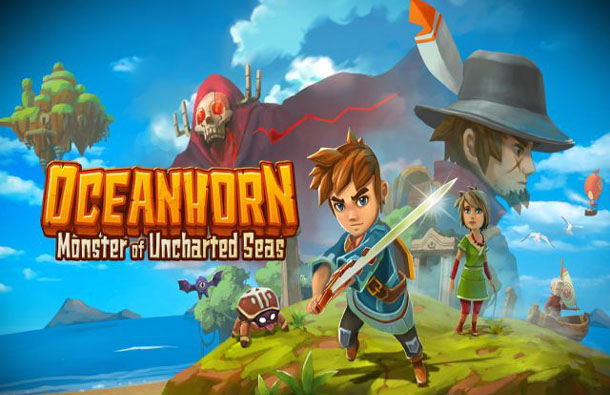 As close to capturing the spirit of Zelda as any RPG before it.

When it comes to classic RPGs there are so many ones that I love but only one series in particular that really sticks with me, The Legend of Zelda. This series alone has inspired many clones over the years including a highly received though not as well known today PlayStation RPG called Alundra. While many games have tried to capture what is great about the Zelda series few have succeeded though developer Cornfox & Bros brings FDG Entertainment’s rather enjoyable Zelda inspired mobile RPG Oceanhorn: Monster of Uncharted Seas to PCs everywhere.

Originally released for iOS, Oceanhorn: Monster of Uncharted Seas made its way over to PC with not only a more flushed out control scheme but a graphical overhaul to take advantage of PC resolutions and a much larger screen. While you can see Oceanhorn’s root in the mobile market with its menus, world and interface design this upgraded version really shines with its cartoony visuals.

Oceanhorn tells the tale of a young boy whose father leaves one night to seek out the monster, Oceanhorn, who was once a protector of the kingdom of Arcadia. Starting out with nothing but a stick you make your way gaining access to a sword, shield, bow and other items to help you through each new island and with them new challenges. To be fair Oceanhorn isn’t a particularly challenging game overall but the challenge for me was unlocking and finding all of the treasures and abilities that the world of Arcadia has to offer. 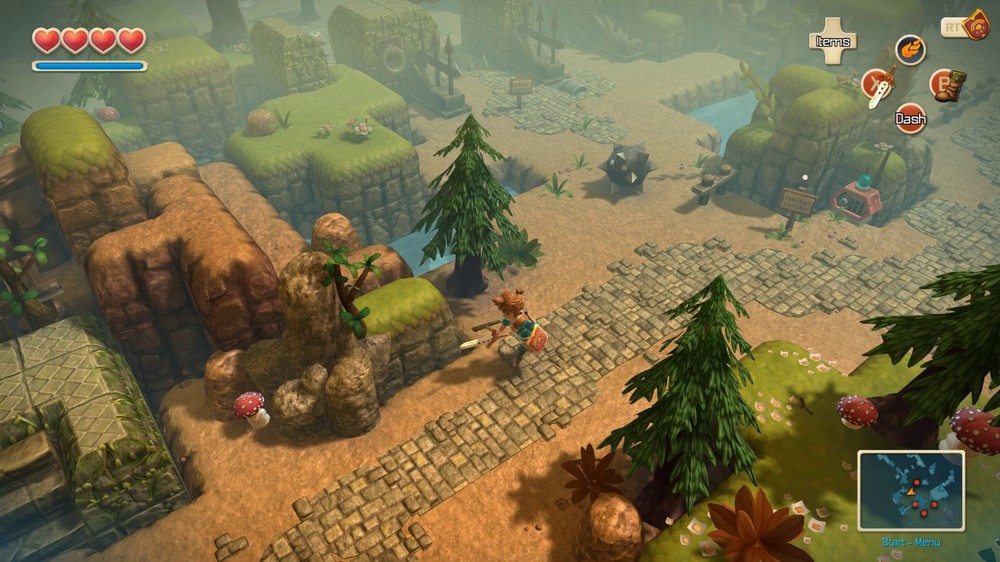 It’s easy to see world of Arcadia was designed to be explored in small bites as the islands that you explore aren’t all on the map at first. As you progress through the story more of them are revealed though some are only found from random bottles, letters and using things like telescopes found scattered amongst the places you visit. The weird thing is you pass by the places where these island are supposed to be but they are only visible and travelable to after you hear about them. Had I not known this was a mobile game first I would have though this development choice more odd than I do.

While Oceanhorn had wildly compared to the likes of Wind Waker in the fact that you travel by boat between islands and the island structure as a whole there is little you can actually do with the boat which really a bit of a disappointment. Using the world map you can select any of the visible islands and then you travel there in via an on rails system. This isn’t entirely boring though as you gain access to a gun that allows you to destroy debris in your way as well as sea creatures that try and sink you along the way. You are also rewarded with coin and experience for doing so. You will also make return trips to some of if not all the islands later to 100% them, at your own choice, to find all the secrets and collectibles like heart containers. 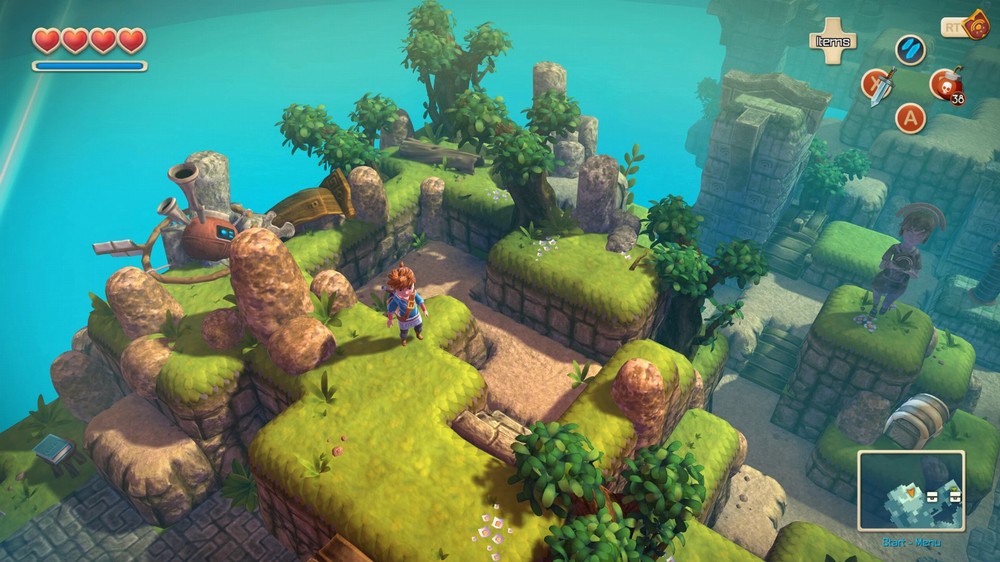 Some places can only be reached by using some of the items like the Trencher Boots found later in the game including one island that requires the boots to even step foot on. While the bombs and bow are quite useful in combat, the Trencher Boots proved more valuable overall. For starters, the young hero in the game can’t jump across gaps but he can hop off ledges to lower areas much like our green garbed friend. The boots however allow you to jump gaps allowing access to areas previously inaccessible. The boots also allow you to roll in and out of combat which is quite valuable at times.

Combat in Oceanhorn is actually pretty enjoyable and pretty easy to do with either the keyboard and mouse or a gamepad and harks back to the days of Zelda. One of the biggest things that I like about Oceanhorn is that while attacking your enemies is simply hack and slash, defending yourself with a shield, rolling out of the way or dash sprinting all use stamina. So while the combat isn’t overly challenging, except the bosses, you still have to use some strategy to keep from dying especially later in the game as the enemies are a little stronger. Swimming in the sea also uses up stamina and can cause a swift death if not careful. 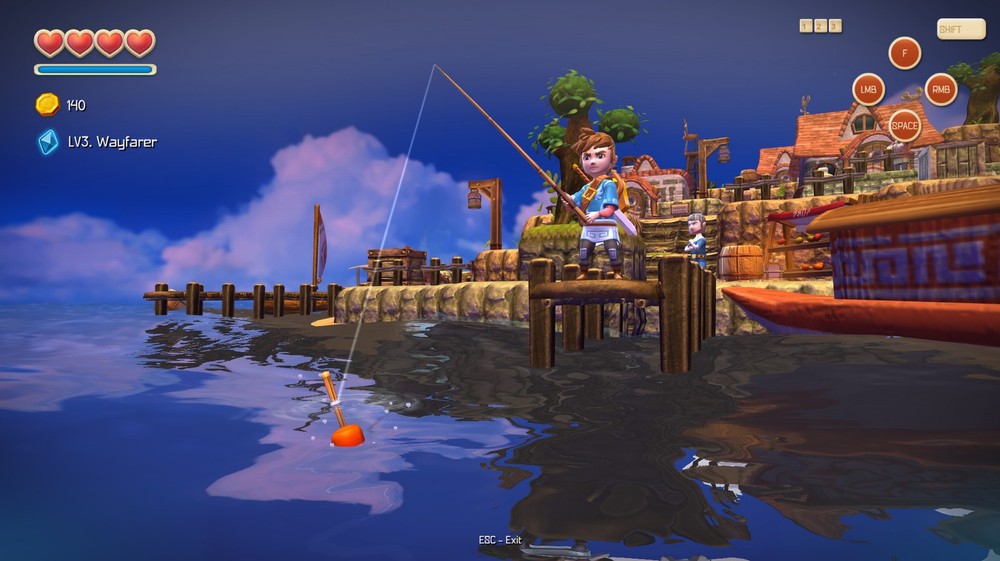 As I mentioned before Oceanhorn is presented in a vibrant and cartoony manner which I feel really adds to its appeal for me. Everything from the people to the monsters and locales are beautifully created. The world itself is pretty but it’s not without some technical issues. There were more than a few times that I got stuck in the environments or fell through a barrier that I shouldn’t have and was forced to quit the game and reload it. The game does checkpoint as key areas or whenever you pass little boxes that light up at regular intervals so you don’t lose a lot of progress but it is rather annoying. Oceanhorn does feature a mini-map in the corner that will show you chests even if they haven’t been revealed though there is no full screen map which makes places a bit hard at times to navigate especially when you’re trying to get back to certain areas. Though no matter if you’re looking for treasures or making your way through the game, Oceanhorn also features a rather enjoyable score to accompany its gameplay.

Oceanhorn: Monster of Uncharted Seas is prime example of a game that brings me back to an era of amazing RPGs. Its combat is pretty solid, the dungeons and world are fun to explore and the music is enjoyable. There were a few features that I thought it lacked but if they ever make a sequel to this that is something I would love to see. PC gaming has never really had a title so close to capturing the spirit of Zelda so if you love Zelda as much as I do check out Oceanhorn: Monster of Uncharted Seas today. 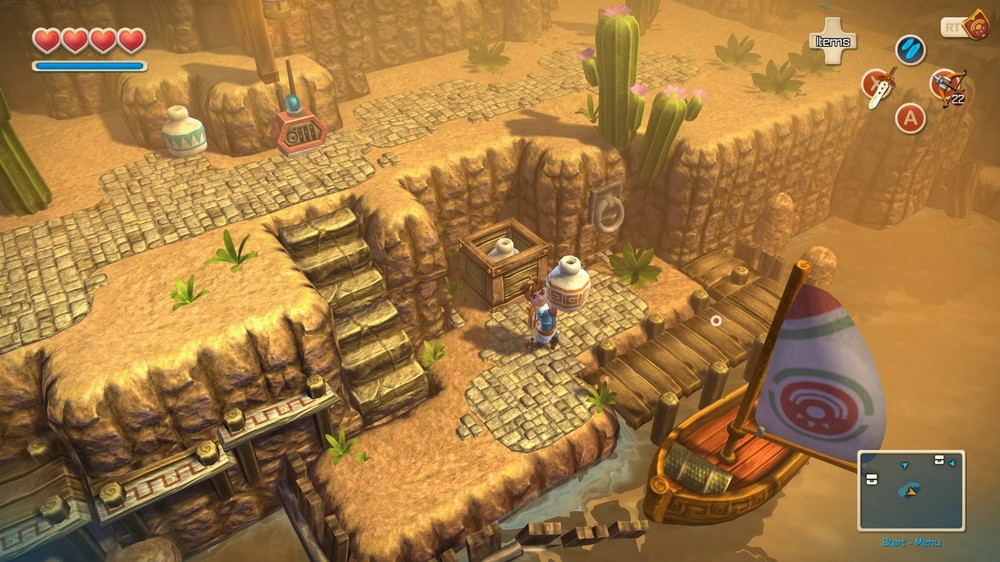 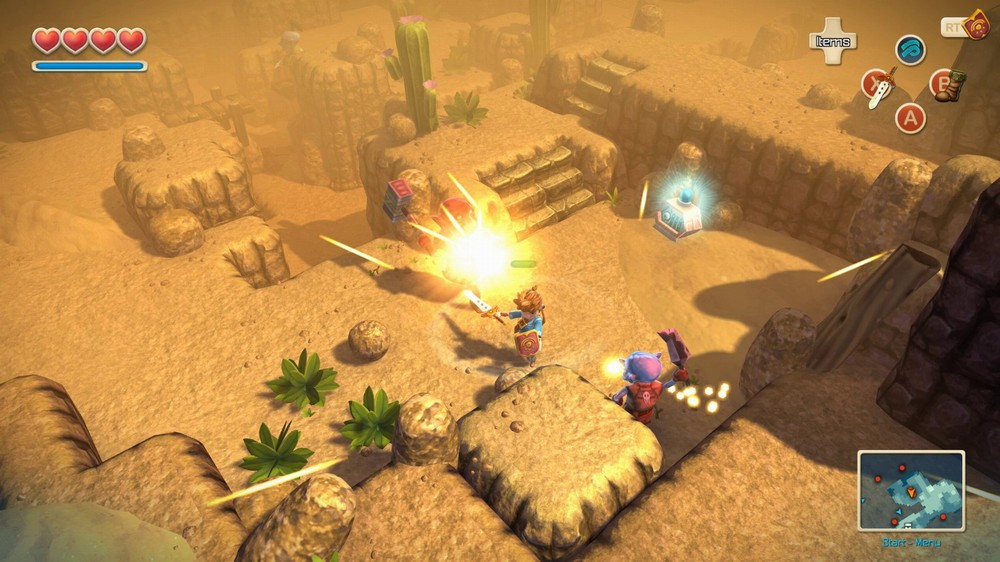 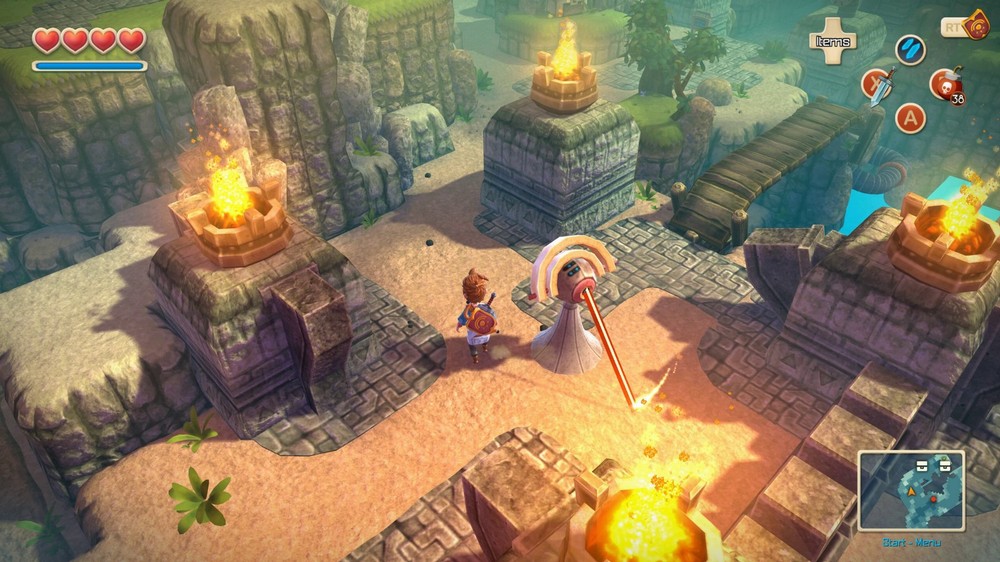 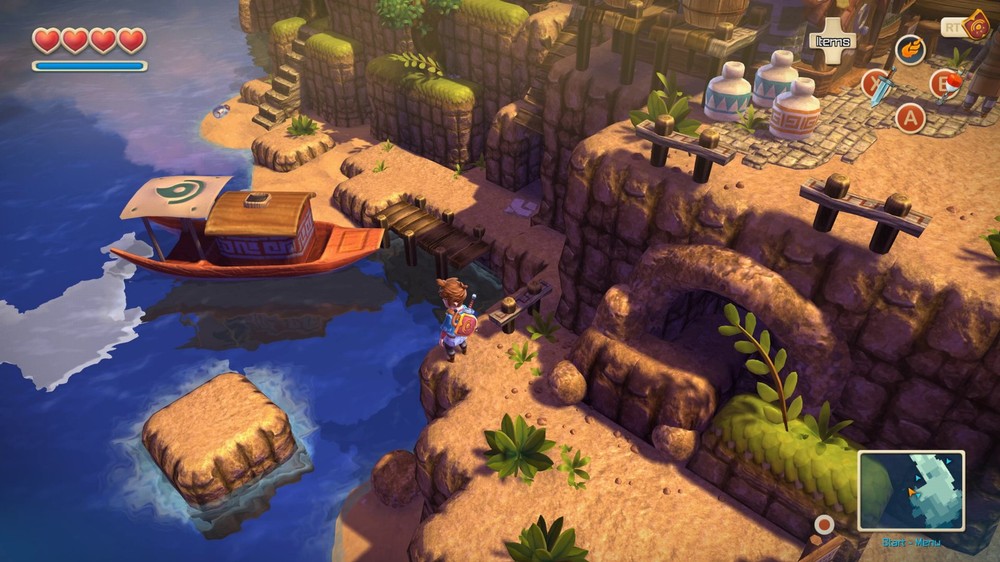 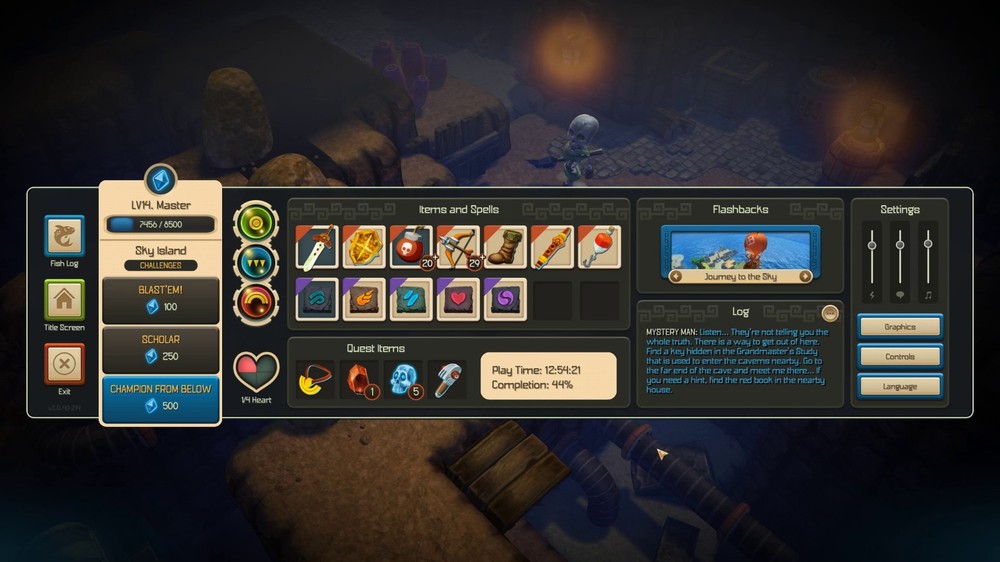 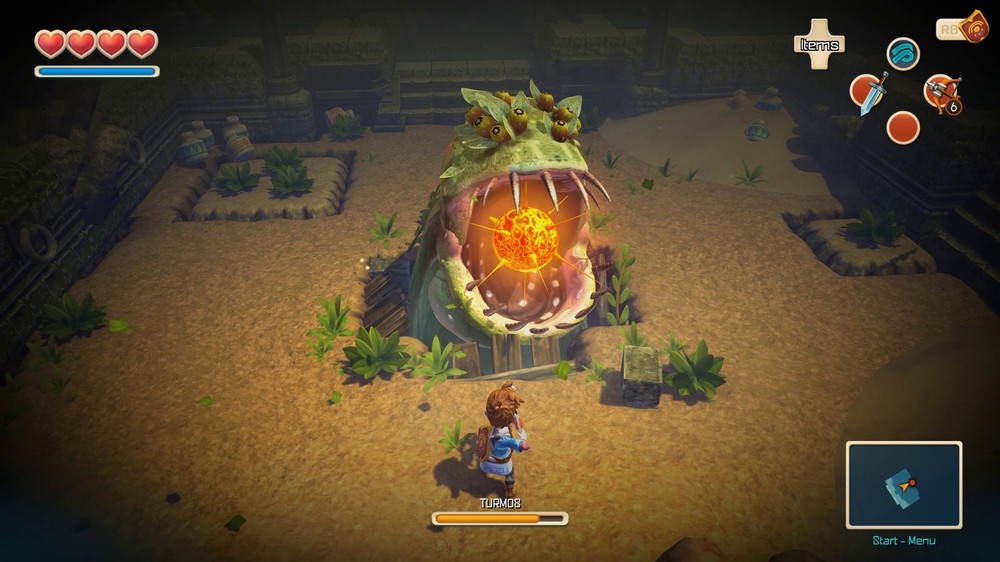 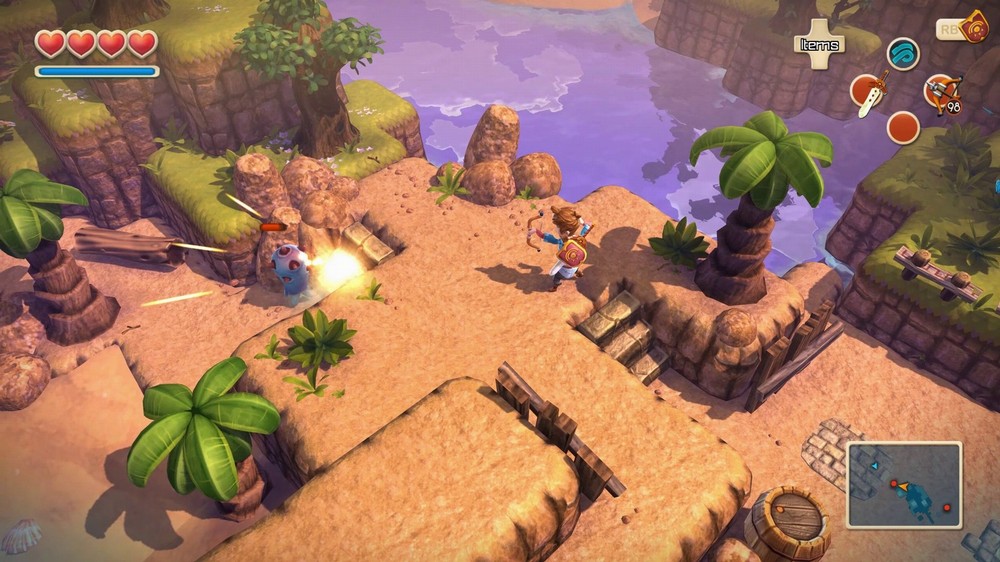 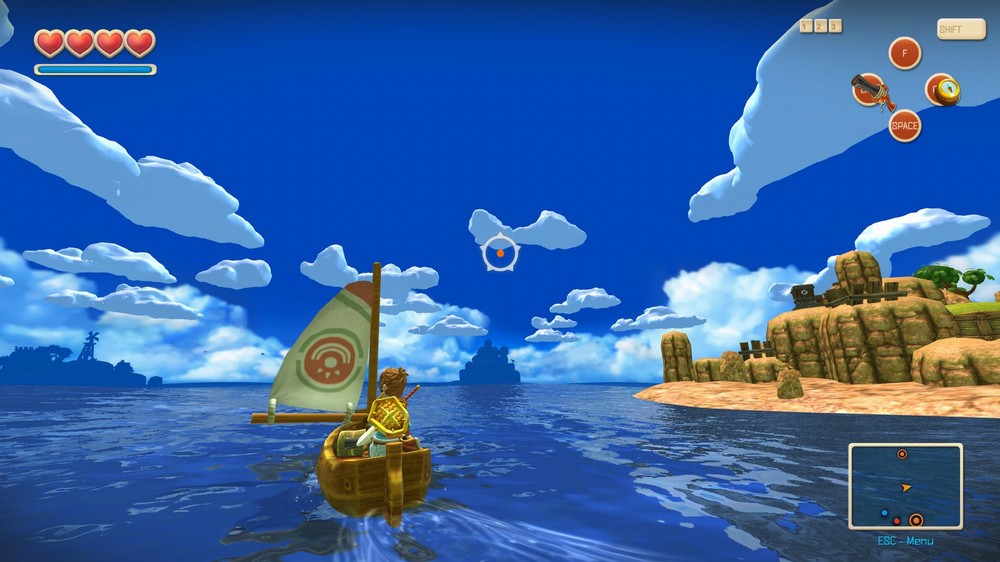 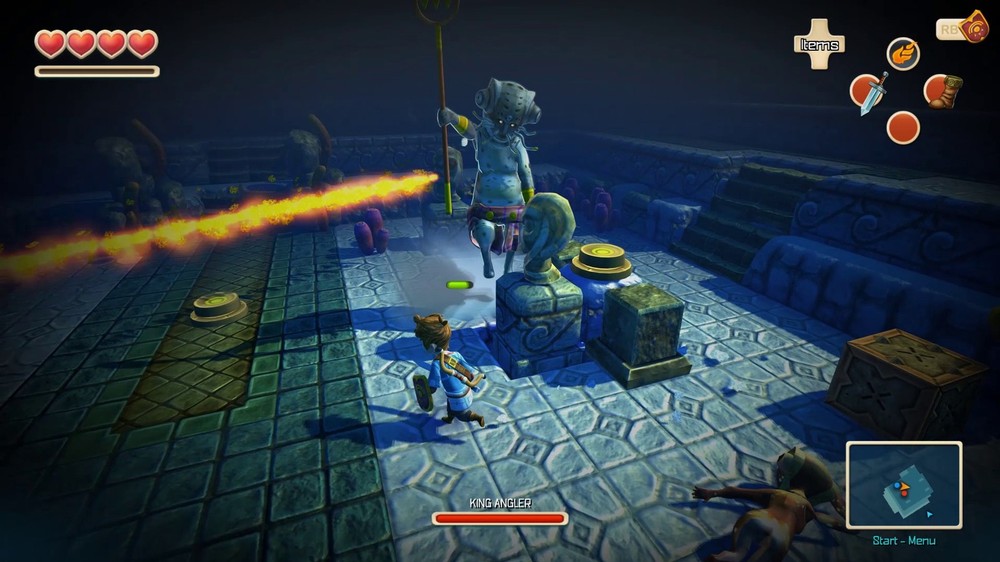