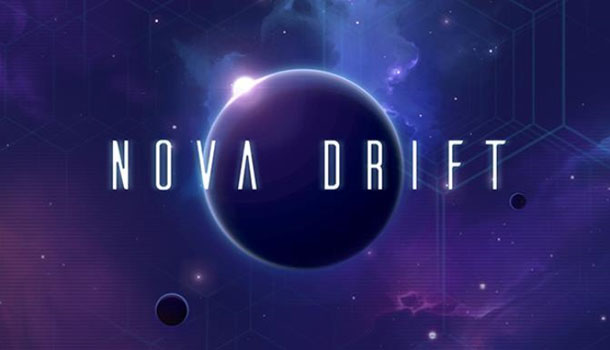 One of the best arcade space shooters I’ve played in years.

This is my third arcade space shooter review this week, and having covered titles on the PS4 and Xbox One it’s only fair the PC gets some love, this time with Nova Drift, a game that has been in Early Access for most of this year and has just received a major update.   Nova Drift achieves something quite special with its unique blend of classic space shooter mechanics seamlessly fused with action-RPG elements to create a truly functional rogue-lite arcade game.

On the surface, Nova Drift has everything going for it with some amazing visuals including simple, yet detailed shapes, blinding colors and dazzling special effects to create all this epic chaos and destruction set against these gorgeous interstellar backdrops. The framerate is silky smooth, which translates into super-responsive controls with just the right amount of inertia-drift that make the game so much fun to play, especially with the amazing music of Miles Tilmann driving the action. 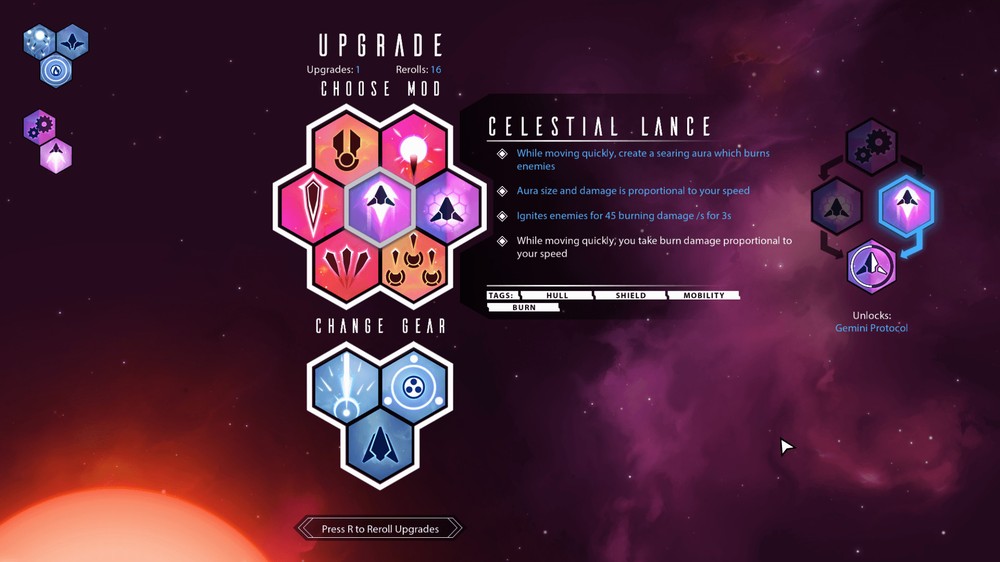 Of course what sets Nova Drift apart from any other space shooter is the modular upgrade system that guarantees no two games are the same. As you play the game and clear the screen of enemies you will frequently get prompts to upgrade your ship. A menu pops up and you get an ever-changing assortment of mods that will boost the offensive and defensive capabilities of your ship. It works a lot like collecting power-ups in those other shooters only in Nova Drift the game pauses and you get to put more thought into what you are installing, plus there are over 150 different upgrades. This allows for unprecedented customization and experimentation to find that perfect ensemble of mods.

Games are relatively short and randomly generated each time and when combined with the infinite possibilities of upgrades, every game unfolds just a bit differently. Nova Drift is unpredictable and exciting to play and with the frequent pauses for upgrades I found it more thoughtful and a lot less stressful than other shooters. When the game officially launches there will be a campaign mode but for now there is a Practice mode and an Endless survival mode plus the new Wild Metamorphosis mode just added that adds 24 new mods to the already-impressive arsenal of upgrades. This new mode turns Nova Drift into a proper rogue-lite experience, increasing overall building potential while making it more difficult to setup mod combos. You’ll definitely want a good grasp of the core game before attempting this. 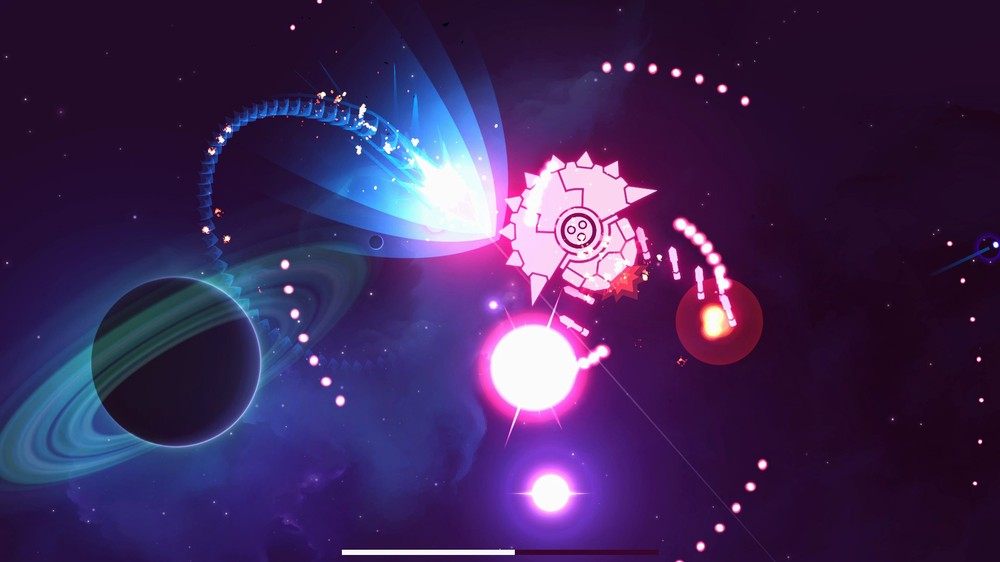 New game modes are in the works along with numerous Challenge modes that can be unlocked by achieving high scores. The amount of unlockable content in this game is staggering; everything from features, gear, and challenge modes, to a vast assortment of mod trees.   There are an incredible number of stats and variables all working behind the scenes, all affected by your numerous upgrades and all viewable in the game’s pause screen.

Nova Drift is one of the best arcade space shooters I’ve played in years. I usually feel out of control in these games, simply waiting to die, but here I feel more in control of my ship and my powers, and the ability to constantly be changing or enhancing my abilities is pure genius. For only $15 ($23 with soundtrack) you won’t find a more enjoyable arcade shooter that blends reflexes and tactics. I’ll definitely be back when this game officially releases this winter to comment on the campaign mode and cast my final verdict, but for now, go play Nova Drift. 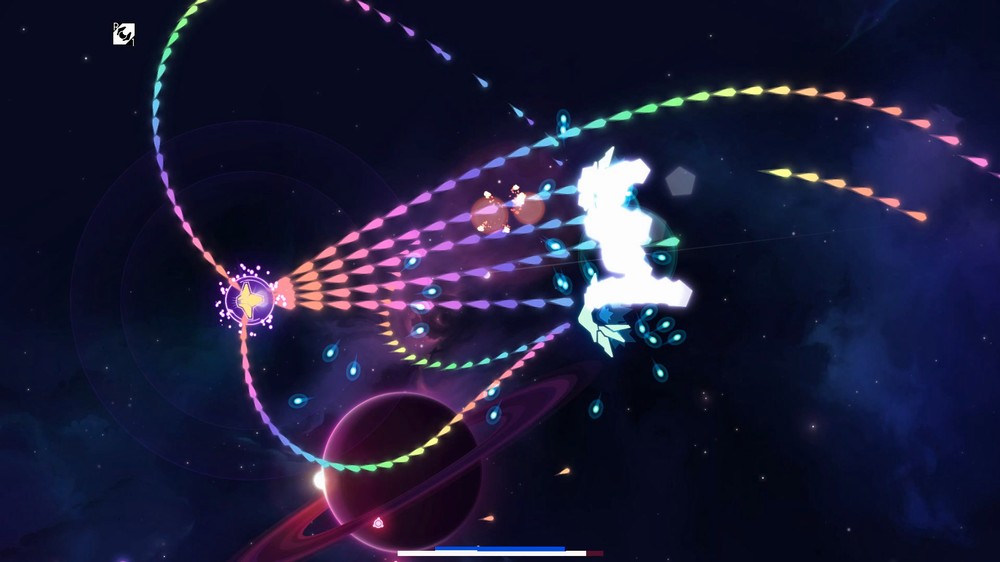 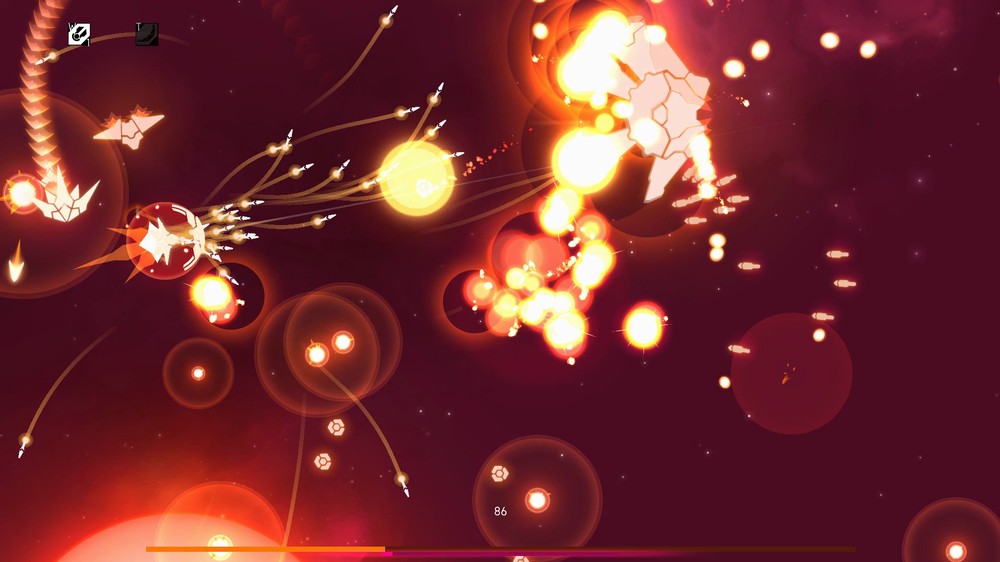 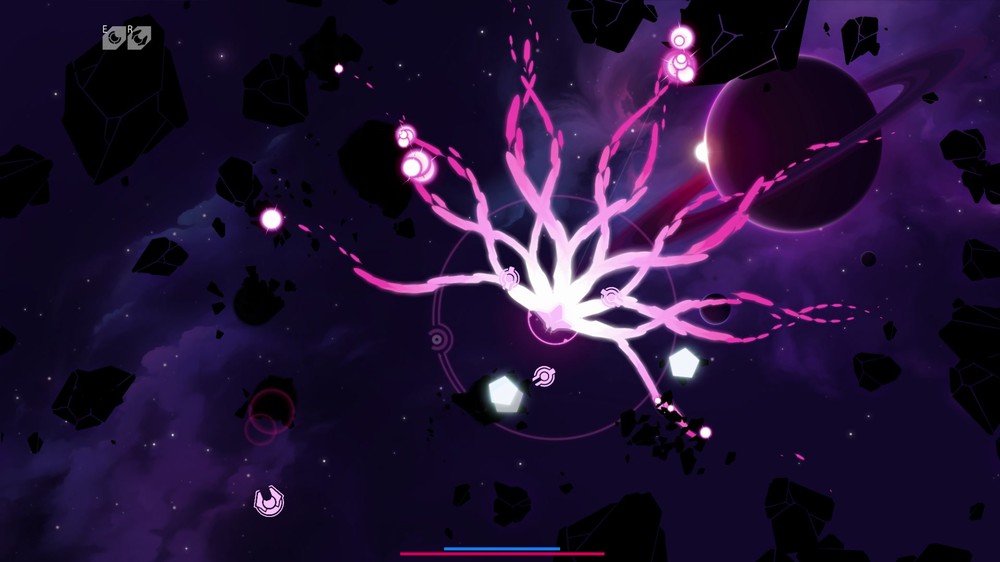 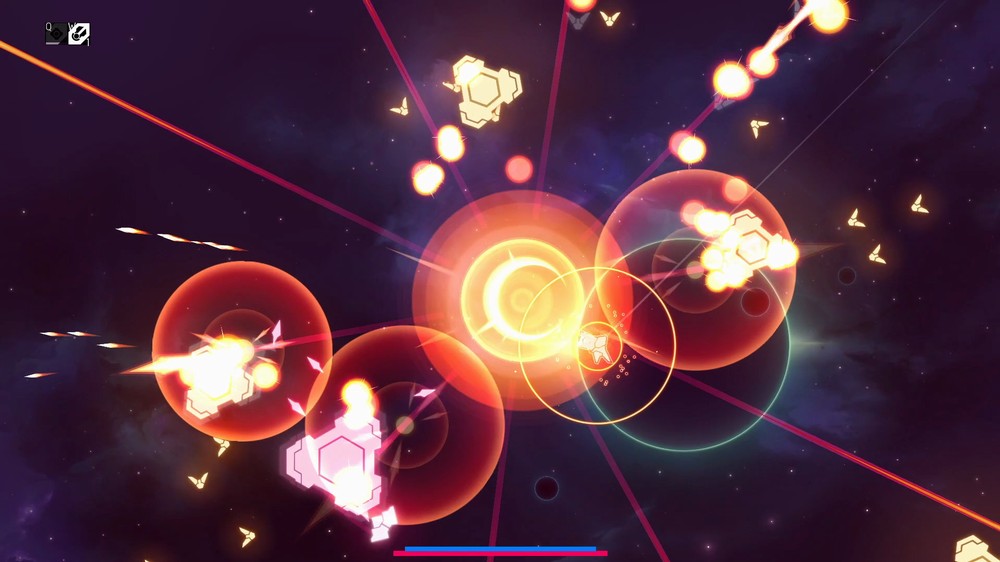 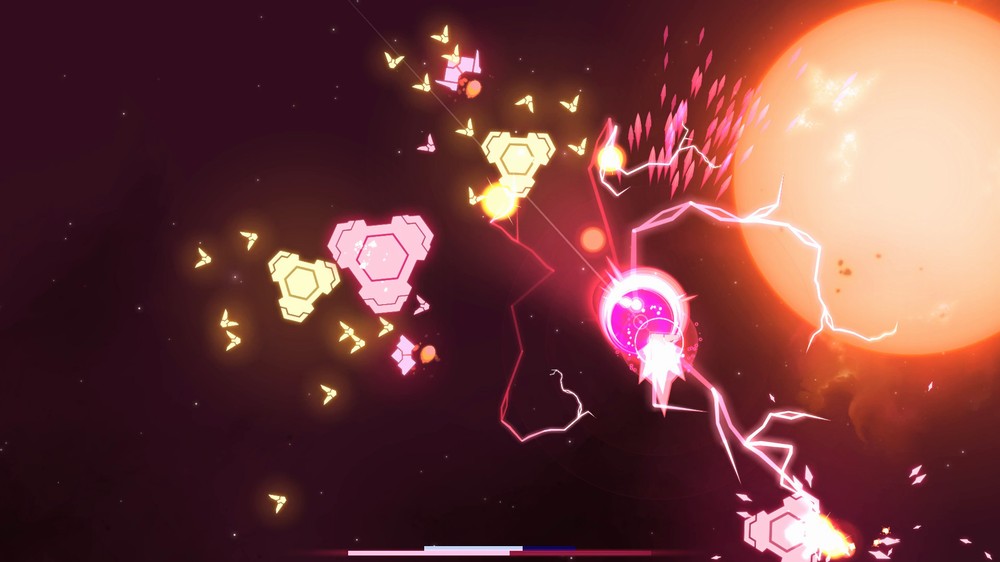 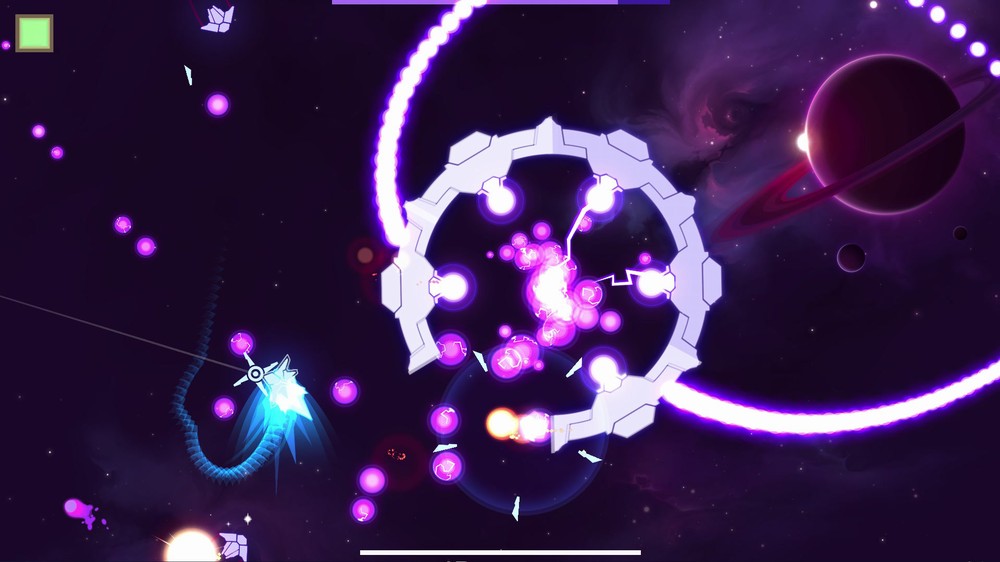