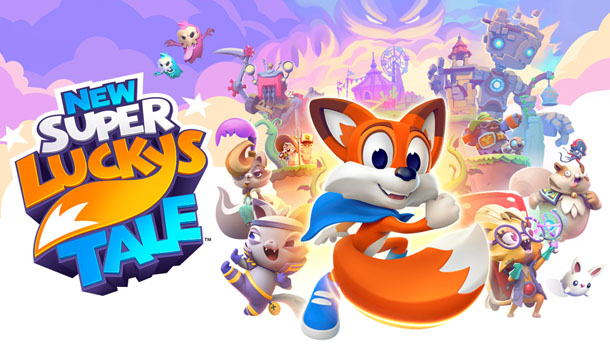 - Sharp ramp up in difficulty made progression a bigger challenge than expected.

Familiar design to other 3D adventure platformers with a unique spin and mechanics make for a good entry into the genre.

New Super Lucky’s Tale is the new and improved Nintendo Switch version of the original title. As far as I am aware, there is no particular difference between Super Lucky’s Tale and this title, other than the fact that it is a Switch title.  Lucky, the titular character for the game is a fox who is on a quest to retrieve pages from the Book of Ages in order to stop the evil Jinx and his Kitty Litter gang. The characters, both good and evil, are fun, playful and full of charm. The artwork, similarly, has its own unique style, which carries throughout the game.

The basic format of the game is that there are hub worlds that Lucky explores, gathering coins and pages for the Book of Ages. Each hub world has several levels, each of which has four pages that can be collected. You collect one for completing the level, one for gathering at least 300 coins, one for finding the five letters that spell LUCKY, which are scattered throughout the level, and one for finding a secret hidden page somewhere within the level.  At the end of each hub world, you will confront one of the Kitty Litter as a kind of mini-boss, and then at the end of the game, you face off against Jinx himself. 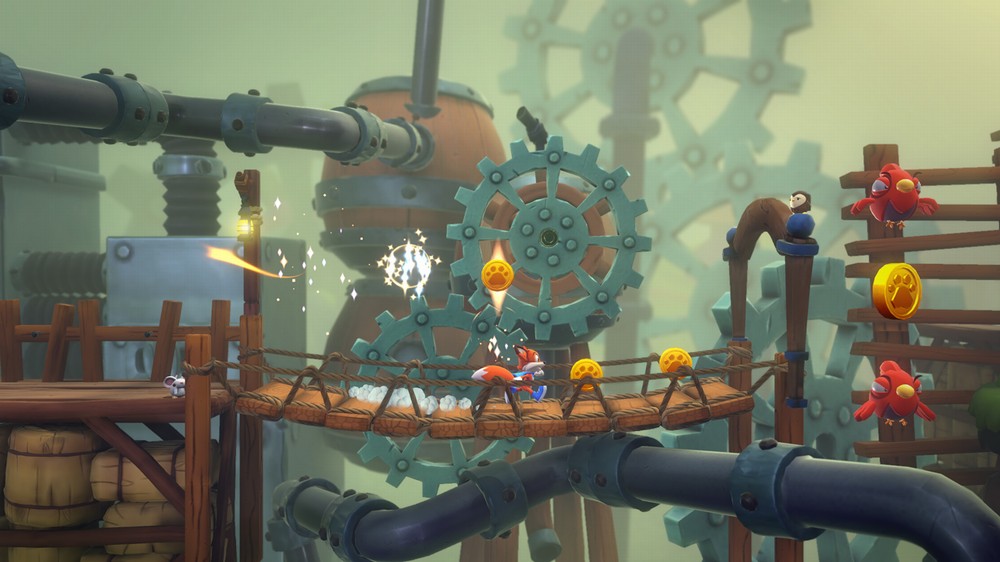 My son Max (9) and I both played the game and we agreed that the controls are fairly intuitive and familiar to anyone who has played other 3D platformer games, such as Banjo Kazooie or some of the more recent Mario games. Lucky is able to traverse the levels by running, jumping, tail swiping, and even burrowing and traversing “underground” through earthen parts of the ground. Combinations of these various movement options can make Lucky very agile and capable against the various creatures and foes that he comes across in his quest across the different levels.

The game’s responsiveness is nice and smooth. Neither of us ever felt that we died due to a lack of fidelity in the controls. However, my son felt that the increase in difficulty ramped up too quickly as he progressed. Where he felt that it was very easy early on, he quickly began to feel overwhelmed. After playing it as well, I think that the cause of this frustration was that at a certain point, the game introduces a lot more obstacle types, whose function are not immediately apparent. Only after dying to them a few times do you begin to figure out what they do and how to avoid them. The fact that their threat isn’t immediately apparent, combined with the addition of so many at once, adds to the challenge level. Also, the fact that the hub levels are non-linear, allows you to “accidentally” attempt levels that might have been designed to be more difficult prior to ones that might be a little easier. 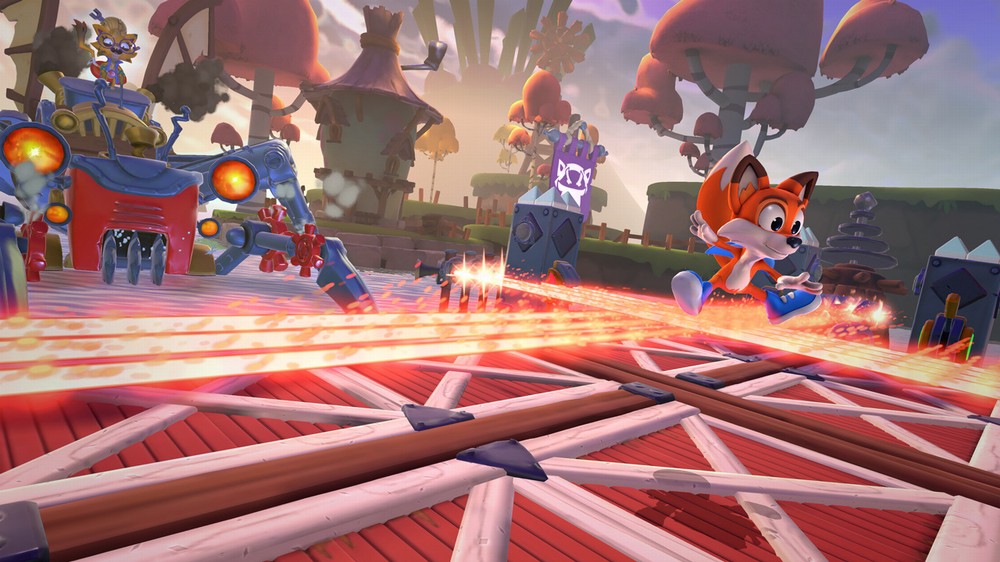 Overall, however, I felt that the difficulty was challenging but accessible. There weren’t any parts of the game that I experienced that I felt were impossible or inordinately difficult compared to the rest of the game.  Fortunately, the game checkpoints very frequently and even if you manage to lose all of your accumulated lives on a particular level, the only real punishment is that you are forced to start back at the beginning of the level with a fresh batch of five lives. So, even a kill screen doesn’t mean “game over”, and a determined player can keep trying a particularly challenging level over and over until they finally complete it.

The game fits very well into the genre with other huge names like Mario and Crash and anyone looking for another title with a new, fun cast of characters in the same style of gameplay will not be disappointed with New Super Lucky’s Tale for the Switch. 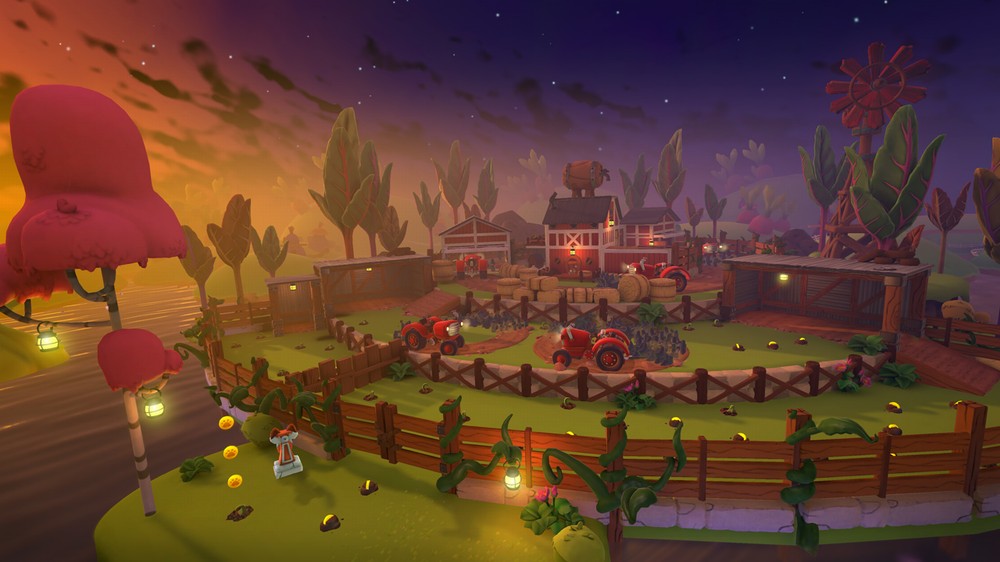 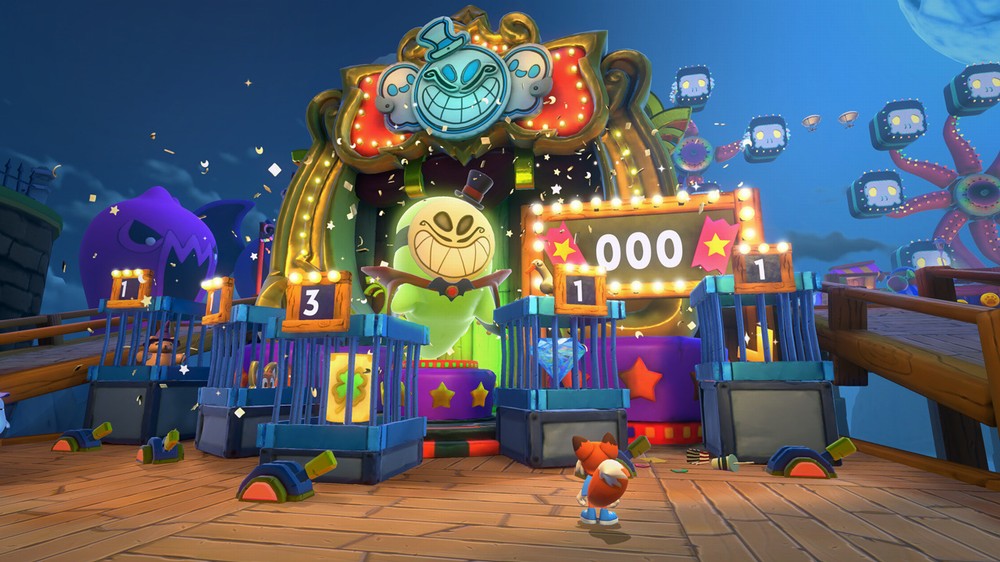 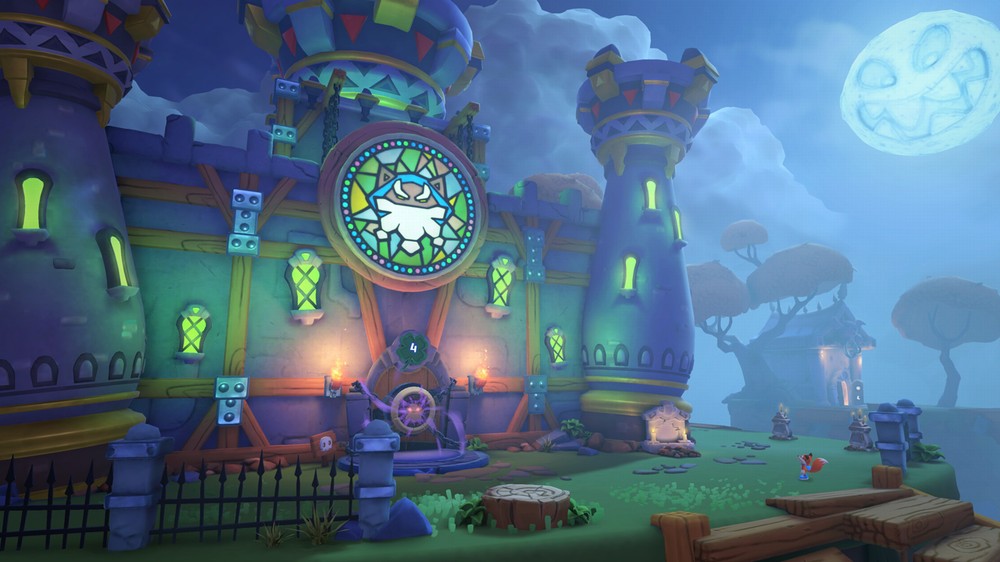 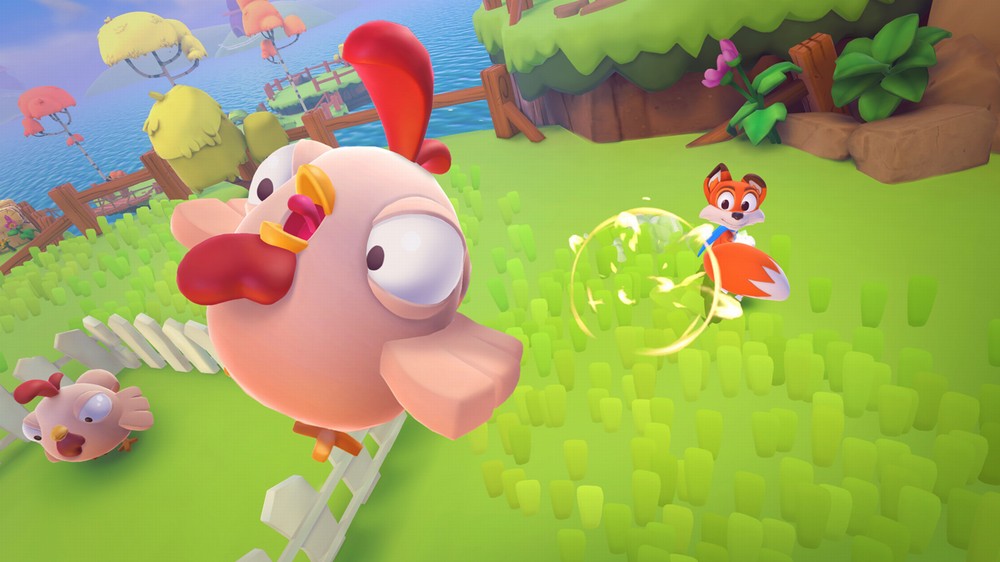