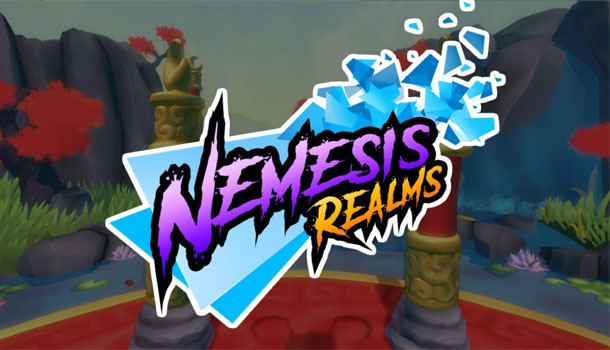 When you think of VR games and the people who play them it’s easy to conjure up the classic image of the solitary gamer flailing around in an empty game room. A curse of its own design and implementation, VR is almost always a solo experience, and multiplayer is generally not a consideration. PlayStation VR made some impressively fun multiplayer VR games that appeared on their various demo and sampler bundles – I still play that robot “ghost buster” game to this day – but when it comes to significant standalone games you just don’t see anything targeting the party culture.

For local multiplayer to work in VR you have to have a shared experience where one person wears the headset and everyone else gets to play the game from another perspective, usually with controllers on the TV screen. In the case of Nemesis Realms the VR player become any of three larger-than-life bosses while up to four others grab a controller and become their own unique hero and try to take the boss down in an epic battle royale. It’s a surprisingly functional concept that is fully realized thanks to a nice split-screen mode for the heroes and some immersive motion controls for the VR boss. 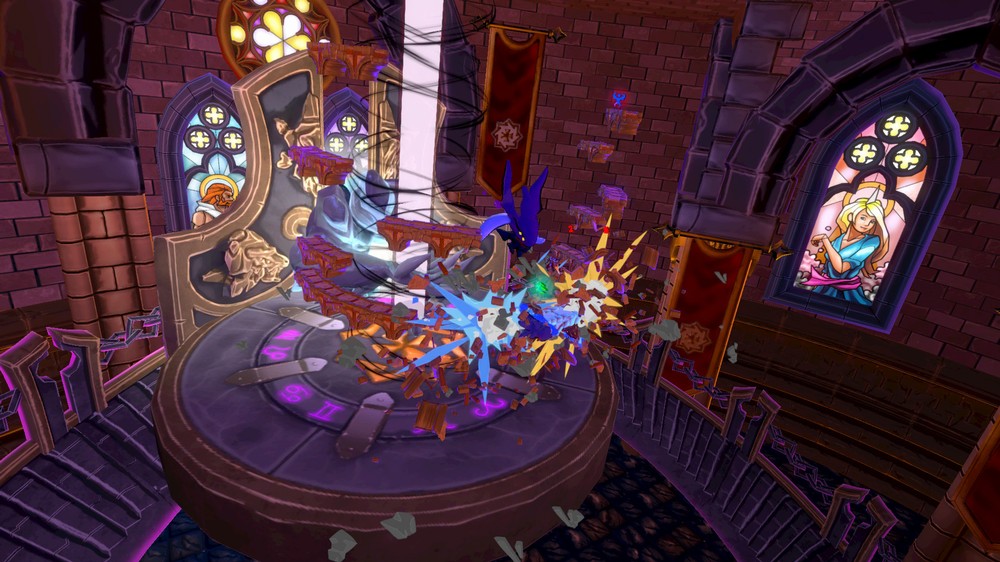 Boss fights have been a staple of gaming from the beginning, but Nemesis Realms mixes up the concept by having a human play the boss. All too often winning a boss fight is all about learning some patterns and exploiting an opening or weakness, but when you add the unpredictable human element to the equation everyone has to stay on their toes. As the boss, the VR player will have creature-specific attacks at their disposal activated by intuitive motion controls.

While the VR bosses are powerful adversaries they don’t have much in the way of defense, which can send the game slightly askew if you are going up against more than two heroes. There are adjustments you can tweak in the options and the designers have recently addressed some balancing issues so things are better than they were last month. 1v3 seems to be the sweet spot for the best experience. There are plenty of options to tailor the game to your liking and these can be changed in or out of VR, so the only reason to remove the headset is when a new player wants to be the boss. 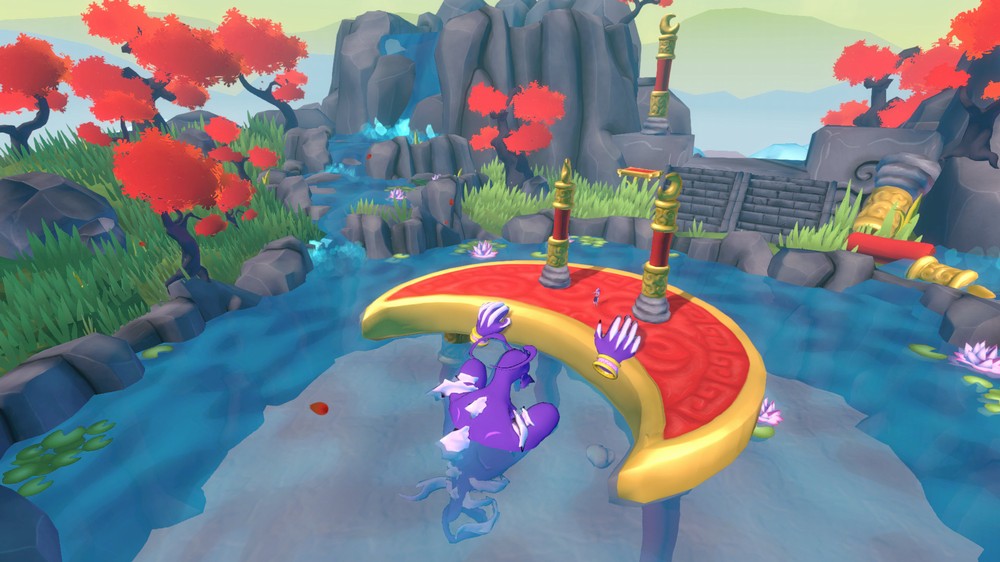 Controls are pretty intuitive but you’ll definitely want to view the tutorial for each boss as attacks differ per creature. As the boss you’ll mostly be using arm and hand movements like pointing, grabbing and tossing, and the newly added third Lich boss not only combines the motions of the first two but adds in limited control over the combat arena. Heroes will use controllers to move about the combat arenas, jumping, dashing, and gliding about at the expense of stamina. Power-ups like health, speed, and invisibility will spawn randomly and are critical in winning most matches.

The presentation is delightful with a charming and colorful art style in its core design that is perfect for both VR and screen viewing. The 3D effect in VR is great and the framerate is smooth enough to prevent motion sickness.  Characters are large and exaggerated and overly stylized in a cartoonish way, which definitely keeps the game family-friendly. While the various hero characters are nicely defined and detailed, the further you advance in the game the better the arenas and boss characters look. It’s like the artists got better the more they worked on the game. The sound effects and music fit the theme of the visuals and the intensity of the gameplay perfectly.

I played Nemesis Realms on both the Vive and the Rift and there was virtually no difference in the way these games played or looked. Personally, I found the Oculus Touch controllers a bit more comfortable, and if you are planning to pass the headset around to share the boss experience the Rift seems a bit easier to find that one-adjustment-fits-all strap setting. Heroes use regular Xbox controllers, and you are free to customize those to your liking. 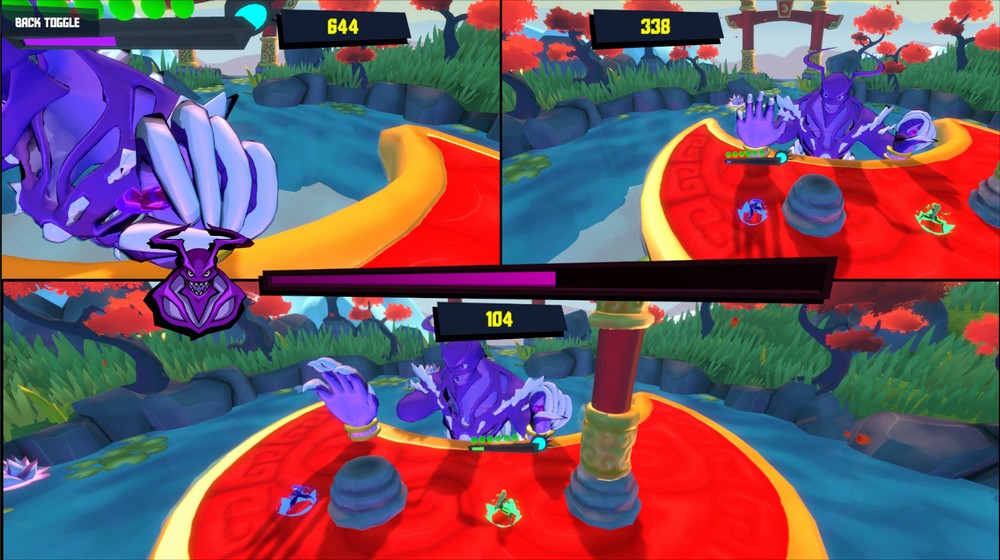 For as awesome as Nemesis Realms is there are some drawbacks. Having no AI for either heroes or boss control makes this purely a multiplayer game requiring at least one other human player. If you only have one other player you’ll need to tinker with the various match settings to find a balance, which usually results in an unsatisfying shortened fight. Ideally, this is the game you break out at parties when you can get 2-4 other people to tag-team against the VR player, but given the narrow target demographic for optimal fun the $15 price tag starts to be an issue unless you can get five friends to chip in $3. Unless some AI options get added for solo play this is probably a $10 game at best. It’s also worth noting that even after the most recent update there are still only three bosses/arenas, and while these are admittedly pretty cool, they will get repetitive after you play a few times, so unless more content is on the way I’d again have to recommend you wait for a sale.

Nemesis Realms has only been out of Early Access for a month and the designers have already made some great improvements and added some impressive new content. If that trend continues then this is going to be one of those rare multiplayer treats for VR gamers. Just keep in mind the current limitations of local multiplayer only before you buy something you can’t fully enjoy. 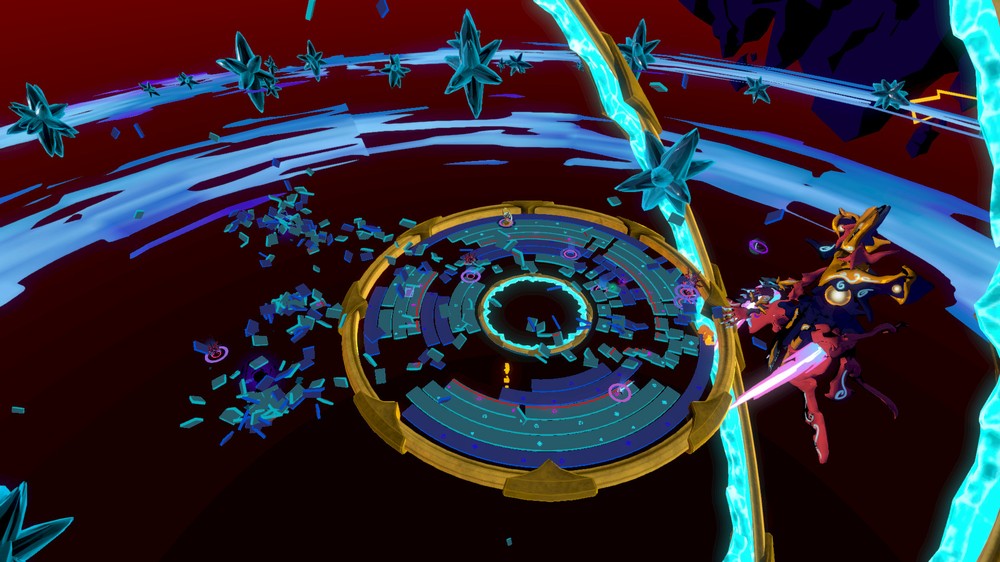 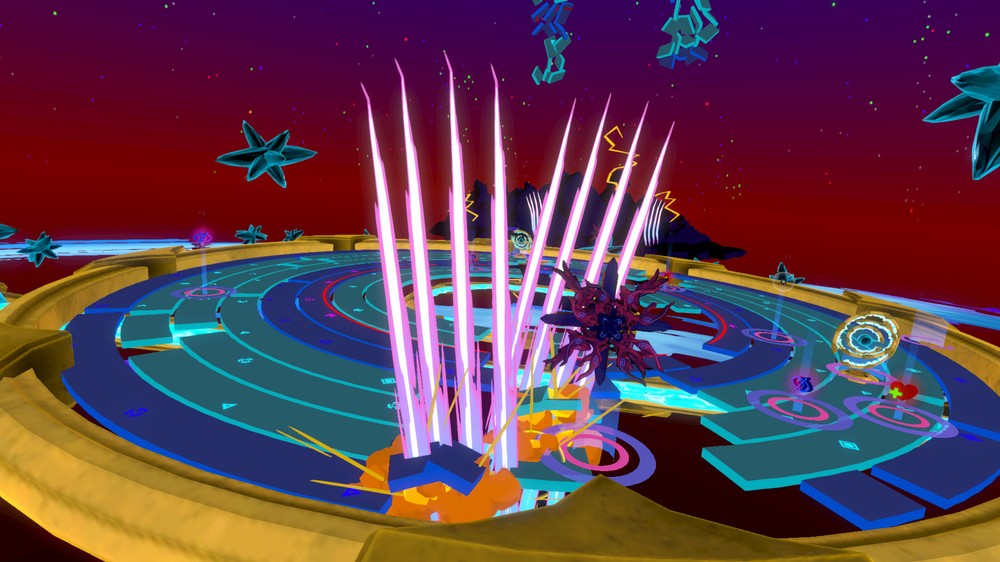 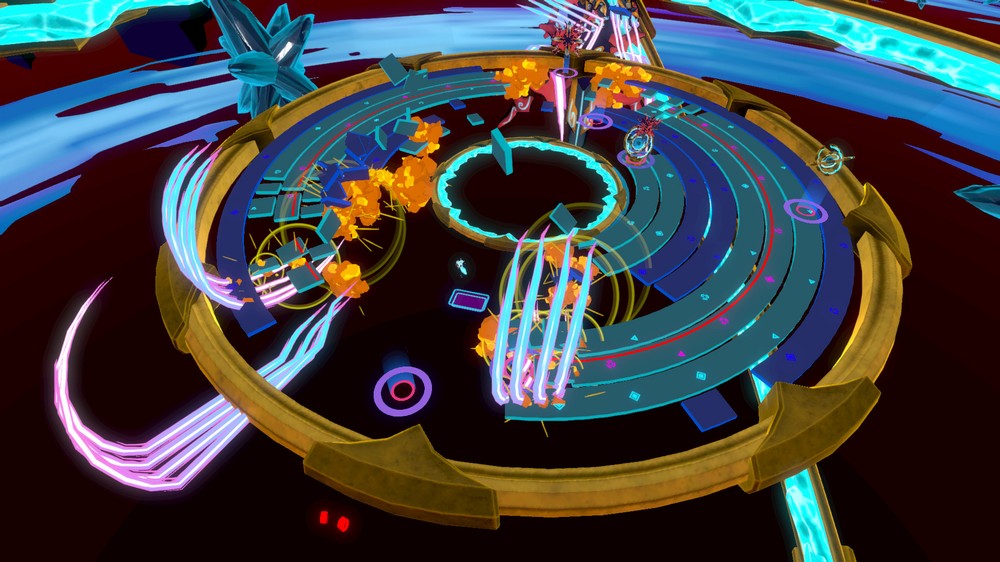 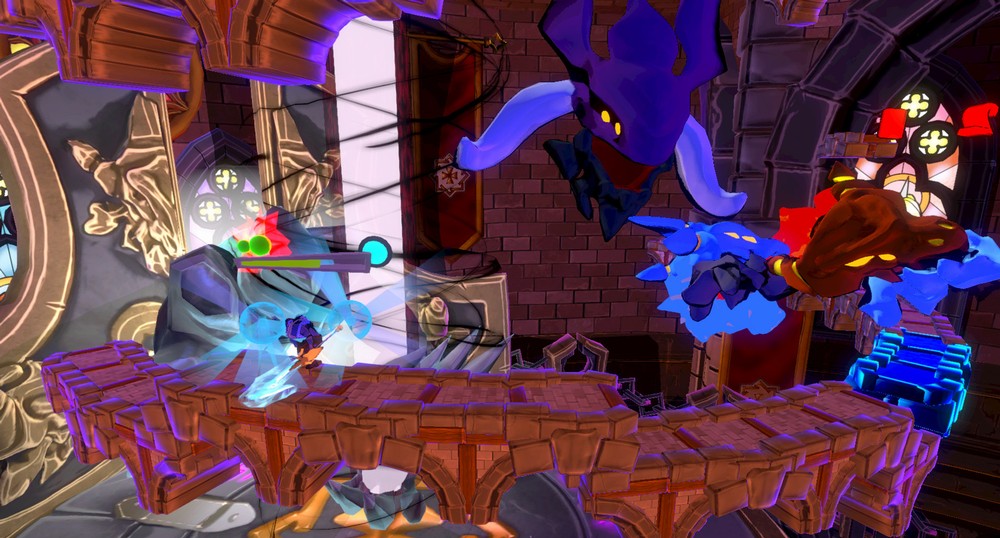