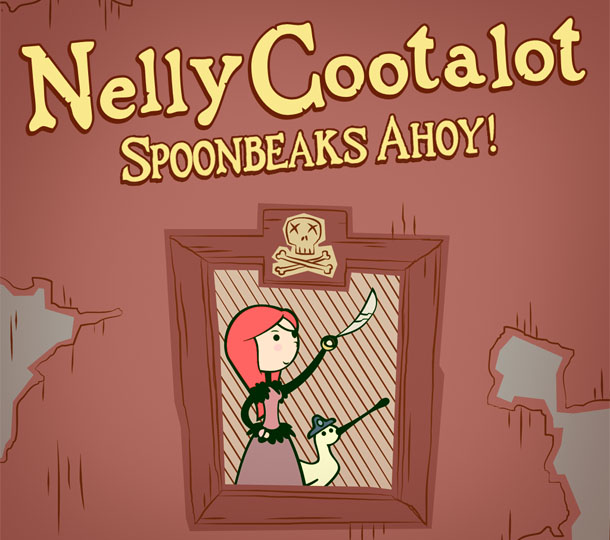 Feels like a concept piece for the second Nelly Cootalot adventure.

I reviewed Nelly Cootalot: The Fowl Fleet back in 2016, and though I was aware that it was the second in the series, it didn’t seem necessary to go back and play the first to gain a deeper understanding of its happenings. However, I did enjoy my time with The Fowl Fleet, and was more than happy to check out Nelly Cootalot: Spoonbeaks Ahoy! when I found out that it was being re-released in an upgraded HD version. Spoonbeaks Ahoy! was also written by Alasdair Beckett-King, though this time he also provides the majority of the voices, which come as an addition to the updated game.

As soon as you start Spoonbeaks Ahoy! it becomes readily apparent that this was originally an earlier game than The Fowl Fleet, as the scope is a lot more restricted. There are fewer locations to explore and fewer characters to interact with, and by the time you’ve finished, you’ll notice that the story is a lot shorter too, with a runtime of two to four hours depending on how much you struggle with some of the puzzles. Thankfully, the strong writing that was on evidence in The Fowl Fleet is still present here, and the charm of the script is met and added to by some excellent voice-acting. 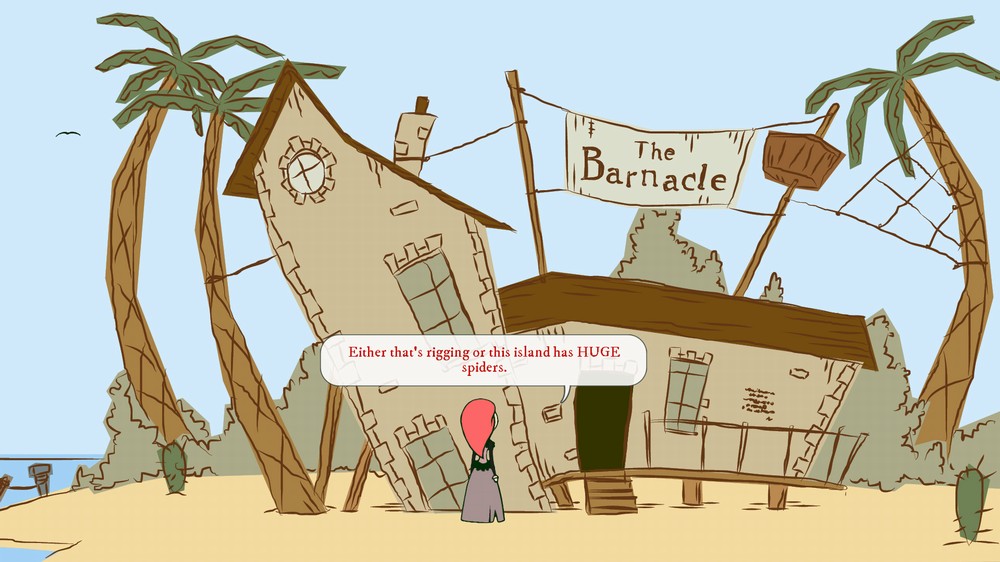 The premise of Spoonbeaks Ahoy! is that the titular birds have seemingly disappeared from the Barony of Meeth, and Nelly, our protagonist, is directed by the ghost of Captain Bloodbeard to investigate their disappearance, and rescue them if necessary. To do this Nelly needs to interact with the inhabitants of the Barony and solve a variety of puzzles in order to progress. Most of the puzzles revolve around bringing the right object to the right person or place, though there are some that require a fair deal more brainpower.

When I reviewed The Fowl Fleet I had a minor complaint that most of the puzzles weren’t particularly difficult, and that most of the game felt like following a reasonably linear thread from start to finish. Though Spoonbeaks Ahoy! does exhibit the same behavior for large portions, there were a few puzzles that seemed to be more of the Monkey Island variety, requiring fairly large leaps of logic and a lot of random clicking and combining, hoping to stumble upon a solution that didn’t seem evident at the time. This made for some frustrating playing, and there were a couple of opportunities where I had to walk away and come back later on, once I’d refreshed my patience. 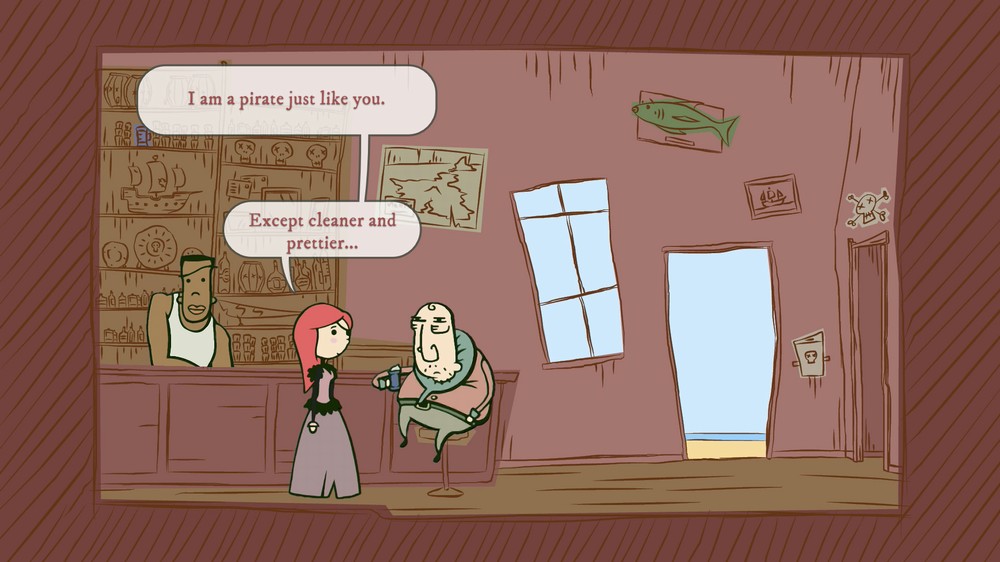 I did find that the audio and visuals encouraged me to keep playing just a little longer, even if some of the repeated soundbites got a little old when I was studying a single screen for any hint of a solution. Each environment feels like it’s pulled from a sketchbook, and although some games would end up with this effect feeling cheap, Spoonbeaks Ahoy! makes it endearing, and it fits in perfectly with the general feel of the experience. It feels like Nelly Cootalot is a real passion project for Alasdair Beckett-King, and his love for the character and the series shines through.

It definitely felt strange coming to Spoonbeaks Ahoy! having already played The Fowl Fleet, as this earlier game definitely feels like a concept piece for the second Nelly Cootalot adventure. The puzzles aren’t as well realized, the characters aren’t as strongly defined and the story is a lot shorter, but for the most part, I still had fun with the game. It’s also worth mentioning that all proceeds from this updated version of the game go towards a bird charity in Great Britain, which means that you don’t just get to enjoy yourself with a tale about pirates, but you also get to feel like you’ve contribute to a good cause, too. 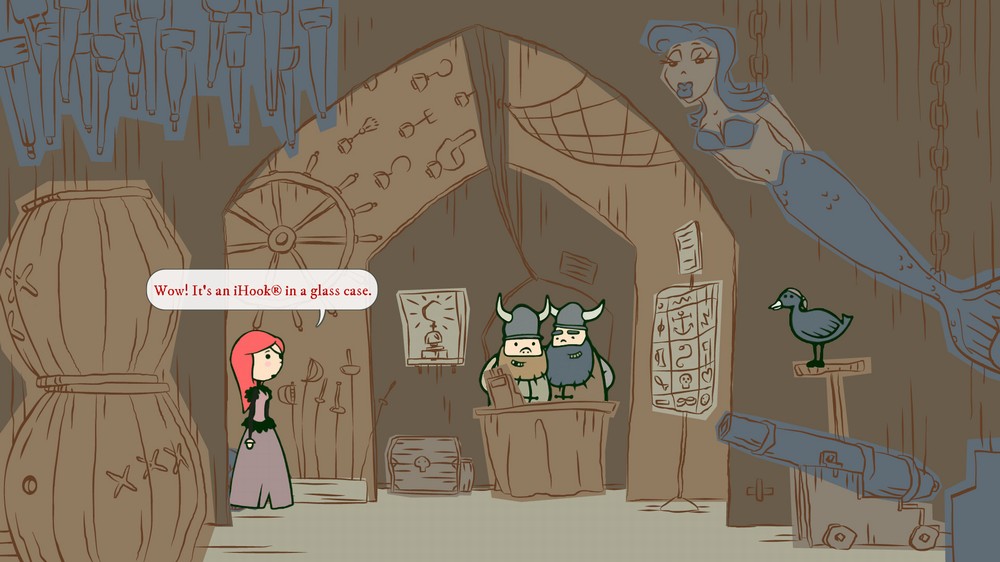