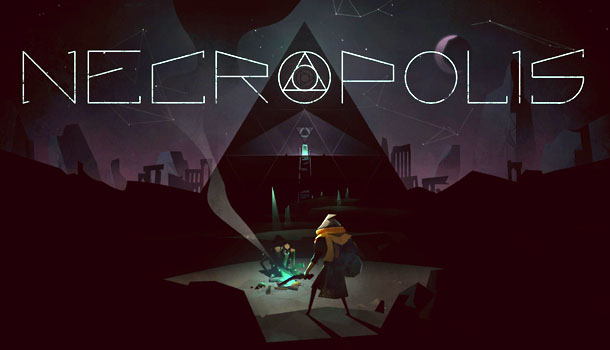 + Good sense of personality and adventure
+ Combat is well balanced

Not a particularly deep experience, but I had a lot of fun.

It seems to be a fairly rare occasion when a roguelike game isn’t presented as a throwback to SNES-era platformers. Repeated deaths and 32-bit sprites seem to go hand in hand for the genre, so when a title such as Necropolis comes along, which seeks to do something different, it’s worth sitting up and paying attention. Developed by Harebrained Schemes and published by Bandai Namco, Necropolis sees players delving into the titular tomb in search of wealth and glory.

Each time you enter the Necropolis of Abraxis, Necropolis provides you with a brief splash of text that often apes established fantasy tropes, and ensures that you’ll at least enter the tomb with a smile on your face. Unfortunately, there seems to be a small pool of text samples to choose from, as they start to get repetitive fairly quickly, and it isn’t long before you have most of them almost memorized. The charm and humor that is present in these quotes spreads throughout the rest of the game, meaning that even as you’re dying repeatedly, you’re often happy to try again right away. 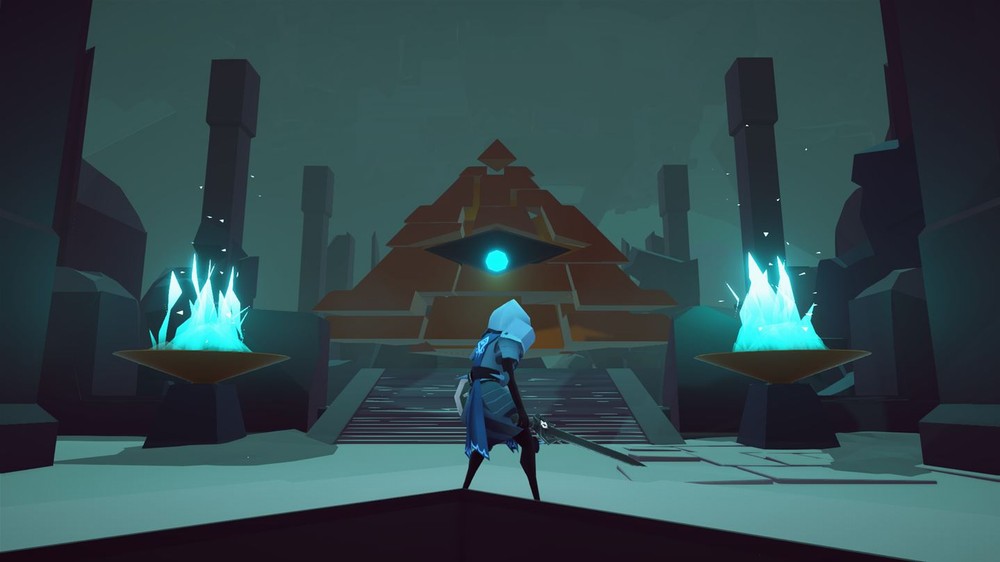 Visually, Necropolis is reminiscent of games such as Ico or Journey, and the fact that both the environments and character models are pleasing on the eye make spending time in Necropolis’ world less frustrating than it could be otherwise. The visuals also add to the sense of adventure, as you’re always interested in discovering what lies behind the next door or what the next floor down of the necropolis looks like. This feeling of venturing into the unknown carries over to the items that you’ll pick up as well, as the game doesn’t explicitly tell you what they are, and instead you’ll have to gamble on whether the effects a certain potion or scroll will have once activated are positive or negative.

Much of Necropolis involves weighing up the positives and negatives of a certain action, not least when it comes to combat. Though it’s not quite a one-and-done level of difficulty, your character can only take a limited amount of damage before dying and losing all of your progress, so it makes sense to only enter into battles that you think that you can win. Combat is slow and measured in Necropolis, to the point where you need to be tactical and plan ahead when taking on even a couple of enemies. A stamina bar is present to ensure that players don’t merely spam the attack buttons, and this is used up by both attacking enemies and blocking their attacks. What’s more, the capacity of this bar will drop if you don’t regularly feed your character sustenance, so finding and crafting food items is often of upmost importance. 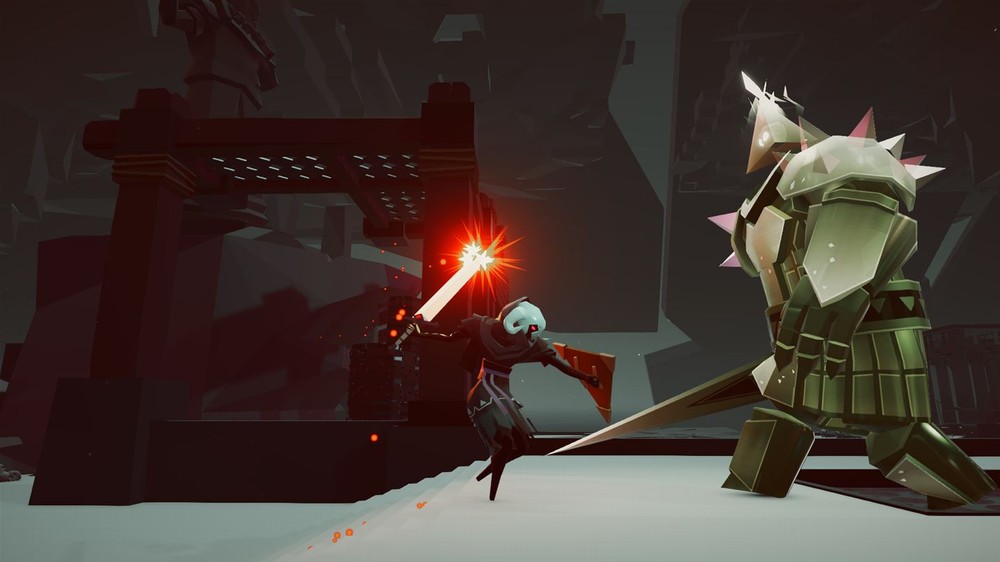 Each time you enter the necropolis, you’re given a set of three objectives, and completing one of these, or collecting enough gems in-game provides you with a Token of Favor. Objectives range from crafting a certain amount of food items, to killing a number of a particular type of monster, to opening treasure chests, and each instance of gameplay will give you different tasks to accomplish. Tokens of Favor are one of the few items tied to your profile instead of each individual character, and these are used to buy codexes. These also remain in your possession permanently, and provide your characters with boosts such as health regeneration, damage reduction or cheaper prices in stores. While these aren’t especially difficult to get hold of, they provide enough of a challenge to grant a sense of achievement, and provide a good indication of how you’re progressing through the game.

One thing that I found a little disappointing with Necropolis was that there didn’t seem to be much reason given for doing what you’re doing, aside from personal pride. I found the world of Necropolis intriguing, and aside from the occasional dash of text scrawled on a tomb wall, there wasn’t any context or world-building evident. Despite that, I was often more than willing to restart instantly upon a character death, such was the charm and personality of the game. It’s not a particularly deep experience, but I had a lot of fun with Necropolis, and I imagine that fans of the genre that are looking for something a little different will enjoy the game as well. 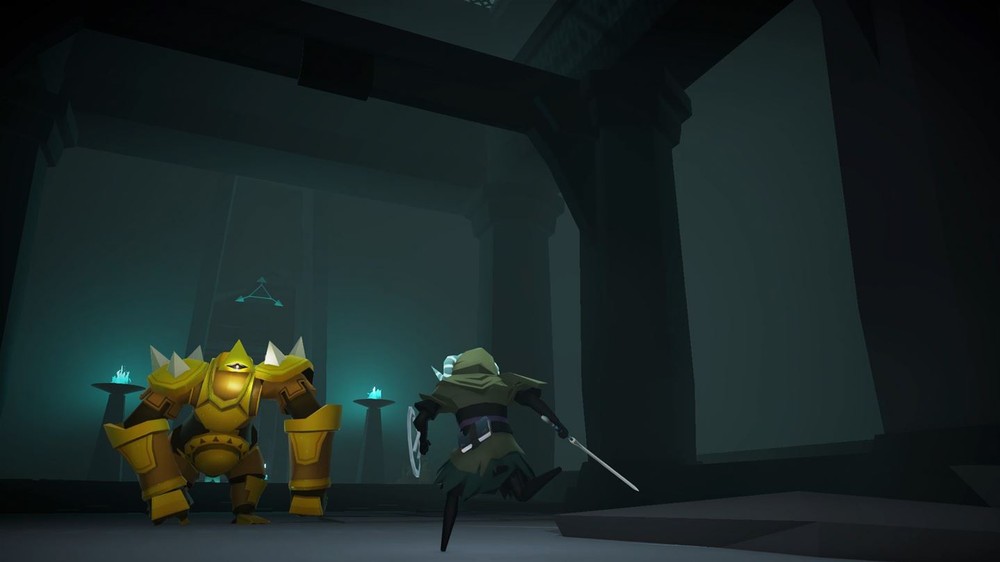 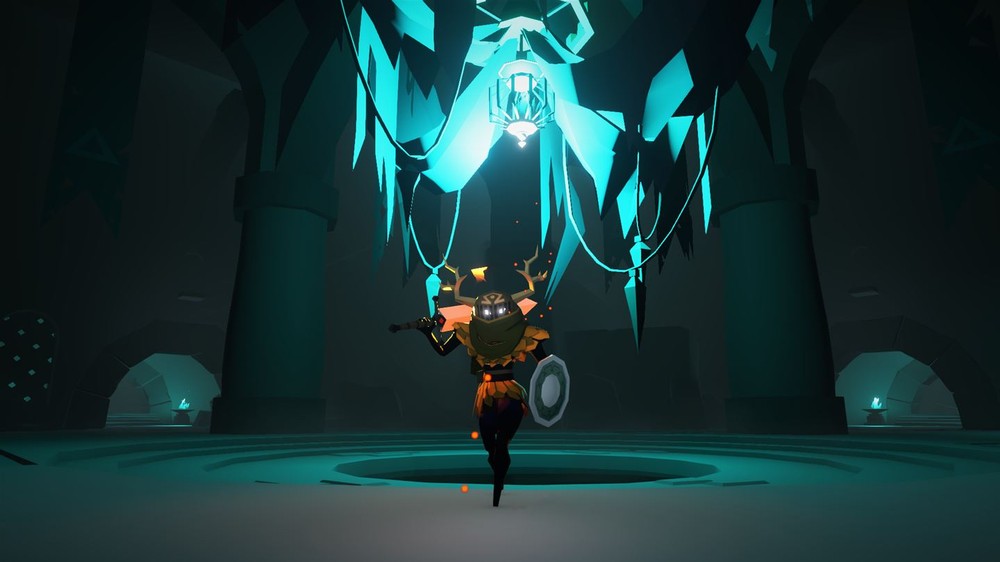 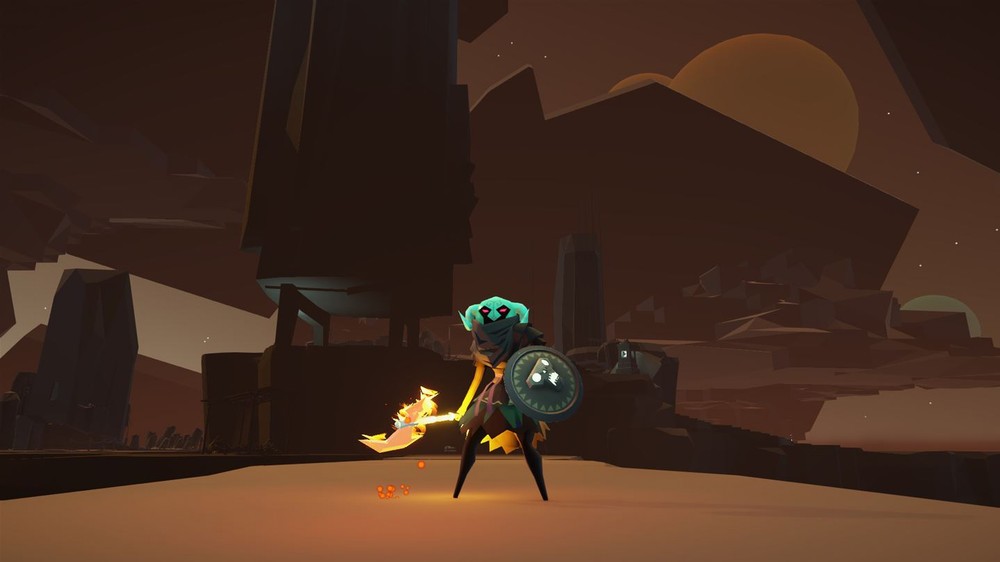 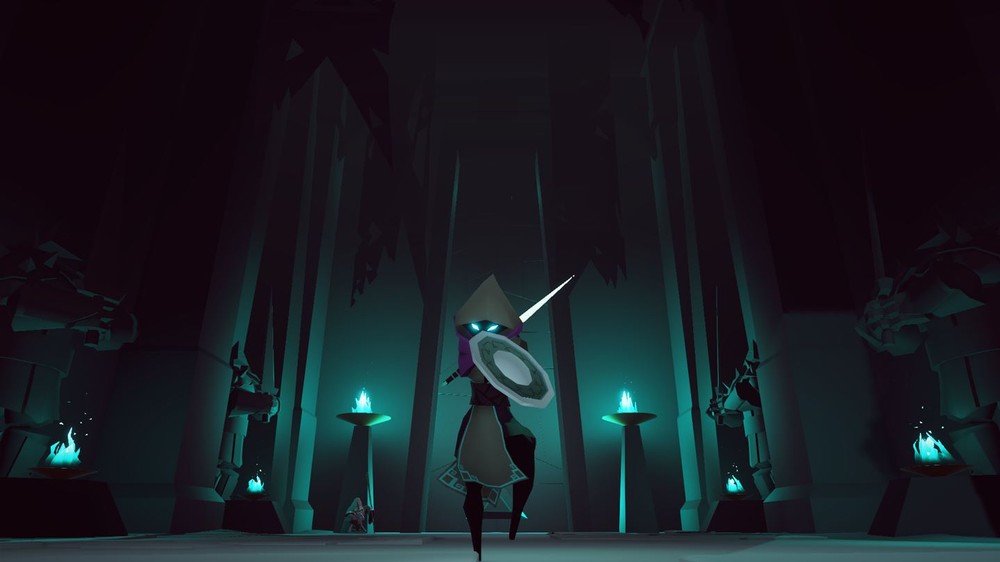 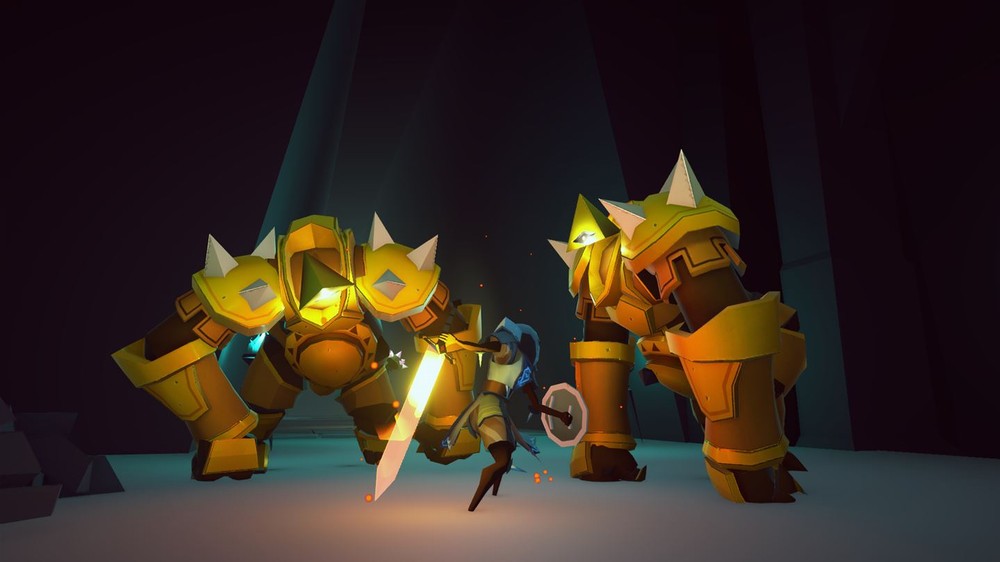 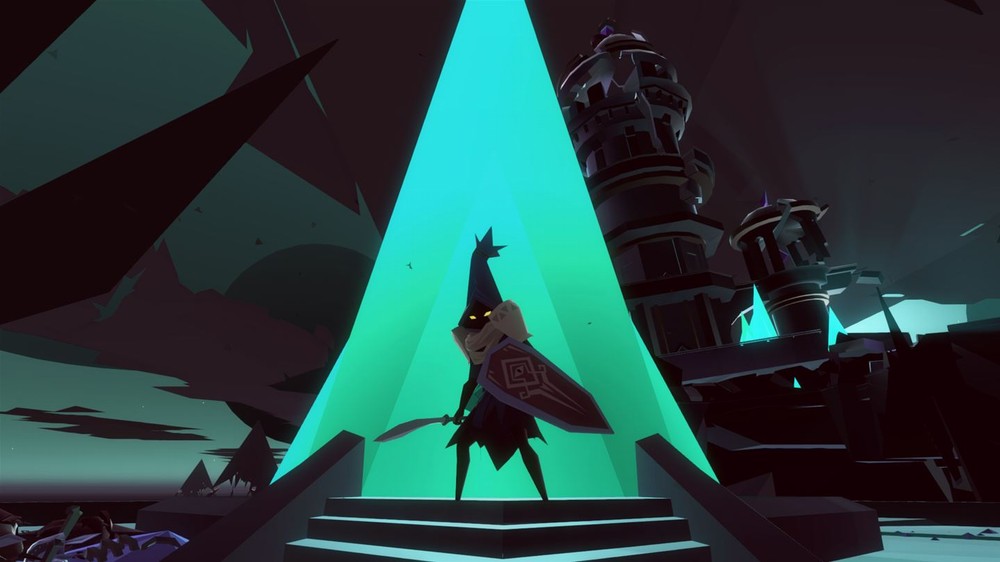 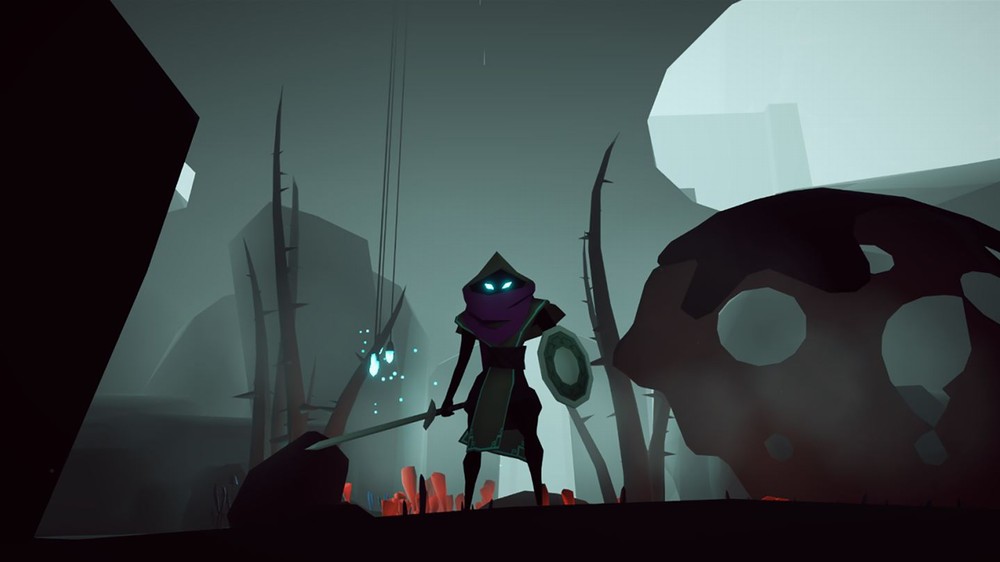