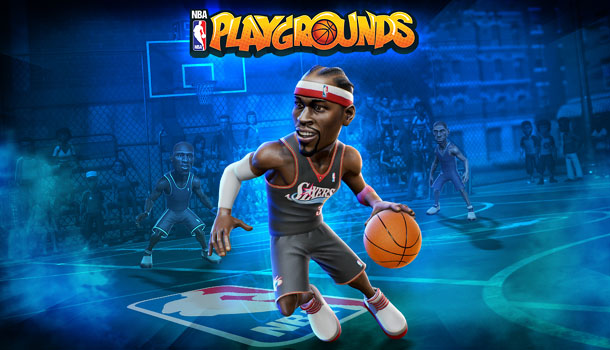 - Opponent AI is a bit too difficult.
- Too few gameplay modes

The gameplay is fun, but the game is best enjoyed in short sessions.

Prepping for my review of NBA Playgrounds has been as enjoyable as playing NBA Playgrounds – even more so maybe – as I trek virtually through the rich history of what we reviewers like to call “arcade style” basketball games. Simply put “arcade” in this sense would be the antithesis to “simulation” meaning that any sense of realism is put aside in favor of over-the-top, high-flying, fire-emblazoned half-court slam dunks and alley-oops.

Although there certainly were games that preceded it, the arcade basketball genre took off in 1993 with Midway’s release of the iconic NBA Jam. The gameplay mesmerized gamers both in arcades and on home consoles, and became the benchmark for all arcade sports games to follow. In the 25 years since NBA Jam, there has been an amazing number of titles that have tried to capitalize on the success of the NBA Jam formula; most notably EA Sports (later EA Big’s) NBA Street and Midways’s own NBA Ballers franchises. Some have fared better than others, but none are exempt from the inevitable comparison to the original NBA Jam. Heck, even the NBA Jam franchise itself (which was scooped up by EA upon Midway’s demise) is held up critically against the original NBA Jam anytime it releases an update. 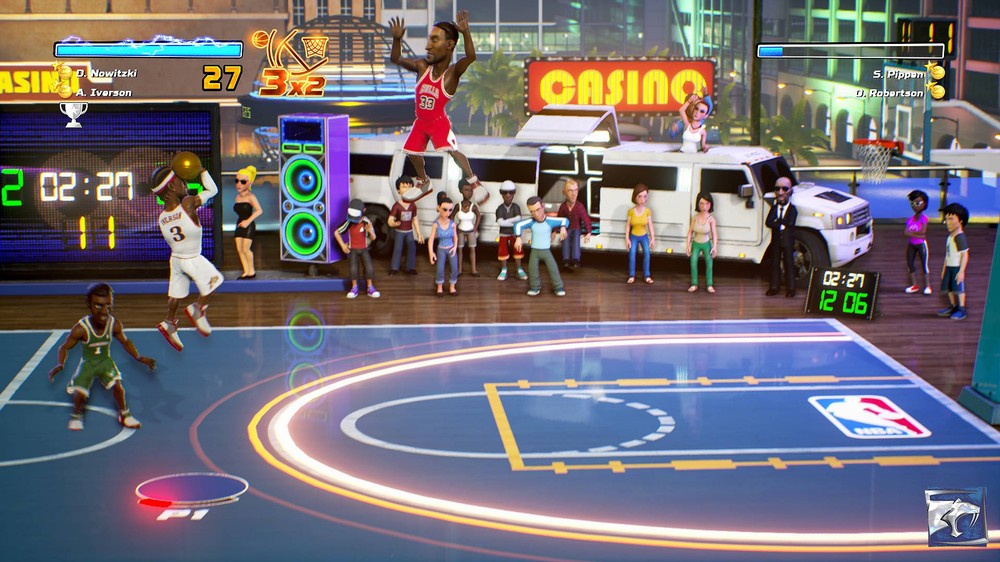 It should come as no surprise then that the newest arcade basketball title to hit the streets, NBA Playgrounds, will be subject to the same critical comparison – and deservedly so, as Playgrounds seems to make no obvious attempt to differentiate its formula from that of its predecessor.

Like NBA Jam, NBA Playgrounds is all about being over-the-top two-on-two street ball. From the breathtaking half-court monster dunks to the gorgeous slamma-jamma alley-oops, any experienced gamer would be forgiven for thinking Playgrounds was little more than a current-gen re-release of the most recent NBA Jam.

That being said, NBA Playgrounds does do a pretty good job of delivering a similar level of presentation and entertainment that we would see in the Jam series. There’s plenty of visual flair to the onscreen action, and the bobble-headed representations of real-world NBA stars (both new and old) do not disappoint. Overall things seem a little less fluid than they should be for 2017, but it does give the game a sense of low-fi nostalgia. 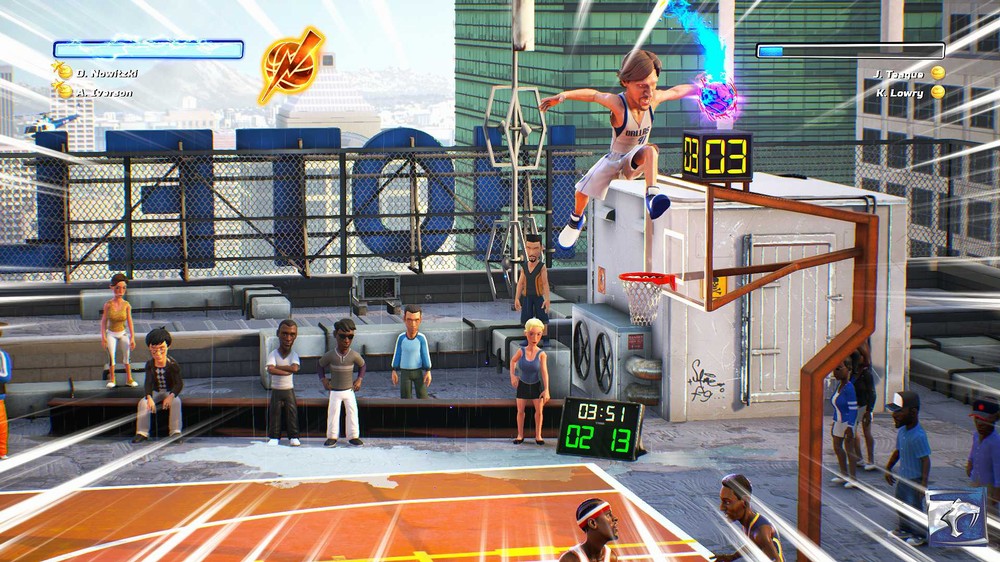 As with any of these games, split-second timing can mean the difference between a perfect swish (with an extra bonus point) or an embarrassing airball. Same goes on defense where a properly-timed poke can successfully liberate the ball from the handler, or leave the defensemen sprawled out on the court. Achieving the perfect release isn’t always the most intuitive moment – at least not at first – but with practice gamers will soon be garnering extra bonus points like second nature.

It’s just a bummer that the AI opponents are so flipping good – and by good, I mean near-perfect right from the get-go. Even in the simplest exhibition mode the AI opponents find some magical way of coming out on top even if it means some rather awesome rubber-band comeback. This means that the most enjoyable competition is online where fellow gamers prove to be a bit more balanced, but at the time of this review the lobbies were a bit sparse. 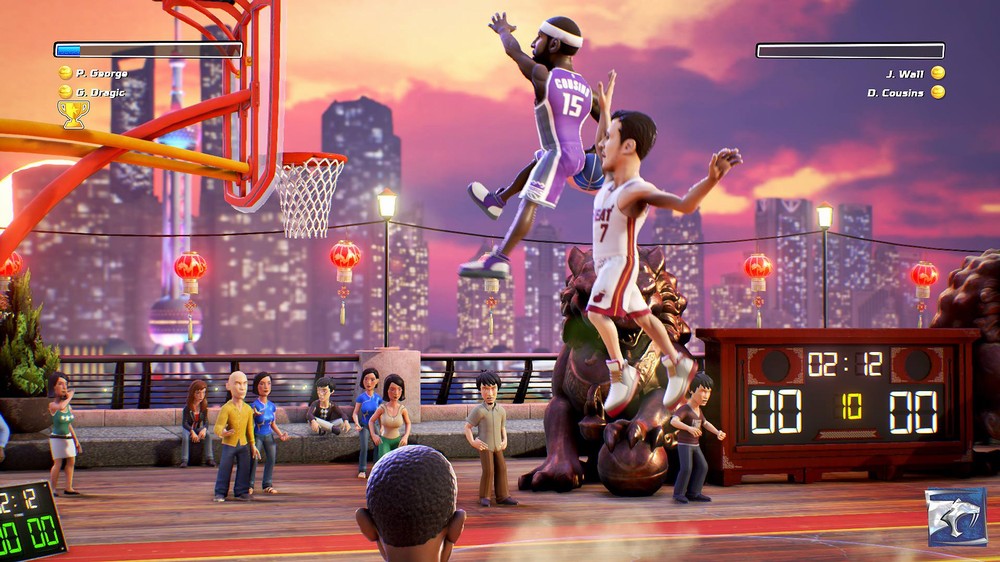 NBA Playgrounds features over 150 players at the start, ranging from current stars like Blake Griffin and Kevin Durant, to NBA legends like Magic Johnson and Bill Walton. Players are accumulated via packs of trading cards that are awarded to the gamer. It is possible to use the same player for each slot of the two-man team, and even so for the opposition – meaning it is entirely possible to have Curry and Curry vs. Curry and Curry, which makes for a rather interesting game, I must say.

Speaking of interest – NBA Playgrounds doesn’t really offer much in the way of additional gameplay modes to make things interesting after a few hours. Yes, you can play exhibition mode, tournaments, and online – but in the end, it all boils down to just more of the same game. I was hoping to at least discover a skills challenge mode, or situational challenges – but no. The gameplay is fun, but the game is best enjoyed in short sessions.

I have to admit that of all the street basketball franchises, I miss EA’s NBA Street most of all. I was really hoping that NBA Playgrounds emulated Street more than it does NBA Jam. I wish the gameplay were a bit more fluid, the AI a bit more forgiving, and that the game would offer a couple extra gameplay modes. Then again, it’s a hell of a lot of fun the way it is, so maybe best just to leave it alone. 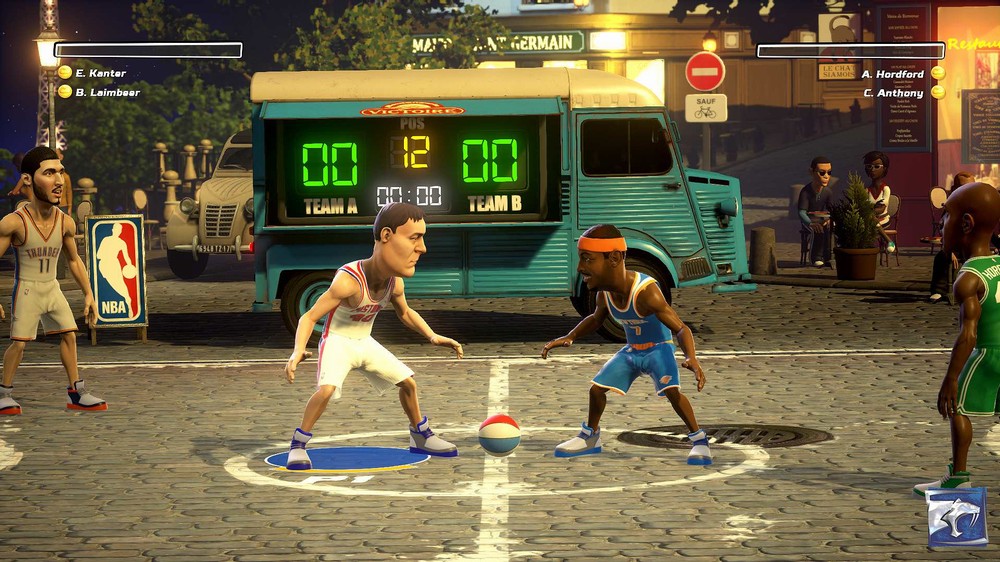 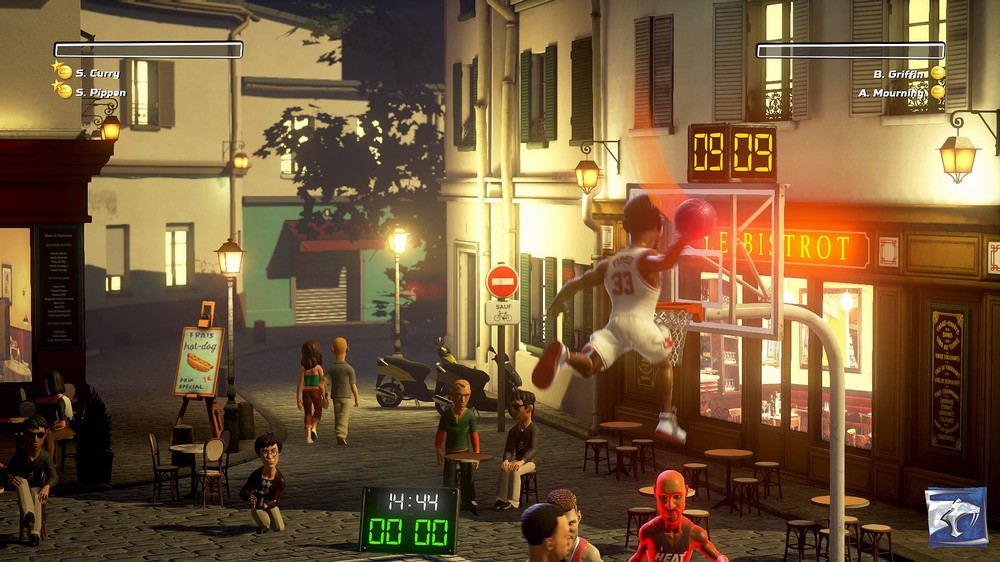 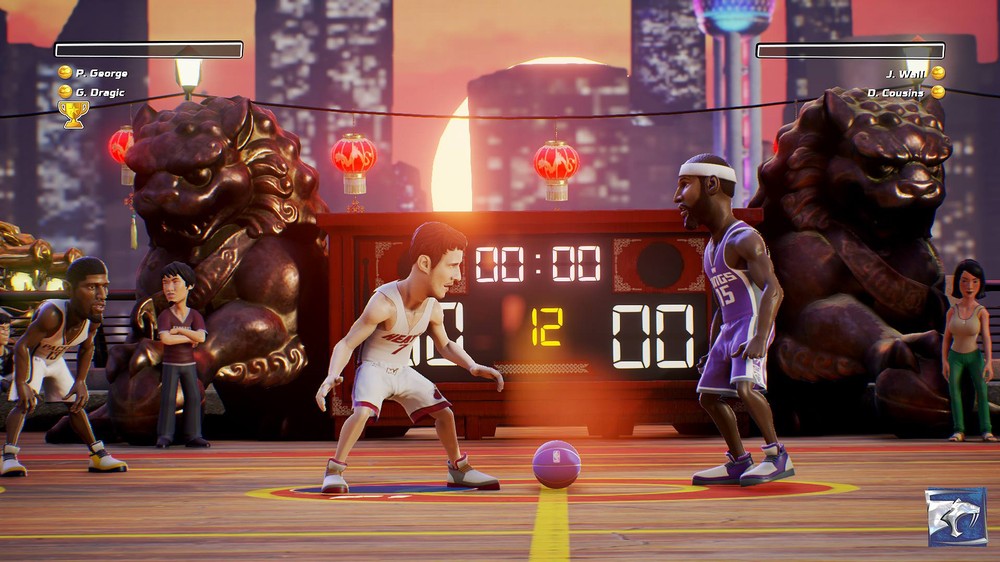 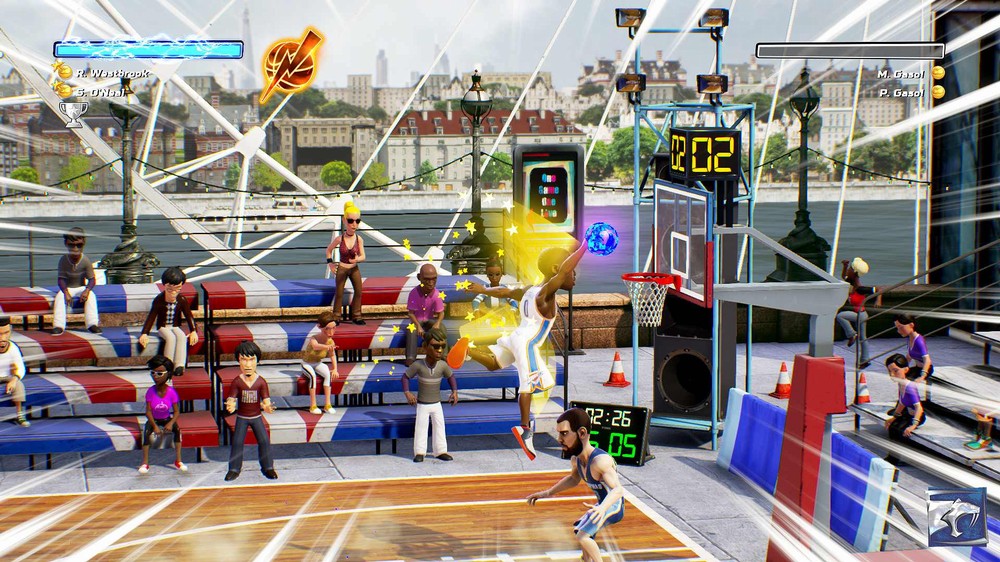 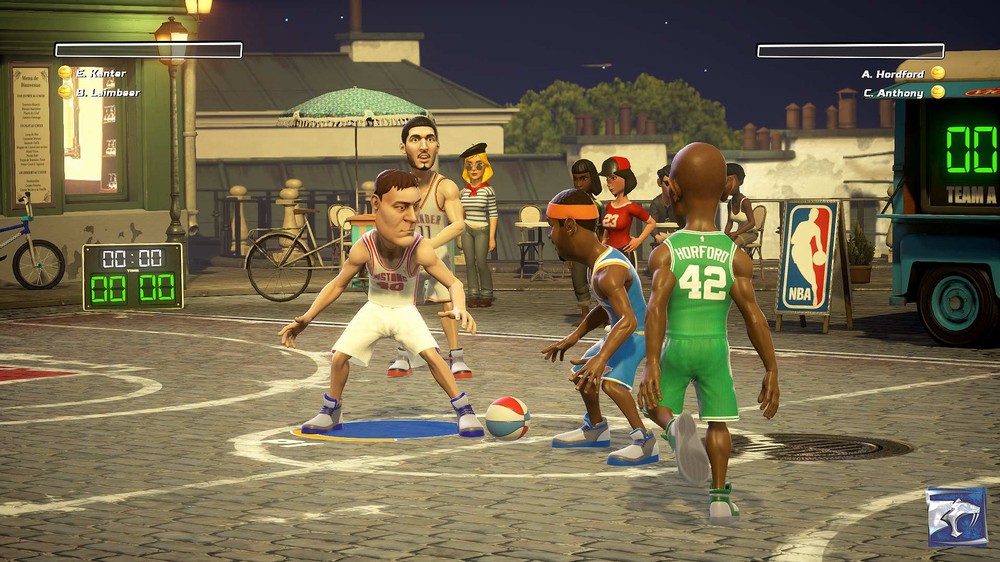