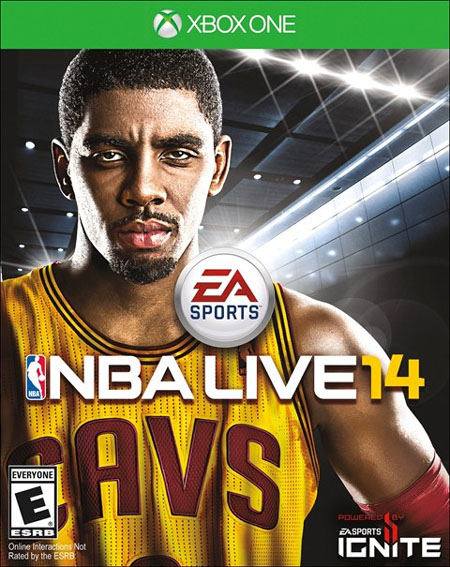 It’s been five years since we’ve seen an NBA game from EA Sports; a company notorious for obtaining, monopolizing, and grinding a license into the ground before relinquishing the rights.  Despite my mid-western roots (Hoosier by birth) I am not the biggest fan of basketball, but over the past two years 2K Sports’ NBA games have slowly converted me into a fan.  I still could care less about the sport in real life or any of the teams, but there is something uniquely satisfying about creating a college draft pick and seeing how far I can take him in a fantasy career.   2K Sports has created a critically acclaimed masterpiece when it comes to basketball; admittedly the only game in town until now, so with some Shaq-size shoes to fill, can EA Sports compete?

In a word; NO.  NBA Live 14 trips over its laces coming out of the locker room, stumbles around the court for however long you have the quarters set to, then sulks back to the showers.  Given all the hype for their new IGNITE engine along with all of the videos and media hype since the game was announced at E3 I was expecting a lot more and so were others.   NBA Live 14 pales in comparison in almost every way to NBA 2K14, even the Xbox 360 version.  There is nothing remotely next-gen about this game in looks, gameplay, or presentation.

I can only assume this game was originally scheduled for release on last-gen systems then delayed for next-gen release as most all of the character models, textures, and stadium graphics are decisively lacking in detail and polish.  The same can be said for Madden and FIFA, but at least those were cross-generation titles whereas NBA Live 14 is next-gen only.  Player animation is generic and often quite poor.  There are no signature moves or style for the more noteworthy stars.   Individual animations are cobbled together and nothing flows or looks natural and it all lags terribly behind controller input.   Non-players on the sidelines are even worse and the crowd may as well be blow-up flailing arm dolls; so embarrassing that the stadium camera avoids getting too close. 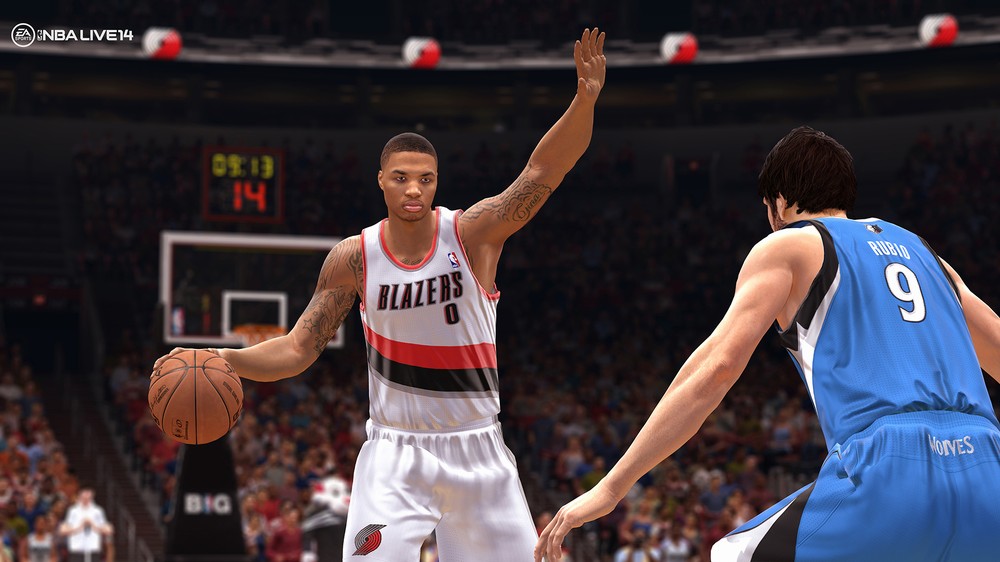 The audio is considerable better, and while I don’t care for the dominating hip-hop and rap music in the menus, the broadcast quality was exceptional for pre and post-game shows, an informative half-time report and some great commentary by Mike Breen and Jeff Van Gundy that was topical and in some instances, even helpful.  Better yet, it took several games before I started hearing any repeated lines.  I still miss the personalized touch of the commentary in NBA 2K14 that would even discuss my performance in previous games.

While I know how to play basketball I don’t know how to play NBA Live 14, and EA doesn’t feel you need any tutorials or practice mode to learn the controls or the timing.  At least the last NBA Live let you shoot the ball during the load screens.  There is a myriad of controls and combos to memorize and you have mere seconds to do so when a diagram is randomly thrown up on the screen.  If you want to perfect your free-throw shot plan on doing it during the game, assuming you ever get fouled.

Player and team AI is rubbish, creating imbalanced gameplay where fouls are virtually non-existent, even in the final seconds of the game, while blocks and steals are as common as dribbling.   I tried to be a team player and pass the ball, but it seemed no one but me was capable of putting the ball in the basket, so I ultimately became a ball hog and was repeatedly chastised in post-game debriefings.   Even if I was clearly open and called for a pass, the player with the ball would move somewhere else before passing, usually resulting in a turnover and a “bad pass” notation for me. 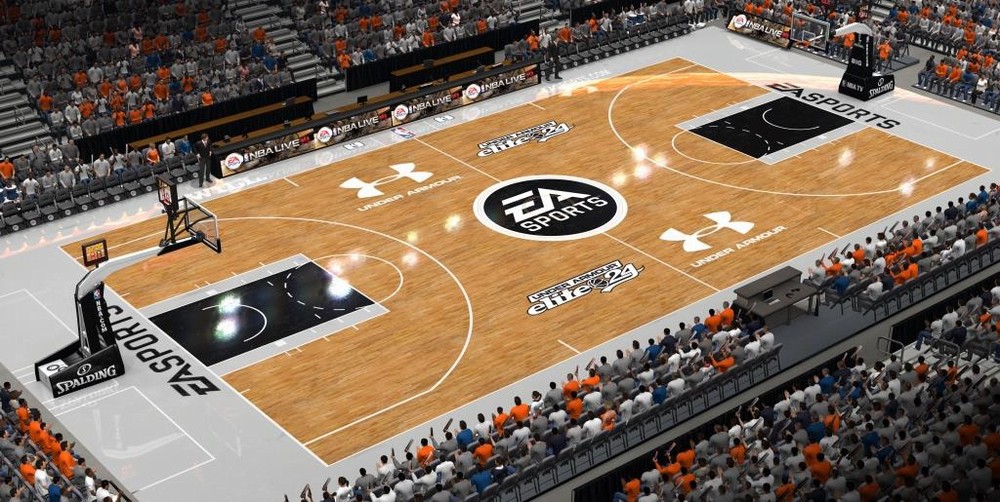 Once I had my fill of the generic and more common modes where you can play along with your favorite team and their daily calendar of games, compete in special challenges, or immerse yourself into the menu-heavy Dynasty mode I went straight for the Rising Star mode where I got to create my own draft pick and try to go pro.   NBA 2K14 does this mode phenomenally well, which only makes NBA Live 14’s version that much more depressing.  I created my Purdue player and after the initial scouting game where I made 5 of 8 shots I was the 17th draft pick and newest player to join the Atlanta Hawks – not the best team but at least there would be no unreasonable expectations.

Now in NBA 2K13 and 2K14 it was always my dream to become a “starting player”.  I would play full-length games just because I knew that most of the game I would sit on the bench, but in NBA Live I guess they feel that you actually playing the game is more important than realism because not only will you be starting each and every game of your pro career, unless you totally screw up or foul out you’ll probably play every minute of those games.  I opted for 7-minute quarters, which was about the same amount of actual playtime I was getting in NBA 2K14 halfway into the first season.  The game tries to stimulate competition by giving you a rival for each game that you are supposed to beat in various skills.  You are also awarded XP which ultimately levels up your player awarding you with skill points you can assign to a variety of skillsets, some of which are discounted if they fall within your chosen position.  It’s a fairly complex system that is presented without flair.  In fact there is no real career substance off the court – no meetings with the coach or any of those post-game interview sessions with the press.   If you play the game for any time at all it quickly turns into an RPG-like level grind for XP and skill points until you finally realize you don’t care about your character, his career, or this game. 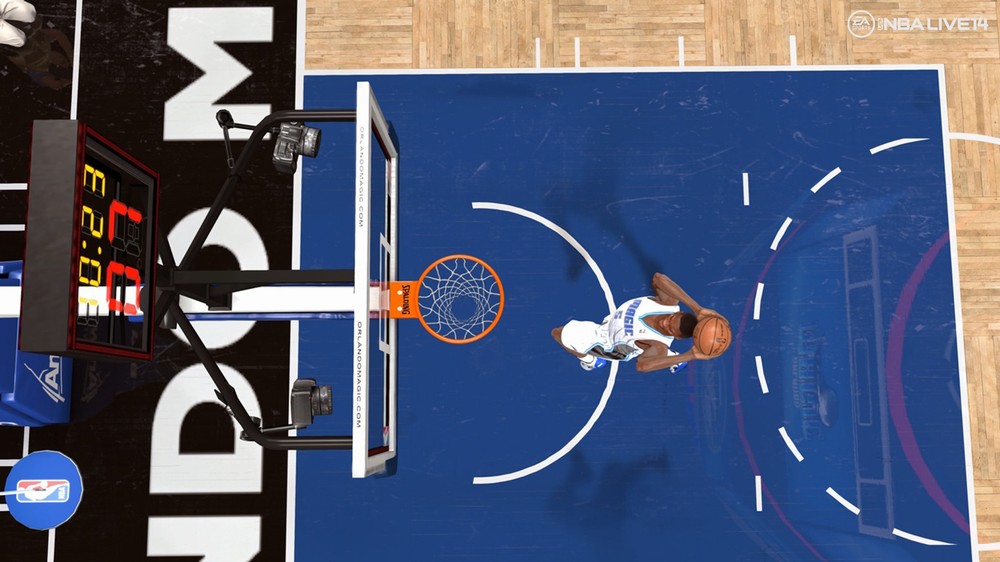 Online play is loaded with lag making the game virtually unplayable over Xbox Live.  Local two-player gaming is certainly a better experience as far as being able to actually play the game, but then you have to contend with all of the problems the single-player game has, sluggish characters, poor animations, and unresponsive controls.   Even the new BounceTek dribbling system is a bust; mostly because nobody ever tells you that it exists or how to use it.

I get the impression that at one point EA was really excited about this game and then they saw how good NBA 2K14 was and they just threw up their hands and said “ get this thing out the door”.  Every major facet of the game is either lacking or broken, which is a shame because there are some good ideas here.   I cringed every time I started the game and it spent 10-15 minutes syncing and updating until I realized it was downloading fresh NBA season data and creating new specific challenges based on the real season.   The Ultimate Team mode is just as good as any other sport that uses the concept although the lack of an auction feature almost destroys the concept.

Now we will have to wait and see what happens with the franchise.  Will EA cower in their cubicles and lick their wounds for another five years or will they take what they have and what they have learned and try again with something more entertaining, playable, and fun in 2015. 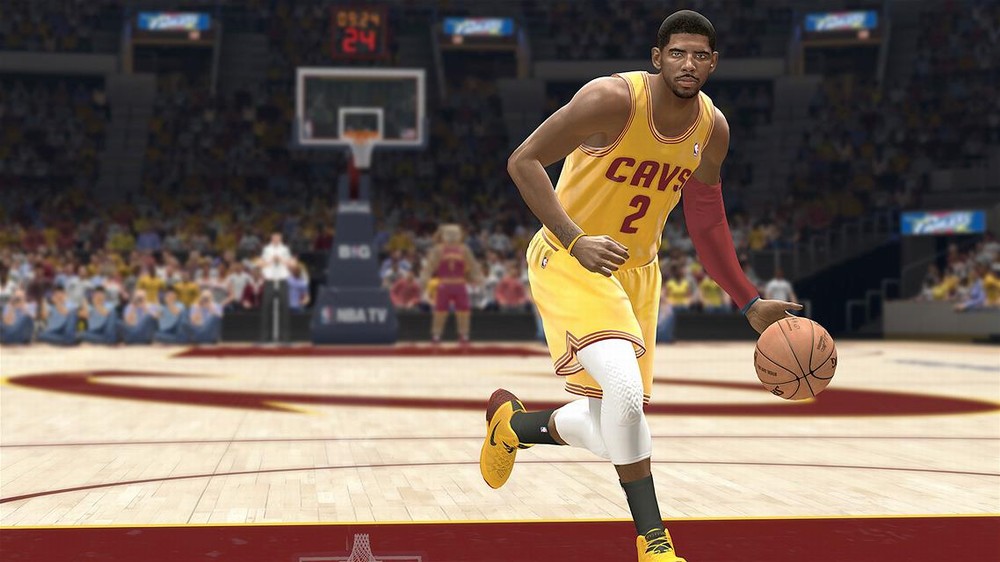 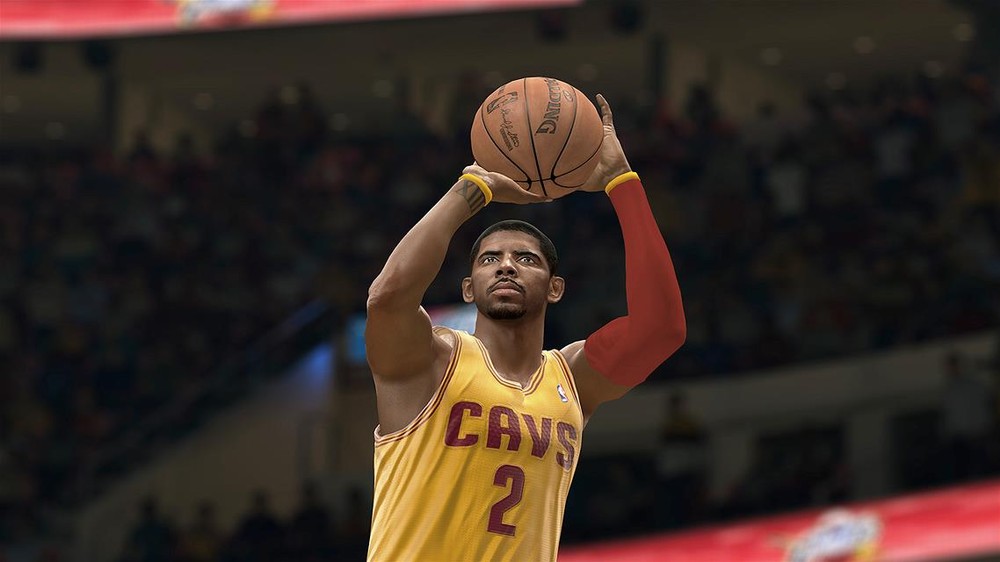 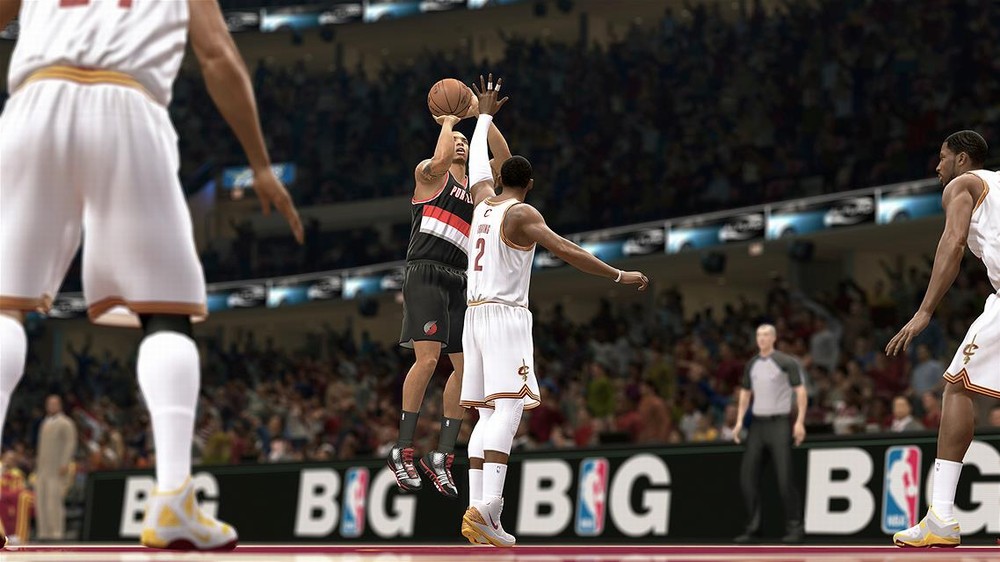 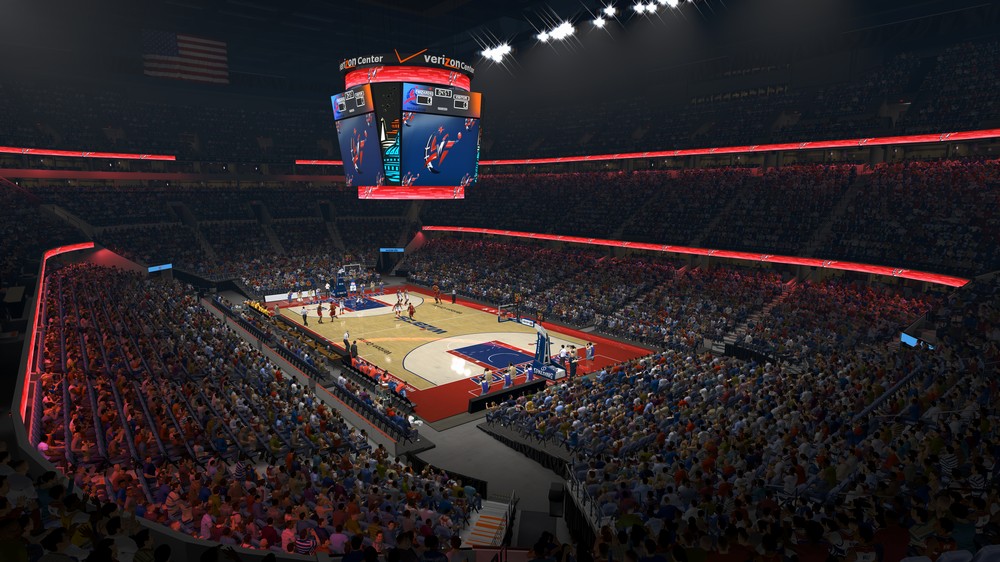 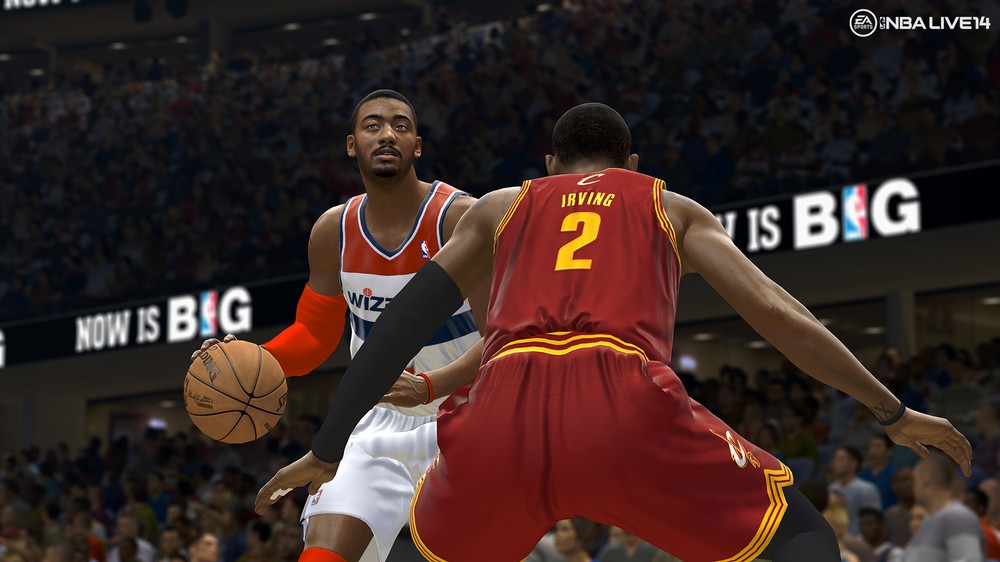 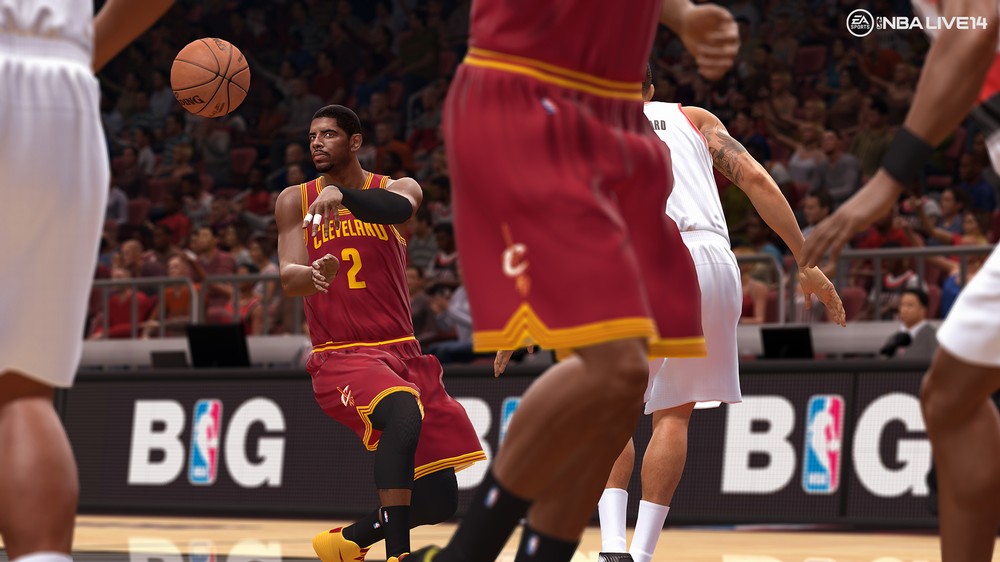 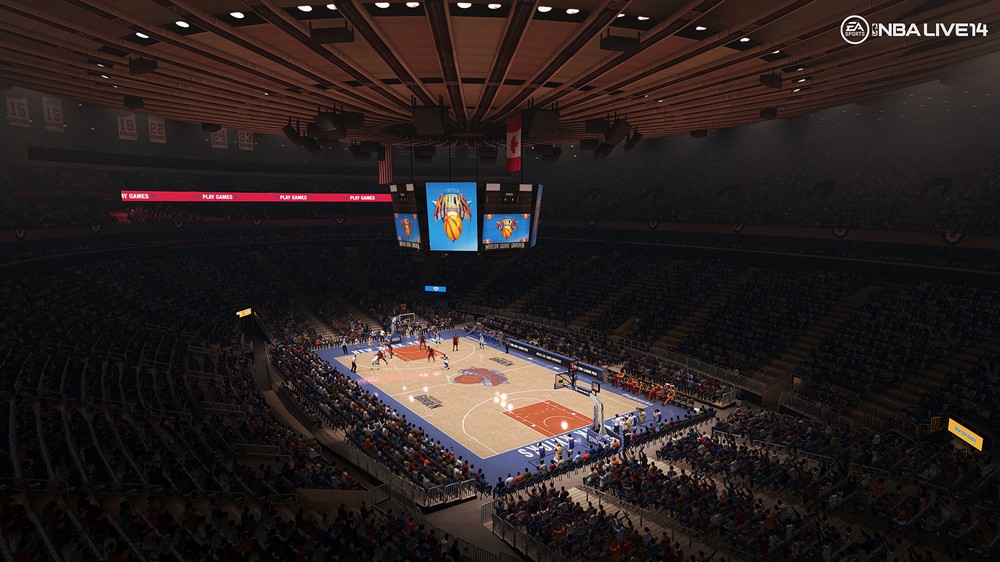