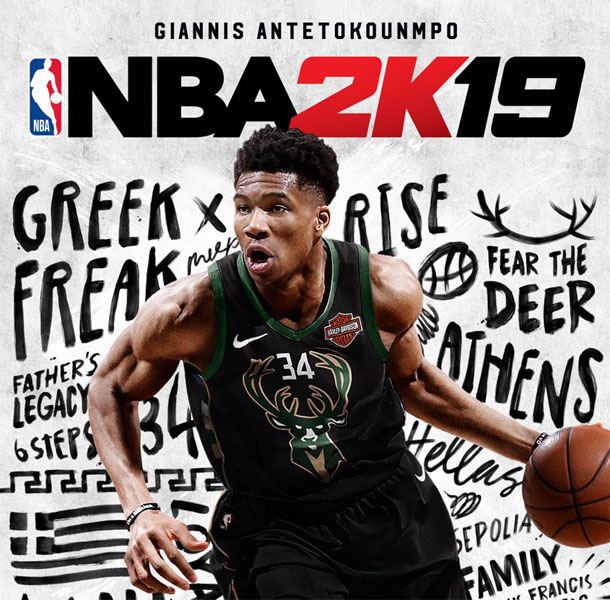 - Controls can be overwhelming
- Microtransactions

Hands-down the best NBA game of this generation.

Basketball games have come a long way from the early arcade play days of NBA Jam.  Once based solely on one-button juke moves and shot timing, basketball games have grown into incredibly complex simulations that require the gamer to know and manipulate a staggering amount of situational strategy and contextual button combinations.  I say all this, because over the past week I have found myself lost within the steep learning curve of what is obviously the quintessential NBA video game of the current generation, NBA 2K19.  But I plodded through the adversity and am all the better for it.  The game is tough as nails folks, but it is oh, so good.

Let’s start by saying that the presentation of NBA2K19 is hands-down the best of any sports game on any system.  2K Sports has always been an industry leader in broadcast-style presentation, but NBA2K19 takes it to an all new level – not only is the NBA on TNT pre-and post- show antics present with big-name stars Shaquille O’Neal, Ernie Johnson and Kenny Smith, but there’s the always-entertaining in-game commentary from Kevin Harlan, who is joined for color commentary by the likes of Kobe Bryant, Kevin Garnett, and The Ringer founder, Boston’s sports guy, Bill Simmons.  The game’s MyCareer mode also delivers a compelling story told through well-directed cutscenes. 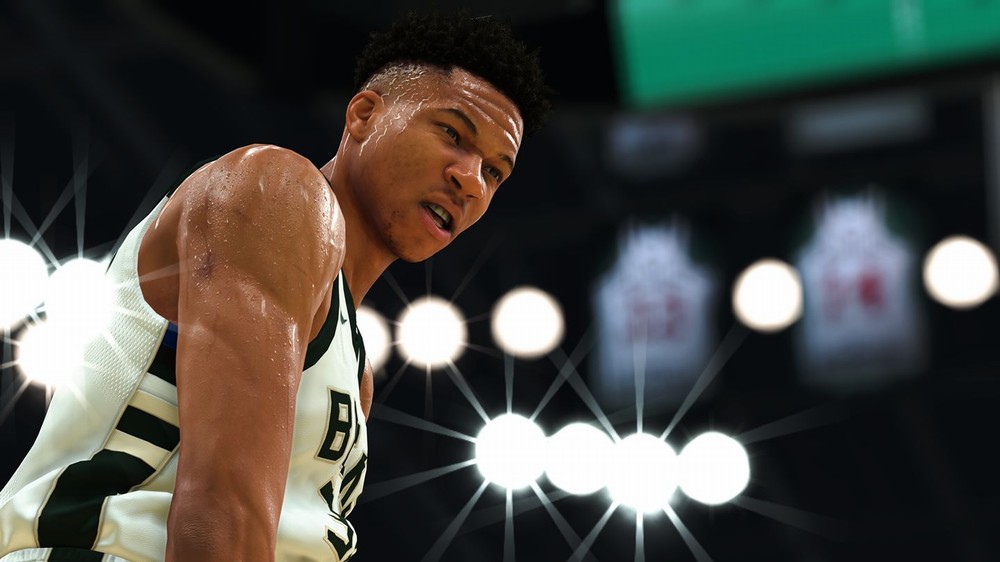 Visually, NBA2K19 is gorgeous.  On the hardwood, in the playground courts, and off the courts – it is really a gorgeous game.  Character models are easily recognizable, and the lighting and reflections are spot-on.  Some of the players look a little strange in their new colors (seriously Lebron, how could you go purple?) but that’s beside the point.

The gameplay is complex and difficult…very difficult, in fact.   It seems that the more these NBA games progress, the more convoluted the control schemes become, and the situational nature of the gameplay doesn’t help matters.  Like the real physical sport, NBA2K19 has a very difficult learning curve, and one never truly masters all aspects – and when it doesn’t work as planned, things can be ugly.  But when it does work, it is rewarding as hell. 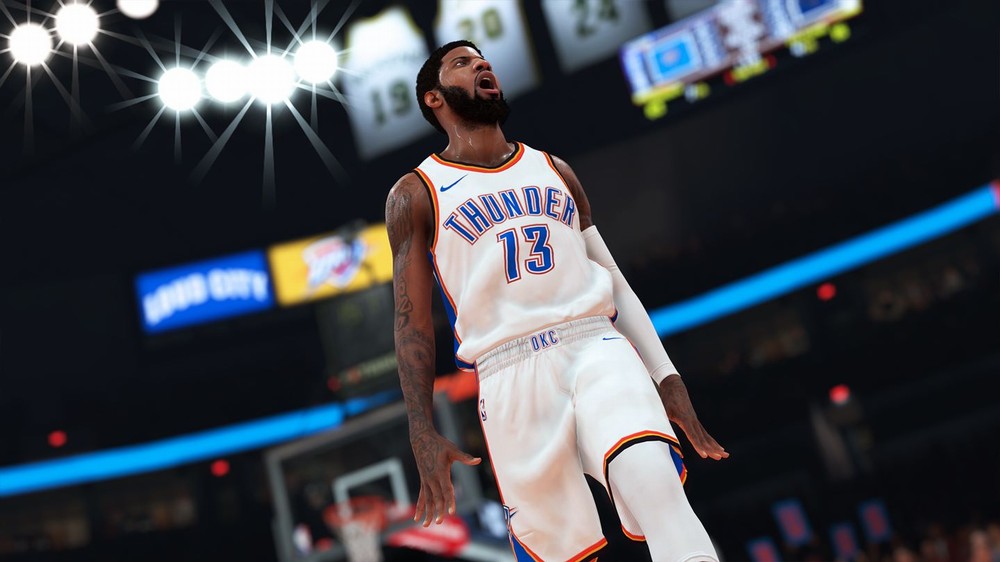 NBA2K19 has the requisite quick play modes, but the meat is really in the MyLeague, which is basically a career mode on steroids, letting players build, manage, and tweak every aspect of the NBA league.  MyLeague is by far the most extensive and fleshed-out career mode I’ve ever seen, if at times a bit overwhelming.  For that reason, some gamers will opt to stick with story-driven MyCareer or the card-based MyTeam modes – and that’s the true beauty of NBA2K19, the variety of options in a typically straight-forward sports game.

The major failing of NBA2K19 once again is the issue of microtransactions.  Rearing its ugly head from 2018, gamers are once again forced to impossibly grind it out to collect the in-game virtual currency, or simply pony up real-world cash.  This means that players who are willing to reach for their wallets will have a more rapid rise to the top of the gameplay ladder, $5-$25 at a time.  It seems a bit ridiculous given an MSRP of $60 to ask gamers to shell out even more cash just to keep up with the Joneses online, but I suppose it’s one of those things we need to get used to.  I think I could swallow it a bit easier if the game were being offered for a cut rate, or even free-to-play. 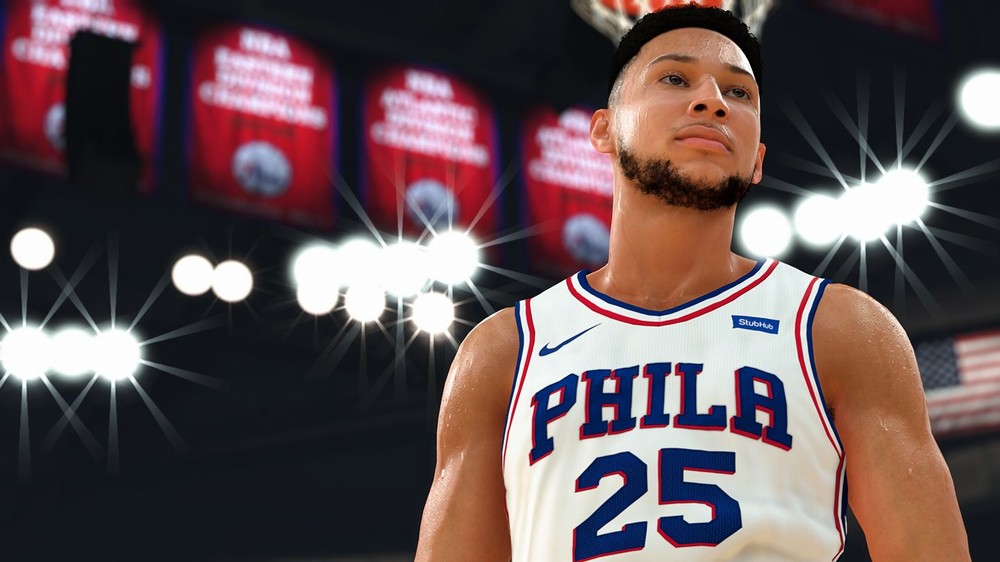 In an odd twist, NBA2K19 has teamed up with Ruffles potato chips for the Ruffles Ridge Challenge, which is a special online 4-on-4 game featuring a 4-point “ridge” line.  Gamers can utilize codes from inside Ruffles bags to earn 4x VC during play, and top-scoring gamers can even win prize packs.  While we have seen real-world tie-ins in gaming before, the Ruffles Ridge Challenge is quite extensive, with events happening every two weeks.

NBA2k19 is a gorgeous game with top-shelf presentation and challenging – yet rewarding – gameplay.  It delivers a wealth of gameplay options from MyCareer to MyTeam to the amazing MyLeague, but is mired by the return of the microtransactions system that seems to place favor on those willing to shell out real-world currency to buy winning teams.  Still, it’s hands-down the best NBA game of this generation, and one that is certainly worth your attention. 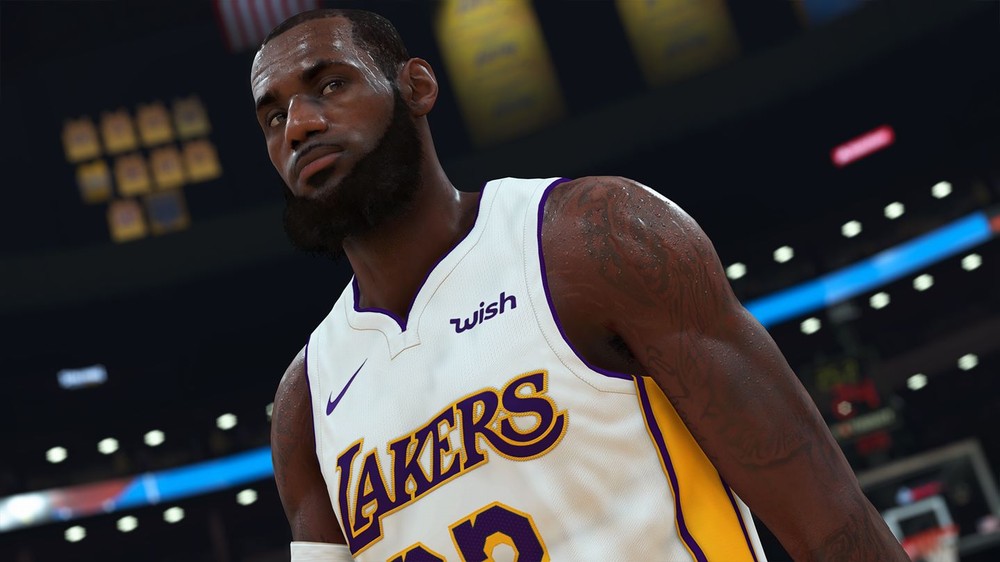