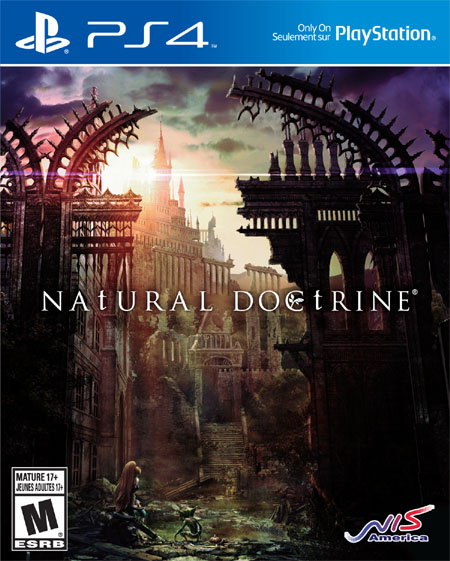 A good hardcore strategy that takes no prisoners.

From a gamer’s perspective, it interesting to see the progression of how games have evolved or devolved over the years. While games get prettier and flashier there seems to be a drastic reduction in the quality of gameplay sometimes. Anyone who grew up during the Nintendo-Hard era, like me, can attest to that as games weren’t always the prettiest but they offered some of the most frustrating yet rewarding (sometimes) experiences at the time. Even today those games are enough to inspire rage quits.

Today we have games like Dark Souls to fill that empty space where truly hard games, by design or otherwise, have been missing over the years. Well it’s time to add another title to my list of games that will test my resolve and skill with the release of NAtURAL DOCtRINE for the PlayStation 4. This Strategy RPG follows the somewhat loose story of Geoff who wishes to prove his worth and gain citizenship into Feste, the last fortress city and stronghold for the human race. Along with companions, Vasily and Zeke, they set out as bodyguards to protect a young Bergman named Anka as she seeks to find the rare magical substance known as Pluton. The overall theme of the game is that of survival and natural selection and NAtURAL DOCtRINE isn’t about to take it easy on you. 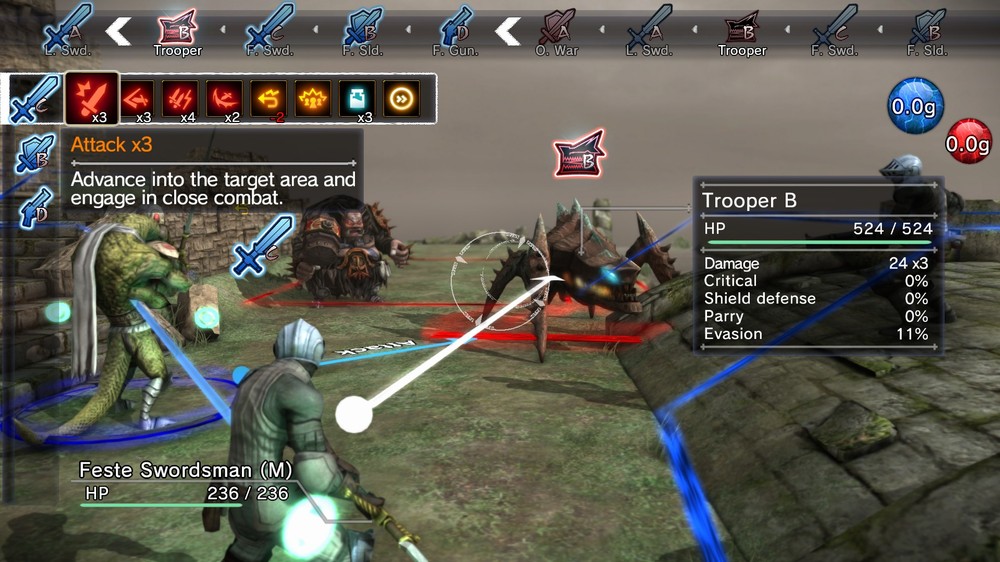 To say that NAtURAL DOCtRINE is one of the hardest games I’ve played isn’t an exaggeration though luckily I have a bit more patience at times than most so I welcomed the challenge. After the introductory tutorial, I soon got the feel for what was in store for me. Combat takes place on three dimensional battlefields through dungeons, mines and other locales around the area surrounding the city of Feste. Each battle is accessed via the World Map and there are two kinds of missions you can select from here, Story and Free Missions. It’s also extremely important to note that the World Map is the only place where you can save your game as well as the change up battle formations and purchase skills or reallocate them.

For the most part I rather enjoy NAtURAL DOCtRINE’s turn-based combat system as it offers up something fresh. A lot of it has to do with the Link Turn feature that is both interesting and frustrating at the same time. As you move through areas, like the mines early in, you move through blue outlined grids and position your party members where they will be most effective. It’s nice to see that you have the freedom to do this as most games in the SRPG genre limit you to moving square by square. Here you can set up defenses like positioning Geoff with his shield in front of Anka so that he takes the brunt of enemy attacks while she can execute her gun based cover fire ability to get the drop on enemies. 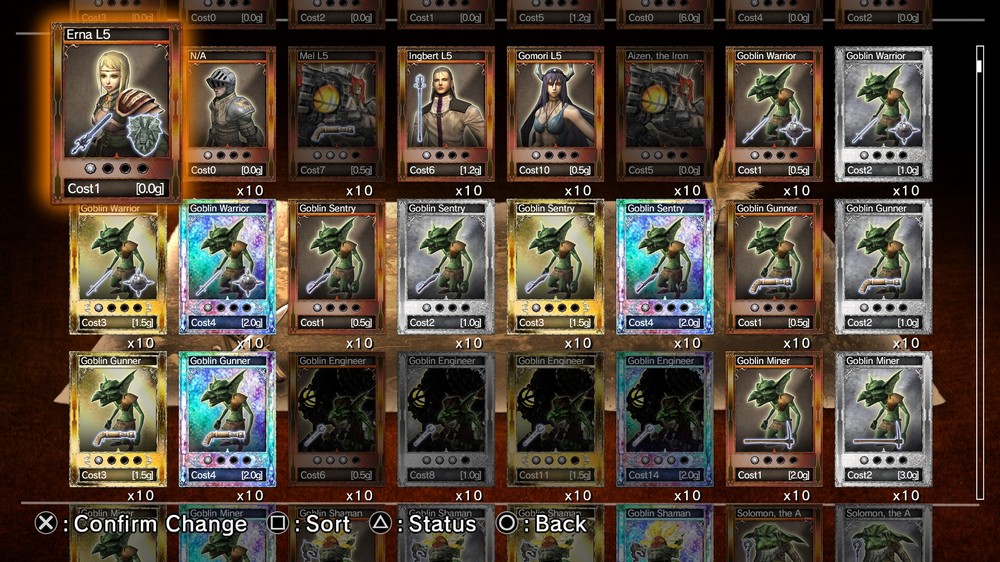 The tricky part about these link turns is that while they can be incredibly effective they end the turn of all participating units. I cannot tell you how many times I’ve made a bad call and gotten trounced by an unrelenting wave of enemy attacks. Each character has their own level of Initiative so it pays pay attention to the order of both allies and enemies alike at the top of the screen. When a link turn works you can effective shut down an entire grid of enemies with a set of commands. When it doesn’t though you run into the possibility of a defeat if just one member of your team goes down. Yeah you read right. You can fail an entire mission if just ONE of your characters goes down. No revives, no nothing. On the bright side you don’t have to start the game over from the beginning.

The game takes things even further into the realm of hard in the fact there are no shops to be found in the game. So any new gear and weapons you find will be done so while exploring mines or defeating enemies. You can’t even buy potions for health or magic use. The reason for this is that Anka serves as you resident healer in your group and potions are a skill and not an item. Potions recharge after each battle but there are recovery spells that can be used. The second reason is that the use of magical abilities, both offensive and defensive, is powered by the rather rare Pluton which I mentioned before. This material can be found deep in mines and amongst the contents of chests. The important thing to know is that total amount of this rare material is fixed, so if you go and burn it all early in the game then your future may not be looking so great. The trick is to know when to use it and when to find another way to resolve a problem. 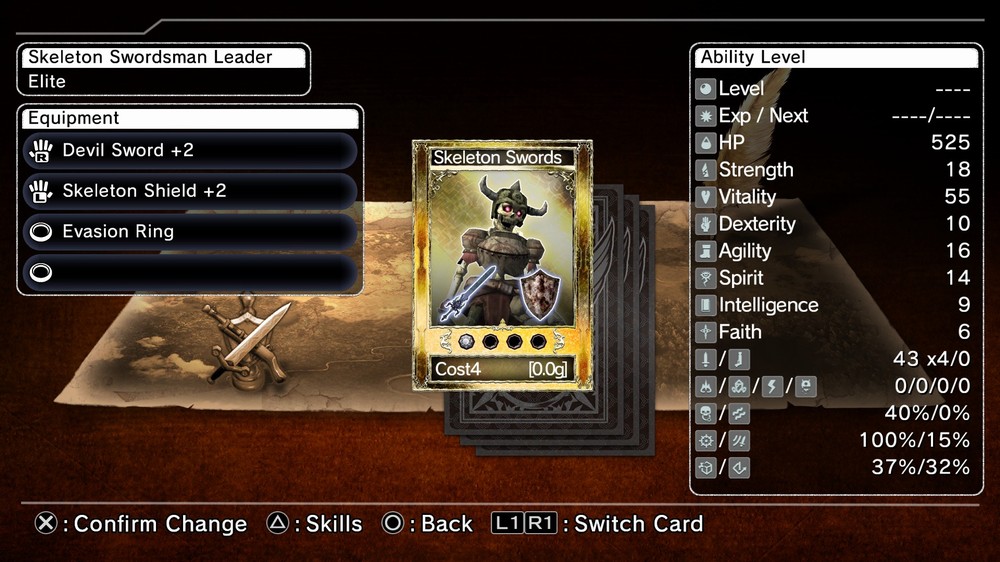 NAtURAL DOCtRINE’s biggest issue for me is the fact that despite giving you the freedom to plan your attacks the developer’s level design seems to keep you down a gauntlet of close quarters corridors and doors…plenty of enemy ambushing doors. Even as I opened each door as a challenge it felt like it was another way to drag on the gameplay and story. NAtURAL DOCtRINE does have a few features that adds some interesting gameplay to the mix. Unlike most SRPG, the game features a Multiplayer mode where two players can put their cards and skills on the line in combat. These cards are the equivalent of units that you control on the field and you can mix and match the unlikeliest of allies to wage battle.

While I only was able to manage one match by pure luck it was fun but not enough people are playing NAtURAL DOCtRINE at this time for me to experiment further. The game does support cross-play capabilities so PS4 owners can go up against Vita owners and possibly PS3 owners. Vita owners, should you find another person or friends with the game, can play together locally via Ad-Hoc which is nice. If you buy the game on either system you get the other free which is something I’m coming to love about the Sony platform. This also means that you’re never far away from you’re battle as you can utilize Cross-Save to transfer your save file back and forth between the three systems. 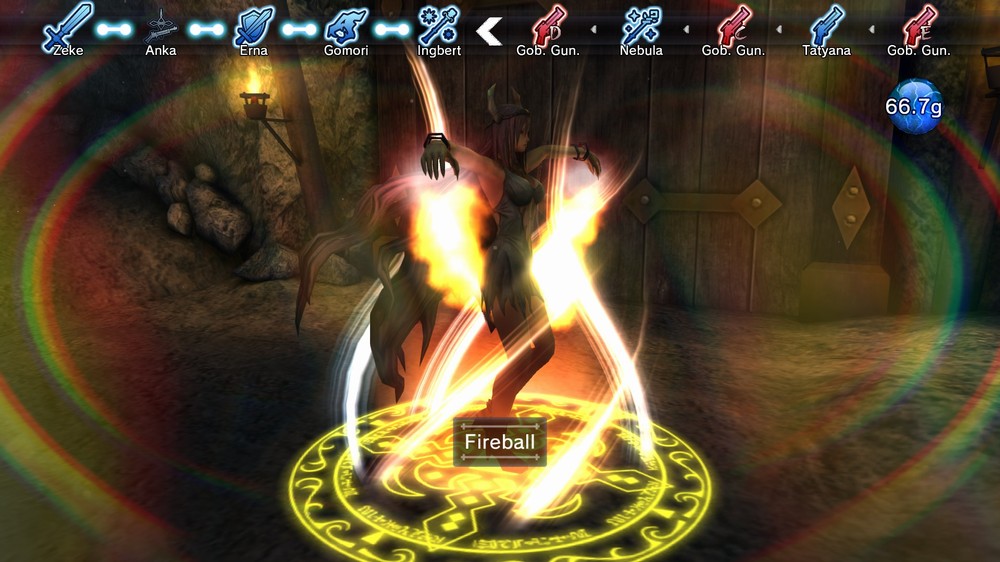 I really like that there is so much flexibility in ways to play the game so it’s only natural that the graphics had to be equal across all three. In this Kadokawa did a nice job as the character models and interface are sharp. The game is quite detailed to look at times especially at the world map and when viewing the armor the characters armor in the close third person view. As a lot of RPGs go, NAtURAL DOCtRINE, features a rather cool CG movie mixed with anime stills of the game’s main cast of characters. Story elements are done using spoken dialogue, which is pretty decent for the most part, and combined with various still image styles depending on your tastes. The music of NAtURAL DOCtRINE is decent and features the traditional RPG but nothing really stuck with me.

NAtURAL DOCtRINE is definitely an interesting title with plenty of tough battles to keep the hardcore strategy player’s busy for a while. I actually enjoyed it for the most part though it would be hard to recommend NAtURAL DOCtRINE to anyone that doesn’t really love these kinds of title due to the rather unforgiving nature of the gameplay. NAtURAL DOCtRINE’s combat system and versatility for allowing me to continue my adventure between systems are easily the highlights of my experience. So if you love a good hardcore strategy that takes no prisoners, other than your time, then I definitely recommend checking out NAtURAL DOCtRINE for the PS4, PS3 and PS Vita. 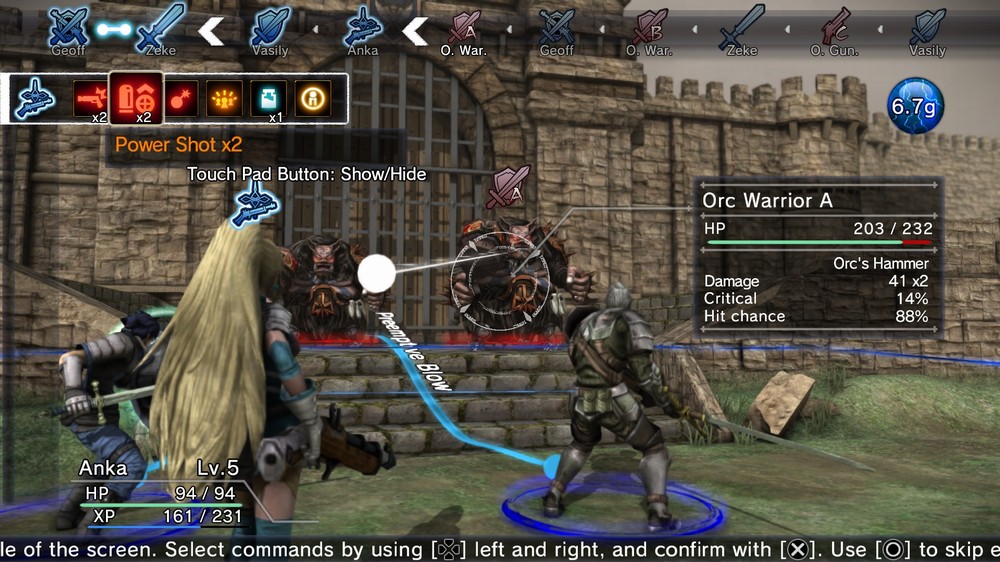 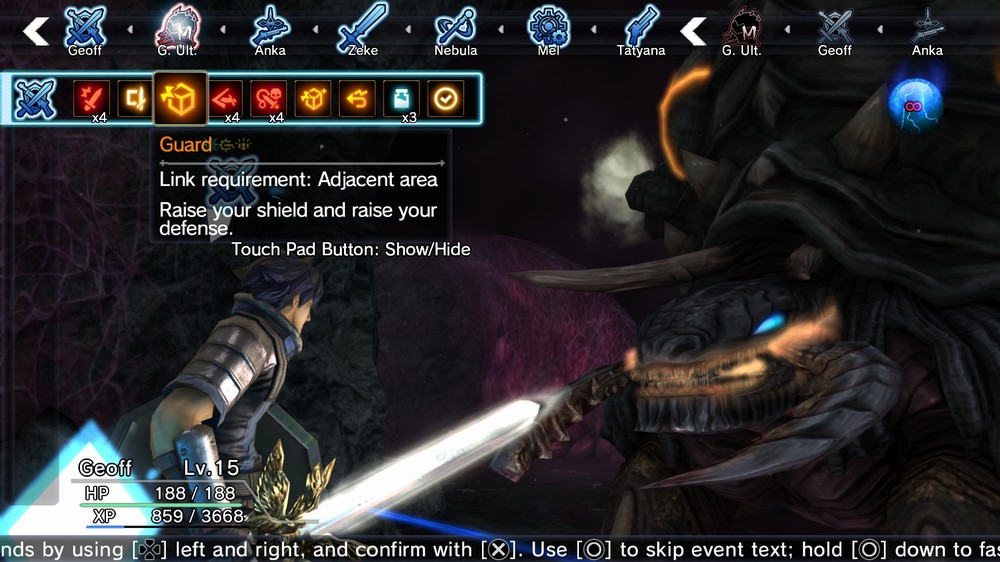 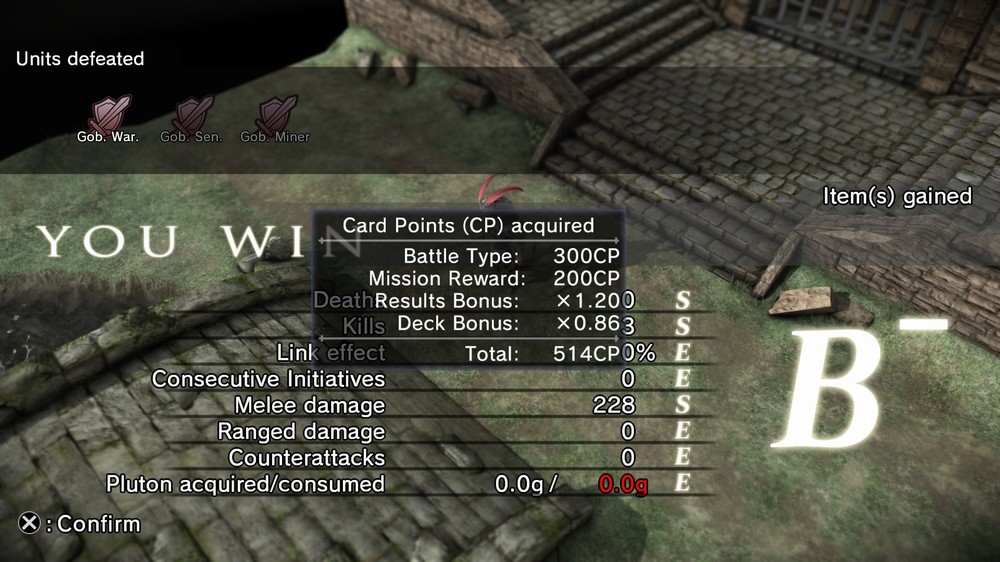 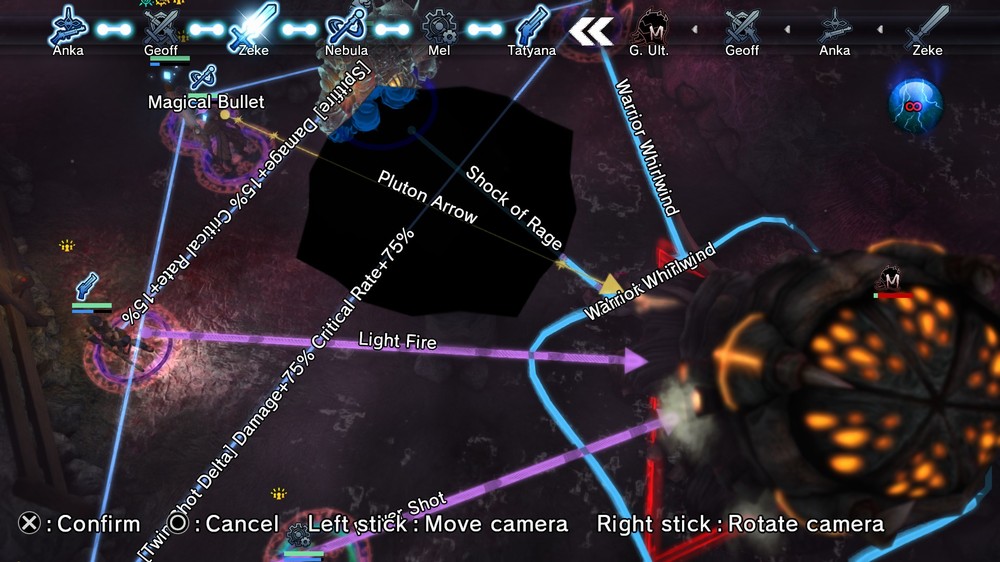 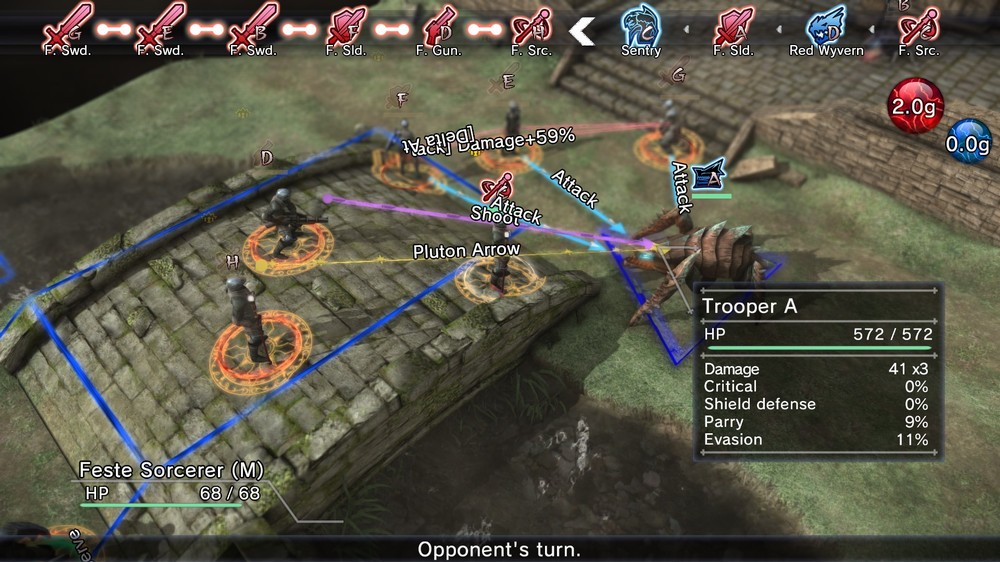 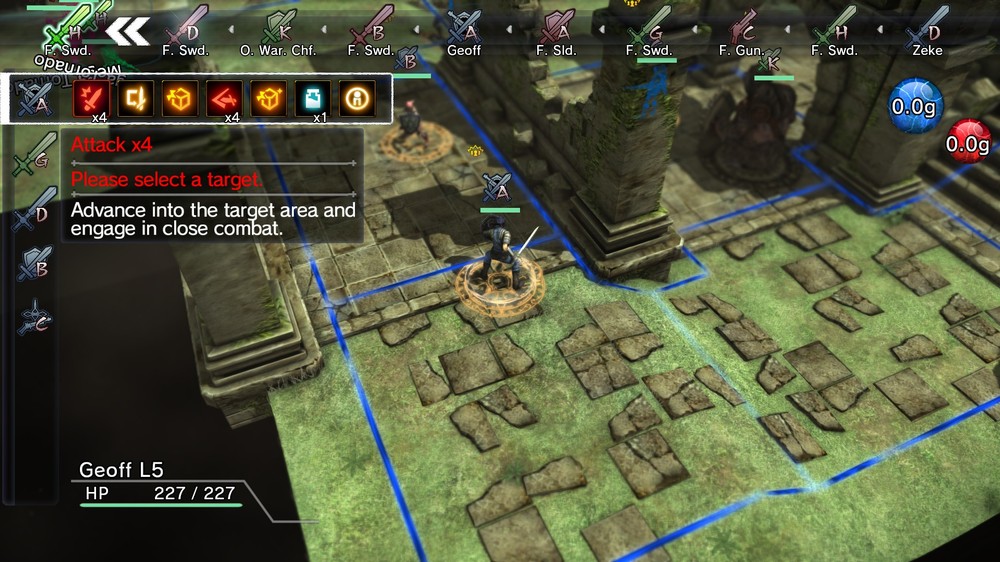 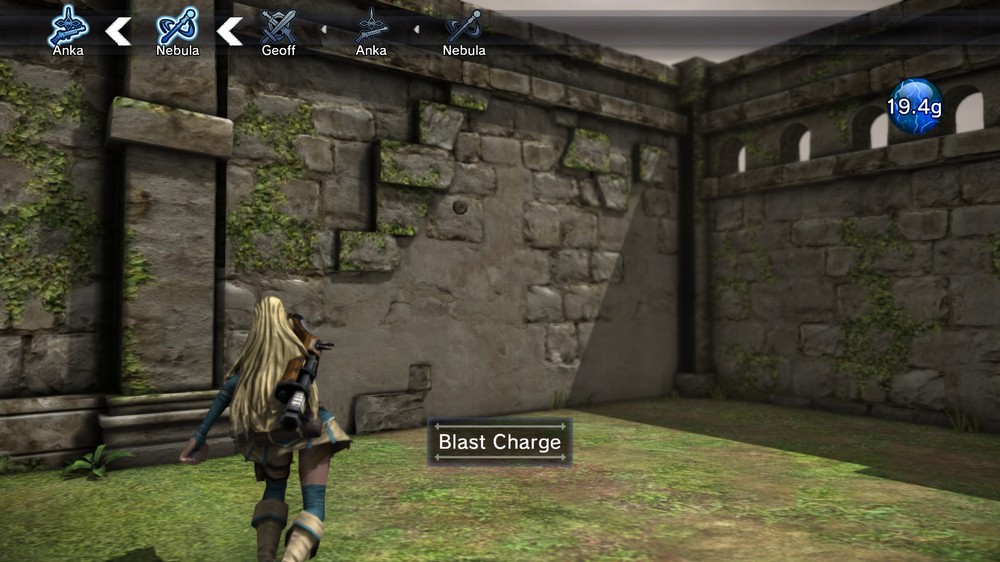 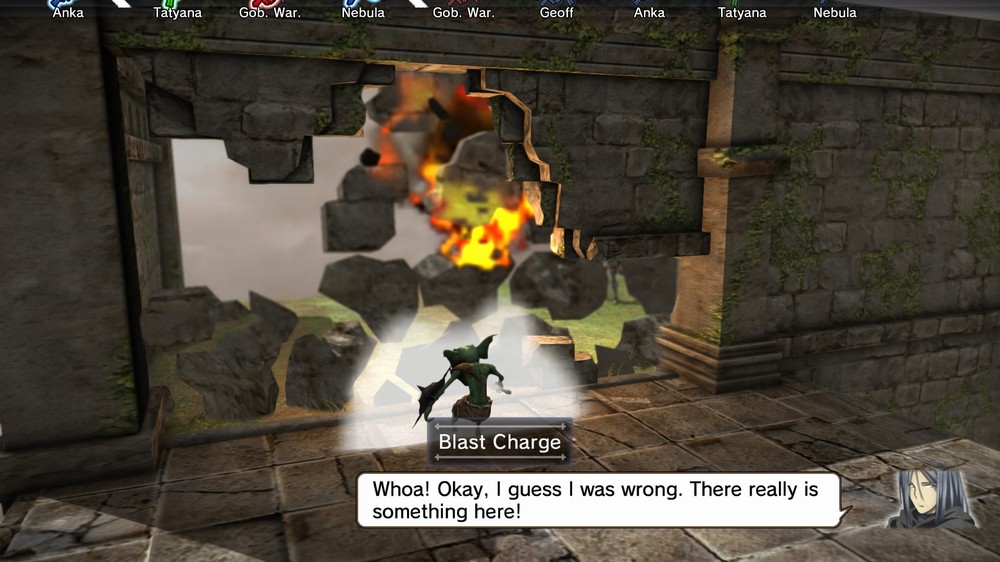 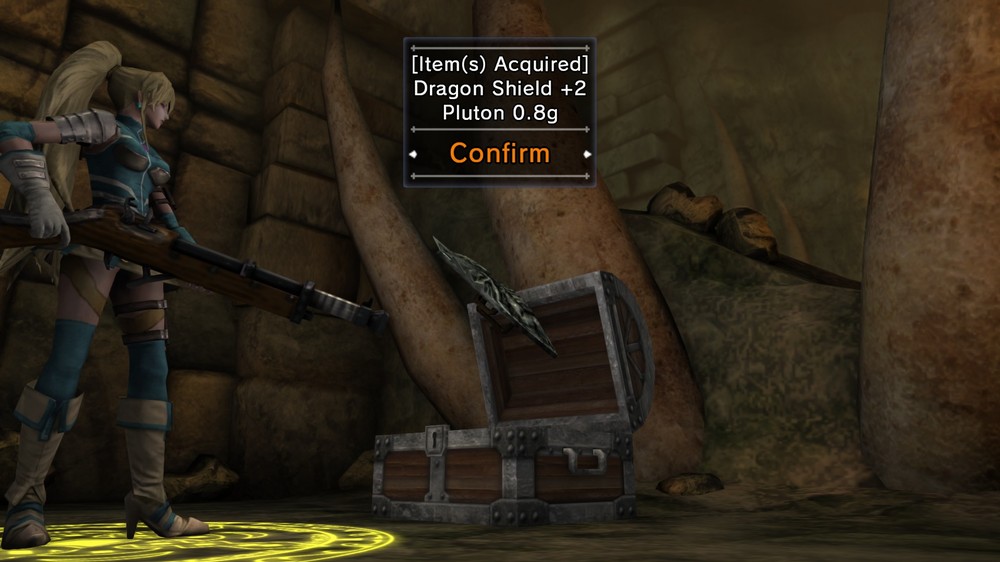 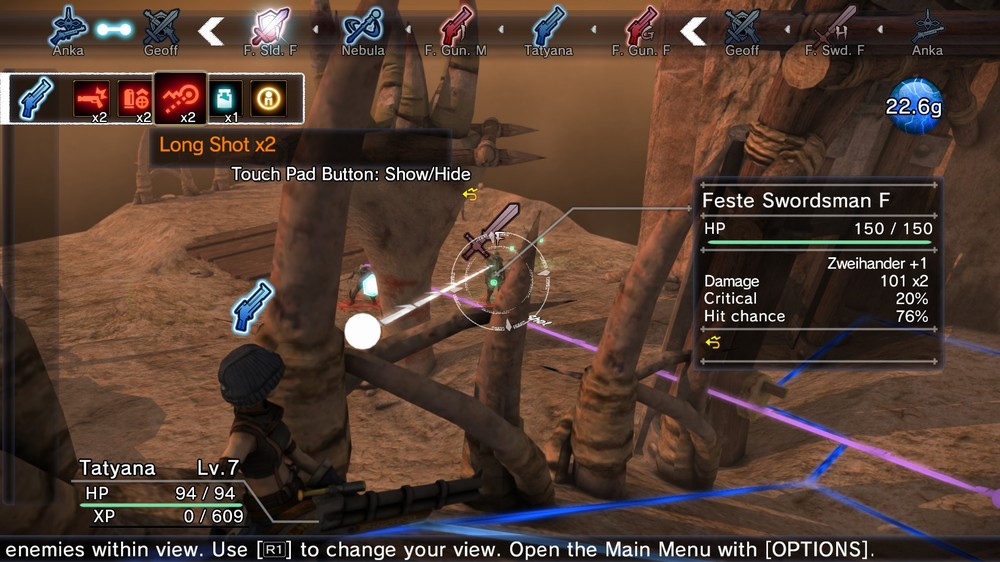 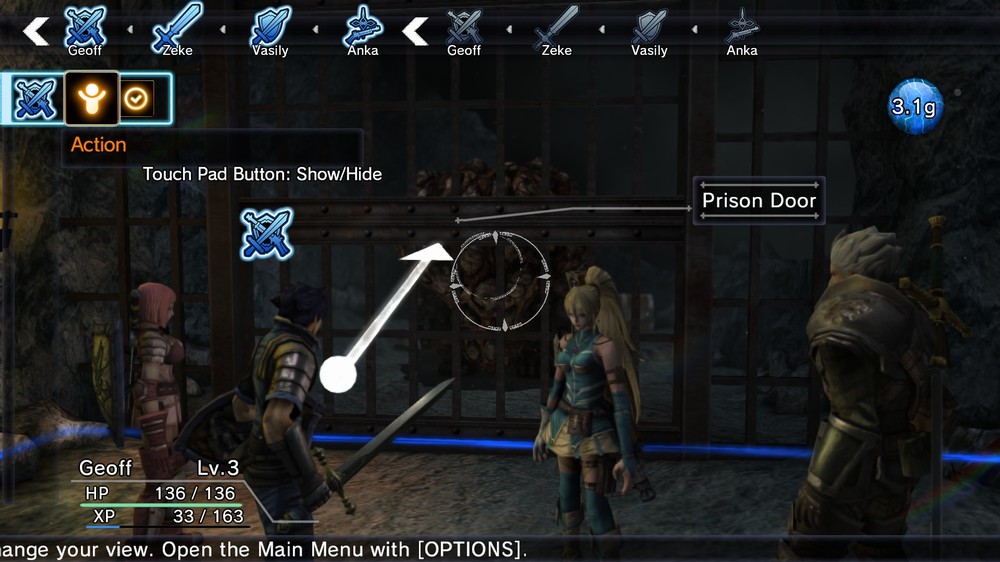 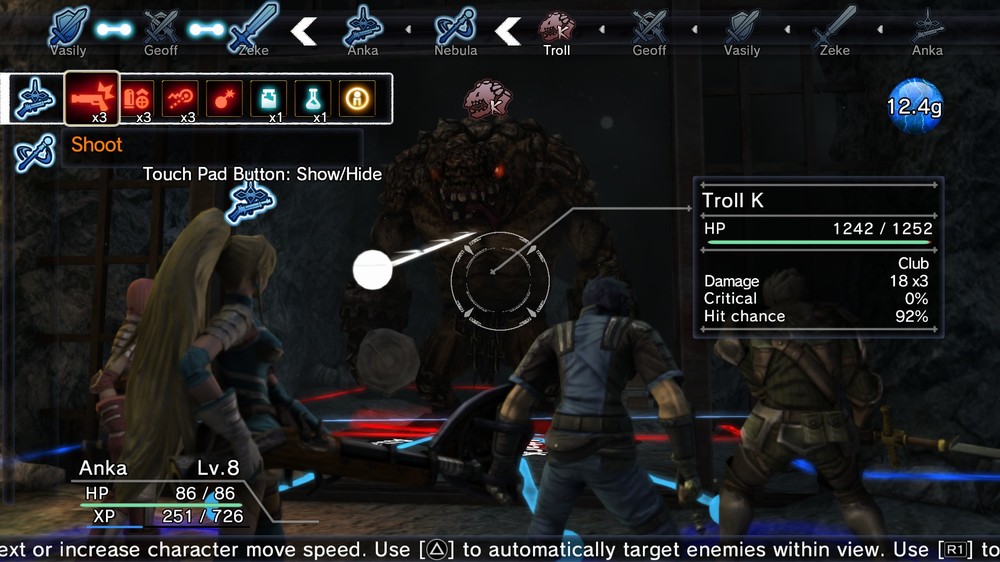 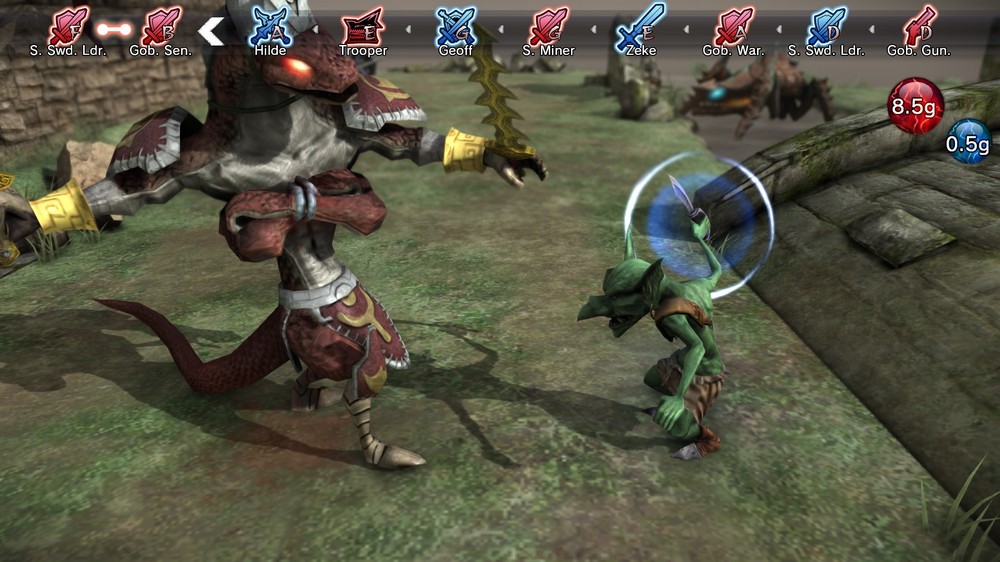 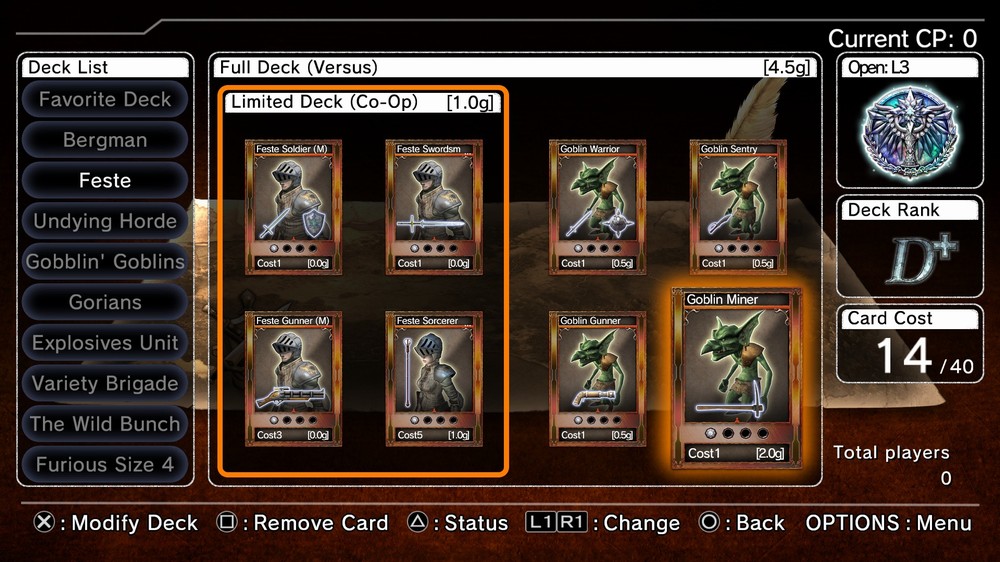 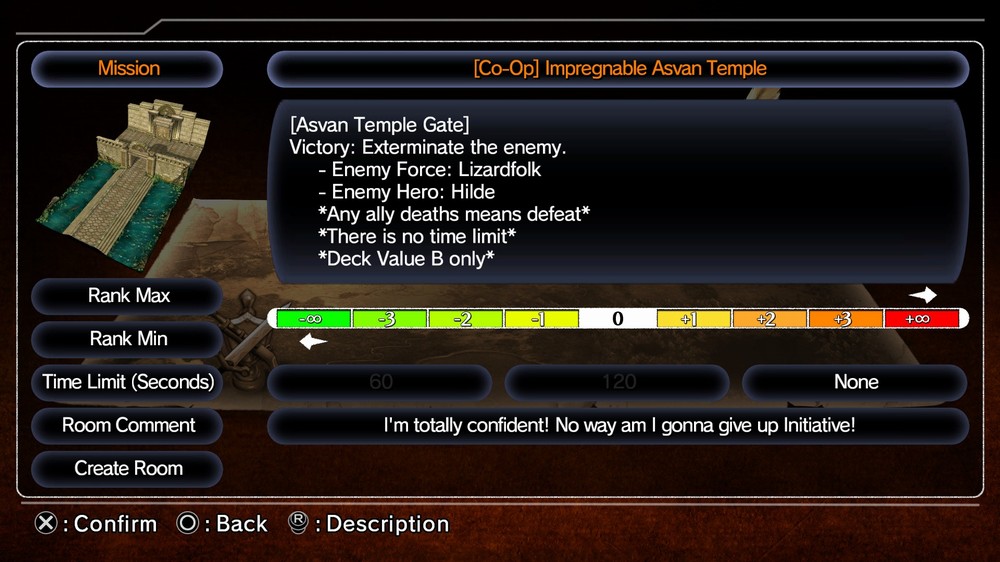 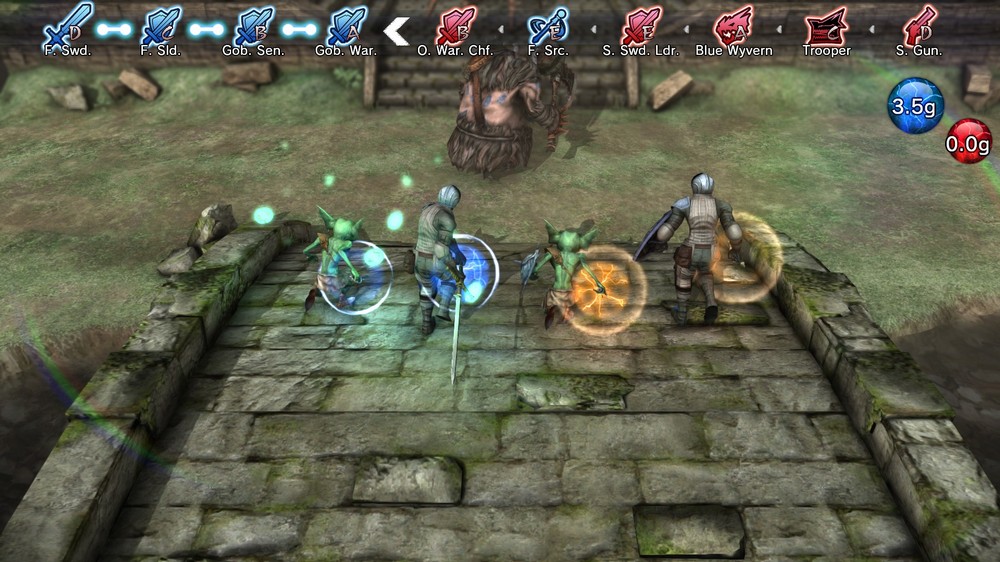