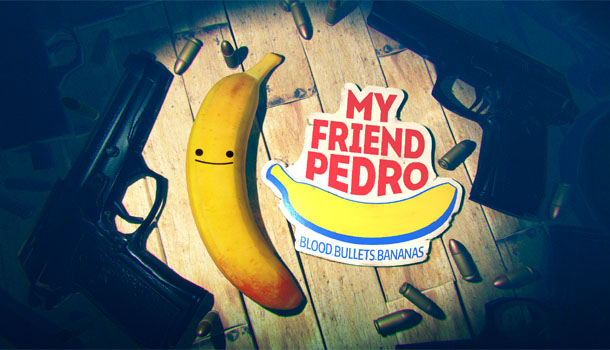 A brilliant combination of John Wick and Max Payne stuck in a retro-90's sidescroller.

Is that a banana in your pocket or are you just here to kill me?

My Friend Pedro has just become my BFF when it comes to retro, arcade, action games with dynamic twin-stick shooter mechanics and a classic side-scrolling presentation ripped straight from the 80’s arcade scene. Toss in a talking banana and a whole lot of firearms and you have everything you need for hours of violent entertainment. The game wastes no time in getting you up to speed as you wake up in the basement of some abandoned building greeted by Pedro, your potassium-enriched partner for the rest of the story. He will teach you all the basic moves in the opening tutorial as well as provide additional hints as needed throughout the game.

I won’t bore you with the story; frankly I’m not entirely sure I understand it or even care. The goal is simple; kill everything that moves between you and the end of each level as quickly and efficiently as possible while adding as much style and flair as humanly possible. Things start off easy enough with randomly spaced henchmen, but all too soon the game will put six or more guys in a room then give you dual pistols, then dual Uzis, and eventually a shotgun for close quarters dismemberment and splatter. Seriously, the shotgun will cut bodies in half and send charred severed heads rolling across the floor. 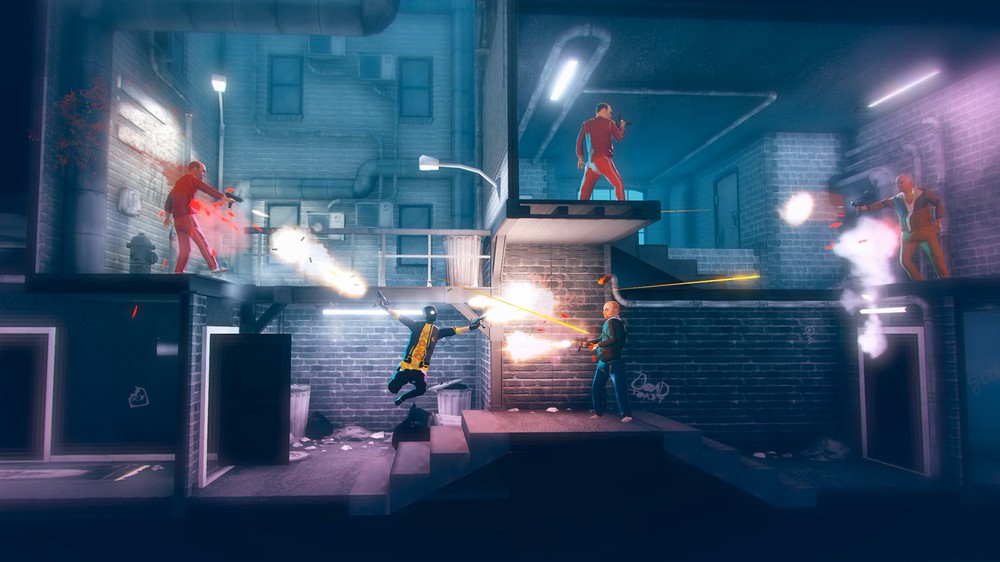 My Friend Pedro reminded me of the Max Payne games. It has all the flair and finesse of performing insane gun-fu action in slow motion, twisting and tumbling in midair, rolling across the floor only to kick an enemy off a ledge or into a wall. You can swing across cables, smash through windows, ride up and down elevators, ride a motorcycle, roll barrels into enemies, and make use of explosives lying around to light up the enemies in style. Of course all of this is secondary to unleashing a barrage of bullets using one of the best twin-stick shooter designs I’ve played in the genre.

You’ll move around using the left stick while aiming with the right, but the genius part is when dual wielding you can lock one gun on a fixed target while free aiming at a second. Combine this concept with any of dozens of cool moves, especially in slow-motion, and you have some super-satisfying gameplay. Nothing beats bursting through a door and leaping off a ledge while simultaneous firing at enemies above and below you in slow-mo before landing on the floor below, tumbling toward another enemy and kicking them into a splotch on the wall. Riding up and down elevators firing to either side or hanging upside-down from a cable hook firing at two targets is awesome, and you can even kick random items at enemies to knock them down and even kill them. 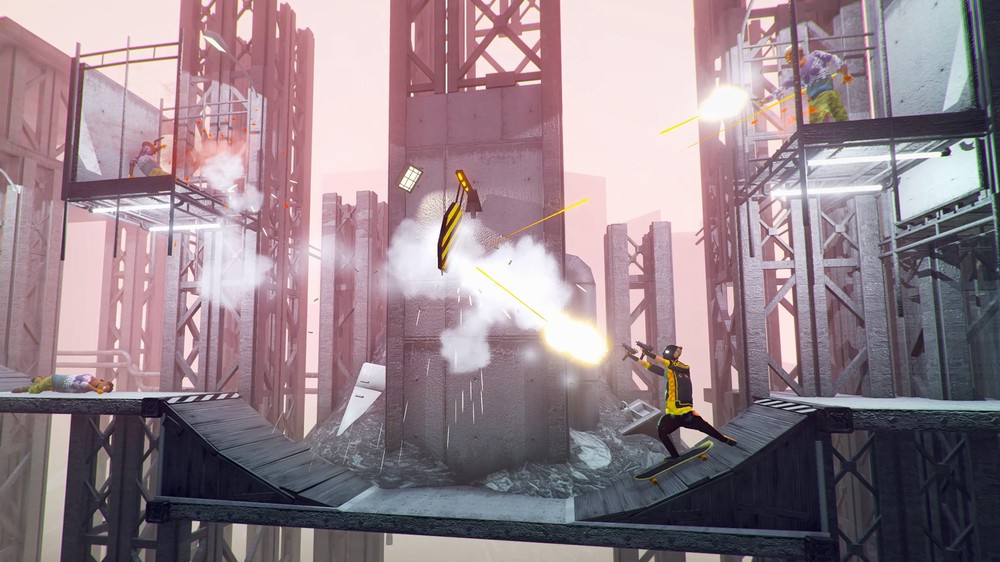 The more stylish the kills and combos the better the chance Pedro will poke his “head” in from the side of the screen with a variety of expressions. Of course scoring well will also earn you fun letter grades for each level as well as put you at the top of level-specific leaderboards.   This arcade style reward system is pretty much your only motivation for replaying, aside from the sheer exhilaration of feeling like a total badass. This game would be even better if they added a level editor, but then we’d never stop playing.

Arguably, the levels do start to blend together and basements don’t look all that different from upper floors or even rooftops. Things do get entertaining when you finally get outside and have to start killing gangsters while riding a skateboard or driving a motorcycle. There is even a chapter where you visit Pedro’s own psychedelic world that’s pretty much a bad acid trip with firearms and lots of crazy platforming with vanishing platforms. What never gets boring is all the fun ways you get to kill countless enemies…well; I guess you can count them because there is a bonus for killing them all on each level – usually around 45-55. 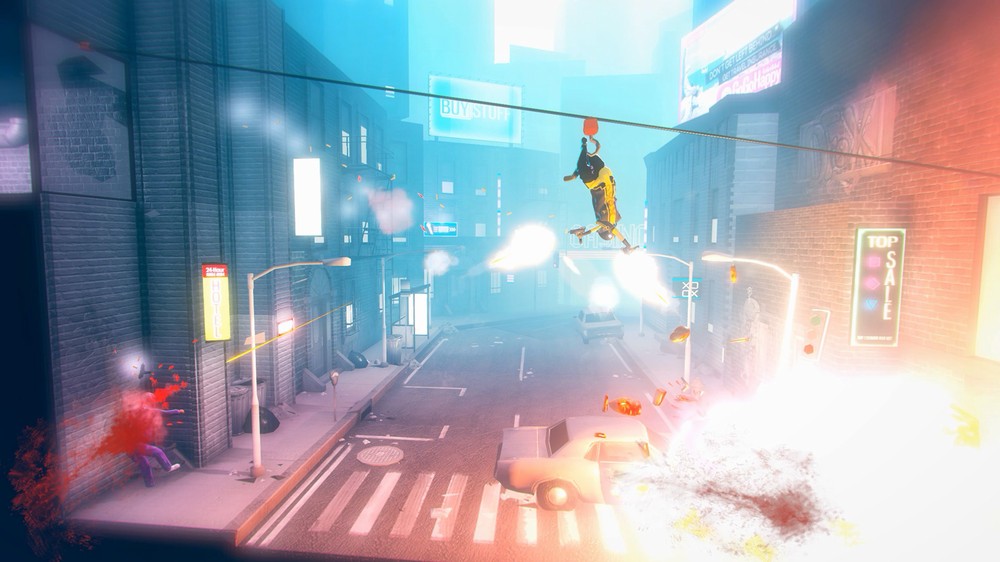 The presentation is solid with smooth scrolling levels that provide just enough advanced view ahead to plot your strategy before going in guns blazing. Whether in slow-motion or normal speed, the gameplay flows naturally with a variety of jumping and wall-jumping navigation, swinging on cables, riding on elevators, or sliding down zip lines after smashing through a window. This is all high-energy stuff and thankfully each level is only a few minutes so you can take a breath between. There is great use of color and textures and the character animations are extremely precise and easily analyzed during slow-motion. Bullets are mere streaks in real-time but are trackable objects with trails in slow-motion and easily avoided with your spin-dodge move. The EDM and techno soundtrack fits the gameplay perfectly and feels like the soundtrack from the Matrix movies.

There is a genuine challenge and a progressive level of difficulty in My Friend Pedro, with each new chapter building on the concepts of the previous while adding in some new creative twist to the action or new element to the level design. There is one entire level that takes place while freefalling from a skyscraper that was totally unexpected and offered a great twist on the gameplay.

For only $20 ($27 with the soundtrack) I can’t recommend My Friend Pedro highly enough. It is one of those games that lets you feel like a total badass (sometimes by accident), which only makes you want to play it even more. There is easy access to revisit previously unlocked levels, each with their own leaderboard as well as your best letter grade. Returning to earlier levels after learning new killer techniques will certainly improve those initial scores. My Friend Pedro is one of the unexpected breakout hits of the summer, and I look forward to spending a lot more time with Pedro. 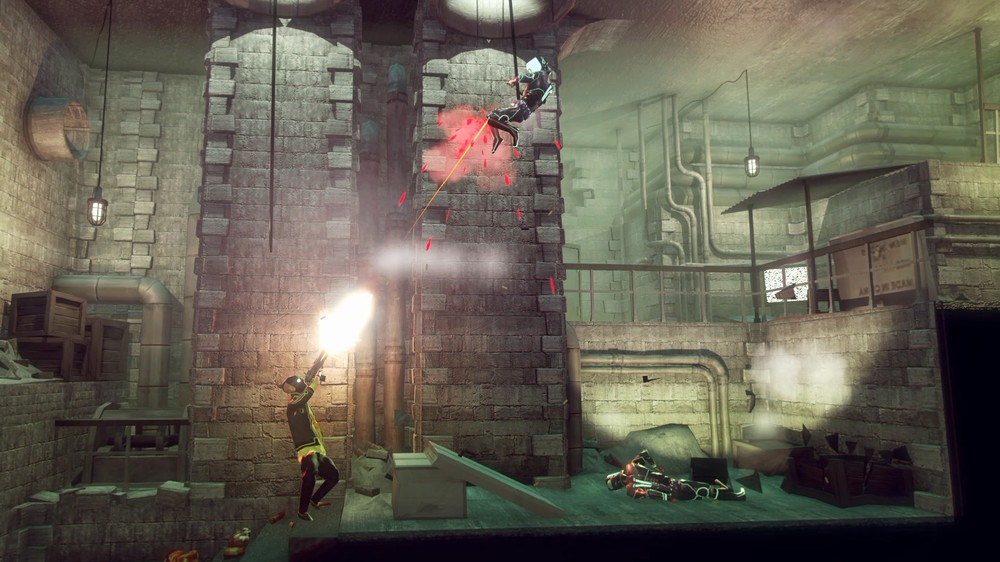 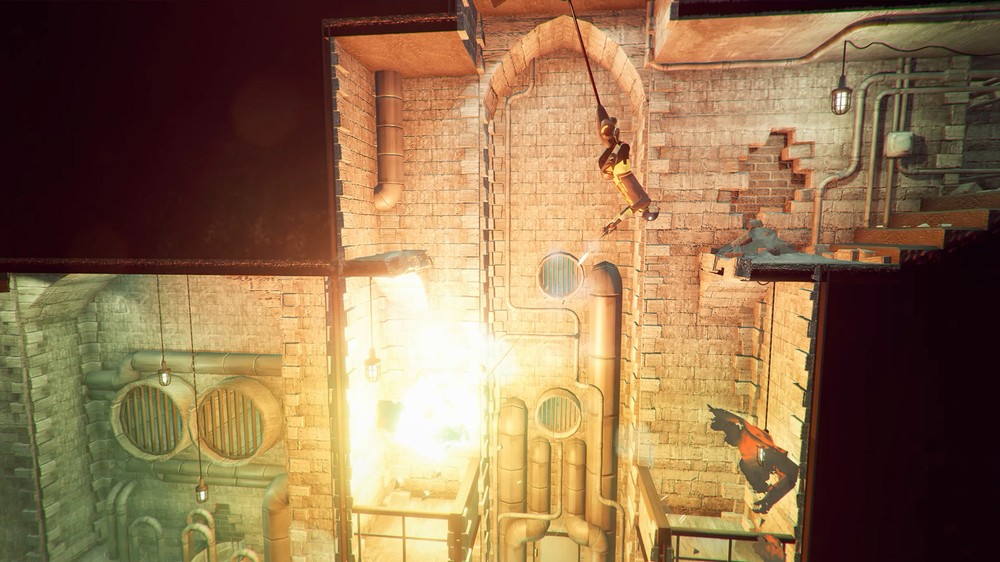 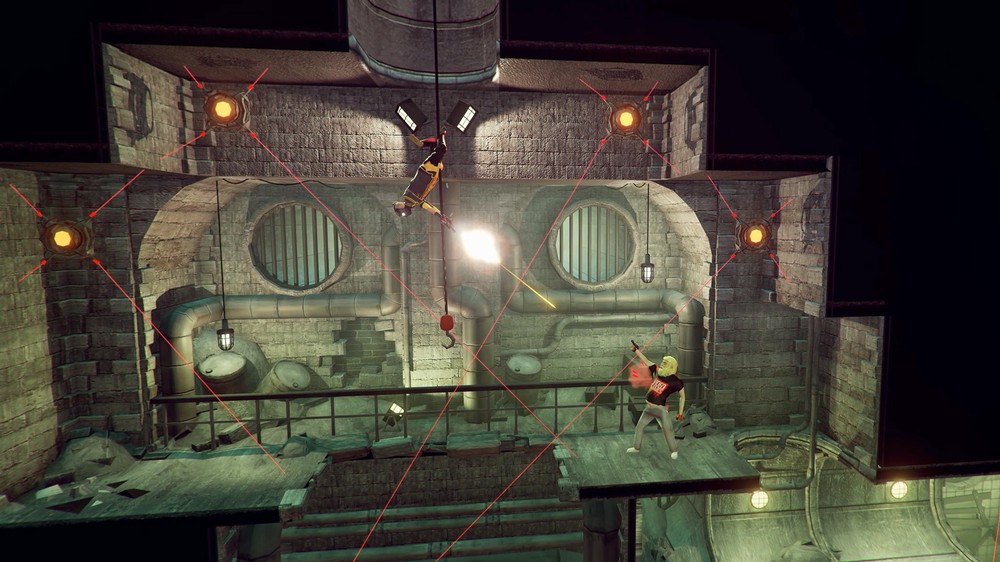 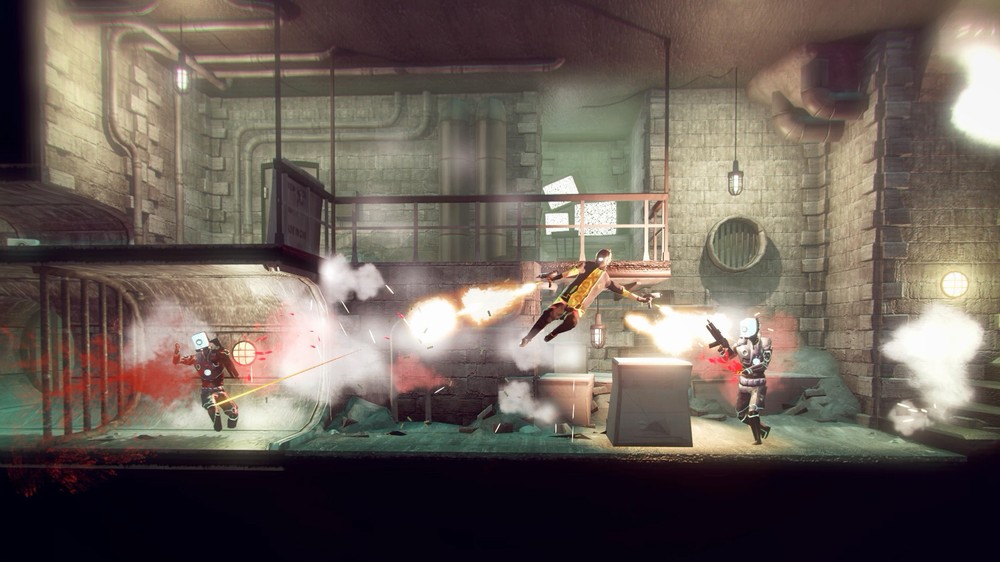 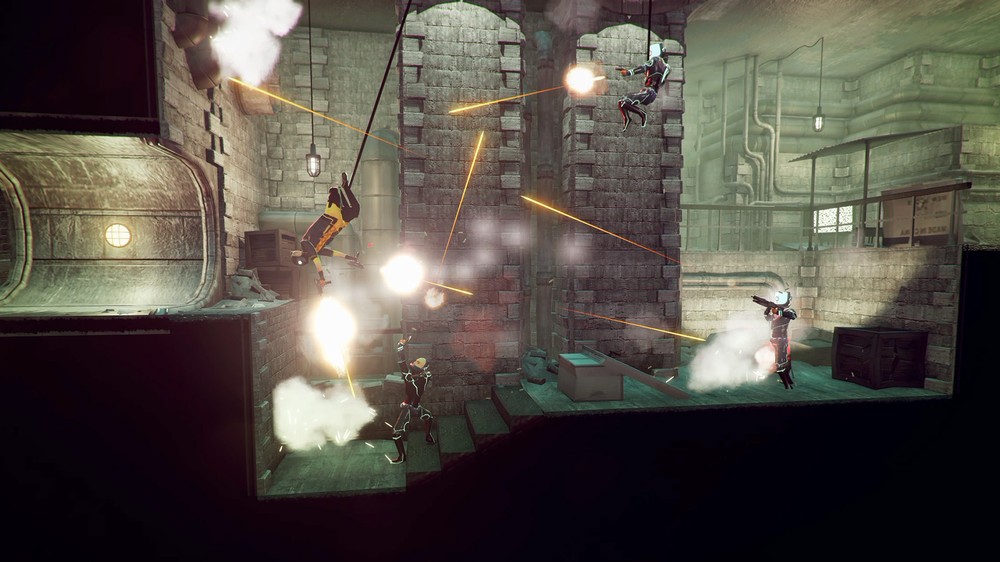 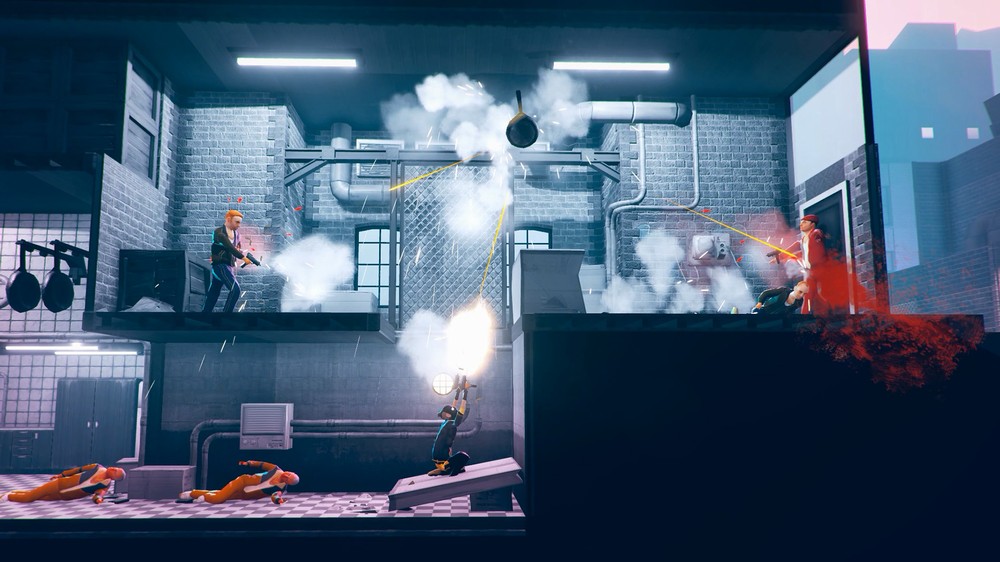