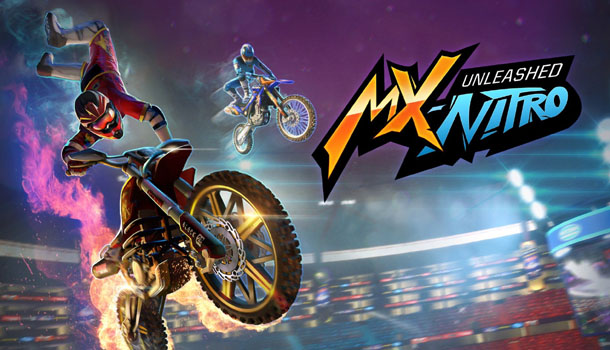 Great for short bursts of crazy fun but ultimately forgettable.

I love the MX and Supercross racing games from the last generation, but it seems that genre has dried up; at least when it comes to AAA publishers. Sure, there have been a few weak attempts to resurrect the dirt bike racing scene, but they have all been objectively disappointing. When I heard about MX Nitro: Unleashed and saw the screenshots I was excited that the genre might be reborn, but after several hours I realized that this game doesn’t come close to those thrilling racing games of the past, but then again it wasn’t trying.

MX Nitro: Unleashed was designed more for fans of the Trials franchise from Ubisoft, targeting players who want short events (usually less than two minutes) that mix crazy Tony Hawk-style stunts with nitro-fueled racing. There are more than 50 tricks that will slowly unlock as you progress through the lengthy career mode that spans more than a dozen locations around the world. Each location hosts several events with multiple objectives that reward you with stars and in-game currency used to buy new bikes and visual upgrades for both rider and bike. It’s a fairly simple and predictable loop found in most racing games such as this. 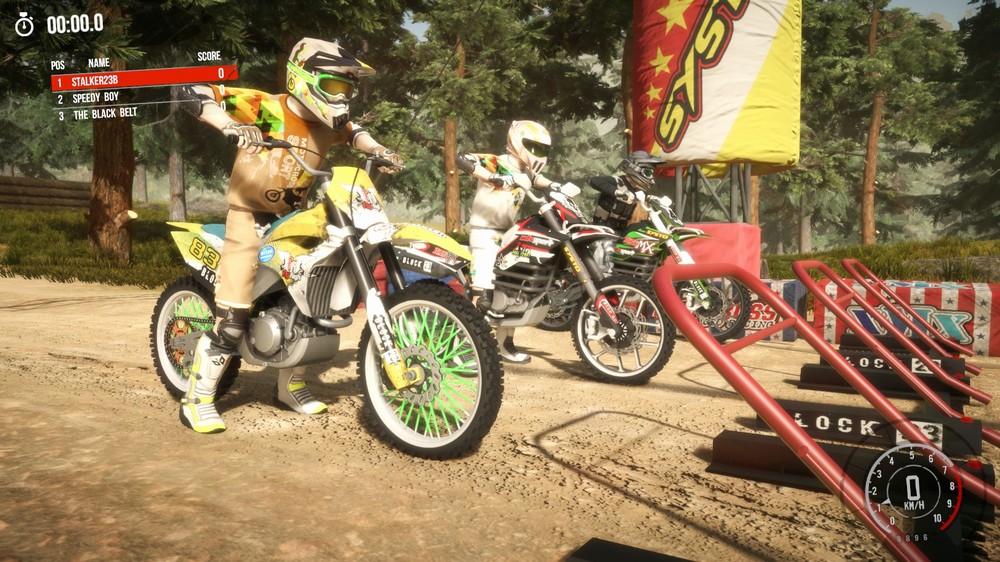 The thing that sets MX Nitro: Unleashed apart from a lot of other stunt racers is that stunts are actually integral to you winning or even completing some events. Not only do stunts factor in to most of the star-reward challenges in some way, they also fuel your nitro boost, which is necessary to catching the most air and knocking out the best trick combos as well as boosting across the finish line in first place. The quest for more nitro is the driving force behind this game. In one of the earlier tracks there is a large canyon jump just after the race begins. There are no ramps or hills to do tricks before that point, so you must ride a wheelie to earn enough nitro to make that jump.

The controls feel great for riding, with smooth analog input for the bike and rider, making it easy to balance that wheelie or perform multiple mid-air rotations, but the stunt controls are a bit iffy. There is an inherent lag between pressing the button and seeing the resulting animation, so you aren’t always sure if you activated the trick making it easy to press again and stack the tricks even though you might not have enough air to perform them. You’ll eventually learn to adapt to the lag and find a flow to the combo system leaving you to deal with some truly awful button combos. Whoever thought X+B was a good combo needs to be dragged behind a dirt bike for a few laps. Those two buttons are impossible to hit with a single thumb. Thankfully, I’m using an Elite controller and was able to map that combo to a paddle on the bottom, but for those playing with a standard controller, good luck doing this combo just once to get past the tutorial. The Select button instantly restarts a race with no load times – a great feature for a game where you know when you messed up and can’t win. 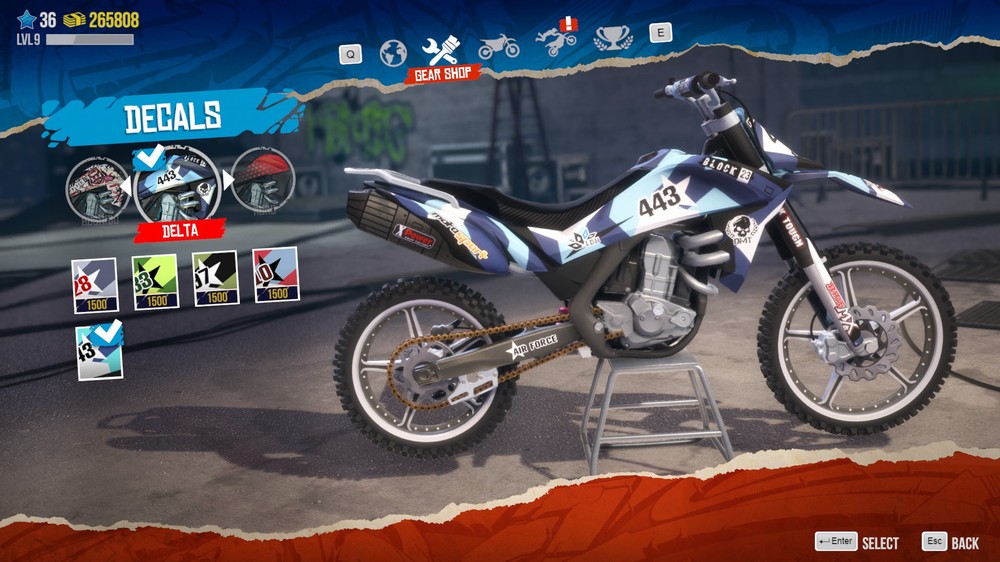 MX Nitro: Unleashed has a great look and a clean design with simple menus and easy access to things like the Gear Shop where you can buy cosmetic upgrades like new helmets, shirts, pants, and armor as well as decals and rims for your bike. The Bike Shop is where you can buy the five increasingly more powerful and nimble bikes leaving you to figure out the proper balance for racing or stunts…or both. Bike all have attributes for Speed, Acceleration, Nitro, and Agility. There is also a Tricks library where you can view the various button layouts for each of the 55 tricks and even practice them before the race.

Races are relatively short, designed as sprint events that last around a minute. There is quite a bit of repetition involved, both in learning the layout of the track so you can hit the jumps just right as well as locking down all those challenges. While it’s possible to earn all three stars in a single run, more often you will need to make multiple runs, as earning 2000 trick points often conflicts with crossing the finish in first place. It’s not impossible, but it’s easier to make multiple runs. The trick events are great fun where you are riding around a circular track busting as many tricks as possible in the time allowed. 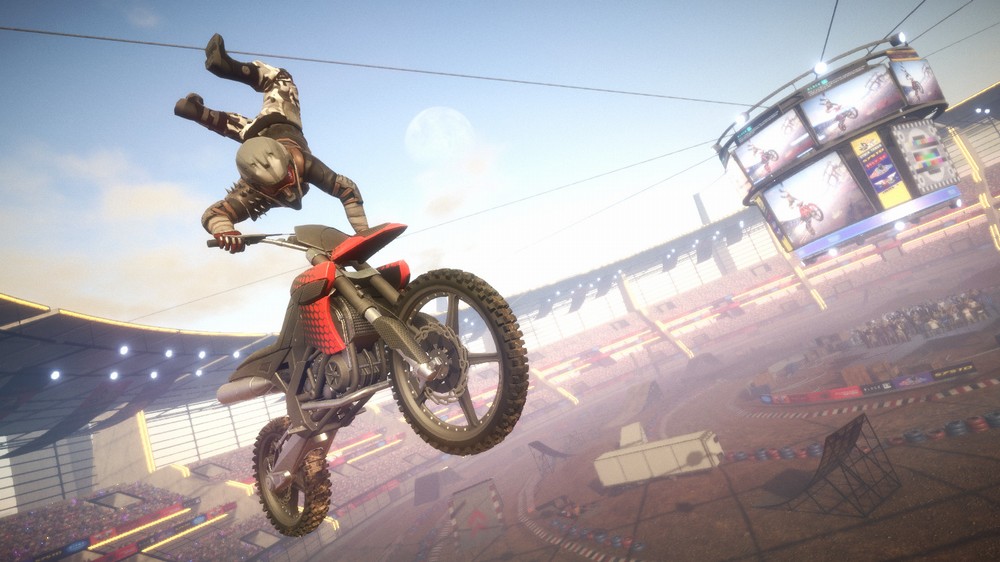 The game graphics are excellent; perhaps not quite as refined as those in the Trials franchise, but for a $10 game you will be impressed. The level of detail in the models, tracks, and textures is fantastic and the game scales nicely between 1080p and 4K depending on the power of your PC. The camera is locked at this angled side view, not unlike Trials, but for those not used to that game or this view it can be disconcerting. Once you adapt you will realize it’s the perfect angle for racing and performing tricks, although I do wish the camera was a bit higher, as it can be difficult to see the ground and plan your landing during the larger/higher jumps. The sound effects and music are great with some energetic music perfect for this racing culture.

MX Nitro: Unleashed is a fun little stunt-racing game that hearkens back to the days of Excitebike. There are plenty of upgrades and new content that make Unleashed a worthy follow-up to the original MX Nitro. They even added an Easy mode to make the game more accessible to casual gamers. While the gameplay loop does get a bit predictable and repetitive about halfway through the campaign there is still plenty of entertaining content worthy of your $10. There is even an Online mode where you can challenge the “ghost” times of other players for your place on the leaderboards. Great for casual short-bursts of gaming, MX Nitro: Unleashed is the perfect junk food snack you can enjoy between bigger and more substantial games. 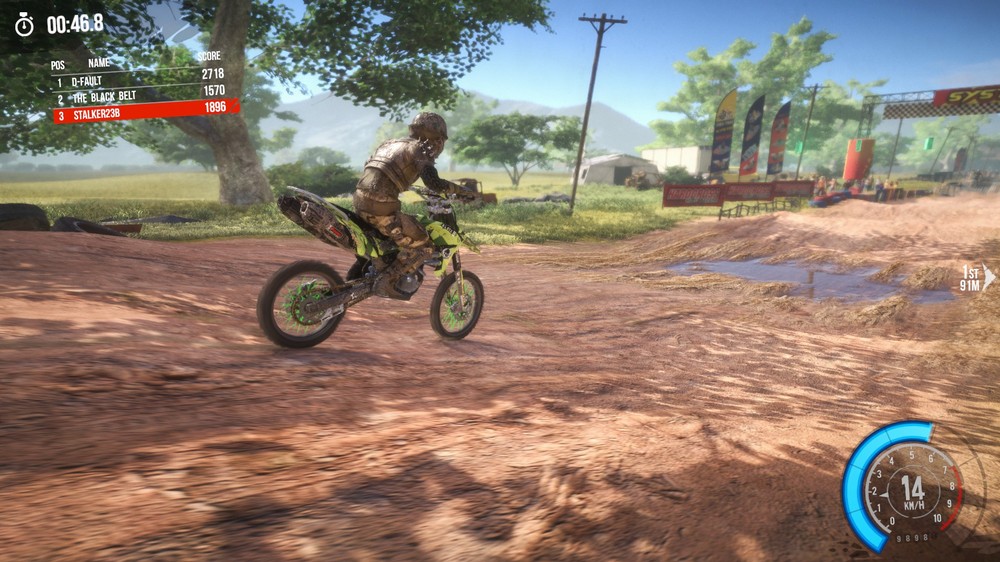 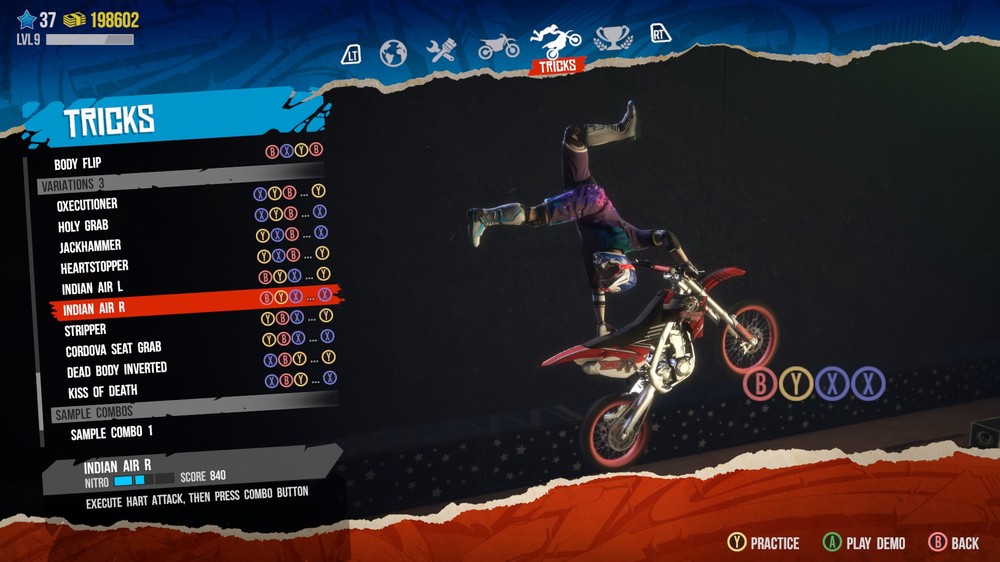 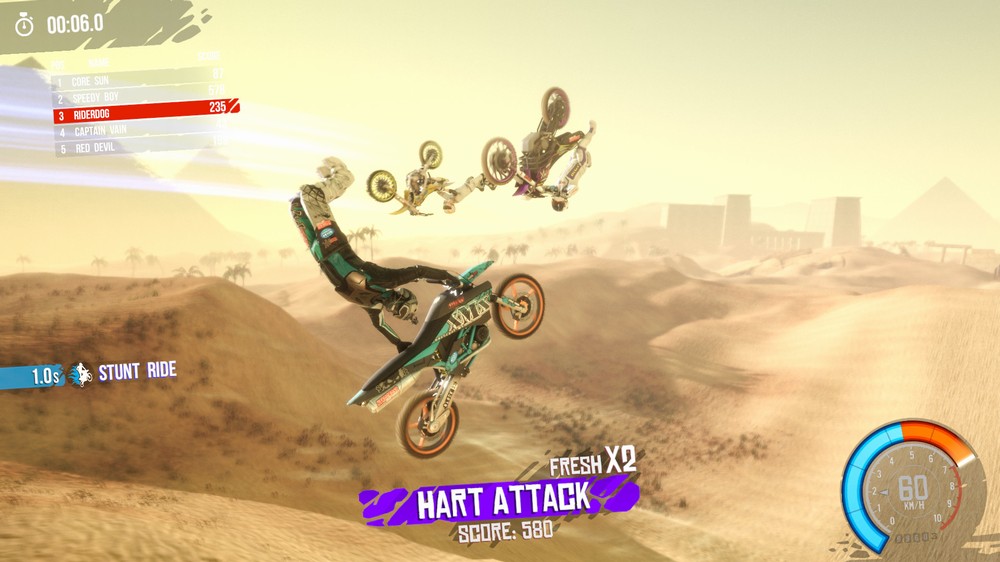 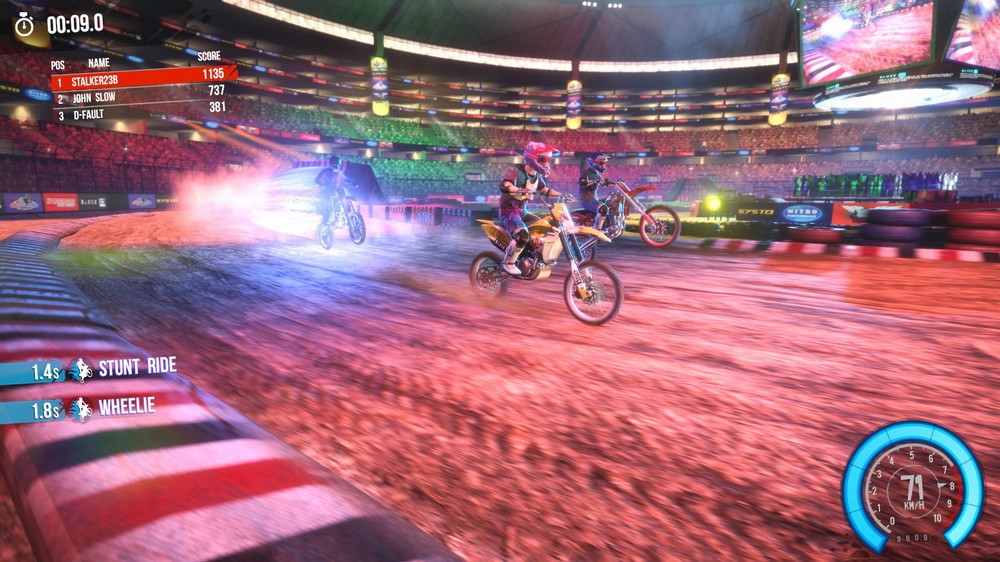 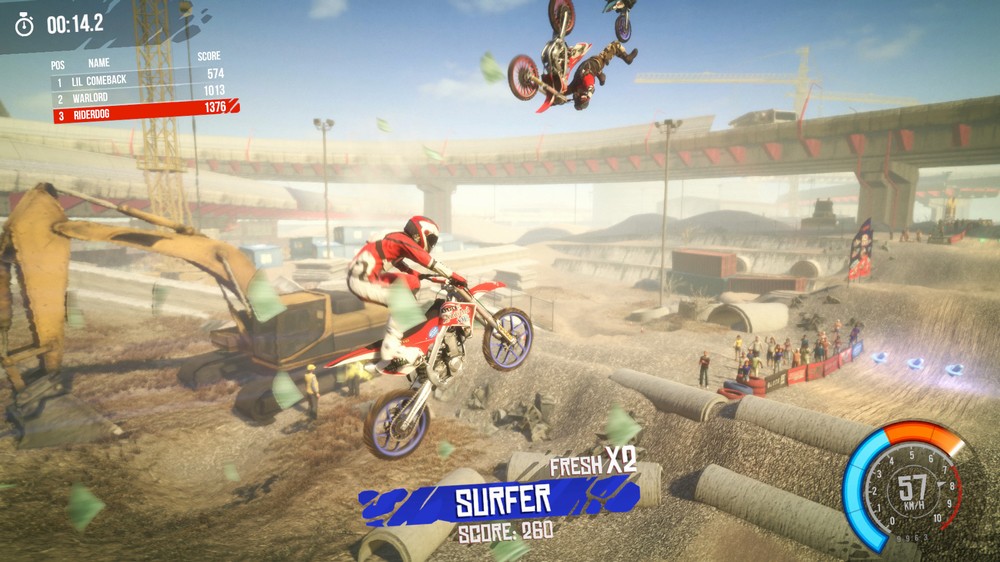