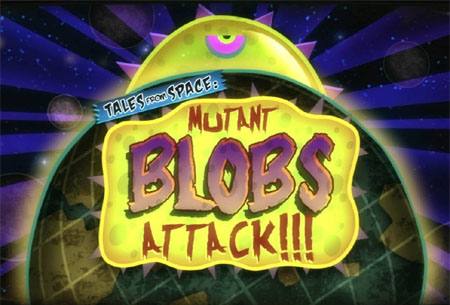 A finely crafted addition to the platforming stable, and highly recommended to anyone with even a passing interest in the genre.

Originally released as a launch title for the PS Vita, Tales from Space: Mutant Blobs Attack eventually found its way to home consoles after a little over two-year wait. Starting off as a small blob that’s just escaped from an experimental lab, players work their way through frat houses, army bases and even space itself, consuming anything and everything in their path.

Mutant Blobs Attack plays as a 2D platformer, with minimal controls aside from moving left and right and using the A button to jump. Although later stages of the game unlock extra abilities, such as rocket thrusters and telekinesis, the vast bulk of the game is spent working your way from left to right through levels, overcoming various navigational obstacles and deciphering numerous special puzzles.

One of the strongest elements of Mutant Blobs Attack is its difficulty curve. Through the course of the game you never feel as though the challenge placed in front of you is unfair, or that you haven’t been trained how to overcome it, even if a little bit of forethought and planning is required. The extra abilities that are introduced are eased upon the player gently, and although the latter levels are certainly challenging and occasionally prove frustrating, it’s never due to a fault in the game, but more likely down to the player themselves making elementary mistakes. 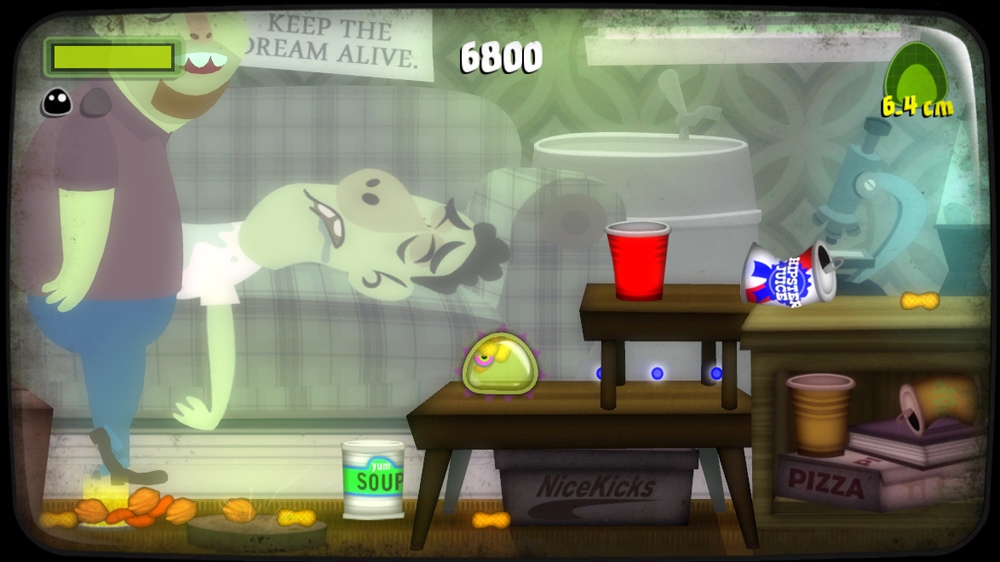 Aesthetically, Mutant Blobs Attack closely resembles a Saturday morning cartoon, mixed with a dash of Namco’s Katamari series. There’s no proper spoken dialogue in the game, merely a form of speech similar to the parents in the Peanuts animation. Despite this, it’s never difficult to tell what’s supposed to be happening, even if the story itself is a very basic B-Movie premise of a blob getting bigger and bigger, consuming everything in its path. It’s this absorption of matter that gives Mutant Blobs Attack its resemblance to the Katamari games, as throughout the various levels, and indeed the game itself, your blob gets larger as it absorbs objects, which progress from peanuts and red plastic cups to phone booths and people, and onto helicopters and tanks, and even asteroids and planets.

Like Drinkbox Studios’ later game, Guacamelee!, Mutant Blobs Attack features a subtle sense of the humor that relies heavily on Internet memes for its laughs. Various puns are made via store signs or posters within the game, and though they never stick out in a ‘look at me!’ style, they do offer a nice distraction as you’re rolling around the levels. The background music sticks to this theme as well, never becoming so overdone as to become unwelcome, but instead complimenting the B-movie atmosphere that the visuals and gameplay work hard to achieve. 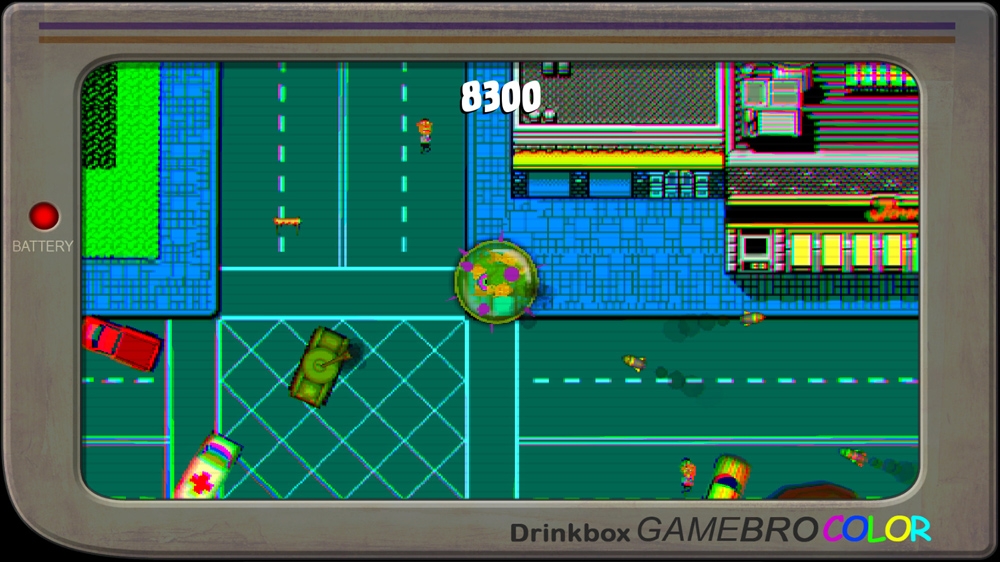 The only major downside to Mutant Blobs Attack is its length. Although the game offers 25 levels, along with an extra four mini-levels, each particular stage only take about five minute to complete, leaving the entire game with a finishing time of just over a couple of hours. Once finished, there isn’t much incentive to go back through again, even though there are other blobs to rescue hidden within the levels, and leaderboard scores to achieve. In fairness, the concept of Mutant Blobs Attack would probably have felt a little stretched had it gone on much longer, but the length of the game is definitely something to be aware of pre-purchase.

Mutant Blobs Attack is a great little game if you’re looking for something different to cleanse your gaming palate for a couple of hours. Though its mixture of platforming and puzzles never really shows anything that hasn’t been done before, it never attempts to have the player believe otherwise, and it’s rare for a game to do what it sets out to this well. Mutant Blobs Attack is a finely crafted addition to the platforming stable, and is highly recommended to anyone with even a passing interest in the genre. 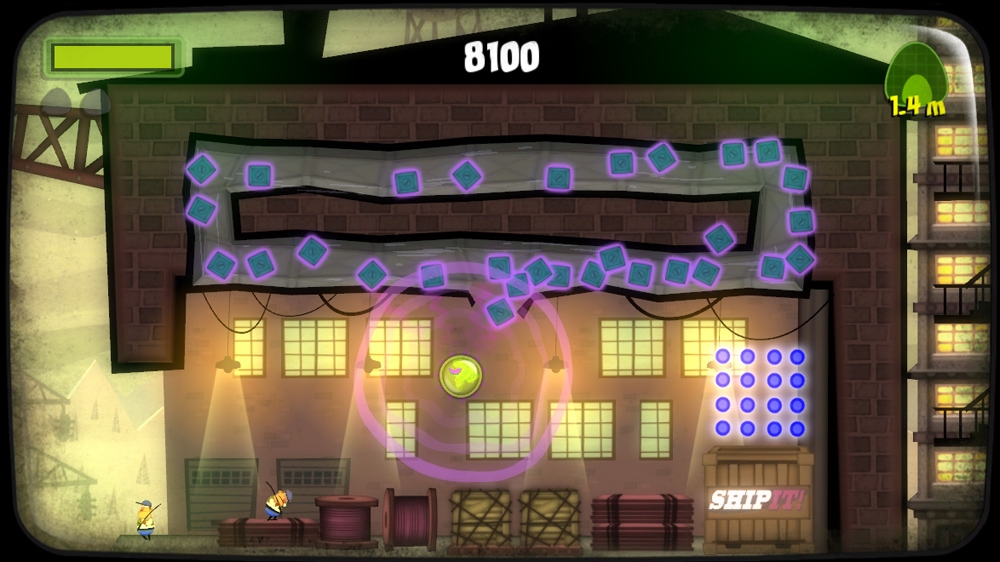 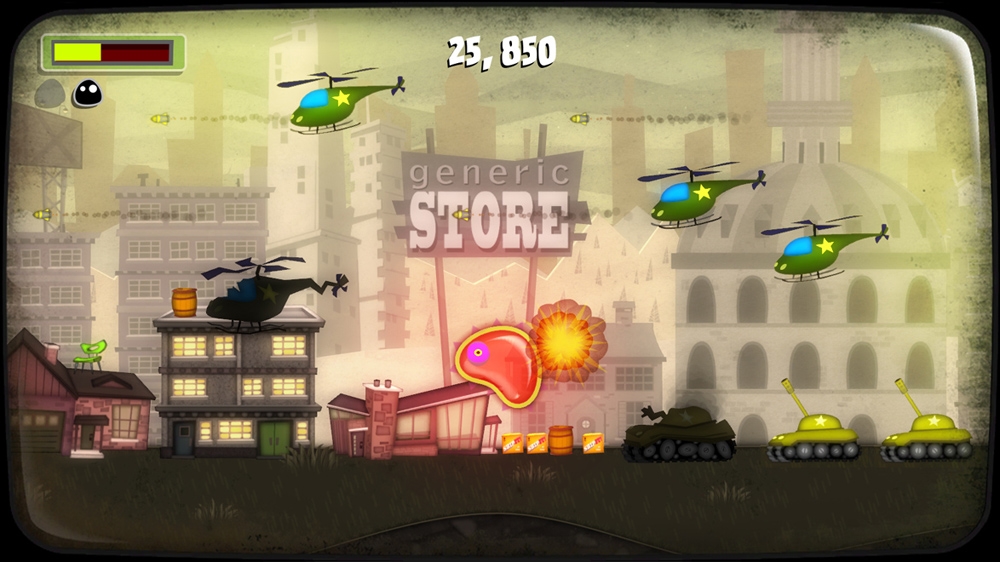 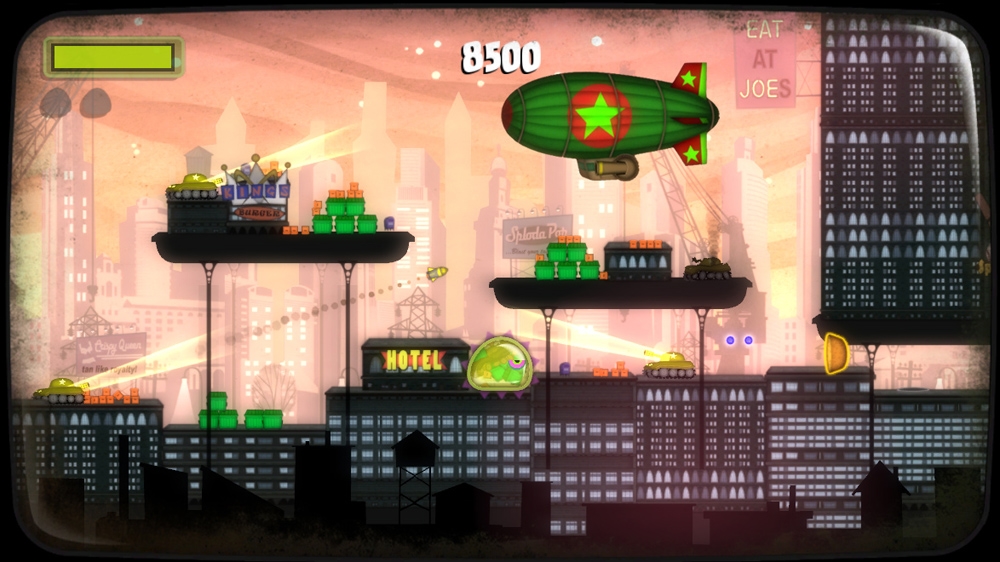 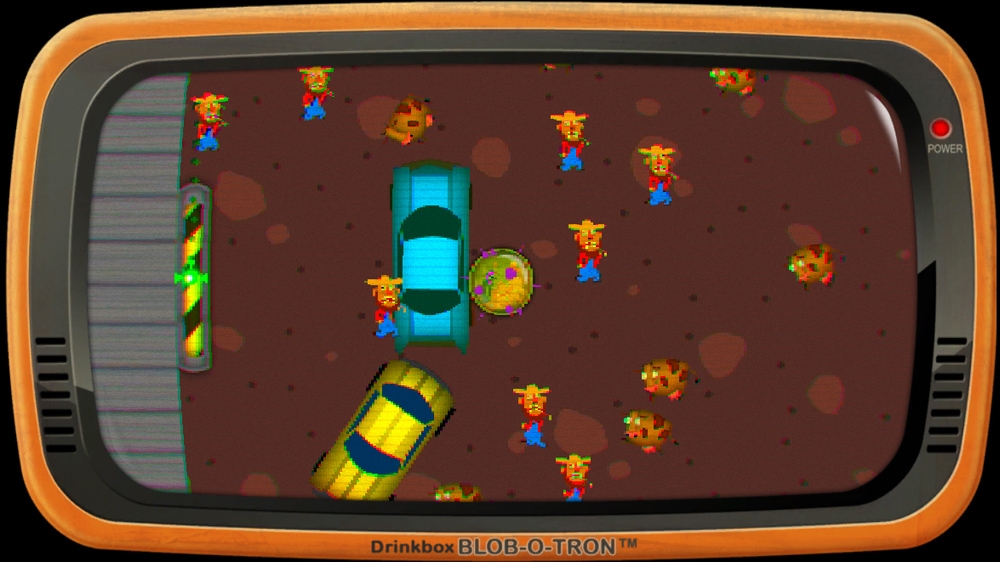 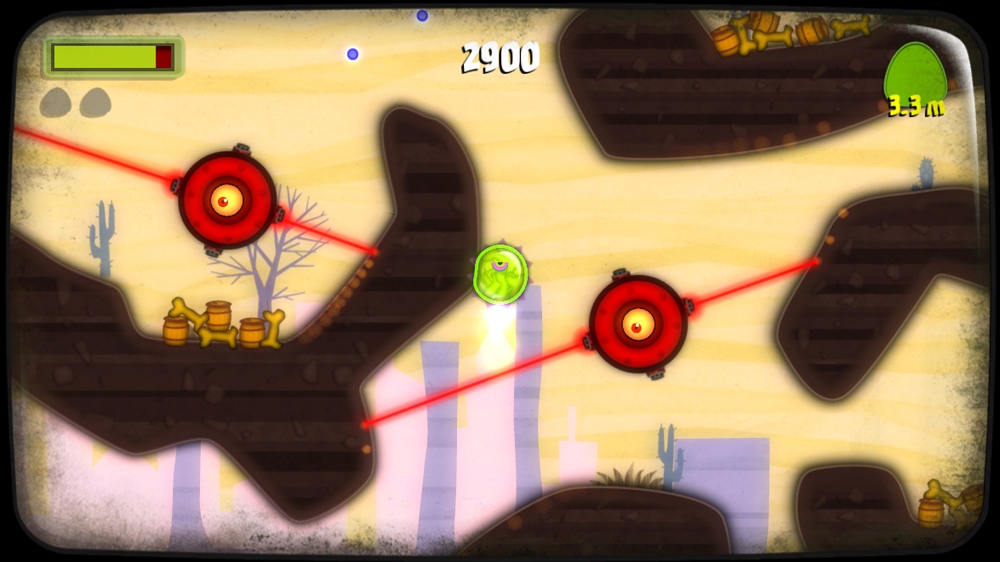 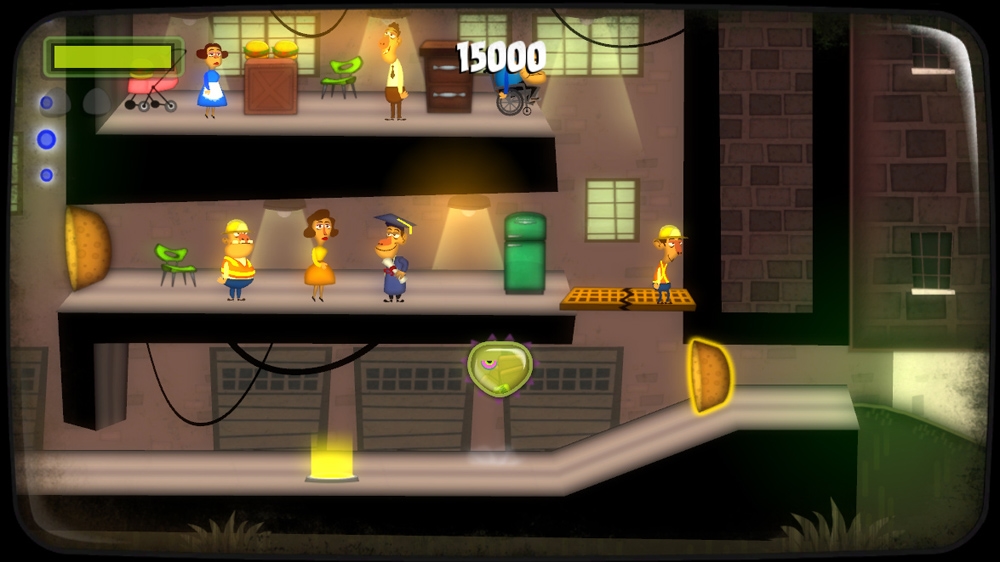 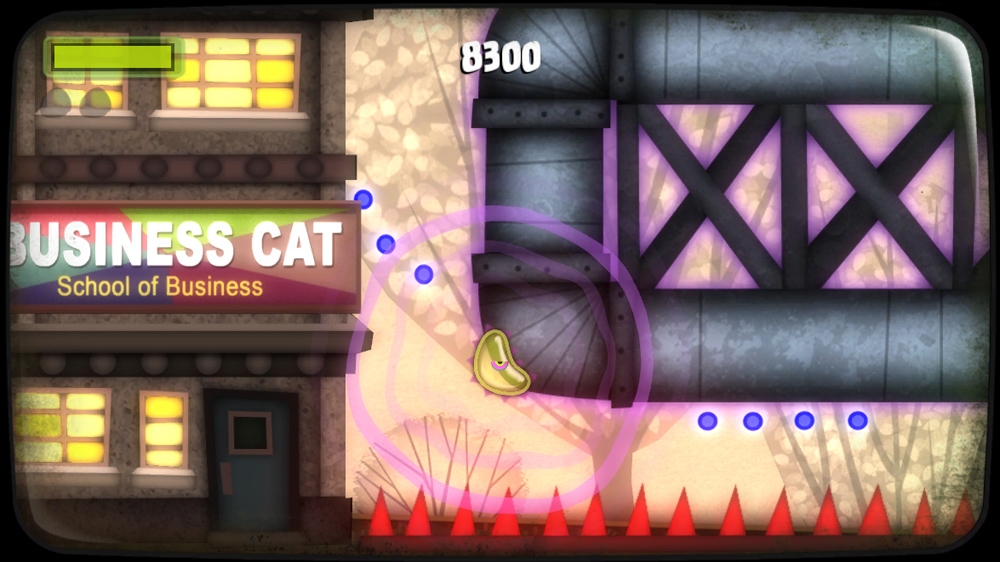 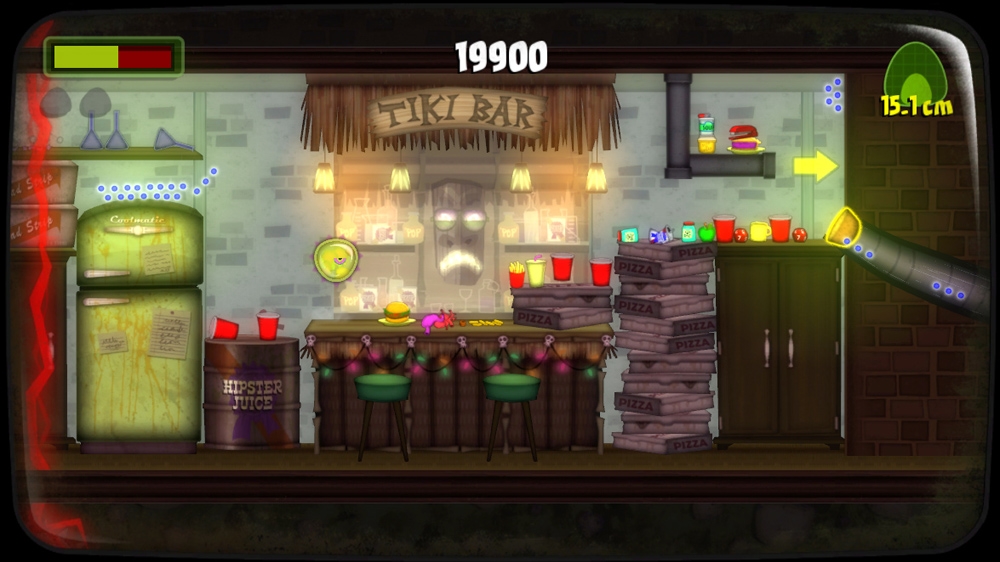 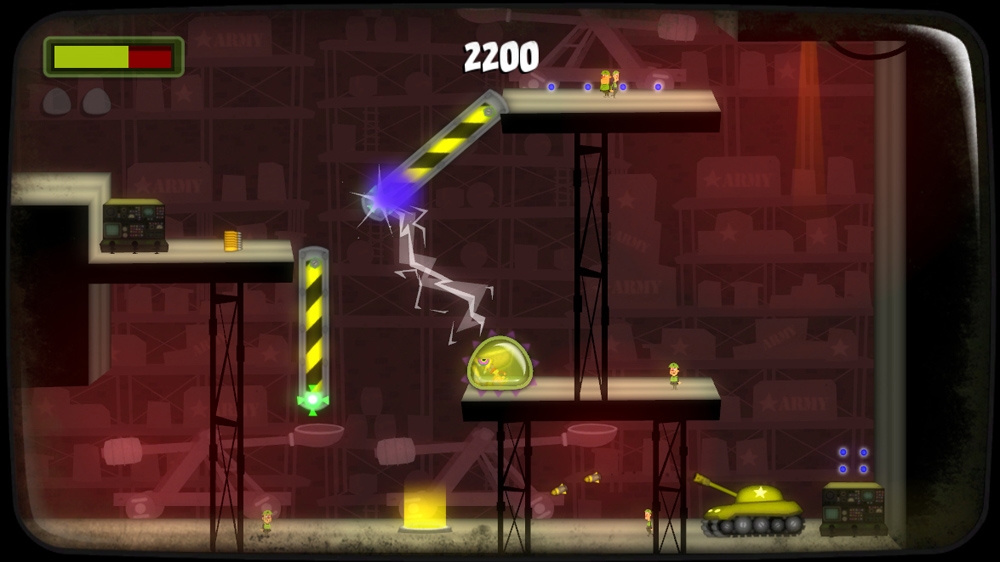