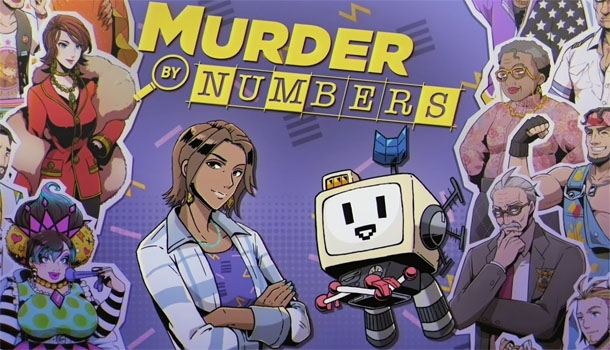 - Slow getting started
- Awkward blend of genres
- Linear with no replayability

Imagine reading this fun and exciting murder mystery novel then having to complete a Sudoku puzzle every 4-5 pages before you could continue. That’s basically Murder by Numbers, the latest interactive puzzle/adventure game to come from Mediatonic , the studio that brought you Hatoful Boyfriend. I mentioned Sudoku only because it’s more popular than Picross, the actual puzzle game you are required to play to advance the story, but more on that in a moment.

So you’ll be playing as Honor Mizrahi, an actress on a popular detective TV show that has just been renewed for a new season, unlike her contract. Upset and unemployed, Honor tries to leave the studio lot but seems to have misplaced her keys. After a random encounter in the parking lot with a puzzle-solving, wacky robot, SCOUT, that seems to have been cobbled together from miscellaneous parts from a junkyard, she returns to the studio to check for her keys and discovers her boss (the one who just fired her) is dead. While Honor seems to be the likely suspect, it turns out lots of people on the staff are potential suspects and it’s up to Honor and SCOUT to prove her innocence. 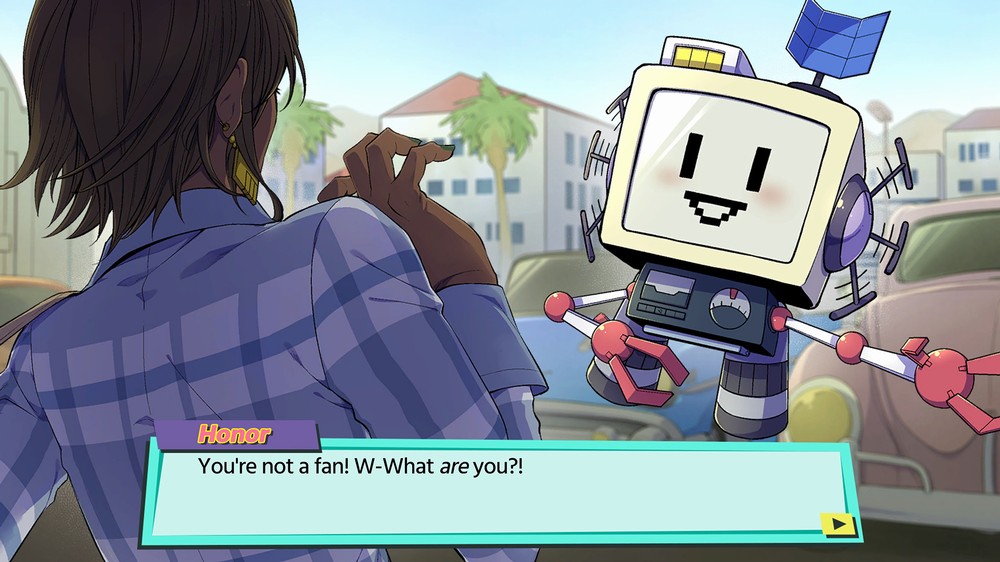 If this all sounds insufferably charming you are correct. From the catchy opening song and video to the paper doll portrait art style overlaid on some impressive background art, Murder by Numbers is a fun and endearing adventure…IF you like puzzles…LOTS of puzzles. The text-only narrative and occasional dialogue trees are mostly a mask to a growing set of Picross puzzles that get larger and more difficult the further you go. I’m not going to explain Picross. The game does that before it even starts by having you complete two sample puzzles while it teaches you the basics. I found the concept of Picross interesting at first, and just like Sudoku or even a classic crossword puzzle, I don’t mind them in certain situations, but mixing them into a text-adventure just seemed incongruous. You either want to play Picross or play an adventure game, and I’d like to see the Venn diagram of the people who want both.

Ignoring the unlikely hybrid of genres, Murder by Numbers executes both game styles perfectly with classic storytelling, character interaction, environmental exploration, and the discovery of clues that will help you solve the mystery. The game is loaded with charm and humor, and having the game take place in 1996 lends itself to some great pop-culture references as well as some painful fashion memories. The SCOUT character is so outrageous, both in concept and execution, that you quickly dismiss the absurdity of it all and just accept him/it as another character. 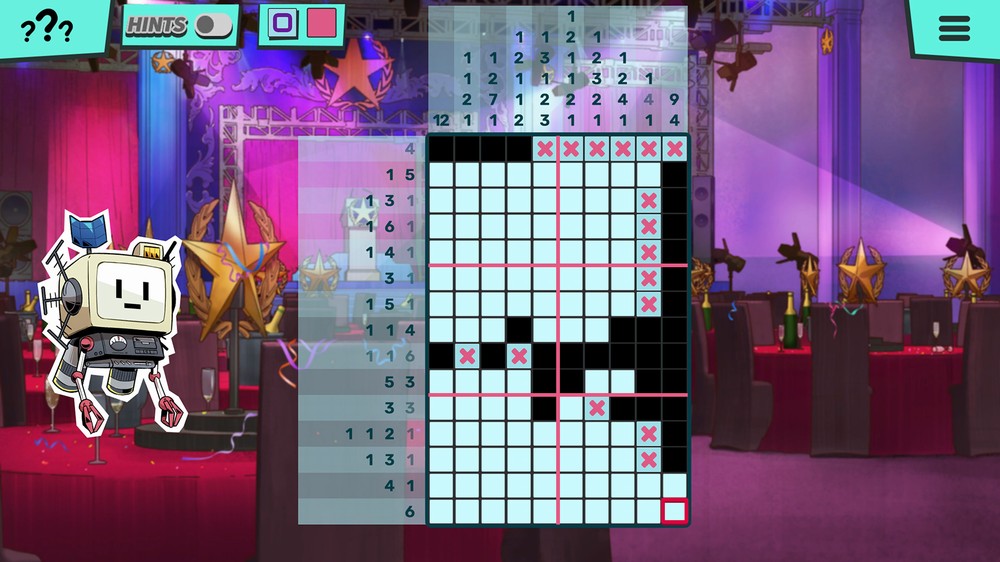 As mentioned before, the graphics are excellent with a colorful style behind the static backgrounds and character portraits that cycle through random poses and expressions during conversations, which can be quite lengthy. The puzzle sequences are simple yet functional and the game is easily played with mouse or a gamepad. There is no spoken dialogue so be prepared to read a lot while catchy music plays in the background. The only thing that really bugged me was the frequent “punching” sound effect during the narrative parts.

Murder by Numbers can be finished in 20+ hours depending on how good you are at the puzzles. Thankfully, there are no time limits to complete most of these puzzles other than a hacking sequence in each chapter, but even these timed 5×5 puzzles won’t spoil the experience. You can choose your difficulty from the start of the game and Murder by Numbers even recommends EASY for those seeking a more casual adventure experience. Being a murder mystery makes this game linear and since the puzzles are also locked into their patterns/solutions there isn’t much replayability. You are scored after each puzzle so I suppose you could go back and replay to better your performance rank.

If you’ve been waiting for a game that blends Hatoful Boyfriend with Phoenix Wright and a heavy dose of Picross then look no further than Murder by Numbers. There is a great story lurking behind all those pixel puzzles and a fun mystery to be solved. Hopefully those 15×15 grids won’t stand in your way, and for those who enjoy the puzzles as much (or more) than the adventure parts, be sure to check out SCOUT’s memory for lots of bonus puzzles.

The game is also available on the Nintendo Switch, and I believe (without having played on that system) that Murder by Numbers is more suited to the portable experience. 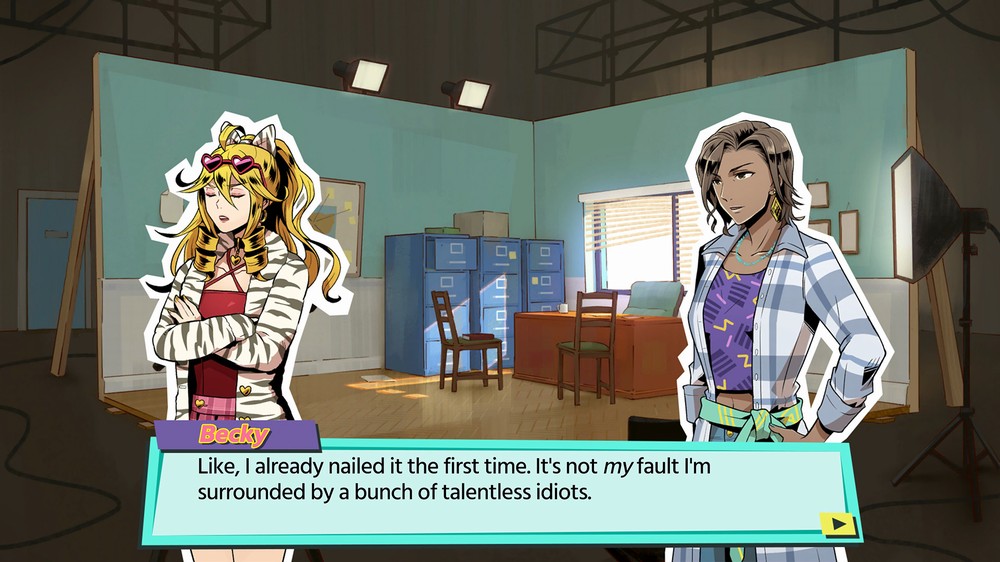 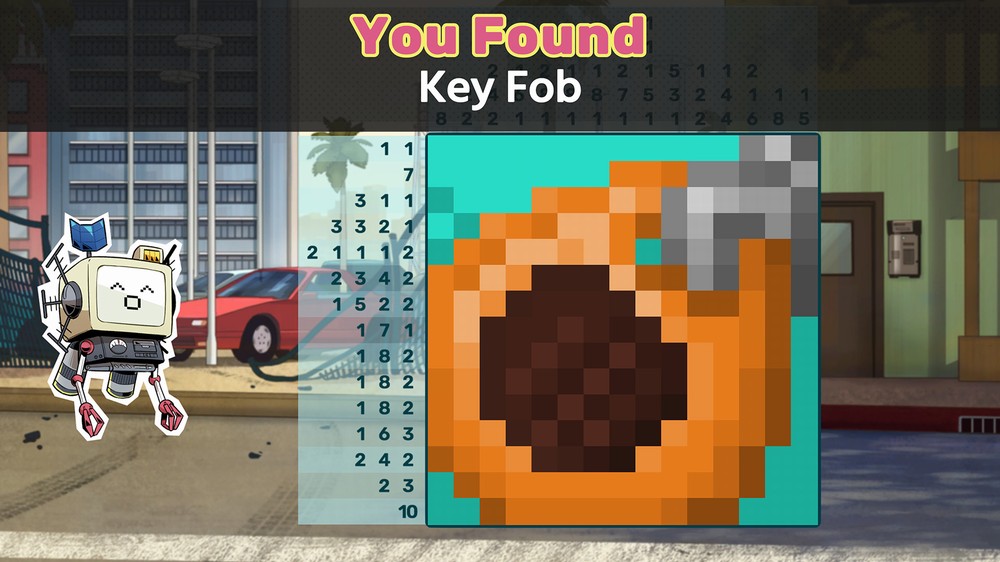 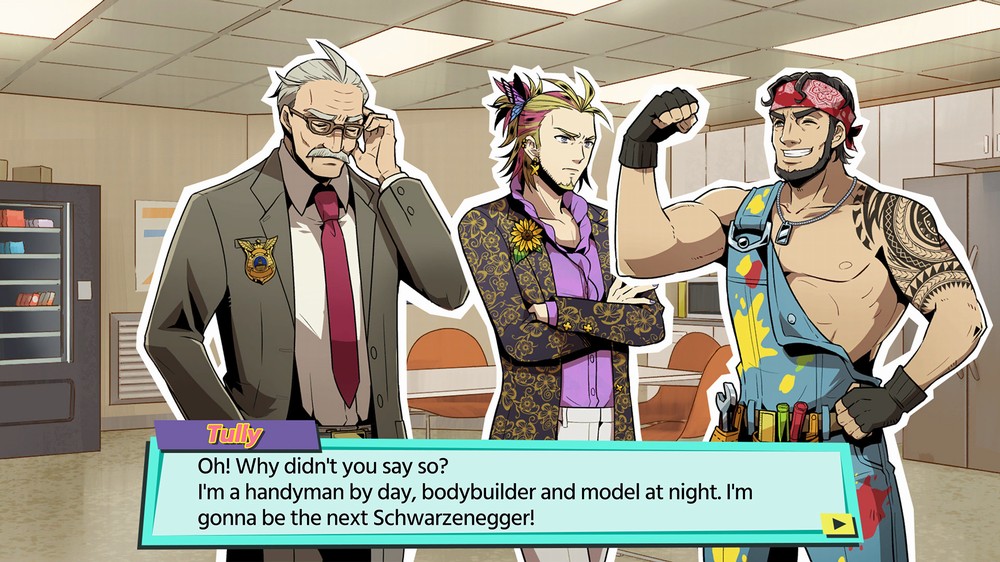 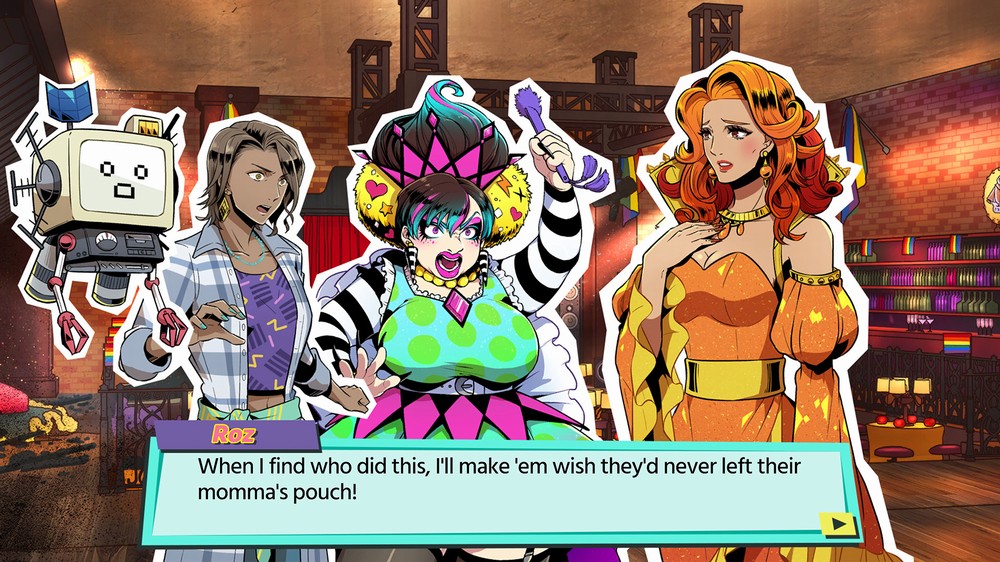 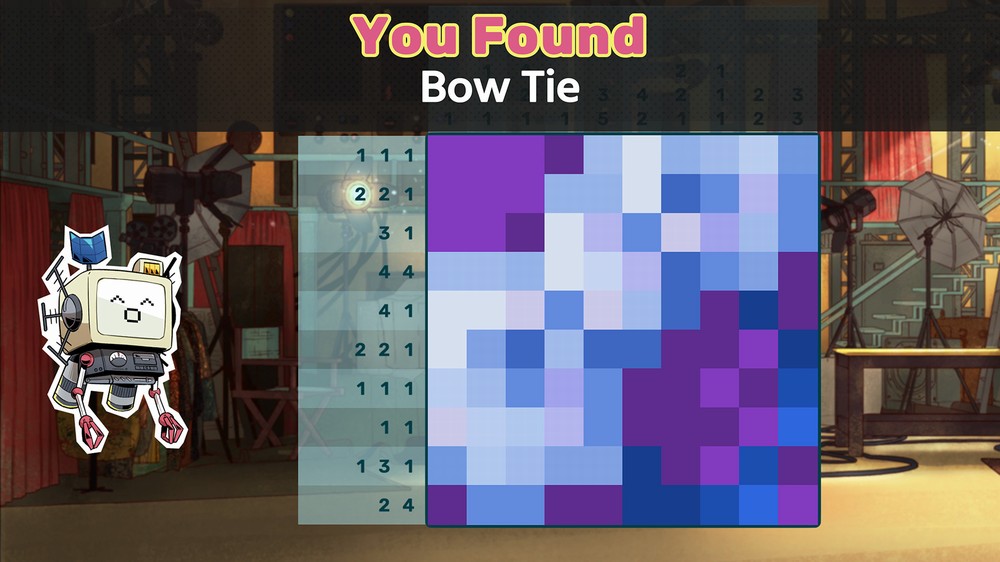