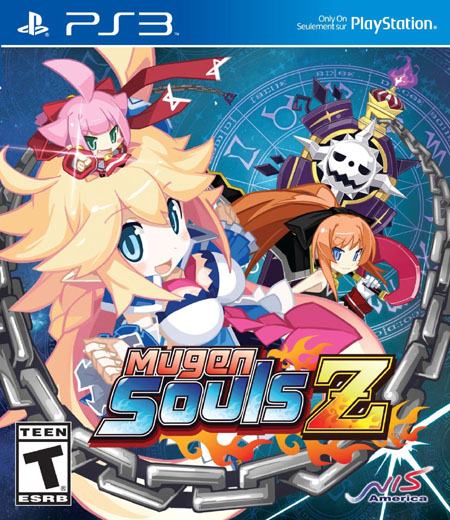 An stylized experience filled with awkward moments, more gameplay mechanics than I’ve seen in even the deepest RPG and a diverse and enjoyable cast of characters.

It’s been a few years since I’ve come across the name Compile Heart while reviewing at GCM. More recently known for the Hyperdimension Neptunia series, Compile Heart appears to have taken a few cues from that series when crafting the wildly complex and bizarre series Mugen Souls. I never played the original game which released a few years ago though recently I’ve had the weirdest experience while playing Compile’s follow-up sequel, Mugen Souls Z for the PlayStation 3.

From the moment I started the game and the opening music started playing, I knew I was going into something a little bit unique. Luckily you don’t have to have played the original to catch up on the story, as the cast actually lays out its events pretty much for you. Chou-Chou, the “undisputed god” of the Seven Worlds decides that she’s bored with her newly conquered worlds so she sets off with her varied peons to conquer the Twelve Worlds. There’s just one tiny problem…she runs into Syrma, the Ultimate God, and loses all her powers and shrinks to the size of a cream puff after a terrible coffin tentacle fiasco. No not making that one up. 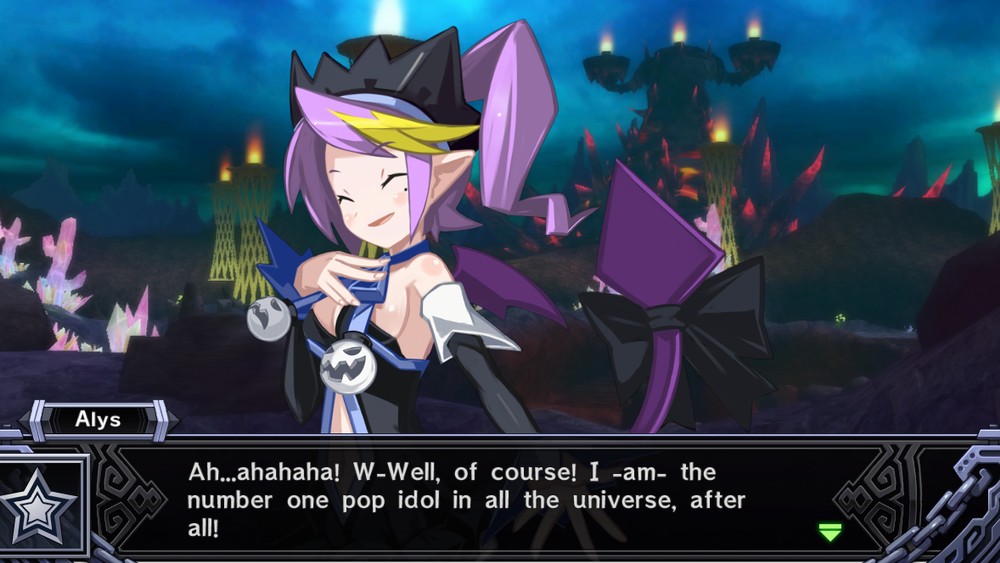 So instead of Chouchers, you get to play as Syrma this time around as she sets off to track down and recombine the powers of 12 gods via her creepy coffin/bed to seal away something that could destroy the very same worlds that Chou-Chou came to conquer. Teaming up with Nao (a newly awakened hero) and eventually the rest of Chou-Chou’s peons they task themselves with restoring Chou-Chou’s powers and form as well as achieving Chou-Chou’s goal to rule the twelve zodiac themed worlds. Each god also represents a different aspect of the Ultimate God much like how Chou-Chou (and later Syrma) has different personality forms to aid them in battle.

Combat in Mugen Souls Z breaks down into two different areas of turned based combat. While both are very much RPG in nature only one of them involves a giant robot in space. Definitely one of my favorite things to do, you use your transforming ship G-Castle to play a game of rock/paper/scissors by choosing the appropriate move based upon clues given by either the enemy or Ryuto. Nothing is really cooler than fighting with a robot that is also your main source of transportation in the game. Easily reminds me of Omega Supreme or the SDF-1 with a touch of Gundam inspiration.

The main chunk of combat however come in the form of turned based combat similar to that of games like Hyperdimension where players are allowed to free roam around a location until they either trigger a story event or initiate combat with an monsters that roam around each of the Twelve Worlds. If you manage to attack the enemy from behind you get the advantage in battle and vice versa. Players are allowed to move almost freely around the battle field then attack only when their turns come up. Attacking is done the traditional RPG way by selecting it from a command menu and can only performed if your enemy is in the attack radius similar to how the Disgaea series functions. 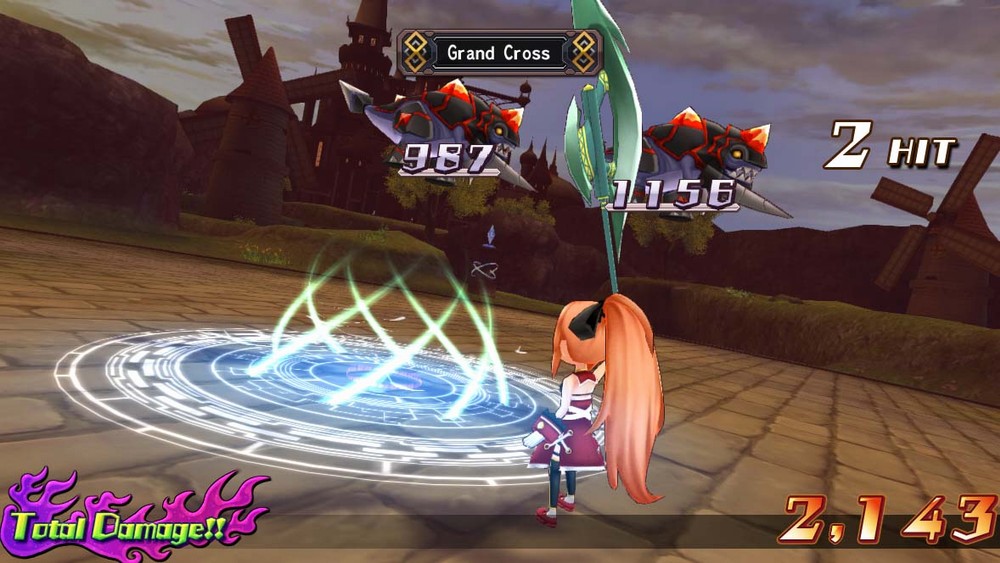 One of Mugen Souls Z’s more interesting and perverse features, Captivate, is found within combat as well. Using Captivate allows Syrma to potentially turn your enemies into peons or weapons or negatively enrage them. While gaining a new item is cool the ultimate goal is to turn them into peons called Shampuru. The more Shampuru that you have the stronger and bigger Chou-Chou becomes as well as effects how fast or powerful G-Castle is by association. To actually make someone you have to appeal to their weaknesses like Hyper, Sadist or Graceful. All enemy types and even heroes, demon lords and gods alike have a weakness and it’s up to you to use that to turn them into Peons with the use of Fetish Poses to be successful. You can switch to any of Syrma’s personalities while out exploring the world to suit your needs but are limited to doing it once per turn in combat.

Mugen Souls Z definitely speaks languages and earns the “Sexual Themes” marking in the rating box though it’s within NIS’s special brand of humor. Though it’s not just the dialogue or game elements that make raise my eyebrows at the contents it’s the fact that most of the time the sexual under or overtones are directed at characters that range from scantily clad young women to seemingly young children. I’m used to all sorts of JRPG humor and visuals but sometimes thing go way too south. 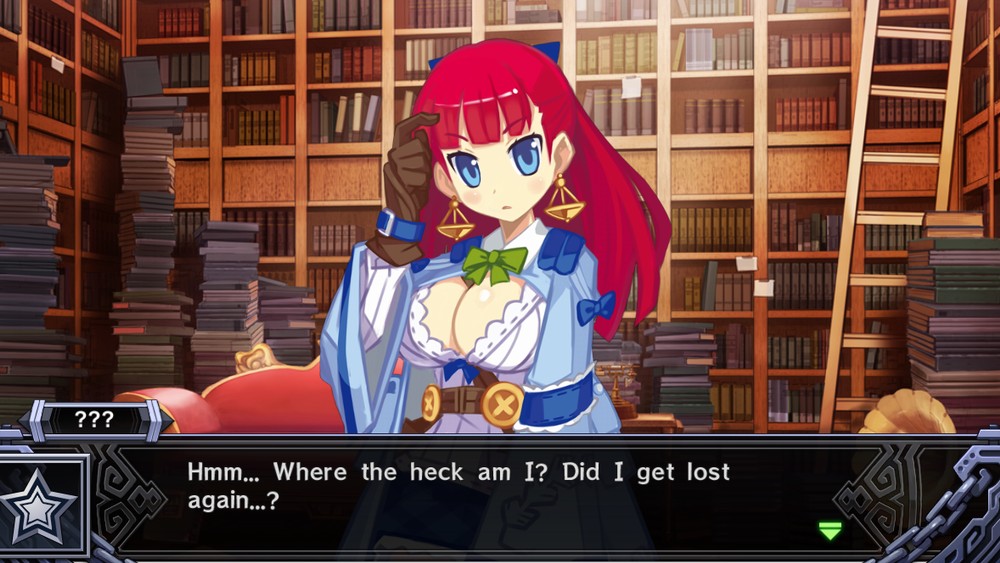 To say that Mugen Souls Z is one huge fan service would be a disservice though, as there are far worse games that I can think of. Even with several risqué outfits, Mugen Souls Z still features rather decent visuals. The game world itself is diverse to a visual pleasing effect though overall seem a bit dated. I did run into a few frame rate issues periodically which kind of sucked when the game straight-up froze in one particular dungeon. Mugen Souls Z does however feature very solid static art including its character designs and menus for learning all of its deep and complicated systems.

The opening video and the few other little movies were gorgeous and the first reminded me heavily of the vibrant opening of Persona 4 Golden. To add to the visuals Mugen Souls Z actually features a pretty good voice cast including the unmistakable talents of Johnny Yong Bosch (Trigun, Bleach) and Richard Epcar (GITS, Lupin the Third). There are a few moments when some voices can be a bit grating but for the most part enjoyable. You can also choose to hear the game in Japanese as well for the purists out there. I actually enjoyed listening to this one on English especially as Mugen Souls Z is HEAVY on the reading as conversations can go on forever with very little accomplished in the process. The theme song “Infinite Field” sung by Miyu is fun to listen to as well and fits the mood of the game.

Mugen Souls Z is definitely an experience filled with awkward moments, more gameplay mechanics than I’ve seen in even the deepest RPG and a diverse and enjoyable cast of characters. I had fun while playing though as much as I like reading there way too much dialogue going on here between the bits of fighting to keep me hooked all the time. If you enjoy titles like the Hyperdimension series and even Disgaea this just may be a title worth checking out via the PS Store or at a retailer near you. 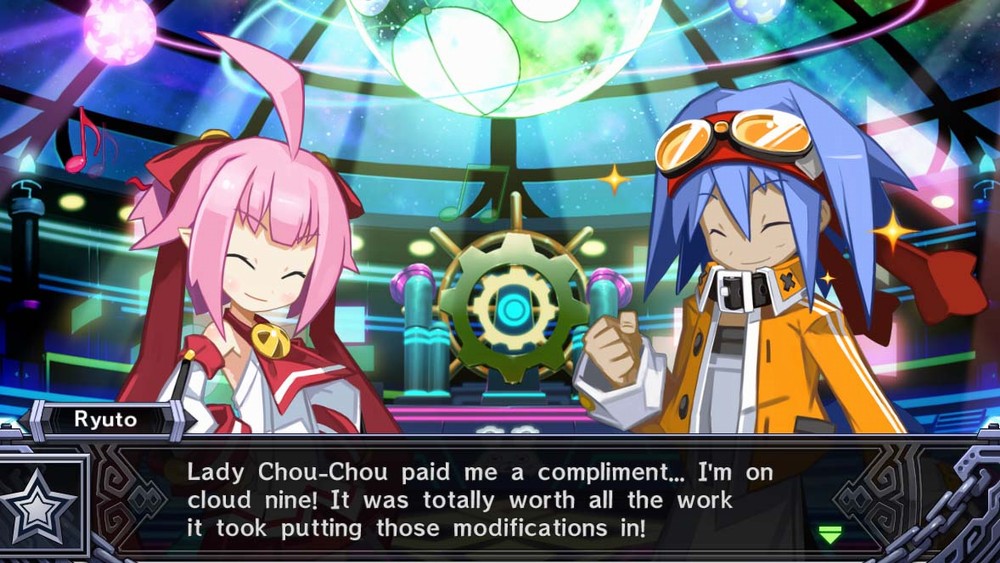 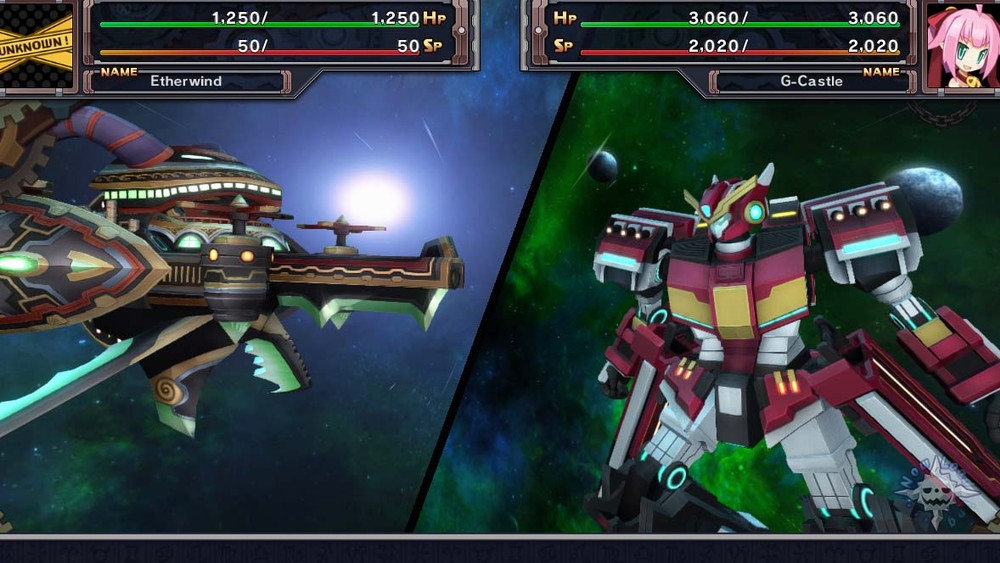 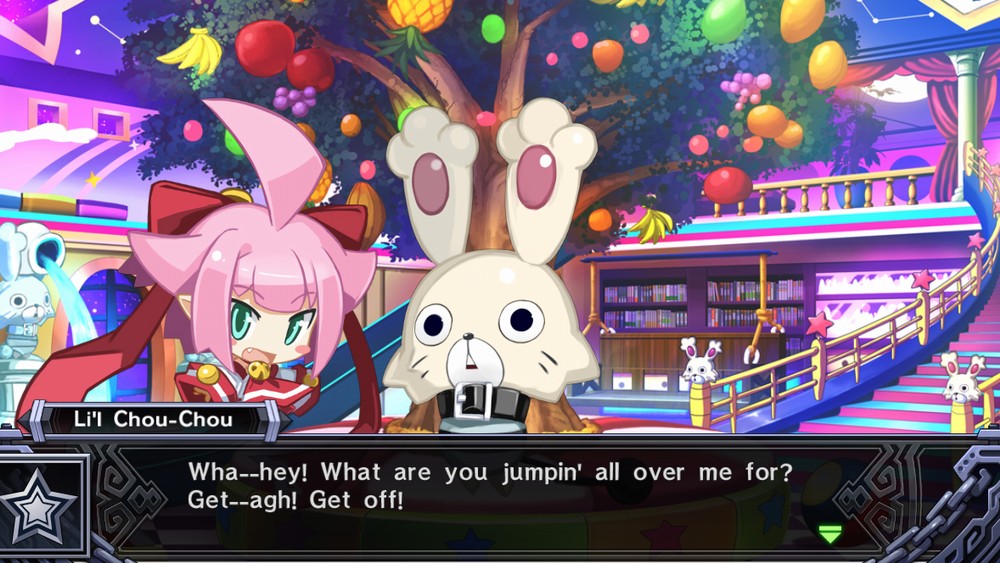 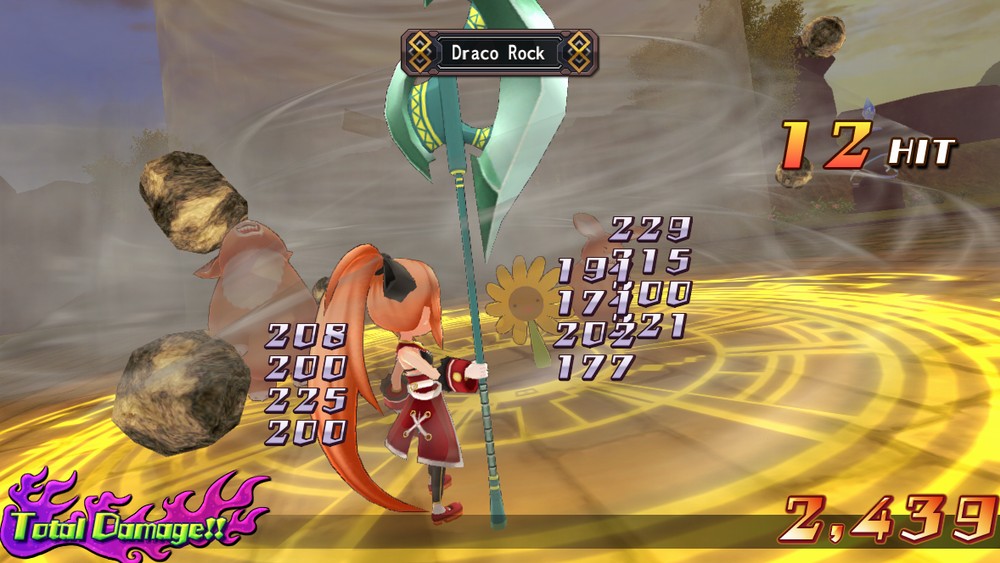 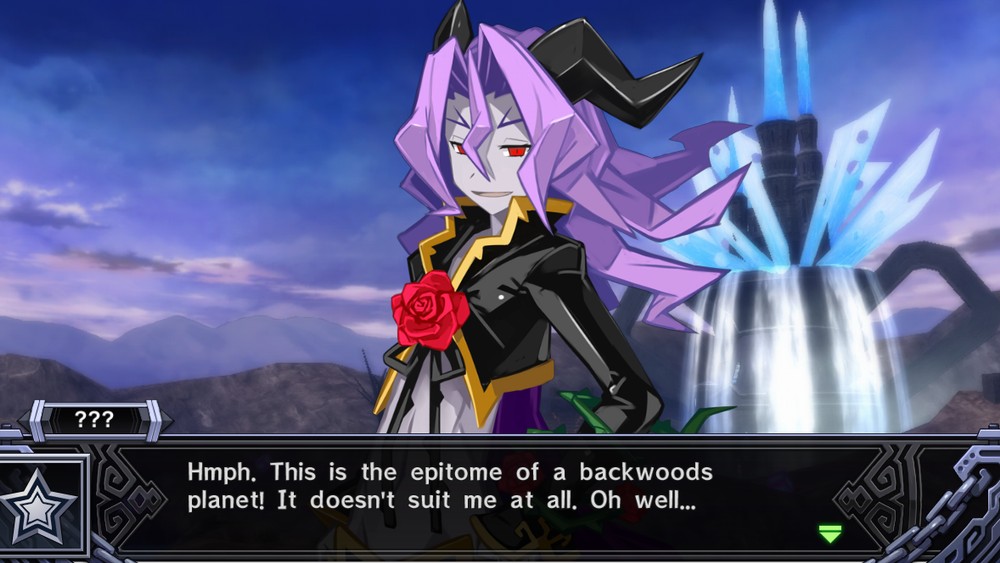 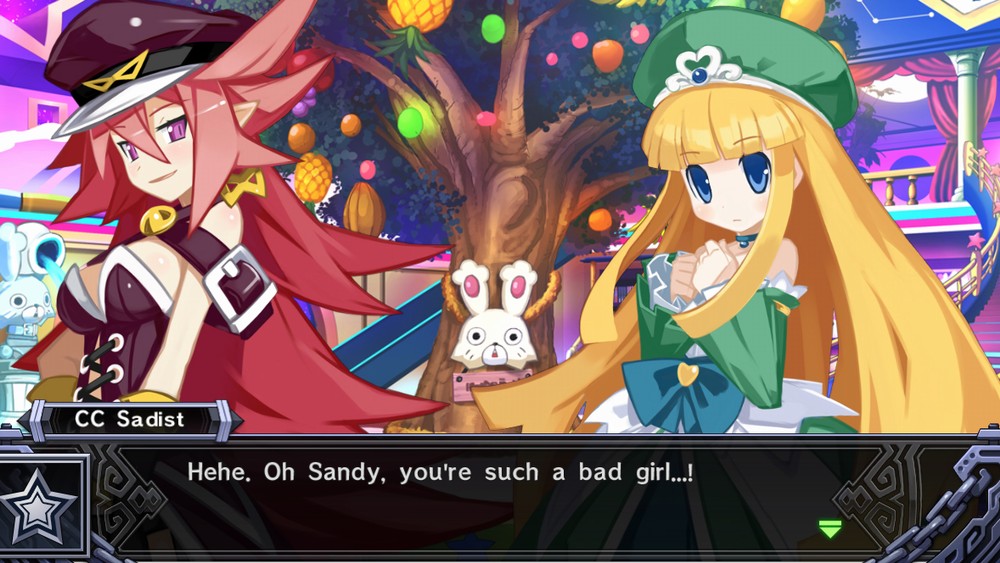 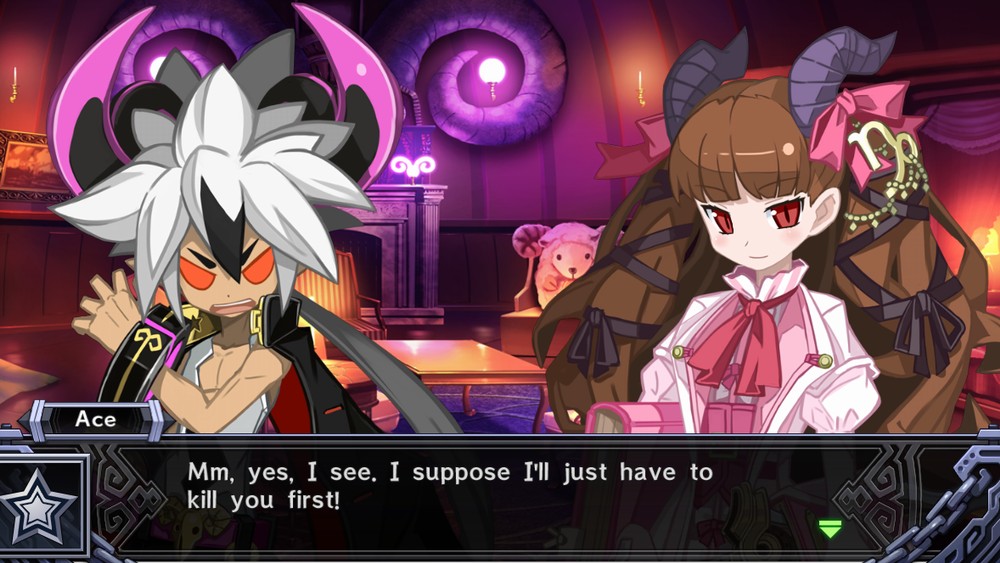 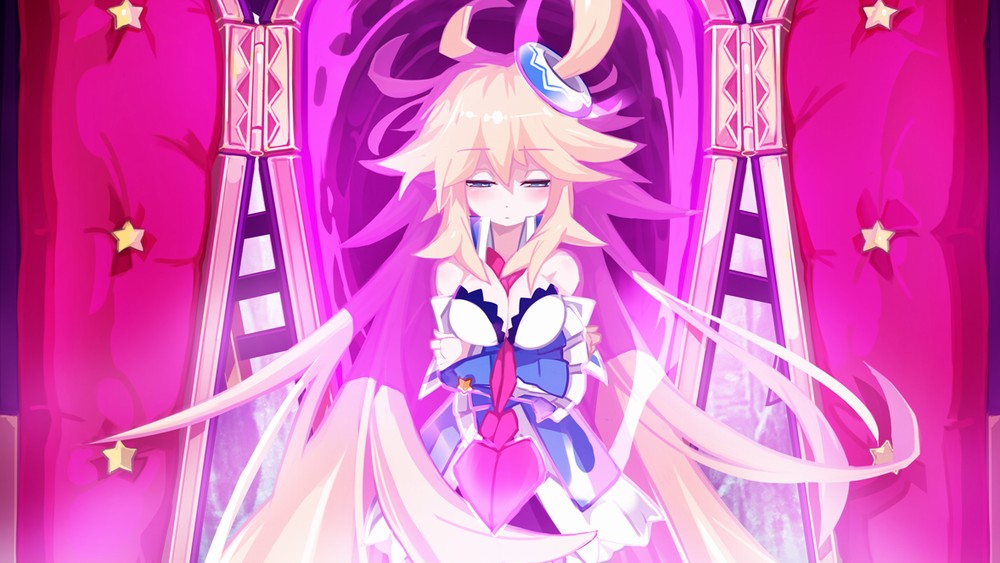 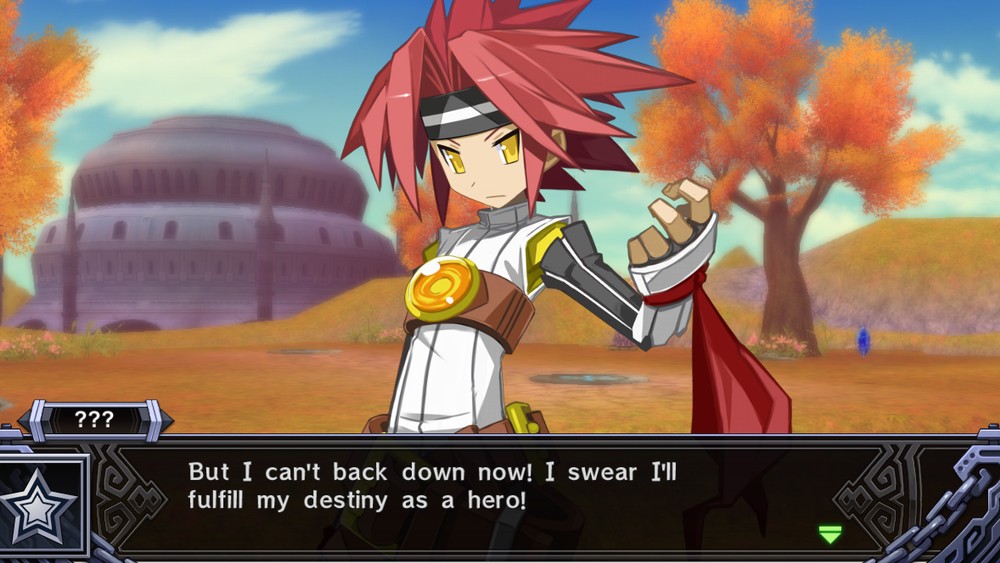 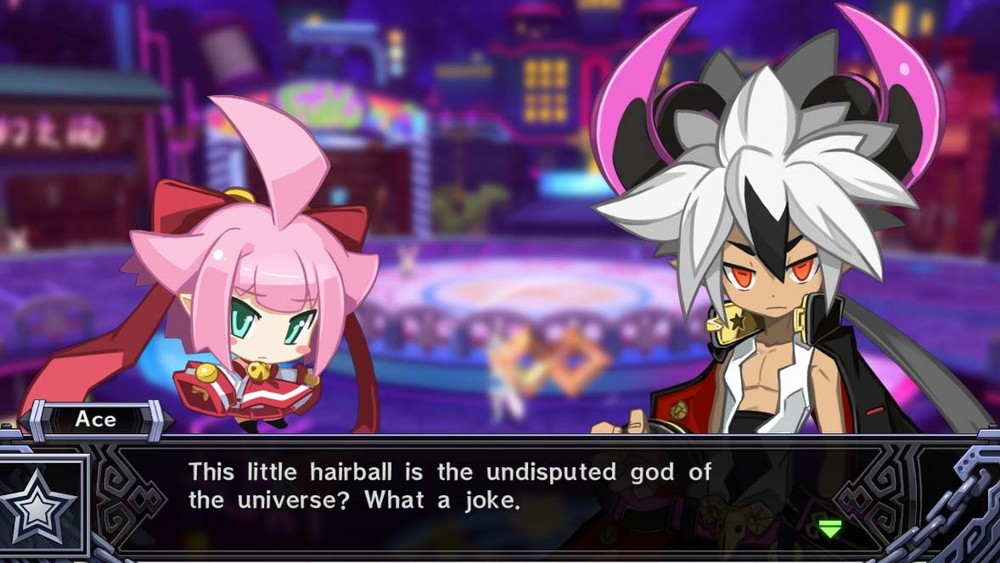 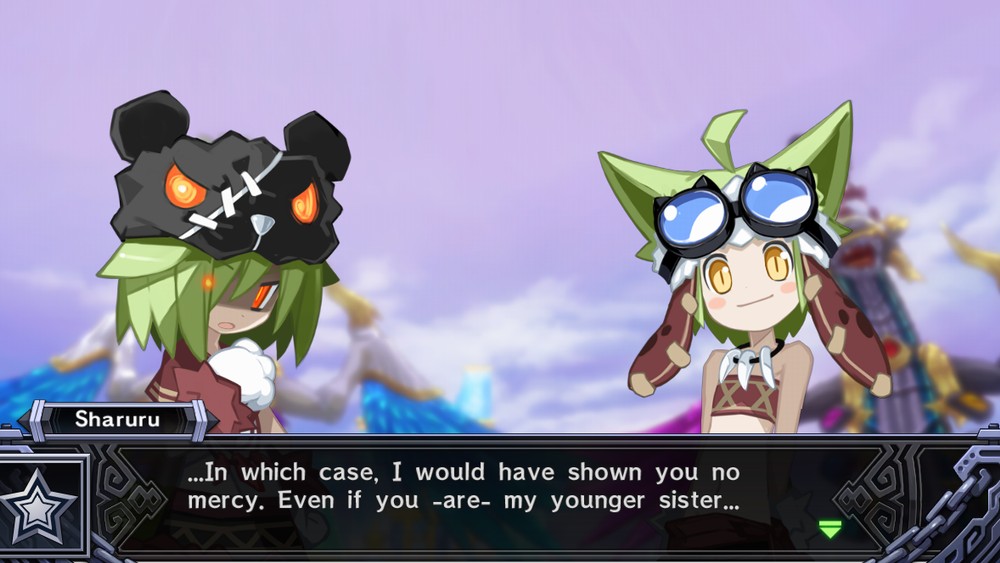 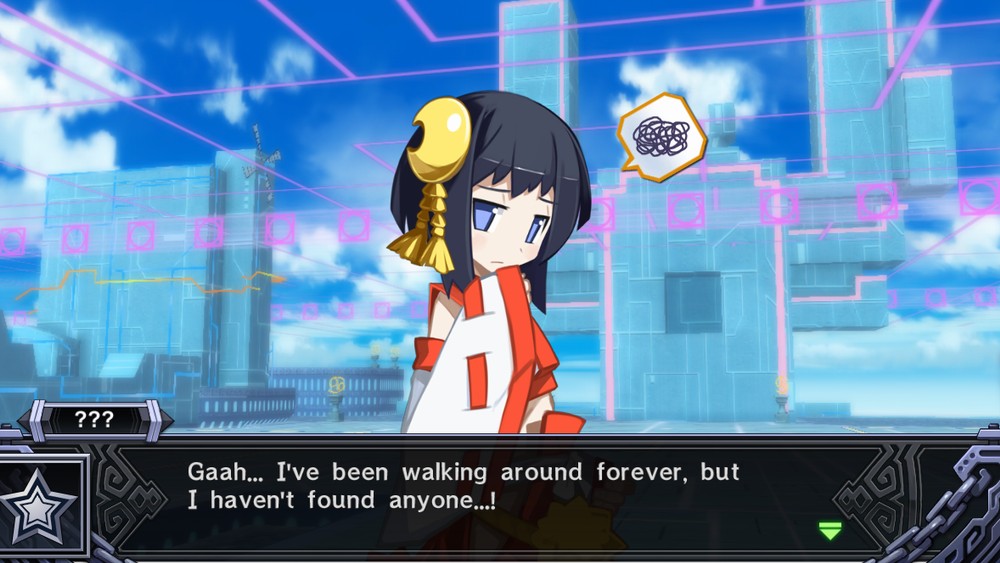 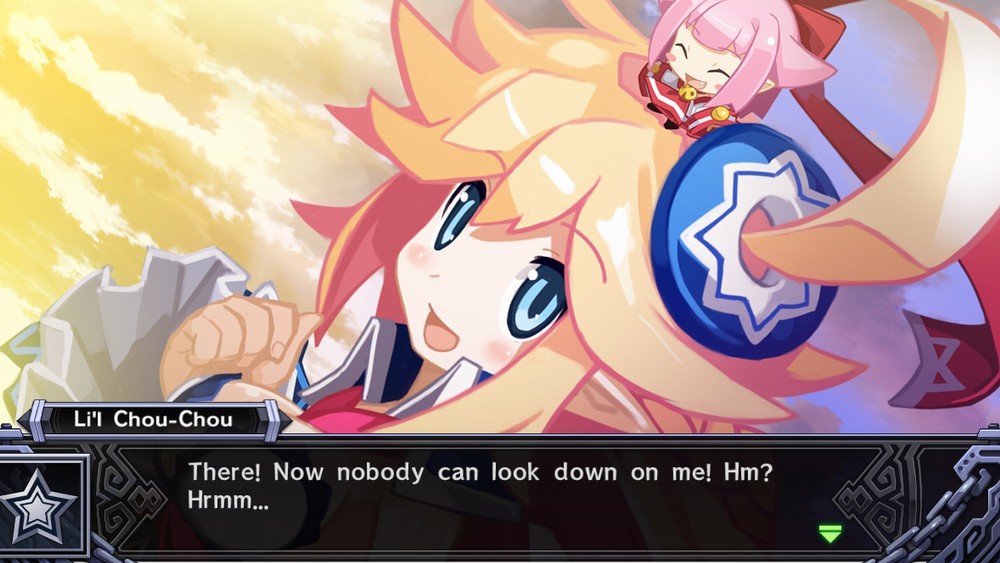