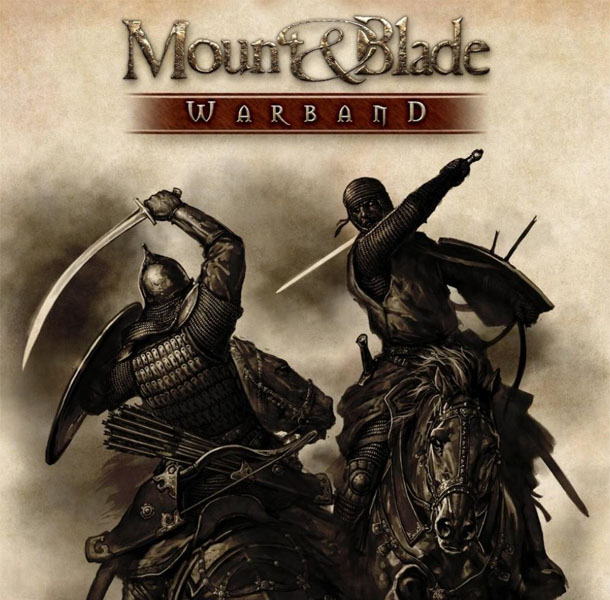 A more grounded approach to RPG mechanics resulting in a joyless and bland experience.

Like a lot of people, I tend to play games to escape the drudgery of everyday life. It’s highly unlikely that I’ll ever step out on a football pitch as a professional player, travel to another planet or defeat a dragon in single combat, but videogames allow me to do just that, only in virtual form. However, some games, such as Mount and Blade: Warband, revel in their attempts to recreate a more realistic form of game world. Though you’re not exactly stuck harvesting turnips on a boggy farm, Warband has a more grounded approach to RPG mechanics, but does this result in a compelling experience?

When you start the game, Warband asks what sort of character you would like to be. Male of Female, Noble or Commoner, each choice will affect how the game starts for you, and as Warband outlines, beginning as a male noble may perhaps provide the player with a easier life, it doesn’t necessarily make it the most interesting. Mount and Blade: Warband is as close to a sandbox RPG experience as I’ve played recently, and it feels as if you can approach the game however you’d like. If you’d like to play as a merchant, travelling from town to town selling your wares you can, just as much as if you’d instead like to roam the countryside killing bandits and making your living off of their plundered gold, you can do that as well. There’s a complete freedom of choice here that isn’t often seen to this extent, which results in the game being the experience that you make for yourself. 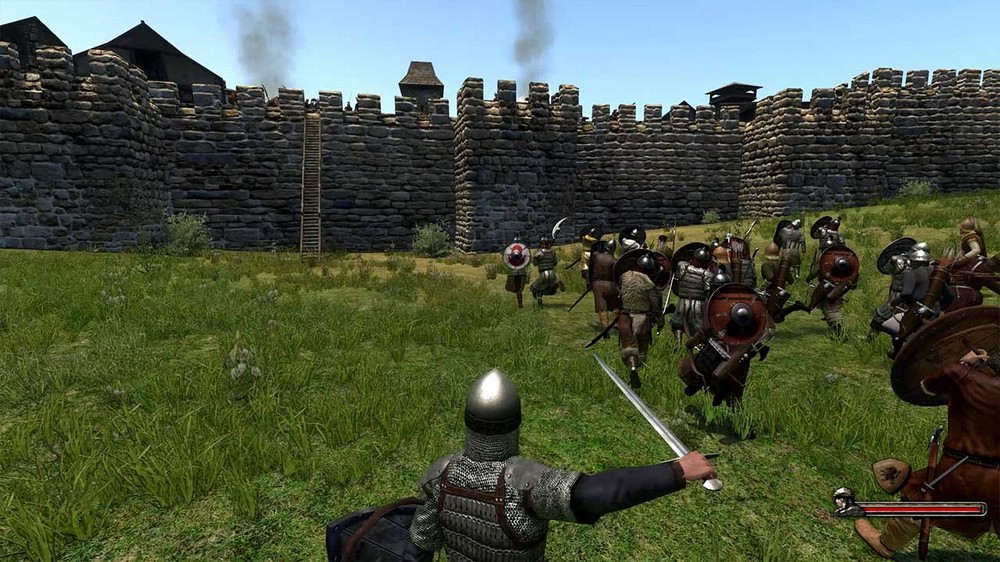 This freedom is a double-edged sword, though, as I found that Warband often refused to go out of its way to explain concepts to you, resulting in a thoroughly unwelcoming and daunting experience from the off. There’s a large world map to explore, with plenty of towns and villages to visit, and there’s a healthy amount of NPCs to give you quests and tasks, but these two areas never really seem to marry up. Warband is often a confusing jumble of various different aspects of gameplay, and it’s up to the player to untangle these different threads and figure out how to make the game work to their advantage. There’s a tutorial for combat mechanics at the start of the game, but beyond that you’re on your own.

As you’ll be spending a great deal of your time with Mount and Blade: Warband involved in combat, it’s important to note that while the concepts are well thought out, they’re not necessarily as well executed. There are plenty of weapons and weapon types to experiment with, as well as both mounted and on-foot combat, meaning that fighting your enemies is often varied and quite exciting. However, various combat inputs are tied to the same analogue stick that controls the camera, meaning that your view is often swinging wildly about as you attempt to attack foes from different angles. Like much of Warband, it seems like a design decision that could have been done differently to a much better effect. 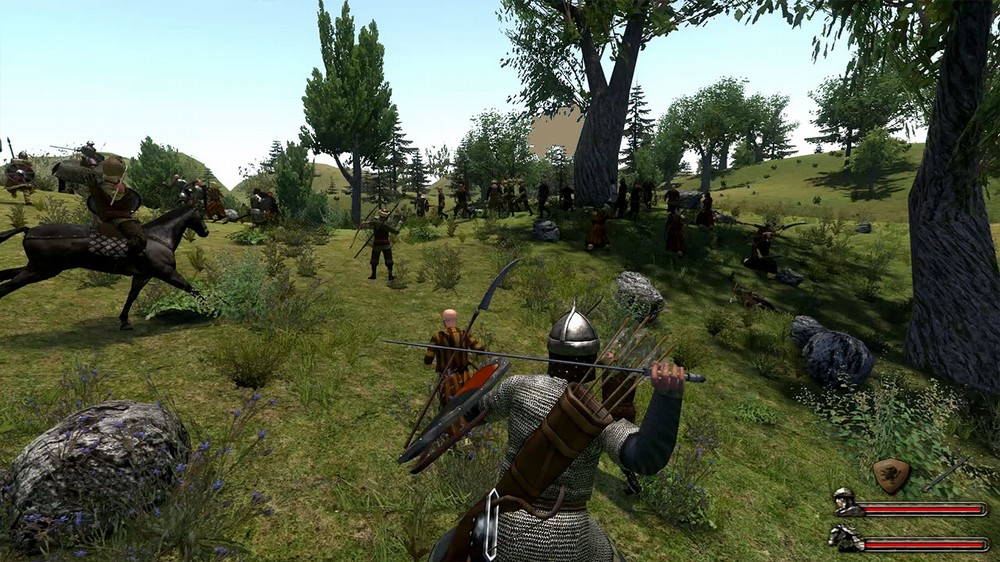 Though gameplay often trumps visuals, with a really good game often making visual quality irrelevant, Warband’s graphics are generally bad enough to warrant extra attention. This game looks like a title from the early PS3 era, with a lack of detailing and character that leaves you feeling like you’re taking part in one of those cheap historical educational documentaries they used to make you watch in high school. Perhaps the closest similarity I can think of in the world of gaming is Deadly Premonition, where the visuals can best be described as janky. While they’re nowhere near bad enough to detrimentally affect the gameplay experience, they were enough of a shock in this age of gaming that I made a verbal outburst when I saw them for the first time.

Mount and Blade: Warband offers up enough player choice to keep gamers interested for many, many hours. The problem that I had with the game, though, is that little of my experience was particularly fun. It’s commendable that the developers found no reason to insert dragons, magic or other fantasy tropes into Warband, but venturing across bland landscapes, being repeatedly captured by bandits and fighting visually anonymous enemies gets old fairly quickly, or at least it did for me. Mount and Blade: Warband is a title that previously would have been found in the bargain bin, and while there’s certainly enough here for some gamers to enjoy, I think the majority of players will find it joyless and bland. 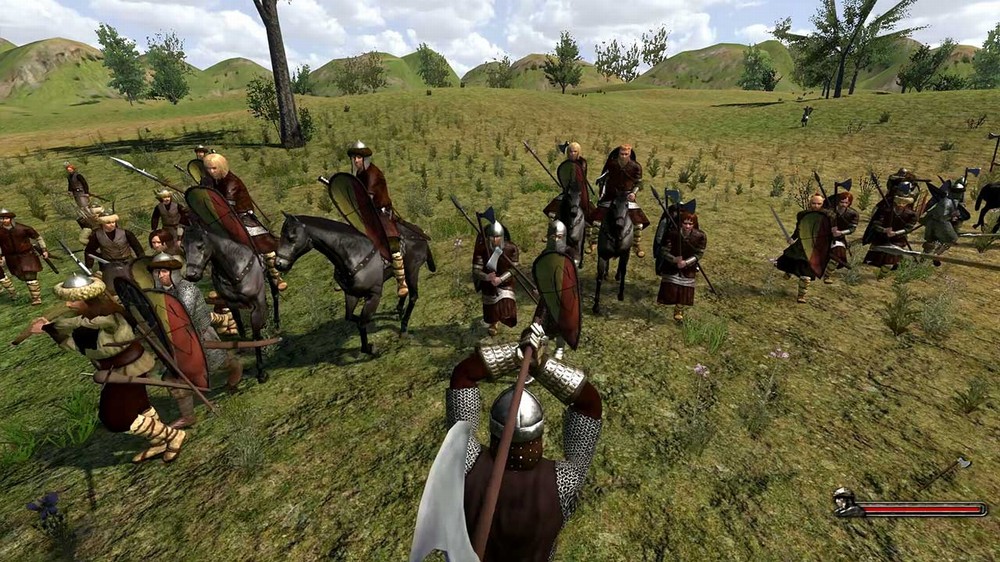