SIZZLIN'
TOP 10
1
1138
The Walking Dead: Saints & Sinners Review – Oculus Quest
2
984
Worm Jazz Review – PC
3
984
Synth Riders Celebrates Anniversary with a Month Full of Treats and an Oculus Ques...
4
983
Take to the Skies and Choose a Side in the New Trailer for Next Generation Air Com...
5
983
CRASH BANDICOOT 4: IT’S ABOUT TIME IS AVAILABLE NOW
6
983
Frictional Games Shows Off First Gameplay Footage of Amnesia: Rebirth
7
983
Join the Galaxy’s Finest as Star Wars™: Squadrons Soars Into Homes Today
8
983
The Falconeer First-Look Preview – PC
9
983
Metamorphosis is 33% Off on Steam!
10
983
Werewolf: The Apocalypse – Heart of the Forest launches on October the 13th
Video Games
Editors Choice 826 views 10 likes 0 comments
Posted May 31, 2019 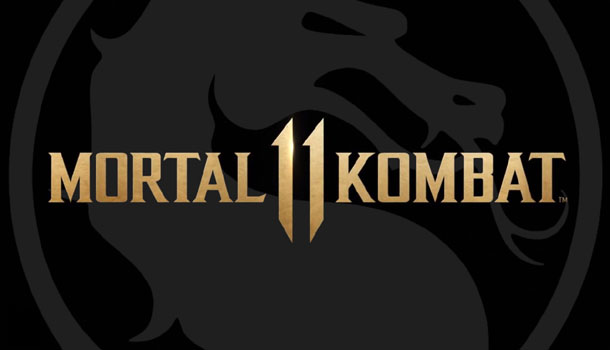 An epic story mode that spans generations of characters and fan appeal.

I still remember that day in 1992 when the first Mortal Kombat game appeared just inside the gates of my local Aladdin’s Castle.   Lines quickly formed to play the game and crowds pressed forward to catch a glimpse of any of the soon-to-be controversial fatalities. A lot has changed in 27 years with movies and TV shows and nearly 20 games spread across every gaming system that exists, but only the technology of 2019 could deliver the ultimate installment in the franchise, Mortal Kombat 11, a game so epically loaded with content it’s taken us nearly a month to review.

Mortal Kombat 11 breaks up its library of content quite nicely from the opening menu granting access to single-player story mode, two Tower modes, and of course the infamous Krypt. Better than any of the previous versions of the game Mortal Kombat 11 offers outstanding tutorials and practice modes for the game in general as well as character specific lessons. These tutorials even show your controller in the corner and light up the buttons showing patterns and exact timing using audible clicks to pull off all the moves. Whether you are a seasoned veteran looking for a refresher course or a total noob to the franchise, this is one of the best onboarding components to any fighting game ever. 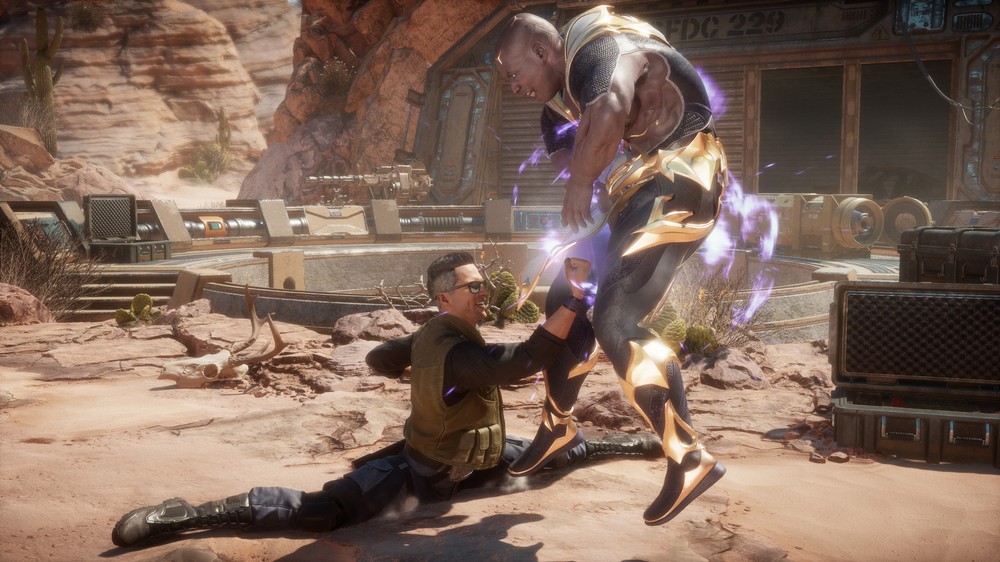 The fighting is pretty standard stuff with punches and kicks, jumping and crouching, and everything can be modified with directional taps on the stick or d-pad.   The move list is impressively large for each character making it nearly impossible to master them all but so much fun mastering your favorites then unleashing explosive damage with power-hits and X-ray Fatal Blows. There are also fun and deadly environmental attacks in most all of the levels.

Story modes in fighting games have usually been relegated to a couple of cutscenes that bookend a dozen fights, but Mortal Kombat 11 changes all that with a 12-chapter, fully animated, CG feature movie event; a story and presentation so good I actually started resenting the fact I had to fight every ten minutes. The expertly written story does involves a bit of manipulation of space and time, which can always be a tricky plot device, but here they use it to basically bring back younger versions of all our favorite characters; a real treat for long-term fans of the franchise. These lead to plenty of fun, charming, and even a few emotional beats when old and young characters interact, and by interact I mean kick the crap out of each other. 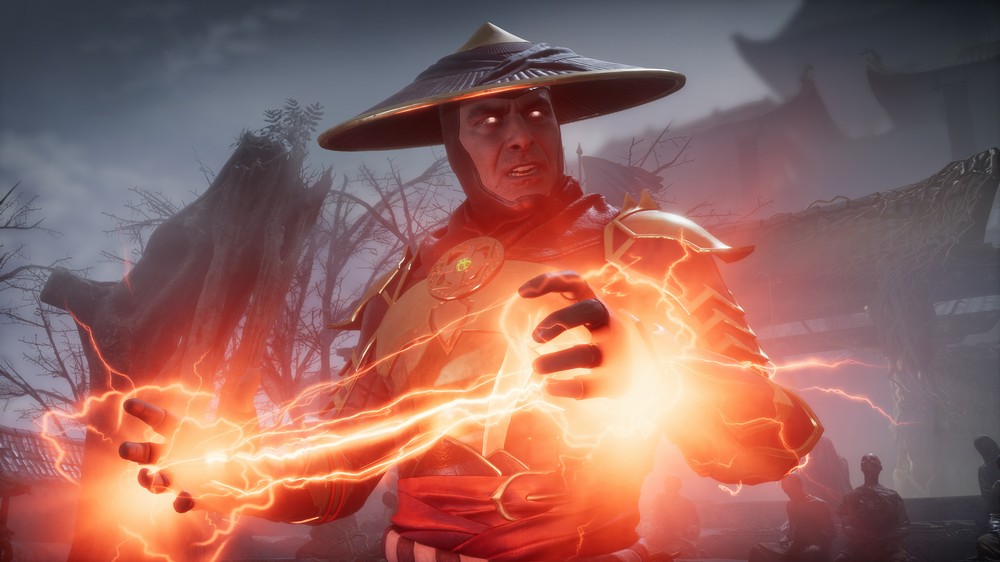 I won’t delve into spoiler territory but basically the guardian of time, Kronika, has a beef with Raiden and is determined to reset the hourglass of history and create a world without the immortal. It will take the awesome combined forces of two generations of heroes and maybe a few converted villains to save the day. The story is so compelling and flows seamlessly between chapters and in and out of fights that it truly became one of the most difficult games to stop playing. The default difficulty is pretty tame and doesn’t really force you to learn any of the more advanced moves or combos if you don’t want. I made it nearly two-thirds of the way through the story before I actually lost a match and had to restart.

Beyond the Story you have the traditional game modes like Multiplayer, Klassic Towers, Towers of Time, and the Krypt. Klassic Towers is just as you remember where you pick a fighter and battle your way through a series of increasingly difficult opponents to reach the top of the tower and claim your reward. Towers of Time is a more challenging version of the concept that is constantly being updated with new matches that come with their own set of rules and conditions. The Towers of Time exist solely to incentivize the use of consumables and currency; three currencies actually, that can be earned through exhaustive grinding of the game or throwing more money into the Mortal Kombat Store. 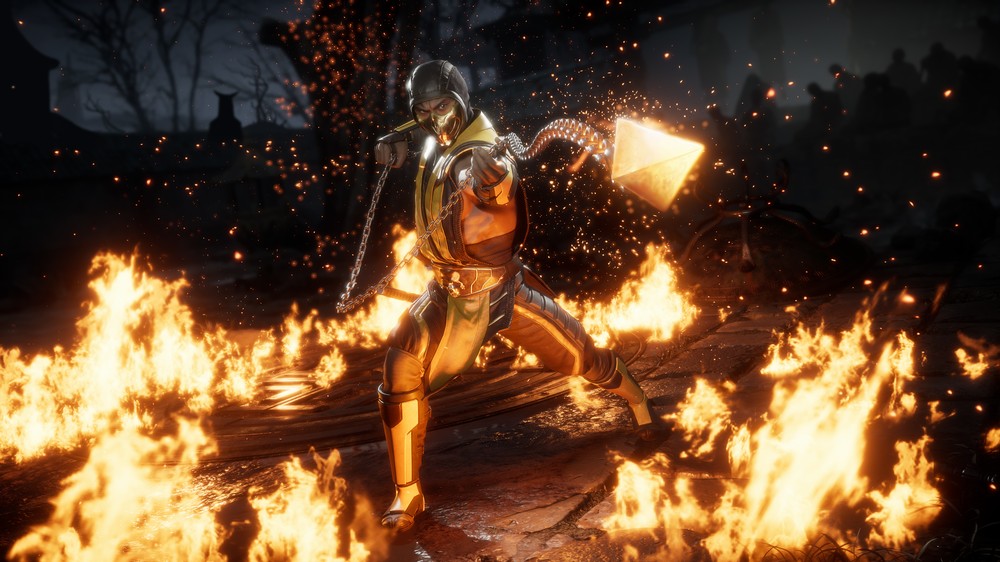 Currencies include Koins that you earn pretty much after every fight, Soul Tokens, and Hearts. The best place to explore the Mortal Kombat economy is in the newly redesigned Krypt, my second favorite part of the game until I ran out of koins. I didn’t even visit the Krypt until after having finished the story mode, which meant I had lots of cash to blow to unlock chests scattered about Shang Tsung’s island. The Krypt quickly became a game within a game; designed like a third-person adventure where I could unlock new areas with new chests and even solve a few scattered puzzles. Chests all require a certain amount of koins to unlock and a few even require Soul Tokens. Inside these chests are seemingly infinite amounts of collectibles; artwork, costumes, stage designs, and of course random amounts of the three currencies to fuel future exploration. My only issue with the Krypt is that chest contents are randomized. In previous games the Mortal Kombat community would use the X:Y coordinate system to find all the cool stuff in the Krypt and share that info online. Now it’s all random just like every other game with loot boxes.  You can even spend more koins to reroll loot from previously opened chests.

The final currency, Time Krystals can be slowly earned through gameplay or simply purchased outright and are used to avoid the random nature of the loot chests by allowing you to purchase costumes and cosmetics directly from the store, which uses daily and time-restrictive sales to pressure you into buying Time Krystals. Thankfully, I don’t obsess over collectibles or even how I look in a fighting game, so there is no temptation for me, but I can see how this is a very dangerous trend and potential hazard for younger unsupervised gamers or even adults with self-control issues. It’s a blight on an otherwise awesome fighting game, but also a blight that is easily avoided. 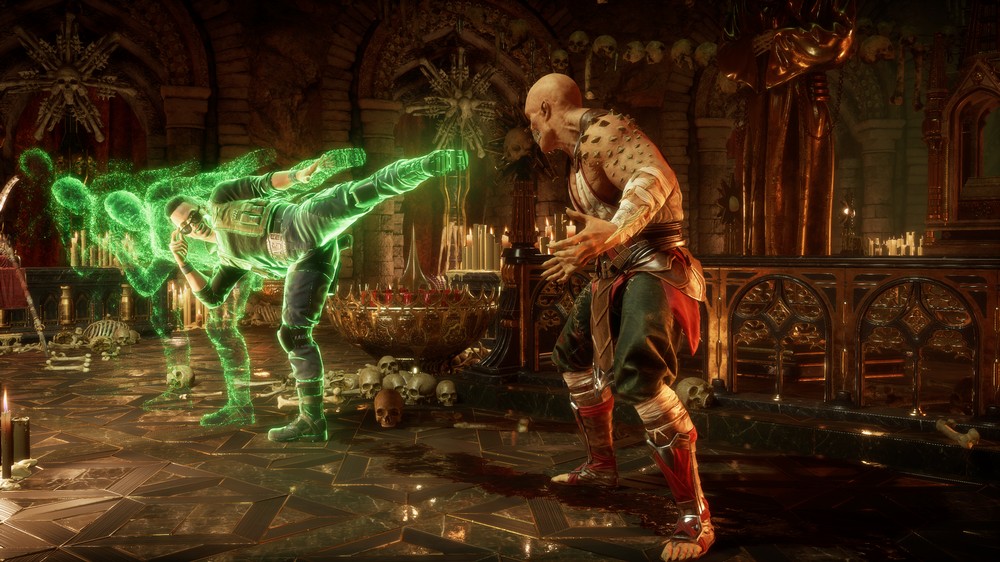 Mortal Kombat 11 on the PC is quite the spectacle with stunning visuals, smooth animation, combat moves that flow seamlessly together, jaw-dropping environments, detailed costumes, and blazing special effects. There were numerous moments where I forgot I was even playing a game and then the camera would swing out to that side view and the HUD would appear.   The voice acting was also quite good for nearly the entire cast.   Ronda Rousey was obviously cast as Sonya Blade as a PR stunt and not surprisingly, was the weakest part of the experience. If you have a powerful PC then crank those options and resolution to the max and prepare for the cinematic experience of a lifetime.

It was impressive to see Mortal Kombat 11 finally ascend to the same level as the Injustice franchise and even surpass it in both storytelling and gameplay. Even if you are here for just the story mode you are going to have hours of entertainment playing the game at least twice since several fights let you choose between two fighters. I had a lot of fun rising up through the Klassic Towers, and I loved the 2+ hours I spent in the Krypt before I ran out of koins. I dabbled with the AI fights and challenges and I even headed online where I promptly got my ass kicked. Personally, only about half of the content in this game actually appealed to me, but that was certainly the better half and the half that makes this a must-own game for fighting fans, and especially fans of Mortal Kombat. 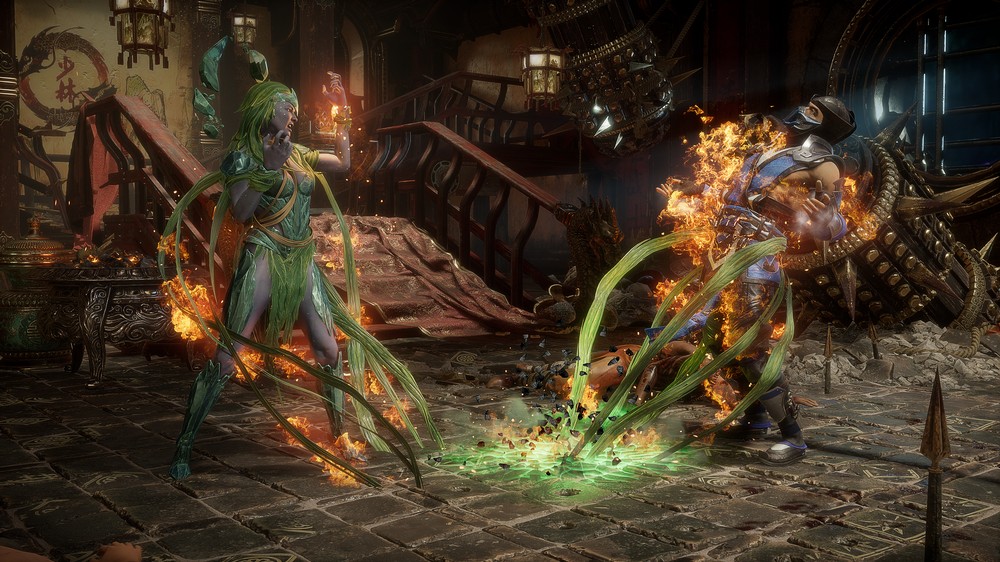 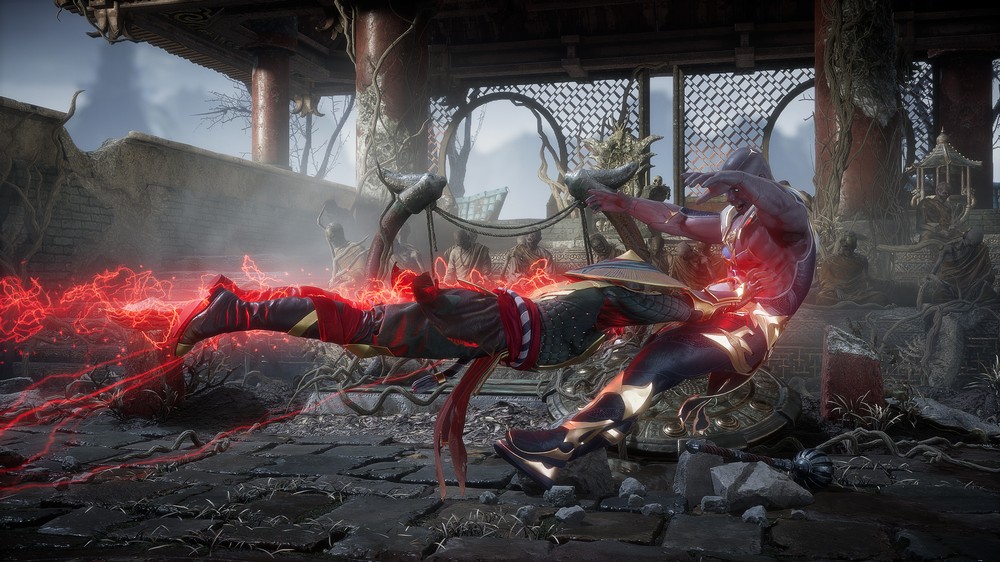 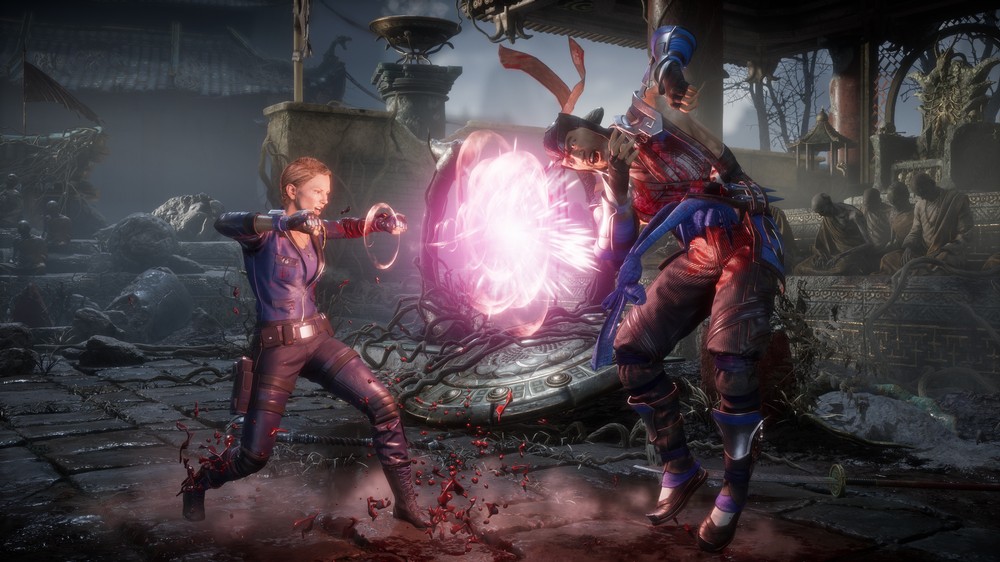 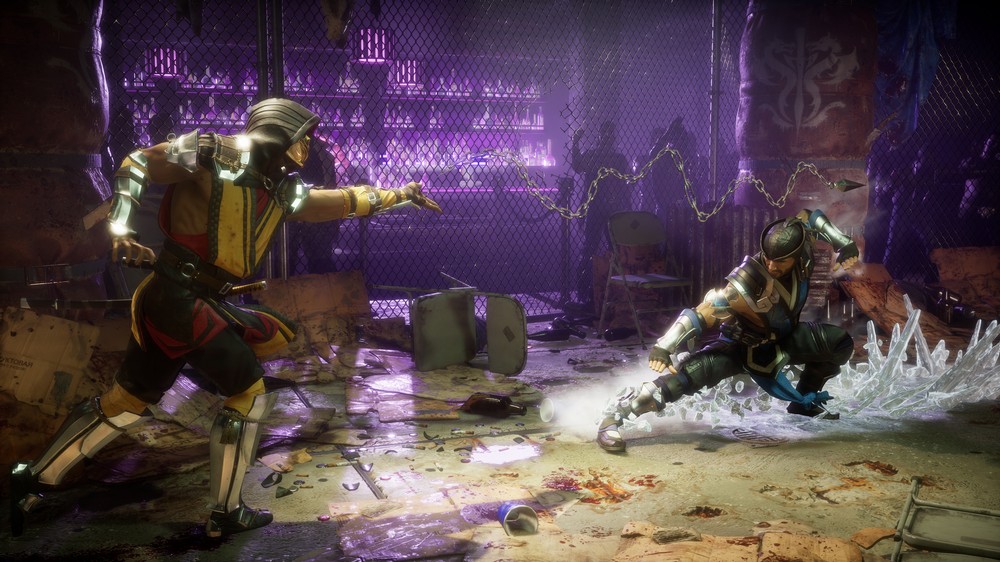 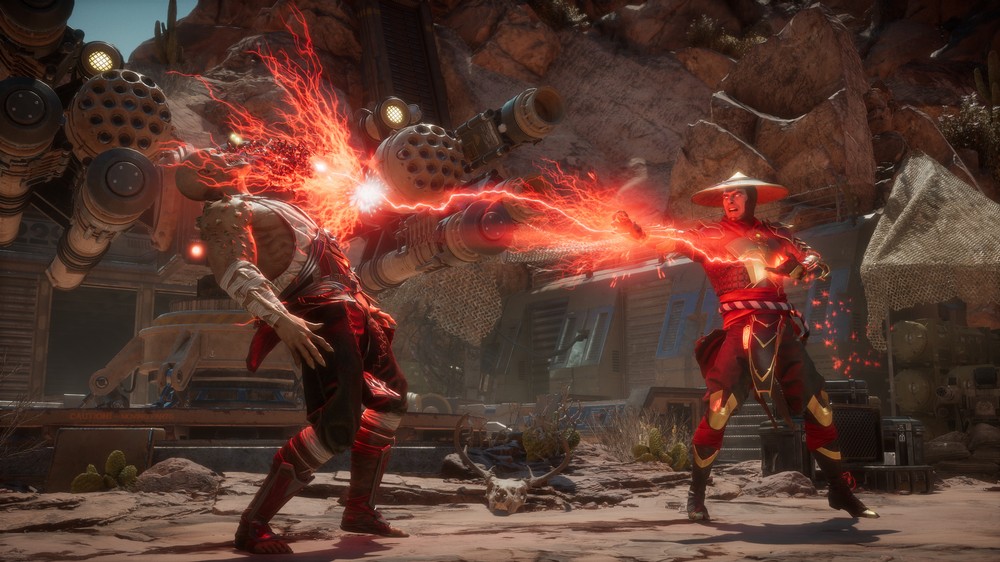 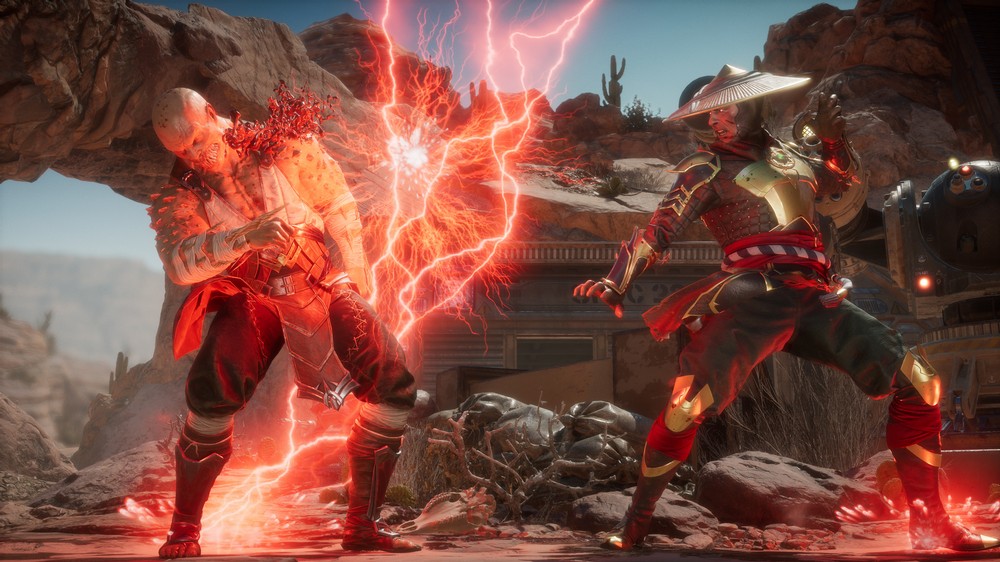 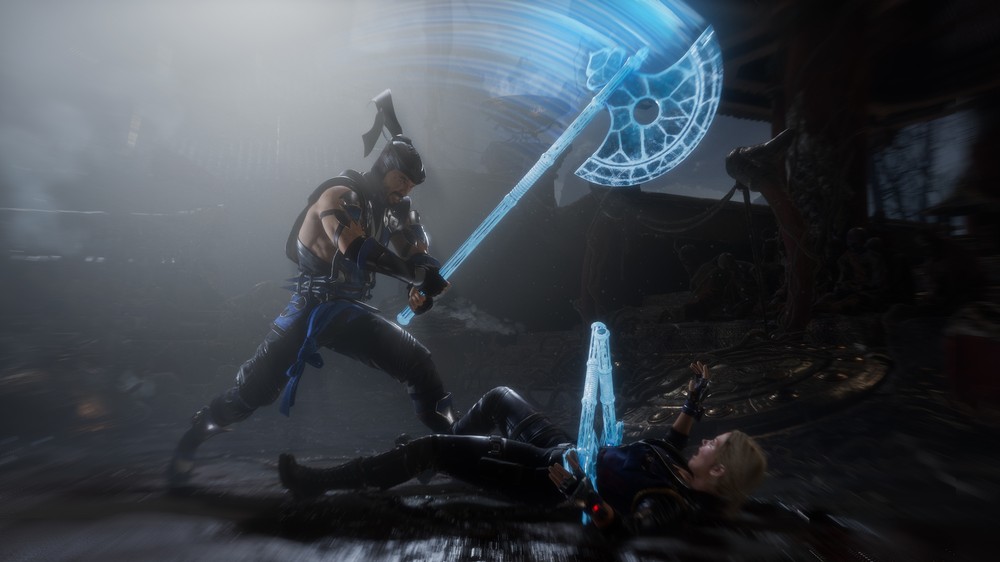 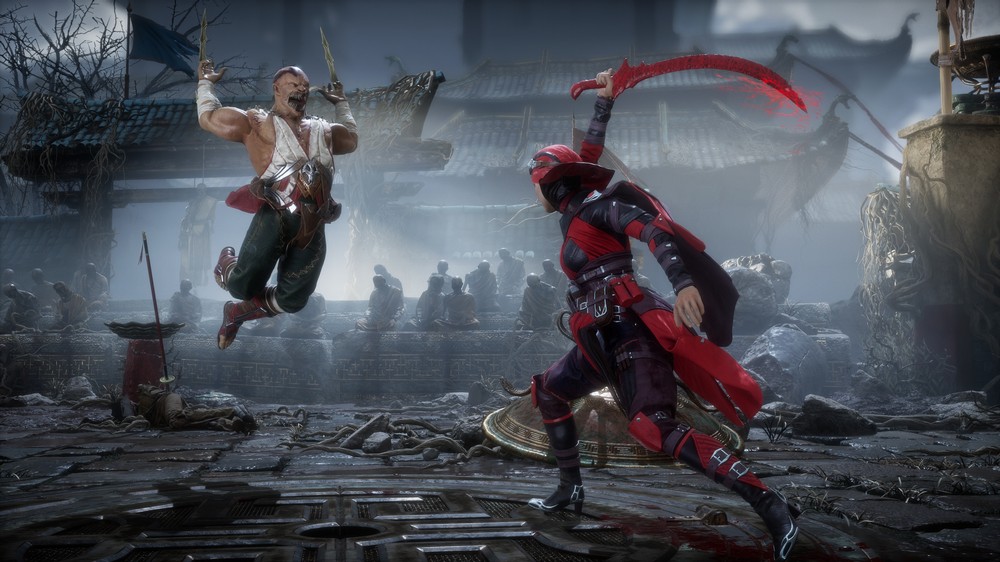 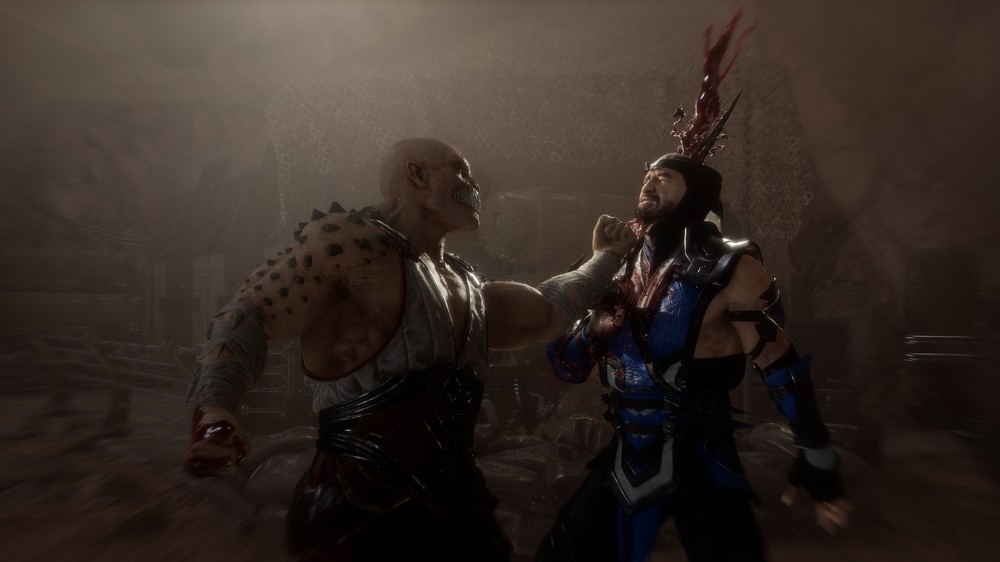 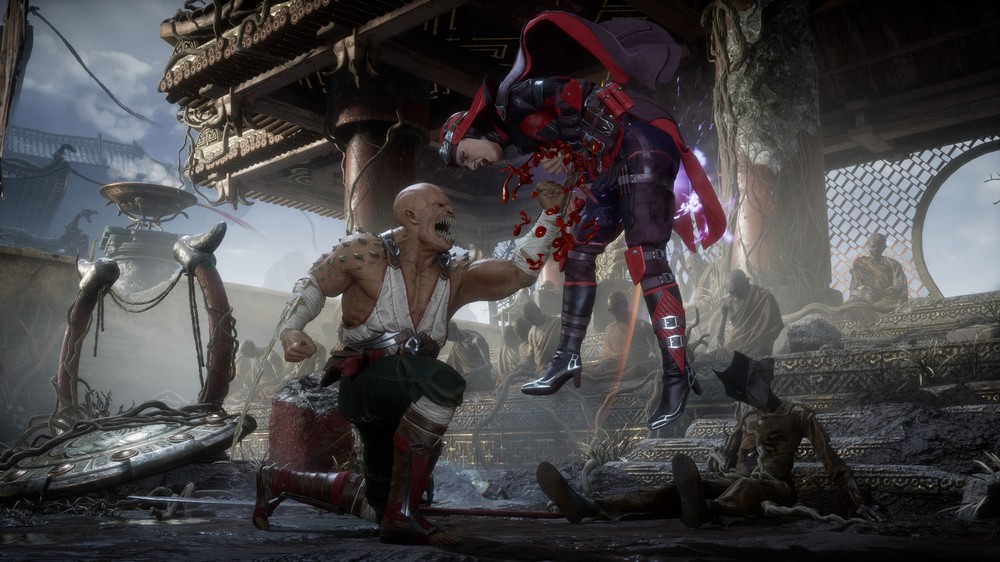 1
1138
The Walking Dead: Saints & Sinners Review – Oculus Quest
2
984
Worm Jazz Review – PC
3
984
Synth Riders Celebrates Anniversary with a Month Full of Treats and an Oculus Ques...
4
983
Take to the Skies and Choose a Side in the New Trailer for Next Generation Air Com...
5
983
CRASH BANDICOOT 4: IT’S ABOUT TIME IS AVAILABLE NOW
6
983
Frictional Games Shows Off First Gameplay Footage of Amnesia: Rebirth
7
983
Join the Galaxy’s Finest as Star Wars™: Squadrons Soars Into Homes Today
8
983
The Falconeer First-Look Preview – PC
9
983
Metamorphosis is 33% Off on Steam!
10
983
Werewolf: The Apocalypse – Heart of the Forest launches on October the 13th
All Original Content on Game Chronicles is Copyright (c) 2002-2020
Sinjin Solves Walkthroughs Copyright (c) 1996-2020 by Mark Smith