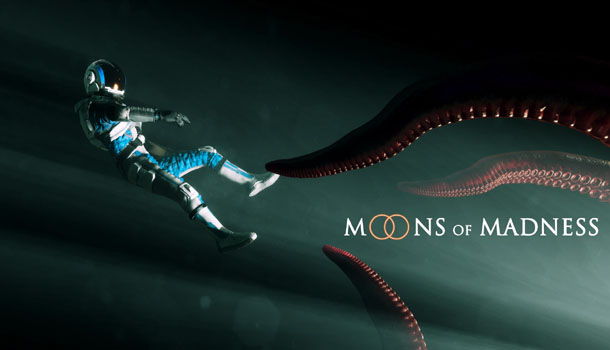 A well-crafted, atmospheric, sci-fi thriller inspired by Lovecraft and the Secret World universe.

“In space no one can hear you scream” Here exists one of the most perfect taglines in cinema that has defined my love for the space themed horror genre. Aliens, is by far, one of my favorite spacefaring titles in any form of medium but there is something a bit more sinister if you step things to a cosmic scale. Lovecraft for instance has been the inspiration for many a movie or videogame adaption. It also just so happens to play an integral part in one of my favorite gaming worlds of all time, The Secret World, now Secret World Legends. So when a new title featuring my favorite world surfaces in the form of Moons of Madness for Xbox One, by developer Rock Pocket Games, I was ready to test my sanity.

I will preface the rest of the review by saying that you don’t have to know anything about The Secret World to enjoy Moons of Madness, but it will definitely add to its immersion if you do like myself. Unlike its main source, Moons of Madness is a single player experience that follows low security clearance Manticore engineer Shane Newheart, as he attempts to keep things running until the transport shuttle Cyrano sends in their replacements to the Mars base Invictus. Manticore is one of the eight subsidiary companies that make up the rather nefarious company The Orochi Group. 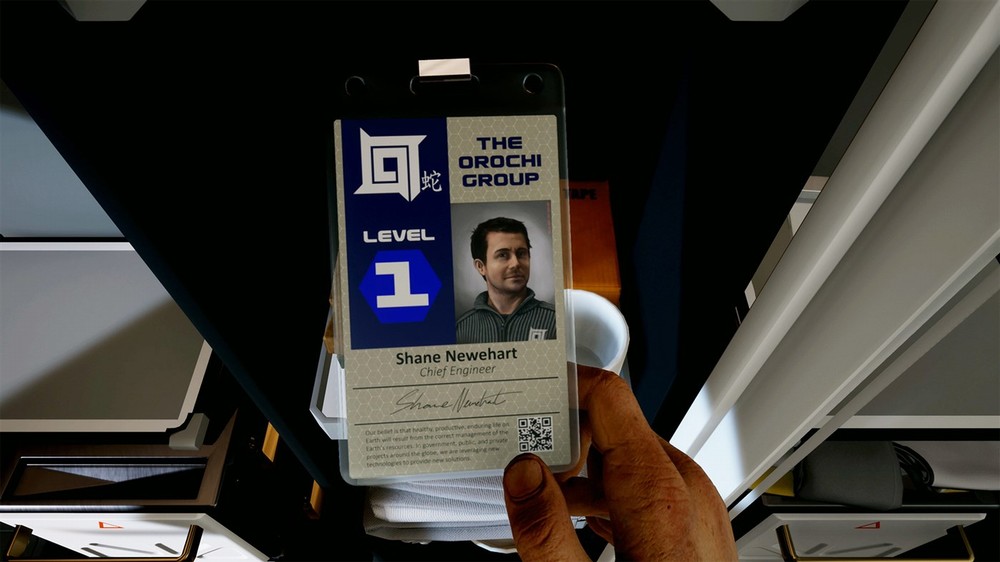 Things start off strong with Shane waking in the middle of the night to a nightmarishly darkened base with black gooish tentacles covering corridor walls and floors as he seeks out a figure he spots mere seconds after leaving his quarters. This opening moment single handedly sets the tone for the rest of the game as you come to not long after this nightly stroll. The mood lightens a little bit as Shane sets about his tasks to fix malfunctions prior to the Cyrano’s arrival. Of course this means that Shane is going to have his work cut out for him right after he has his morning coffee and gathers his wrist datapad. What could possibly go wrong right?

Starting out you’ll find yourself separated from the rest of you crewmates, so you’ll set out doing fairly routine jobs, which introduces the main bulk of what you’ll be doing over the course of the game. As one who doesn’t like to give real spoilers in experiences like this you’ll start to experience odd events about halfway through the first of three chapters. Things go from bizarre to downright nightmarish after that point with such pacing that there really isn’t much downtime in-between tense moments. 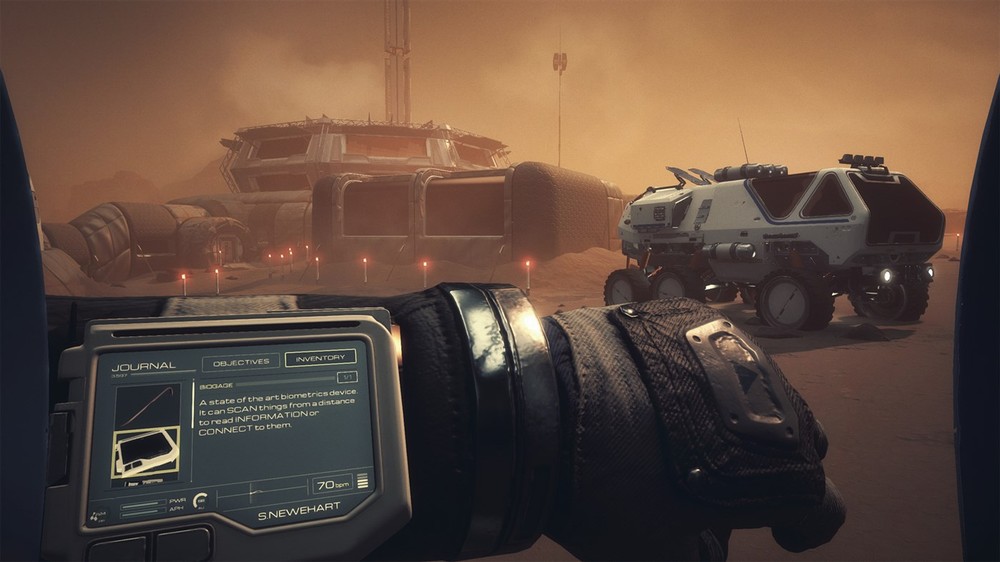 Unlike the source material, you won’t be going toe to toe with your mysterious entities but rather trying to avoid them, seeking out non combative methods to survive them. One of the things that sets Secret World Legends apart from other MMOs is that puzzle-solving made up a large part of its narrative with combat used as a means to progress into tougher areas. With that same methodology in mind, Moons of Madness features puzzles throughout its entirety. Thankfully none of them are as complex as those in Secret World Legends but some basic calculations are necessary at times to solve at least a couple puzzles. Others will require paying attention to things in the environment such as emails and documents.

When you’re not running for your life or solving puzzles there is some time to explore a bit. You’ll find out some interesting articles involving the company you work for as well as several references and even in-jokes for The Secret World and Secret World Legends fans to discover. As a huge fan of both games these little details were awesome to find. Much like my coworker I couldn’t help send out an email using one of the addresses found in a corporate security memo found around the beginning of the game. You’ll also have a chance to admire the detail that went into making these locations look like they’ve been lived in for long periods of time like living quarter and workspace clutter. 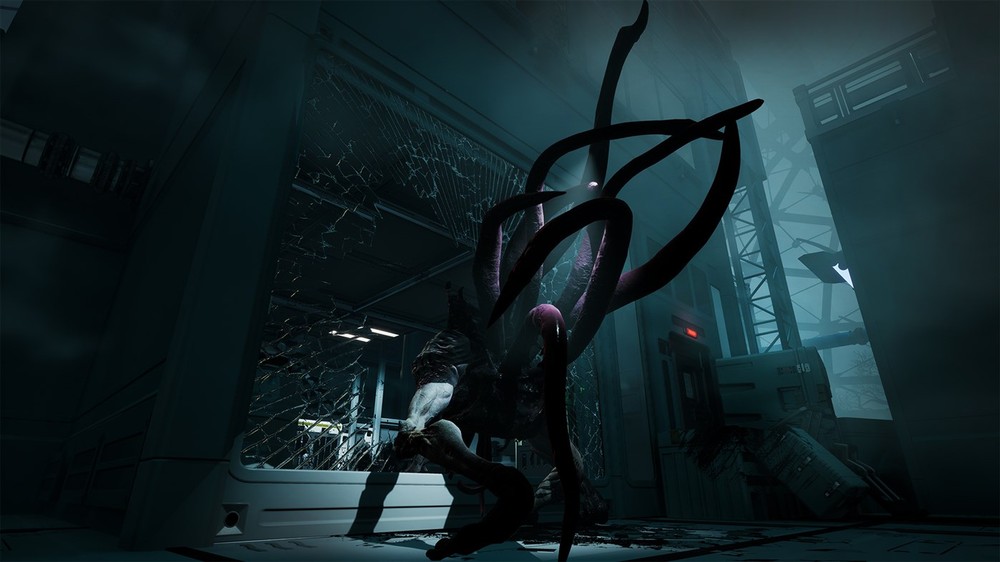 What I liked most about Moons of Madness is its atmospheric presence, both in visuals and audio. There are a few jump scares to be found within the story, but there isn’t what I would call visceral blood and guts elements. What it does have is plenty of moments of building tension, suspense and sinister environments the more the story progresses. Funcom and Secret World vet Simon Poole brings his composing skills to create the dreadfully wonderful score that you’ll hear throughout Moons of Madness. They’re seemingly few moments were you don’t feel bad about what is happening to Shane’s sanity, as you push forward towards what seems like a fleeting hope of survival.

Visually I felt the same level of dread playing Moons of Madness as I did when traversing some of Secret World Legends’ more sinister locales. The level of detail found within is quite good on everything from the twisted black tentacles to the base designs and even the smallest details such as written memos and literature throughout. Even when you’re running around the dusty red surface of Mars you can’t help but look around a bit…when you’re not running for your life. There are some really great set pieces found here including some interesting trips to places clearly not on Mars.  Much like the game world that inspired it, Moons of Madness is an atmospheric horror experience, so those seeking a more visceral, in-your-face Dead Space game may be disappointed.

What I found however was a rather well-crafted experience, more akin to Outlast with some Alien: Isolation sans gunplay mixed in with an almost seamless movie style presentation as you progress through the story.  I love all the little Lovecraftian nods like a certain fabled book that Shane is exposed to as a child. While it is clear that Lovecraft’s works play an underlying presence in the story they are not the main focus as they seemed more centered on the Secret World lore instead. So if you’re a fan or Secret World Legends or even just Lovecraftian horror you should definitely check out Moons of Madness digitally via the Xbox Store. 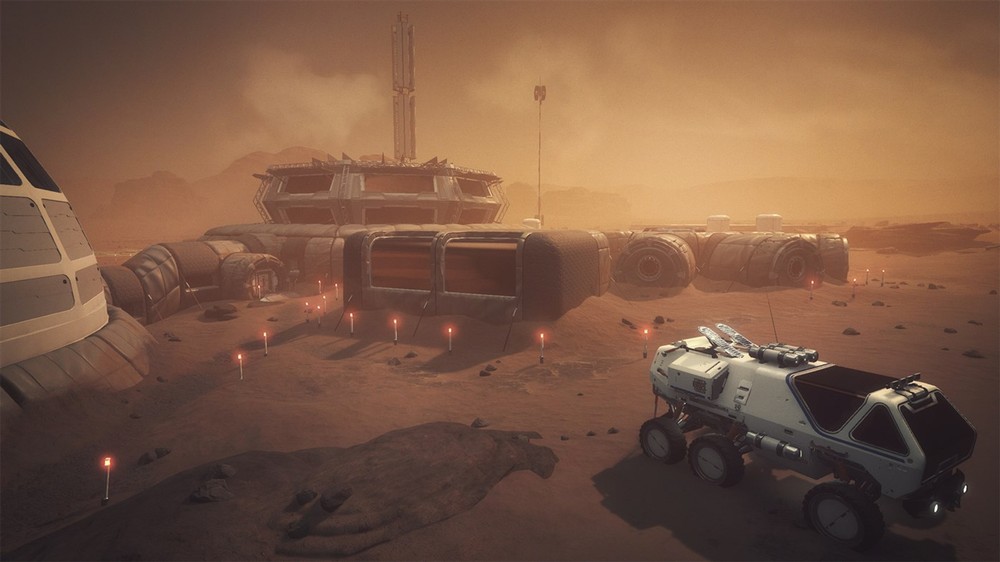 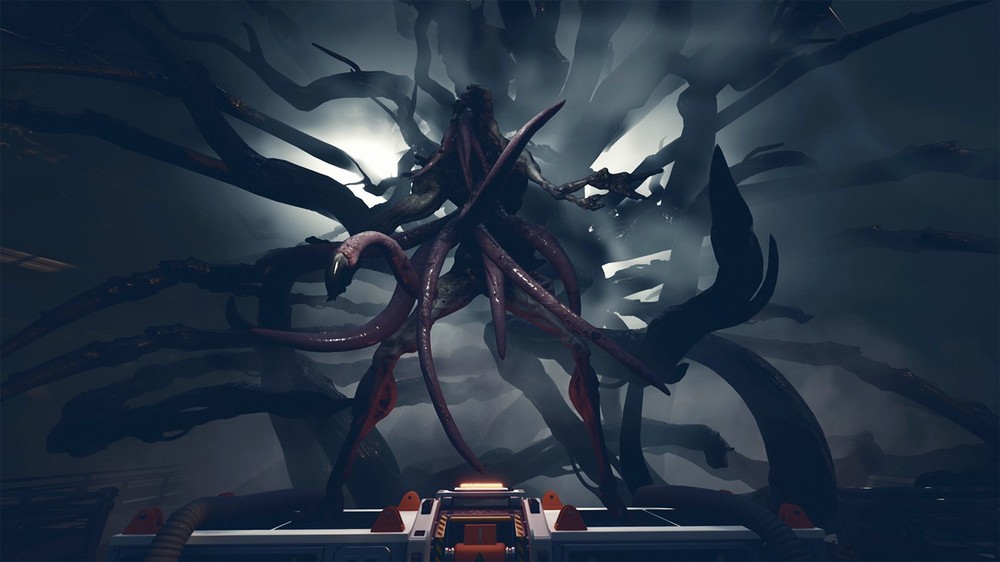 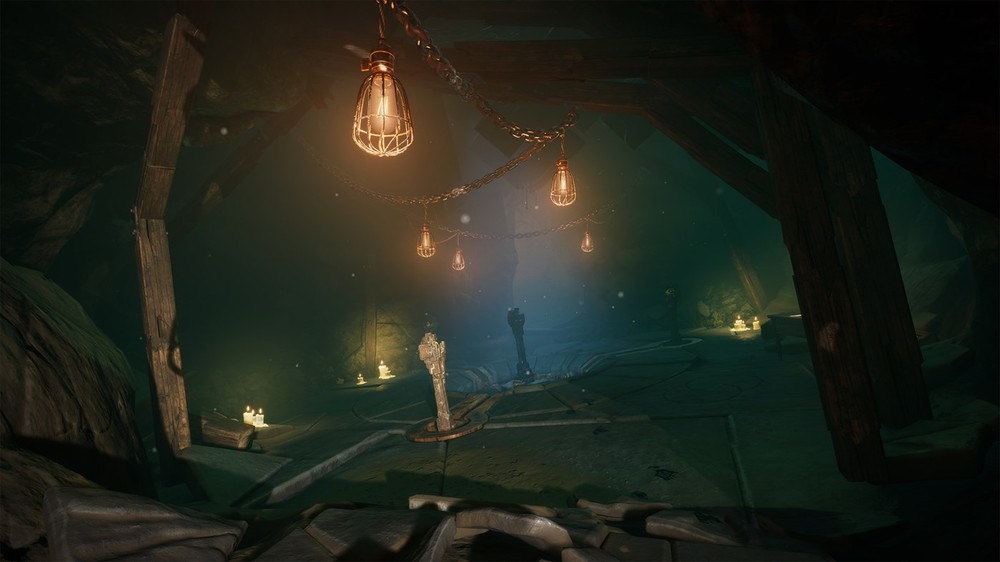 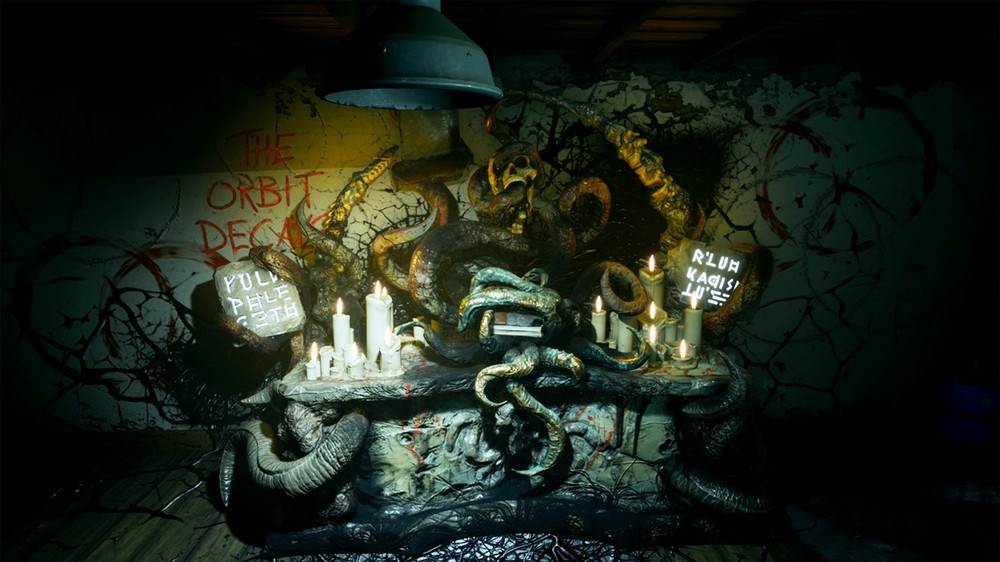