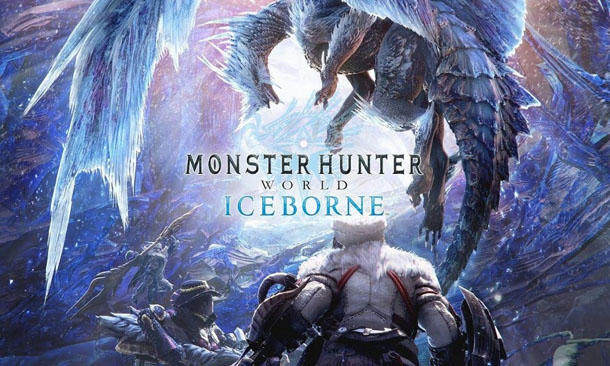 - A sizeable jump in difficulty for those unprepared

Iceborne is an essential addition to your Monster Hunter adventures.

Monster Hunter World hasn’t exactly subscribed to the typical release pattern with its first, last and only paid DLC, Iceborne. Announced soon after the base game found its way to consoles, Iceborne wasn’t released until almost 18 months had passed, which is more often the territory of rushed sequels or hastily developed spinoffs. In fact, Iceborne operates in the space that used to be filled by CD-based expansion packs for PC games, where the experience on offer almost rivals that of the full game. This isn’t a piecemeal experience that unnecessarily fills in gaps in the story that should have been included with the initial release; this is an offering that builds on and truly expands the base game, and gives Monster Hunter World fans a strong reason to return to the shores of the New World.

The fact that Iceborne comes as a DLC Expansion and not a sequel is a welcome decision, particularly due to the attachment that Monster Hunter develops in players towards their character and their gear. Though there are similarities to other loot and equipment based games, where you’ll collect new weapons and armor and use these to increase the power and abilities of your character, the Monster Hunter franchise goes an extra step towards making the player feel an attachment to and sense of achievement from what they’re wearing and wielding. The fact that you have to research the components of a piece and then go out to hunt specific monsters to gather these components means that you feel like you’ve worked towards a goal, and haven’t just been awarded something shiny by opening the correct chest at a certain time. By the end of the game, most Monster Hunter players will have a set of armor, weapons and abilities that has had serious thought put into it, and will have required many hours of play to get to that point, and the fact that you can bring this all across to Iceborne means that the experience feels like slipping into a comfortable pair of well-worn sneakers. 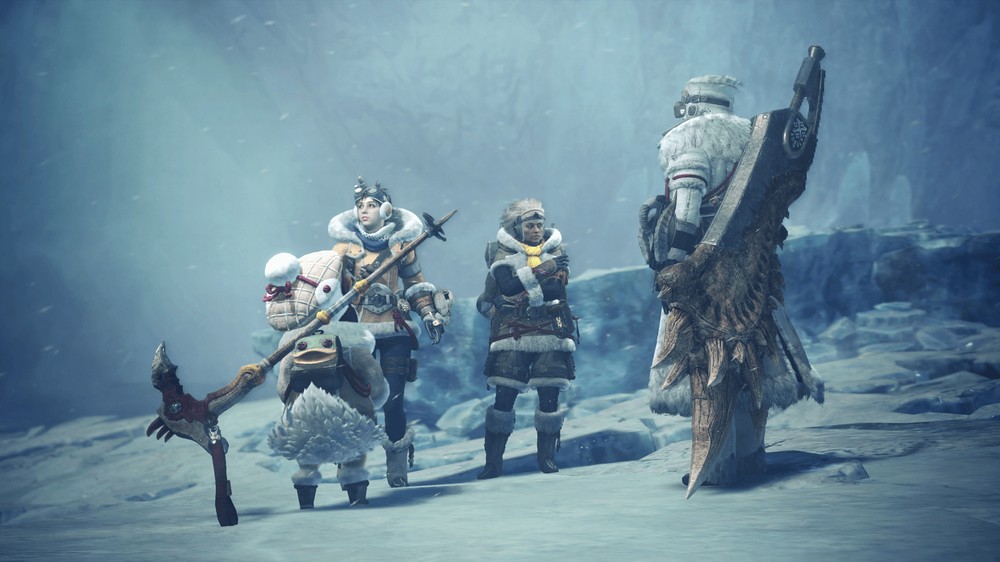 One thing to bear in mind with Iceborne is that although it comes as its own DLC package, it does require the player to have finished the base game of Monster Hunter World and to have seen the end credits roll. There are certain gameplay enhancements that have been added to the entire experience, such as the Clutch Claw and some quality of life improvements, but to venture to the new area and to begin hunting new monsters, you have to have defeated the final monster in the base game’s main quest. This was something that I was unaware of going in, and having dropped off of the initial game about halfway through, I had a fair deal of work ahead of me to get to the start of the DLC. However, this allowed me to once again become familiar with how Monster Hunter World worked, and it meant that by the time I made it to Iceborne, I was fully invested, well warmed up, and ready to go.

You get to Iceborne’s new hub of operations, named Seliana, by following a flock of migrating Legiana from your current location. At first, you’re tasked with taking missions to establish a foothold in this new land, but you’re soon moving back and forth between Seliana and your base from the main game, hunting monsters in both new and familiar environments. This is one of Iceborne’s strongest aspects: you’re not just suddenly thrust into a new environment and expected to work only there. Iceborne builds on the existing game, giving you new stuff to see and do, but also giving reason to return to places you’ve been before, and to fight familiar monsters that have returned in a stronger guise. This is part of why Iceborne feels like a quasi-sequel, as it builds on the ideas from Monster Hunter World and improves the overall experience, but it still feels like the same game, because truly, it is. 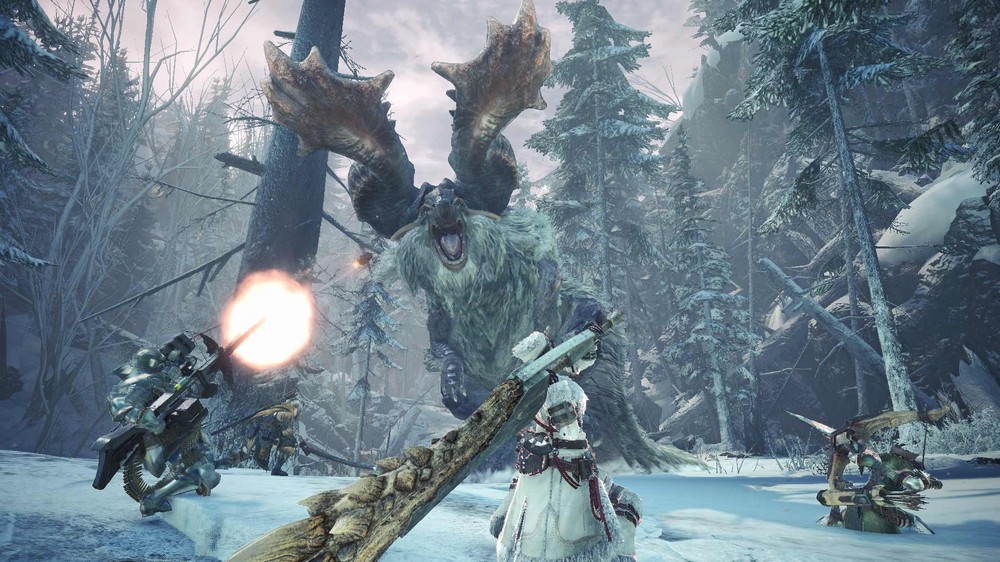 As you play through the base game of Monster Hunter World, you’ll get to a point where your quests start to be divided into low and high ranks. Low rank quests target easier, weaker monsters, but high rank quests give you better rewards and allow you to improve more quickly. Iceborne introduces Master rank quests, which are a step up again from the high rank missions. This means that the monsters contained within are even stronger, but similarly, the rewards for bringing them down are that much more valuable. This does come with the downside of realizing that the equipment you brought with you is likely under-levelled, but it also gives players the opportunity to continue climbing the equipment tree, and to strengthen further. There’s also the effect of making battles with monsters last longer, as they have more health points, meaning that you have to start being careful about finishing quests before the timer expires. I found that to start, the quests in Iceborne almost took too long, and that I was wailing on enemies with little to no impact, but as I started to learn their weaknesses and began to outfit myself better for each quest, I was incrementally reducing the time required for each quest the more I attempted them.

Visually, Iceborne brings a whole new style to Monster Hunter World, from the new environments and new monsters to how your character looks and interacts with the world. As I’m sure most people can guess by the name, Iceborne focuses on a cold, snowy landscape, which is a welcome departure from the base game’s mixture of deserts, forests and caverns. Your character gains a new wardrobe as well, because alongside the new armors and weapons that you can craft, you’re also given layered armor. As part of the narrative, these furs are there to provide extra warmth in the harsh environments, but they also serve the purpose of allowing you to customize your character’s appearance a little more. This layered amour doesn’t affect your stats, but instead gives you the opportunity to change your look without having to worry about how you may need to change your playstyle. 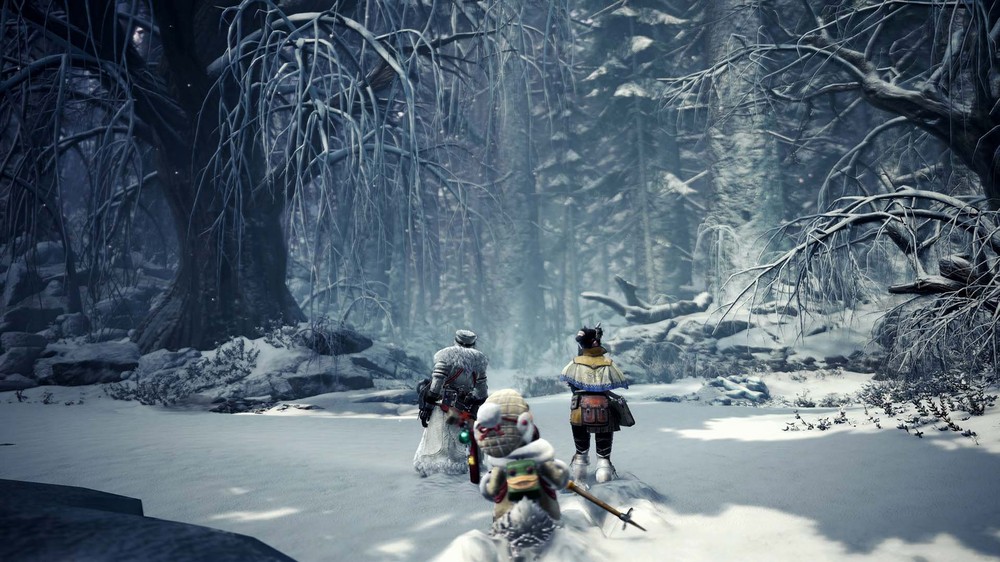 Monsters are also given an overhaul in Iceborne, with a host of new creatures, and a variety of monsters that you’ve hunted before but with a new twist. For example, the Tobi-Kadachi, an electric-based creature in the base game is poison-based in Iceborne, which requires a new approach and new tactics. New creatures such as the shark-like Beotodus and hulking Banbaro prowl the environment outside of Seliana, and are well designed both visually and in terms of how the bring a new challenge to the player. Like the majority of Iceborne, the visual design and new creatures both feel like a natural extension to the base game, and after a while you start to forget that they were initially part of something separate.

This is perhaps the greatest strength of Iceborne: the fact that after only a couple of hours of play, you can’t imagine Monster Hunter World without it, and you struggle to remember what they game was like before Iceborne was included. I’ve played so many DLCs in the past that felt entirely separate from their base game that it’s a genuine marvel to see how well Iceborne slots into the larger experience. As well as practically doubling the length of the original game, Iceborne reshapes and repurposes what was already present, which means that you’re not constantly rushing forward to see what’s available in Seliana. It brings purpose and value to revisiting areas in the main game, and does a fantastic job of revitalizing the whole package. As I mentioned previously, this is less of a DLC and more of an expansion in the old sense of the term, and it’s easily one of the best pieces of additional content that I can remember experiencing in quite some time. 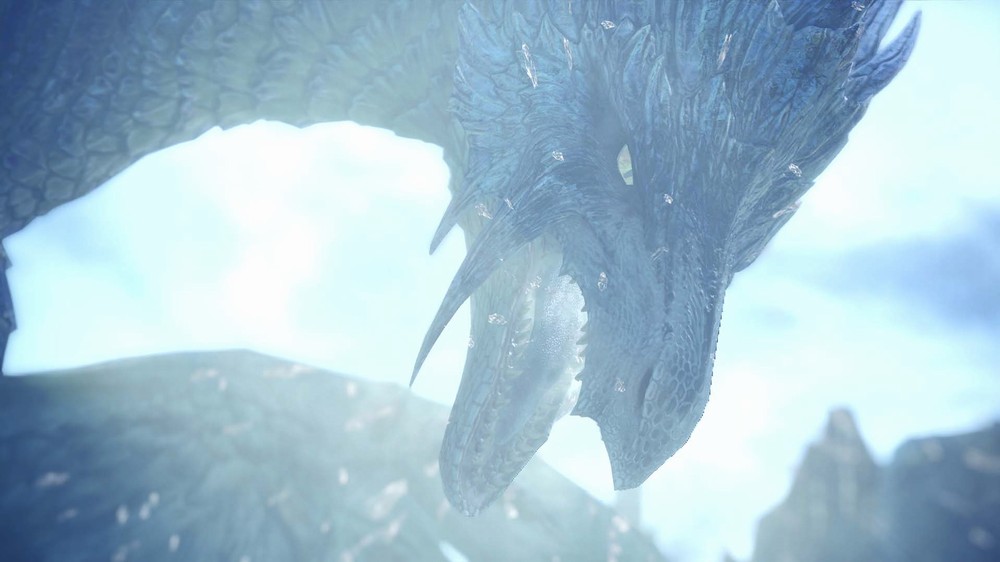 The base experience of Monster Hunter World was already special, but Iceborne has somehow managed to improve upon it without making the base game feel unnecessary. Whether you’ve been playing Monster Hunter World every day since release, or if you dropped off once finishing the main game, Iceborne is an essential purchase. What’s more, even though you would have to make your way through the base game to access it, if you haven’t yet played Monster Hunter World, Iceborne’s release is a perfect opportunity to experience it, and the amount of high quality that content you would receive for your purchase is almost unbelievable.

The base game 'Monster Hunter: World,' sold separately, is required in order to play this content.