This lifeless adventure would be better suited on a mobile device for a third of the price.

Some of you may or may not know that I used to work for Sierra Online back in the late 80’s and early 90’s, and during that time I was able to work on several Jane Jensen projects including; EcoQuest: The Search for Cetus, Police Quest III: The Kindred, King’s Quest VI: Heir Today, Gone Tomorrow, and one of my favorites, Gabriel Knight: Sins of the Fathers where I actually got to meet Mark Hamill and Michael Dorn who did voice acting for the game.  When I heard that Jane was working on a new adventure game I was understandably excited, especially since I had missed out on her 2010 release, Gray Matter.

The adventure game genre has become sullied over the past few years, thanks mostly to the deluge of hidden-object games that pass themselves off as “adventure games” on tablets and phones.   I grew up in the days of text-based adventures like Zork, and then graduated to graphic adventures like King’s Quest and Leisure Suit Larry.  I still maintain that the worst thing to ever happen to adventure games was the death of text input and the birth of point-and-click, but that is a debate for another day.

Moebius: Empire Rising sounded promising even back during its Kickstarter campaign.  As news trickled out during development I grew increasing excited and that feeling carried over well into my second hour of playing the final game, but then something happened and the game lost me.  Even now in retrospect, I can’t tell you exactly when or why, but once that curtain of expectation and excitement was pulled aside, the game that remained was really no more engaging or entertaining than most of the mobile adventure apps you can download for your iPad for $4-7. 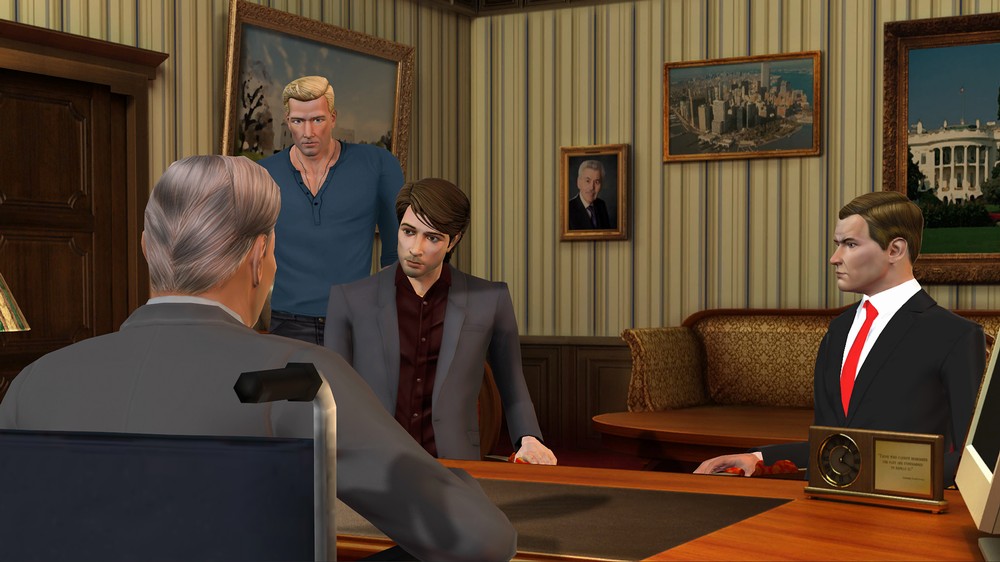 In Moebius you’ll be playing Malachi Rector, an art appraiser with a photographic memory who ends up using his keen powers of observation and encyclopedic knowledge of historical facts for a secretive government agency.  If you want any more backstory you’ll have to read the multi-page intro comic.  From the very opening moment to the rather disappointing conclusion Moebius is a by-the-numbers point-and-click adventure, only it lacks any type of gripping narrative or original gameplay to differentiate itself from any other adventure game out there.  It certainly doesn’t help that Malachi is one of the most unlikeable protagonists in recent video game history.   His callous and emotionless interaction with nearly everyone he meets makes it terribly hard to identify or sympathize with your “avatar”.

Gameplay is mostly traditional in that you’ll enter a new screen and click on everything clickable to get verbal descriptions and the chance to interact with anything that can be manipulated.  There is a nice hint tool that reveals all the hotspots in a scene.  If there are any people in the scene you can converse with them on a variety of topics until there is nothing more to be said, although most characters require multiple interactions as new clues open up new topics of discussion.   You will also get to analyze various people throughout the game, and this is where Moebius finally sets itself apart from the pack.  In addition to making superficial judgments based on appearance, you will also get to try and match people up with historical figures based on key data points that use portraits and historical facts so you can slowly eliminate candidates and narrow down your match. 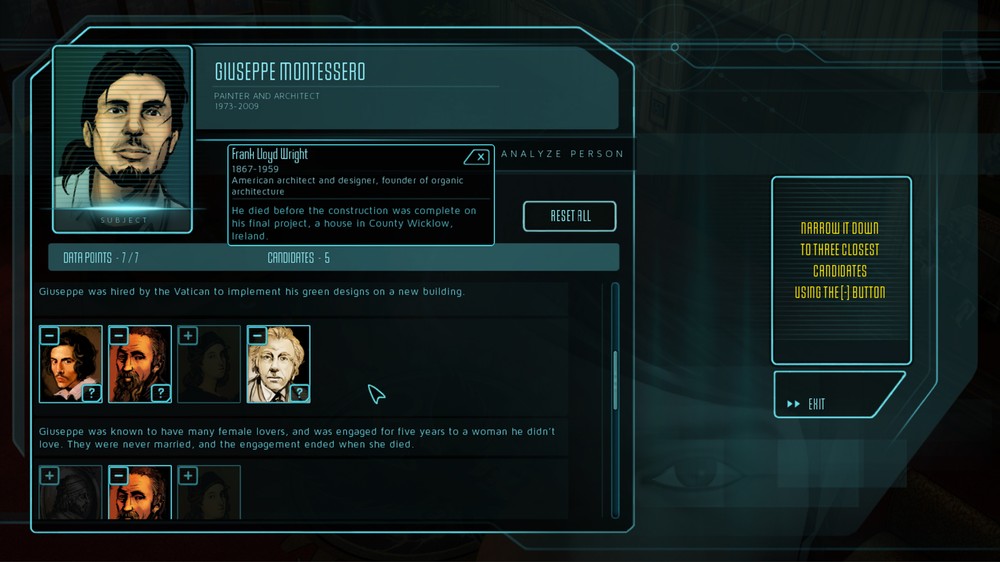 Puzzles are mostly about observation and the occasion inventory item, often requiring you to combine items to gain another.  Early on you will have to fish a key out of the canal, requiring a pole and some putty, each hidden away in their own respective scenes elsewhere in the game.  Such as, there will be a lot of backtracking in the game so thankfully it is fast and easy to navigate the point-and-click map, and areas load almost instantly.

I was entertained for the first two hours of Moebius, admiring some of the background graphics and complaining about character models, lack of textures, emotionless faces, stiff walking animations, etc.  There are some distractingly bad effects like the reflection shimmer on the bridge in Venice.  The voice acting was acceptable for the most part with some characters doing better than others.  It’s a shame Malachi was so annoying since he talks the most.    Jane also seems to hint at a potential gay relationship between Malachi and his bodyguard, David but then never sees it through.    It’s like they wanted to cater to the gay demographic then backpedaled for fear of alienating conservative gamers – not that it would have affected the game in any major way, but it seems like just another loose thread threatening to unravel the game.

I’m a big fan of Jane Jensen’s work, but Moebius: Empire Rising is entirely disappointing; especially as a $30 PC game.   Put this on iTunes and sell it for $6-9 and you’ll make a lot more money than you will from PC gamers who are expecting so much more in their adventure games, especially one that bears the name Jane Jensen. 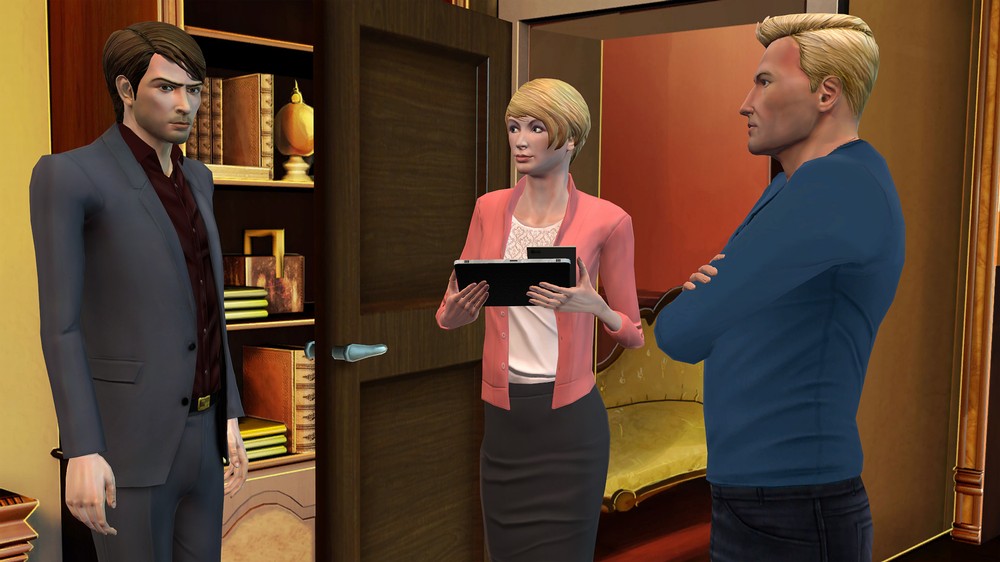 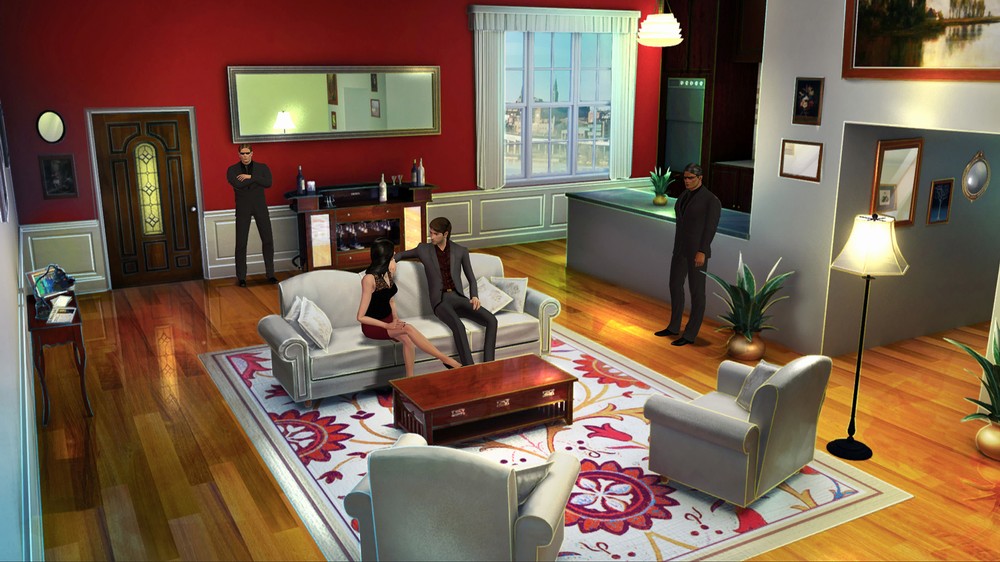 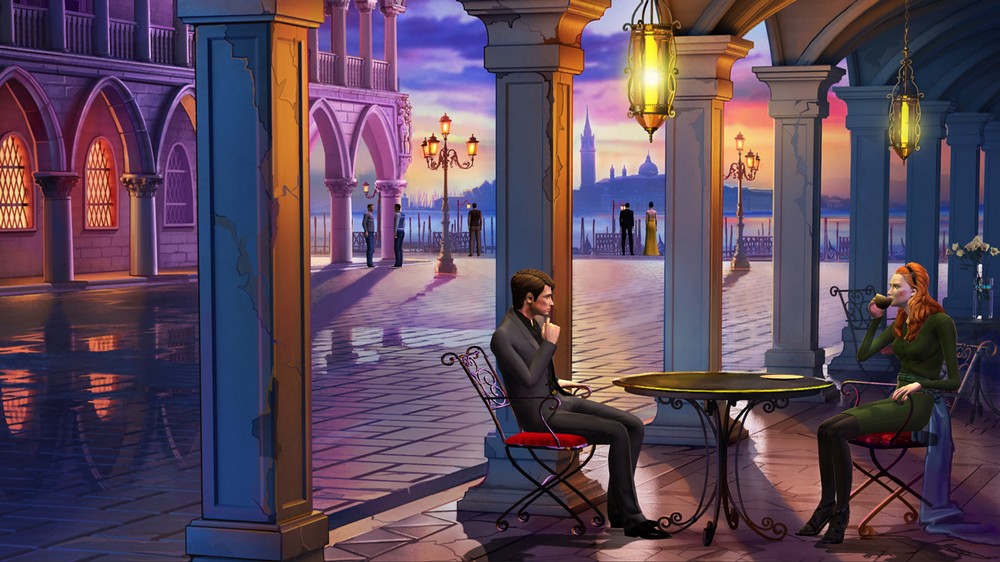 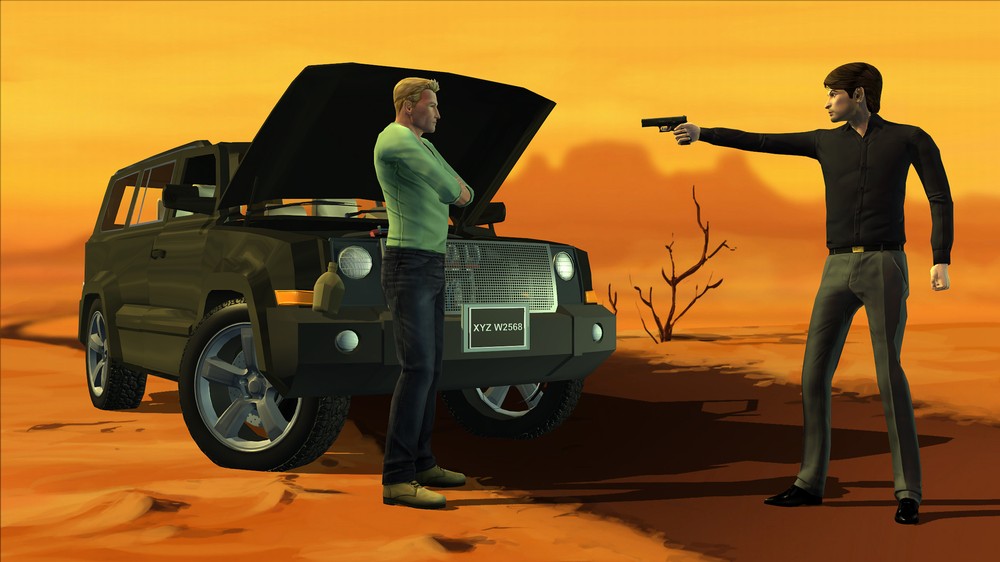 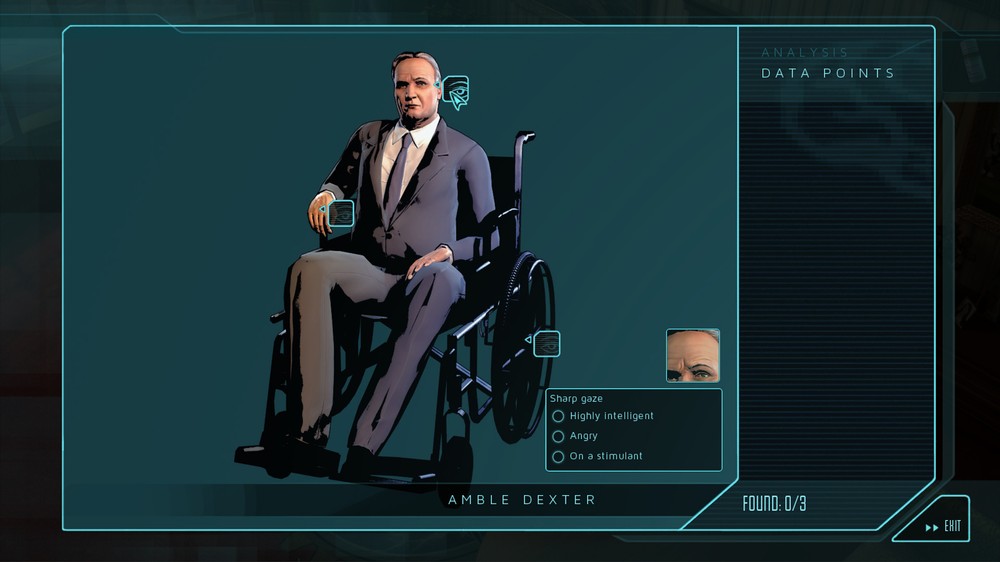 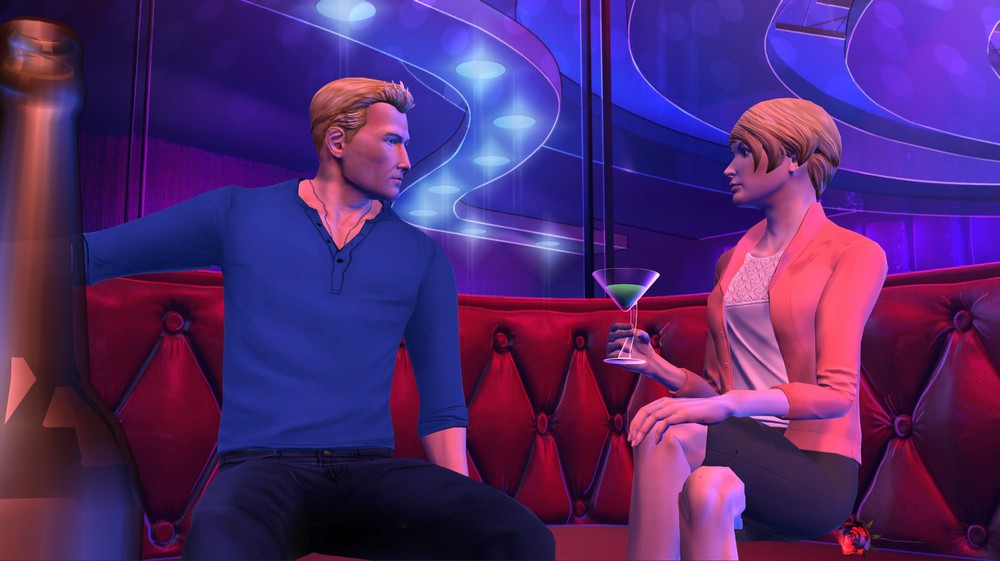 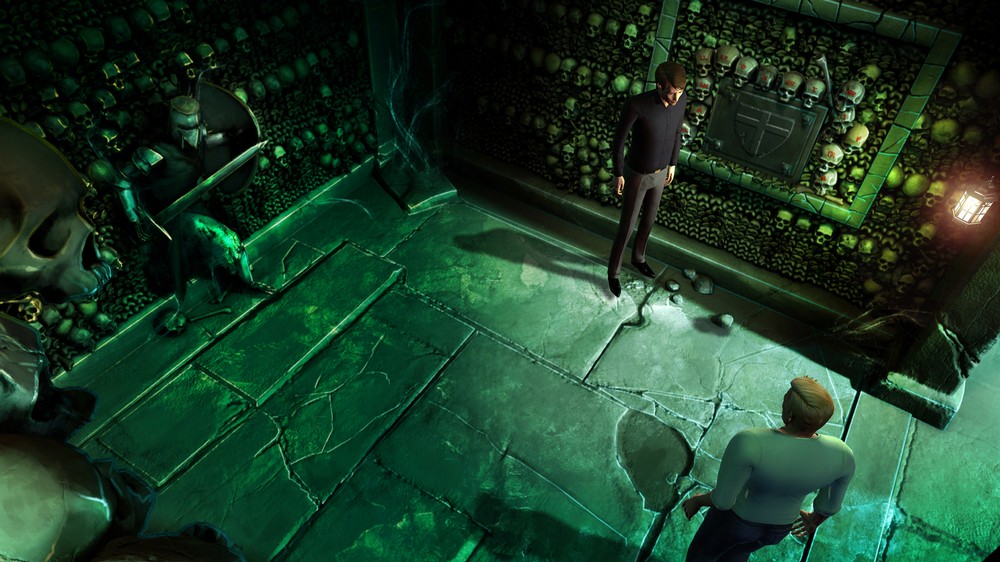 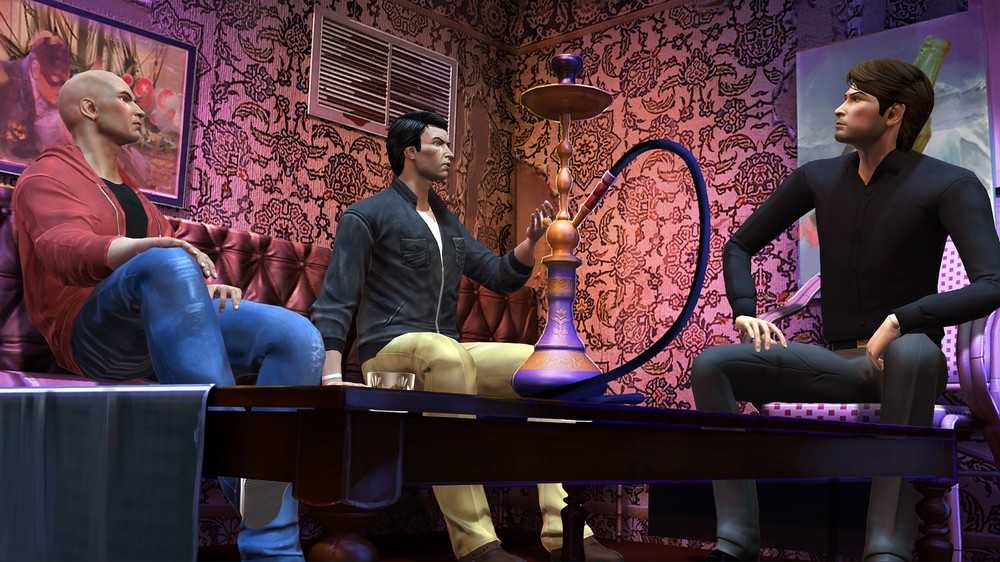