If you love classic twitch shooters like Quake or UT3 or like games with crafting systems like Terraria then there is something for you to enjoy here.

So here’s the deal. I’ve never been a huge fan of the MOBA (Multiplayer Online Battle Arena) genre over the recent years. A lot of that had to do with the whole pay-to-win mechanic that several MOBAs that I’ve tried degraded into or they were just not that interesting. So my number of good experiences in this genre is pretty low as of this article. Well that eventually had to change; I mean they can’t all be that way right? So imagine my surprise when I sat down to install this PC game called Minimum from a development company called Human Head Studios.

Now Minimum to be fair and clear, Minimum isn’t wholly a MOBA. It’s actually a fast paced third-person shooter hybrid that contains some pretty cool MOBA elements. So basically think Quake and UT3 meets Terraria or Minecraft and I know it sounds like a crazy idea but trust me it’s a hell of a lot of fun. I’ve always enjoyed a bit of competition in video games with newer titles like Plain Sight and Halo or old classics like Quake or GoldenEye so Minimum’s shooter core really pulled me in right away.

Titan Mode, Team Deathmatch and Horde Mode are the three modes currently available to play with new features to be released like a Ranked Mode. Titan Mode is the real centerpiece of Minimum that pits two teams of five against each other in a fast paced yet strategy required objective-based battle of epic proportions. The main goal is to escort your team’s massive Titan as it moves along a preset path from your base to that of your enemies to destroy a power core. This is harder than it seems as there is plenty in the way to slow your Titan down including defensive walls, turrets, players on the other team and oh yeah… the enemy’s Titan. 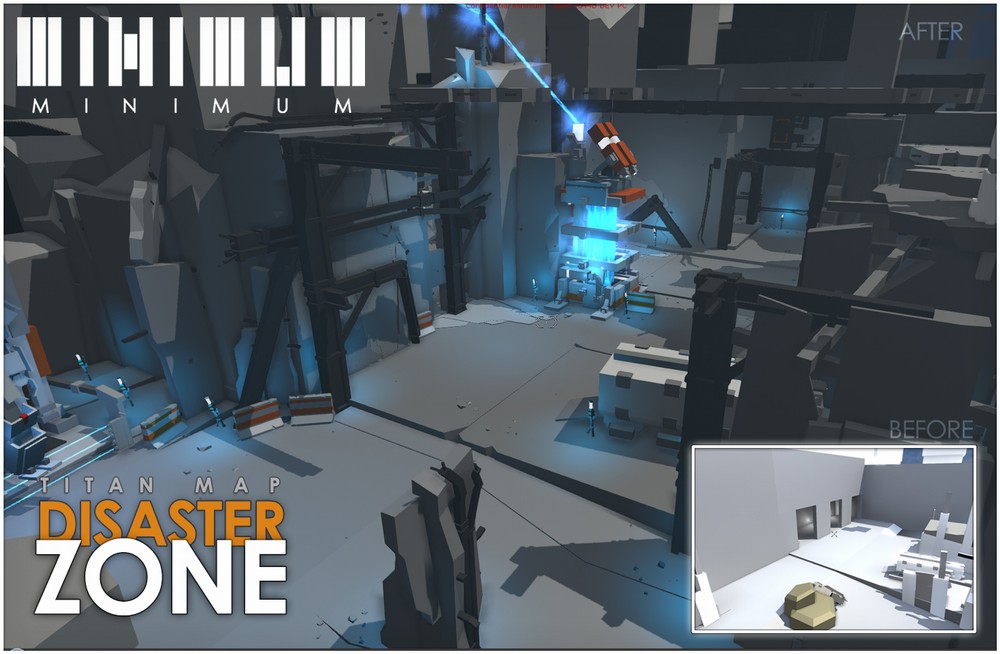 The interesting and strategic part of this mode is that it takes part in two alternating stages. The first has you taking out neutral enemies known as creeps that drop Titan crystals including the coveted Golden Creep. These crystals once picked up increase the destructive power of your Titans making it easier of it to tear through defensive walls, the enemy’s Titan and finally the Power Core. The challenge is that the other team is going to be doing the exact same thing so balancing between taking them out with hot lead and plasma swords, yes swords, and collecting crystals is crucial to success.

While Titan mode is easily my favorite Horde Mode lands as my second favorite mode of the three. In this mode a team of four players, be it your friends or random players, go up against wave after wave of dinosaurs, ninjas, astronauts and samurai until either they’re left standing or you are. If you have a really good team of strangers you can get pretty far though I still feel that playing with friends is the best options here. Team Deathmatch while still being fast paced fun like the other two modes is pretty much what you’d expect from other games, a royal firefight. The one thing that makes Minimum fun and unique even in Team Deathmatch is the crafting system.

There are two unique parts to this system, Blueprints and Schematics and each are utilized in different ways. Blueprints are the first thing you encounter as you dive into the game and are only available to use during actual matches. In the matches, you can currently craft stat altering armors but items like structures and deployable will be available at a later date. For me as I heavily played a sniper role I went for leg armor first to give me the ability to get to high areas for a better view of the battlefield, There are several pieces of armor to choose from and each on is unique in its stat abilities. 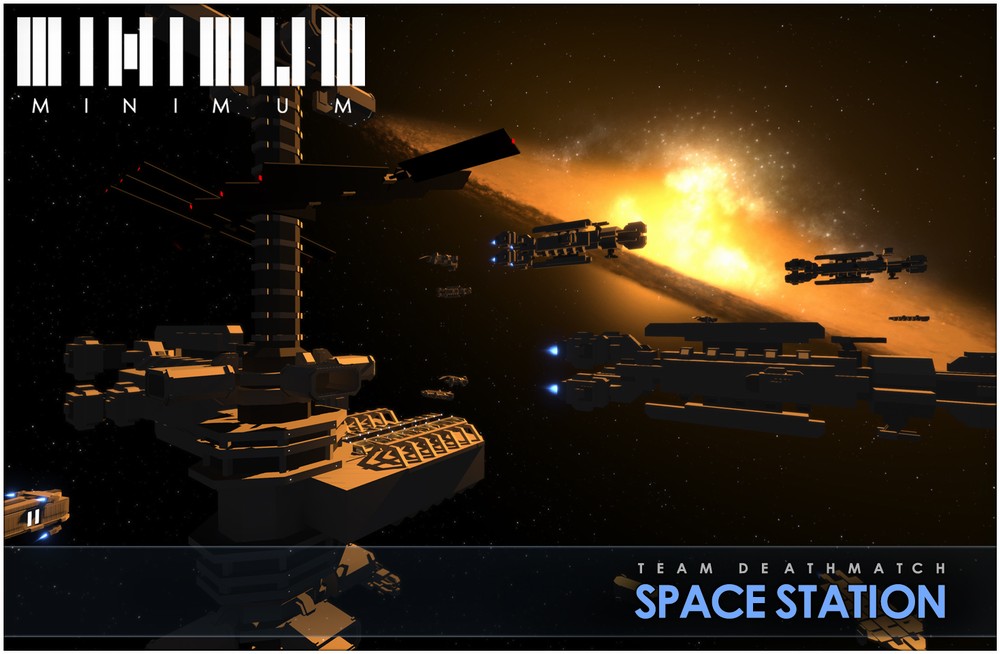 Minimum does come with some armors unlocked by default like that of a knight which gives you more health at the cost of movement speed. Others can be obtained by spending blocks while more interesting armors and weapons can be purchased with real money via Minimum’s micro-transaction system. I usually don’t spend money in games like these but as the armors are more than just cosmetic I don’t have a problem dropping a $1.49 per piece of armor.

Schematics on the other hand are permanent once you unlock them which allow you to create as many of an item as you want as long as you have the required amount of raw materials and components known as blocks and polyhedrons. While it may sound crazy to have more than one of the same weapon the later addition of weapons’ mods will allow you increase various attributes of the weapon. There is also the chance to get a maximized version upon crafting a weapon which could reward you with a unique attribute not seen on the normal versions. As that capability is not yet available, I can only wait to see what goodies I may build in the future. It is important to note that unlike blueprints the resources needed to build from schematics are only gained by completing matches. You don’t have to win as just finishing the match nets you materials.

The one thing that I like even more than the gameplay is its visual presentation. As the title suggests, Minimum is presented in a minimalistic art form that while void of any real texture still manages to come together wonderfully with solid colors, shapes and shadows combined with complex but stunning maps and character models. Even the visual transformation of your weapons as you pick up materials from kills looks deceptively simple in appearance. The game’s world may be simplistically beautiful but the particle effects such as gunfire, explosions, and ability effects just add to how good Minimum looks. 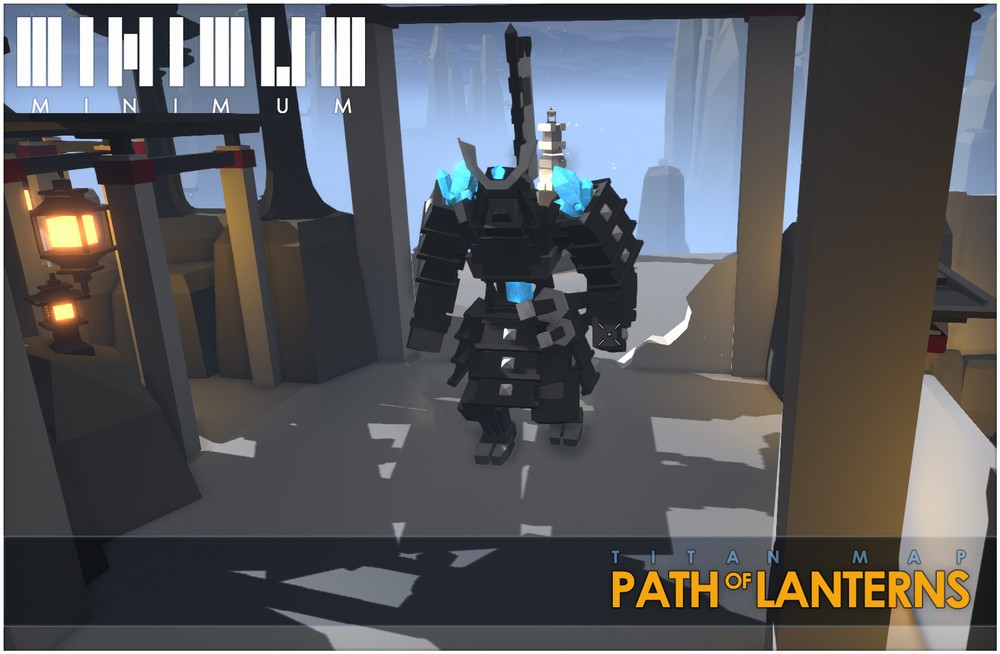 Apparently there is a story behind how the world of Minimum is like it is though it looks like we will all have to wait as it revealed little by little as time goes on according to the developers. The maps themselves are brilliant designed and perfect for all manners of warfare as I could often snipe all the way across the field in practically every map that I encountered. The choice to make the game third-person (sniping the only exception) also works in the games favor as I was able to quickly keep an eye on my surroundings with little effort using only my keyboard and mouse. The game does support a gamepad though I couldn’t bring myself to try it as the traditional keyboard and mouse method was just so fluid that it just felt right.

Minimum just recently made its transition from an Early Access to full game and if what I experienced is any indication of what’s to come with new modes and features it’s only going to get better from here. There is plenty to keep you busy in Minimum if you’re a fan of fast-paced strategic combat with the Titan Mode. There’s plenty of weapons, items and armor schematics to unlock with plenty of loadouts to set them to so you’re never far from your favorite combinations as there are no classes here, just good old fashioned combat across eight different maps. How you approach the fight is completely up to you and your preferred play style. I’m really looking forward to seeing the weapons mods and even new maps in the future.

So if you love classic twitch shooters like Quake or UT3 or like games with crafting systems like Terraria then there is something for you to enjoy here. Minimum’s name should come with a warning because there is nothing small about the amount of fun I’ve had with it so far. Check out Minimum today via Steam. 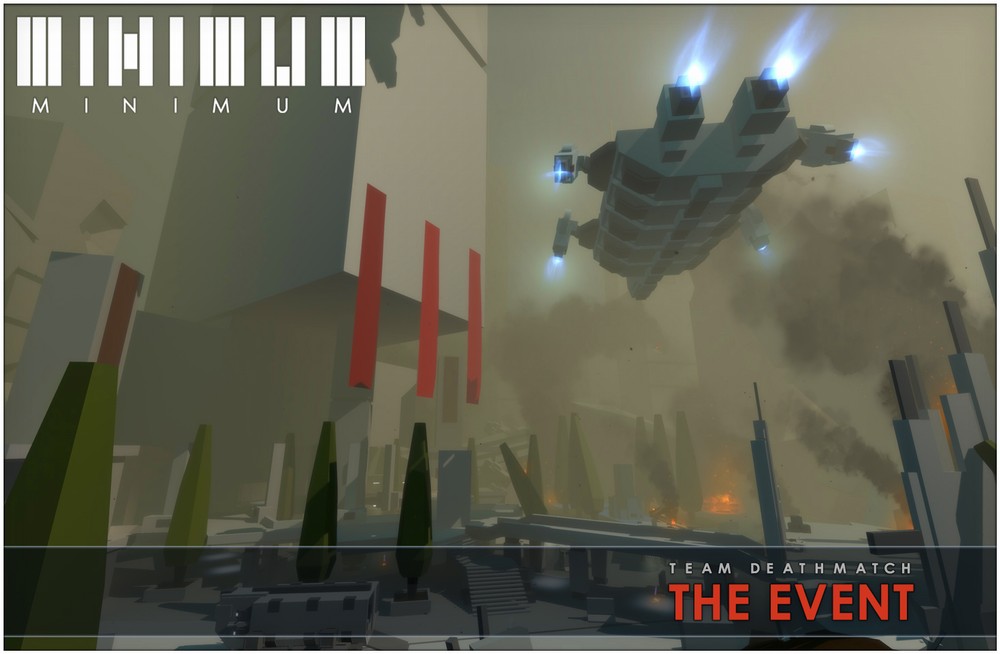 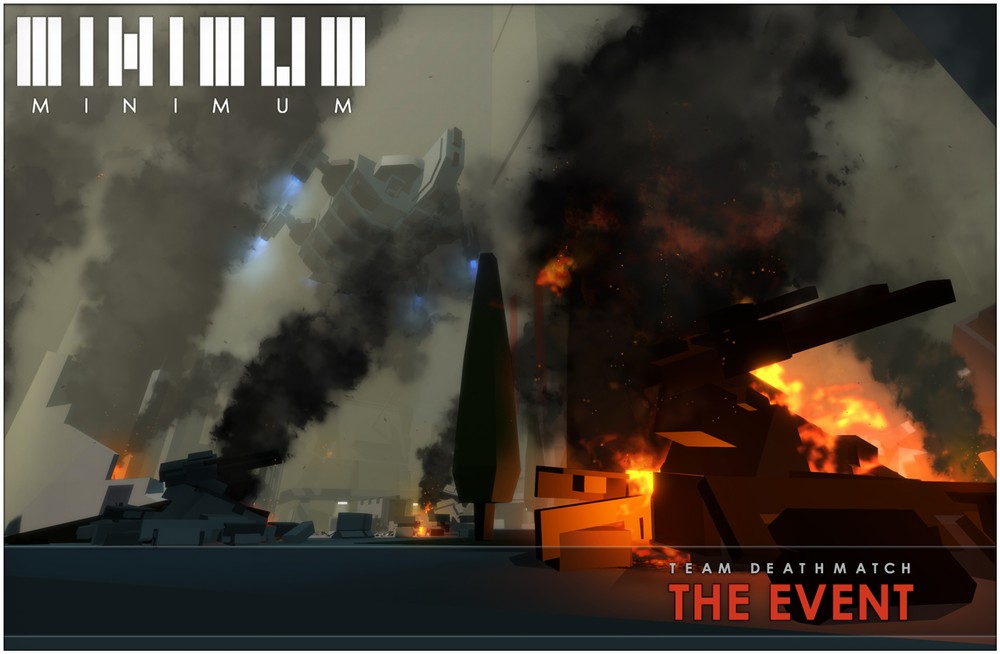 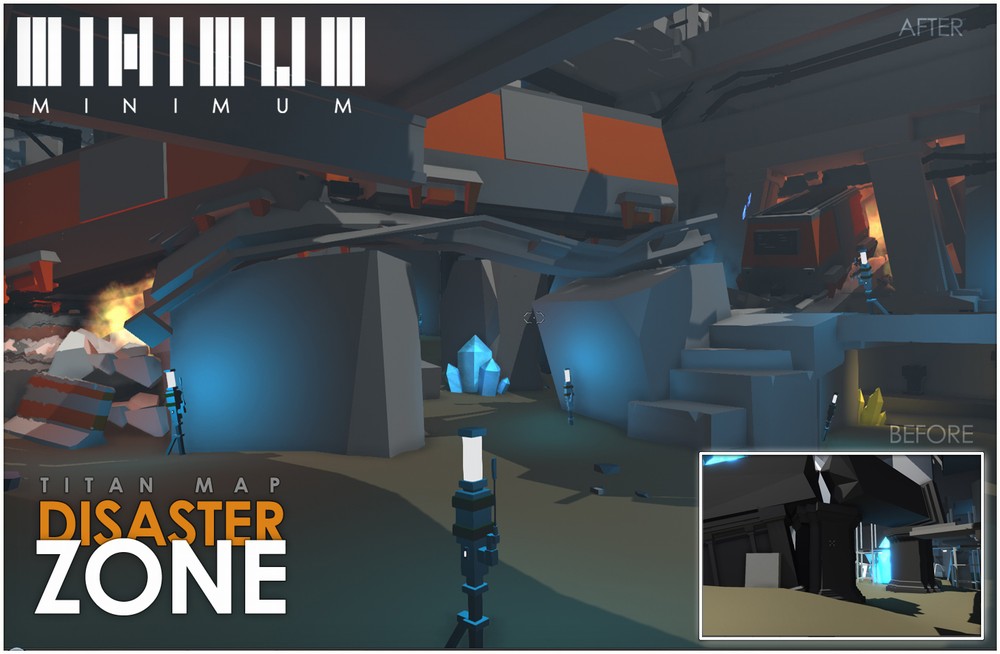 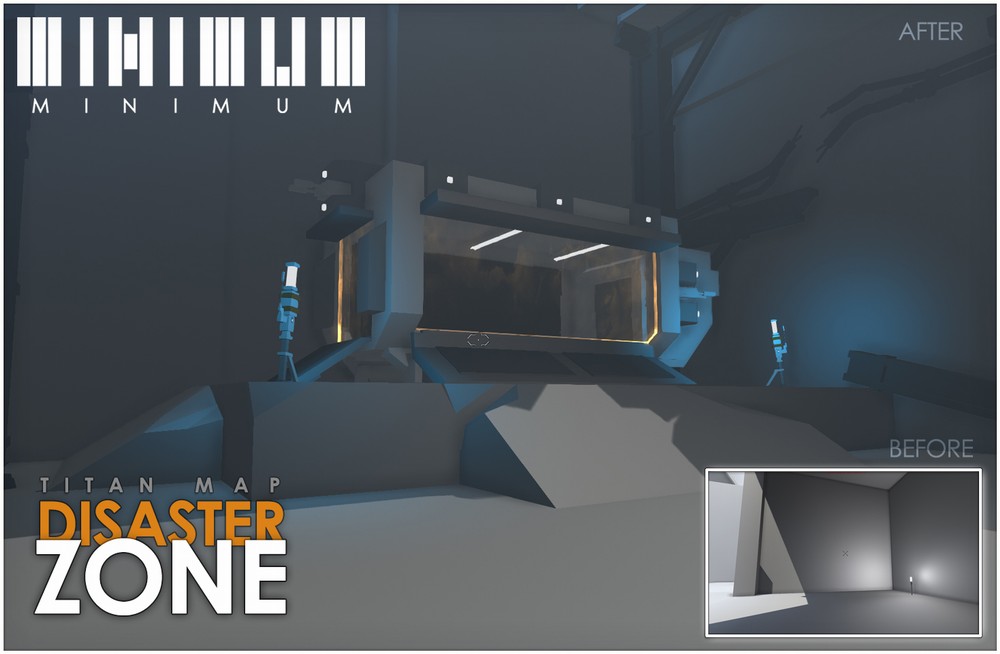 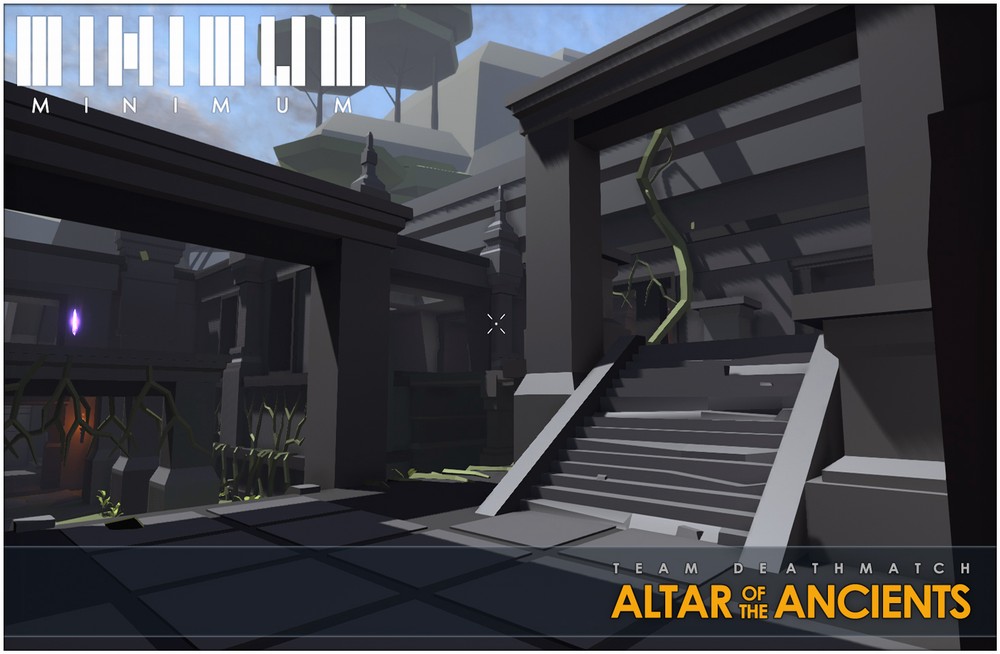 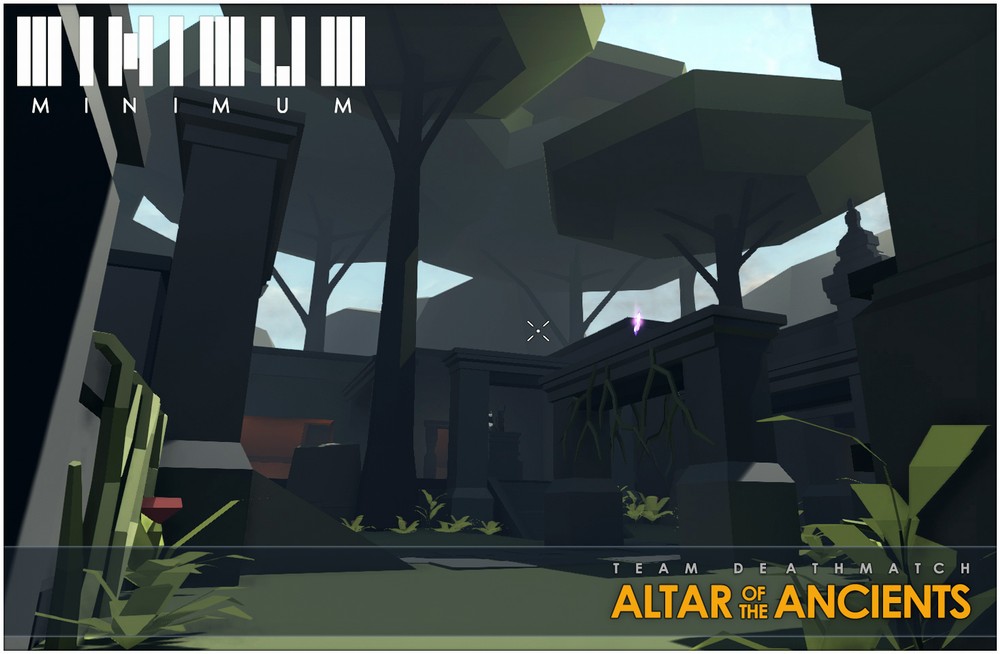 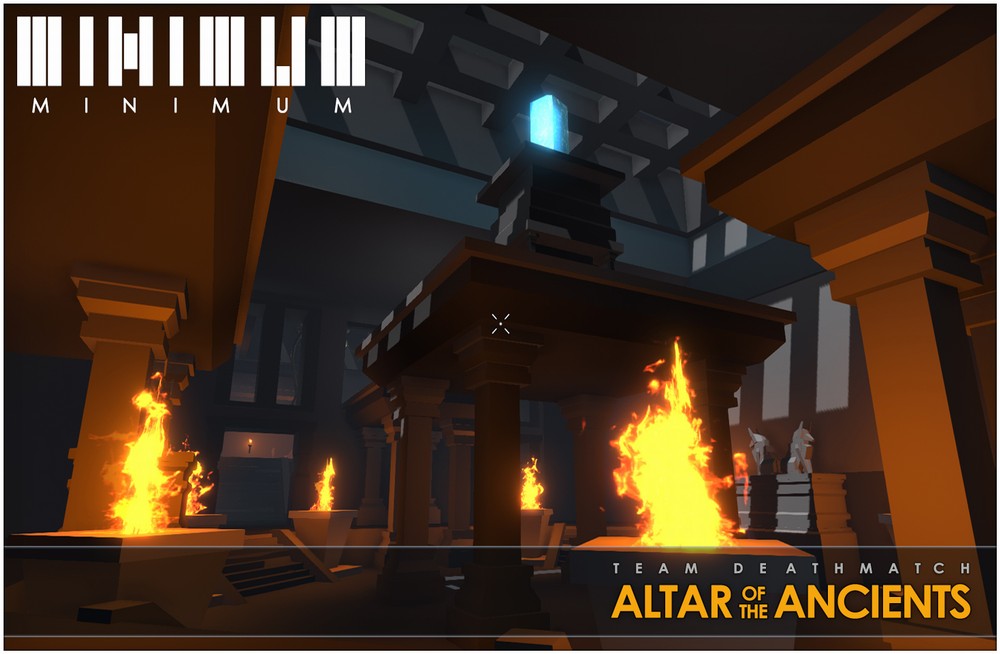 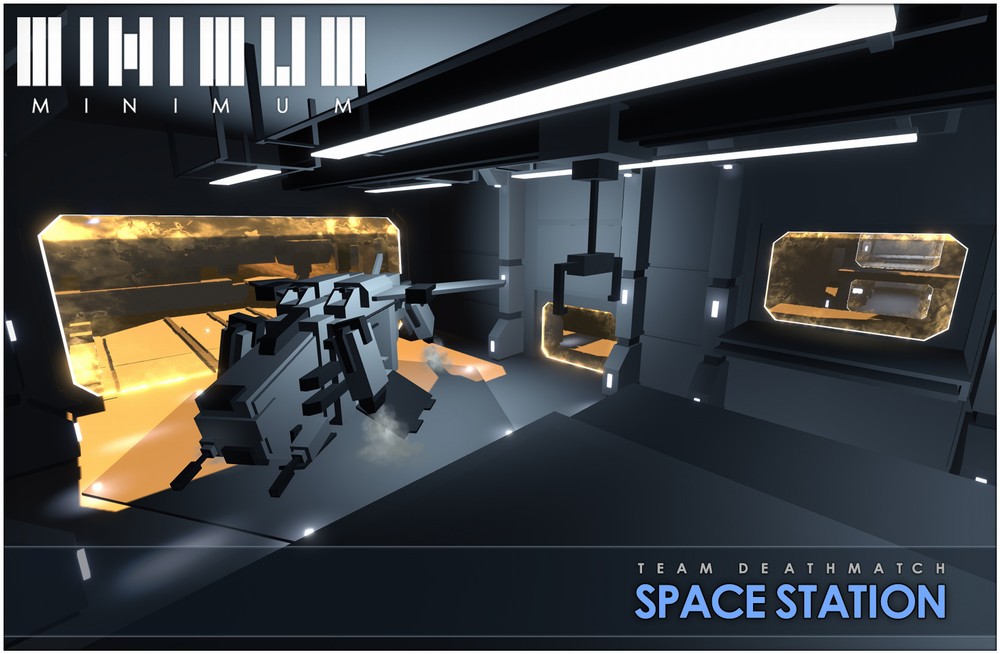 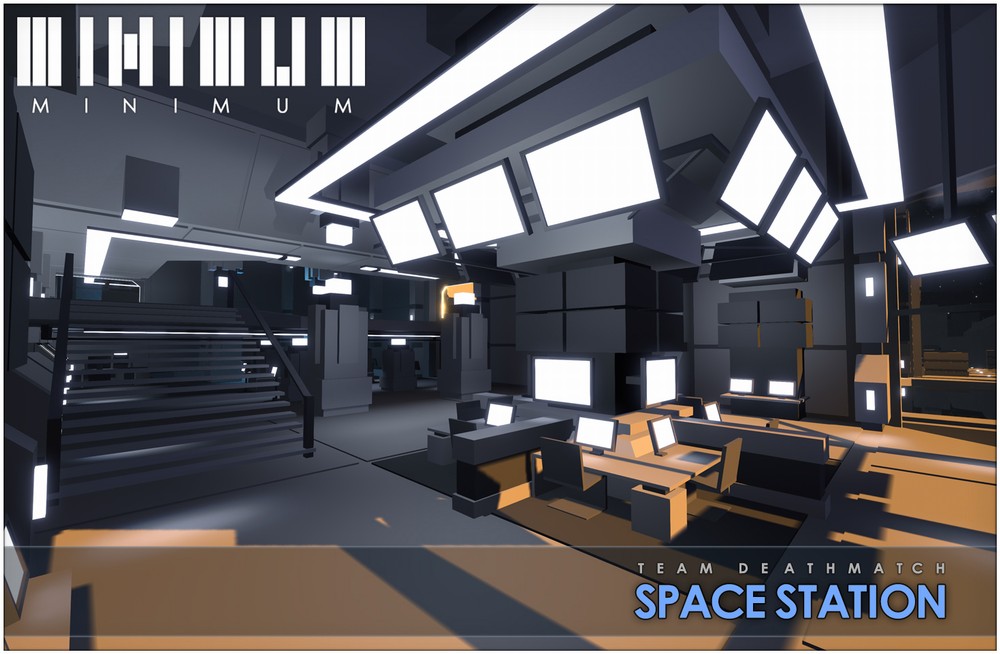 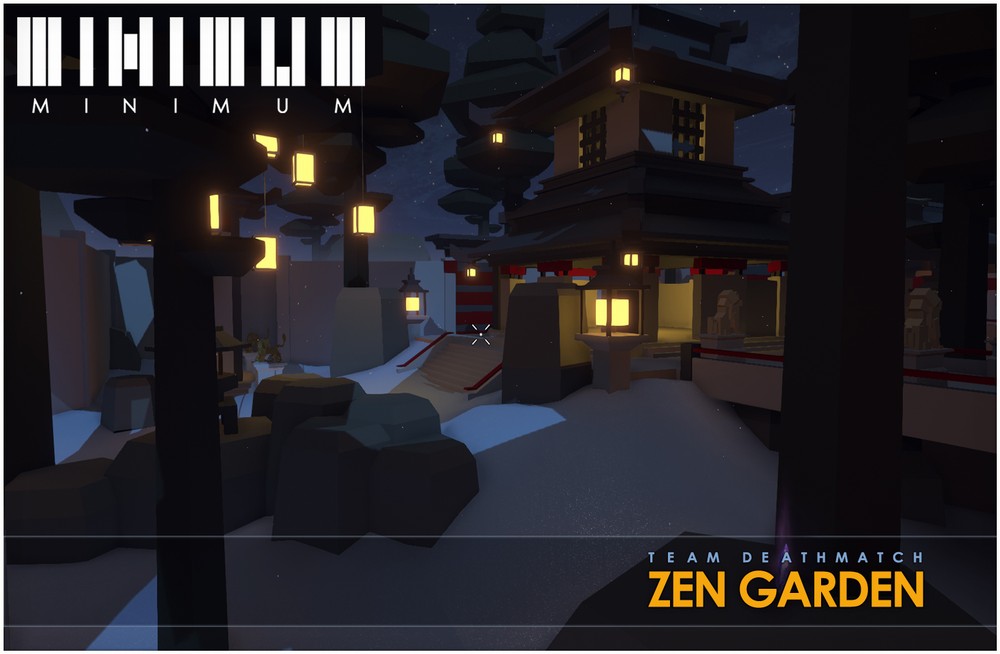 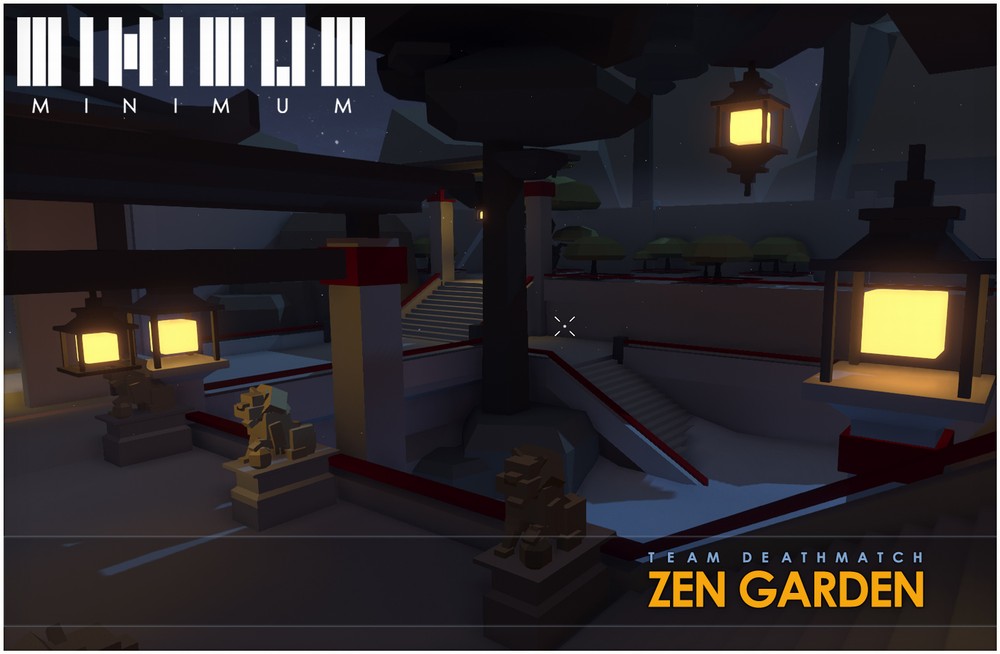 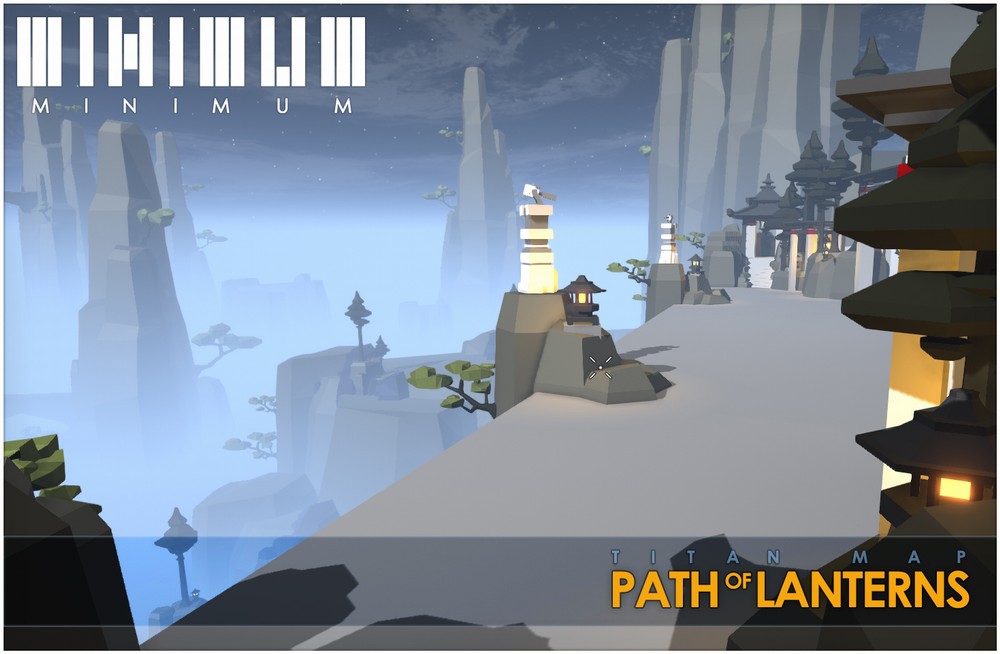 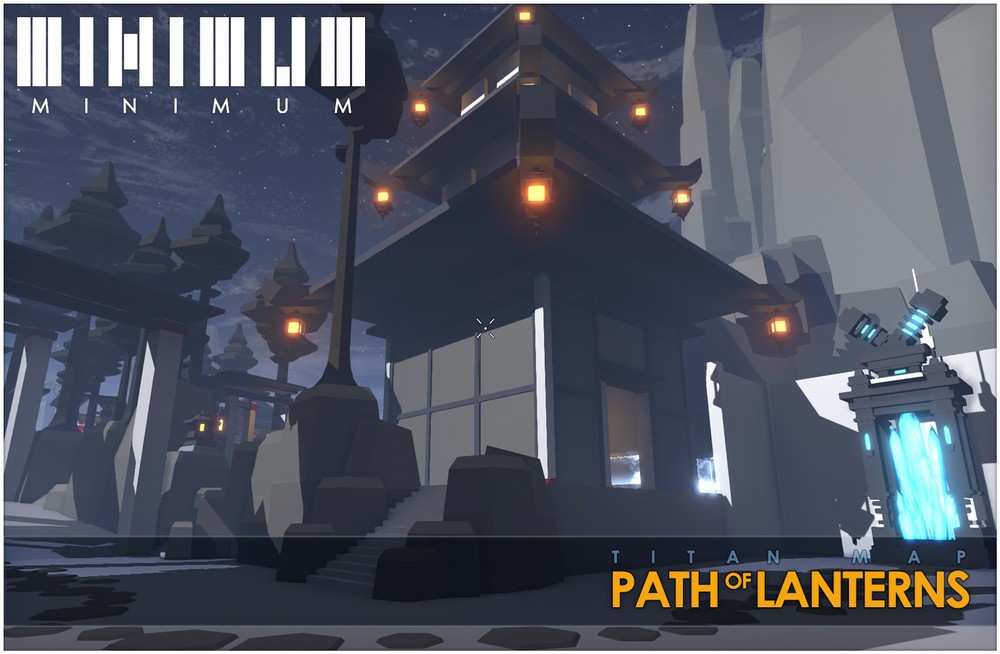