Easy to get into, addictive enough to keep you trying, even after dying many, many times.

Combination of perma-death, one-hit kill, and high level of difficulty make for a frustrating game.

The concept behind Flat Earth Games’ cyberpunk, top-down, stealth-assassination game is pretty simple: make money by killing people and not getting caught. Though the concept is simple and straightforward, the execution of that goal is anything but simple.

The controls are going to be familiar to people who were fans of games like Hotline: Miami or other top-down control schemes where you can be walking in one direction but aiming in another. You start by locating a contact who will supply you with a hit contract. The reward of the hit increases as more difficulties are added, such as a time limit, whether or not the hit is armed, etc. Once you have your contract, your compass will point you in the direction of the person you are supposed to kill.

Once you locate that person, you have to kill them. But you have to do it in such a way that the street security cameras, roaming pedestrians, or overhead police drones don’t catch you in the act. If they do, you’ll be hunted. You can evade the police once you’ve been identified, but getting shot once will end your run and start you back at the beginning of the game with nothing. 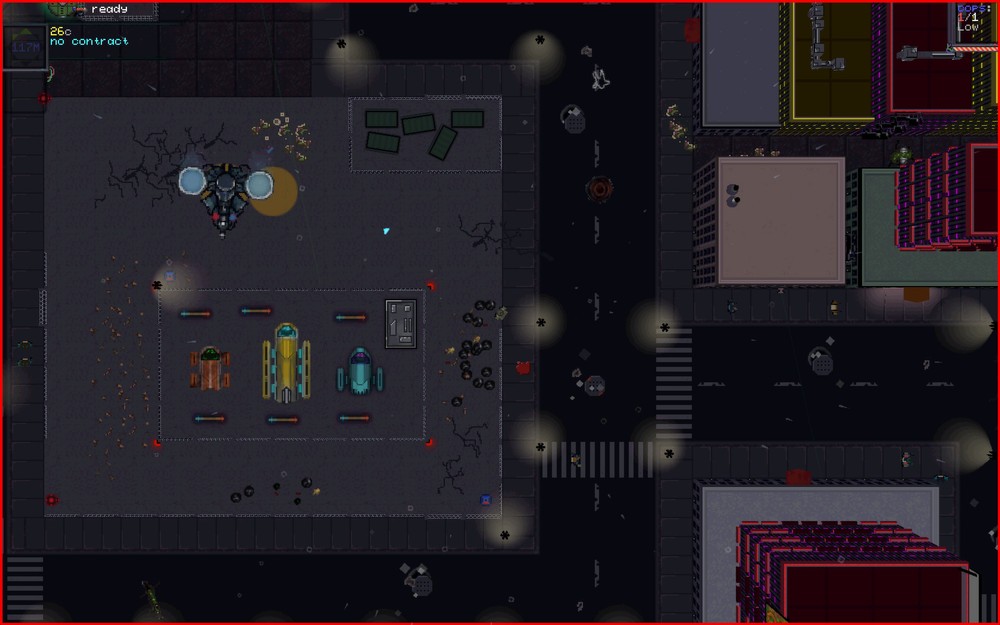 The game is very retro with a simplistic 8-bit visual style and a really nice ambient sound system that makes you feel like you’re looking down on a dirty, dystopian future-city. This style has been really revitalized in the last couple of years, especially with indie teams that choose to go for content over blockbuster graphics. One of the frustrations of this game, though, comes when one of your main goals is to avoid committing acts of homicide in front of other people, but the people are sometimes hard to discern from the background due to the blocky, simplistic design of the character sprites.

Another problem I have with the game is that you have to tail your victims on their seemingly random route through the city and wait for the right moment to strike, which can sometimes take a long time. And even when you think you’ve found just the right moment, there’s no telling when an armed citizen might pop out of a doorway and witness you standing over the body of your victim and start shooting.

I was pleasantly surprised by some of the AI programming, however. I once took out my contract in the street and was seen by a gangster across the street that I hadn’t noticed, who then began shooting at me. As he was shooting and I was running away down an alleyway, a passing police drone saw the gangster and the dead body and identified him as the suspect in the murder. So, that was a nice little surprise for me that it was able to make something like that happen.

The learning curve is very steep for this game, and it is almost frustratingly difficult, especially considering that it only takes one mistake to end your career as a contract killer and start you back over from the beginning. 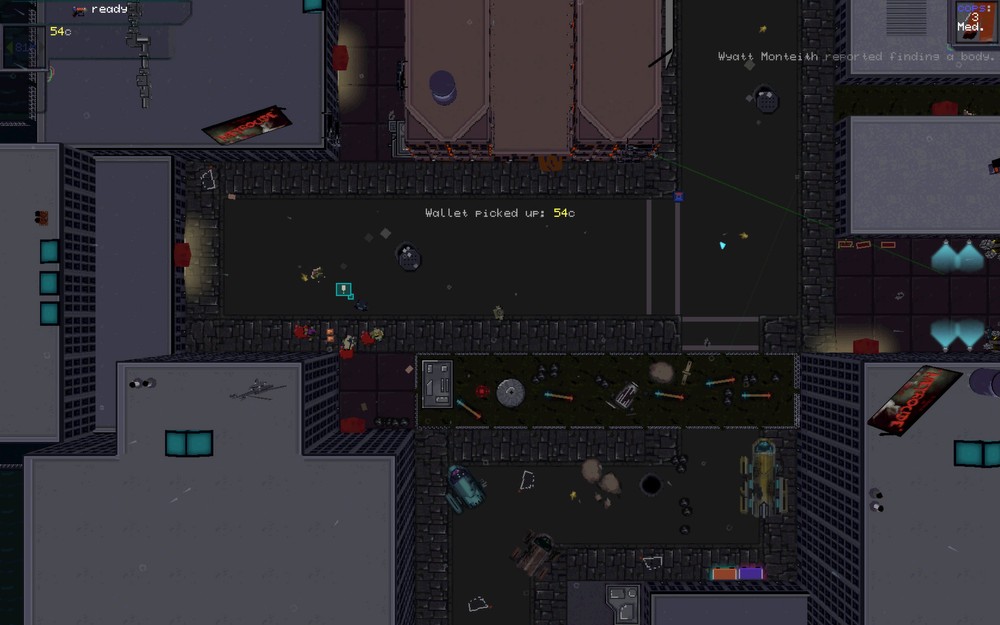 The end goal of the game seems to be to earn enough money to buy passage through each progressive portion of the city and unlocking various weapons and abilities that make killing your marks a little bit easier. One thing I learned in the early game that helped me get past my first couple kills was that it is good to hit and run. Sticking around for any length of time to either try and pick up whatever extra money the victim may drop, or to clean up the body to get rid of the evidence of your kill are much too risky propositions and only increase the likelihood of you getting caught. Usually, when I would just get the kill and leave the scene, the patrolling police were too late to catch me anywhere near the body.

Ultimately, this game is very hard and very repetitive. It rewards the patient killer. I would absolutely love that if it weren’t for the fact that there are no indicators of where your target may go, so you’re just following a target that randomly chooses its direction through the city and you have to wait seemingly forever sometimes for just the right moment to strike. There’s no real opportunity to plan ahead and wait for your target to come to you by learning their habits or anything like that, unless I’m just not keen enough of an observer to see that there is anything like that in the game.

Also,  you are not, as far as I’m aware, given the ability to enter any of the buildings that line the streets. You get to see all these rooftops of buildings that would be a great place to go up and snipe down on an unsuspecting target, but you can’t get to them. Sure, you’d still have to worry about being spotted by passing police drones or other flying vehicles, but the roaming civilians would be less of an issue.

Basically, I would like to be given a little more variety in the way that I can go about dispatching my targets, but it seems that you are left to track them indefinitely until you have enough time to take the chance and get away before you’re spotted. 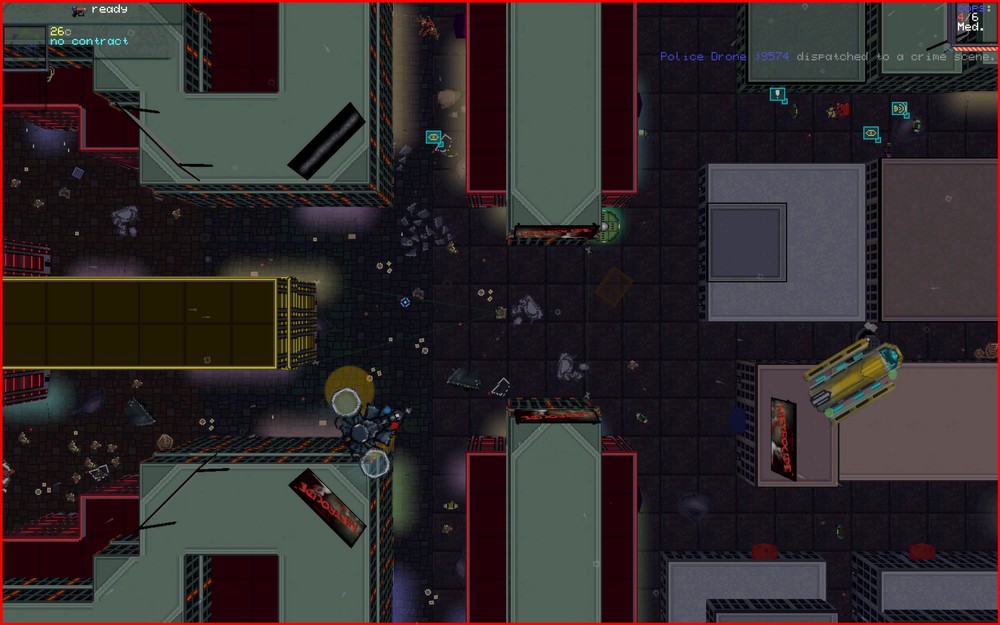 Conceptually, I think the game is on to something. I’ve always loved the idea of an assassin game, especially one that rewards patience, but I feel like this one is too oversimplified with not enough variety or choice, especially in the beginning of the game, in how to go about the jobs to make it feel truly rewarding when you get away with murder. Later on, as you progress and make more money, you can unlock and purchase better weapons, explosives, distraction devices and lures, which allow you to kill your victims with a little more creativity and ease, but I still feel like there could be more. Like I said before, maybe the ability to get into the buildings or on the rooftops. There is also a distinct lack of ground transportation in the game. There are streets, but other than pedestrians, they are devoid of traffic. Perhaps if there were cars driving around, we could push our victim in front of a car and kill them in a way that looked like an accident. Or we could commandeer a vehicle and run them over ourselves.

In my opinion, if a game is going to go for the simplistic graphical style of an 8-bit game, it needs to make up for it with depth in some other area, and there does not seem to be any depth to this game at all. Aside from unlockable weapons and tools and a few different maps, the game does not really change from that very first contract. There is no story to speak of either, other than you are trying to earn enough money to buy your way out of the city. Simple as that. No character development or any kind of depth that would engage the player to find out what happens next.

Overall, I think that there is a baseline decent game hiding within the concept of what is Metrocide, but I think that it falls short in its current form. I realize that this is not a full-priced game, and perhaps I should lower my expectations of it. After all, it is basically fun. But, I feel like it could be so much more fun if just a few extra features were implemented. Just a little more depth. Either more of a story, or more options when it comes to how you go about killing your targets, rather than just different guns and a few different tools to help avoid detection.  I’d say it would be worth checking out if, after reading everything I’ve said above, you’re still interested in the game. 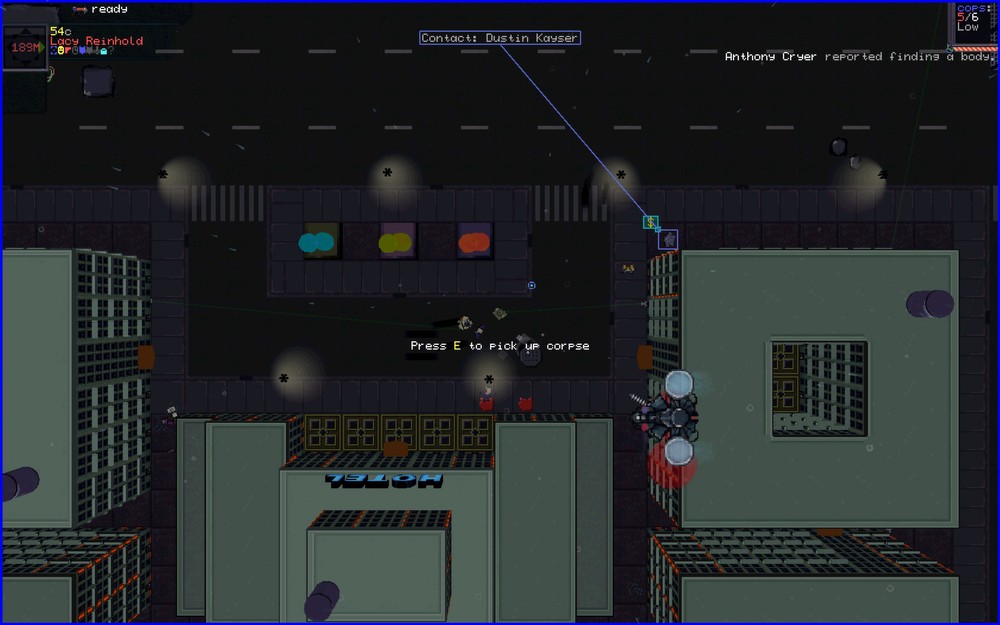 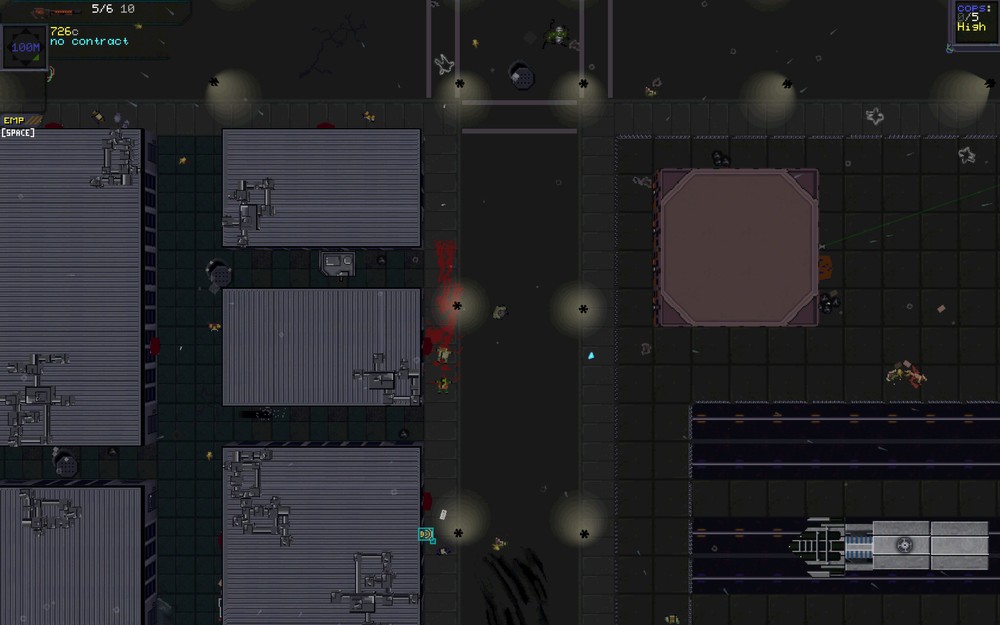 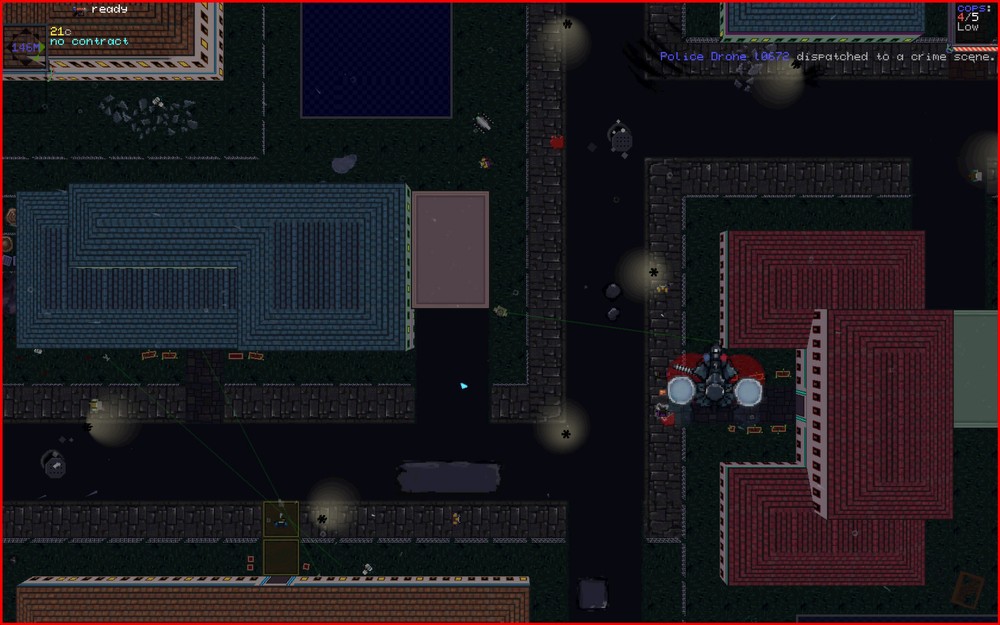