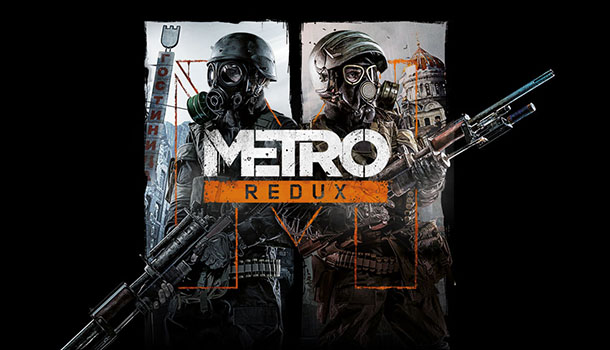 Last Light improvements not quite as obvious
Difficult in some areas, even on normal setting
Lots of scavenging and scarce ammo/items in Metro 2033 - improved in Last Light.

Two of the best FPS games of the last-generation masterfully upgraded for the next.

It was merely a year ago that uncertainty made me wonder if the Metro series would get its sequel after the unfortunate closure of THQ. We did thankfully get Metro: Last Light and it turned out to be a wonderful, yet not as intense, experience as its predecessor. Metro 2033 and Metro: Last Light are both among my list of favorite FPS titles of all time as they both contained a great story, intense moments and gorgeously bleak environments, so I was thrilled to find out that both games were getting the next-gen treatment for PC in the form of Metro Redux.

For those not already familiar with the series, I’ll lay down some backstory. Both Metro 2033 Redux and Metro: Last Light Redux are based upon the books by Russian author Dmitry Glukhovsky and tells the story of one Metro Station dweller, Artyom, an orphan surviving in the shattered subway of a post-apocalyptic Moscow. Metro Redux is the accumulative story of intensive underground and surface survival where the fate of mankind rests in you, the player’s hand, as you encounter a mysterious race known as the Dark Ones.

The surface world is toxically in shambles and the tunnels which you will spend a good deal of time in are haunted with residual memories, eerie children’s voices and eight-foot long mutant rats. To make things worse human nature rears its ugly head as you have to join in on the conflict of the warring factions: Red Line, Hansa, the Reich and the Rangers for survival. As Artyom, you end up aligning yourself with the Rangers through the initial but brief encounter with Hunter in Metro 2033 Redux’s opening moments. 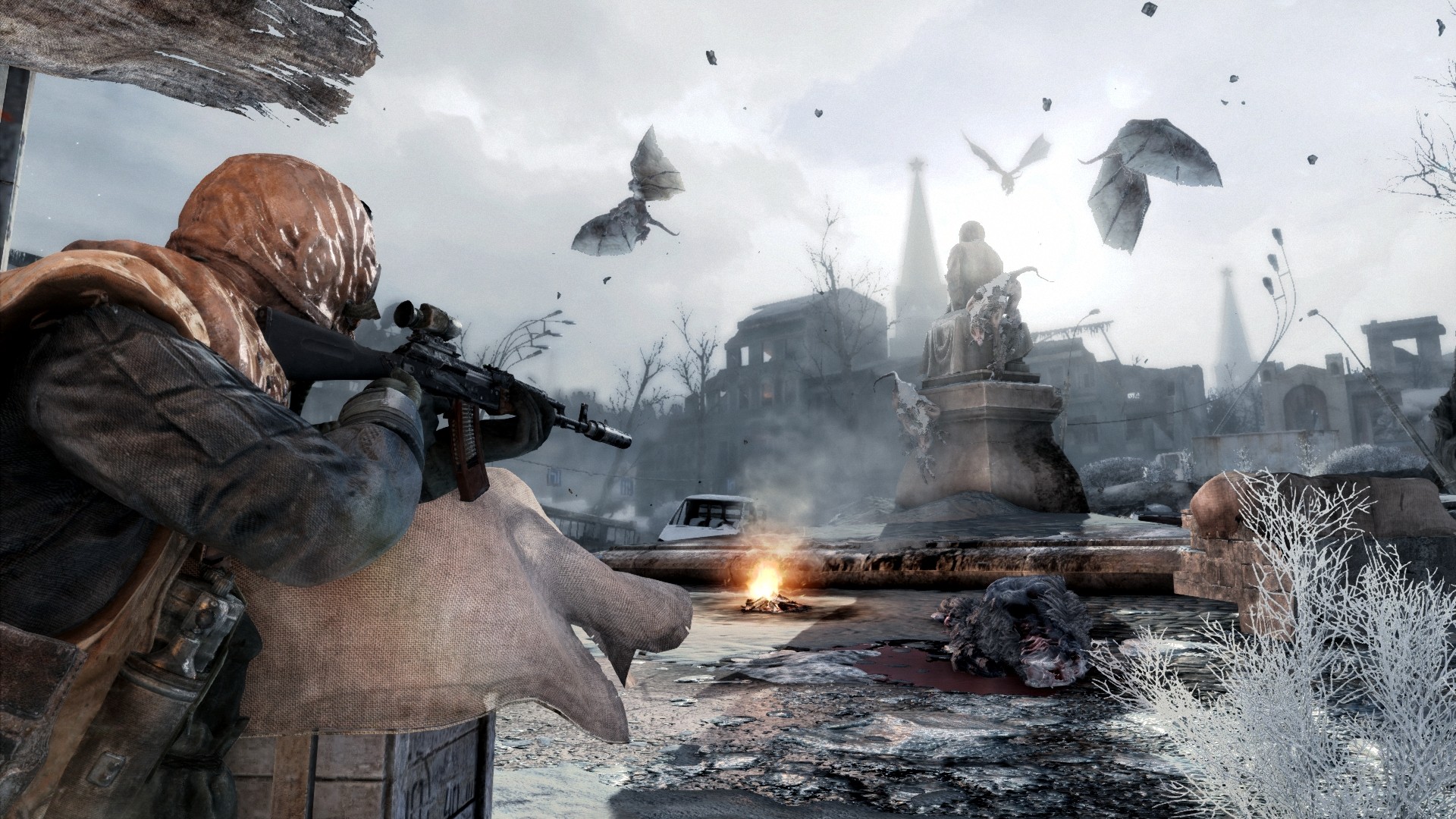 One of my favorite things about this series is that Artyom is always at odds with his decisions that you make as you journey through the story particularly with 2033’s canonical ending. There are two possible endings to the first game though the “Ranger” ending is the one that Metro: Last Light is based off. Both games also feature a hidden moral point system which has an effect on the endings as well. Something as little as listening to a conversation to completion or taking ammo out of an altar has a positive or negative effect on the ending. You’ll know when you’ve done something good or bad by the screen briefly lighting up blue or darkening with the accompanying noise of whispers or ominous sounds respectively.

Story aside Metro Redux offers veteran and newcomers alike to experience the definitive collection of everything Metro. Each game offers 10-12 hours of single player campaign. Last Light Redux also comes with another 10 hours of bonus content including single-player campaign missions via the included Factions, Developer and Chronicles Packs and challenge modes via the Tower Pack. One of the nice features of the Redux versions is that some levels like Dead City have been extended for a more cohesive story presentation in the long run instead of being broken up like before.

Both games also come included with their previously released preordered bonuses, and extra goodies and more importantly the added infamous and legendary Ranger Modes. Ranger Mode for those new to the series was a major gripe for players especially with Last Light’s release as it cost anyone who didn’t preorder the game or purchase the initial Limited Edition versions $5 bucks out of their pocket to get. Ranger Mode offers players the ultimate Metro challenge in two forms: Ranger and Ranger Hardcore. In both modes combat is deadlier and already scarce resources (2033 Redux) are even harder to come by. The only difference between them is that Ranger has no HUD and a limited UI showing you interaction points while Ranger Hardcore has neither opting for the most realistic experience possible. 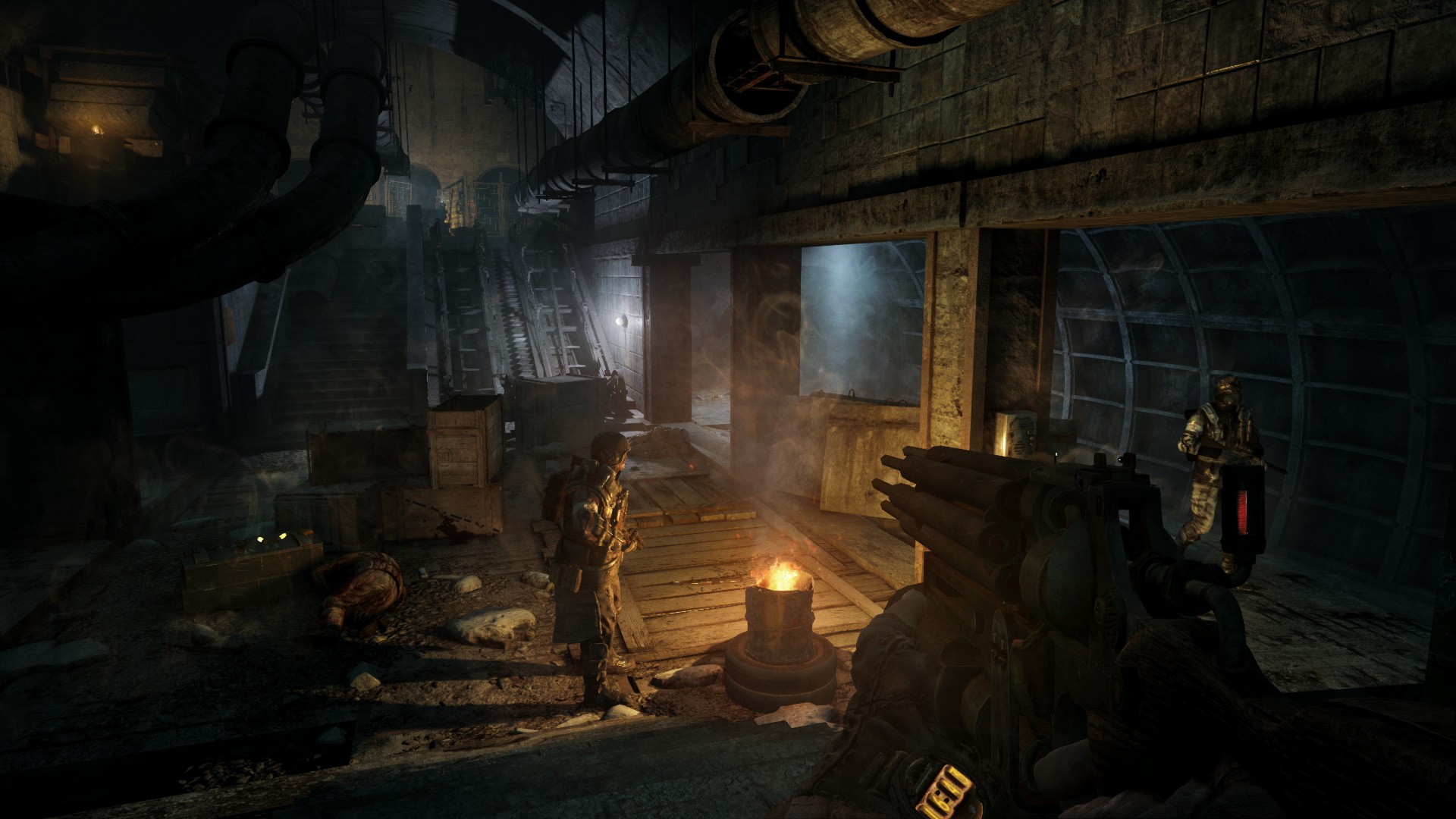 While both Metro 2033 and Metro: Last Light both got their Redux overhaul with the newly upgraded 4A Engine it is the original 2033 that benefitted the most in this collection. While most of these benefits are graphical in nature, which I’ll cover in a bit, there are plenty of enhancements brought over from Last Light. Chief among these are better character AI, better weapon handling and animation including that of Artyom himself. For those that don’t like the slow burn ‘Survival’ gameplay of Metro 2033 you can opt to choose Last Light’s more action packed ‘Spartan’ experience when starting out. Fair warning though, once you start playing you can’t change the difficulty unless you want to start all over from the beginning. The same can be done for Last Light for veterans who don’t like its run and gun style of gameplay.

As I played Metro 2033 Redux in Spartan mode I really liked the fact that when you play there are subtle differences like Artyom’s analog watch being replaced with Last Light’s digital watch as well as the more obvious ones. I tried out both styles in each of the games and while Spartan can be a lot of fun the Survival option just seems more true to the source material as this is a game about surviving the harsh aftermath of a Great War(World War) after all. Plus I seem to be a glutton for pain when it comes to video games.

As I mentioned before Metro 2033 Redux benefited the most from this release as the four year old game has been rebuilt to match the updated look of Last Light. I really enjoyed the all new dynamic weather effects and lighting as well as all new physics in the case of the explosions or knocking over things in the world. Metro 2033 when it first came out was rather demanding graphically speaking for the time and my system was capable of running it on almost max settings. These new versions are now capable of being run of lower end PCs thanks to the reworked engine. I decided to play parts of both versions of 2033 in comparison and the differences are quite astounding. 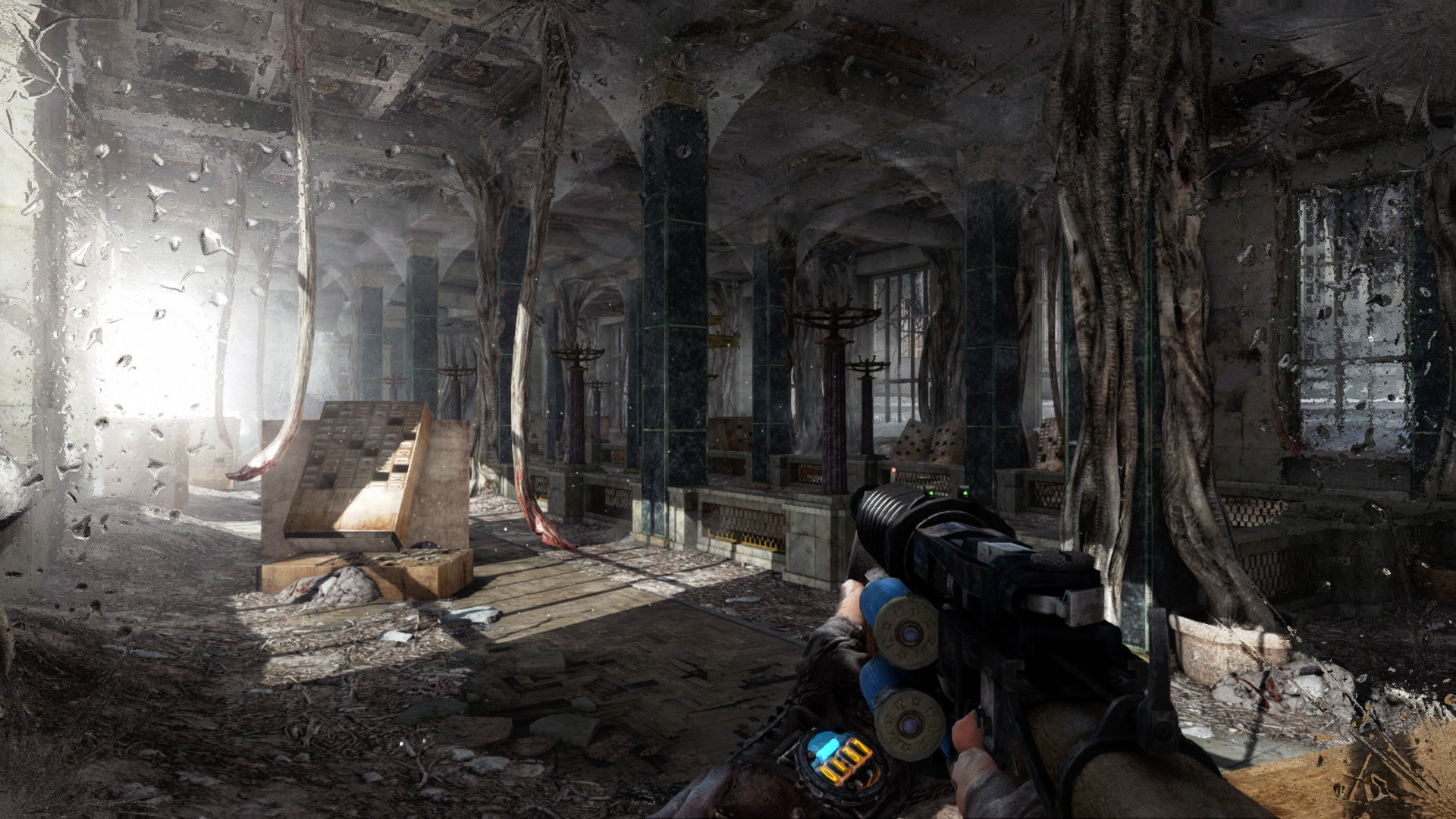 If I wasn’t getting two fantastic games for about $25 bucks each in this bundle, I would find it a little hard to justify buying the Metro: Last Light again as the improvements are not as noticeable though with all the DLC included in the Redux version it’s a better deal. The one major point for PC gamers is that both games are 4K supported this time around for absolutely stunning visuals all while running at 60FPS.

The graphics weren’t the only area to get a touch-up as the audio of both game received a substantial update in the voice acting department for a more uniform effect, especially with returning characters. The rest of Metro Redux’s audio is just as solid as they were in their original versions right down to the creepy ambient effects. The weapons effects, especially in Metro 2033 Redux, seem a lot clearer than before, which is good since I found some to be lacking the first time around. There are a lot of little creepy effects like the disembodied voices of children or victims of the nuclear attack that left Moscow devastated that are used to great effect to really ramp up the tension and to reinforce the desperation of the situation that the survivors are faced with.

To top it all off both games feature a stark but beautifully foreboding soundtrack that just embodies and reinforces the dark and somewhat depressing nature of the games. There are some more uplifting songs heard throughout like the waltz like song during the Dry level in 2033. Among my favorite pieces is what is known by many as Khan’s Theme and heard most prominently in the Ghost Tunnel level. The slow guitar strums and what I can only describe as deep percussions is both soothing and eerie at the same time. When it comes right down to it the overall atmosphere of Metro Redux is really just amazing from start to finish. 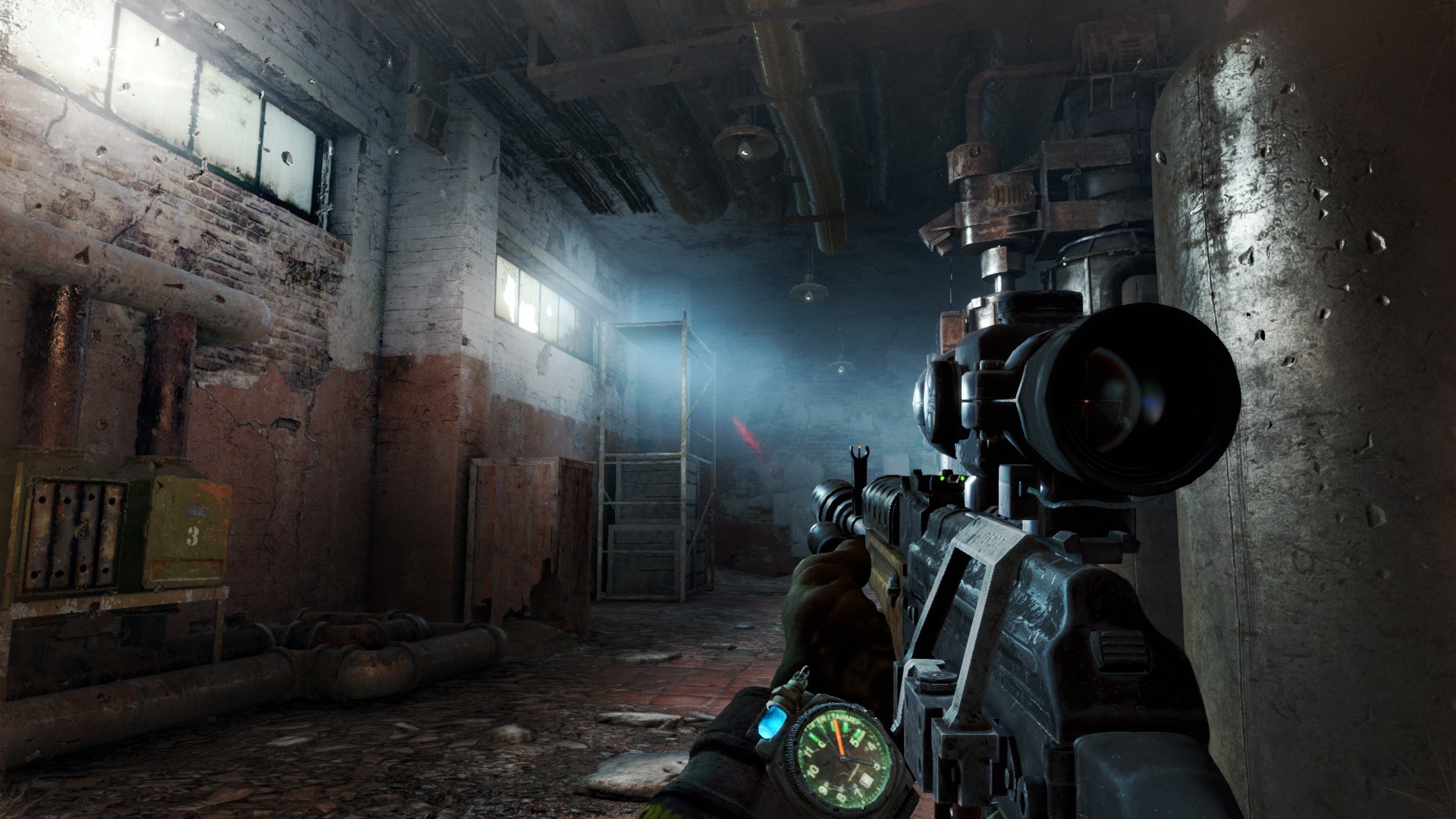 One of the Metro franchise’s more endearing qualities for me is that both games completely lack a multiplayer mode. The fact that Last Light didn’t have one shoehorned in like the second Bioshock did is proof that the series can survive on the story’s merit alone. Sure there are leaderboards incorporated into some of Last Light’s DLC but the game remains solely a single-player experience. Metro 2033 Redux doesn’t offer much in the extras department but Metro: Last Light Redux more than makes for it with a slew of single-player missions most of which feature you playing as prominent characters other than Artyom like Pavel, Anna and Khan. There are also a few other random characters that you play as well and you get to see the events of Metro: Last Light Redux from their own perspectives, which is really cool and enhances Artyom’s story as a whole.

So in the end of my gameplay time with Metro Redux, one question remains. Is this new next-gen presentation worth your money or is it just another example of double dipping to make more money off an older title with a new coat of digital paint like so many recent HD remakes have done? Don’t get me wrong as those titles often looked great on the new console hardware but the PC versions if there was one still came off the winner in my book. Metro Redux luckily does not fit into the latter category and is absolutely worth every bit of the price. While Metro: Last Light Redux benefits mostly from all the DLC being included the real gem of this collection of awesome is Metro 2033 Redux. The difference that four years, new technology and a newly enhanced 4A engine is downright astounding to say the least and makes Metro 2033 Redux worth most of the $50 price tag alone.

If you haven’t had the chance to experience the Metro series now is the time to jump in, and if you love the originals as much as I do it’s well worth the price and the time spent to revisit the franchise again with this new release of Metro Redux for PC. 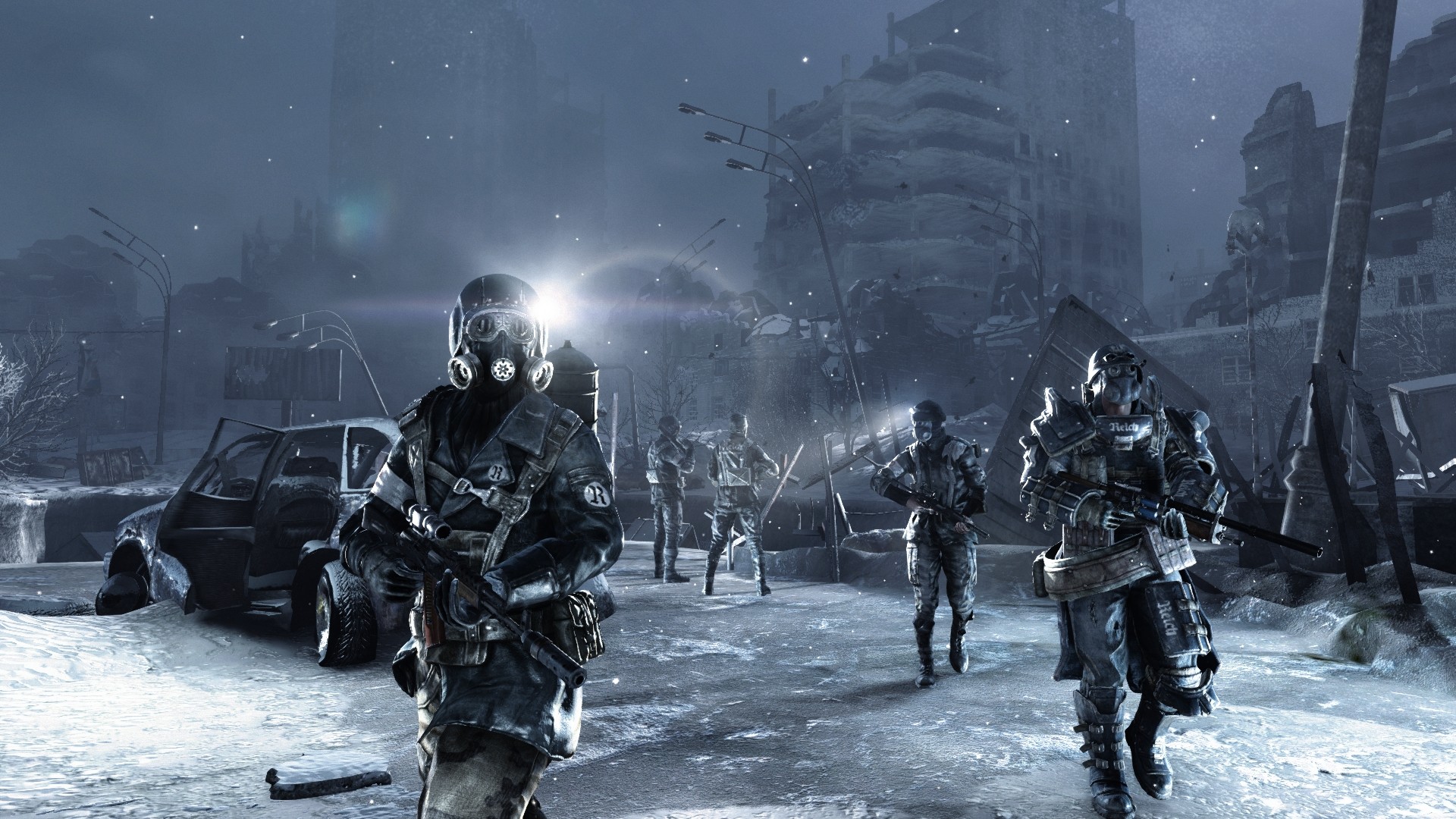 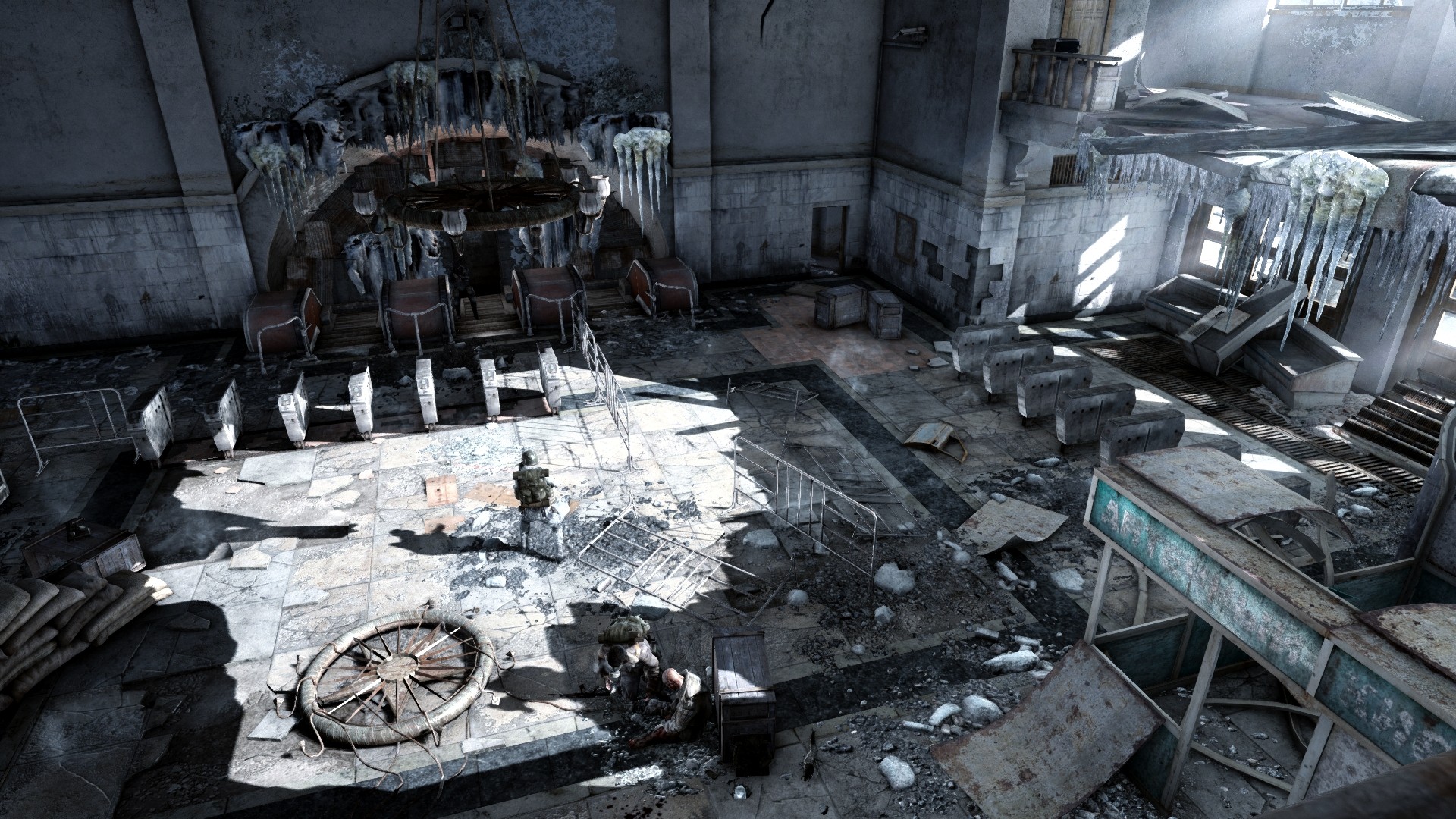 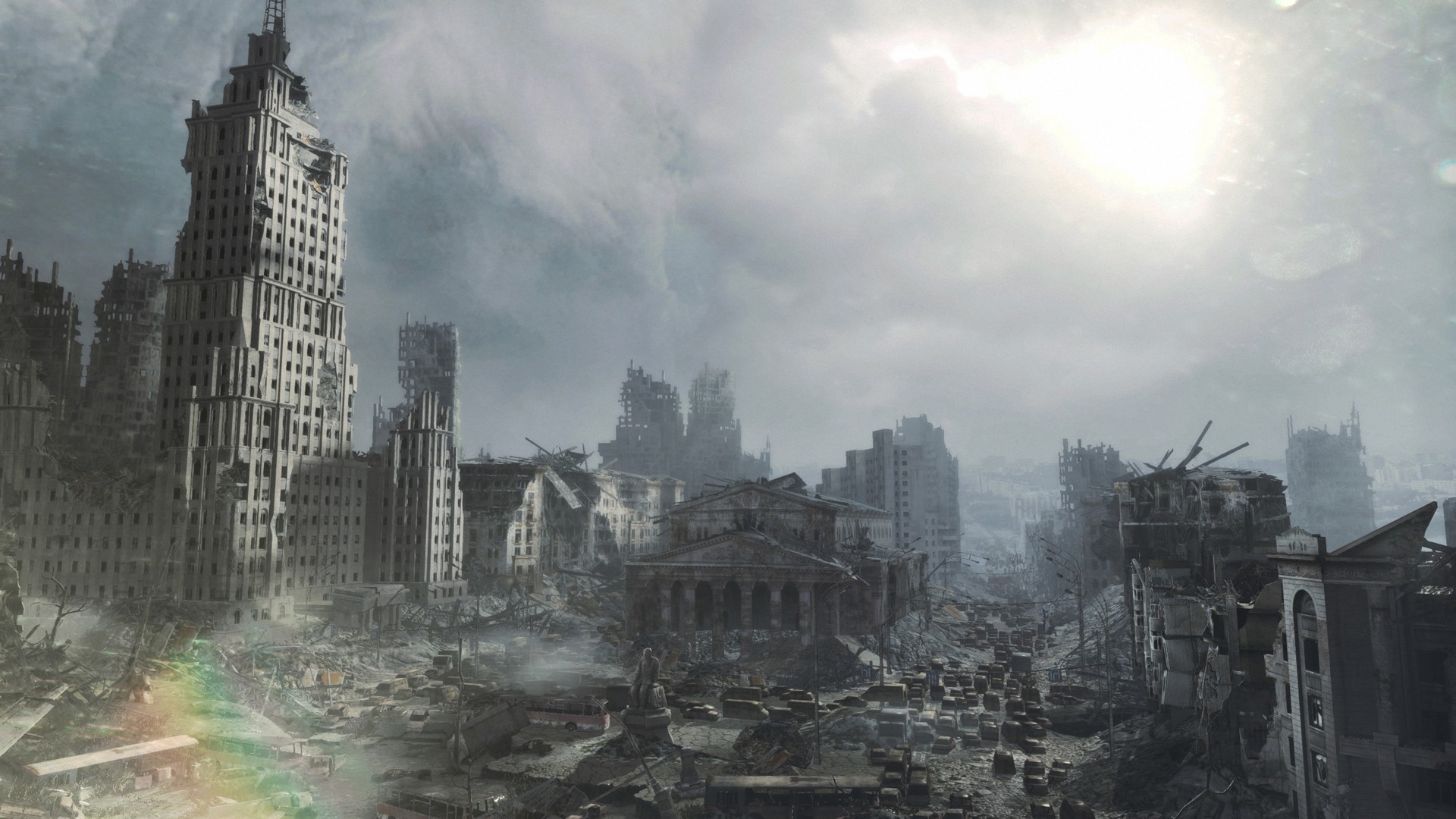 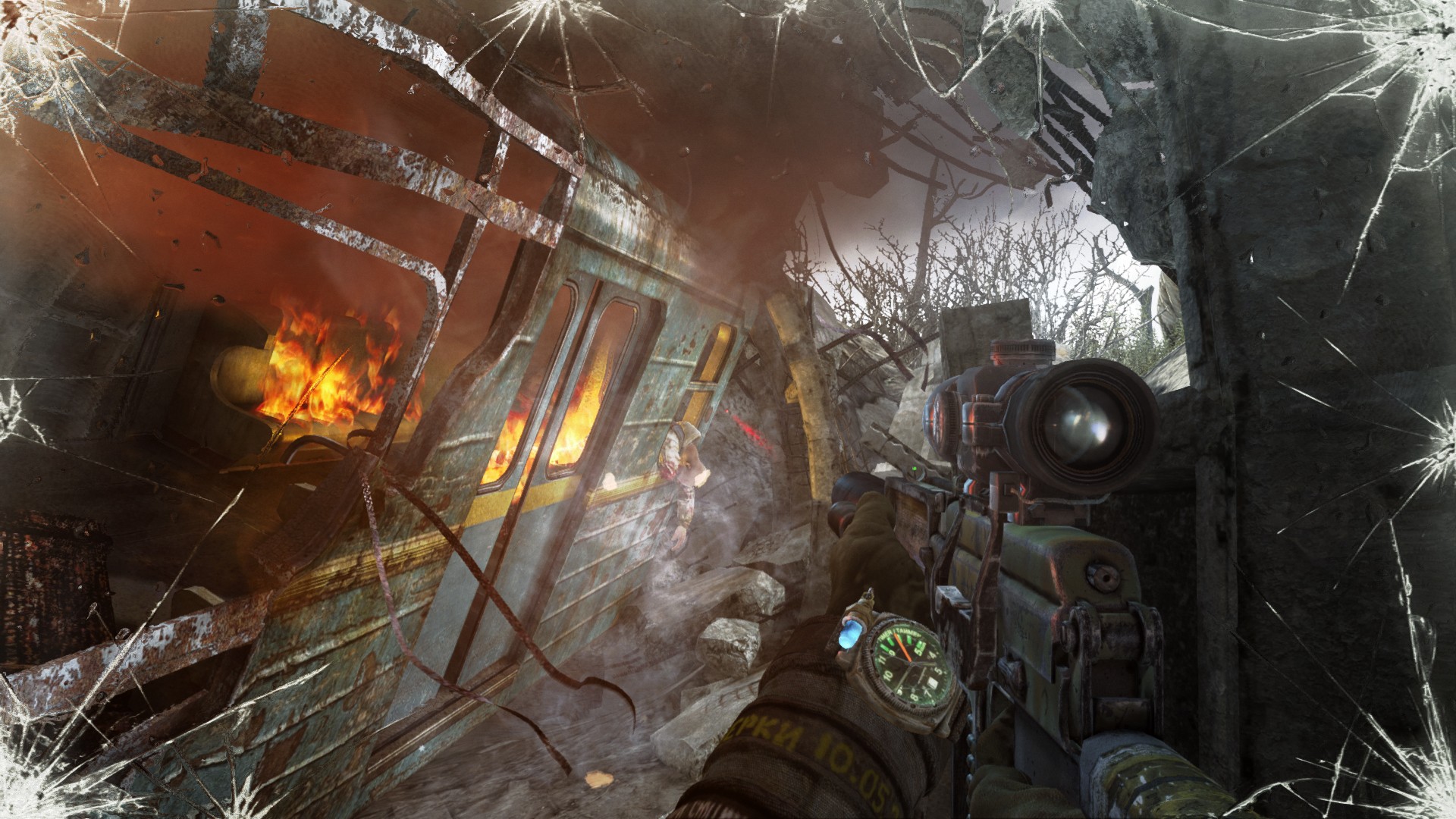 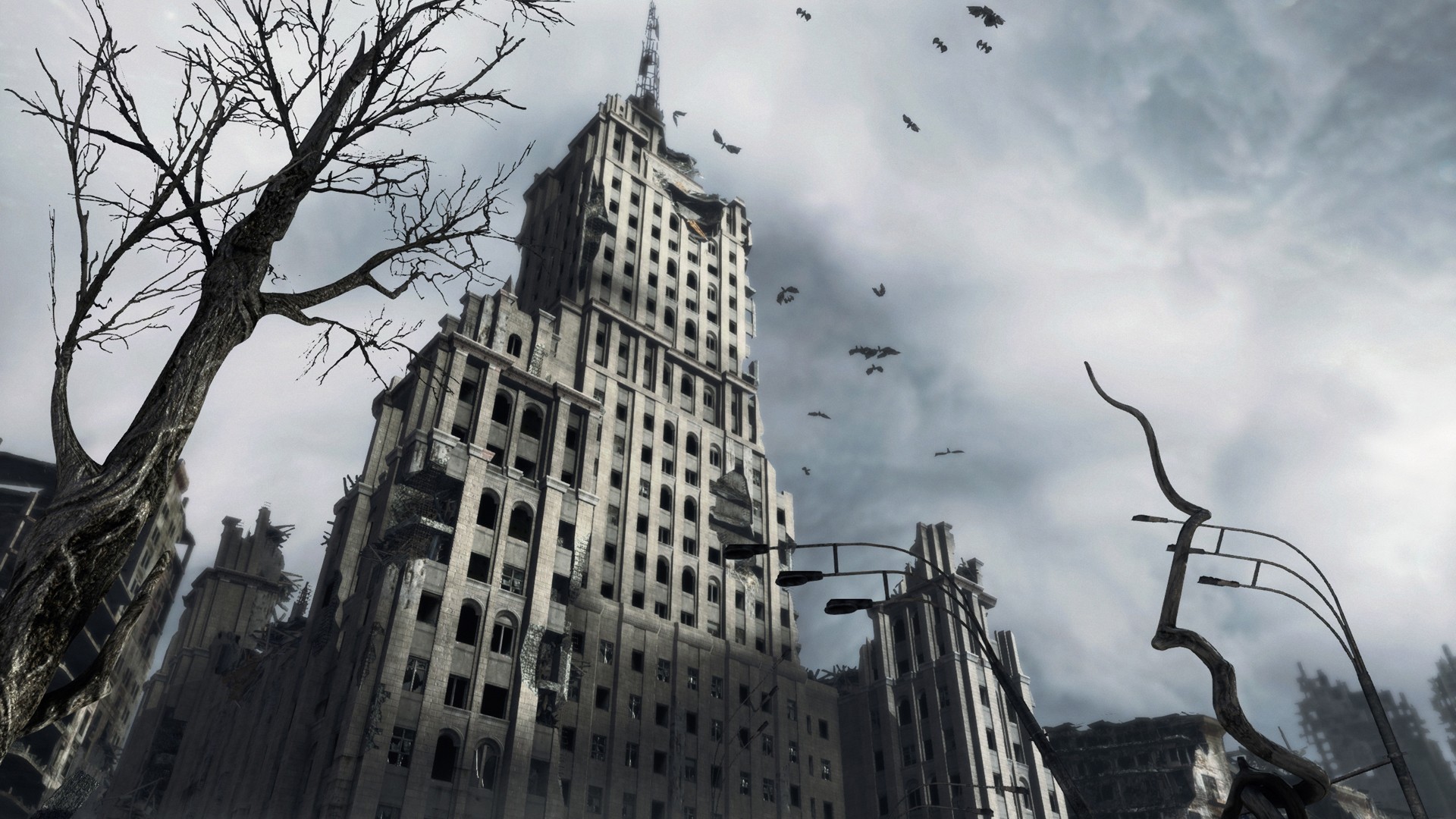 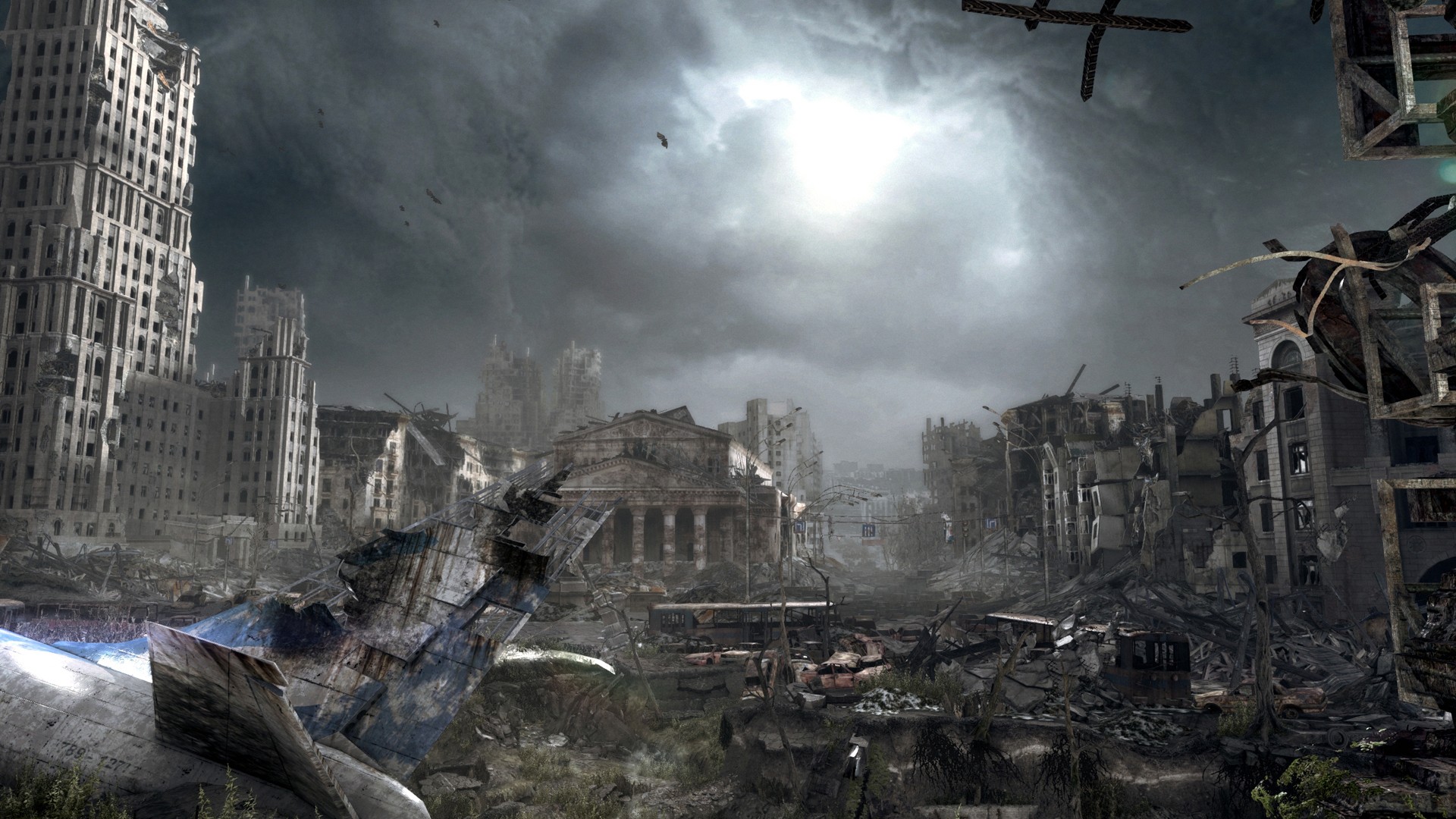