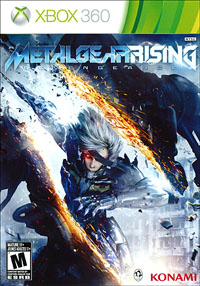 An amped up Asian-style fighting game that reminded me more of Ninja Gaiden 3 than anything with Solid Snake in it.

The Metal Gear franchise is one of my favorites in all of gaming. It was the first game to introduce true cinematic storytelling, implement true stealth gameplay, and who can resist all those infamously long cutscenes and preachy monologues. Solid Snake is one of the most iconic game characters in video games so when I learned he would not be appearing in Metal Gear Rising: Revengeance I had my doubts, and when I heard that the game was only 5-7 hours (shorter than the combined cutscene length from any other Metal Gear game) those doubts turned to concerns.

Snake is out and Raiden is in as the hero of this epic action-adventure. Fans of Ninja Gaiden, Dynasty Warriors, Onimusha, or any other hack-n-slash fighter will feel right at home with this in-your-face button masher. Gone are the stealth tactics and finesse of Snake sneaking onboard an enemy-controlled freighter or crawling through a snake-infested jungle. Raiden is a badass with a sword and he knows how to use it and so will you after the initial holo-deck tutorial and opening level. 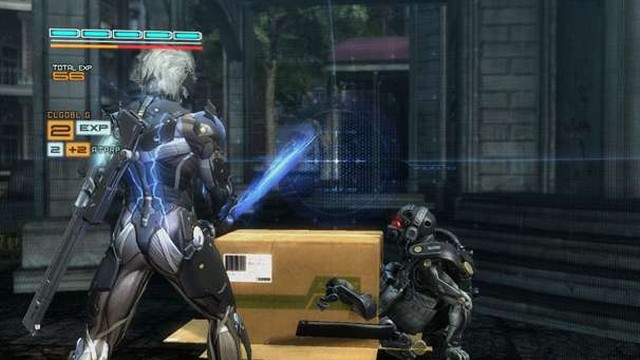 Much like previous Metal Gear games, story is king in Revengeance and the game effortlessly mixes cutscenes and gameplay so seamlessly you often feel that you are playing one giant interactive movie. Menus and interface are integrated into the game in a non-distracting way, and much like older games, if you want to save your game all you need to do is place a call to your handler who will save your progress while discussing politics and other philosophical topics. There are other characters available on your speed dial who will also provide you with valuable insight into your missions and the overall backstory of the game.

Revengeance is action-packed with more, “Holy crap! I can’t believe that just happened” moments than I’d care to count and features a nice variety of enemies and bosses that keep getting changed up every few minutes, which means you are always having to evolve your tactics; especially when they start mixing up the enemy types in group encounters. You might be fighting soldiers one minute then two-legged mechs with a mean punt kick the next or how about a taunting AI who looks like a wolf with a chainsaw mounted on his tail. And we’re just getting started. One of the very first encounters is a giant spider-like robot, and you’ll soon be facing off against other foes; even enemy attack copters that you must parkour your way up their stream of rockets to attack the chopper. 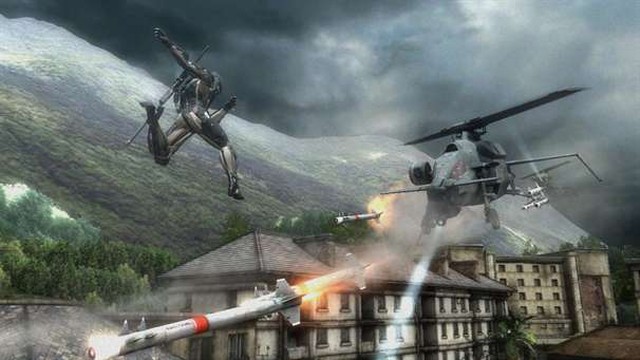 Combat is pretty slick with blocking and defensive dashing that all integrates into your sword play that can be done with X and Y for regular and strong attacks or you can hold down the trigger and actually draw your sword swipes using the right analog stick. Admittedly, the button combos are the only way to effectively master the numerous combos in the game but there is something delightfully elegant about carving your initials in the skin of your enemy using the stick during the slow-motion Blade Mode. During this slow-motion period is when you also have the opportunity to rip out your opponent’s spine and feast on the electrolytes to replenish your own health. Yes, it’s as gross as it sounds despite the spines being a neon electric blue, and the game even jokes about how obsessed our culture has become with over-the-top gory violence. The game goes one step further in asking you to cut off the hands of certain enemies to gather valuable intel that can be traded for upgrades between missions.

It’s not all about the sword though and Raiden will eventually gain access to other weapons, but using them can be problematic since they will actually get mapped to one of your normal attack buttons rendering your katana combos all but useless. It’s up to you to decide which weapons to use and how to use them. Weapon switching isn’t as seamless as the game wants it to be. You can clearly see the benefit of some weapons in certain situations, like using the sai to stun enemy cyborgs allowing you an easy finisher with the katana, but all the switching takes away from the effortless flow you know Raiden would otherwise have if you weren’t hampered by awkward controls. 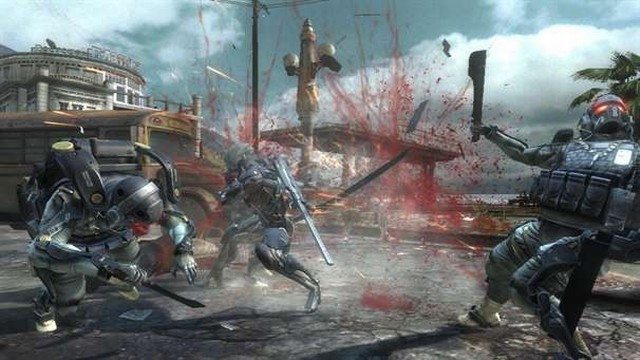 The presentation is polished with movies that look just as good as the gameplay (or vice versa), although the camera can get out of control in some of the more cramped environments unless you quickly master the use of the lock-on button (RB) so you can circle-strafe your opponent – a tactic vital to winning that aforementioned encounter with the chainsaw wolf who you must continually dodge and strike during momentary pauses in his attacks. There are cool visual effects like the HUD and screen overlays that include vision modes and onscreen navigation aids. The audio kicks ass just as much as the gameplay with outstanding effects, great voice acting, and some energetic music that achieves anthem level quality during some of the boss fights – were talking music with lyrics people!

I think I would have liked this game even more if it hadn’t had the name “Metal Gear” associated with it. That title comes with a certainly level of predisposed anticipation on characters, gameplay, and an overall style that simply wasn’t present here. Metal Gear Rising: Revengeance is an amped up Asian-style fighting game that reminded me more of Ninja Gaiden 3 than anything with Solid Snake in it. But that’s not to say this isn’t a great game…just one that defies expectations.

So start flexing those fingers and get ready for the ride of your life. It might only be six hours long but you’ll be riding this rollercoaster multiple times to experience everything this game and its DLC have to offer. Just leave your bandana and sniper rifle at home and start sharpening that sword. 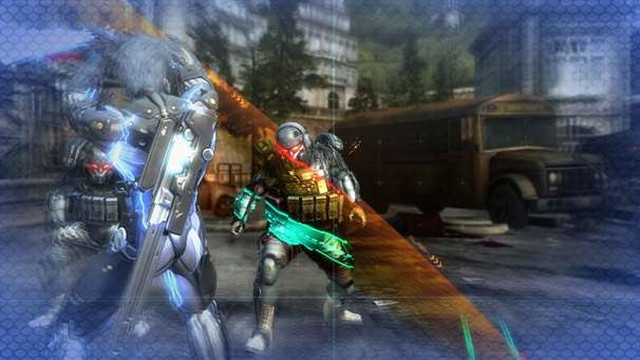 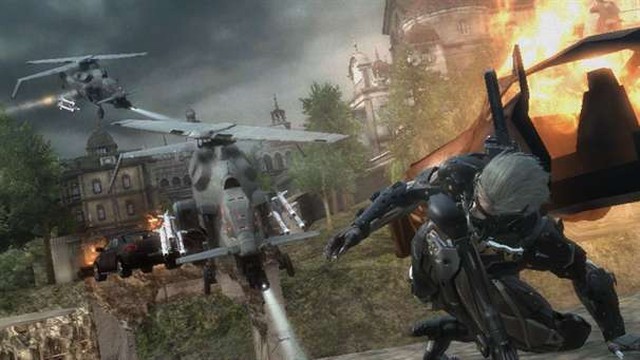 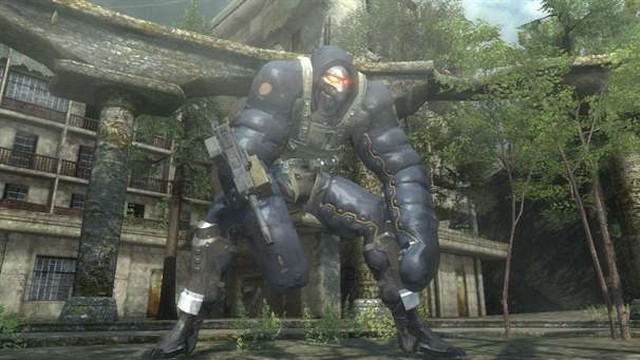 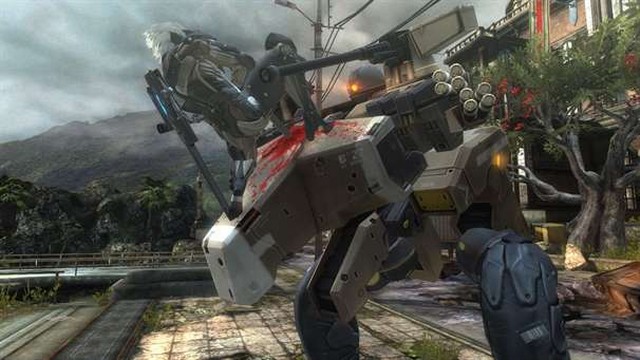 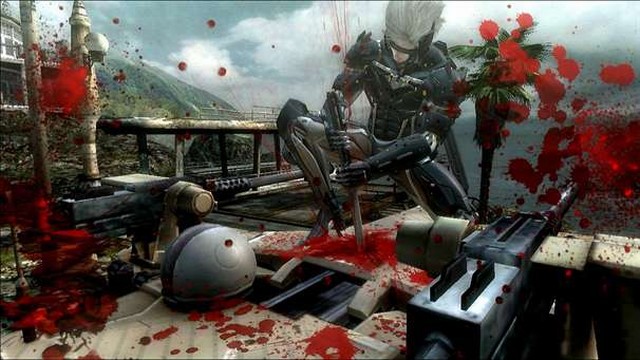 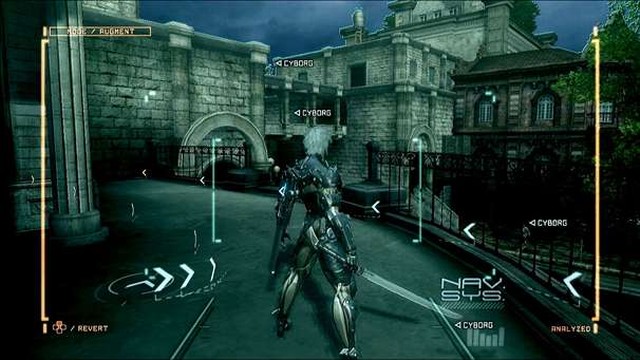 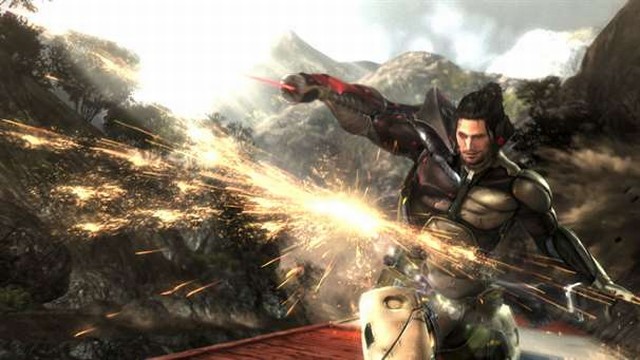 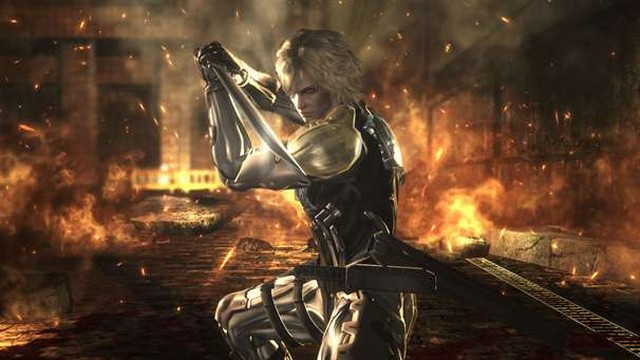 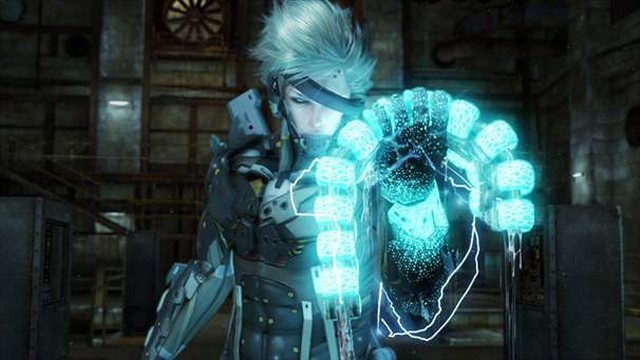 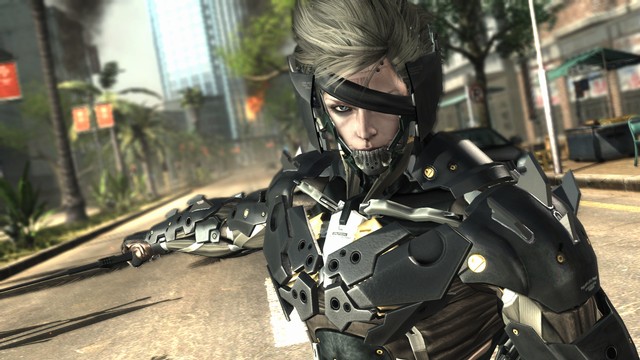 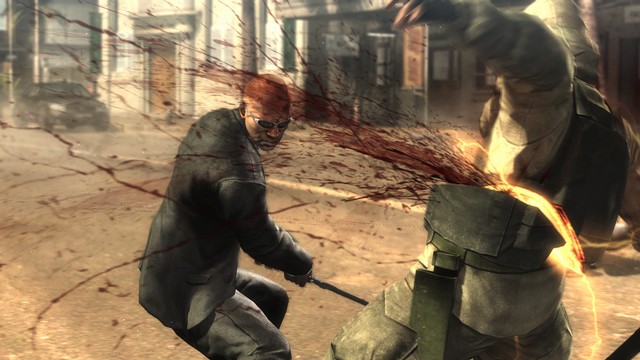 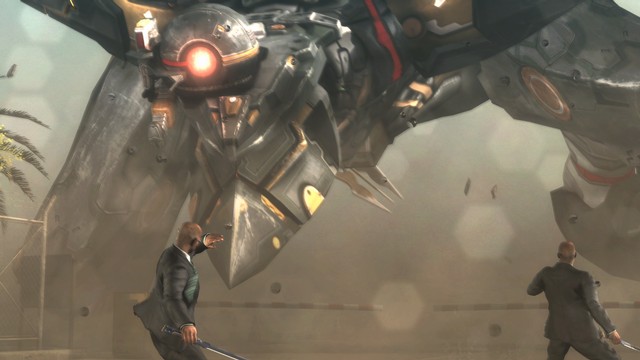 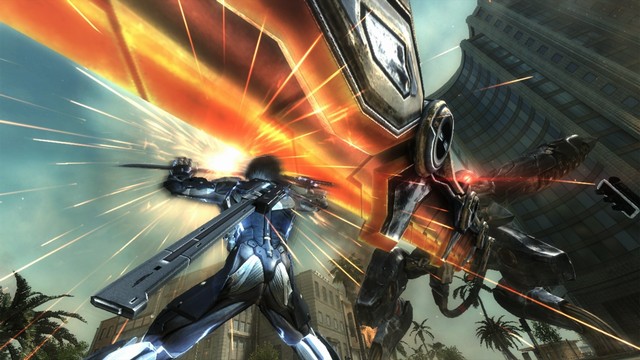 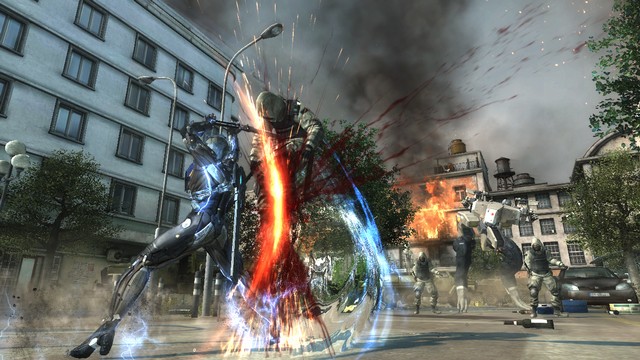 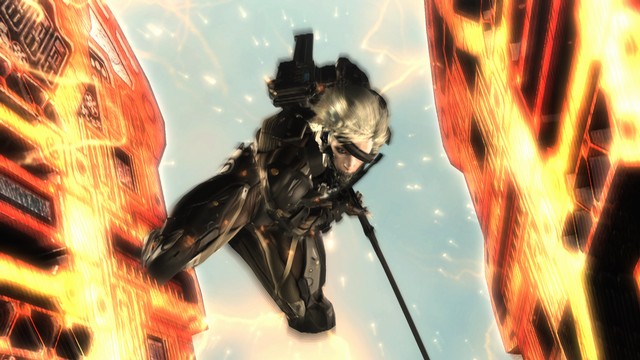