If you love fantasy and adventure games then you definitely won’t want to miss Memoria.

Memoria is the latest adventure to come from developer Daedalic, and it could be their best effort to date. Blending in gorgeous art, interesting characters and some challenging puzzles, I was magically transported back to the early and mid-90’s and all those classic Sierra and LucasArts adventure games.

Memoria continues the adventures of Geron, the hero from last year’s Dark Eye: Chains of Satinav game, but having played that is not a prerequisite for enjoying this latest tale. In addition to Geron and his quest to free his girlfriend from a curse we will also meet up and play as Sadja, a Southern princess who is desperately seeking her place in history by joining The War of Mages. The interesting thing about these two stories is that they are separated by 450 years, so when you aren’t helping Sadja travel across the land to join the war you jump more than four centuries into the future and try to help Geron lift the curse that has turned the love of his life, Nuri, into a crow. As you delve deeper into the adventure both Geron’s and Sadja’s stories begin to intertwine, both in narrative and a seamless back and forth transition that keeps gameplay fresh and exciting. 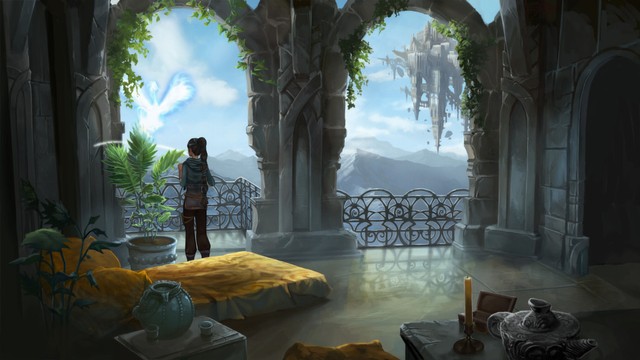 Gameplay is the classic point-and-click variety with interactive spots being indicated as you mouse over them or you can tap the spacebar to reveal all hotspots. Sorry for those who are playing on Steam Big Picture – there is no gamepad support. You’ll collect all sorts of items, some of which can be influenced by magic, others that can be combined with the environment or even other items in your bag. Both Geron and Sadja have access to a few key spells that play their own part in the puzzle solving.

The presentation is amazing with gorgeous painted backgrounds and charming character design. Geron and Sadja are two of the most fleshed-out characters in recent memory with great dialogue full of attitude and some professional voice acting. The supporting cast is also well done although there are a few notable exceptions in lesser roles where amateurs are rushing their lines and failing to emote. The lip-sync is more non-existent than bad, but I’m guessing this is a result of the multilingual support. There are pleasing sound effects and some fantasy themed music, which all help to immerse you in this epic adventure. 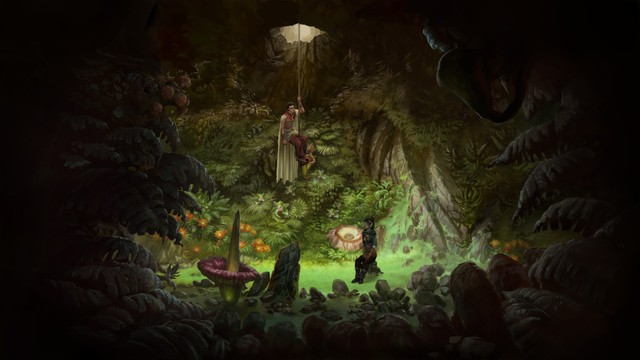 The puzzles in Memoria rank about 7-8 on a scale of 10…nothing that will melt your brain as most all clues are fairly “obvious” if you know where to look. Puzzles all have a logic about them that fits with the theme of the world, and many will provide great satisfaction when you finally figure out their solution. There is a built-in hint system that provides useful clues and a “combination helper”; a useful tool for crafting things with your inventory items. These internal help systems are more nudges in the right direction than outright solutions, so nothing is ever spoiled.

I was mildly annoyed with the load times for Memoria. My systems specs are nearly 6x the recommended specs, and this game was chugging between each and every scene. I would click on a location hot spot and the screen would fade to black for upwards of 10-15 seconds before the new scene would appear. And then there were these random moments, always during a cinematic, where the framerate would come to a crawl and my hard drive would spin like a top. Hopefully this can be fixed in a future performance patch.
Memoria is a fantastic adventure game with beautiful art, interesting characters, challenging puzzles, and a compelling story spread across eight chapters and four centuries. If you love fantasy and adventure games then you definitely won’t want to miss Memoria. 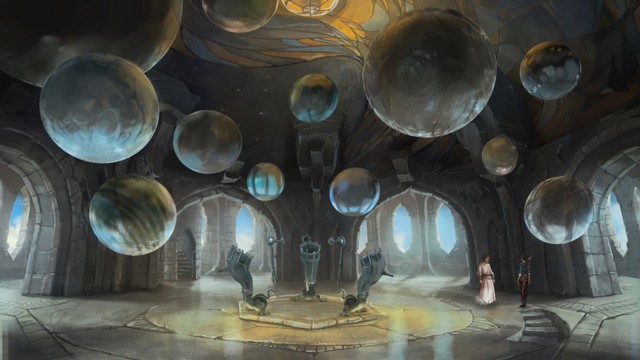 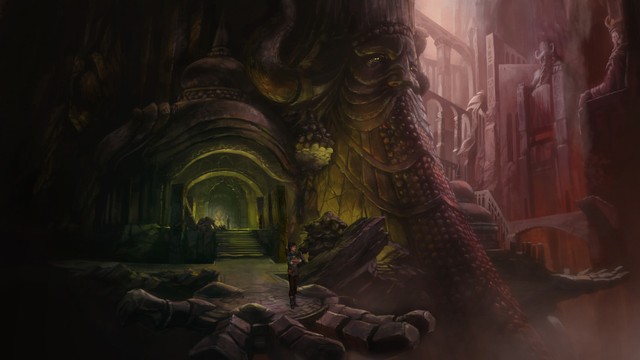 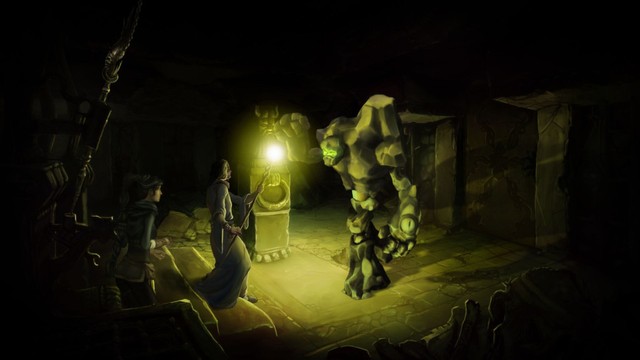 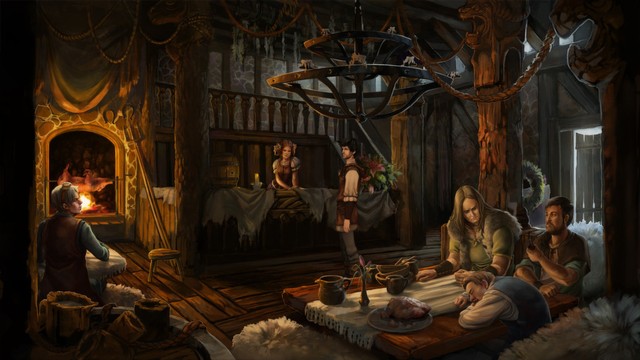 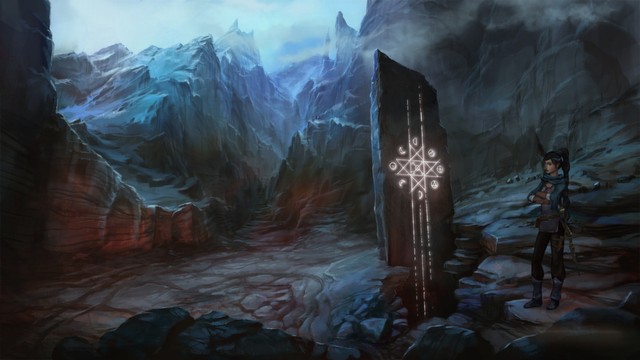