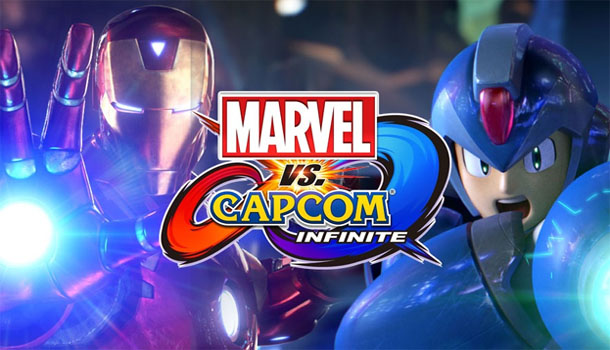 Generally underwhelming and pales in comparison to other current fighting games.

Every gamer has been in a situation where they just can’t get a game off their mind. They are at work staring at the clock watching it move painfully slow. Possibly having a conversation with someone not remembering what you said or talk about because you were day dreaming about the trailer you just saw earlier that day. Maybe you are that gamer who annoys everyone because you somehow turn every conversation back to the game you are about to play when you get home. Its ok to admit you have done one of these because you are not alone. I will admit to the world that all three of these things happened to me while I knew my game of Marvel VS Capcom: Infinite was downloading at home.

I grew up on Mortal Kombat. Even though I get my butt handed to me by my friends and versus opponents online regularly, I still love playing the story modes and always look forward to the next version. Due to this love, I can proudly admit that this isn’t my first crossover game. Mortal Kombat VS DC Universe was one of my favorite fighting games for the longest time. How can you not love having your two favorite characters of Superman and Sub-Zero kick the crap out of each other?! I loved that game so much I didn’t get another fighting game until Injustice came out. Due to my love of Mortal Kombat I never really knew of Street Fighter or any of the other Marvel VS Capcom games.   When I first saw the trailer while watching television I was shocked that Marvel VS Capcom was a series and this was the 8th game in the franchise. With the Marvel Cinematic Universe being as popular as ever I had to see how this game could compare to my childhood favorite series both visually and with its game play. 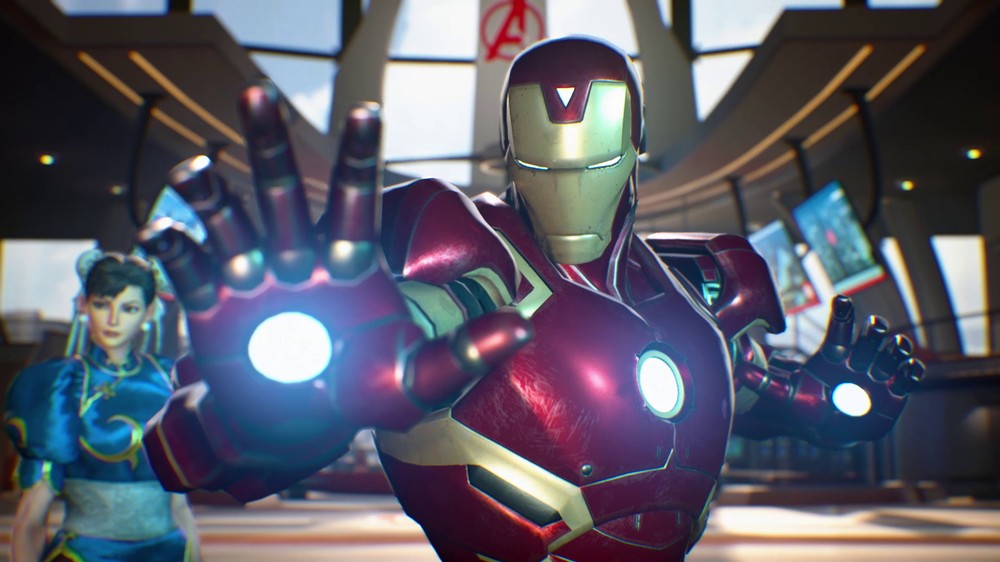 I can hear it now; Marvel VS Capcom won’t compare visually since it is supposed to be more cartoon style than the more realistic graphics of MK and Injustice! I understand that and it was one of the reasons I really wanted to play Marvel VS Capcom Infinite. I wanted that change of pace. Something not so dramatic but still had a storyline that I can get lost in. I couldn’t wait to get home from work to play this game. But the moment I saw the opening scene and saw the Rob Liefeld 90s Captain America body style I instantly started picking apart the graphics on everything. I missed half of the dialogue due to being in shock at how unproportioned and boxy a lot of the characters were. I couldn’t help but notice how rushed a lot of them looked. I found myself talking to myself in my game room saying there is no way the designers think this is acceptable with other fighting games looking so beautiful in 4k. What made it worse was that there are some characters that look gorgeous! Newcomer Captain Marvel, Gamora, Nova, Spider-Man, Dante, and Strider Hiryu look amazing and really make the other characters stand out even more.

When I finally stopped picking apart the characters I forced myself to move on to the other parts of the game. I couldn’t help but notice the beautiful colors in the background arenas that really popped. MODOK’s Lab and the Avenger Tower were two of my favorite places to fight in. While missing a lot of texture compared to MK and Injustice the arenas still caught my attention and I found myself just getting lost looking at every inch before a fight would start and sometimes forget which character I was supposed to be fighting as. The arenas and cutscenes really help make up for some of the horrible character designs. 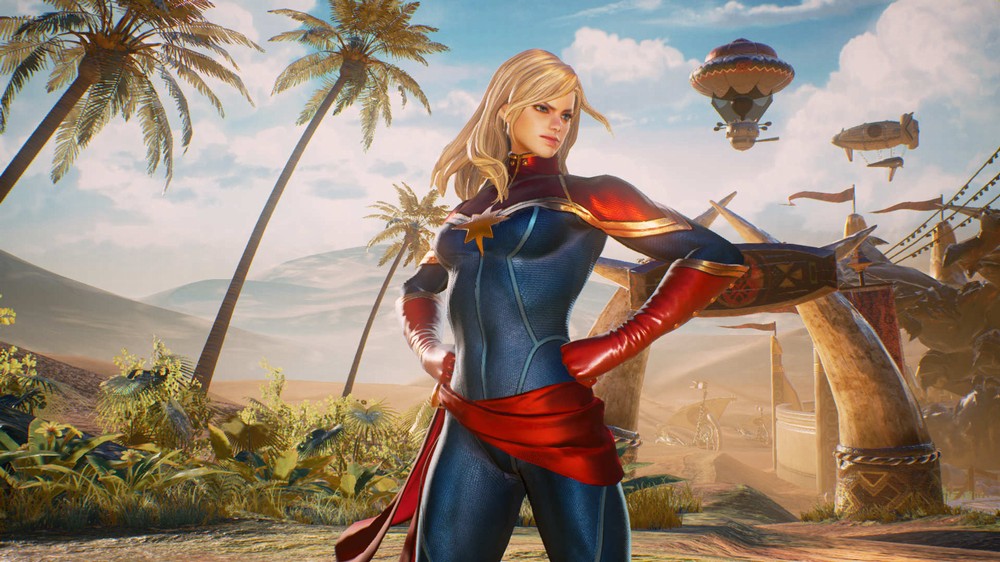 Part of the reason I mentioned MODOK’s Lab as one of my favorite arenas to play in was not just due to the colors but also because of how well the two series (Marvel and Capcom) blended together. Marvel VS Capcom: Infinite does a really good job overall of making sure that they just don’t put two characters together to fight, but make sense on why the characters are teamed together and how it fits with the storyline. There are still question marks with some of the characters picked for the game, I am looking at you Arthur. A lot of the characters are recycled from previous games, you don’t get any X-Men, and with Thanos and the Infinity Stones being an integral part of the storyline why aren’t all the Guardians of the Galaxy in the game to play during Story Mode?

Being the 8th game in the series you would hope that it would evolve and grow to help gain new fans. While veterans of the series might strongly disagree with me on this point a lot of first time players will not. This game has not grown or evolved to keep up with other fighting games. While playing it just felt like a remastered version of a Super Nintendo game for me to play on the PS4. Injustice gives you a great tutorial of how to string together combos, recover from getting hit, use your environments, and makes you go through each move or combo before trying the next. With Marvel VS Capcom: Infinite you are just put in an arena with unlimited life to have at it against an opponent. You go to the moves list and Injustice tells you to hit Square + Square + Left Directional button to complete a combo while Marvel VS Capcom: Infinite gives you a directional button and then a picture with a color. Veterans know what this means but first-time users must look up with the pictures mean who really wants to do that? 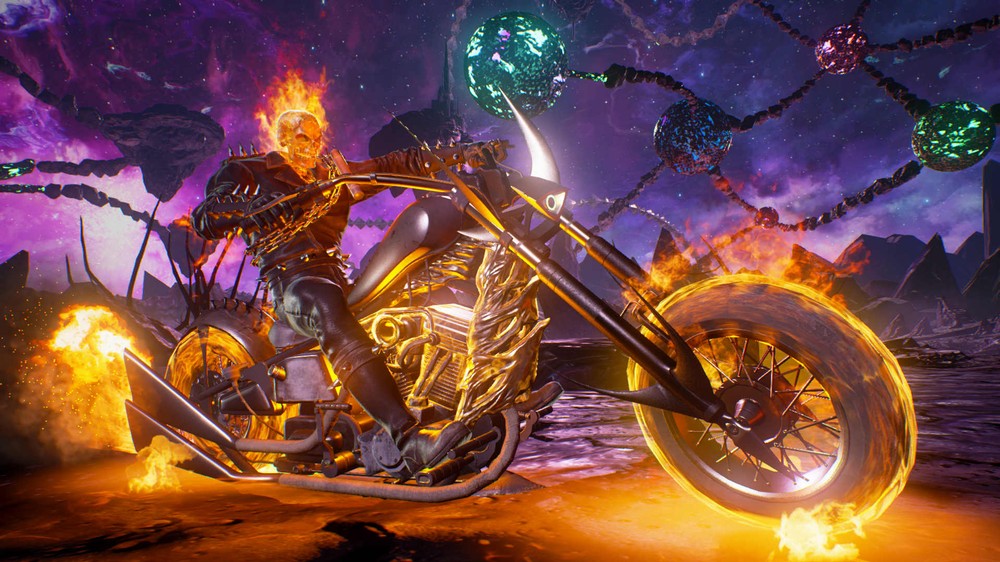 There is a great upgrade in the gameplay regarding the 2 VS 2 format.   The tagging system is quick and can be used as a great weapon. When you are playing against opponents that you are outmatched against you can use the tagging system to your advantage. If you don’t use it as an attack, believe me, the AI will! There were many times that I needed my stronger player to rest and regain health. I would use my lesser character to attack my opponent and get them off balance and then tag in my stronger character and use a big combo to really do maximum damage. Watch out though with all great things there is always a catch! Don’t get caught doing this too much because if both characters are on the board, even if you are tagging in your partner, all characters can take damage. I ended a fight by defeating both characters at the same time.

The Infinity Stones are a great addition to the game as well. Each one can be used to help you in different ways in your battles against Thanos, Jedah Dohma, Ultron Sigma, and Utlron Omega. If you possess multiple stones at one time you can even alternate which stone you want to use when your meter bar is high enough. My favorite was the Soul Stone. The Soul Stone helped steal an opponent energy into your own life bar or in Duo Team Attack Mode you can revive defected characters with 20% Health. That really came in handy on the Final Boss fight. Each Stone has at least 2 powers that help certain players and characters better. 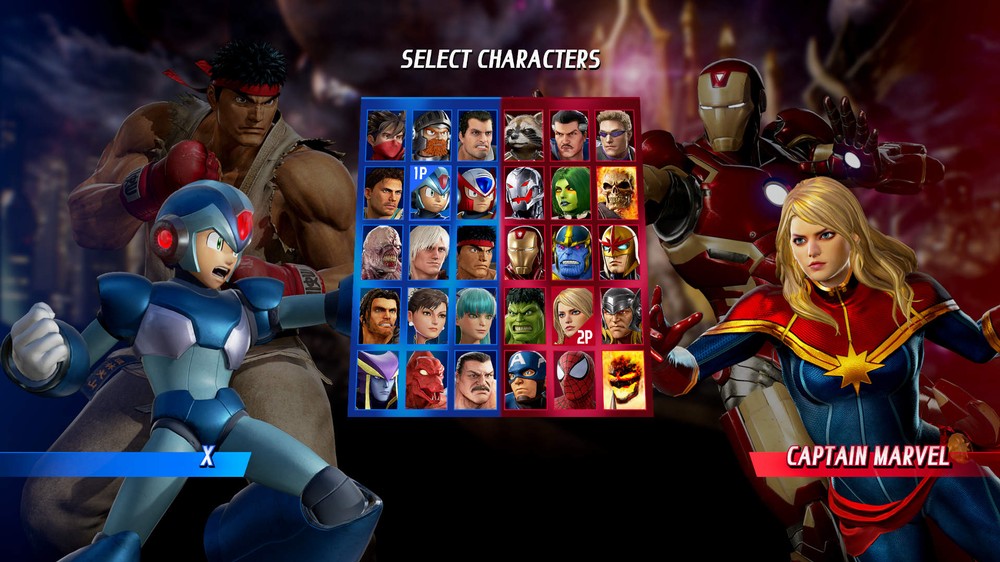 With these great upgrades comes a downside. As I stated earlier in the review, I am not the greatest at fighting games, and I was able to fly through the story mode. I finished the entire story mode in under four hours.   I only had to replay three fights. Once verse Nemesis, once verse Thanos, and once verse the final boss. I never had to lower the difficultly level but the second round did seem like the AI let up a little. I know these games are built to play VS mode and online but when you pay $60 for a game you want a good size campaign to go with it. That is one of the best things about Injustice. You get pulled into a world of Gods and you get to play it for 6 to 8 hours depending on how good you are. With this short a campaign mode you feel ripped off and wanting more.

With all the options on the market right now, games must really stand out to earn your money and time. Overall, Marvel VS Capcom: Infinite just doesn’t measure up for the average player. You have above average voice acting in a storyline with Ultron and Sigma teaming up to release the Sigma Virus to eliminate all life in both universes. Sadly, of the four hours it takes to complete this story mode half of that time is cutscenes. 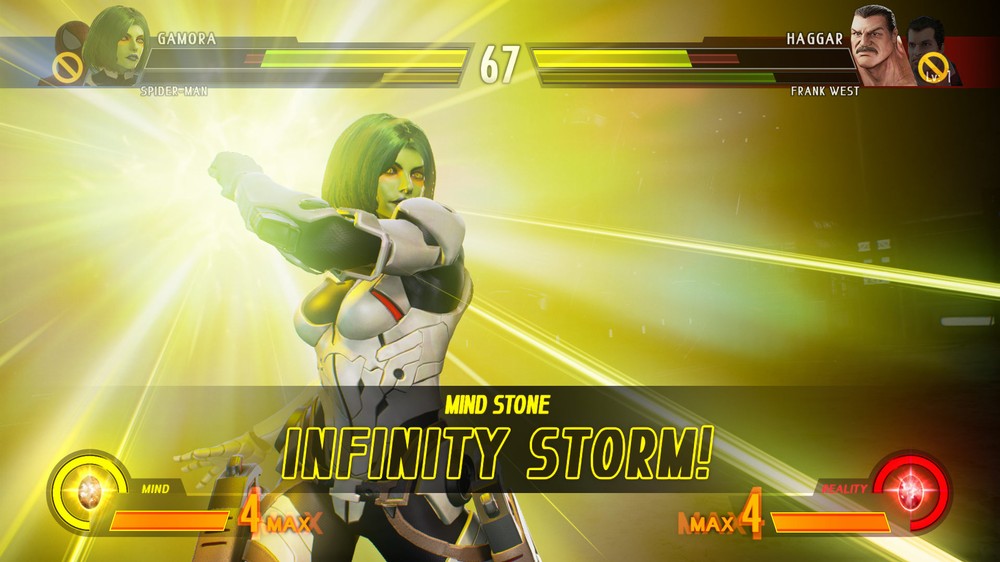 I can find common ground in that you don’t buy this game for the story mode. You buy the game for Player VS Player, Arcade Mode, and Mission Mode. With Arcade Mode, you get to pick characters and if you keep winning you move on to the next battle until you meet the final boss. Here you are looking at six fights and this quickly gets repetitive and a little boring. Mission Mode allows players to do various tutorial missions and doing advanced character specific challenges. I found myself playing this mode the most and you can almost justify buying the game for this mode itself.

I had such high hopes for Marvel VS Capcom: Infinite and ultimately was underwhelmed. With the Injustice series and all the improvements in the Mortal Kombat series, Marvel VS Capcom has got to start to evolve and grow. It seems Capcom is holding onto the past and the history of the franchise. While it will keep the veteran players happy it will not inspire new gamers to jump ship and prefer this series over Mortal Kombat or Injustice; especially when you sell a $20 game for $60. 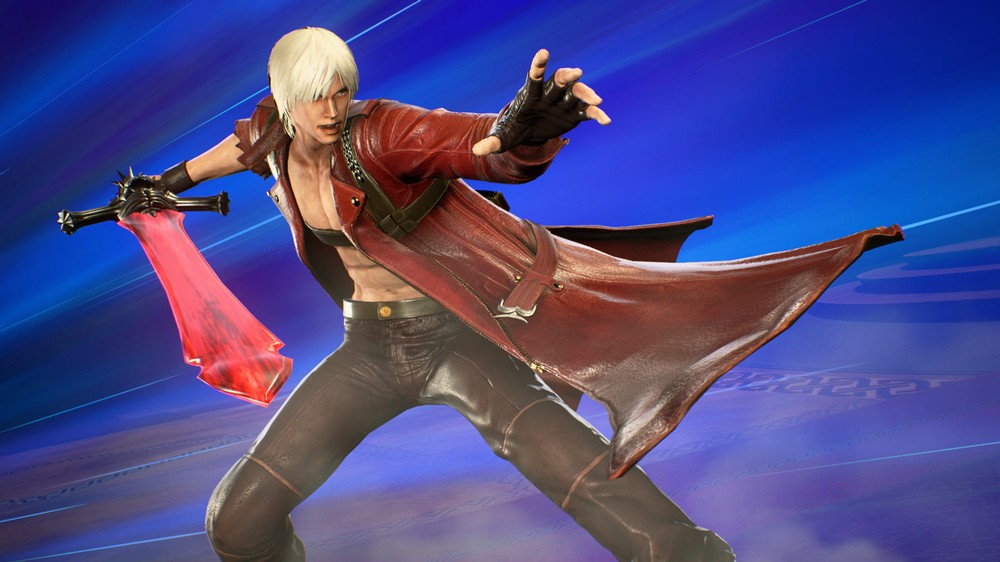 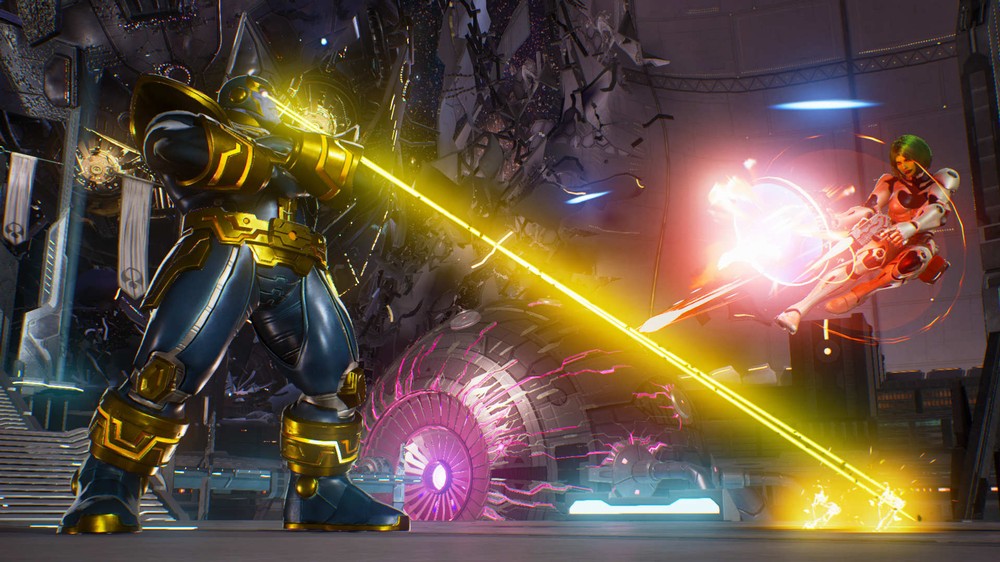 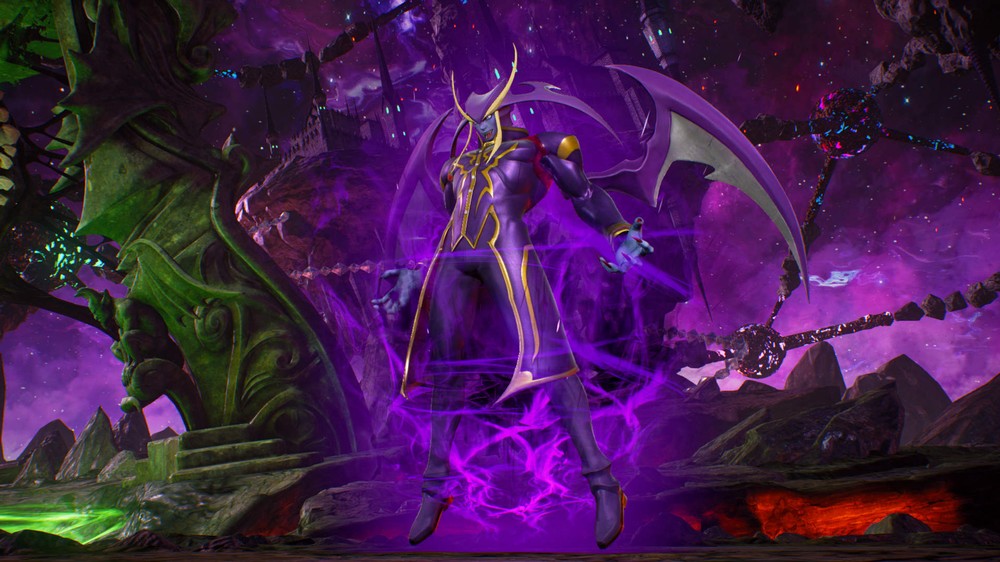