Offers a reasonably satisfying experience for gamers on a budget and is probably your cheapest ticket to Mars this year.

Mars: War Logs has been lingering around the office for nearly four months now. When I first started playing back in May, just after the game released, there were so many issues, glitches, and unbearably bad voice acting that I just had to set it aside. Now, after several significant patches – one of which replaced the entire vocal package – I decided to “get my ass to Mars” and knock this review out one way or the other.

Within the first hour of my second attempt to play the game I was seeing some incredible improvements to the game, and I really felt bad for the gamers (and critics) who suffered through this before the patches. While not nearly as vast and ambitious as most AAA role-playing titles, Mars: War Logs only asks for $20 of your gaming budget, and for a third of the cost of most games you will almost certainly get your money’s worth. 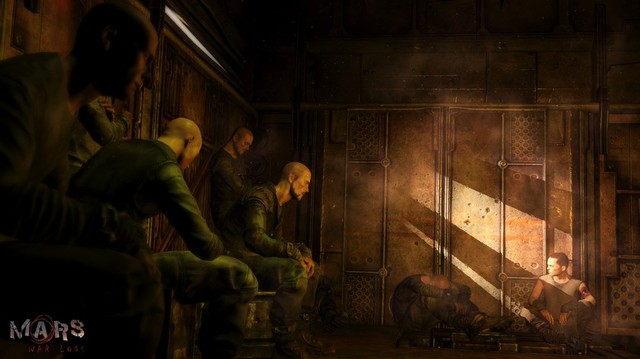 You play Roy Temperance, a rough and tumble space cowboy who breaks out of a Mars penitentiary and manages to rescue a young soldier from a disturbing shower rape scene in the opening moments of the game. Ironically, it is this soldier, Innocence (yes, that’s his name) who also turns out to be the narrator of this particular story. Despite taking place on another planet Mars: War Logs has more of a Western flavor about it than anything truly sci-fi, but don’t go expecting anything along the lines of Firefly. Numerous RPG tropes soon become the repeating staples of the game that try to hold the story and your interest together throughout this 12-15 hour run.

You’ll be exploring both interior levels and exterior Martian landscape, all conveniently fed to you in manageable chunks by funneling you through an endless series of doors, often multiple times as backtracking soon becomes a serious issue. Each area presents you with the requisite opportunities for discovery, conversation, or combat…sometimes all three. Breaking out of prison only takes a couple of hours, and then you have about twice that time in what seems to be an endless string of fetch quests. I certainly don’t mind running errands for people as long as there is a good reason (or a good story) to keep me interested, but Mars: War Logs buries most of its lore in non-interactive reading material rather than verbal exchanges with characters. Call me silly but if I wanted to read this much I’d just pick up a book. 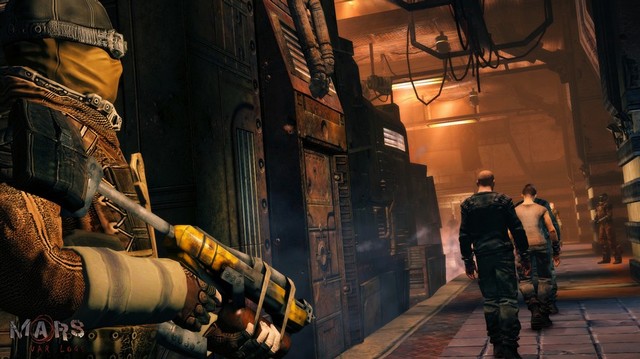 One interesting element is the morality system, both for you and the people you meet. You’ll encounter inmates that are far more “evil” than many of the guards, and guards who turn out to be rather pleasant and helpful. You are in control of your own personal karma, at least to a limited and often unpredictable degree, but I never saw any reason to actually worry about my spiritual wellbeing. Trying to be “nice” never paid off in any tangible fashion while making “evil” choices depleted my karma as fast as it filled my purse, but I saw no potential for multiple paths or story outcomes based on any decisions leading to the finale.

Combat includes a variety of weapons and later, special Technomancer powers that mix things up both strategically and visually. The controls are intuitive and allow for an almost arcade-like experience as you attack, block, and counter with a few twists tossed in like being able to toss sand in someone’s eyes (provided they aren’t wearing goggles). Technomancers can create shields to block your melee attacks while others must be flanked before attacking. Weapons are as practical as they are primitive, at least until you start upgrading them using the clever crafting system that allows you to attach upgrades to increase damage and durability. But regardless of your weapons, you are almost always outnumbered and outmatched in every combat encounter, requiring you to spam the roll/dodge to avoid taking extensive damage and making fast ninja-like attacks whenever possible. I would have preferred more balanced encounters, so I could engage in a more conventional combat scenario – one that wasn’t three parts defense and one part offense. 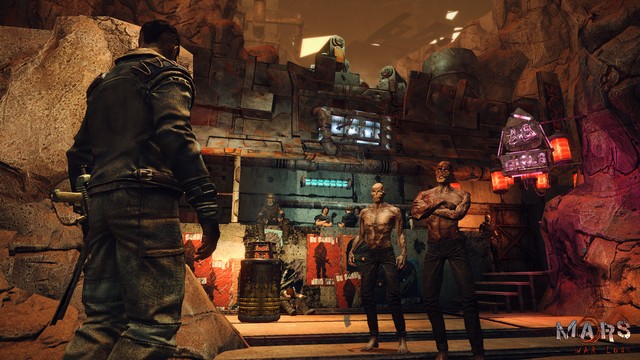 The presentation is surprisingly fresh and original given the limited scope and ambition of the material. I only endured the first hour of the original voice package, but after the update I had no real complaints on the dialogue, despite the comical overuse of profanity. We get it – we’re in prison with bad people. Sadly, once you’ve seen everything the first act has to offer graphically there won’t be any surprises in the second or third. Mars is open, empty, and often ugly, which may be realistic but not very interesting. Textures and facial features are good, lighting and effects a bit better, and overall design delivers on that Western outpost theme. Mars makes a suitable desert.

Mars: War Logs shines with a few moments of brilliance and clever design. The crafting was fun, the level-grind was faster than most RPG’s, and the pacing was relaxed despite the 12+ hour completion time (short by RPG standards). You’ll die often as the Medium difficulty is surprisingly brutal, but the game offers generous checkpoints to help ease your pain. The combat did get repetitive, almost as much as the frequent backtracking through previously explored areas in an obvious attempt to maximize gameplay with minimal level design.

Perhaps the main thing Mars: War Logs has going for it is its $20 price, which is sure to be slashed on future Steam sales, so even if this game can’t compete with the AAA role-playing titles out there, it does offer a reasonably satisfying experience for gamers on a budget and is probably your cheapest ticket to Mars this year. 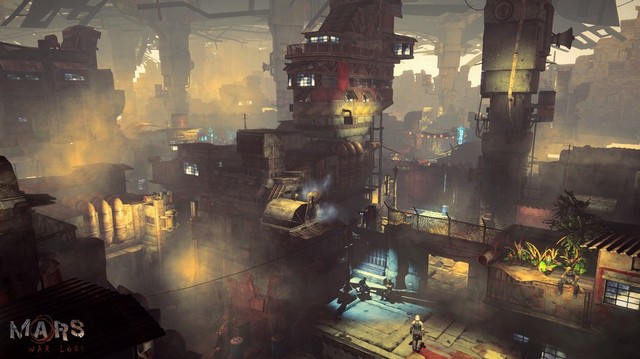 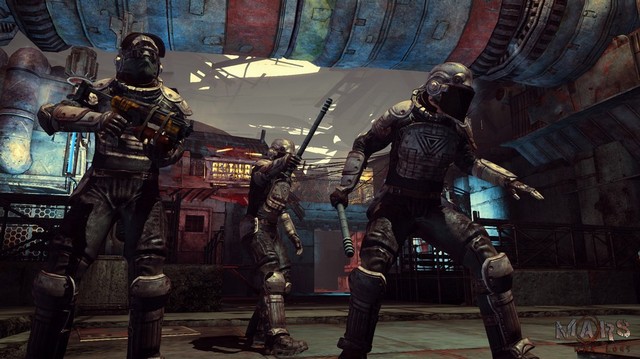 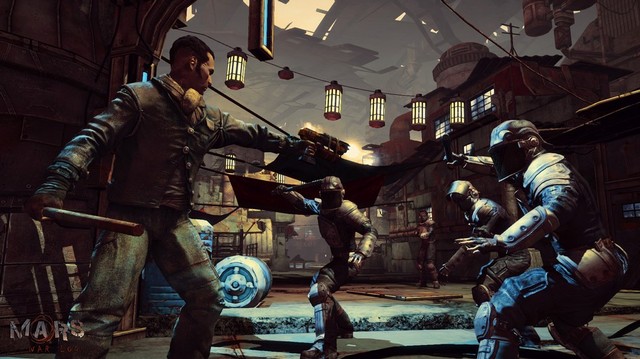 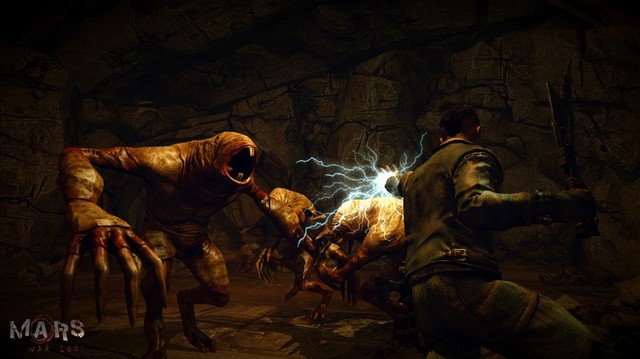 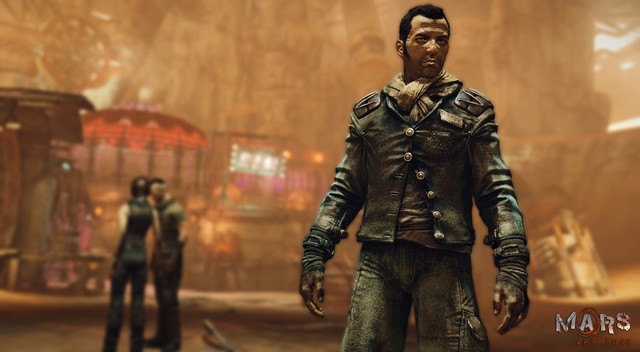 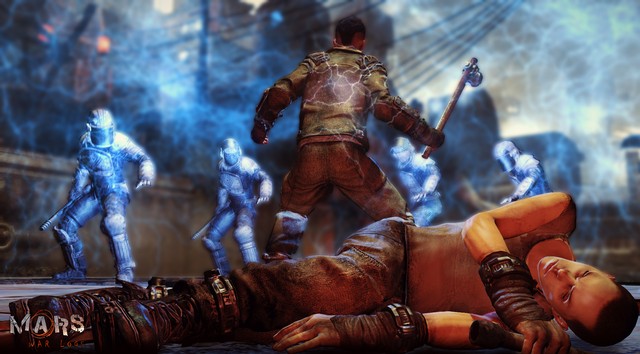 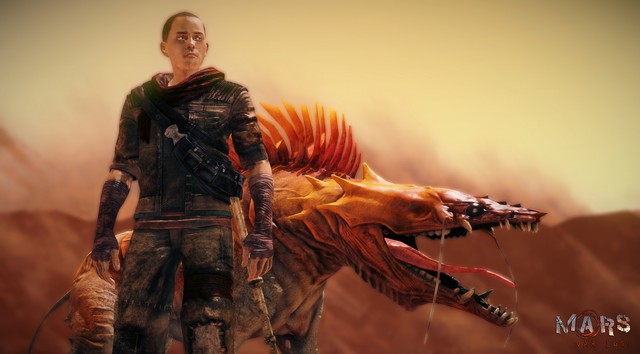 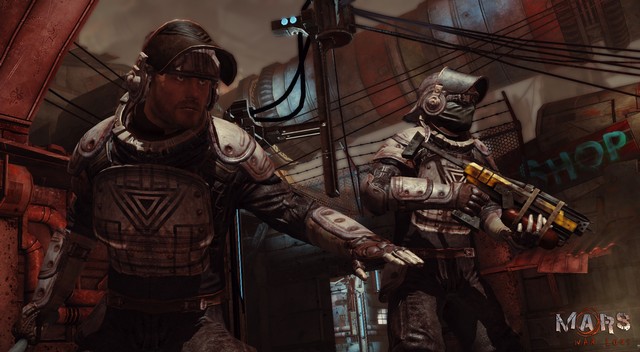 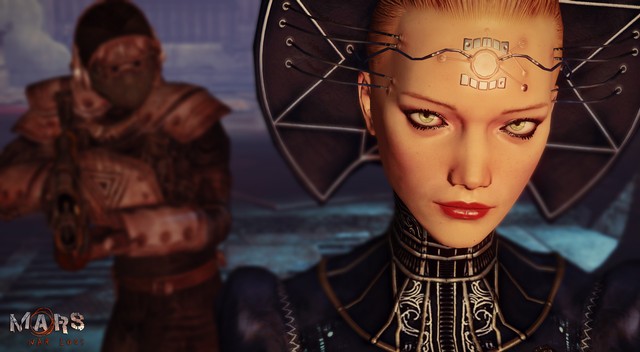 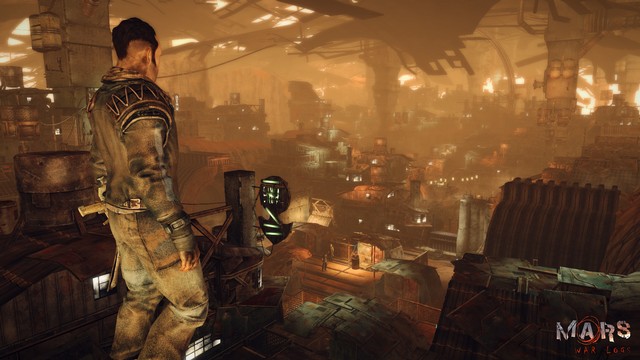 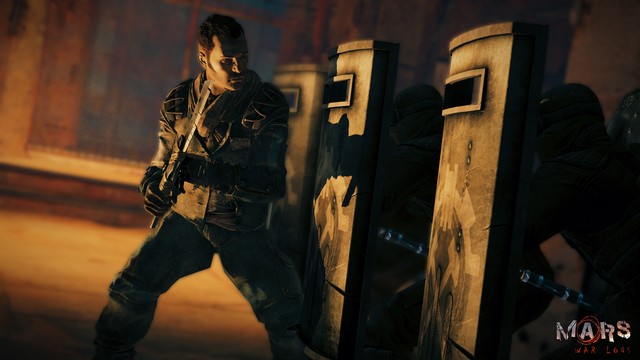 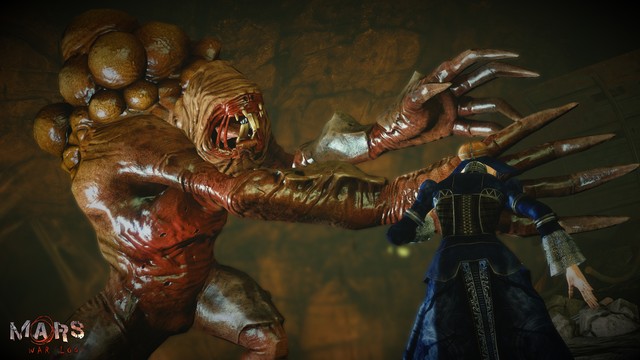 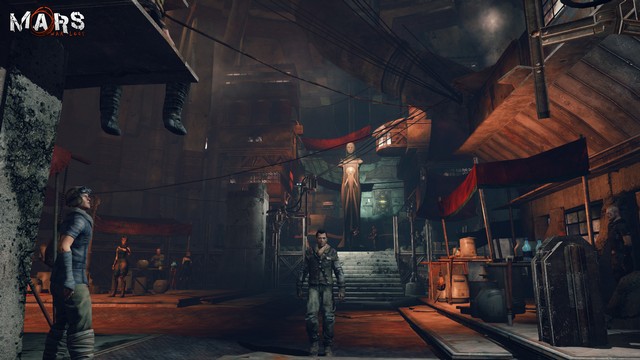 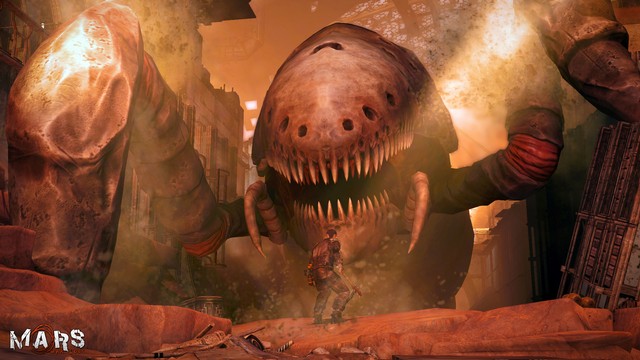 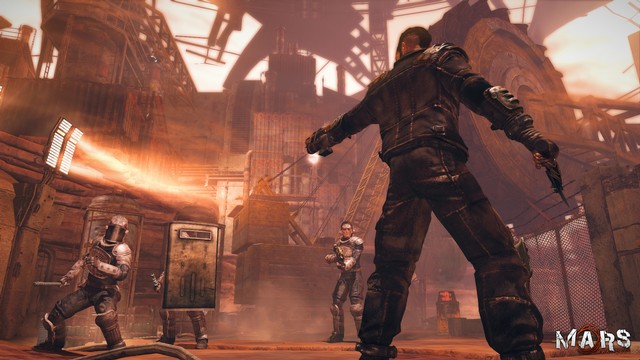 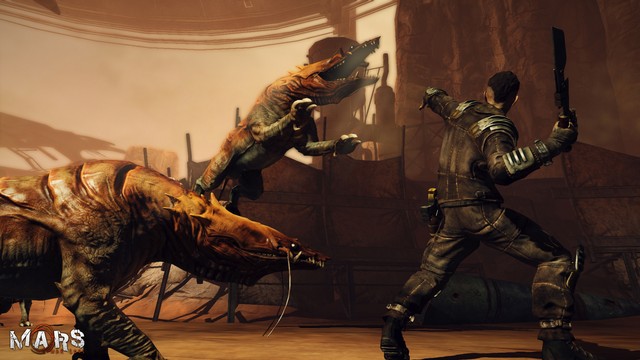 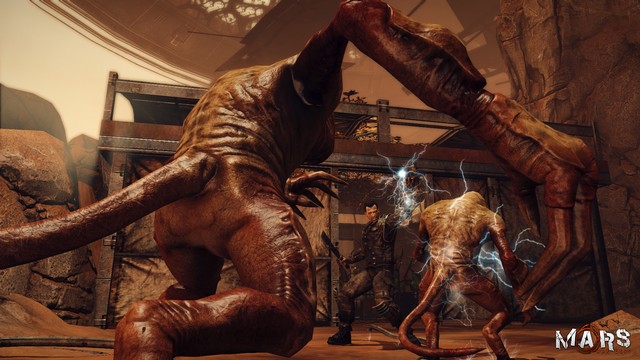 1
763
The Walking Dead: Saints & Sinners Review – Oculus Quest
2
704
Join the Galaxy’s Finest as Star Wars™: Squadrons Soars Into Homes Today
3
704
The Falconeer First-Look Preview – PC
4
704
Metamorphosis is 33% Off on Steam!
5
704
Werewolf: The Apocalypse – Heart of the Forest launches on October the 13th
6
704
Synth Riders Celebrates Anniversary with a Month Full of Treats and an Oculus Ques...
7
704
Worm Jazz Review – PC
8
703
Take to the Skies and Choose a Side in the New Trailer for Next Generation Air Com...
9
703
CRASH BANDICOOT 4: IT’S ABOUT TIME IS AVAILABLE NOW
10
703
Frictional Games Shows Off First Gameplay Footage of Amnesia: Rebirth
All Original Content on Game Chronicles is Copyright (c) 2002-2020
Sinjin Solves Walkthroughs Copyright (c) 1996-2020 by Mark Smith