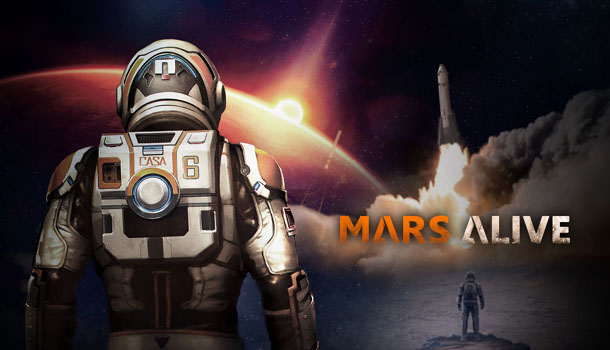 + Lots of stuff to worry about

Mars Alive is quite likely just as boring as actually being marooned on Mars.

Did you enjoy the movie, The Martian? Do you fantasize about being Matt Damon? Have you ever wanted to poop on your own potato garden? The new PSVR game, Mars Alive would like to exploit all those fantasies but in reality you’re more likely to find yourself stuck in a rut of O2 and battery life management while snacking on energy bars trying to stay alive on the hostile Red Planet. Don’t get me wrong; there is a solid survival game lurking beneath the misguided design of Mars Alive provided you have the patience to endure the more grueling aspects of gameplay.

The story starts off simple enough. You are an astronaut occupying one of several habitats scattered about the Martian surface until eco-terrorists blow them all up leaving you to fight for your life on a lonely barren world. As with most survival games you need to worry about the basics, food and water mostly, and of course O2 since you can’t breathe outside. Your first journey is on foot as you travel from your habitat to the next nearest one that didn’t blow up. The Martian landscape is littered with a surprising amount of collectibles, energy bars, water, O2, crafting parts, and rare ores that can be used in your 3D printer to craft all sorts of useful items. 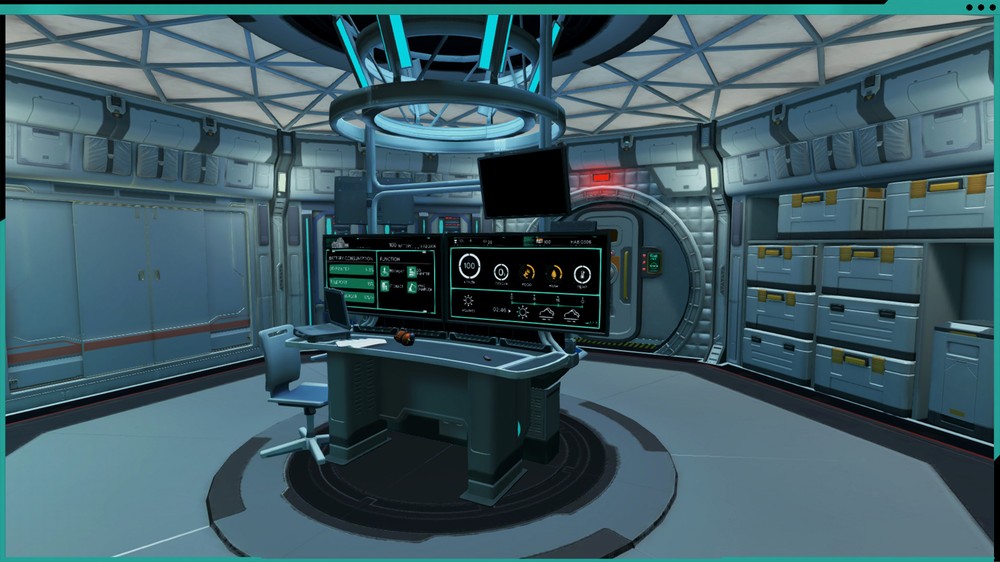 Mars Alive balances staying alive with increasing exploration of the planet. You’d think things would get easier when you finally get access to the rover, but it moves so slow and consumes so much energy it’s almost not worth it, plus you can only travel so far because you have to be able to make it back to the charging station otherwise you rover get abandoned in the desert. And don’t get me started on how often you have to stop and get out to pick stuff up – you may as well be walking.  Eventually you can craft bigger and better batteries and utilize solar power, but overall Mars Alive has an excruciating slow and repetitive first several hours.

You aren’t entirely alone as you can communicate and get assignments from Jane who will send you on missions to fetch certain items and transport them via a teleport device that later you can unlock to serve as a fast-travel device, so instead of a 30-minute drive across the desert it’s more like “beam me over Scotty”.  Sadly, Jane’s random bits of communication were about the only thing to look forward to whether she was asking me to do stuff or just talking about her own past. 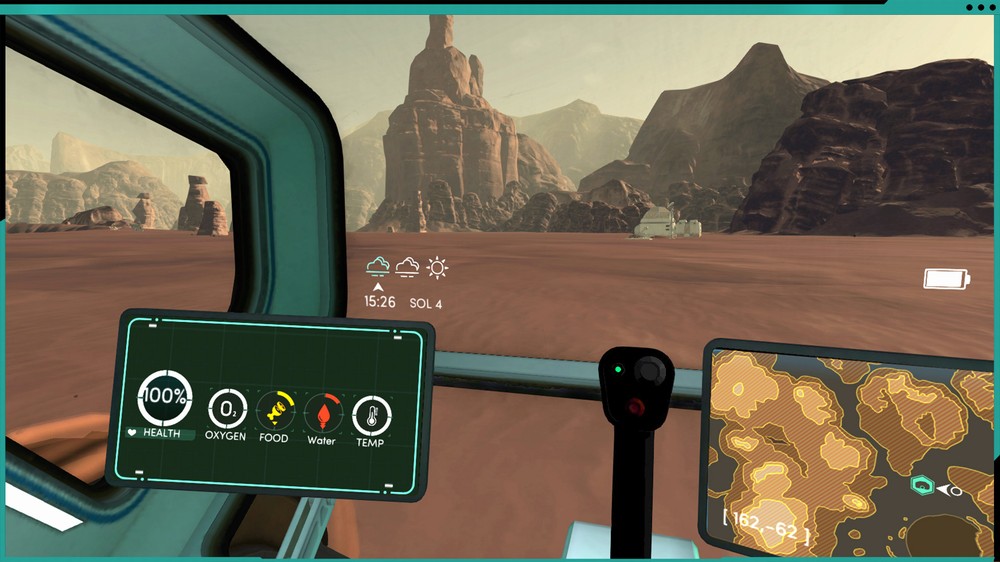 Mars Alive doesn’t really benefit from VR and more than likely it actually hurts the experience. By design the game wants you to play for hours, which despite comfort settings for movement and such, the flat textures, low-res nature of the environments, extreme pop-up for both landscape and collectibles, and a whole lot of aliasing, shimmering edges, and rampant screen door fuzziness in darker scenes make the game uncomfortable to play for even short bursts. I’d be interested to see this game on the Rift or Vive backed by a powerful PC.  The minimal audio adds nothing to the experience other than annoying footsteps and a buzzing rover motor.

I’ve played dozens of survival games and while Mars Alive certainly checks off all the required boxes for the genre it fails to offer anything remotely fun or entertaining to balance the repetitious nature of simply staying alive. Driving out to new patches of desert to collect supplies day after day gets old fast when your only reward is dumping ore into a fancy printer. I don’t mind a bit or realism but games need to be fun, and Mars Alive is quite likely just as boring as actually being marooned on Mars. 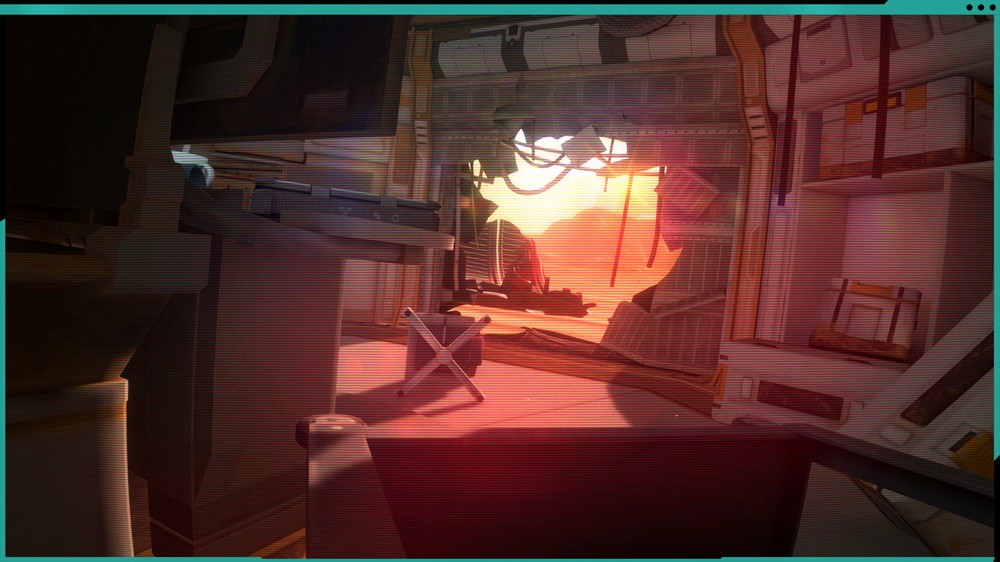 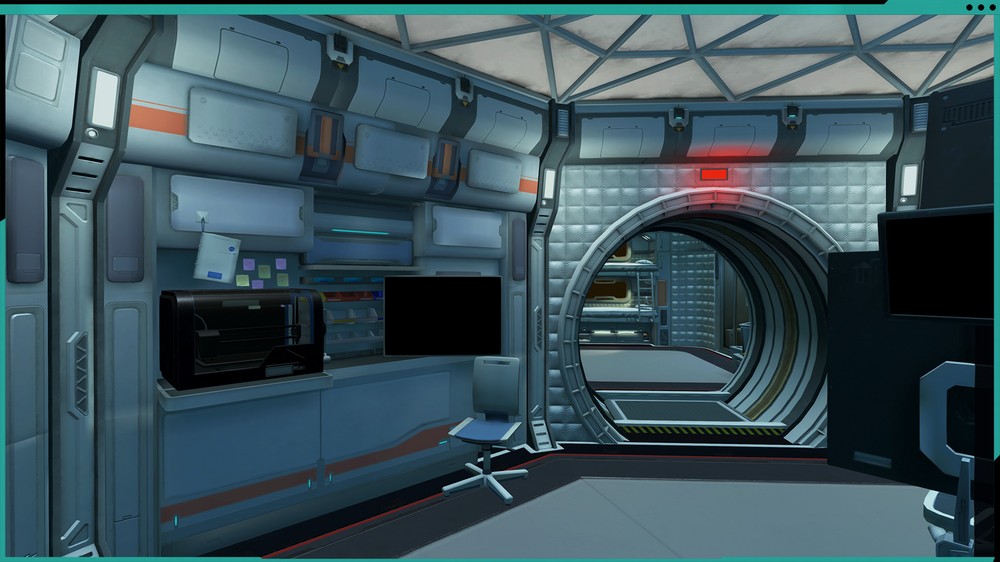 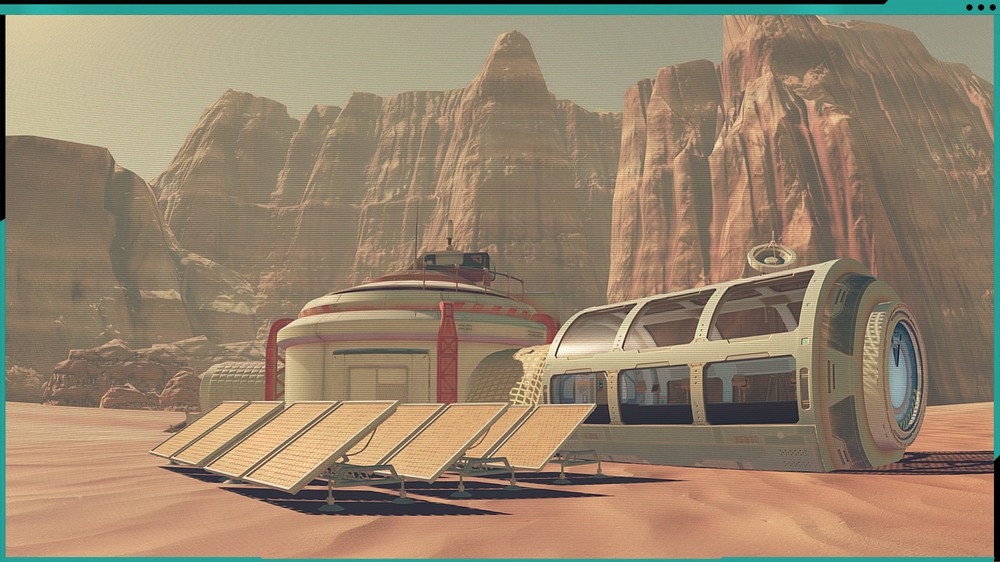 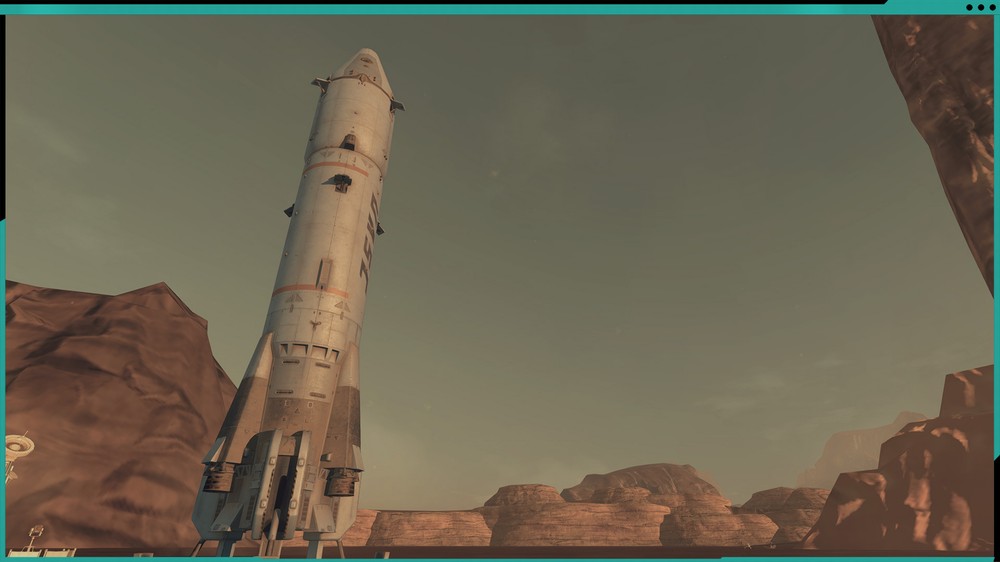