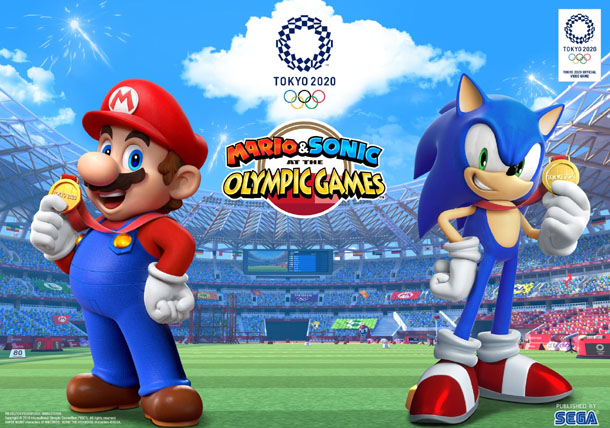 + Attractively bright, crisp, and expressive graphics in both handheld and big-screen modes
+ Features a large cast of familiar characters from the Mario and Sonic franchises
+ Offers local multiplayer for up to 4 players on one device, as well as local multiplayer on multiple Switches and online multiplayer

- The mini games are not always the easiest to learn and may be frustrating, especially for younger children or non-gamers, which may detract from its appeal as a family-friendly party game

Mario & Sonic at the Olympic Games Tokyo 2020 is pretty much what you’d expect from the title: a party game with a collection of sports-themed mini games simulating various Olympic events (as well as some “Dream” events that don’t actually exist in the real Olympics), starring many familiar characters from the Mario and Sonic franchises.

There’s a single-player story mode, which leans a little nostalgically cheesy with Bowser and Dr. Eggman trapping Mario and friends in a 2D pixelated game world, but does a nice job of introducing you to the available mini games, which come in both modern 3D and charmingly retro 16-bit-style pixel-art varieties. Story mode also unlocks some additional non-sports mini games (such as a Where’s Waldo kind of visual search game, a stealth game, and a high-speed chase game) and playable characters for some events. It’s also relatively short – I think I finished it over a couple nights of brief play. It’s also a nice bonus that the story mode throws in some Olympics-related trivia and educational tidbits about Tokyo (as well as a virtual map approximating the locations of various landmarks and venues) and the Olympic Games that were held in Tokyo in 1964, as well as the upcoming games to be held in the same city next year in 2020.  Otherwise, the Olympic events available, which range from judo and archery to the triple jump and rugby, provide a wide variety of mini games that you can directly play as a single player or in one of the multiplayer modes with family and friends or online strangers across the world. 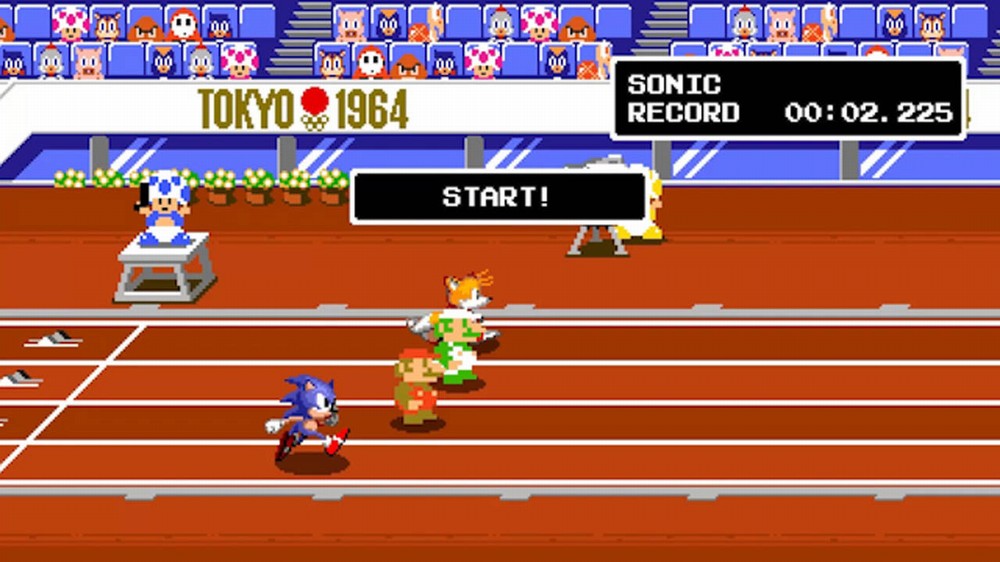 The controls between events can be significantly different from each other, such that it can be difficult to switch gears between events or to remember which buttons do what. Then again, that’s one of the challenges of this game, and you can thankfully view the control scheme for each event just prior to playing it. Mario & Sonic at the Olympic Games Tokyo 2020 may just be a little harder to pick up spontaneously as a party game, especially if some of the players aren’t frequent gamers, or if they are very young. This is particularly true given that many of the events ask players to enter timed presses of specific buttons, requiring reasonably good familiarity with the controller. Fortunately, some games, like the button-mashing fest that is the 100m, are easier (and more reminiscent of the simplistic Olympics videogames of my childhood) and may make up for the potentially more confusing or challenging events (like Sport Climbing or Gymnastics – Floor Exercise).

For many events, like track and field, the equestrian event, canoe racing, and gymnastics, the controls are fairly straightforward, and the results of your button presses are obvious. Gymnastics and diving, to name a couple, require timed presses of specific button sequences, somewhat similar to Simon (or, if you’re a gamer, various modern action games that demand similar set button sequences, usually during combat). The equestrian event has controls similar to horseback riding in several recent Legend of Zelda games (primarily involving accelerating and steering, as well as timed presses of a button to jump), and the fencing event plays like a simplified version of various fighting games, with understandable mechanics that you can practice and get better at. 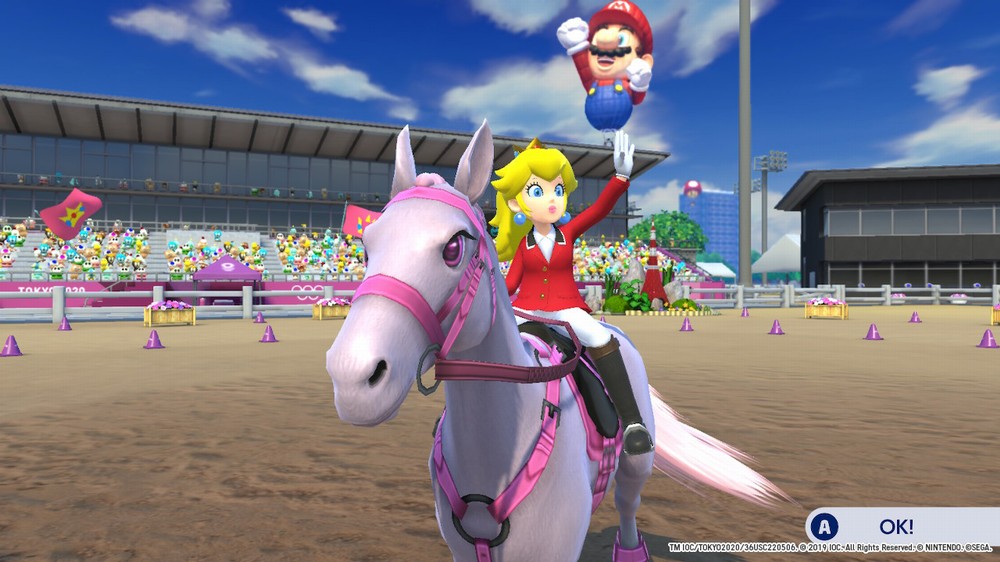 I found some events a bit frustrating, however. Rugby, football, and volleyball, for instance, all involve the player controlling an entire team, and the controls are significantly more complicated than for the majority of the other events. Maybe it’d be easier for, or at least more familiar to, people who play team sports games, but I couldn’t tell you, since I am not one of them. It could be just user error, but I had an especially hard time figuring out how to win at volleyball, since I could never seem to spike the ball into just the spot I wanted, and there was too much of a disconnect between what I thought I should be able to do in (real-life) volleyball and what was happening in the simplified game version. Rugby and football felt similarly chaotic, though at least the ball seemed a bit easier to control in those events.

A few other events, like judo and boxing, seemed a little unpredictable. I used the controls as instructed and managed to win against the computer, but for the life of me, I couldn’t actually tell you what actually determined victory from failure. For instance, in boxing, most of the time after I knocked out my opponent, he would get up back up, whether or not I used a special move, and ultimately, I couldn’t figure out why he didn’t get up the times I won. I suppose that in a party situation, that might not matter too much, since the company is more the point than winning, but I’d be lying if I said it didn’t bother me that I couldn’t figure out the techniques I should theoretically be honing. 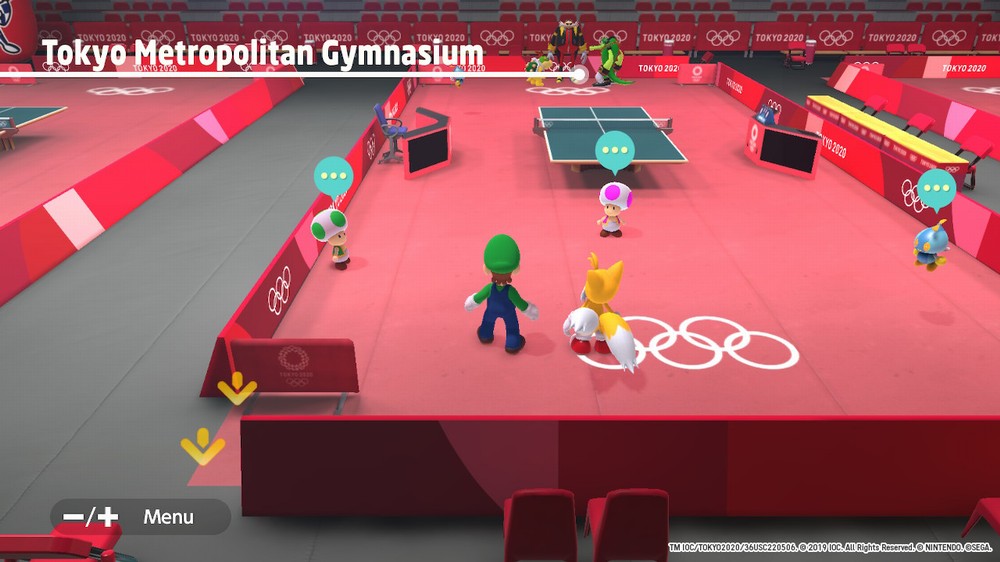 That said, the controls generally work as they should, and the motion controls for directing the angle of a javelin throw or for leaning side to side in the dream racing event feel natural and responsive. I like that there are multiple options for controls, generally among using dual controllers (both Joycons), solo remote (one Joycon), or buttons only, allowing you to customize your game experience based on the type of controller you prefer or your play style.

In any case, the variety in events and control schemes is welcome because whether you like equestrian events or fencing, there will probably be something that’s up your alley. There are also three “Dream” events, Dream Racing (which is reminiscent of the Mario Kart games and was easiest for my preschooler to understand), Dream Shooting (where you run around shooting targets in the environment), and Dream Karate (in which you try to claim the most squares on a game board by knocking opponents down onto those squares). I found that the Dream events generally seemed to have wider appeal to people in a party environment, at least in my purely anecdotal experience, maybe because they’re a bit sillier by nature or maybe because they appealed to people who typically play games of other genres. 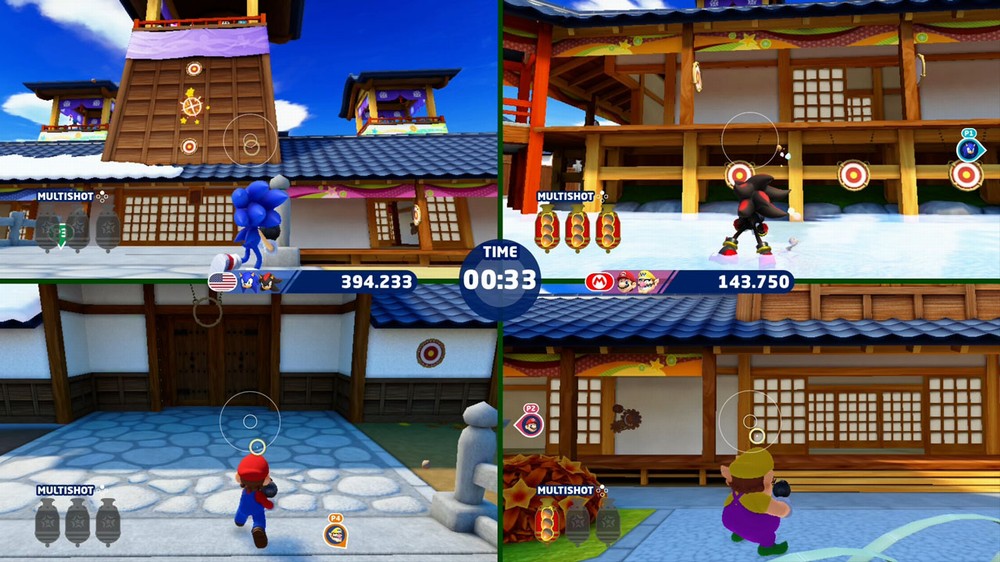 This game offers multiplayer in several flavors: local on the same device (up to 4 players), local on multiple Switch consoles on the same network, and online (which I did not try but requires a Nintendo Online membership and offers both ranked and unranked matches with other players around the world). I only tried the local multiplayer, and was glad to find that each Joycon can be used as one controller, reducing the number of controllers or Joycon sets you need to own in order to play with others. The multiplayer split screen looks great on a big-screen television, too, and I didn’t notice any significant lag.

Overall, Mario & Sonic at the Olympic Games Tokyo 2020 is a fun concept, and it’s weirdly heartwarming to see former rivals Mario and Sonic team up again in this latest Mario and Sonic crossover, along with appearances from other familiar faces like Luigi, Princess Peach, Bowser, Tails, Knuckles, and Amy. The graphics are brightly colored, very crisp, and smoothly animated – both on a television and on the Switch’s own screen in handheld mode; the sound production is equally high quality, as you’d expect; and the games play as intended. Yet, if I’m being perfectly honest, for some reason I can’t entirely pinpoint, I didn’t find the game to be especially fun. It could just be that I don’t generally go for sports games, though I remember growing up playing various ancient Olympics-themed video games with my family and having a blast, so there’s probably something else to it. The only factors I can positively identify are the seemingly somewhat random outcomes or frustrating learning curves in some events that I mentioned previously, and maybe a noticeable lack of humor (compared to, say, the Warioware games, or even Super Smash Bros.) that would otherwise make for a better party game. In my opinion, party games especially are best when they make you laugh, and this game was maybe just a tad too straitlaced for me. 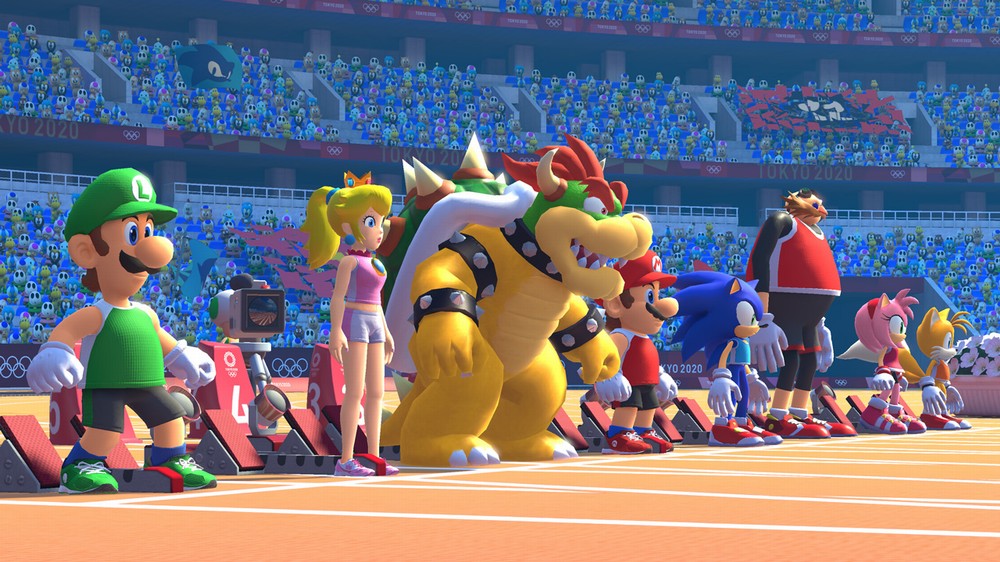 Mario & Sonic at the Olympic Games Tokyo 2020 retails for $59.99, and whether or not the cost is worthwhile to you will probably largely depend on how much you and your family or friends enjoy the sports mini games. As far as I’m concerned regarding party games, however, if I had to choose, I’d probably prefer to spend the same money on Smash Bros. Ultimate, which retails for the same price, but offers more character variety, collectibles, and overall replayability, as well as easier controls for newcomers or casual players and a more lighthearted atmosphere.

Mario & Sonic at the Olympic Games Tokyo 2020, unfortunately, doesn’t have as much to it that would merit long-term play, unless you truly enjoy the simulated Olympic events. On the other hand (and I’m not judging), if you’re a parent that wants a game to play with the family but doesn’t want your kid playing brawler-type games like Smash, maybe this isn’t a bad choice, and it’s even mildly educational. Given that there are party games that I enjoy more at the same or lower price point, though, this game isn’t such a must-play that I wouldn’t recommend waiting for a sale. 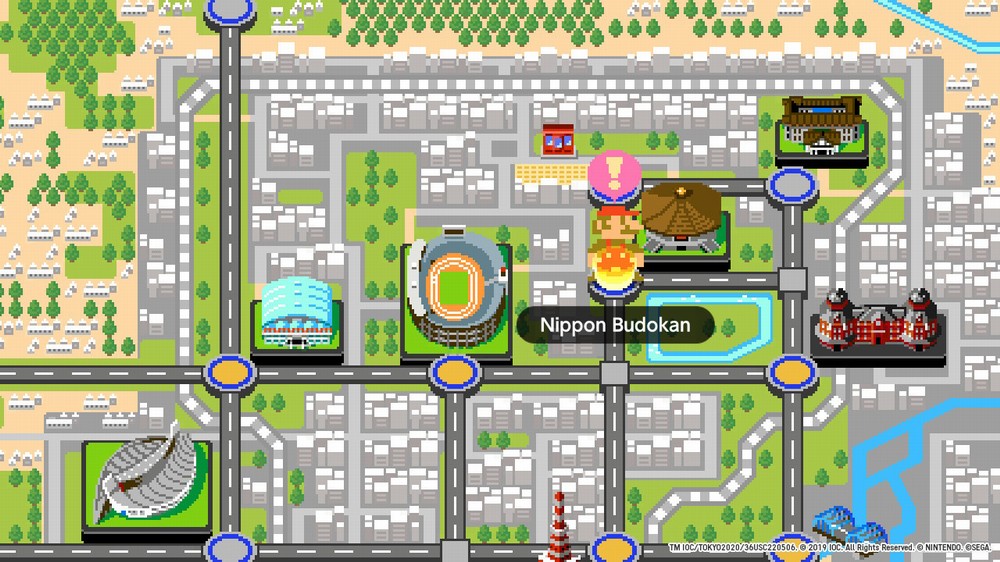 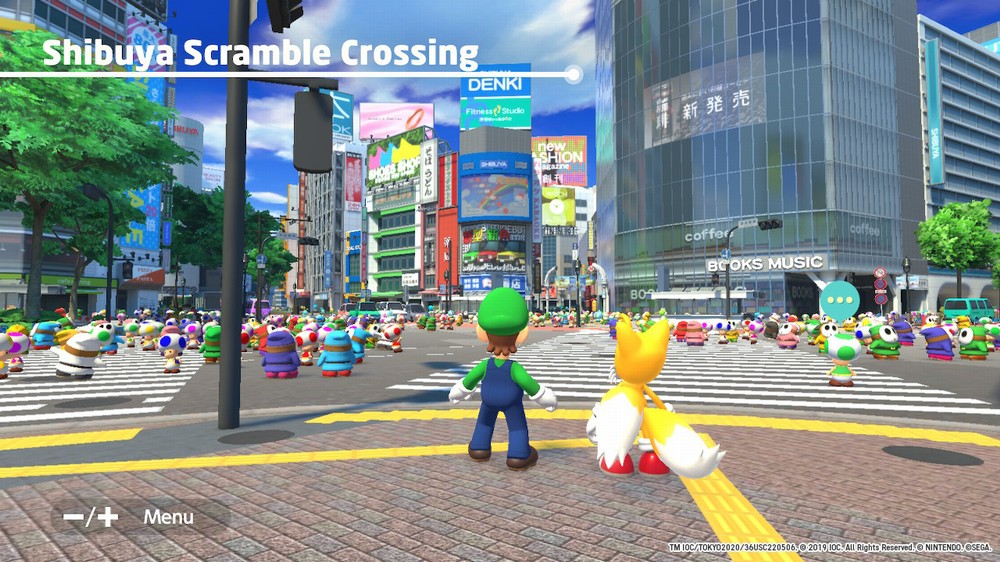 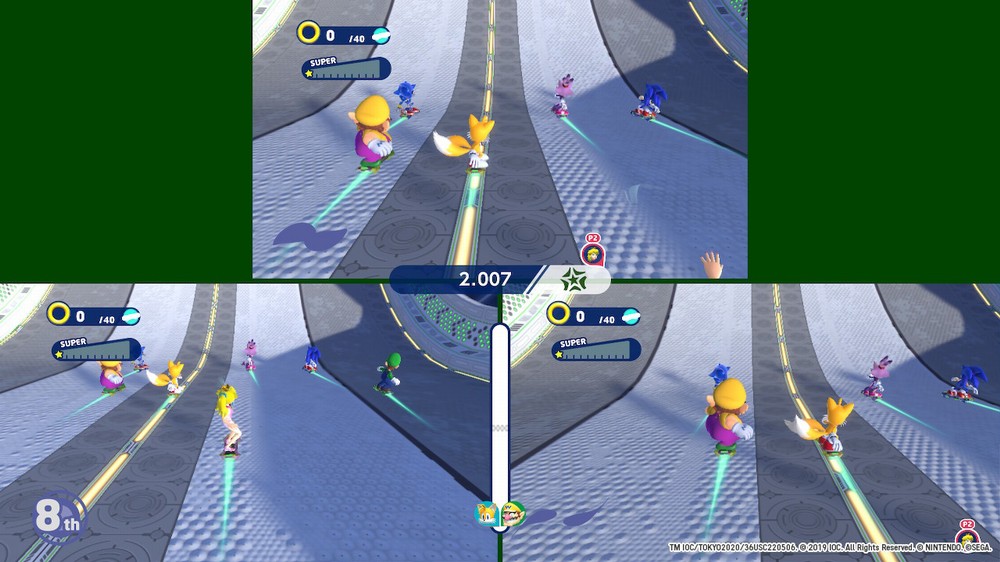 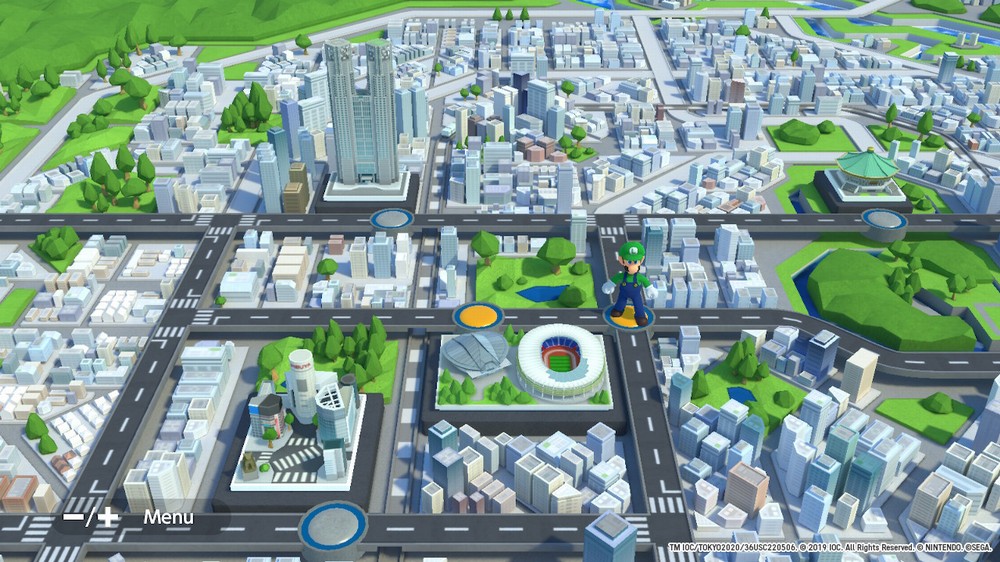 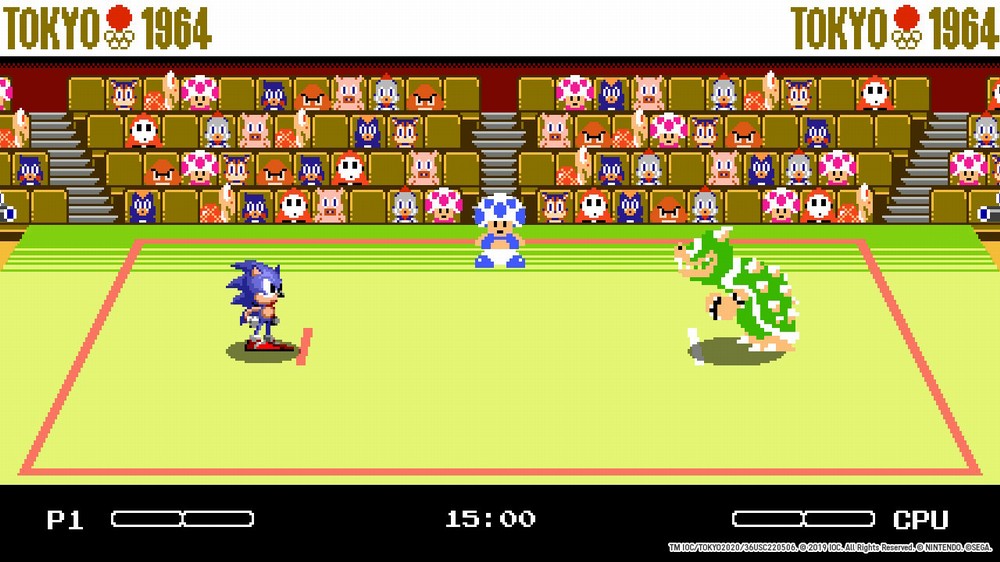 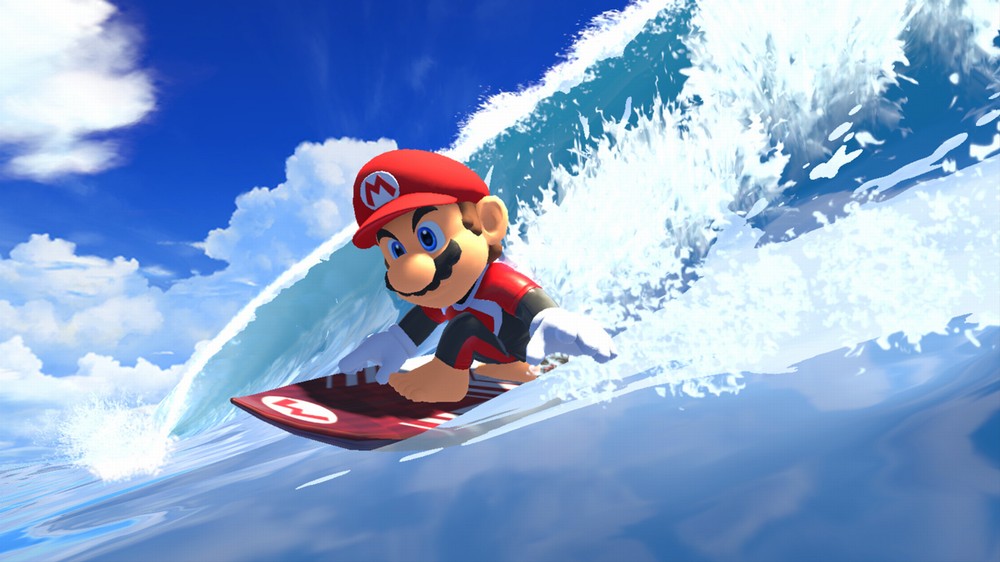