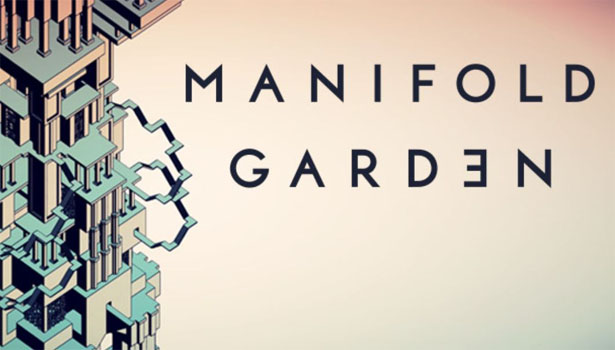 + Beautiful, mind bending puzzle game that gives you a new appreciation for the infinite.

- Very little handholding makes some of the puzzles rather difficult to understand, let alone solve.

Amazing puzzle game with a new twist on gravity and the infinite.

A puzzle game’s core concept will usually make or break it as far as how interesting and engaging the puzzles are to the player. Think of games like Portal and its focus on the simple idea of “thinking with portals”. It is such a simple concept, but the game and its sequel did such a good job of taking a simple concept and running with it that it really shone as a prime example of a great puzzle game.

Manifold Garden’s core concept is gravity and the infinite. Using a somewhat cell-shaded and minimalistic art style, you will enter the Manifold Garden and quickly begin to understand that it does not operate the way the normal world does. 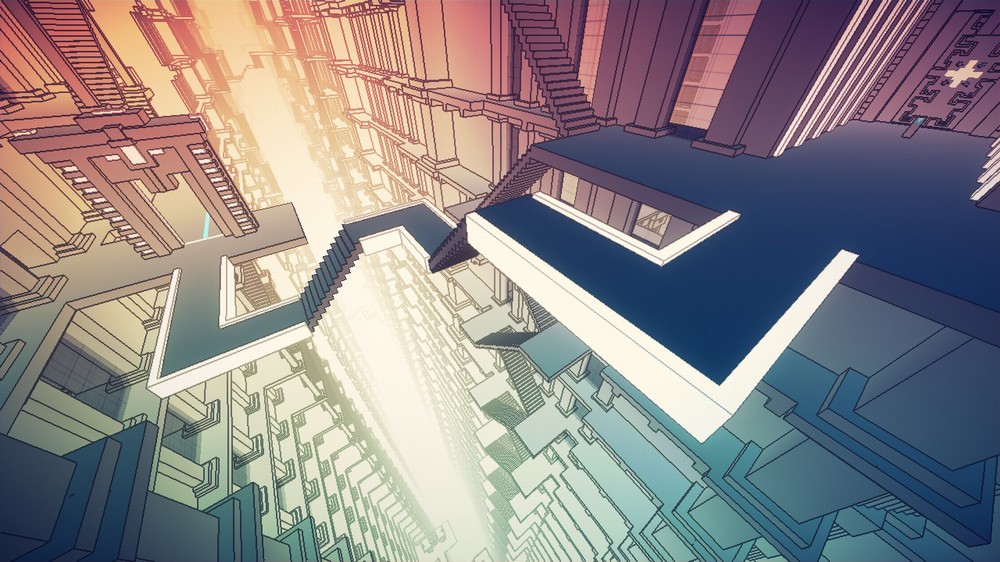 Inside the Garden, you have the ability to alter the gravity of the entire space at will so that what was once a wall will now be the floor. You do this by walking toward a wall and pressing the action button, which will then “rotate” the entire world so that the wall is the new “down” direction. This works both indoors and outdoors. Indoors, it is somewhat straightforward and easier to understand, but when you change up and down outside, how do you not just fall off into space, you might ask? Well, in the Manifold Garden, space is infinite, but it also loops on itself infinitely. Combine that with the fact that you cannot take fall damage, and you quickly begin to realize that what is above you is also below you, if you fall far enough. Or, something that is too far away to reach is only just below you, if you change your perspective.

And, similar to a game like Portal, the goal of the various stages of Manifold Garden are to place the correct colored blocks on the same colored plates to unlock doors, allowing you to proceed to the next “area” in the Garden. This starts off fairly easy with you simply picking up a block and placing it on a pedestal. However, as you progress, these pedestals begin to be placed in stranger and harder to reach places. There are times that they will be placed on a surface that is on a different gravitational orientation from the block that you are trying to put there. In these events, you need to use other blocks oriented to the correct gravity to build platforms onto which you can balance the block and activate the pedestal. 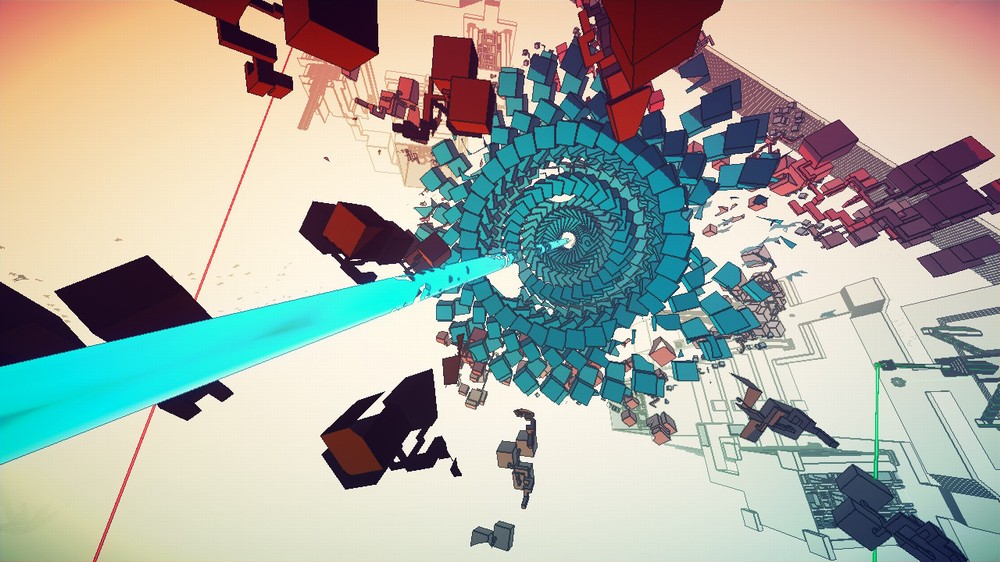 It’s one of those games that is really hard to explain and much easier to understand by experiencing it. And ultimately, I would highly recommend this game to anyone who enjoys a good puzzle game. The core concept is simple enough and engaging enough that as it adds layers of complexity upon that core concept, you can almost feel it expanding your understanding, intuitively and incrementally, to the point where you can begin to “see” the answer in ways that you never would have before playing the game.

The art is simple, but beautiful. With each of the six “sides” of every level being color coordinated, you begin to associate each color with a particular gravitational orientation and the world of Manifold Garden begins to make sense in a different way as well. Additionally, the music and sound effects, while similarly minimalistic, all add together to create an almost zen-like kaleidoscopic and psychedelic experience that is, at times, hard to believe and also stunning. 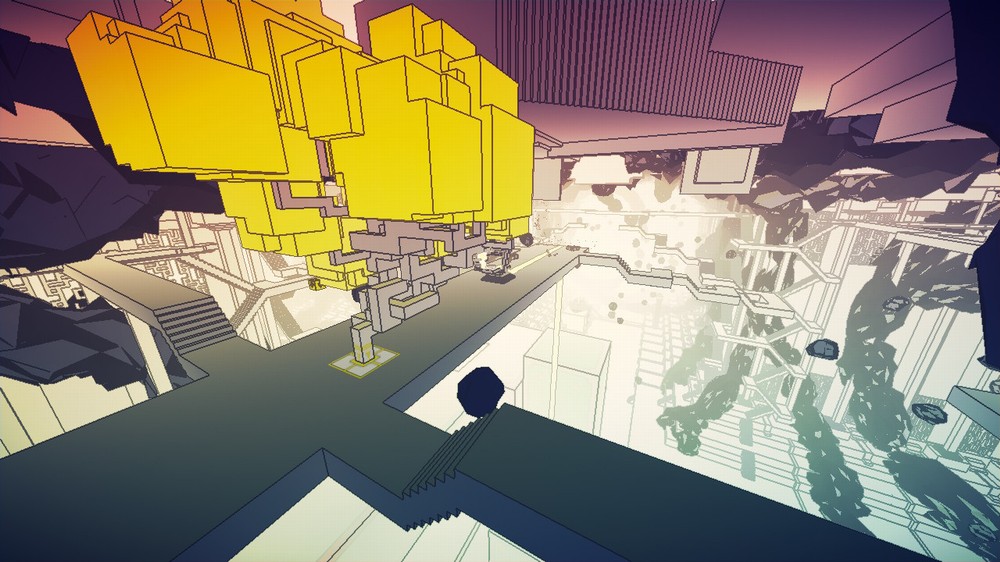 The only complaint that I have is that sometimes it is a bit difficult to understand exactly what the next goal of the game is in order to make progress towards it. These levels, though they loop infinitely upon each other, are sometimes rather massive in and of themselves and because you can look at them in any of six different orientations, it can quickly get to the point where you disorient yourself and lose the thread of “where do I go next?”. However, also because of the ingenious nature of the level design, you can never stray too far from the correct path. Sometimes, all it takes is a little reorientation to get back on track.

So, if you love creative, mind-bending puzzle games that really challenge your sense of reality, then Manifold Garden is easily a must-buy for you.