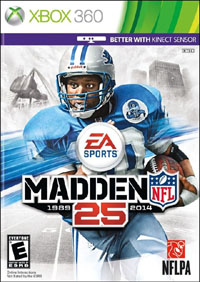 Madden 25 represents the best NFL gaming experience to ever appear in video gaming.

It was the winter of 1998, and I was relatively new to the gaming reviews world. I was living in Metro Detroit at the time, and a coworker friend told me a humorous story.

It was Thanksgiving Day for my friend’s family, and his son and nephew were playing Madden 1998, Lions vs. Packers, on the original Sony PlayStation console on their big screen television in the living room. The family was called to dinner, so the excited boys killed the power to the console, and made a beeline to the dining room. The whole family was seated around the table ready to pray, when they realized Grandpa’s seat was empty. Concerned, my pal ran to where he was last seen – the living room. There stood gramps tapping on the front of the large screen television, he looked at my friend and said “I don’t know what the hell happened – I was watching the damn Lions game and the screen went black. There was only 3 minutes left and the Lions were down by 3, I have to see if they pull it off.”

That was 15 years ago. If any of us were to compare the visuals of Madden 1998 to Madden 25, there would be no reason to even believe this story. But it was true, it really happened (verified later by the son and wife), and it is a testament to how much detail has always been put into the Madden franchise to make it the most realistic NFL gaming experience year after year. 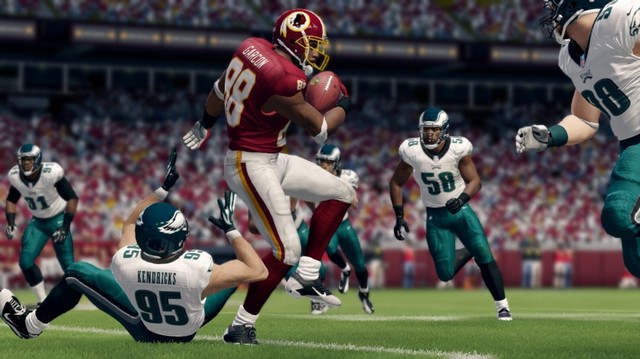 Well kind of, because there was a period in the early 2000’s in which 2K Sports’ NFL 2K series was beginning to dominate in terms of gameplay, it was then that EA secured an exclusive deal with the NFL, effectively putting 2K out of the market for five years. This exclusivity was extended, making Madden has been the only face of NFL console gaming.

2013 marks the 25th Anniversary of the Madden franchise, and as so they have eschewed the traditional yearly designation (i.e. Madden 2014) to simply call this one Madden 25. Featuring Lions (yeah!) great Barry Sanders on the cover, Madden 25 is hands-down the best NFL gaming experience to ever appear on a gaming console, period. However, given the fact that it is pretty much the same game as last years’ model (the prior best NFL gaming experience on a gaming console, period), regulars of the series may find themselves less than impressed with the lack of new features.

I don’t generally like to discuss presentation prior to gameplay, but the most impressionable aspect of Madden 25 is the absolutely incredible visuals and character models in the game. While we laugh a gramps mistaking the 1998 version of Madden for the real thing, I would have no doubt that gramps would be duped completely by Madden 25. It looks absolutely stunning. Well, maybe not so much the crowd, which after all these years is still represented by layered cardboard cutout sprites that rise and fall in unison – seriously, guys if you are going to use these flat paper-thin stencils, then don’t give us stadium seating shot angles going into halftime that highlight the ruse. 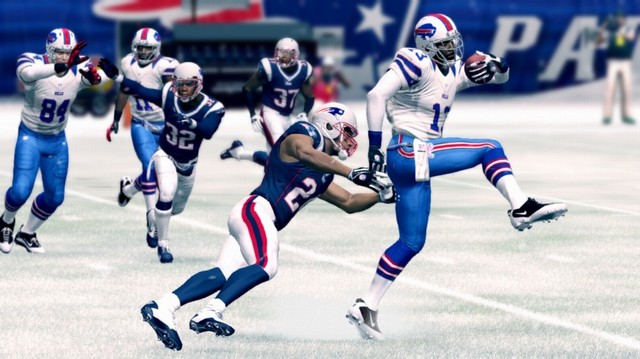 Still, the players are incredible – they move realistically, they react to force and momentum believably, and they just plain look fantastic all thanks to the Infinity Engine 2. Likewise, the stadiums are impressive and deliver an awesome sense of scale, and the sidelines are busy with layers and coaches watching and reacting with convincing accuracy.

The audio presentation is spot-on as well with Jim Nantz and Phil Simms providing the play-by-play commentary. The developers note that the Madden 25 includes over 80 additional hours of conversation which helps add to the authenticity of the presentation. In my ten hours of gameplay, I have yet to hear a particular phrase or comment that seems to be recurring out of the ordinary – a big change from what we had become used to even as recent as two years ago. There are still the occasional odd delays and miscues in the in-game announcements, but it is far less frequent than what we were willing to put up with in the past.

As for the gameplay, it remains largely unchanged over the previous year, save for two new mechanics to the running game: Run Free, and the Precision Modifier. While not technically independent of each other, the two are actually enhancements that work in combination to make the standard 8 running moves and expand them to a total of 30.

Gamers use the Precision Modifier (L-Trigger) in conjunction with the Sprint (R-Trigger) and the face buttons to come up with modified versions of the traditional spins, hurdles, dives, stiff arms, and jukes in an attempt to gain an edge on the defense. In practice, these modifications are largely aesthetic – simply making the game appear more realistic, than actually resulting in successful (and repeatable) actions – they do add a bit of flair to the course of events. 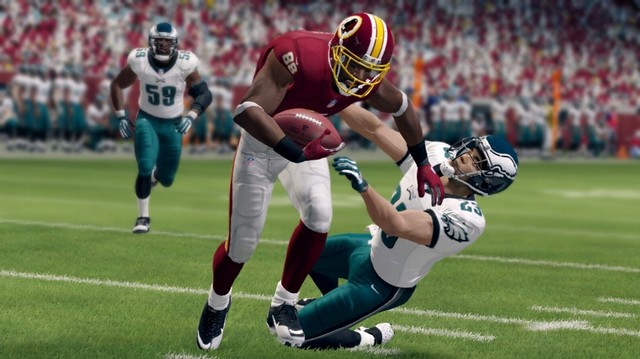 Last year’s Connected Career mode has undergone a name change to Connected Franchise, and in doing so has also experienced a few modifications to make it more accessible to the less-fanatical gamer. Pretty much everything has been given a boost to allow gamers to accumulate XP quicker and build successful franchises at an accelerated rate. The game also gives quicker feedback earlier in the season, allowing gamers to realize areas of improvement and make decisions at a more rapid pace.

For the older fans like myself, Madden 25 also lets gamers develop All Star Teams with some of the greatest players of all time, from the aforementioned Barry Sanders, Deacon Jones, Franco Harris, Mike Ditka, and even William The Refrigerator Perry. These names probably mean nothing to the under-25 set, but for us post-40 gamers it definitely warms the heart.

There is no doubt that Madden 25 represents the best NFL gaming experience to ever appear in video gaming. While it may not impress regular customers with its minor enhancements over last year, as a package it is a culmination of 25 years of gameplay and presentation excellence. My friend’s father is almost assuredly gone (my friend passed away in 2006), but I am sure that if they had Madden 25 at this year’s Thanksgiving Dinner they would all be waiting to see if the Lions could pull it off. 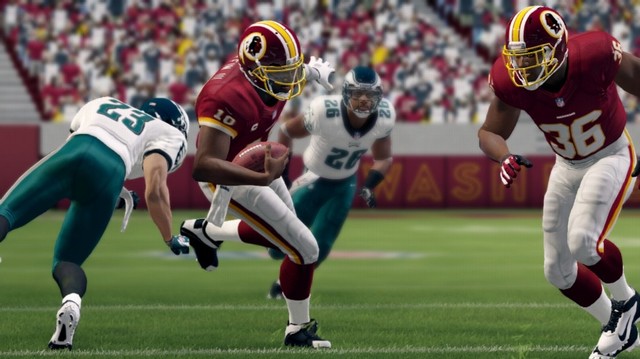 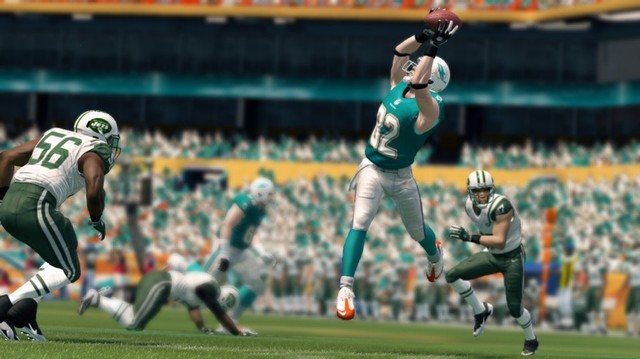 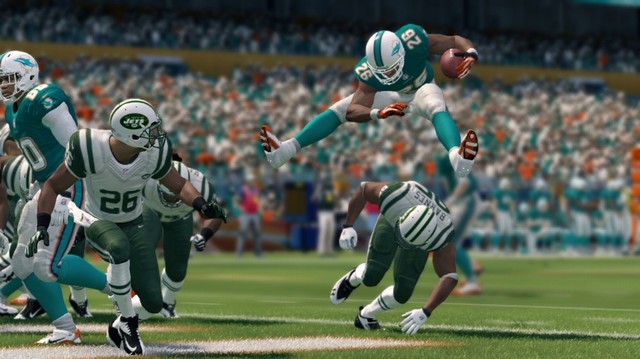 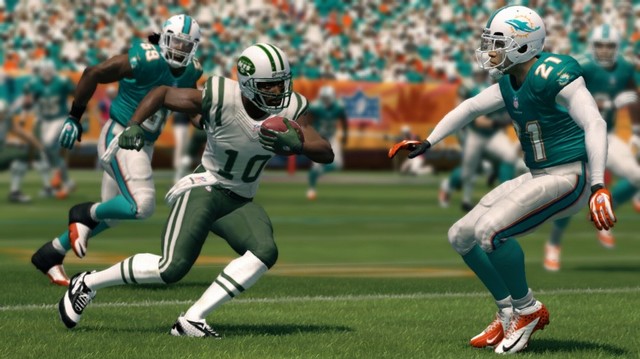 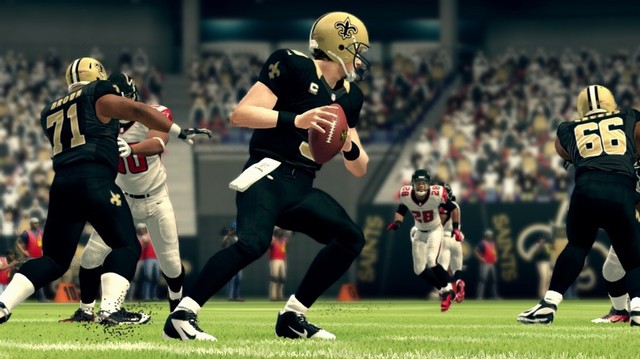 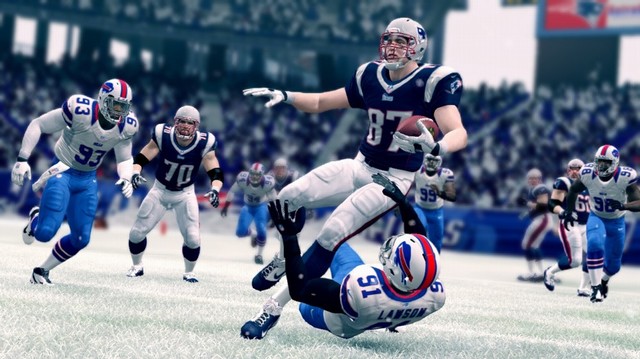 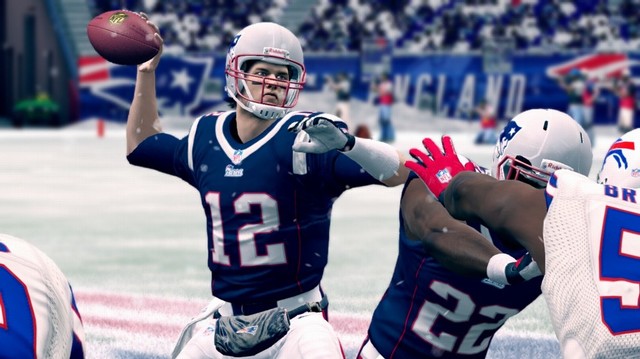 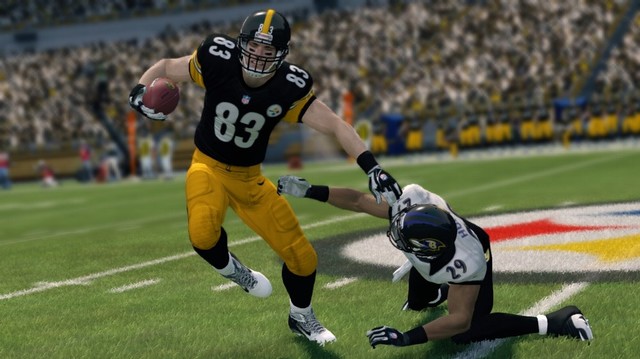 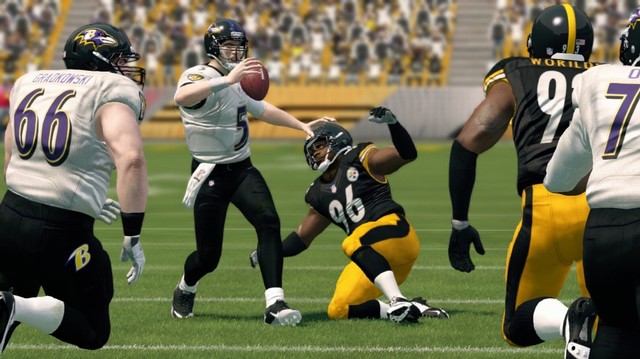 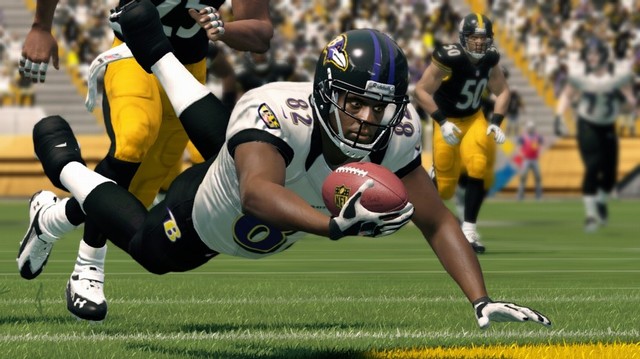 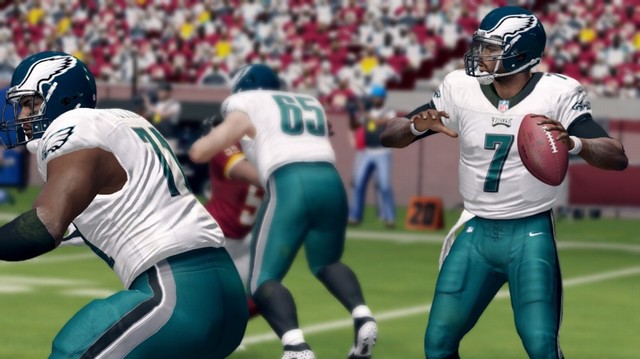 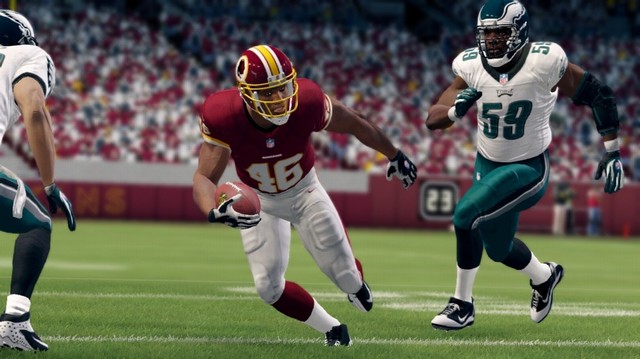 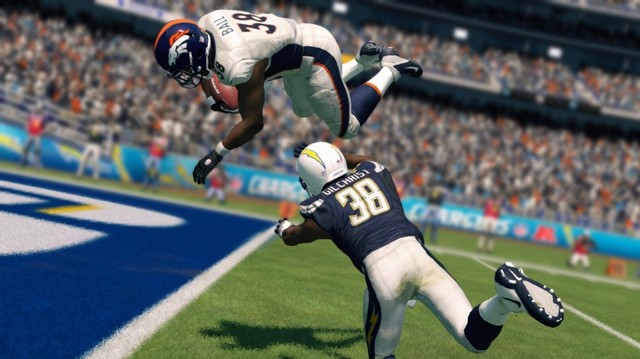 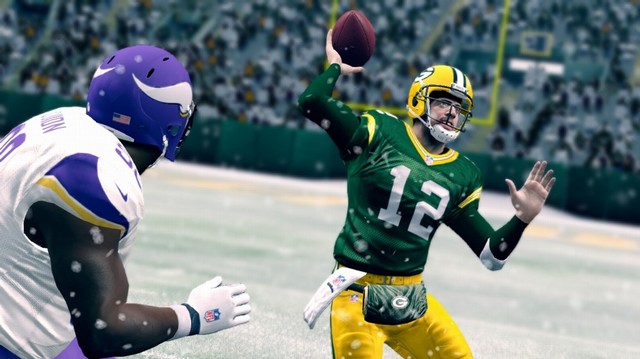 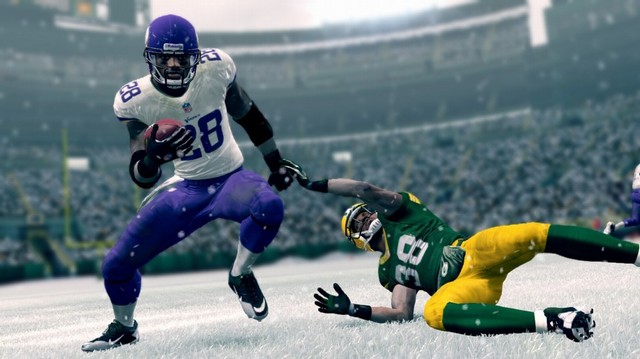 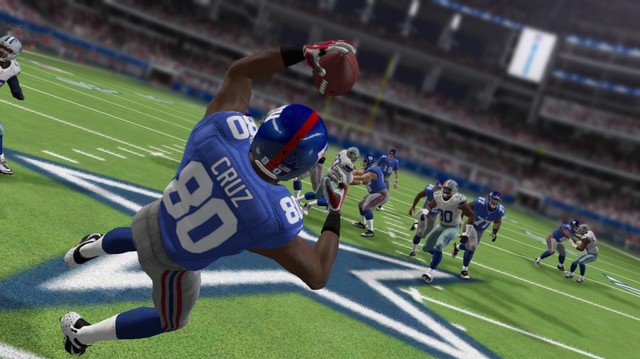 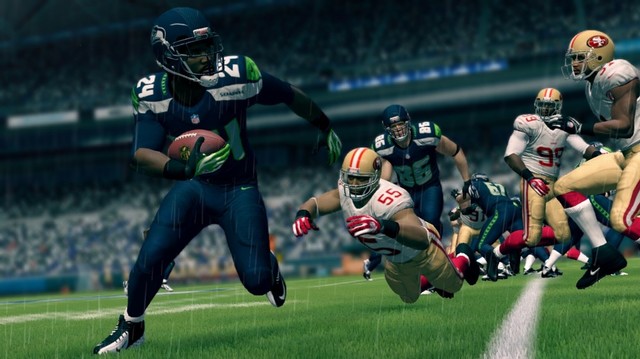 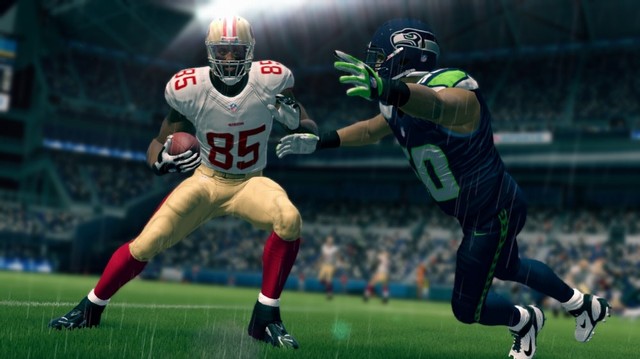