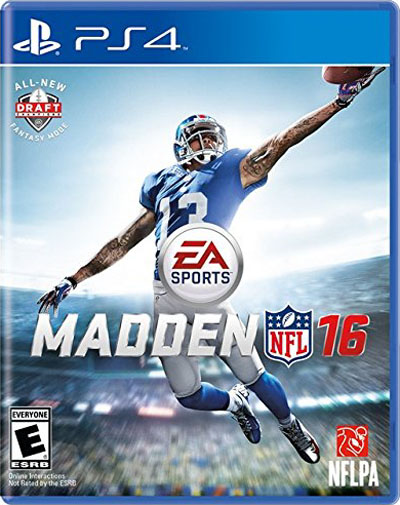 Poor and inaccurate commentary
Be a Player mode is tacked on

A remarkable achievement in next-gen sports gaming and the best iteration of the series to date.

Perhaps the biggest change for Madden NFL 16 this year is the system I am playing it on. That’s not to say EA hasn’t nipped, tucked, and tweaked their annual installment in their never-ending quest for football perfection. Last year I concluded that Madden 15 was “hope for a new generation”, and that hope has become fully realized in this year’s release. While there is (and always will be) room for improvement, Madden 16 is a remarkable achievement in next-gen sports gaming and easily the best iteration of the series to date.

Impatient gamers can jump right into a Superbowl game while 20+ GB gets installed to your PS4 hard drive. If you do play during installation framerate will be all over the place, but this is not indicative of the post-install game.  This opening game serves as a great introduction to what waits ahead, and I encourage both rookies and veterans to check out the Gatorade Skills Trainer afterwards that will reacquaint you with old concepts and teach you the new additions to Madden NFL 16.

Every year Madden NFL gets one big feature addition and this year that is the Draft Champions mode. This is the perfect blend of Fantasy Football and EA’s famous Ultimate Team. You’ll create your team over the course of a 15-round draft choosing from some of the best the NFL has to offer. Once your team is assembled you’ll test their might in three games against the computer. Winning earns you bonuses while losing sends you back to the drawing (or drafting) board to start over. Much like real Fantasy Football, the real joy is defeating your friends with your custom teams, and Draft Champions fully supports online multiplayer. 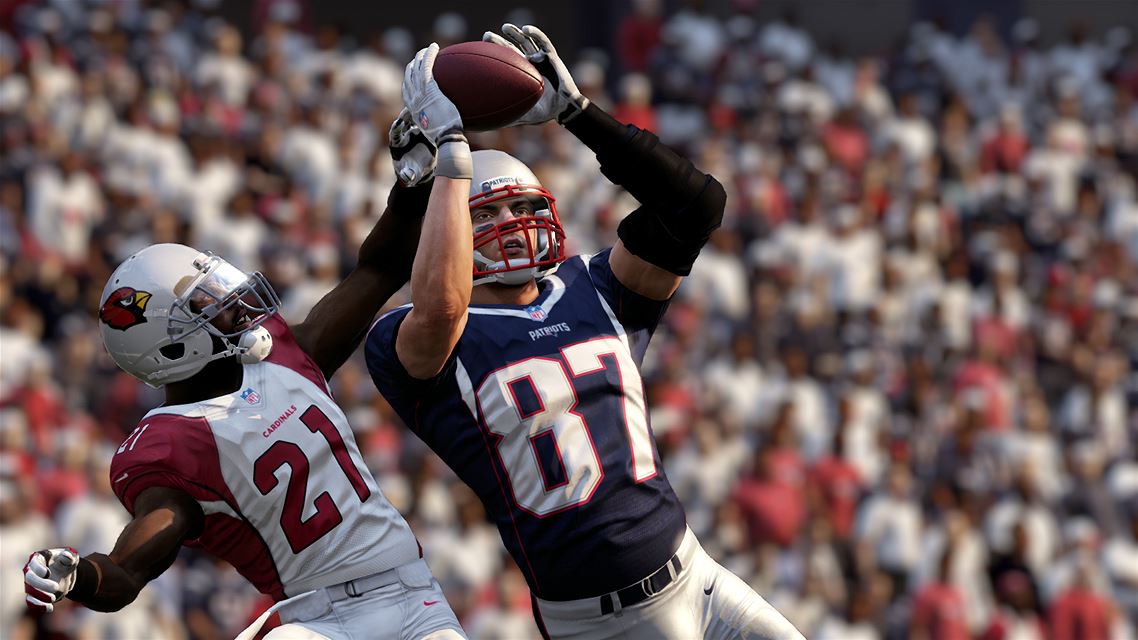 For those who never got into Fantasy Football or those who never cared or played the Ultimate Team modes in any of EA’s sports games; I highly recommend you check this out. While I admit to not being a fan of either of these separately, somehow by combing the two EA has managed to create a mode that is actually more fun than many of the traditional game styles. During my review I had some friends over who are heavily into Fantasy Football and they were getting into Draft Champions with as much fervor as their own fantasy draft.

Franchise mode also gets some slick improvements with the addition of milestone objectives that task you with a variety of mid-game goals that, when checked off, will improve your team’s morale. Personally, this changed the way I played the game entirely. No longer was I of single mind to simply get the ball into the end zone. I was now obsessing over passing for x-many yards or rushing for x-many yards. Finally, it wasn’t about just the destination (aka end zone) but more about the journey. Sure, you can ignore these challenges, but there is no denying the perks you get from completing them really pay off in later games.

One thing Madden has never been lacking is presentation quality, but this is the first year where new technical enhancements to the visuals actually improve the gameplay. You may have noticed that network coverage of real football has managed to get the camera right down on the field almost putting you in the game.   This is something that you would think video games would have no trouble pulling off but it is only this year that the game camera has been modified to get you closer to the action, and it does so without compromising your field of view, reaction time, or gameplay. 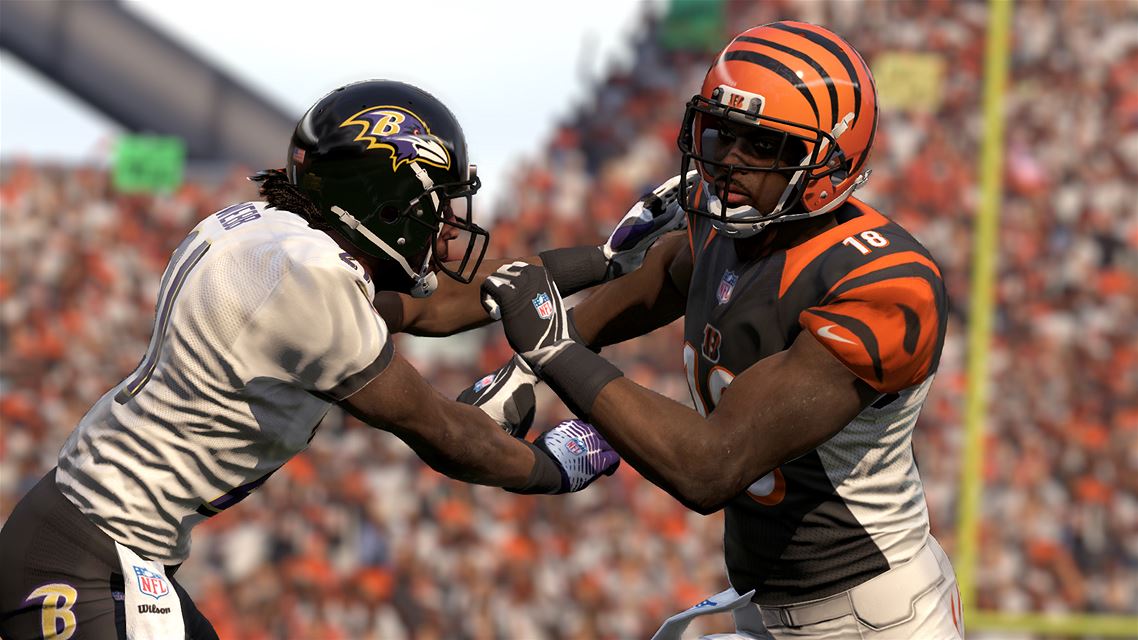 One of my favorite new elements is the augmented reality approach to having player stats appear in the game right by the player. But the biggest improvement award has to go to the menu system. The new interface borrows heavily on Windows Metro panels and allows you to navigate to any mode, setting, or option with just a few button taps and not a single bit of lag or loading. It’s these “quality of life” enhancements that really pay off for those who spend hundreds of hours playing these games.

Visuals may have gotten an upgrade but the audio takes a huge hit with some poor choices (subjectively speaking) in music and some of the worst commentary since I’ve been playing Madden.   Phil Simms and Jim Nantz really phone it in this year with genuine disinterest and an obvious lack of enthusiasm.   It doesn’t help that whatever coding EA uses to tie their commentary to the onscreen action is either off in timing or just outright wrong – not all the time but often enough to notice and tarnish an otherwise great presentation.

EA has always seemed to alternate their yearly releases in focusing on either passing or running, but this year they come dangerously close to perfecting both. The biggest improvement is clearly in the passing game; not so much how you throw the ball, but with much more focus on how you catch it and what you do after the catch. In those precious seconds where the ball is in the air you get to decide if your receiver is going to make an aggressive catch, a possession catch, or if you are going to catch and attempt to run for more yards. This decision does not actually perform any part of the play, but merely sets up the AI and corresponding animations to execute your intentions. I did notice that the aggressive catch did seem to drastically improve the odds of your receiver catching the ball, even under heavy coverage, so this may need some balancing in a future patch. 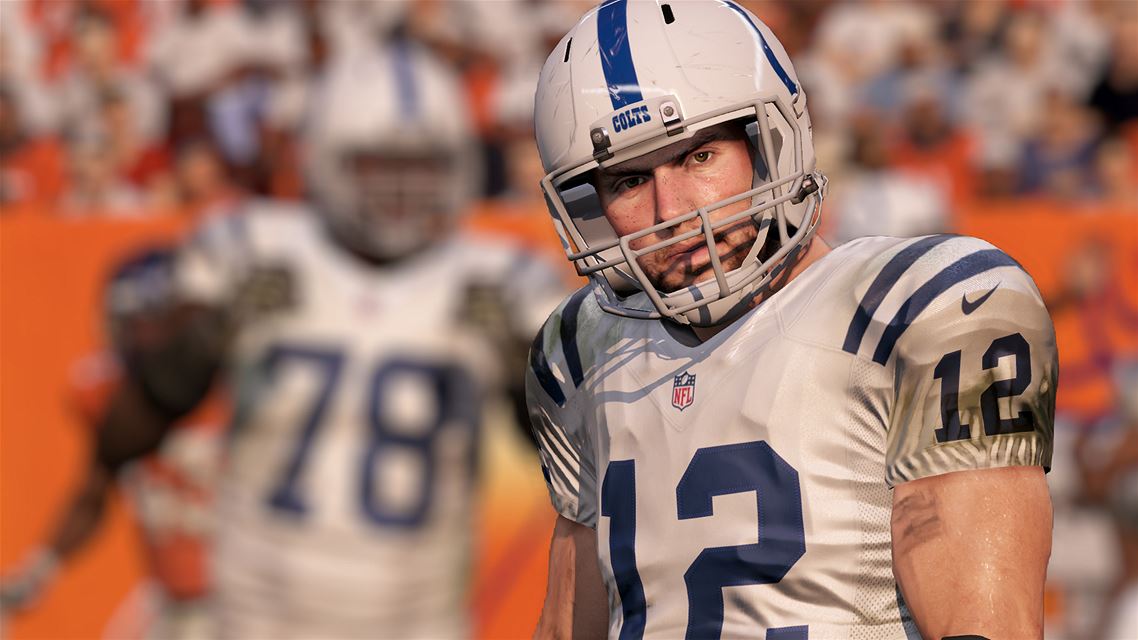 Your ground game also gets some much-needed improvements this year with tweaks to the way your running back is able to actually get through the offensive line. He’s almost as much fun to play as a tail back…almost. The ground game enhancements also carry over to defense where you will find all your players much easier to control, and if you are going after the intended receiver you also get a chance to signal an aggressive interaction in hopes of an interception. Aggressive interceptions are a risky move and can generate some of the best “shouting at the screen” moments in the game.

Sadly, EA has not seen fit to show any love to the Be a Player mode. When compared to career modes in games like the NBA 2K series Madden is lacking in nearly every way; so much in fact that it’s really not worth your time or effort. I found it totally preposterous that no matter what position you are playing in this mode you are calling all the plays – sorry QB, your services are no longer required. Plus, all of the fun trimmings of these career modes (draft, agents, sponsors, pimp my crib) are either lacking or completely omitted.   Either work on this or drop it entirely next year EA. 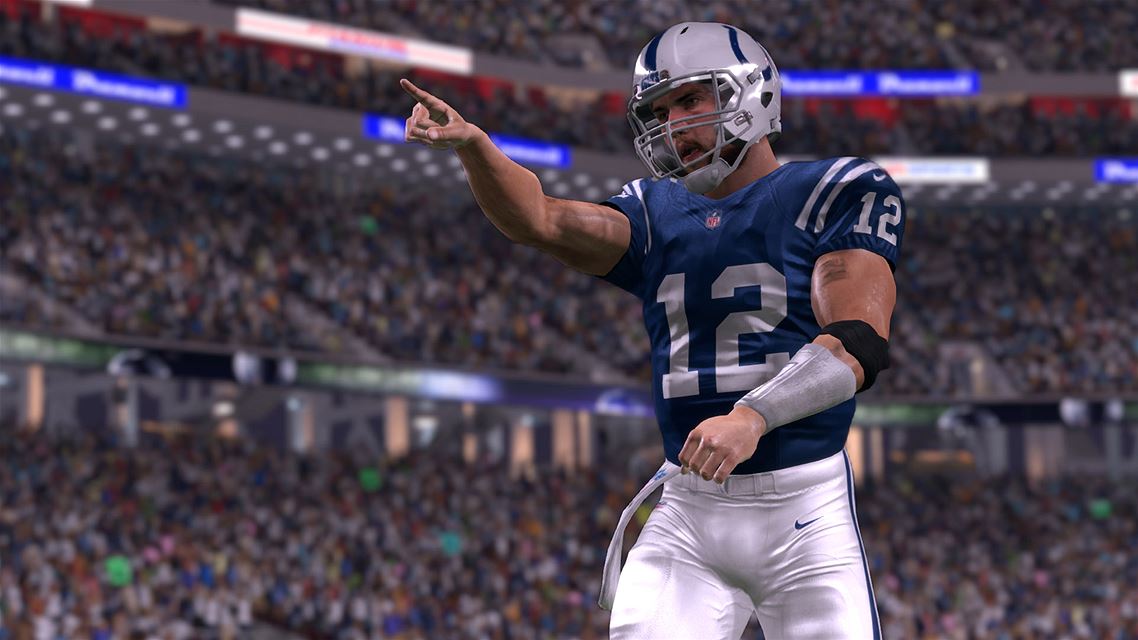 As for console specific issues or comparison, I did play several games on the Xbox One as well and I found the PS4 to have slightly sharper graphics and perhaps even a better or at least more consistent framerate. There were occasional moments of lag during online games on both systems, but they were rare and evenly split across platforms. I did find the DualShock 4 a bit more comfortable over periods of prolonged use, although the battery lasts only half as long as a fully charged Xbox One controller. There is no clear advantage to either system, so everyone wins. One major disappointment is the complete omission of Coach Glass. I was a big fan of using my iPad as a second screen device in the last two games. Now that I am getting into the fantasy and Ultimate Team modes I would really like to manage and explore those features on my tablet.

Overall, Madden NFL 16 is a big win for EA. The game has never looked better and once we get some fresh talent in the broadcast booth the presentation will be as close to perfection as watching the real games on Sunday (or Monday or Thursday).   The new Draft Champions is an exciting new way to play that seamlessly merges the nuances of Ultimate Team and Fantasy Football, and with significant upgrades to both the running and passing games along with in-game challenges that fuel your team’s future, Franchise mode gets a much-needed breath of fresh air.   This year’s Madden is a must for any dedicated football fan and if you were on the fence I would encourage you to check it out.   It’s a whole new game…well, not really, but it’s a whole new way to play an existing game. 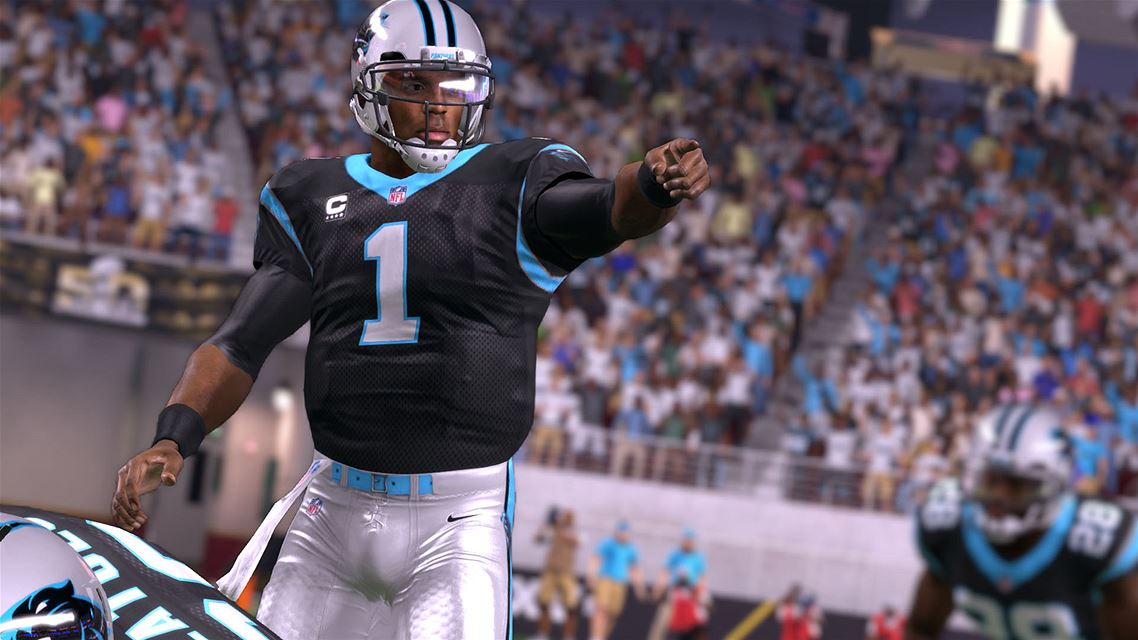 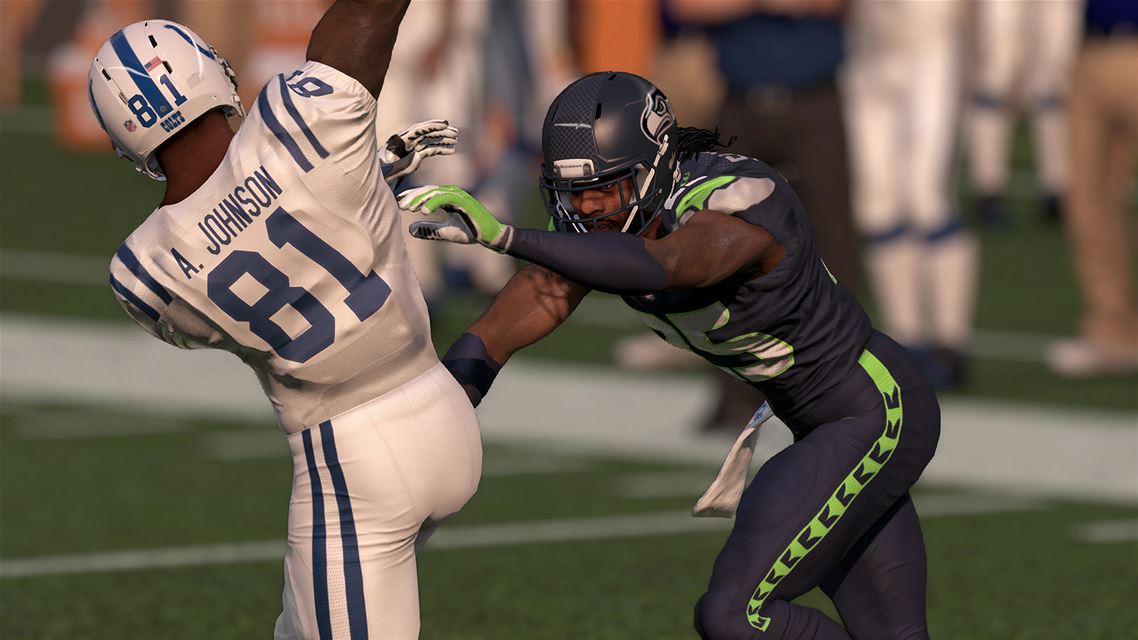 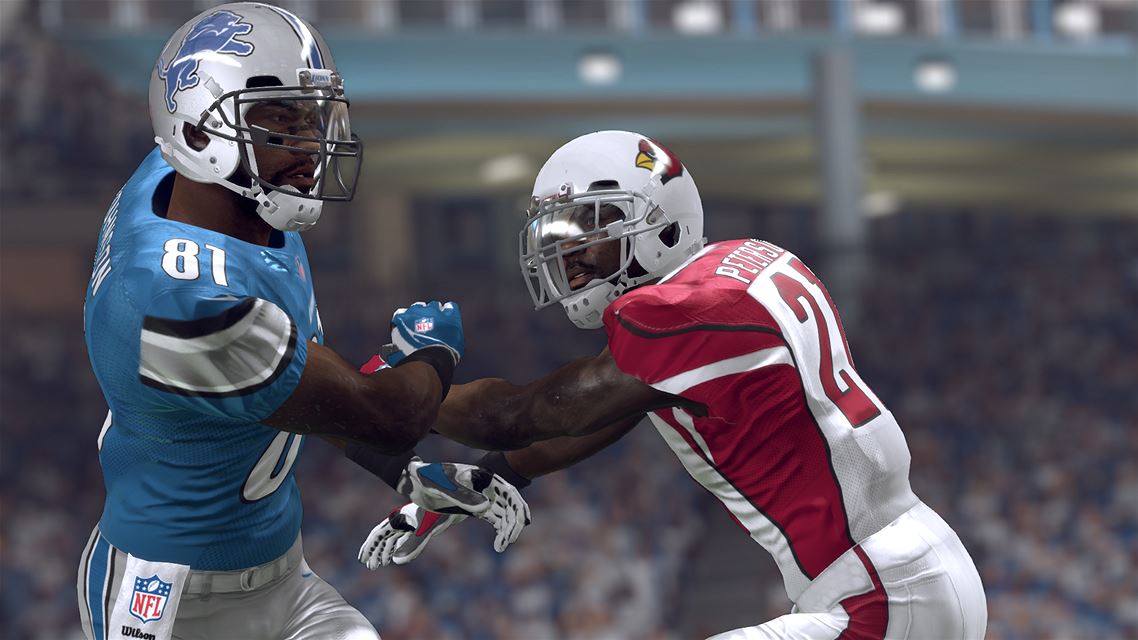 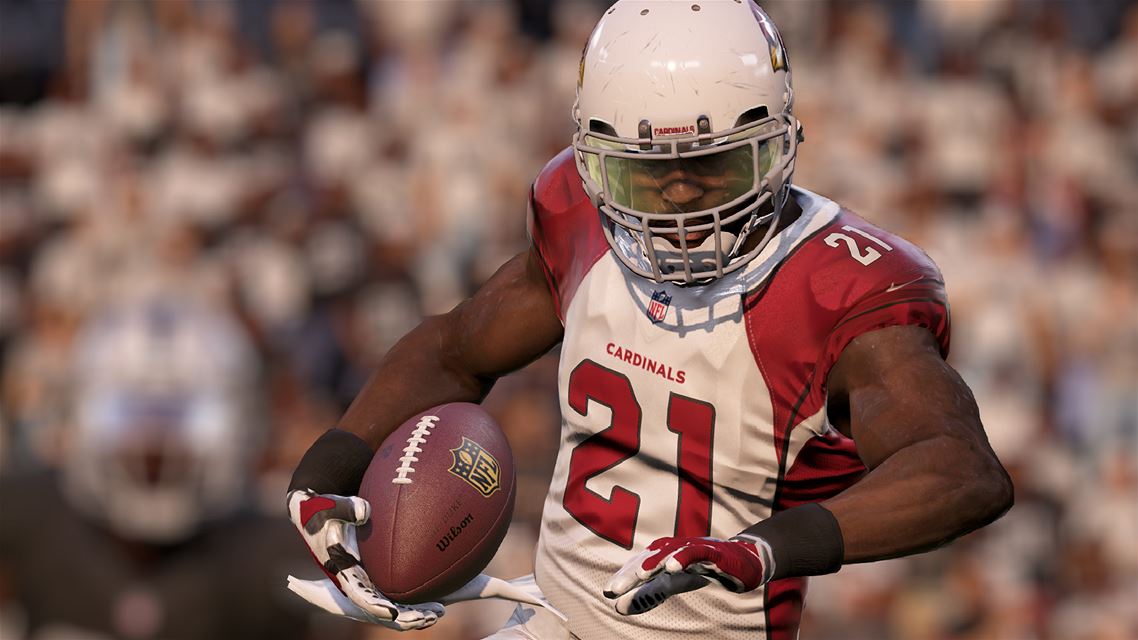 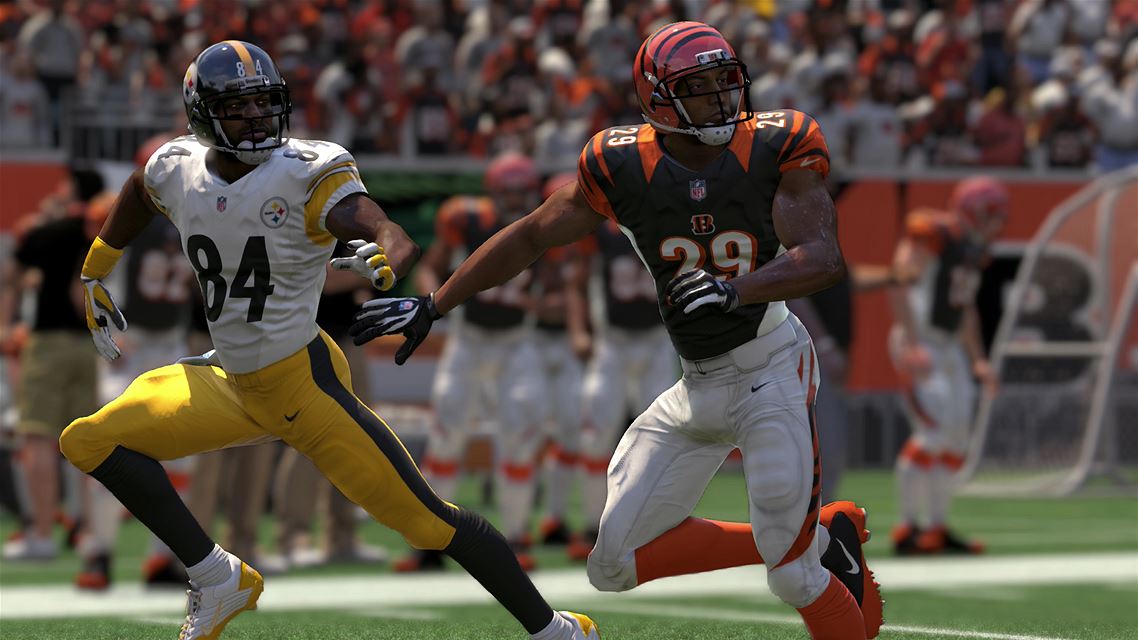 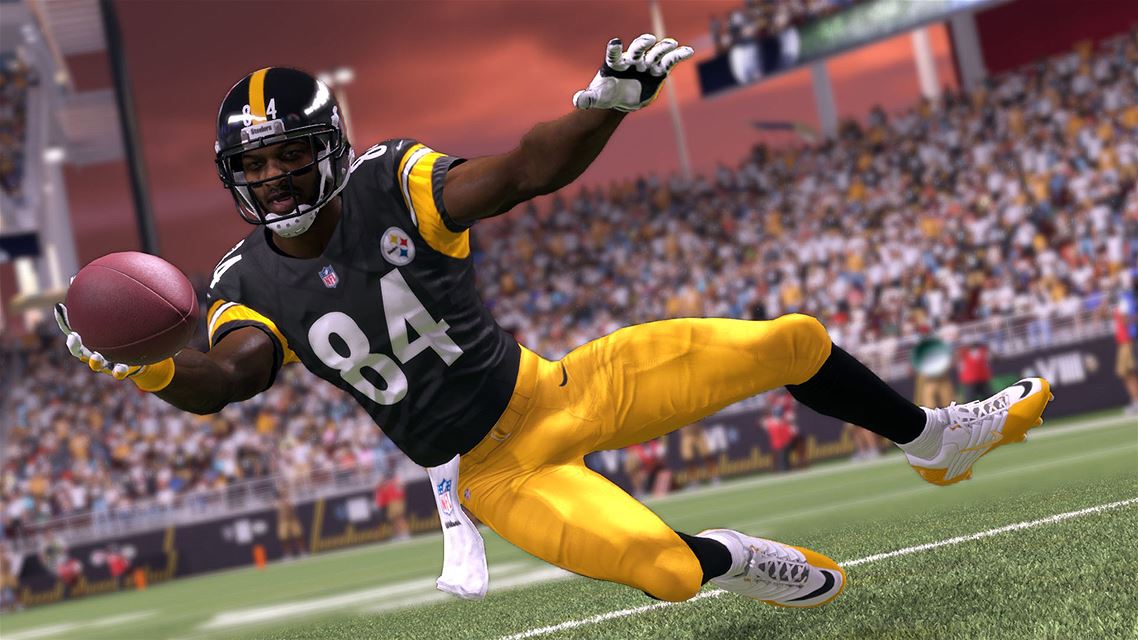 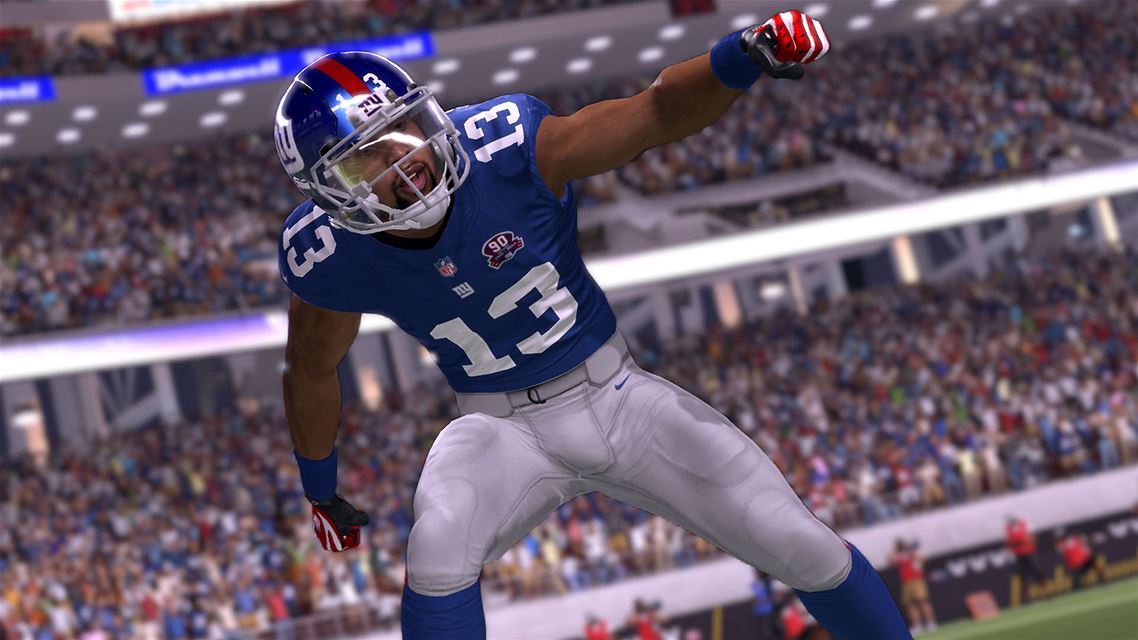 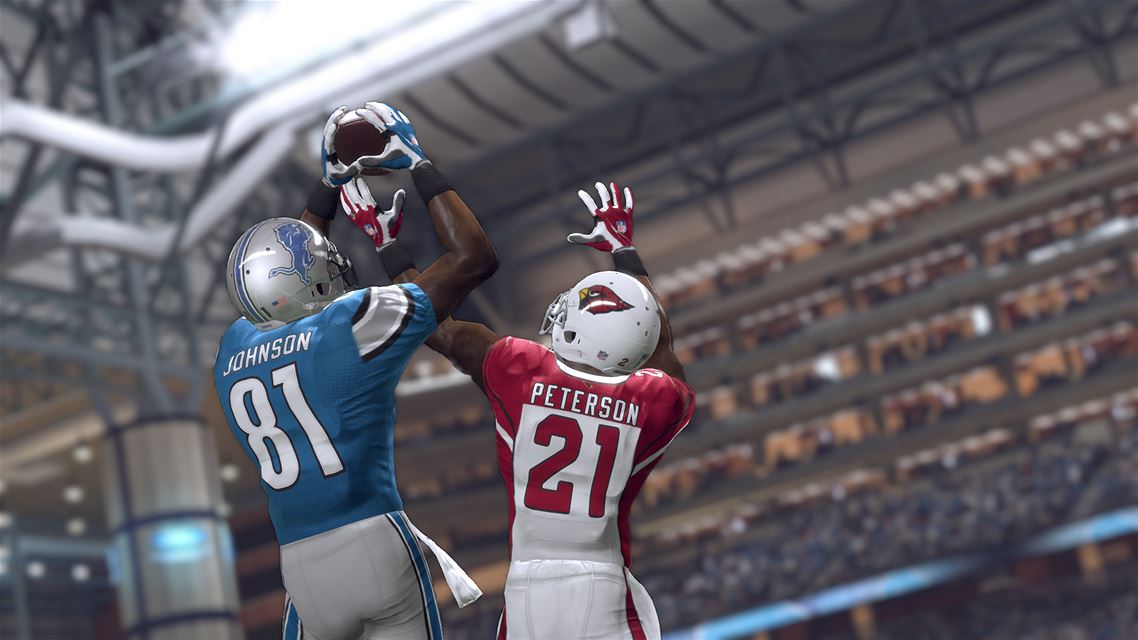 1
1028
The Walking Dead: Saints & Sinners Review – Oculus Quest
2
833
CRASH BANDICOOT 4: IT’S ABOUT TIME IS AVAILABLE NOW
3
833
Frictional Games Shows Off First Gameplay Footage of Amnesia: Rebirth
4
833
Join the Galaxy’s Finest as Star Wars™: Squadrons Soars Into Homes Today
5
833
The Falconeer First-Look Preview – PC
6
833
Metamorphosis is 33% Off on Steam!
7
833
Werewolf: The Apocalypse – Heart of the Forest launches on October the 13th
8
833
Synth Riders Celebrates Anniversary with a Month Full of Treats and an Oculus Ques...
9
833
Worm Jazz Review – PC
10
832
Take to the Skies and Choose a Side in the New Trailer for Next Generation Air Com...
All Original Content on Game Chronicles is Copyright (c) 2002-2020
Sinjin Solves Walkthroughs Copyright (c) 1996-2020 by Mark Smith