Lust from Beyond Review – PC 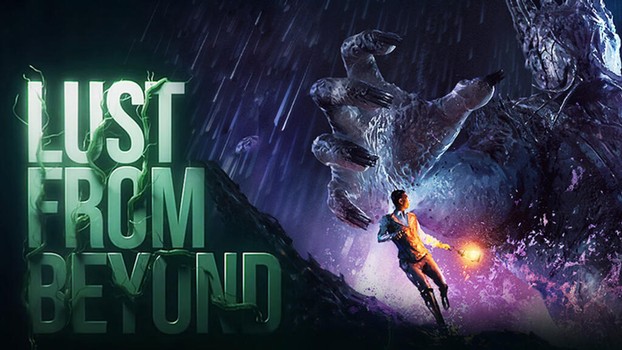 It’s not often you come across a game that raises a brow by its mere suggestive name. For me it wasn’t just because of the title, but rather my intrigue of its promise of darker things in the veins of Beksiński, Giger and Lovecraft. As horror stylings go those are some rather big names to draw inspiration from so I couldn’t wait to see what Lust from Beyond on PC had in store for me.

It should be said that Lust from Beyond, like its predecessor Lust for Darkness, should not be considered for the viewers under the age of 18 so fair warning. You are actually given an option to censor anything considered sexual into pixilation every time you load up the game but that takes away from the intended vision in my opinion.

As luck would have it I’d already experienced Darkness prior to playing this new adventure so I had some idea of what to expect. Though I have to say that the gameplay experience I engaged in with Lust from Beyond was quite a bit improved since Darkness’s release in 2018. It’s clear that the developers really dove deeper to polish their crafted vision here as you assume the role of Victor Holloway. 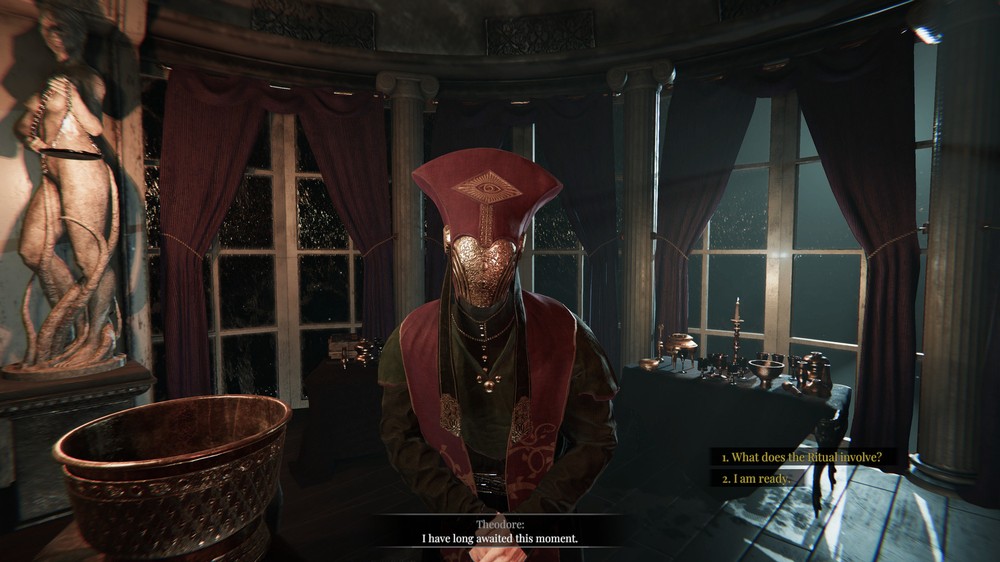 You see Victor, when not apparently hunting down desired treasures and artifacts, is haunted by dreams of a dark and twisted world whose denizens seek to harm him. One of these nightmarescapes causes him to panic and lash out against someone he cares about. It seems that Victor has a few issues and rather reluctantly seeks out the help of a Doctor Austerlitz at love interest Lily’s suggestion. Of course this means traveling to the beyond creepy town of Bleakmoor which despite the name looks like a very suggestively themed hotspot version of New Orleans. While this isn’t Innsmouth there is still something very off behind the façade of neon.

Even this Lovecraftian creepy town is nothing compared to the alien world of Lusst’ghaa which is inspired in a wonderful mix of both the late Giger and Beksinski works. The wonderfully created worlds here in Lust From Beyond capture the organic alien look so well I’d almost say Giger had a hand in this too if it were possible. It was also oddly pleasing to see how much of Polish artist Beksiński’s style was found throughout many of the statues and other elements throughout my adventure. 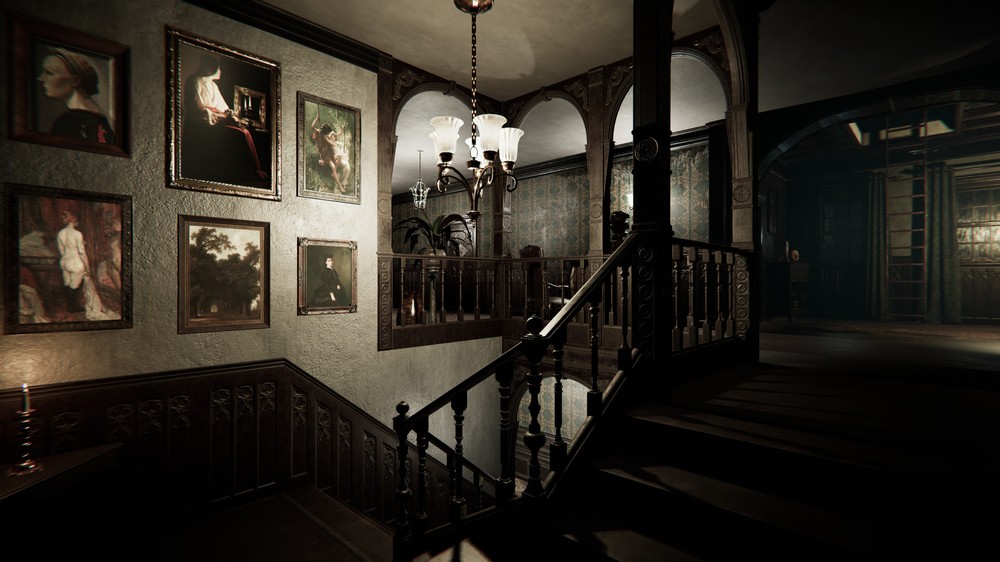 You’ll be able to better appreciate the polish found in Lust from Beyond as it is presented in a first person perspective much like Darkness was. As you spend much of your time going back and forth from Bleakmoor to Lusst’ghaa you’ll be interacting with the world much like in any modern adventure title. Beyond uses a rather fluid mouse click hold and drag interface to interact with items like doors, drawers and levers which worked pretty well. The one minor issue I had was with the quick time events as I felt they were a little unclear on their purposed input requirement.

The rest of the time you will go into pure adventure mode as you click on everything of interest when close enough. While you can actually interact and inspect a fair bit of items many are there for show, adding a bit of personality and depth to the world. Any item of significance can be added to your inventory some which are interestingly questionable. In true adventure fashion there are a mix of puzzles that you have to progress. While some of the solutions are practically handed to you nearby others will take a little digging, as you are only presented with a partial solution. These later puzzles offered me the most enjoyment as a fan of adventure games growing up. I also rather enjoyed the “essence” mechanic used to aid you in subverting your enemy’s attempts to keep you from your goals. You can use essence by creating light beacons and even path across otherwise unpassable pits to draw them far enough away to complete whatever your goal is especially if you lack means of defense. 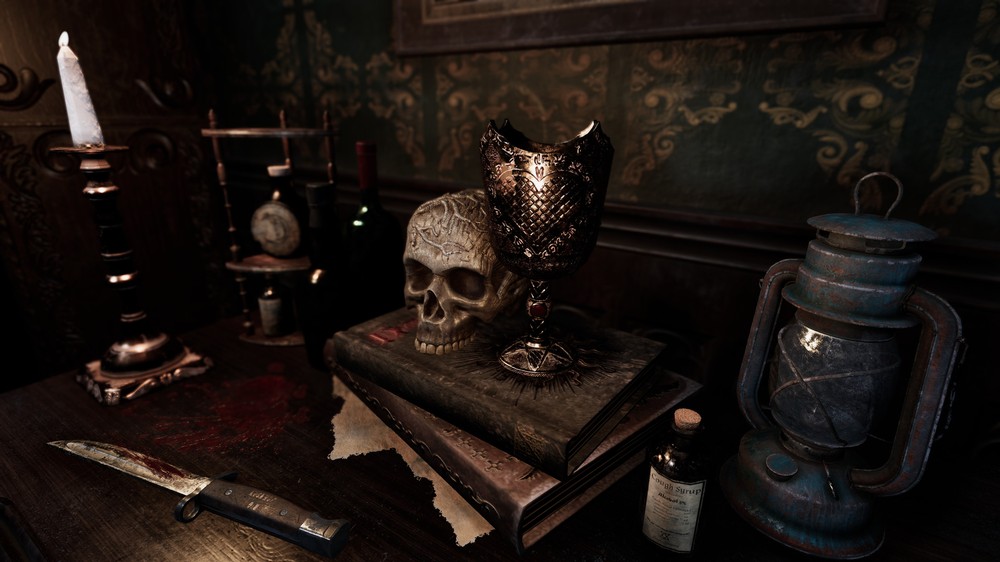 You are actually told early on that stealth or straight up running from your enemies are your best chances for survival especially in Lusst’ghaa. Lust from Beyond however doesn’t leave you completely defenseless though as you gain access to a knife and even a revolver throughout the adventure. Of course the latter option has a limited ammo supply so while it’s often enough to get rid of your problems easily you’ll want to save it for when you really need it. One such need for it is the bosses that you will encounter throughout the story. I was actually surprised at this discovery as it added moments of more serious danger compared to the more manageable entities. You can actually take damage throughout the game with few means to restore health such as daises found in key locations.

There is another type of damage you can sustain in Lust from Beyond though that plays to Lovecraftian strengths. At certain events and cues present themselves Victor will take a hit to his sanity meter. There are pills you can take if you’ve found any that will restore this meter a little at a time. However taking in too much horror will have devastating effects including making you disoriented, messing with your controls or worse. Several of Lovecraft’s mainstay elements are in place pretty much from the very start including a primeval deity and occultism. 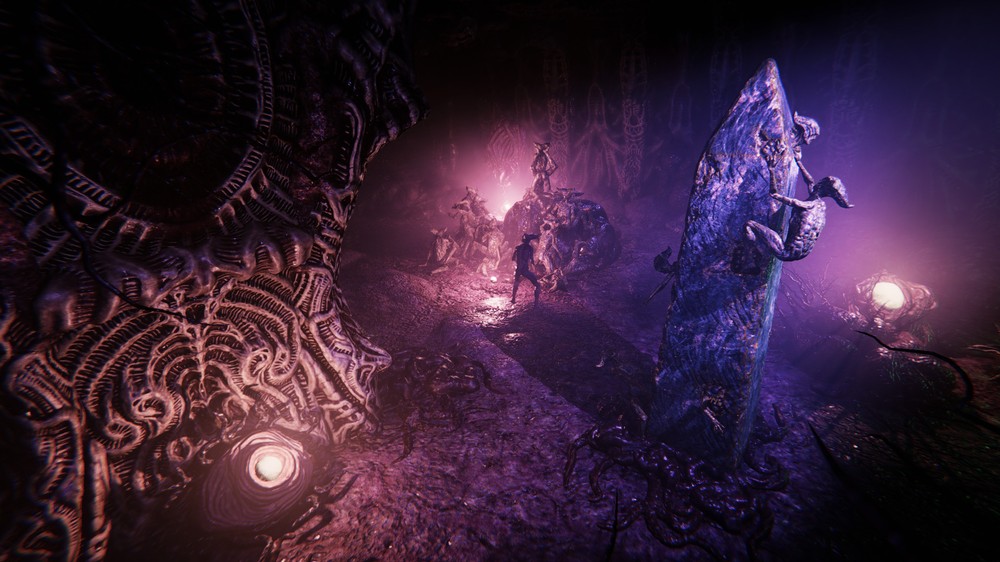 While Giger and Beksiński’s inspirational presence in Lust from Beyond is a visceral visual presentation it takes Lovecraftian influence to showcase the horrific side to carnal desire and ecstasy. It does so in a real and cosmic sense in the well scripted narrative. That’s an even more twisted thought considering Lovecraft’s aversion to anything sexual in his actual works. Yet despite considering that knowledge, Lust from Beyond manages to elevate itself above its predecessor with a deeper crafted narrative, more detailed environments and refined gameplay that I thoroughly enjoyed.

That’s a good thing too as there is incentive enough to play it again to see the repercussions of the other choices you didn’t make throughout this tale. Of course I couldn’t pass up another opportunity to take in the visuals and sound work that went into crafting the environments and atmosphere as the real world was often just as creepy as the twisted landscape of Lusst’ghaa. If you love the works of Giger, Beksiński and Lovecraft then you have to check out this beautifully crafted dark tale of erotic desire, fear and horror with Lust from Beyond available now on PC.