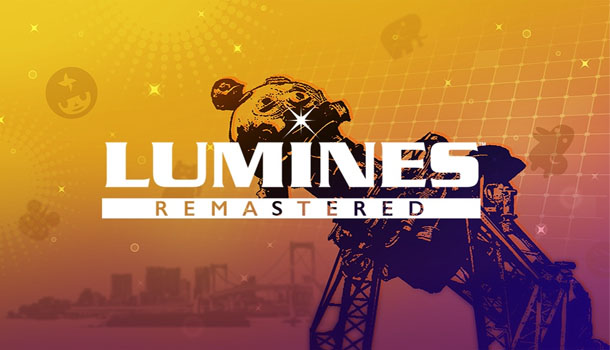 After six long years the critically acclaimed seizure-inducing music-puzzle game, Lumines makes its triumphant return to consoles and PC with the all-new Lumines Remastered, a supersized edition of the game featuring an anthology of previously released content as well as a new visual upgrade for HD and 4K support. Ironically, it’s been six years since I last played a Lumines game on the PS Vita, and it was six years before then that I first played Lumines on the Sony PSP in 2005 and then the sequel and Xbox Live Arcade port in 2006. I’ve logged more than a hundred hours across all the versions of Lumines, so all the intense gameplay and familiar techno beats were instantly familiar as I dove into this remastered edition on PC.

Often dismissed as “Tetris without shapes” there is a unique dynamic to playing Lumines. Every shape that falls is a 2×2 block with one of two colors in each of the four squares. As the blocks fall you want to create groups of 2×2 or greater adjoining colors so those blocks will be removed the next time the sweeper line moves across the screen. This delayed removal system allows you to potentially create multiple matched groups of blocks, thus increasing your combos and overall score. 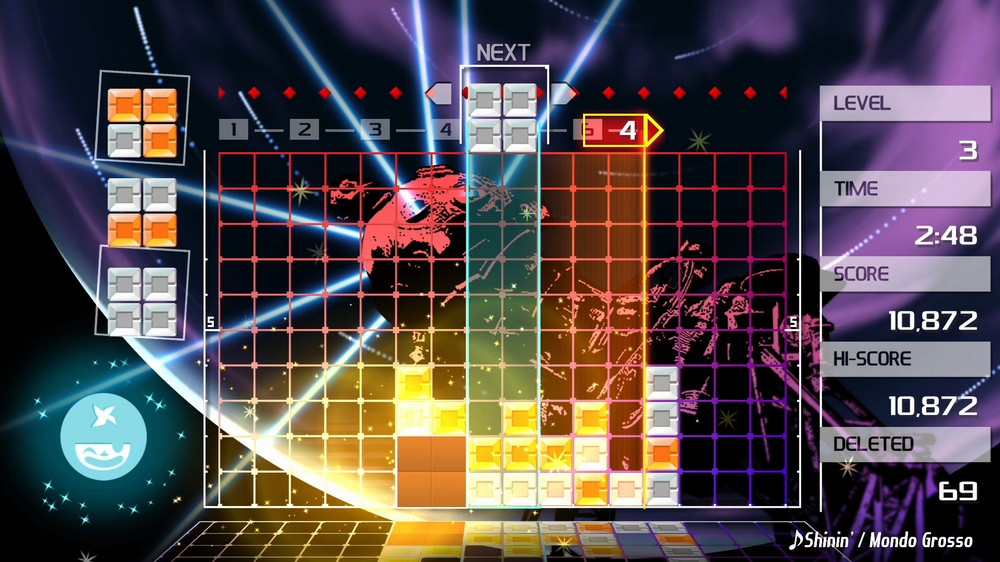 That’s about it. I can’t say much more about the gameplay that hasn’t been said in my other four reviews over the past 13 years. It’s a pure casual arcade puzzle game that you play until you lose, which for me is usually about 20-30 minutes into the game when the blocks start raining down so fast you barely have time to rotate them more than once or twice. Thankfully, there are plenty of other modes other than the basic Challenge mode to keep you busy.  The Puzzle mode where you are tasked with creating specific shapes is super-fun and difficult. There are a lot of custom upgrades like skins and avatars to unlock and a fun two-player mode great for switching off at parties while providing upbeat tunes. There is even a leaderboard to track and compare your progress with friends.

One thing I did notice is that the game was much harder to play on my 75” 4K screen. Sure, it looks amazing, but having such a large screen space makes it much harder to take in the entire puzzle board at a causal glance. This was never a problem on the PSP or Vita, and even when I played the XBLA version I only had a 43” TV at the time. Playing this game on a large TV is like sitting too close at an IMAX movie. While I haven’t tried the Switch version of Lumines Remastered I can’t help but think it might be the most comfortable version to play. 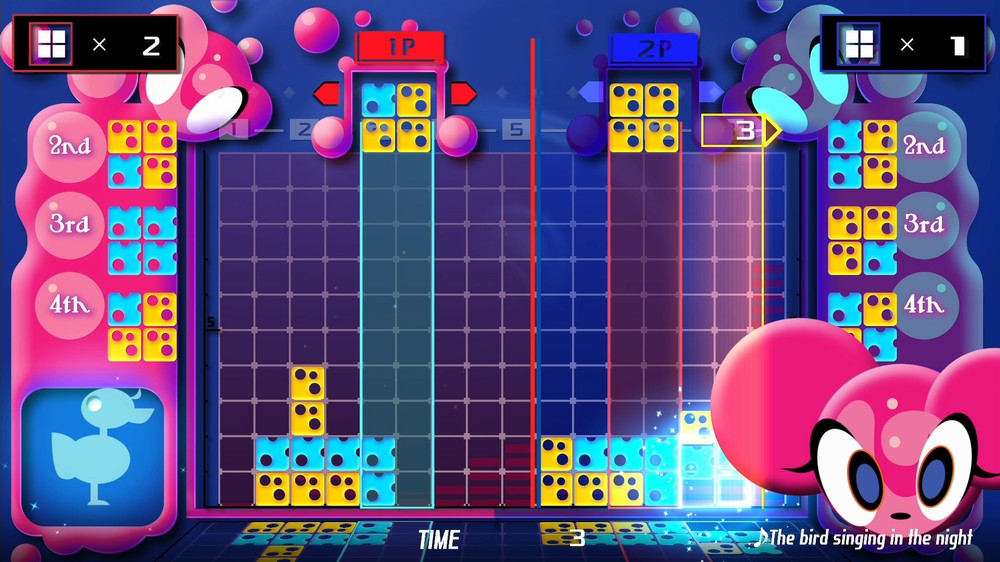 Controls are as reliable as your controller, and you might want to play with an Xbox Elite Controller for best d-pad response. Controllers with rumble can also take advantage of the Trance Vibration function that syncs your rumble to the beat of the music. The BPM of each song affects the pacing of the gameplay, creating a continual rise in tension to match the difficulty. Rotating and removing pieces also adds their own unique sound cues to the composition.

If you are a fan of any of the previous Lumines games then you are going to love this fantastic remaster, and if you are new to the Lumines puzzle world then prepare for a block-stacking game like no other. The unique minimalistic approach to matching colors to remove blocks has never been this cool thanks to trippy tunes and hypnotic backgrounds. A timeless classic has been reborn yet again. 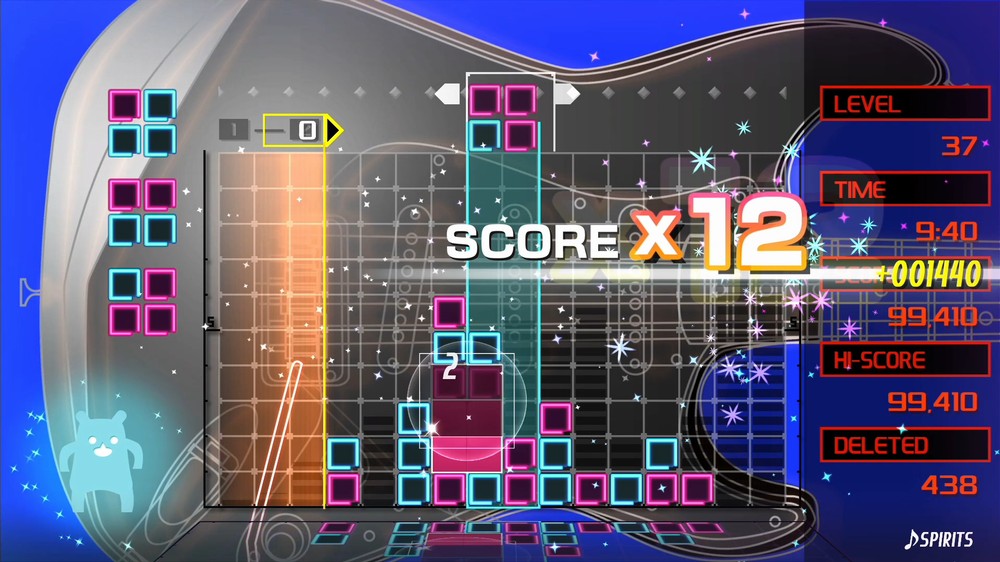 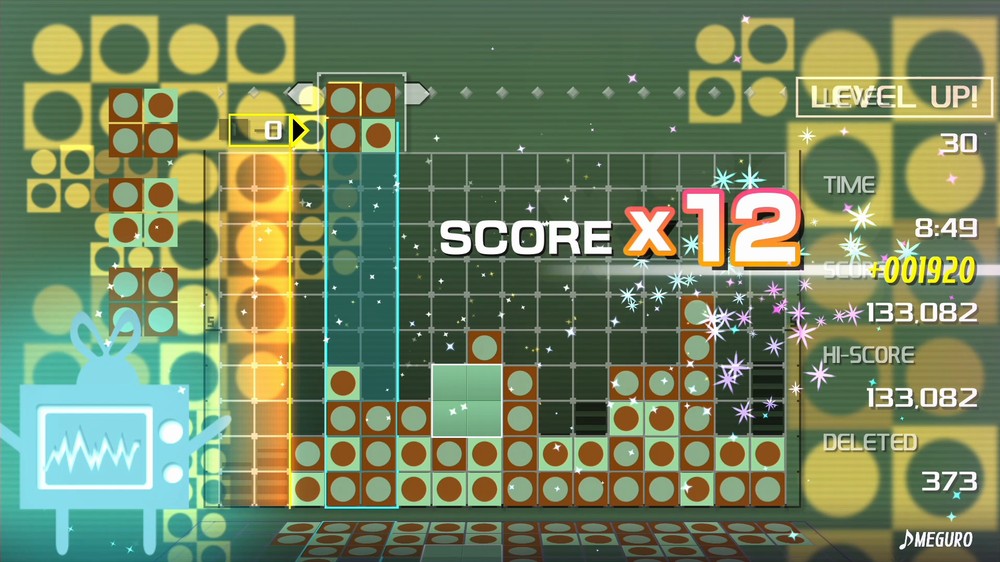 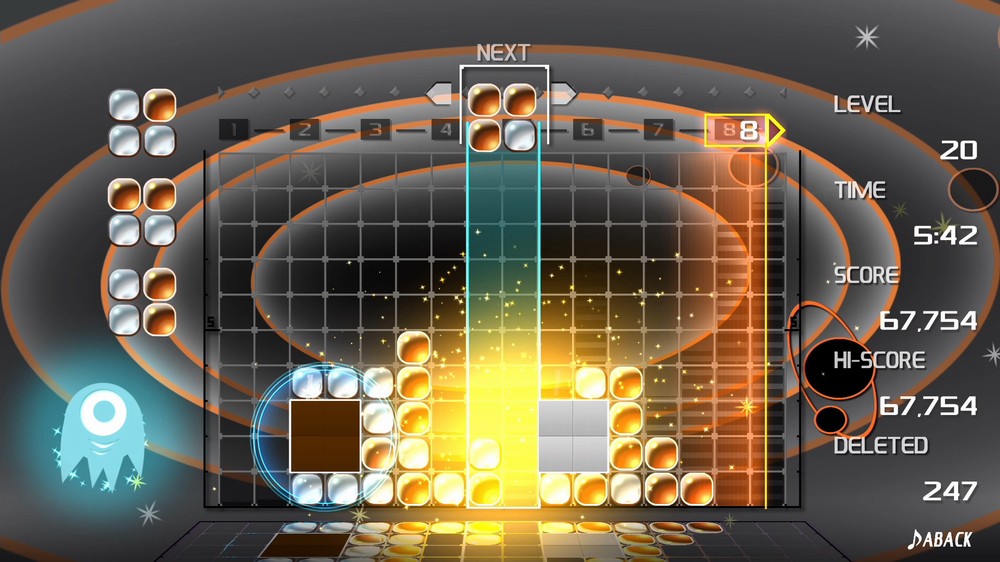 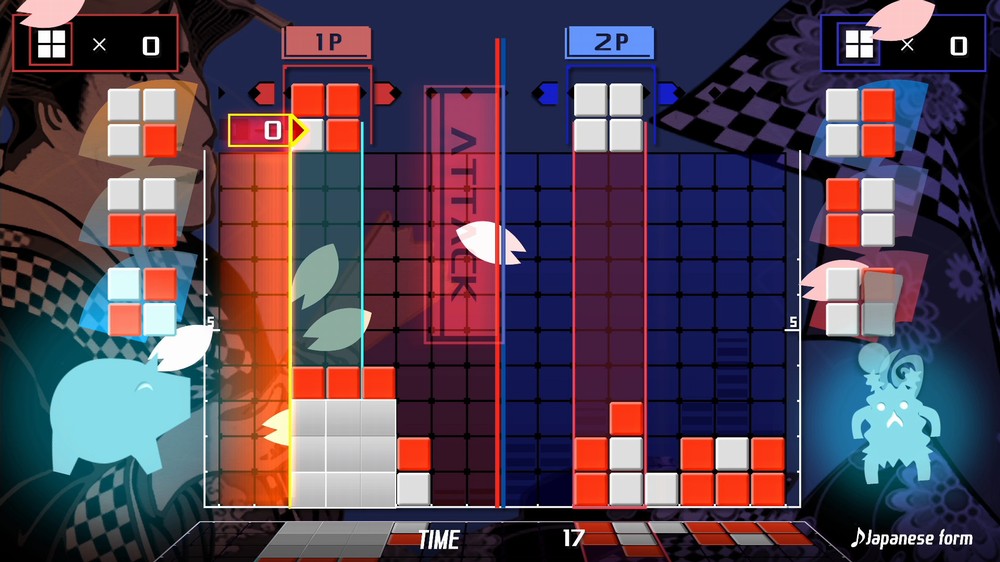 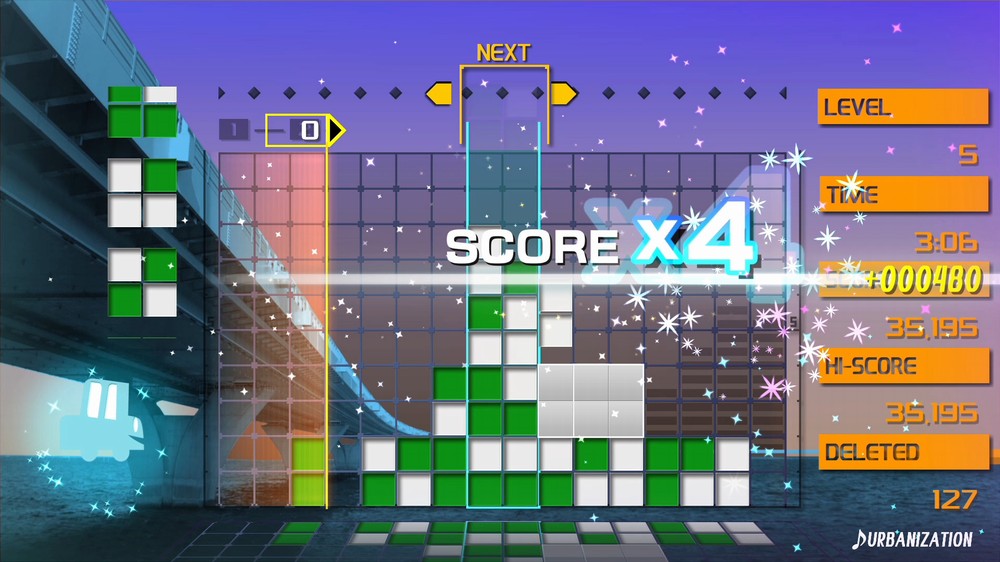 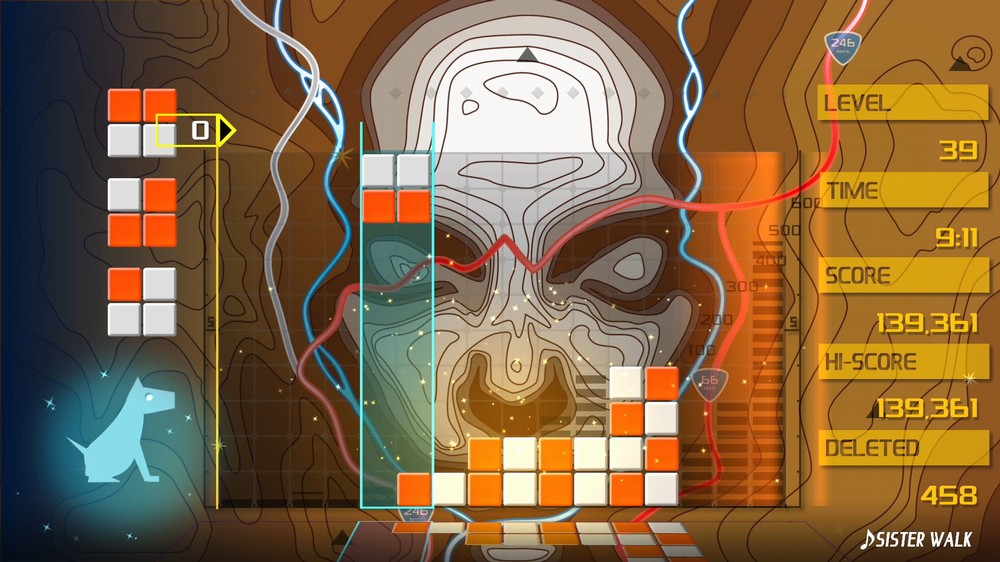 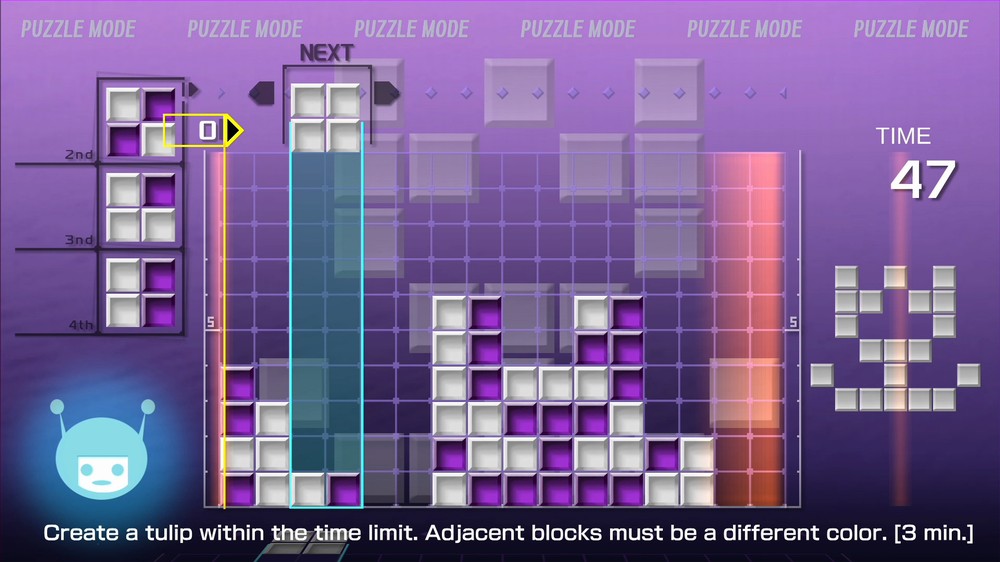