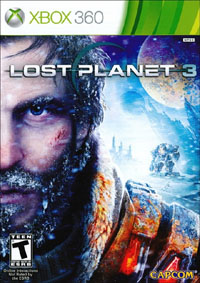 Offered some fresh new gameplay mechanics while still keeping to most of the trademarks of the series.

I’ve always enjoyed the fast paced nature of the Lost Planet franchise. While a lot of my friends hated the freeze to death mechanic of the original game, I welcomed the challenge. The second game reflected Wayne’s efforts and turned the once frozen E.D.N. III into a transformed warm planet taking thinks away from the frozen survival aspect and allowed players to team up with 4 other real players throughout the campaign which was cool, but lacked the story driven aspect of the first. The newly released Lost Planet 3 for Xbox 360 however takes the franchise back to its roots while changing things up a bit in a BIG way.

Lost Planet 3 for those that haven’t been hitting the media feeds hard is a prequel to the series and returns the planet to its Extreme Conditions origin. This time you are playing as Jim Peyton, a colonist seeking to earn a fortune, who comes to E.D.N. III to work for the not yet militaristic NEVEC. His job is to help mine for Thermal Energy (T-Eng) and send it back to Earth where his wife and kid remain. What’s nice about Lost Planet 3 is that Jim Peyton is a very likable down to earth character that isn’t some cardboard cutout walking death dealer. He’s an average man going through some truly extreme circumstances all in the name of family.

One of my favorite things about the original game was the double edged use of combat mechs known as Vital Suits. Lost Planet 3 however lacks these walking weapons as NEVEC is an explorative unit and weapons of that nature are forbidden despite the crew wanting a bit of self defense. Instead of Vital Suits, Lost Planet 3 features another kind of mech called Rigs and Jim Peyton has a monster of a Rig that he built himself from the ground up. Gertie, his Rig, may not come equipped with a chain gun or rocket launcher but that doesn’t mean that this towering behemoth can’t be used offensively. 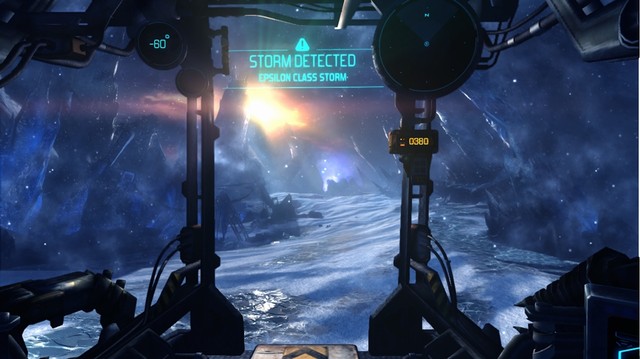 Jim’s rig is not a means to mine T-Energy but a walking armory and support system for the story’s main character as you fight Akrid on foot and in the rig. Whenever you are in the proximity of your rig your benefit from a tactical radar, added warmth and an instant ammo top off if you reload near the legs of the rig. In each leg is a compartment to switch out your weapons to suit your current needs. You can also quickly leave and reenter Gertie quickly with a slingshot mechanic that allows you descend or ascend quickly when in a pinch.

As anyone who’s experienced either of the previous installments, you’ll know that taking out larger Akrid is far from easy even with the best weapons. The rig is equipped with a claw arm and a drill arm, both used in Jim’s mining trade, but they also function beautifully as a way to grab and drill holes through some of the larger Akrid. You can also upgrade the rig to beef up damage resistance, T-Energy collection while in the rig and, the ability to do better melee attacks by finding parts scattered around the fairly open world of E.D.N. III.

The rig isn’t the only thing upgradable in Lost Planet 3, as Jim will need more than just rig upgrades to do more than survive the harsh planet environments and fauna. Only by collecting T-Energy either through missions, T-posts and killing Akrid can you afford to buy new weapons, upgrades for said weapons, specialty ammo and personal upgrades like an ammo pack to increase your overall carrying capacity. It’s important to check up on your thermal posts and collect it as it causes increased Akrid reproduction if unchecked. Unlike the original there is no death clock from freezing to death but that doesn’t mean dying can’t happen which despite my best intentions happened more often than I’d like. This is where one of Lost Planet 3’s not so endearing features comes into play. 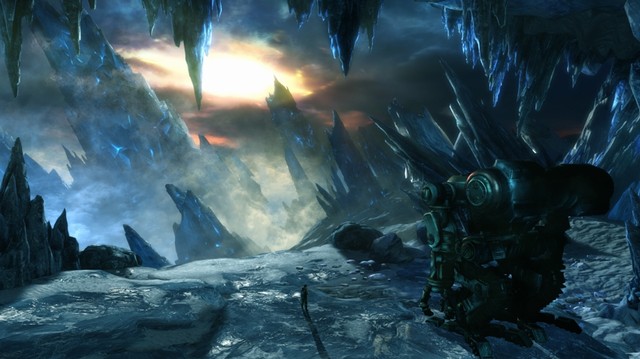 The biggest one is that the load times are lengthy and numerous to say the least. Just visiting the NEVEC base to upgrade weapons, get your next assignment or do the next bit of story progression is time consuming. This is odd coming from me as I usually love this kind of interaction in gaming since I play MMOs all the time. You literally have to go through like five loading screens between your rig and base command and repeat that in reverse to get anywhere. One thing that I did find quite useful though is that throughout the story the base changes bit by bit allowing you to take alternate and often shorter routes while in base camp as elevators become operational.

One of the really nice things about Lost Planet 3 is that despite the game being developed externally to Spark Unlimited with the series’ creator, Kenji Oguro, in tow is that it still retails the feel but with a graphical upgrade for E.D.N. III. The gorgeous nearly open world landscape is a beauty to behold when your not getting attacked by every Akrid insight. Even the massive storms that flare up are gorgeous right up until it freezes your rig up like an ice cube. My only real quip is that the character facial textures still have the classic Capcom look and don’t quite match up to the majesty of the world they inhabit. That’s not to say that the characters are believable in their movements because they totally nailed the emotion in Jim and the rest of the main crew with the motion capture used to bring them to life.

As for the Akrid, both returning ones and the pants-soiling new Category-G boss, they leave you frantically energized to survive the ever increasing monstrously beautiful assaults. The music and voice acting are actually pretty decent for the most part. The score is good while out in the elements but the close quarter segments during the early hours of the game feature scare tactic flare ups a bit too much for my liking. The voice acting particularly that of Jim is portrayed (and mo-capped) by Bill Watterson, who actually made me really care about seeing what happens to Jim throughout the story. 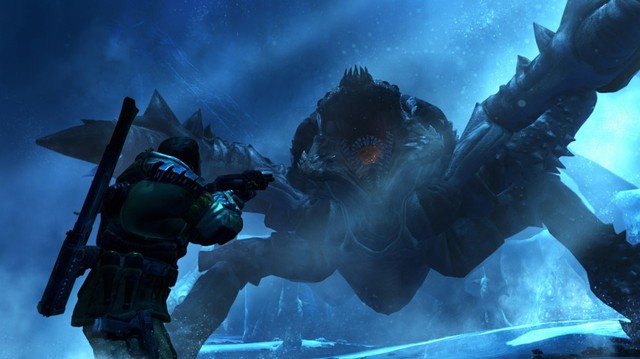 For those that like to do a bit more than the story, Lost Planet 3 also features 4 multiplayer modes to test your skill with or against other players. You can compete in basic 5 on 5 team deathmatches or compete in the objective based Extraction Or Survival Modes. Extraction has you going up against another team as you plant Thermal posts and collect the most energy. Scenario mode is cool and has you complete narrated offensive and defensive objectives all the while battling the elements. My favorite however is Akrid Survival where two teams of three must survive waves of Akrids before going head to head in a PVP elimination round. No matter which modes you choose you gain experience to unlock abilities to tailor your play style the way you want.

As a fan of the franchise, Lost Planet 3 offered some fresh new gameplay mechanics while still keeping to most of the trademarks of the series. I really liked the open world aspect though some quests could have simply been phoned in instead of forcing the player through a sea of load screens. Lost Planet 3’s most enjoyable aspects for me were the story driven narrative and the fact that I could pilot a huge ass rig to put the screws to some Akrid. If you enjoy Lost Planet then I would definitely give Lost Planet 3 a go. 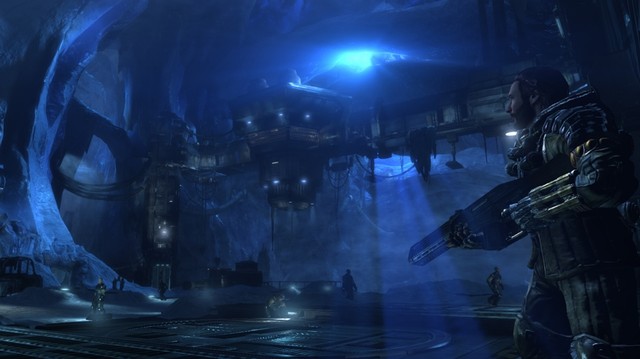 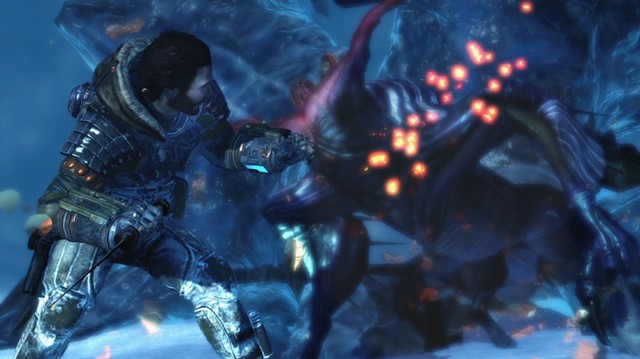 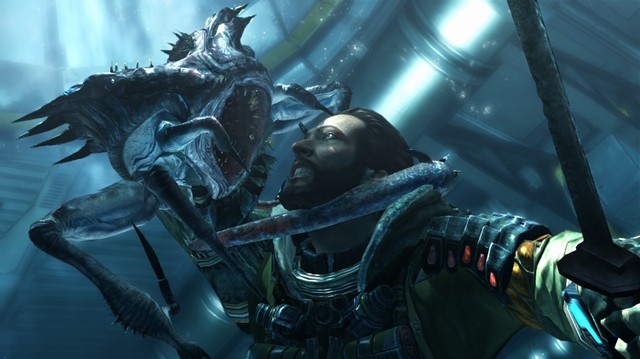 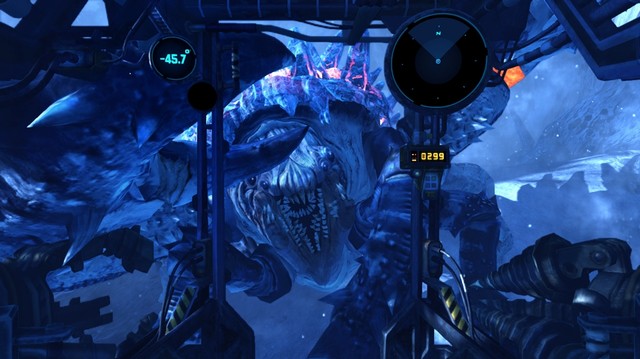