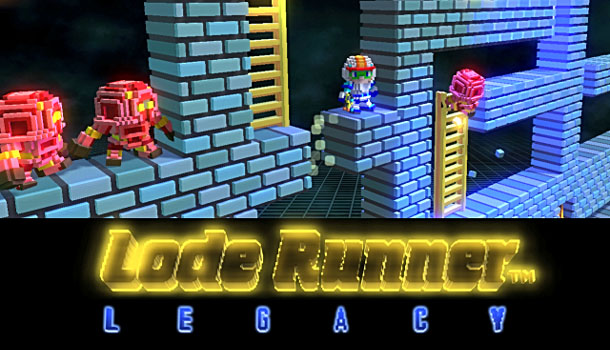 - FPS camera is unplayable
- No tutorial or guide

A timeless classic reimagined for a new generation.

A lot was happening in 1983. I was a freshman off to his first year in college and also the proud owner of an Atari 800 computer that came with a stack of 5” floppies. In that stack were some games that, little did I know, would ultimately cause me to get a C in my Accounting 101 and cause me to lose my financial aid. Jumpman and Lode Runner were those two games; games that consumed most of my waking moments for nearly a year.

I haven’t thought about either of those games for nearly three decades and then here comes Lode Runner Legacy, a fresh face on an old nemesis, tempting me back to the dark side of gaming addiction. I have to admit I was a bit hesitant to dip my toes back into the deep end, but I ultimately faced my demons and emerged relatively unscathed to write my review. 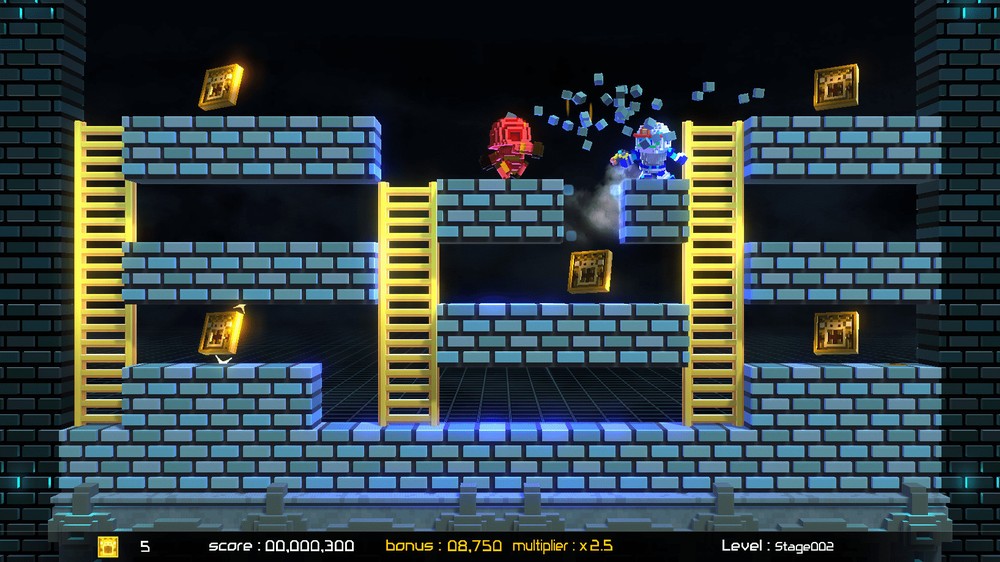 Lode Runner Legacy comes with a metric ton of game content that will take weeks to complete and months to perfect. Adventure mode is home to 50 fresh levels that you must expertly navigate and tunnel through to collect all the gold, avoid the enemies, and escape in record time to hopefully earn all three stars. Puzzle mode removes the enemies and presents brain-teasing challenge levels while Classic mode brings all 150 levels from the original game to the present in 3D. It was scary that I actually remembered some of these levels even 34 years after I had played them.

World Levels is home to an endless and growing collection of user-created content, so even if you do conquer the included material you can still lose yourself to an infinite library of future content. For those wanting to get creative you can explore your architecture skills with the Level Editor and populate your original designs using the Character Editor and Item Editor to basically give the entire game your own unique facelift. 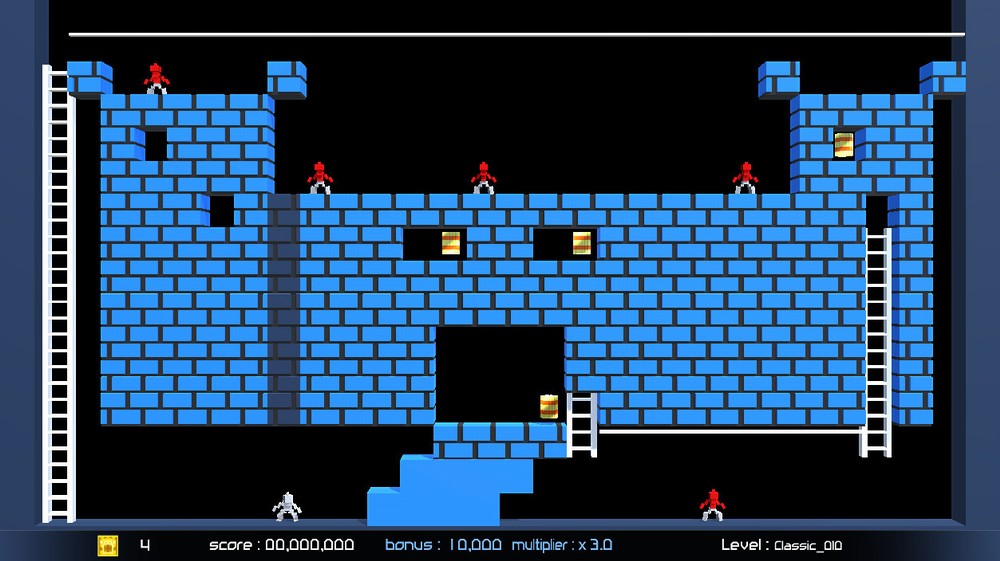 Lode Runner Legacy starts off innocently enough with some easy levels to build your confidence and then suddenly you play a level and only get two stars instead of three. And thus begins the addiction to perfection, as you try to perfect routes and shave precious seconds off your completion time. And for those seeking fame, every level has its own leaderboard.

The developers have added some new features to this Legacy edition including new level sizes, better bonuses, and tougher enemies with improved AI. The only new feature I found totally worthless was the optional FPS camera that has you playing a 2D game from this weird and totally unplayable camera view. Imagine playing the normal version with your cheek up against the screen, playing out of the corner of your eye. 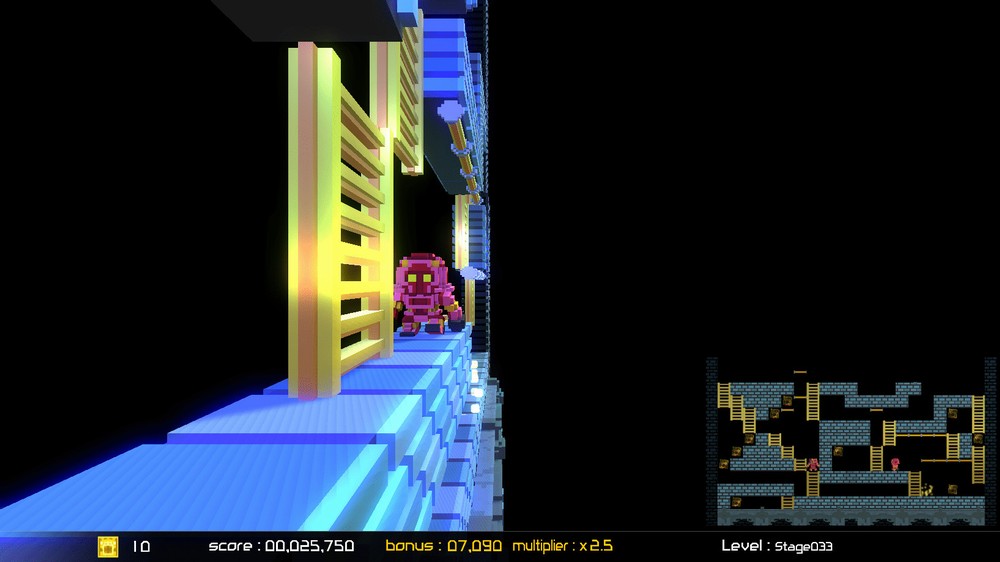 Lode Runner Legacy works well with a gamepad despite a lack of any tutorial, menu guide, or even a controller diagram. The options let you decide if the A button digs right or left, but you are left to experiment to find out anything else. Menus are a bit glitchy and sometimes I had to use my mouse when the gamepad would suddenly not work. You’ll also want to use a mouse and keyboard for any of the editor modes.

Visually, the game is clean and quite pretty in its own retro sort of way. The 3D nature of the game is driven home by these little cutscenes as well as the overly pixelated hero that looks to be built from tiny blocks. Despite my 4K capabilities, the resolution seemed to be capped at 1080p. Music and sound were fun and arcade-like and fit the design, theme, and pacing of the game perfectly.

I enjoyed my time with Lode Runner Legacy. The 50 new levels were fun and challenging and the original 150 brought back both good and bad memories. While I have no desire to create my own content I appreciate the fact that those editors are there so other more creative people with more free time than me can keep this game alive for a long time to come. Let’s face it. They don’t make arcade games like this anymore, so if we have to start mining the 80’s and turn ancient classics into new hits, Lode Runner Legacy is a great example of how to do it. 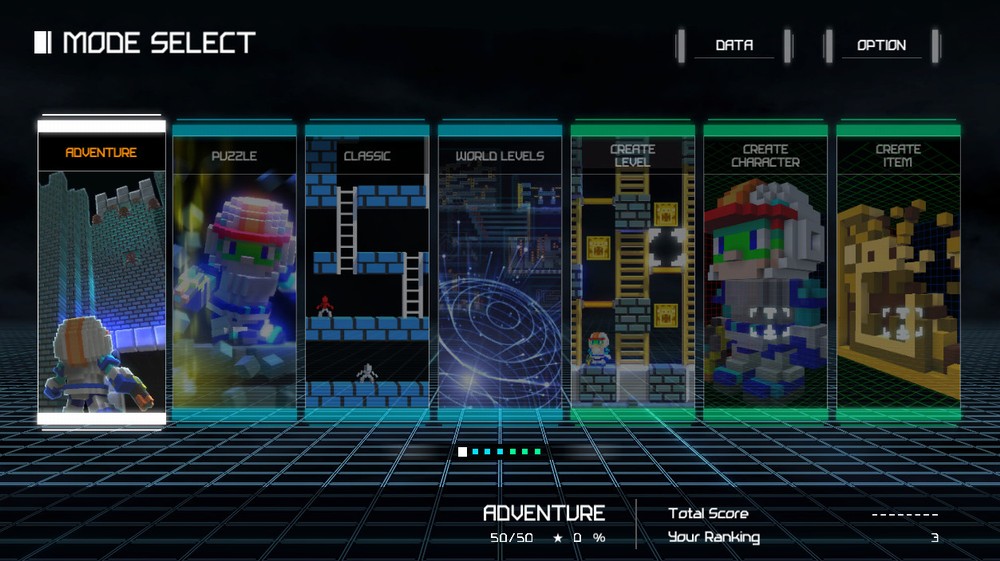 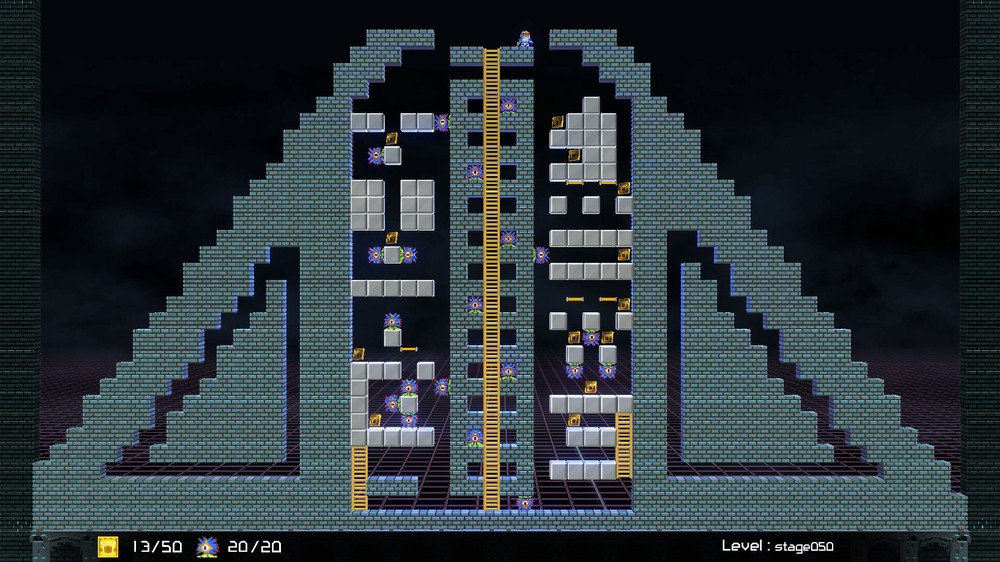