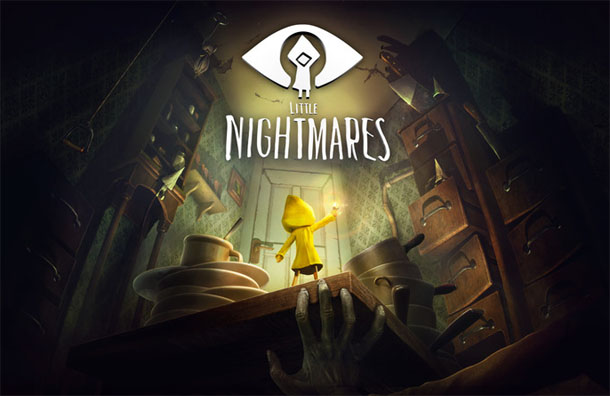 - Over too soon
- Obscure collectible counters

One of the most enjoyably uncomfortable games you’ll play this year.

Little Nightmares is the latest in the increasingly popular genre of side-scrolling adventure games, and while comparisons to Limbo and Inside are unavoidable, they also do a serious disservice to just how far Little Nightmares elevates this genre. This game is mysterious, dark, brooding, and downright terrifying at times. It certainly doesn’t help that you are playing as this “tiny” little barefoot girl in a yellow raincoat, trapped in an endless sequence of sinister rooms and passageways, trying to sneak past horribly fat demented adults who want to EAT HER!

Much of the mystery lies in the fact that the game simply starts. Much like Limbo and Inside you just wake up and start moving to the right for the next several hours. We don’t know who this girl is, how she got here, or any motivations other than to survive and escape. The gentle rocking of the levels hints early on that you may be on a ship; a fact confirmed when you exit through a porthole a couple hours into the game.

There really isn’t much I can say without spoiling the game. You control Six (that’s her name) with some excellent and responsive controls, as she navigates amazingly detailed levels designed to scale and show just how tiny and helpless she is. Six is able to climb, duck, and sprint and even use a lighter to illuminate the area around here and light various candles and lanterns to checkpoint progress.   The level design is brilliant in that there is no visible clues or highlights on where to go or what to do. The levels often exceed the boundaries of the screen, and you’ll need to use the right stick to pan around to scan for clues, items, and exits. 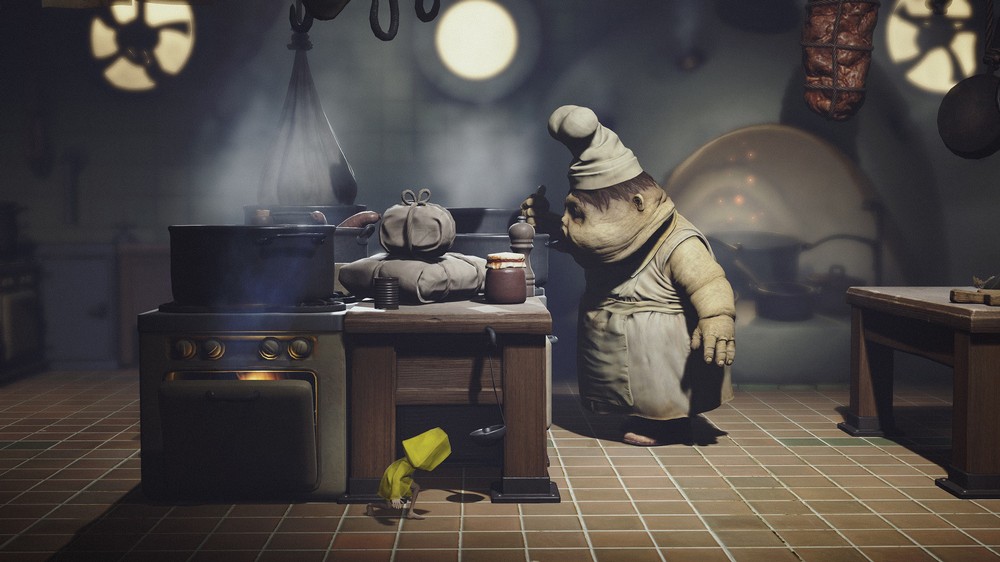 Little Nightmares has some minor stealth elements to it. Early in the game you’ll be hiding under the bed to sneak past this long-armed clown creature, and later on you’ll be sneaking past cooks and other kitchen workers to get through a massive kitchen sequence. Detection often means certain death, but there are some exciting chase sequences where you must sprint for your life, often ending in a death-defying escape and all accompanies by one of the best soundtracks of recent memory.

There are discoverable items in each level including gnomes that you need to hug and china dolls that need to be smashed. Thorough exploration of the levels including areas off the normal path are required to find them all, but chances are you’ll miss some and the only way to find out is to zoom in on the level select screens. It’s a great incentive to replay these wonderfully design and thrilling levels. 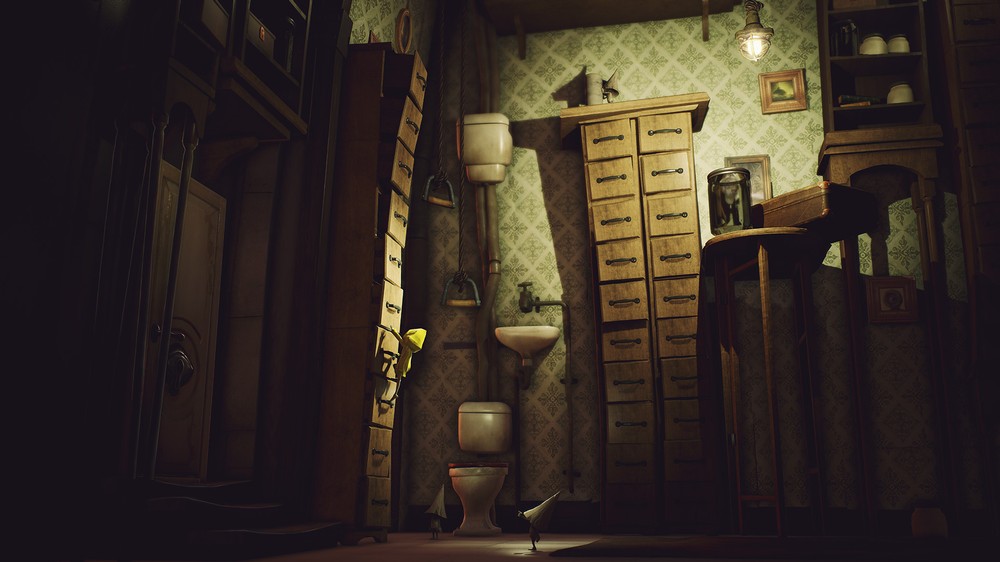 Puzzles are few and far between and most solutions are logical like making a sausage rope to swing to an exit hatch. There are a few boss-type encounters that require a bit of trial and error; one of the more annoying being the first time you must defeat the long-arm clown. That took me much longer than I care to admit. But overall, the flow and balance of difficulty is perfect for gamers of all ages, although some of the scarier elements, visual designs, and seeing a little girl getting eaten like a Skittle may be a bit too much.

The most interesting element of the game for me was the abundant silence. There is no dialogue so everything is communicated to the player through music, effects, and visuals. There is this persistent creaking and groaning of the rocking ship, and the slap-slap-slap of Six’s bare feet, or the unsettling shrieks of fat adults when they spot you and are so fat they can only crawl after you. The underlying theme of hunger is prevalent throughout the game, both in the insatiable appetites of the obese adults and the occasional hunger pangs that immobilize Six until she can find “something” to eat. 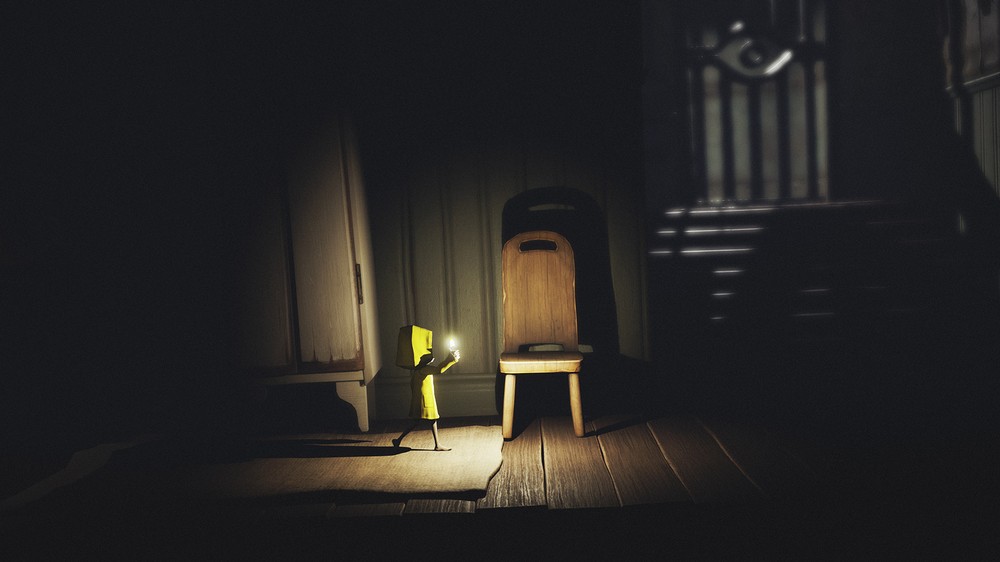 Each and every level in Little Nightmares brings something new in the way of visionary level design, gameplay mechanics, discovery, and potential plotline reveals. The atmosphere is simultaneously gorgeous and horrifying, and you might crawl out of a cold and dark vent shaft to find yourself in a warm glowing bedroom. The lighting is incredible, and your lighter casts these realistic real-time shadows of everything in the scene. These aren’t painted backgrounds but actual 3D environments, and each new screen is always different and always a surprise, which makes this game flow by at an accelerated pace.   You can easily finish this game in 4-6 hours but to find all those gnomes and dolls will take twice that.

For only $20 I cannot recommend Little Nightmares highly enough. While not as rich in mind-melting puzzles as Limbo, this game offers every bit as much mystery and adventure as any of its genre competition. Your first pass through the game might seem to go by too quickly, but you can double your fun when you return to find those missing collectibles, often in areas you likely missed the first time, so you get to see new stuff too. The unsettling visuals, eerie sound effects, and haunting soundtrack all combine with the helplessness of Six to make Little Nightmares one of the most enjoyably uncomfortable games you’ll play this year. 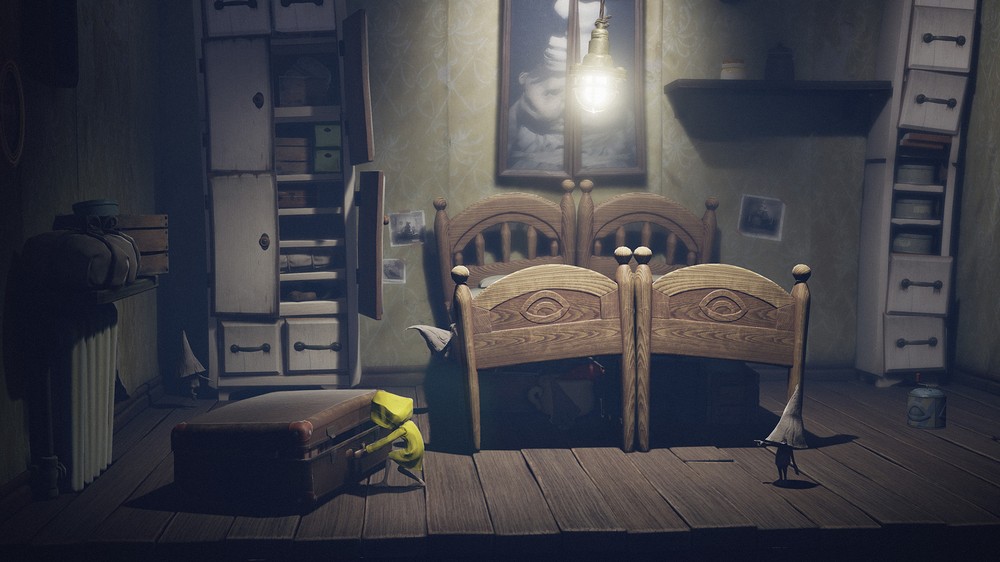 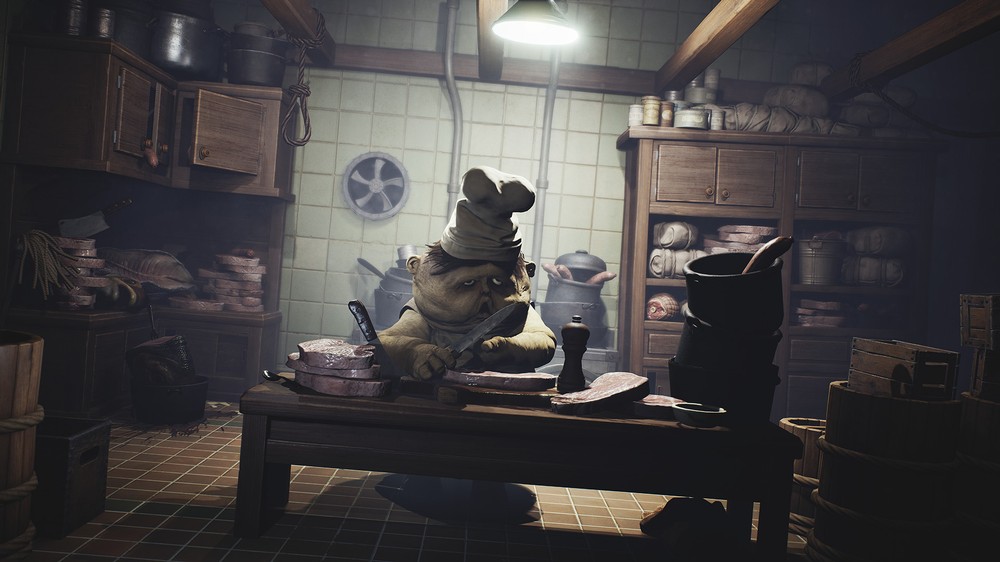 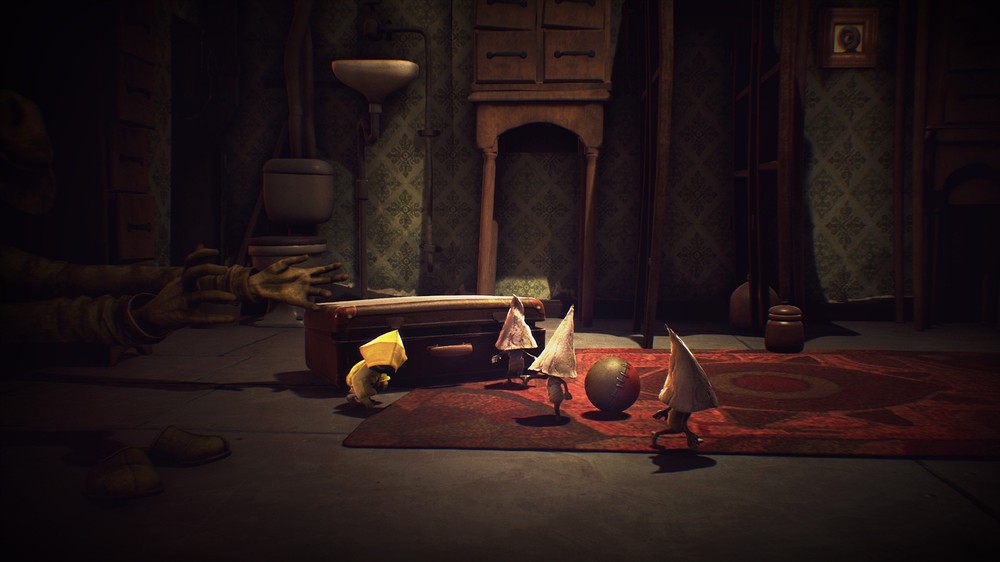 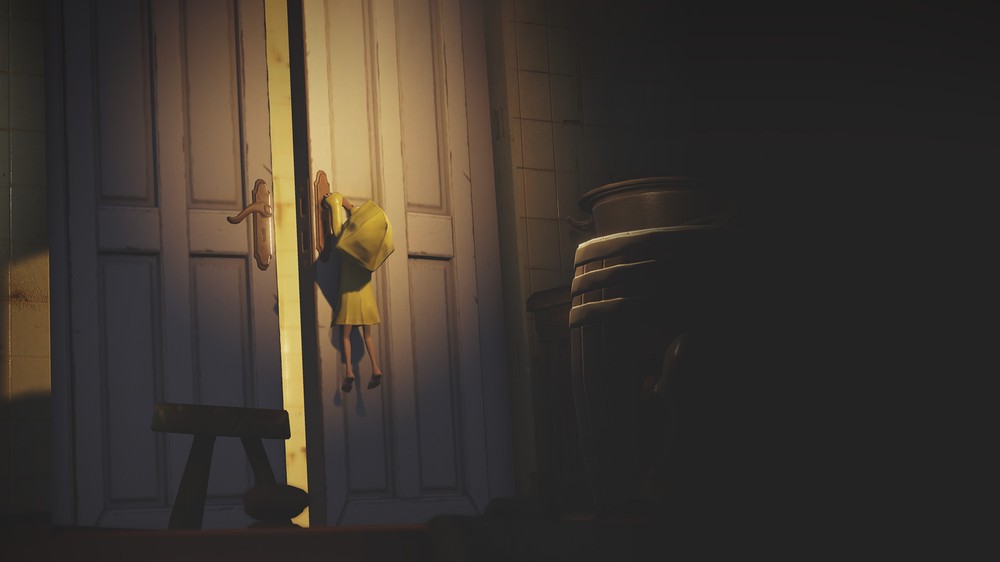 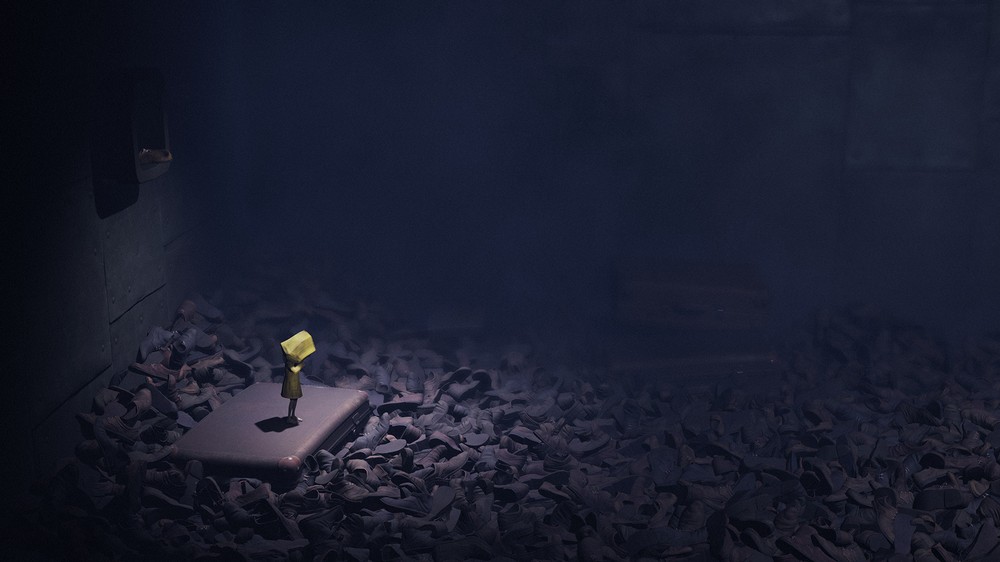 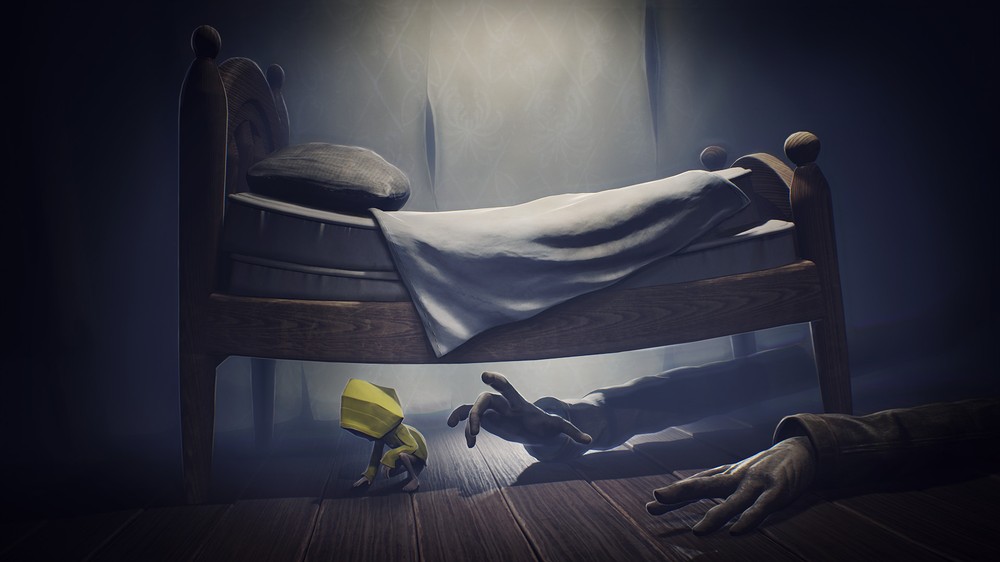 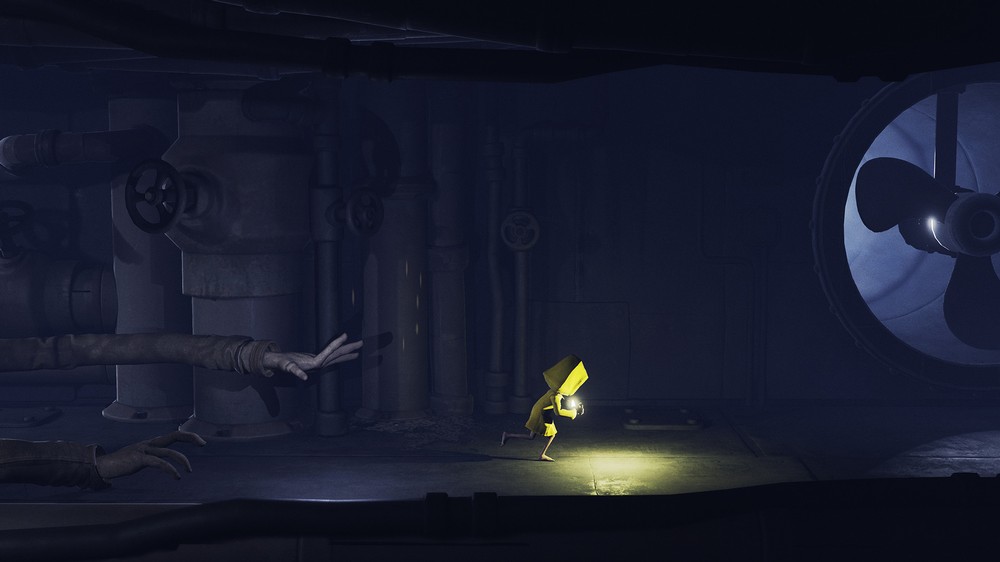 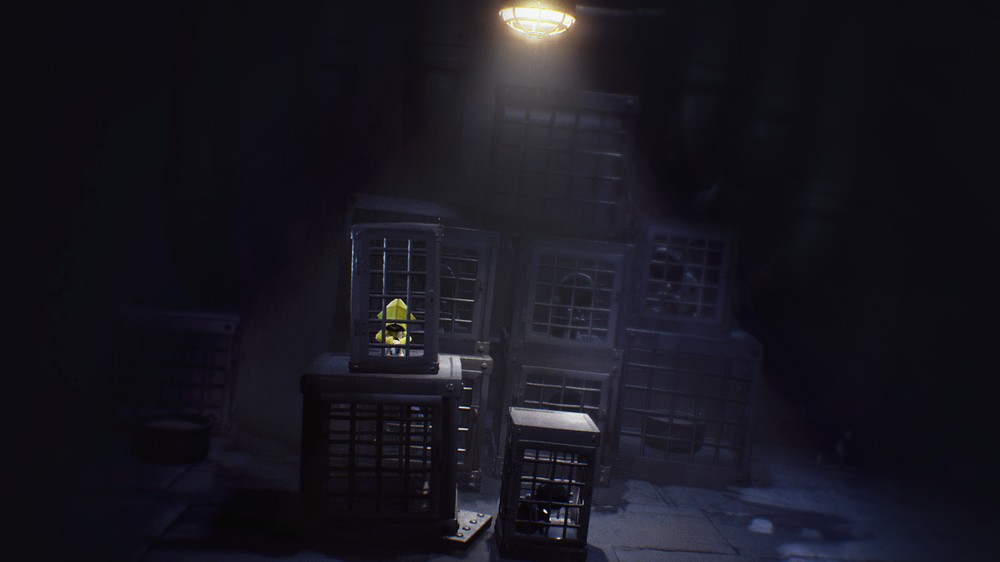 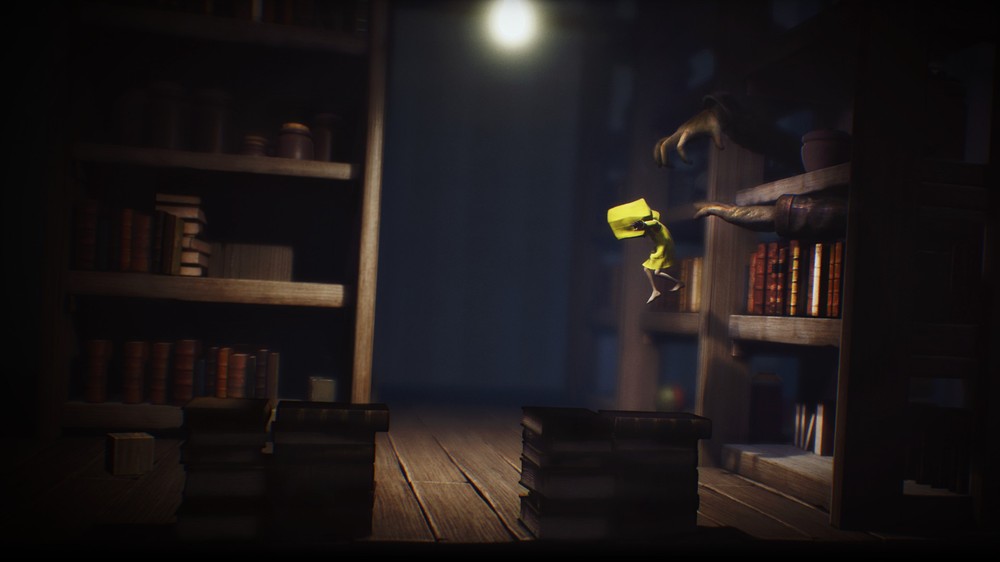