Life is Strange: Before the Storm Review – PC 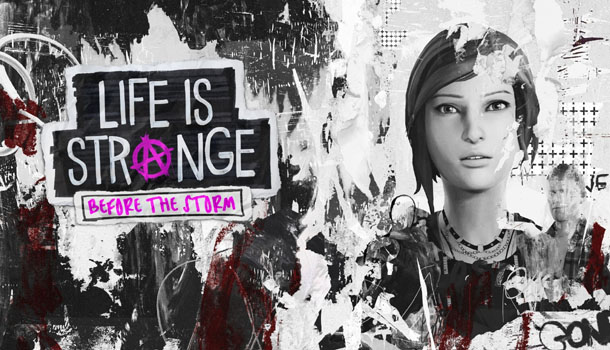 A fantastic story that fleshes out the world we already know.

It’s hard to believe it’s already been more than two years since the original Life is Strange game put its own dark and twisted spin on the episodic adventure genre.   Despite a virtual sea of competing titles coming out of Telltale, DONTNOD Entertainment managed to create a game that rose above the rest, achieving levels of non-linearity we hadn’t seen in similar titles where decisions actually did make a substantial difference, but at the same time offered an in-game plot device that allowed you to explore most all avenues without having to replay the game.

Back to see if lightning can strike twice, Square Enix is teaming up with Deck Nine for a prequel to the Chloe and Max show in Life is Strange: Before the Storm; a game that explores the life of Chloe after Max “abandoned” her for Seattle, as well as digging into the roots of many of the established situations from the first game. Not only do we get to explore the early days of Chloe and Rachel Amber, we also get to experience the troubled home life of Chloe as David Madsen prepares to move in with her and her mother. 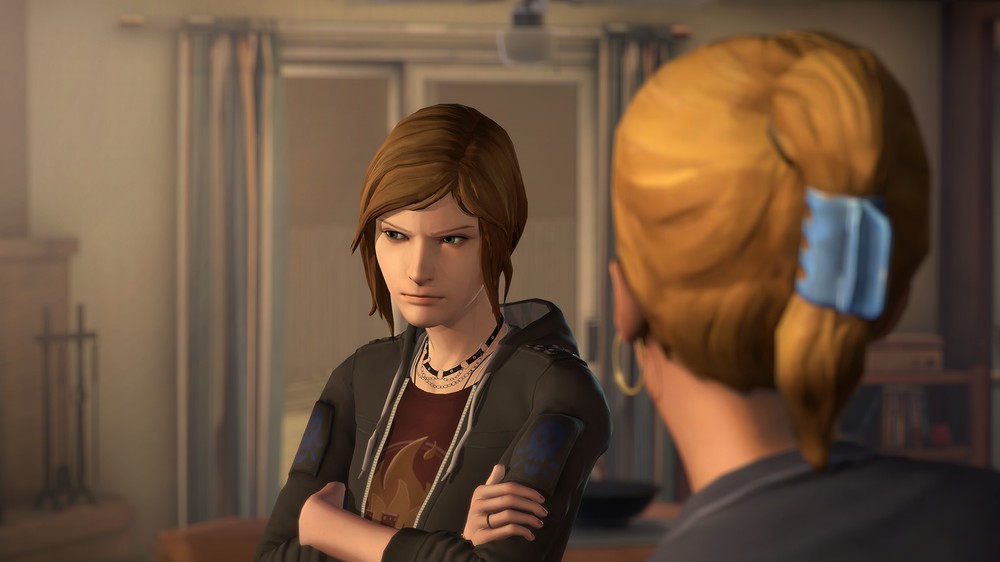 Prequels are a tricky thing (ask George Lucas), but Deck Nine did a phenomenal job using all the established lore to create a canonic backstory for all of the characters, new and old. It’s delivered in such a way that first-time gamers could play these games sequentially for a seamless flow of events while those who have already played the original will get all these clever “wink-wink” or “ah-ha” moments without it becoming too self-aware.

As tricky as prequels are for developers, they also get problematic for the player who may already have knowledge of the future. In one scene we must decide if Chloe will defend Nathan Prescott, who is perhaps the most unsavory character in the original game, but do you play this moment as a gamer with the knowledge of who he is and what he will do in a future timeline or do you roleplay the moment and intercede.

I have to admit there were multiple moments such as this where I found myself struggling to roleplay as a bitter, angry, and sexually confused teenage girl, often going against my own moral compass to try and play as Chloe. I really had to commit to the part in order to deliver some usually harsh lines at David or even steal money. Before every significant choice in Before the Storm I always had to ask, “What would Chloe do?” 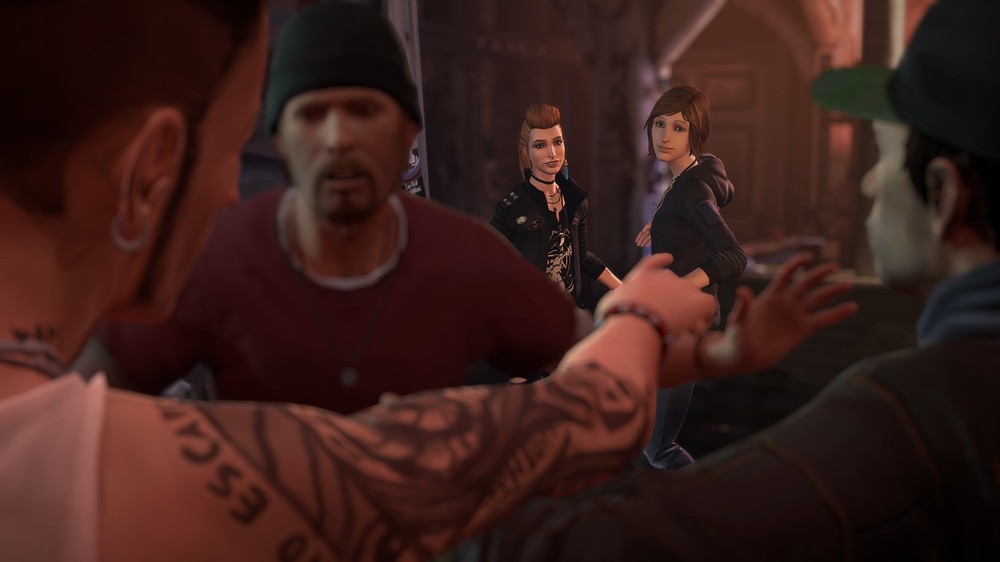 One of the more controversial issues with Before the Storm is the new voice actor for Chloe. Rhianna DeVries has taken over the role from Ashly Burch who is now co-writing this three-part prequel.   I had no problems with Rhianna’s performance.   Honestly, it’s been so long since I played the first game I would have never even known if it weren’t for all the ballyhoo in the forums, but given the quality of the writing and the voice acting I think everyone is where they need to be.

The original game had this slick time shift mechanic that allowed you to explore your choices and test different options. Before the Storm replaces this cool gameplay device with something much less inspired and not nearly as fun; Backtalk. Throughout the game certain conversations or situations will prompt a Backtalk encounter where Chloe must use her words to achieve the desired result such as getting past a bouncer at a concert, arguing with her future step-dad, or playing a nerdy roleplaying game with friends at school. Backtalk isn’t entirely elegant, reliable, or fun. You try to pick out words from the conversation to form an appropriate response in a verbal tug-of-war that will hopefully end with you achieving whatever goal is necessary to continue the story. Insult wars only work if you are a clever wordsmith and none of the responses or even the tone of the encounters seems terribly clever. It certainly can’t compare to the game that birthed dueling with words; the 1990 classic, The Secret of Monkey Island. 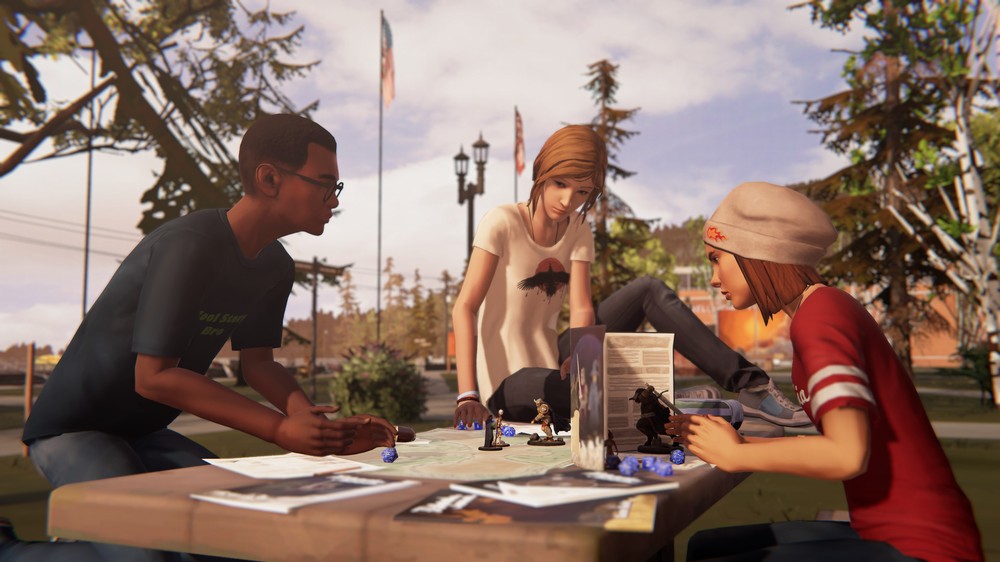 One annoying thing I learned very early on was that the dialogue options are often more attitude suggestions than what you will actually say. There were many line options in this game that I thought were perfect as presented, but when Chloe went to say them she said something totally different, but along the same theme. My only other annoyance was with the perceived fast-tracking of the story and events. Admittedly, this is only a three-part prequel, but what transpires during this two-hour opener (24 hours of game time) is a bit preposterous.

We have Chloe and Rachel who, from what we know, have never spoken and are at totally opposite ends of the school clique spectrum – preppie theater chick vs stoner/rebel.   Again, this makes it hard to roleplay Chloe who we know has had at least one previous male relationship, but now we are asked to commit to a bi-curious plotline with only the facts that we have from the original game. There were times I was more scared of Rachel than attracted to her, so when given the choice to define our relationship in a single response I had to go with what I knew from future events from another game. 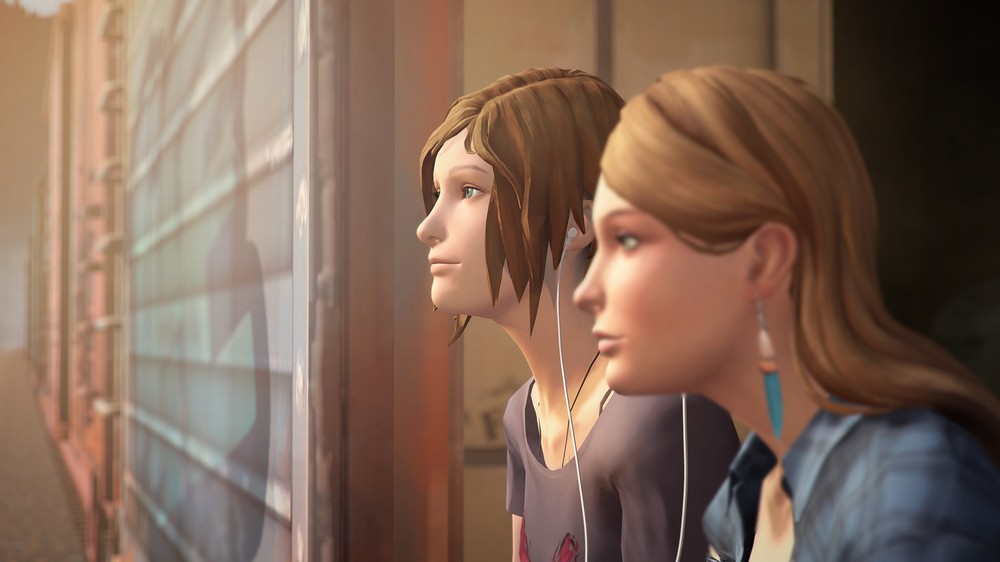 All these issues aside, Life is Strange: Before the Storm is a fantastic story that fleshes out the world we already know, or sets it up for first-timers to the franchise. The presentation is topnotch with great music, exceptional voice acting, believable teen drama and relatable situations for gamers of similar age, and some really great visuals that blur the lines of graphic novel and video game graphics. The camera work and cinematic effects lure you in to this spectator mentality then all of the sudden you are asked to participate. It’s quite engaging and surprisingly emotional at times.

Much like the original, Before the Storm is heavily focused on the narrative with very few traditional puzzles in the game. With the exception of maybe two object puzzles, the entire game is driven by conversations and the occasional Backtalk event. For those craving action or suspense, a rousing game of Two Truths and a Lie is all you can expect. Rachel is all about “games”…mostly head games it seems. Don’t let her Taylor Swift appeal sway you; this girl is trouble. 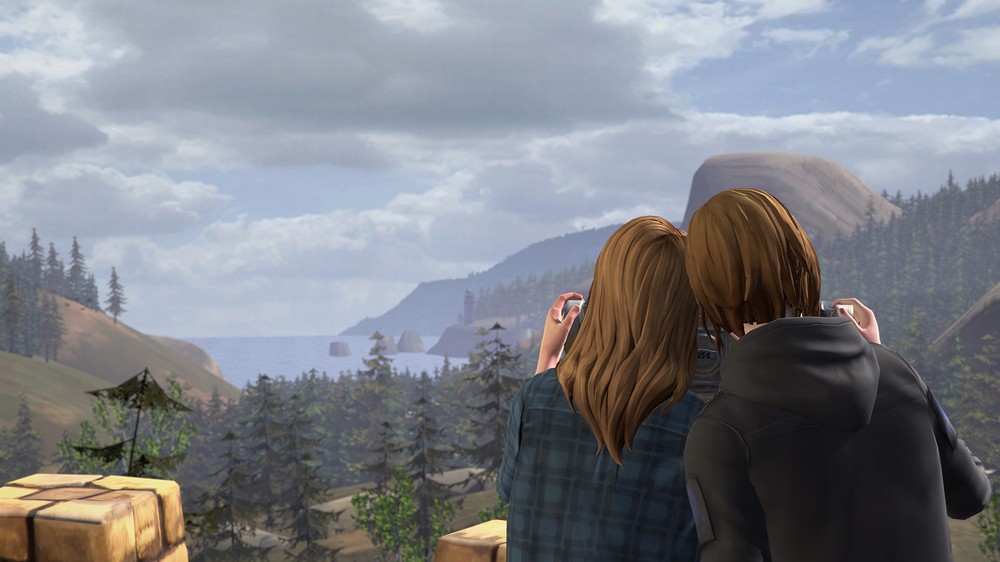 As a first installment, Before the Storm achieves what it sets out to do. It establishes the characters and the situations and leaves you with a cliffhanger ending that will guarantee you purchase that season pass, or better yet, get the Deluxe Edition which comes with extra outfits for Chloe as well as a Bonus Episode featuring Max from the first game.   You even get a Mixtape Mode that lets you create your own soundtrack playlist from the included songs.

Given the binary climax of the original game I guess a proper sequel would have been problematic, so making Life is Strange: Before the Storm a prequel was the only direction to go, and Deck Nine has pulled it off…so far.   We’ll reserve final verdict and update the score as necessary when this game concludes in a few more months. Until then, if you played the first game there is plenty of interesting story content to entice fans to explore the roots of the Chloe/Rachel relationship and pick up on some backstory for many of the supporting characters in this universe. Everyone else could probably wait for a sale or perhaps the inevitable bundle of both games in 2018. 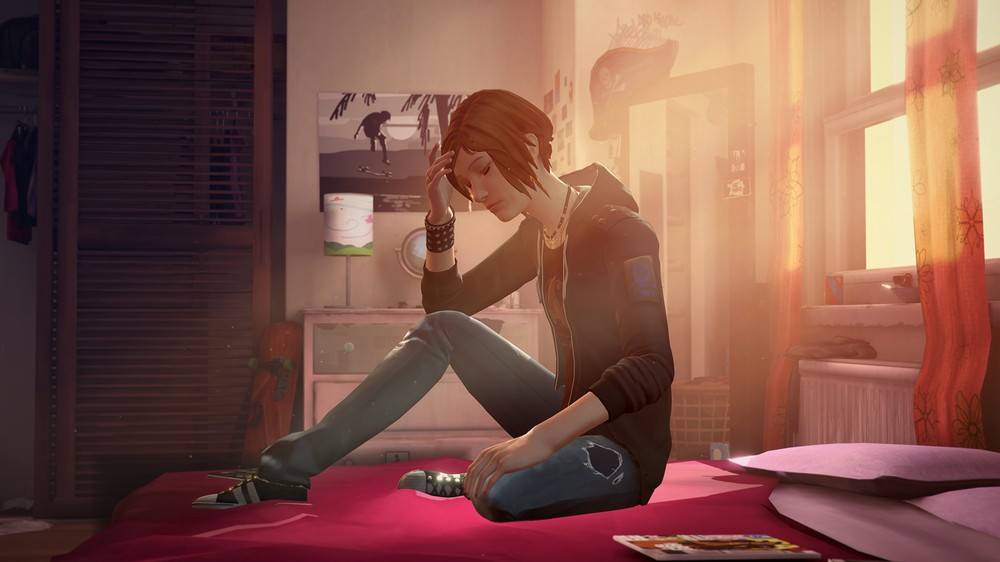 Episodes 2 and 3 certainly added a great deal of story content and narrative bombshells; especially at the end of Episode 2, but looking back on the entire, albeit, truncated season of Before the Storm, I can’t help but feel I was part of a visual novel more than a video game.  There was nothing that resembled actual adventure gameplay unless you count setting the dinner table or repairing a truck, and even the dialogue choices seemed inconsequential to the point where even the developers cut back on the use of their own Backtalk mechanic.

What truly troubled me was that a lot of the decision points were not even that obvious, as I discovered when going through the final choice statistics and seeing options I never knew I had like donating to the firefighters fund.  And just like the first Life is Strange, Before the Storm ends with yet another very binary decision to end the game, spinning off into mildly diverse closing cutscenes; certainly nothing as life-altering as the last game, but how could it since we all know where this story is going. 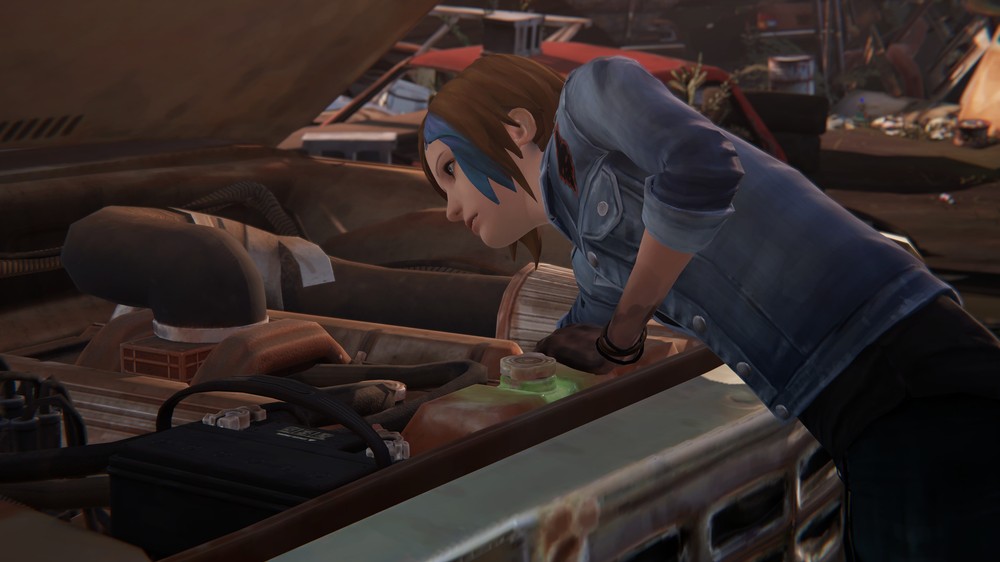 While I enjoyed the time spent with Life is Strange: Before the Storm I can’t help but feel a bit let down by what was clearly an amazing opportunity to explore some great backstories.  There was just so much manufactured drama like the sudden appearance of a stalker boyfriend and crazy shifts in character personalities.  If I didn’t know better I would say the writers were creating this on the fly rather than having a three-chapter story arc laid out in advance.  It just felt very unstructured.

Life is Strange: Before the Storm is probably still a game that fans of the original will want to play, but after seeing where Telltale is taking this genre with story and QTE action events, playing this plodding interactive short story makes this game seem like I was watching some teen drama on the Lifetime channel.  Those who purchased the Deluxe Edition still have Max’s bonus episode to look forward to in 2018, but I’m closing the book on Before the Storm and dropping the final score to a 3.5 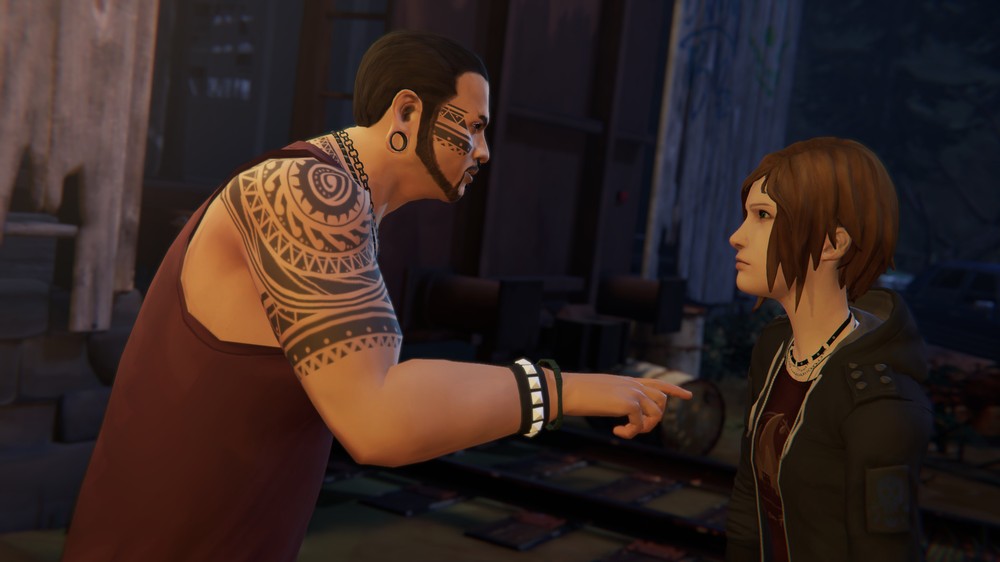 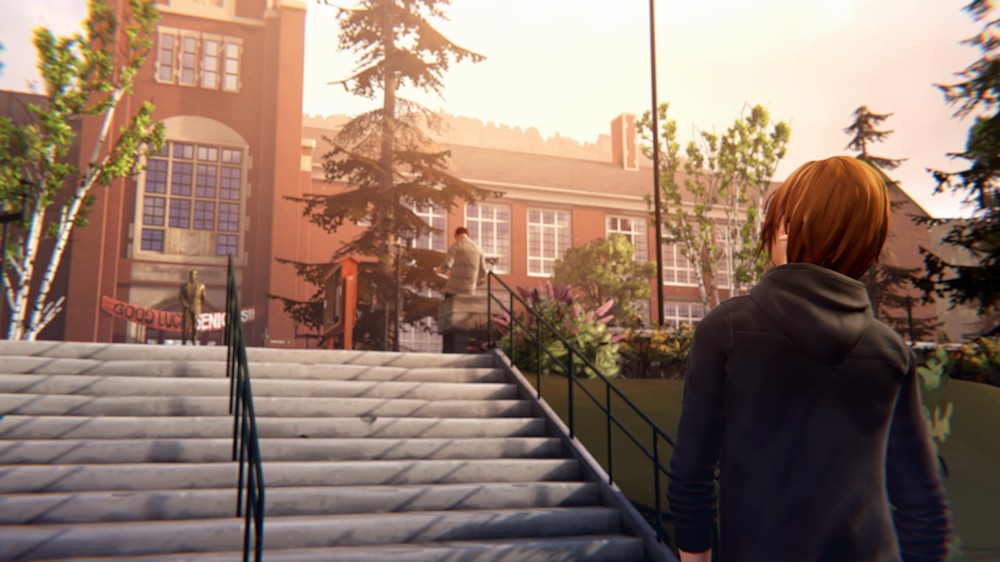 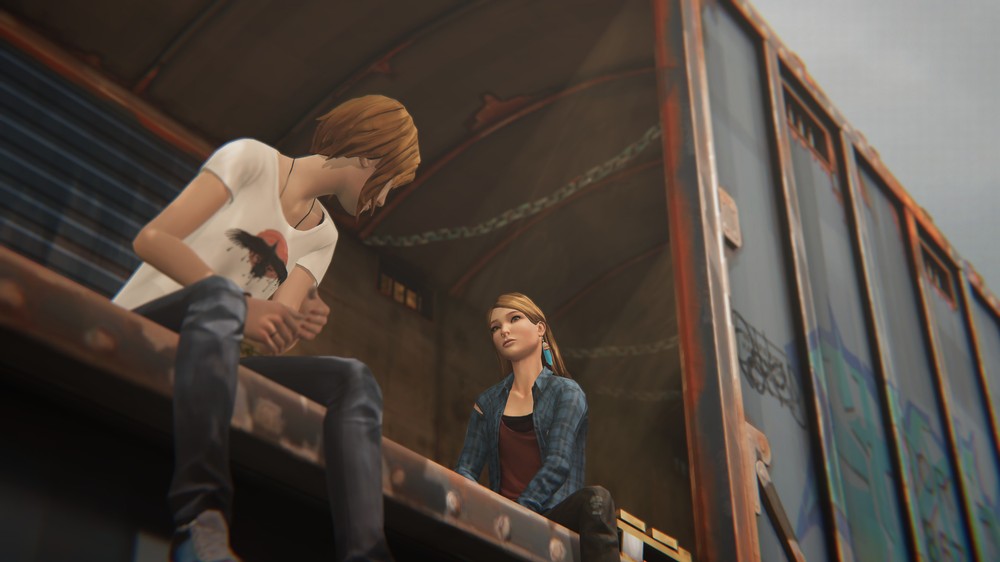 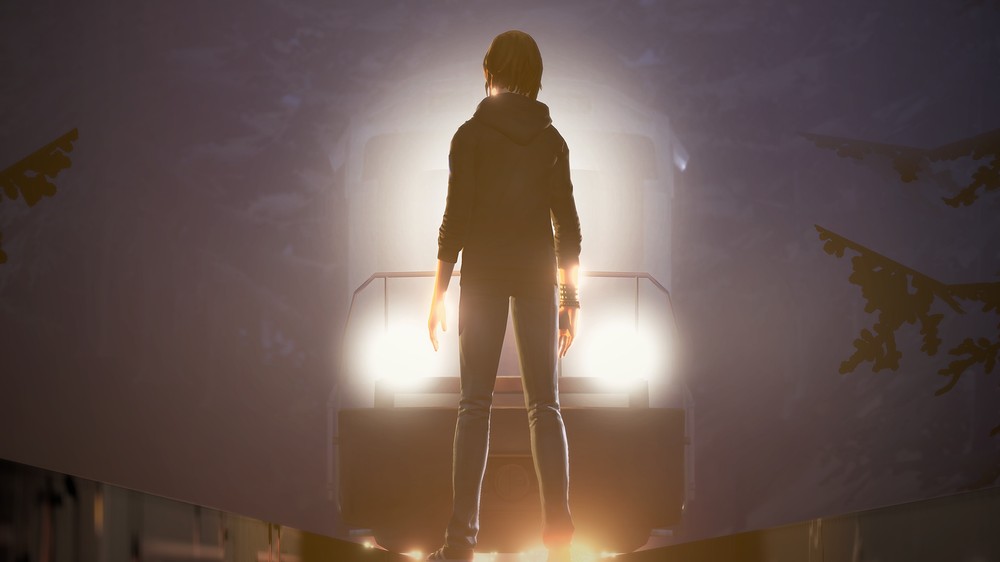