- Potential grind for cash
- Moments of imbalance
- Bosses are crazy-hard

About as close as it gets to reliving those golden arcade days of the 80’s.

Just in time for the yearly crop of “scary games” releasing for Halloween, Let Them Come debuts with some thrilling alien-shooter, wave-based, survival-horror action, and all for about the cost of a bag of candy. Trick or treat indeed.

As an 80’s veteran of the arcades, I’ve played plenty of games just like this, and with its unique pixel art visual style I can safely say Let Them Come looks a lot like those 80’s coin-ops. Even their title graphic looks like retro cabinet art. But don’t let the simplistic art style or even the affordable price tag fool you. Let Them Come has a surprising amount of depth, challenge, and progressive difficulty lurking behind those pixels. 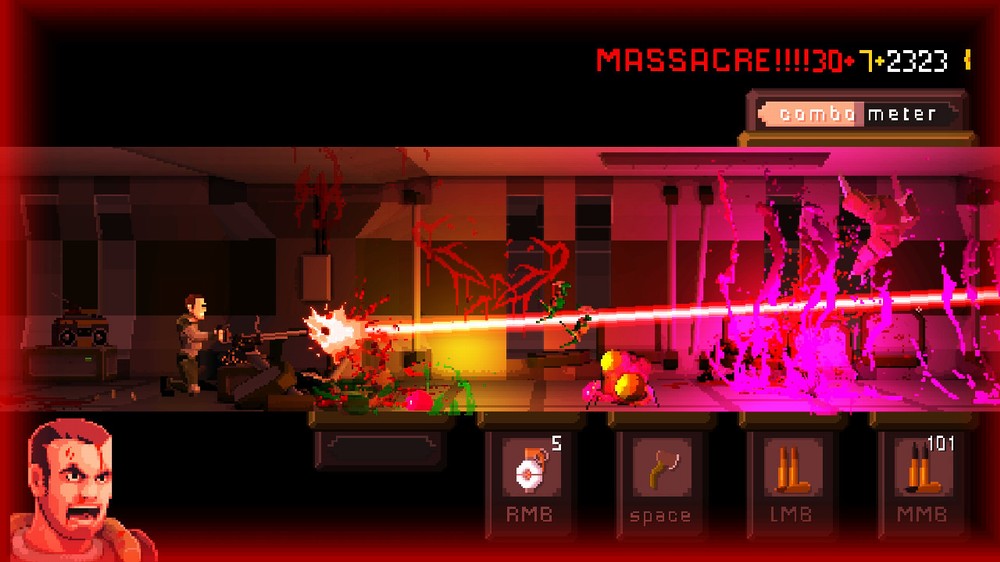 I can best describe Let Them Come as a side-scrolling shooter that doesn’t scroll.   You’ll be manning a stationary turret as wave after wave after wave of aliens swarm your position all leading up to level-ending boss fights that require some actual strategy to win. Most of the challenge comes in the mix of aliens and your choice of weapons, ammo, and power-ups. Aliens attack at various speeds, some fly, some crawl on the walls, ceiling, or floor, and others have more elaborate attacks like laying eggs that hatch into creepy crawlers.

Your main gun has unlimited ammo but tends to heat up, becoming less accurate or jams until given a chance to cool down.   You’ll definitely want to visit the shop where you can purchase all sorts of gear that can be equipped to your character slots for improved fire rate, cooling, or even better weapons like grenades, fire bombs, or armor piercing rounds for aliens with thick skins and armor plating. The variety of weapons and ammo is too numerous to list, but rest assured there are countless ways to equip your character and play this game, giving it true arcade replayability. 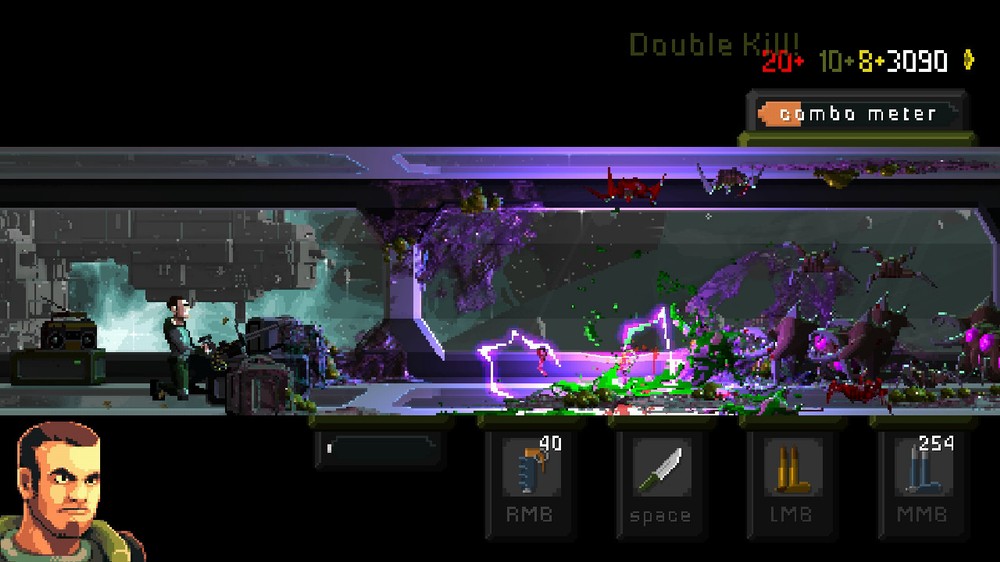 Depending on your skills you can probably finish Let Them Come in 4-6 hours, but there is a New Game+ mode that lets you start over with all your existing purchases and improved enemies. And if you tire of the campaign mode you can spend countless hours in the score attack gameplay of the Challenge mode where you are given a fixed amount of money to shop for weapons then seeing how long you can survive against endless waves of enemies while racking up killer combos and high scores for the leaderboards.

Let Them Come is perfectly playable with mouse and keyboard or a game controller. The retro graphics are gorgeous, and while they may appear blocky and ancient there are some next-level effects going on behind the scenes. The lighting and shadows are fantastic and there are dynamic lighting effects that can actually assist your targeting, especially in the dark levels where gunfire may be your only source of light. Even the old-school shop icons and C64 fonts in the menus and store were charming. 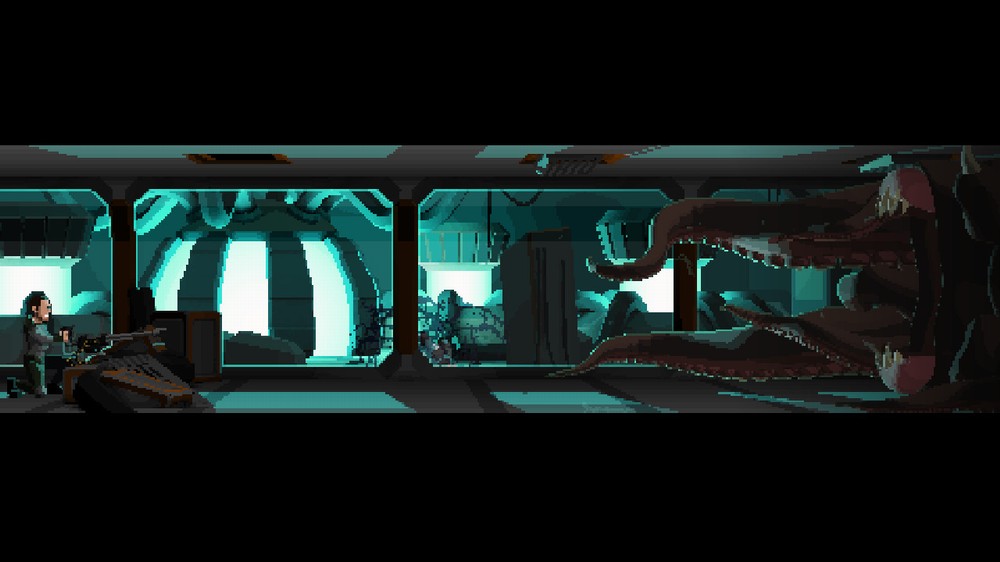 Wrapping up the presentation is a rocking soundtrack the fuels the frantic battles and even offers up collectible mixtapes. Between the high-energy music and the audio overload of sound effects, Let Them Come really packs a visual and aural punch. And for those who enjoy streaming their gameplay, there are unique Twitch codes you can type into the chat to spawn specific enemies to help defeat your show host. Bigger and better enemies unlock the more you interact with the stream.

Let Them Come is about as close as it gets to reliving those golden arcade days of the 80’s. And for only $5, if you play this more than 20 times the game has already paid for itself in quarters. With authentic retro art, killer soundtrack, and some truly impressive and addictive arcade shooter gameplay, this is one of those games you will come back time and time again. The multiple modes and endless variety of selectable weapons and custom loadouts make every session of Let Them Come a fresh experience and a game you can’t stop playing.