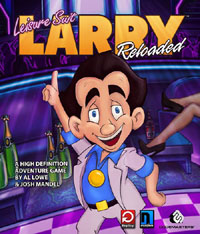 Adventure game veterans are going to love the new and remixed content in this “reloaded” remake.

Leisure Suit Larry holds a special place in not only my heart but also in my gaming career, both as a game player and on the other side of the screen. Larry was one of the first graphical adventure games I ever played way back in 1987. I remember it distinctly because I was working for an IBM dealership and the IBM PS/2 Model 50 had just arrived in our store, and Leisure Suit Larry in the Land of the Lounge Lizards was one of the first things we tried running on it. This racy video game would quickly become the stock running demo in the store for months to come as the sales staff would all eagerly look forward to periods of “no customers” so we could continue Larry’s adventures in Lost Wages.

Larry was my gateway drug and soon I had acquired and played every (and I mean EVERY) Sierra Online game available; an accomplishment that actually got me my first job in the gaming industry at Sierra Oakhurst in 1990. Ironically, one of the first games I actually got to work on was the VGA remake of Leisure Suit Larry – the game that started it all…for me at least. But enough about my history with Larry – Al Lowe, the creator of this infamously naughty franchise has finally resurfaced and with the help of some generous Kickstarter backers has re-launched what I can only hope is the first in a long series of next-gen reboots for all my favorite Sierra games. 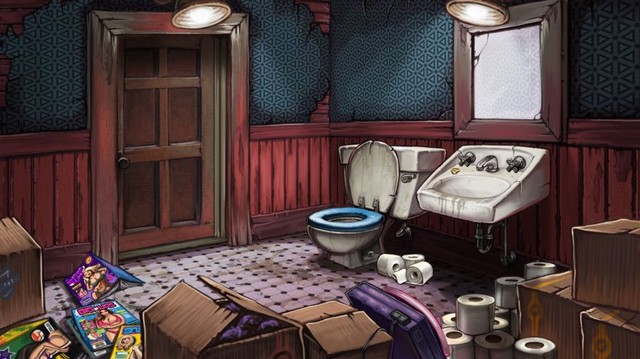 Leisure Suit Larry: Reloaded is actually much more than just a fancy facelift on an existing title. Al has tossed in a few curve balls in the form of altered puzzles, so gamers like me who expect to swap some whiskey for a remote control or find the password scrawled on a graffiti-filled bathroom wall will need to dig a bit deeper. The designers have even added a new girl to Larry’s potential list of women seeking restraining orders. Jasmine is an easily overlooked new character, especially for those who have played the original game, at least until you realize “something is missing”, and once you do find her and embark on her mini-quest, you’ll encounter one of the most difficult puzzles in the entire game.

At its core, Leisure Suit Larry: Reloaded is a testament to the classic point-n-click adventure game where you have several icons like touch, talk, walk, use, taste/smell, and…er…unzip. You’ll meet and engage in delightfully amusing conversations with dozens of people, acquire numerous items of interest than can be used or combined and then used to complete fun little puzzles. Locations range from the infamous Lefty’s Bar with upstairs brothel to Caesar’s Phallus casino, complete with nightclub and disgusting buffet, Club 69 where all the hottest gold-diggers hang out, a wedding chapel, and a convenience store that all serve specific plot and puzzle solving purposes. 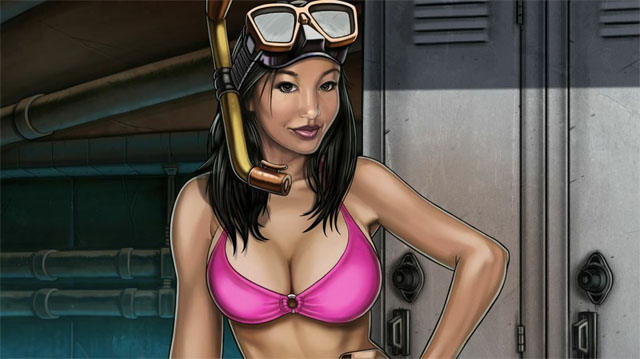 The new script is delightfully amusing with plenty of suggestive dialogue, quips, one-liners, and horribly bad pick-up lines. Most conversations are only two or three levels deep but Larry will get to explore some fun conversation avenues with each of the featured females in the game. The only thing better than the script itself is the Don Adams-style delivery for the actor portraying Larry and the omnipresent prim and proper Jeeves-style delivery of the narrator, that gave the whole game a classic Monty Python flavor.

Leisure Suit Larry: Reloaded isn’t a hard game or even that long; especially by today’s gaming standards, but for only $20 you can’t ask for a better 4-5 hour trip down memory lane. The graphics are as gorgeous as the close-up images of the women, with vibrant colors and a great art style and animations that spring to life like an animated cartoon series. The voice acting is impeccable and the music is fantastic and all accessible via the jukebox in Lefty’s. 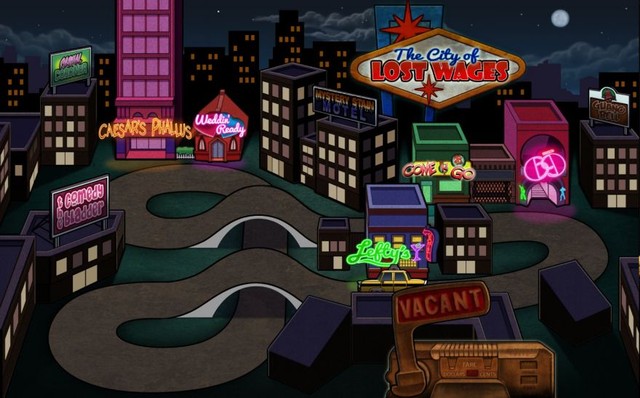 If I had to fault the game on anything it would be the mandatory gambling required to earn the $500+ you need for cab fare and other…ummm…incidentals. Thankfully you can abuse the “save anywhere/anytime” feature to finesse the slot and video blackjack machines to reduce your losses and capitalize your wins. There is also a lot of backtracking via the taxi, although with some proper planning you can do the entire game with only seven cab rides. The game has generous checkpoints but make sure to save often so you can explore the amusing ways to “fail”. After all, Larry is a loser and losing is amusing.

Adventure game veterans are going to love the new and remixed content in this “reloaded” remake, and if this is your first experience with gaming’s favorite 40-year-old virgin then prepare yourself for something very unique and wholly unforgettable. Just don’t forget your breath spray and lubbers. 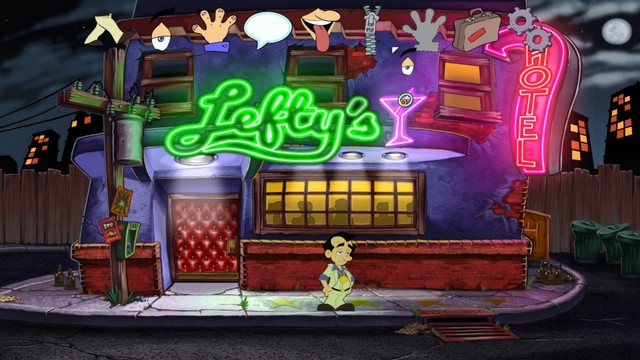 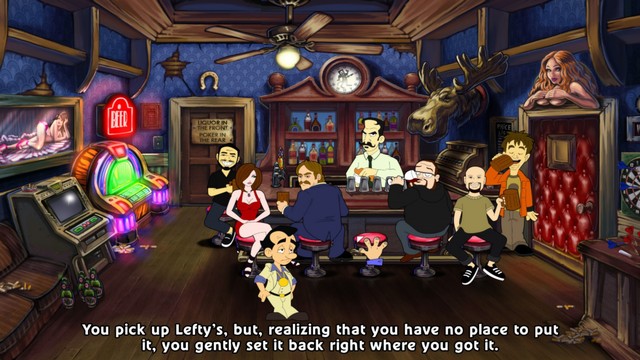 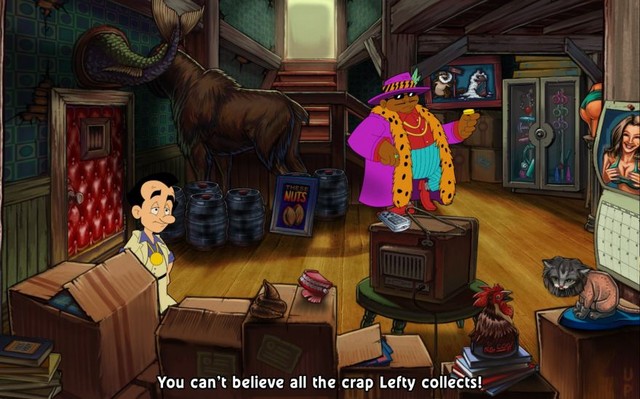 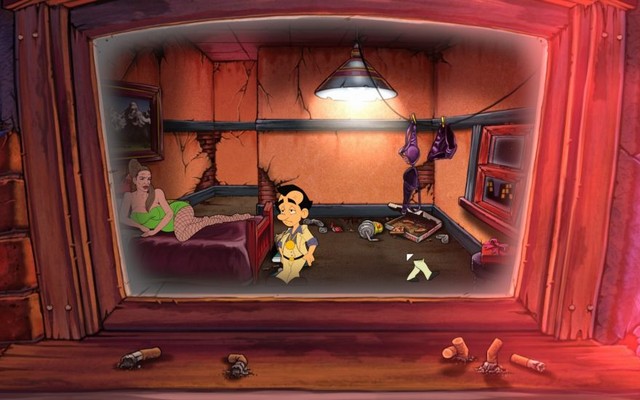 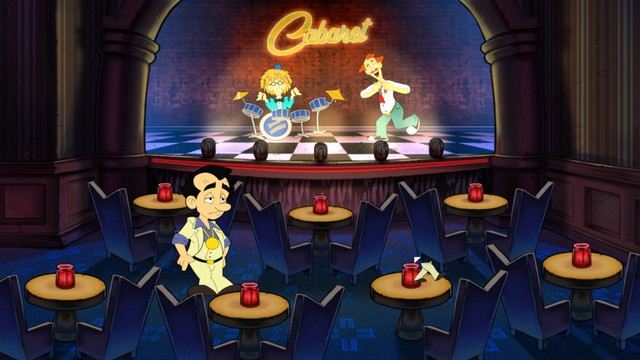 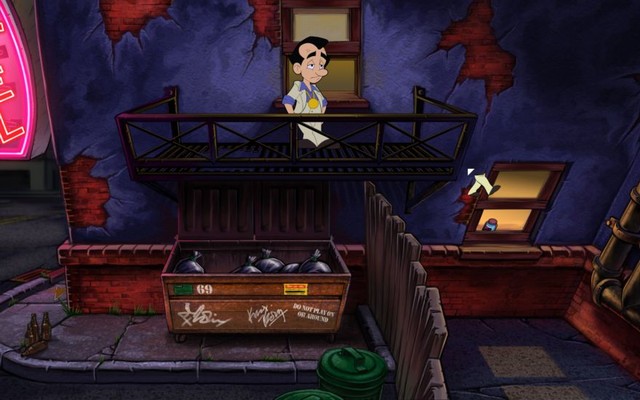 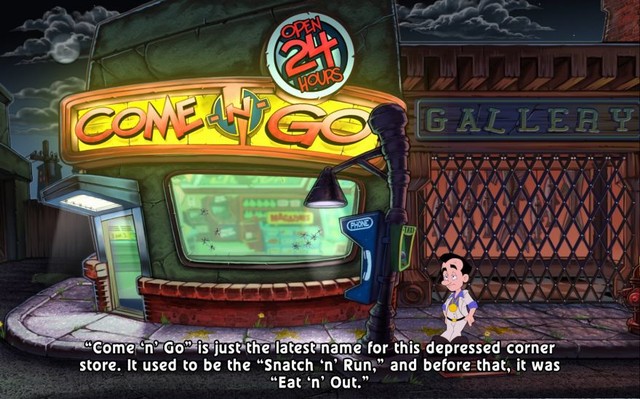 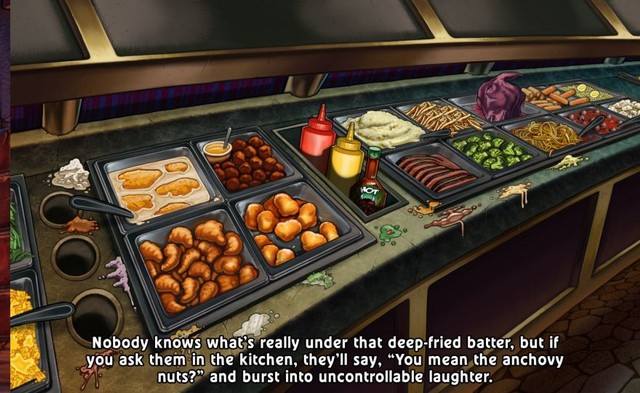 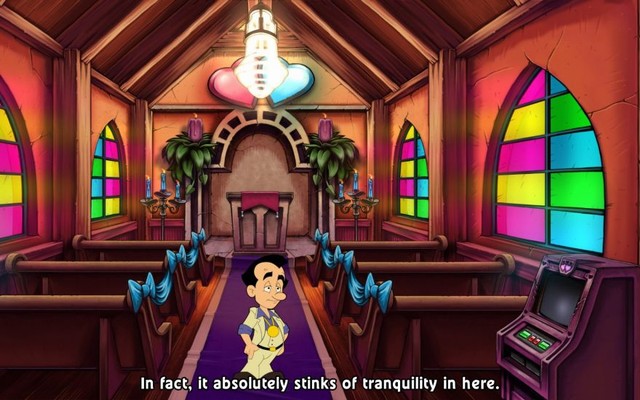 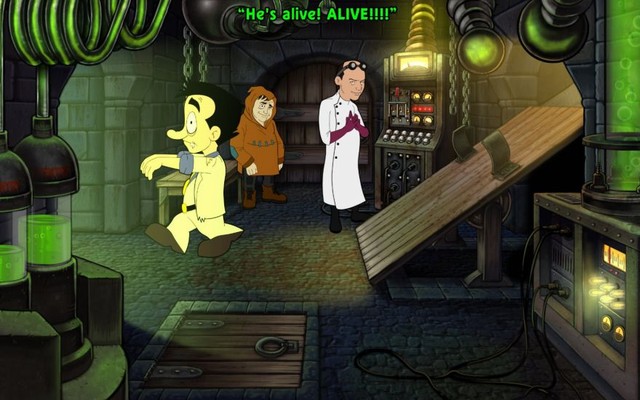 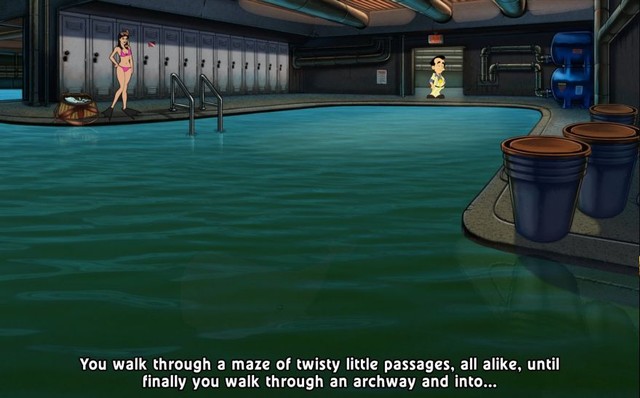