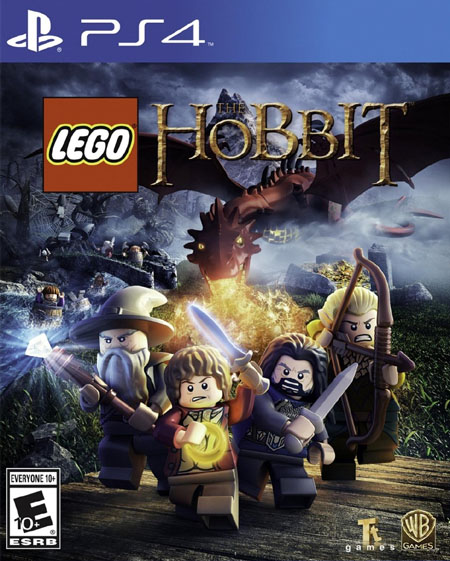 An epic fantasy adventure made even better with the seamless infusion of LEGO charm.

I am a huge fan of LEGOs, both the plastic toys that I spent countless hours with as a kid, and the video games that I now spend countless hours with as an adult.  TT Games has continually exhibited a unique ability to infuse whatever popular franchise they choose with loads of LEGO charm from Star Wars to Indiana Jones, to Harry Potter, Pirates of the Caribbean and even DC and Marvel superheroes, but their Lord of the Rings games have been some of the best and LEGO The Hobbit may be their bet yet.  It is the ultimate blend of action, adventure, and trademark LEGO humor, combined with an all new crafting system and a new special item build sequence that truly makes their latest game stand out.

LEGO The Hobbit is easily one of the prettiest LEGO games in the franchise, making the most of the powerful PS4 when combining near photorealistic backgrounds with adorable LEGO characters and populating the world with a variety of LEGO constructs from buildings to plants.  Naturally, this means that once again you are required to smash and obliterate everything in sight; especially if you are going for that coveted Master Thief status by filling up the LEGO counter during story missions.  Studs are useful currency in purchasing numerous support characters from an epic roster of people and items that you unlock by progressing through the story.  You’ll need these characters and their special abilities when replaying the game multiple times over to uncover previously inaccessible areas or interacting with special blocks specific to certain characters. 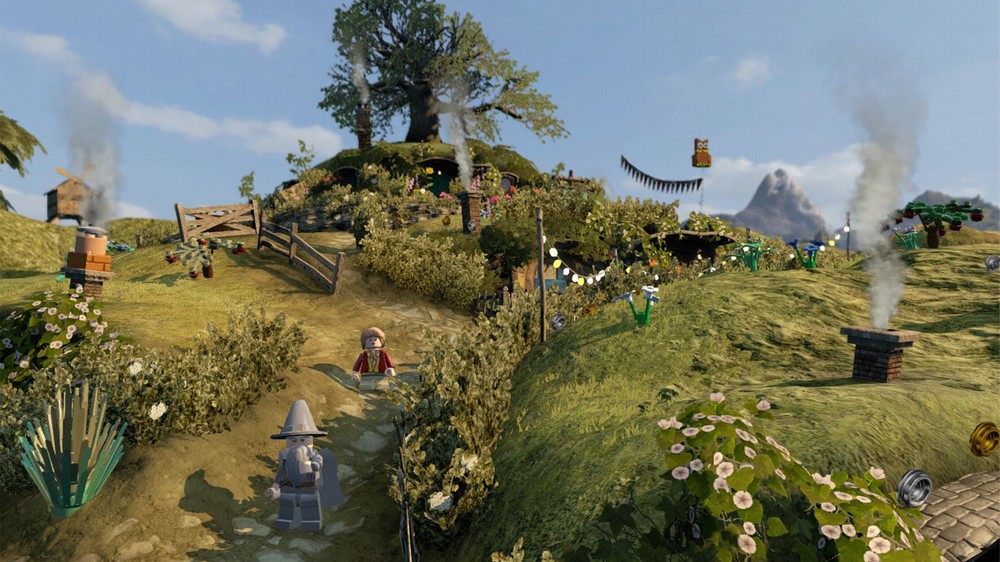 Best of all, the adventure is easily shared with fantastic split-screen support for drop-in/out co-op that, for the most part, keeps players on the same screen unless they stray too far from each other or the script deems otherwise.  There are plenty of puzzles targeted for co-op play, but these are also easily solvable for those who choose to play alone, plus there are plenty of buddy moments where you tether two characters together to overcome an obstacle that requires the power of two like smashing a door or attacking a boss.

LEGO The Hobbit features a new crafting system that has you collecting a variety of raw materials that spawn alongside LEGO studs when you smash things.  You can then use these items to craft useful items or barter with merchants for gems.  As long as you are diligent in your smashing duties you should never be short on resources at any given moment.  There were very few instances when I had to make something and I didn’t have the various ingredients, but even if you come up short there is no shortage of resources in the game.  Just go smash some more stuff.

The game is overwhelmingly massive and your laundry list of quests and side activities grows rapidly from the very start as numerous green dots start to speckle the map of Middle-earth.  You are free to do as much of the side stuff as you want or you can make a targeted run  through the story missions that do a surprisingly good job of following the first two Hobbit movies.  You’ll be delighted with the humorous cutscenes and marvel at the way the designers managed to convert nearly every major scene from the movies into a signature LEGO moment; everything from the epic escape from the Goblin lair to the whitewater suspense of the river barrel sequence.  The spider forest was a bit of a letdown, but I did enjoy solving Gollum’s riddles by constructing the answers from LEGO’s, and once you gain possession of The Ring there is this whole new “other world” to interact with. 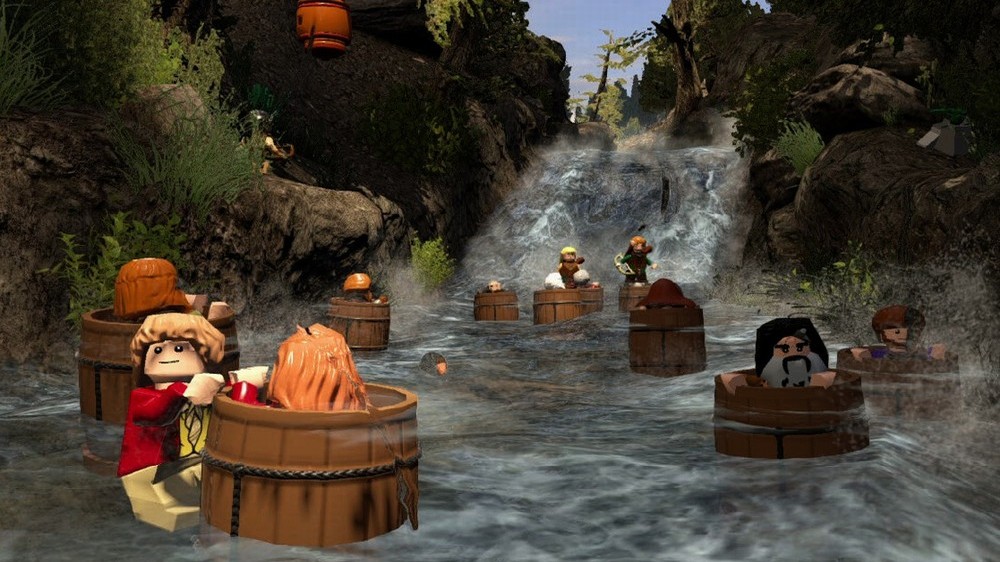 When you aren’t actively in a story mission there is this huge open world to explore that is full of activities and side quests.  There is always something to do in every inch of this game.  My only nagging issue with LEGO The Hobbit is the same I have with every LEGO game and that is my inability to do everything on my first pass through the game.  I am a completionist and I hate to move forward without doing everything I can, and LEGO games have always teased you with obvious items that you cannot interact with until you return later with new characters in the Free Play mode.  Of course with dozens of unlockable characters, the replay potential for this game is off the charts for those with the patience, dedication, and desire to unlock every last LEGO nugget.

In addition to the frequent crafting of various items you will also need to secure blueprints that can be taken to the Blacksmith shop in Bree where special items can be forged from Mithril.  And there is also this fun new construction mini-game where LEGO pieces will rain down to create a new object and you will be required to quickly locate and select a certain LEGO from a radial menu of pieces.

The game looks and plays marvelously with easy character swapping using the radial menu that not only picks characters but also selects tools specific to those characters so you can mine for gems with a pick axe or swing from a grapple point with a flail.  Bows and slingshots offer a targeting sight useful for interacting with targets, switches, or attacking ranged opponents.  The computer does a respectable job of playing any characters not under human control. 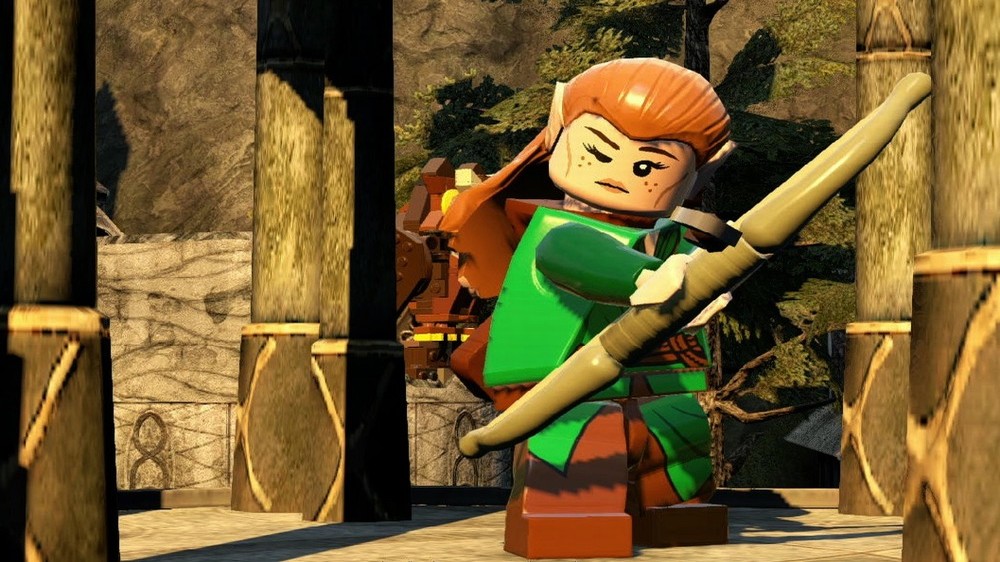 LEGO games have gotten so much better after the characters finally started to speak and LEGO The Hobbit makes the most of the existing voice work from the movies overlaid on LEGO-rendered cutscenes.  It was a bit off-putting to hear the adventure being narrated by Saruman (Christopher Lee) – you typically don’t have the villain narrating your story.  But the rest of the dialogue was perfect with recycled lines from the film and some original dialogue voiced with good sound-alikes.   The sound effects; mostly the clatter of smashing plastic studs and the snapping of those same studs being assembled into something new and more useful was fantastic as was the stirring music that I could easily listen to for hours on end.

LEGO The Hobbit is much more complex than any LEGO game to come before it.   There are so many characters and so many side adventures waiting to be revisited that you can spend weeks and months doing everything that Middle-earth has to offer.  The inclusion of the new crafting system is delightful and will certainly appeal to Minecraft enthusiasts, and there has never been so much love for the license and attention to detail as you’ll find in this game.

Aside from a few minor co-op gameplay glitches and the simple fact that you can easily get overwhelmed and even confused by the sheer amount of activities and the freedom you have in doing them, LEGO The Hobbit easily slips into my second favorite LEGO game of all time slot, bested only by LEGO Marvel Super Heroes.  It is the perfect way to interactively revisit the magic of the movies with all the charm and wonder that plastic studs and characters can offer. 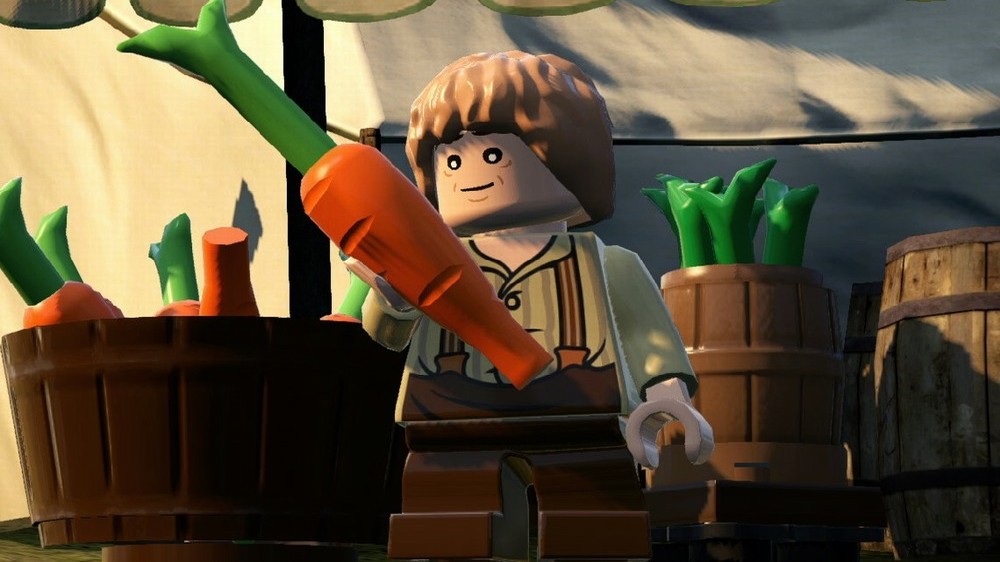 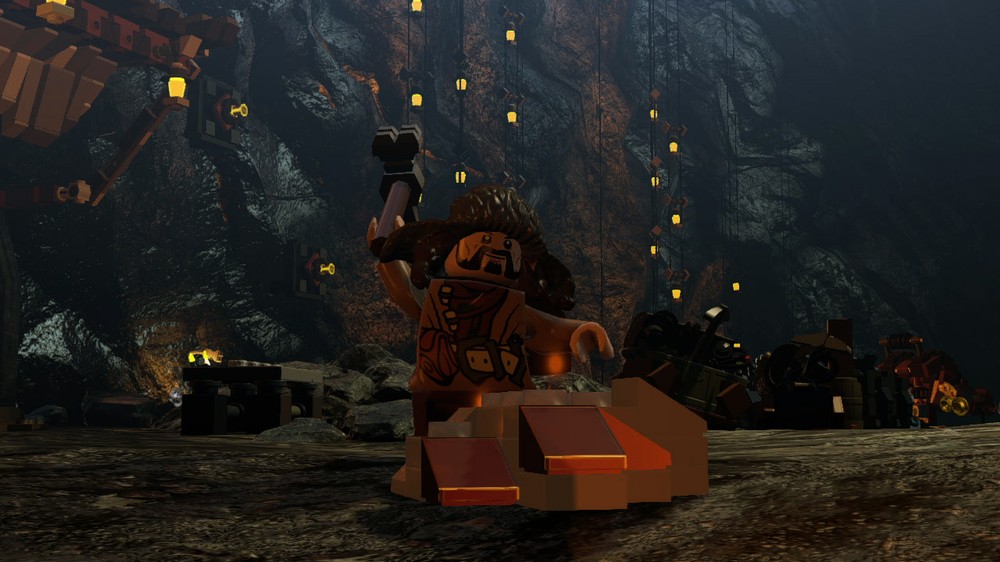 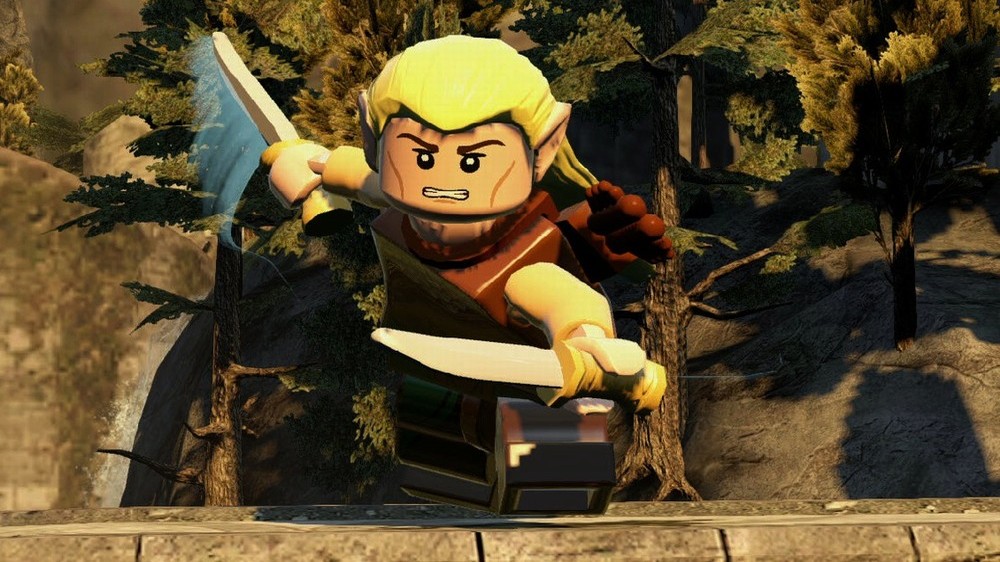 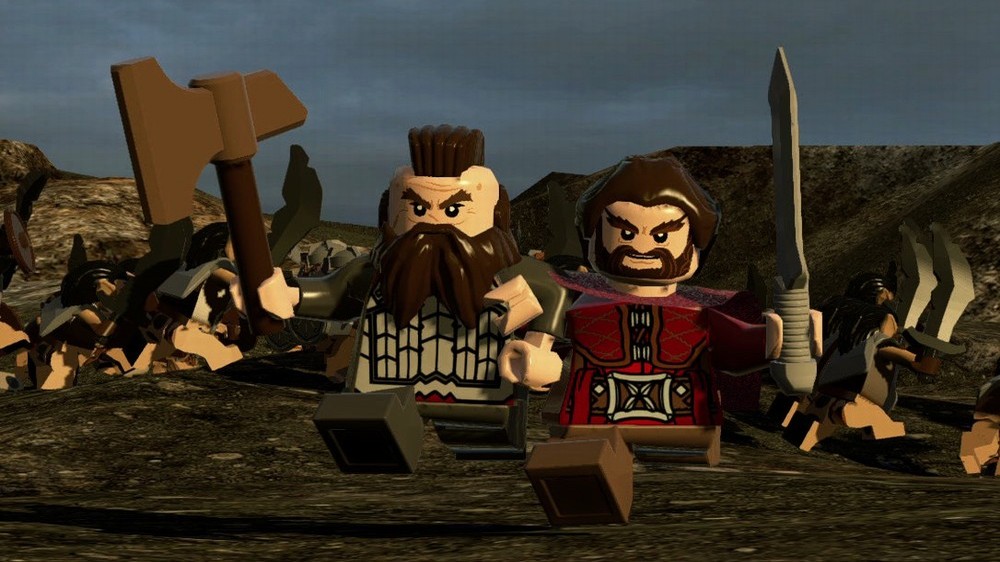 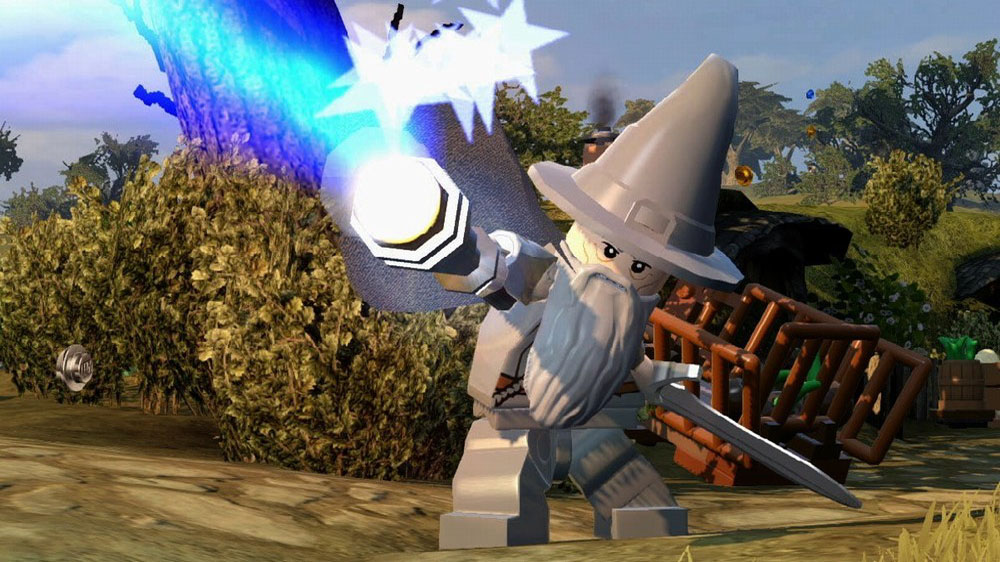 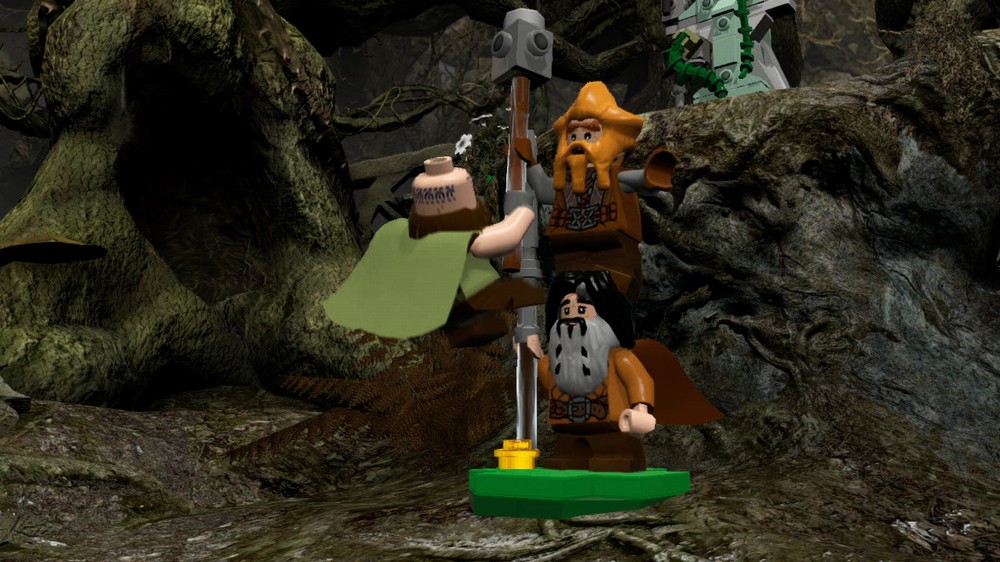 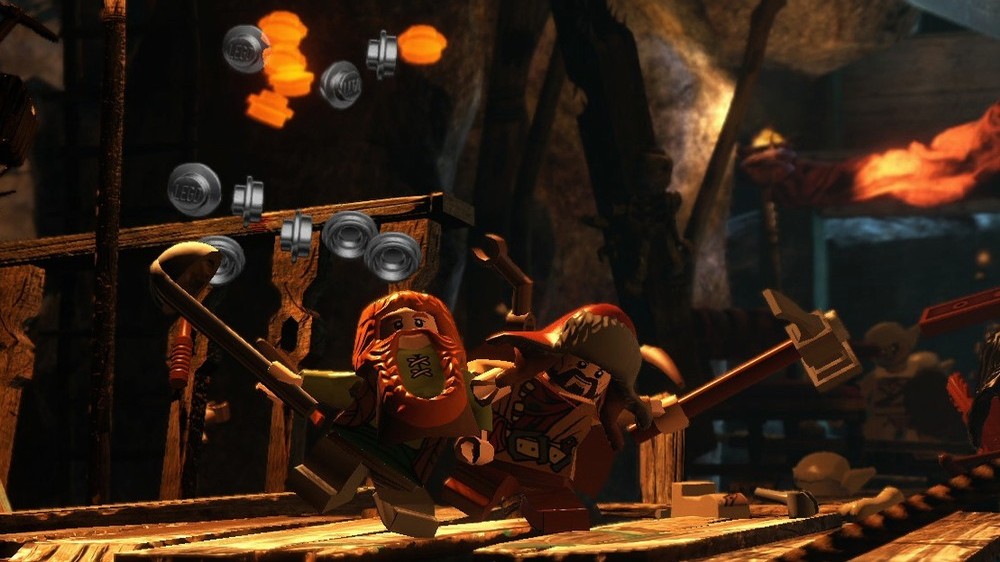 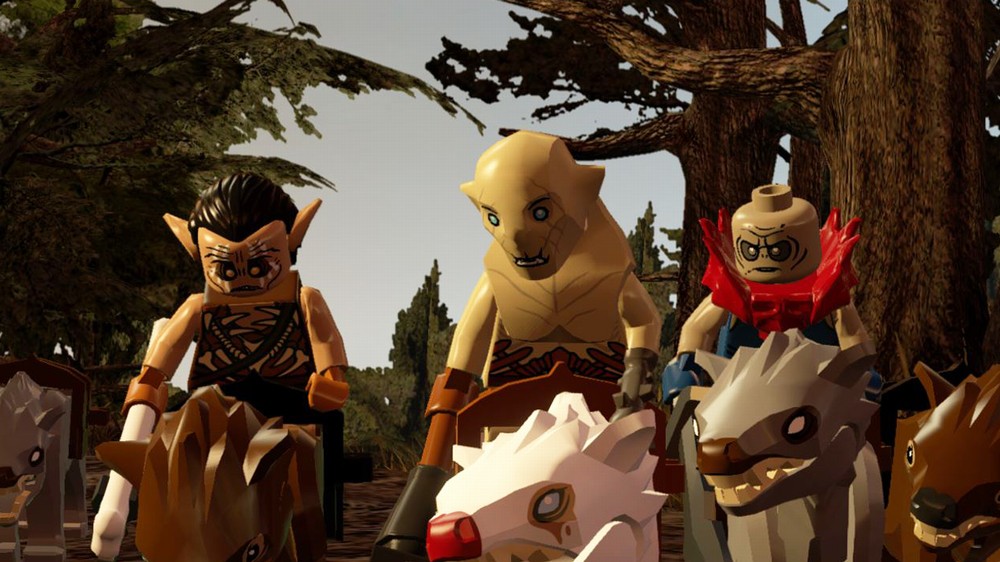 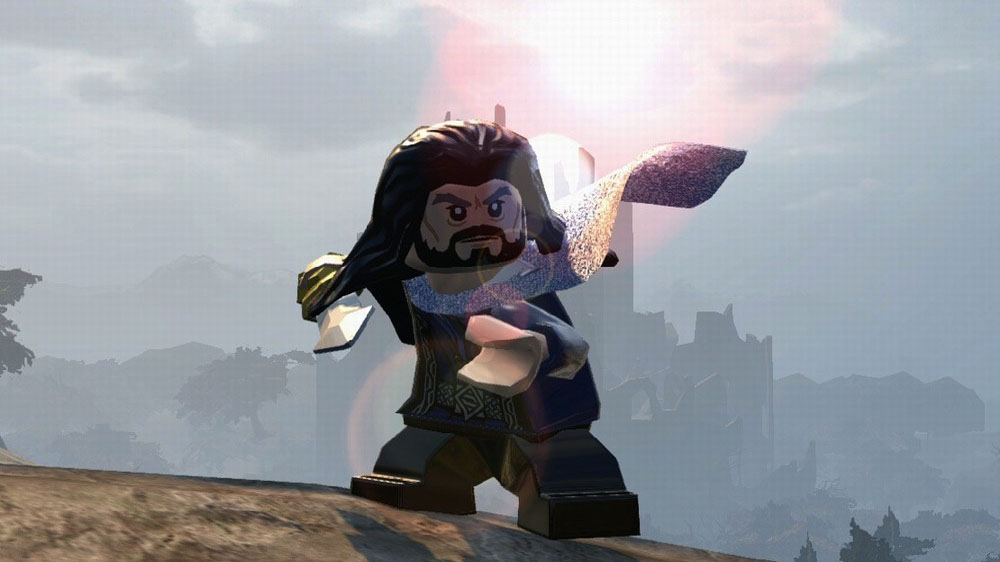 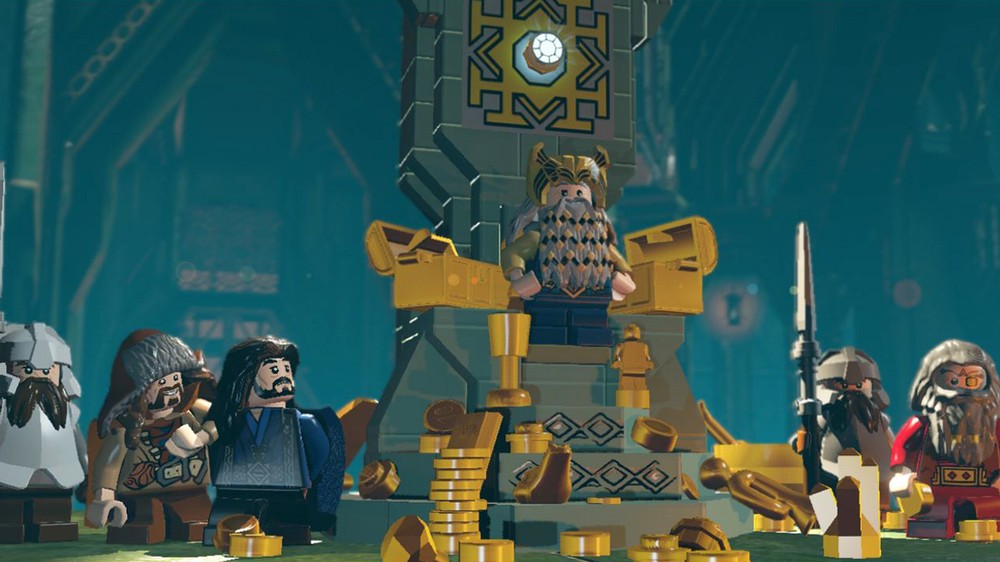 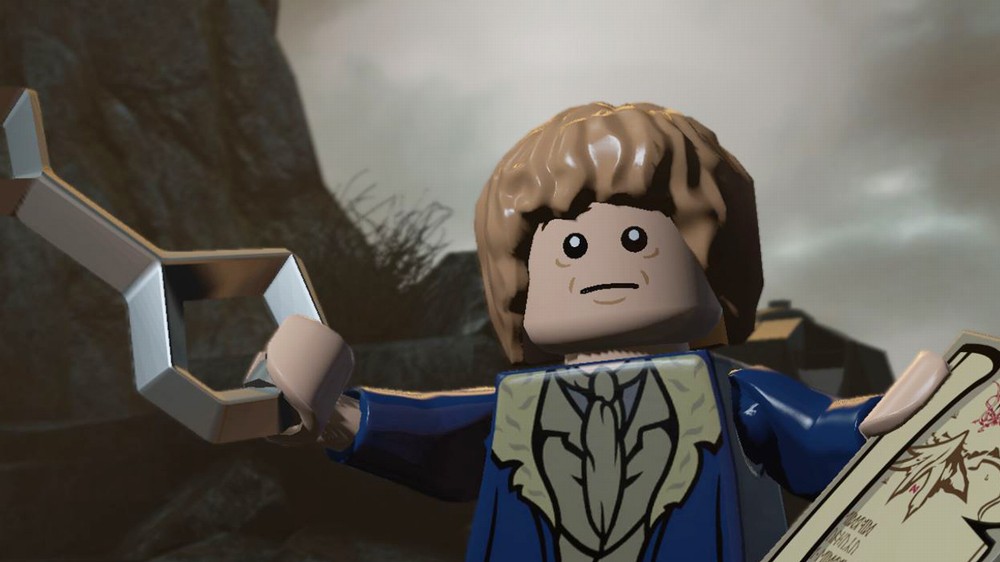 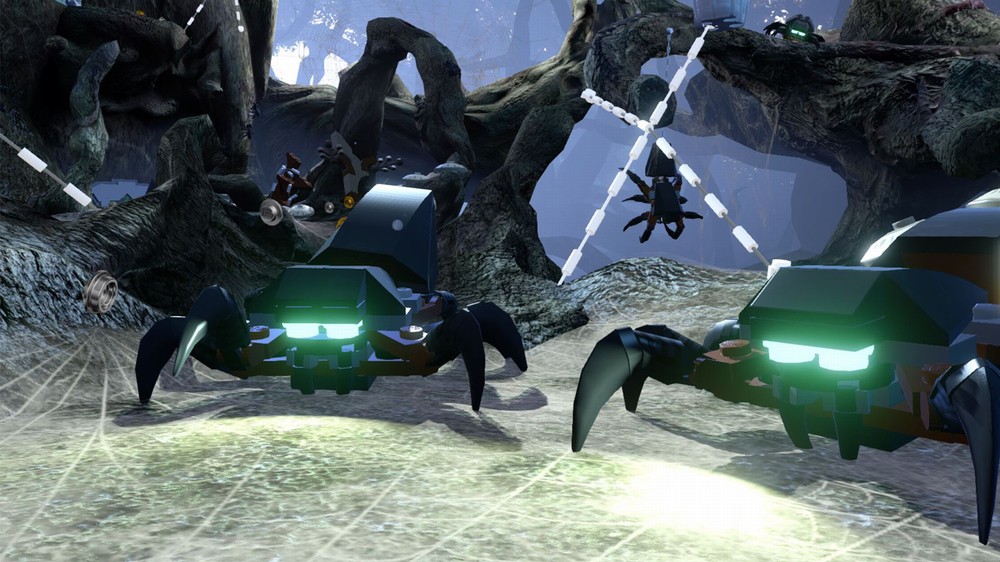