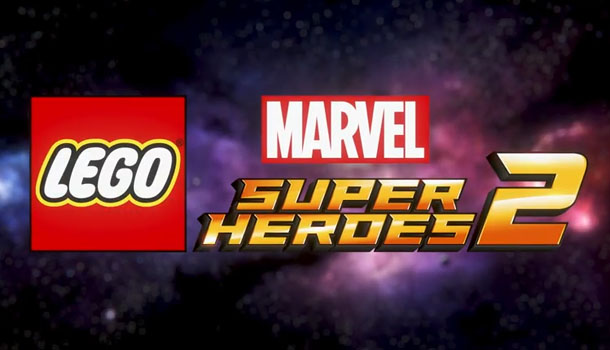 The most comprehensive Marvel roster joins forces with the best LEGO game to date.

Marvel fans assemble! It’s time to suit up for the biggest ensemble super-hero game allowed by law…or at least strategic licensed marketing. Sadly, Fox maintains an Iron Man grip on their X-Men property, so our favorite mutants won’t be coming out to play, but in their place we get just about every other super hero you’ve ever heard of, and maybe a few you haven’t, in LEGO Marvel Super Heroes 2. Headlining the updated roster are the Guardians of the Galaxy, and fresh off their canceled-after-one-season show, the Inhumans.   I’m not going to go into detail on the rest of the unlockable cast because, frankly, there are just too many plus, surprises are fun!

While LEGO Marvel Super Heroes 2 is easily playable as a standalone game those who have played the 2013 original will have a slight upper hand, at least with the storyline, and those current with events from Marvel’s 2015 Secret Wars will enjoy lots of plotline crossovers. Kang the Conqueror is using the Infinity Stone of Time to assemble his own dark army from across the Marvel multiverse along with notable landmarks he has fashioned into a single megacity, Chronopolis, which is where we meet up with the Guardians of the Galaxy in the opening level of the game. 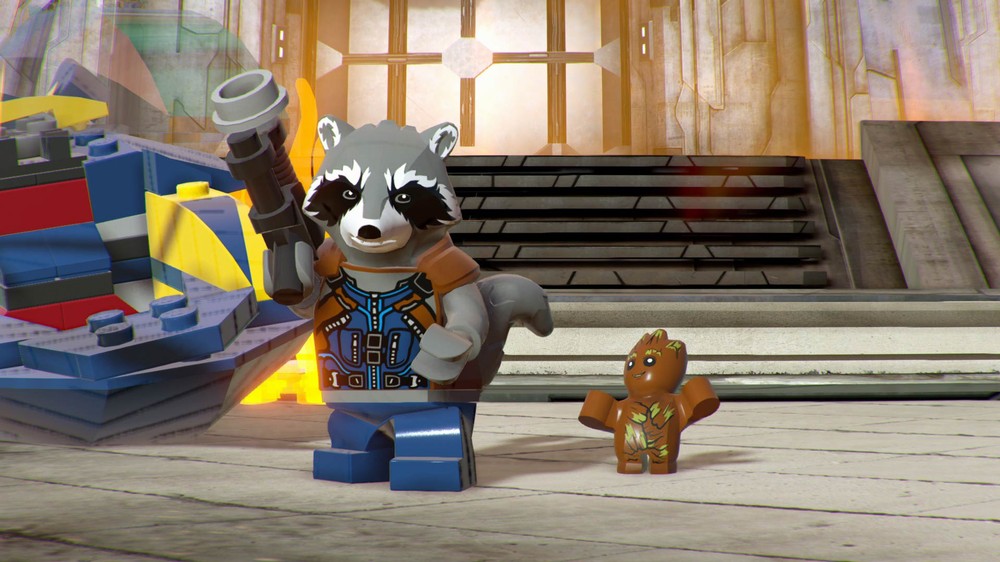 While an impressive backdrop for the first level, Chronopolis only gets more interesting the more you play as you realize it is a complex merging of multiple time-shift versions of Manhattan, along with other fictional Marvel locales such as Thor’s homeworld of Asgard, the Inhuman city of Attilan, the Kree homeworld of Hala, and a Nazi whitewashed version of Red Skull’s Hydra Empire. The whole city is under the control of Kang who rules from his centrally located fortress while other supervillains are scattered about Chronopolis, each in possession of a Nexus shard you’ll need to collect in order to open a portal to summon allies for the big boss fight against Kang.

With the story and motivation in place you’ll find yourself working out of the Avengers’ Mansion, a rather massive hub area with multiple wings, levels, and rooms granting you access to all the primary game functions you would typical find in a menu. From here you can launch your missions into story-based levels where preselected character combinations work as a team to complete specific objectives while doing what all LEGO games do best – break stuff. 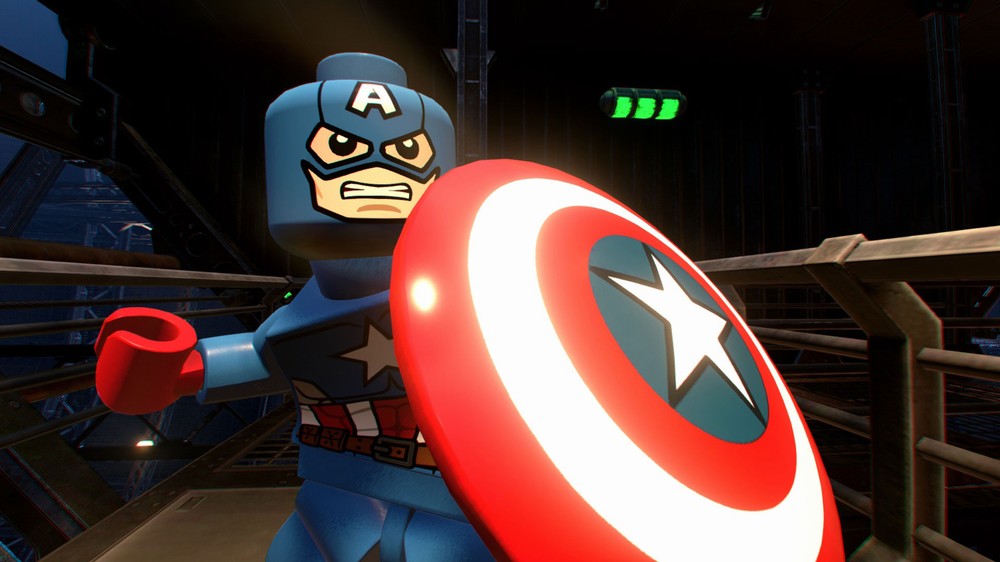 Of course the second most infamous feature of LEGO games is their aggravating ability to tease you with areas you cannot access and things you cannot do until you return in the Free Play Mode that is unlocked once you finished a level in Story Mode. You’ll also need the required characters to be unlocked and selectable, which makes this a great mode for revisiting the game after the story has been completed. While the story can be finished in 10-12 hours expect to spend 30-40 hours finding and unlocking 100% of the content. There are also Challenges and a 4-player Battle Mode.

The content just keeps coming with the Season Pass that adds six new levels and four packs of additional characters – again, too many to list but note that recent movies such as Black Panther, Infinity War, Guardians of the Galaxy 2, and Ant-Man and The Wasp all get characters and levels. And to their credit, WBIE has priced the core game at $40 and the DLC at $15, so you can get the entire PC Deluxe Edition for $55 – $20 less than the console release. 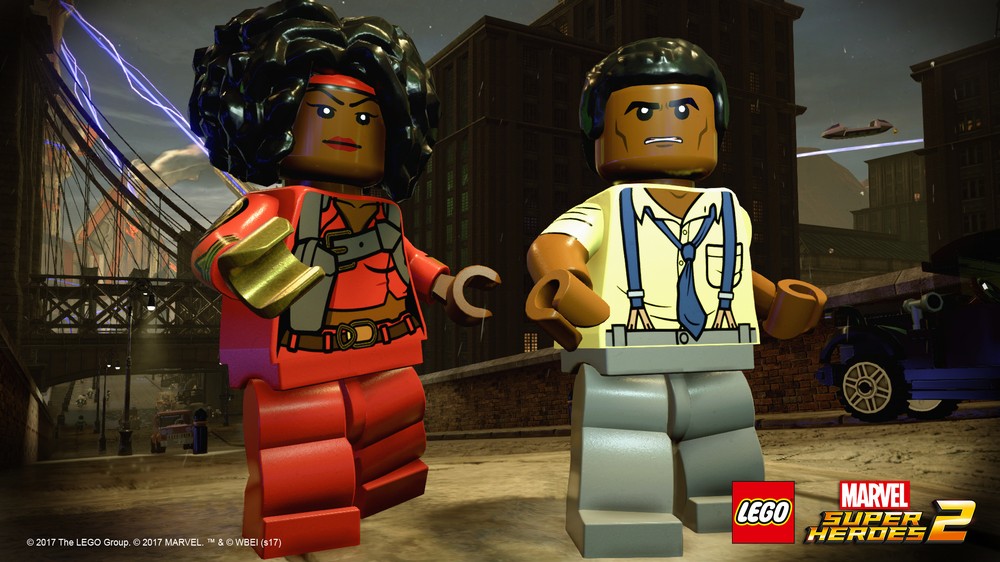 Despite the wonderful use of the Marvel license, LEGO Marvel Super Heroes 2, at its core, is still a LEGO game, and while the graphics and presentation have evolved light-years beyond what we had back in the early days of Star Wars, Indiana Jones, Harry Potter, etc. playing a LEGO game is still basically running around smashing everything (and I mean EVERYTHING) in sight, then collecting the multi-colored studs along with dozens of other collectibles, and periodically fashioning some new construct from the vibrating rubble to solve environmental and character-based puzzles. I really enjoyed the way the designers integrated some team puzzle solving, and the game’s AI seemed to function much better this time around when trying to get a computer character to stand on a button. As always, the game has drop-in/out co-op play that goes into split-screen if characters get too far apart. LEGO Marvel Super Heroes 2 is certainly a fun shared experience when you aren’t distracted by the angular split-screen, and I’ll keep saying this until they implement it – PLEASE DO ONLINE CO-OP!

Controls are responsive and I enjoyed the fact that most characters had a ranged attack that made smashing things easier since I didn’t have to melee every object in the game. I also appreciated the characters that could fly, since walking off a ledge was no longer fatal – you simply go into hover mode. In fact, there is a lot of flying and swimming in this game, which ultimately means a lot of ranged attacks using the targeting cursor or the game’s slightly awkward auto-aim assist.  There was a recurring issue of getting my character to stand in the exact spot to bring up certain button prompts to activate switches, etc. 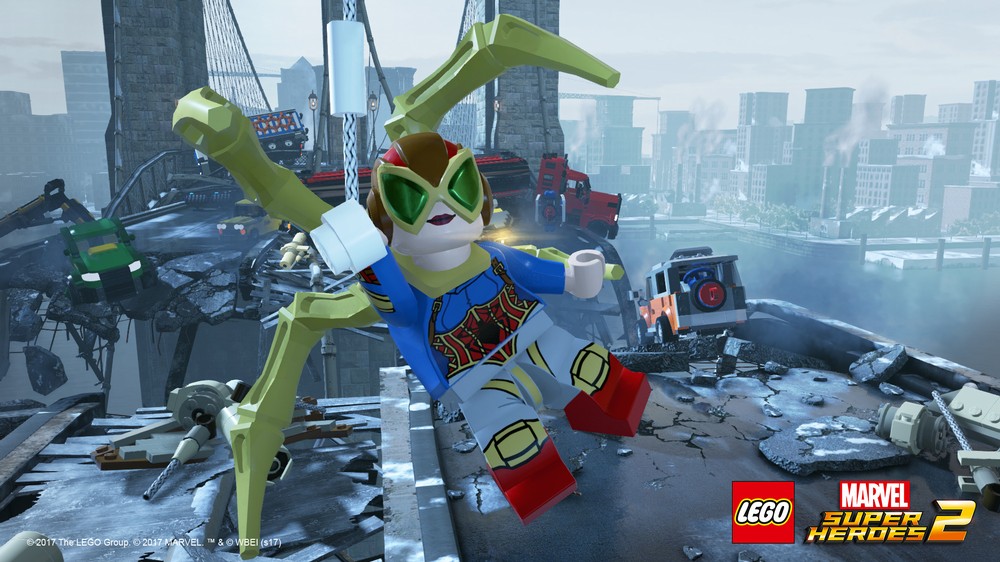 Each new LEGO game is technically better than the last, which means that LEGO Marvel Super Heroes 2 features the best production values to date; at least when it comes to stunningly beautiful level design and charming characters. Every level is practically a fresh game of its own, loaded with original design elements and great special effects. One of the earlier levels takes place underwater and the ripple distortion was amazing. The game scales to the power of your PC, and my GTX 1080ti card was able to crank out 4K graphics with v-sync on to prevent any tearing. The best compliment I can give this game is that it was like playing the LEGO Batman Movie in real-time.

While the visuals are off the charts the audio package doesn’t shine quite as bright. The sound effects and music are spot-on and really add to the overall immersion of the gameplay, but the voice acting is rather bland and below average. This was noticeable from the beginning with the talent voicing the Guardians. Fresh off a movie and five episodes of a Telltale adventure, here I had to get used to even more voices for these familiar characters, and frankly they just weren’t that good.   Thor, Spidey, Iron Man…nobody really sounded “right” for the part. The only characters that didn’t bug me were the ones I had never heard of, or heard speak before like Gwenpool, and the only truly good character voice was that of Kang voiced by Peter Serafinowicz. In the studio’s defense, this game was being made during the big video game voice actors’ strike of 2016, so the original cast had to be replaced with non-guild talent. I guess I shouldn’t complain too much since LEGO games didn’t even have voice acting until 2012 with LEGO Batman 2. 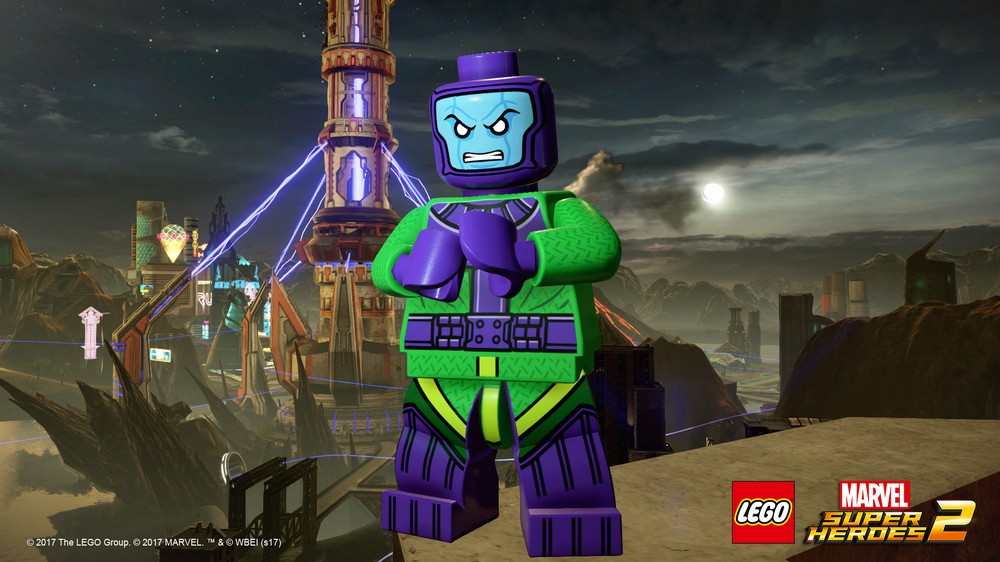 Despite some questionable voice acting, LEGO Marvel Super Heroes 2 is still one of the best games in the growing library of LEGO games, and for those who love to smash-build-collect-repeat for 20-40 hours you won’t find a better game to do it, and certainly not one with more Marvel superheroes than you can remember even existed. The PC version offers a fantastic technical presentation and an attractive price point that will save you $20 versus the console versions. If for no other reason, get this game to help Stan Lee.   He seems to be stuck somewhere in every level, and I’m sure he’d be grateful. 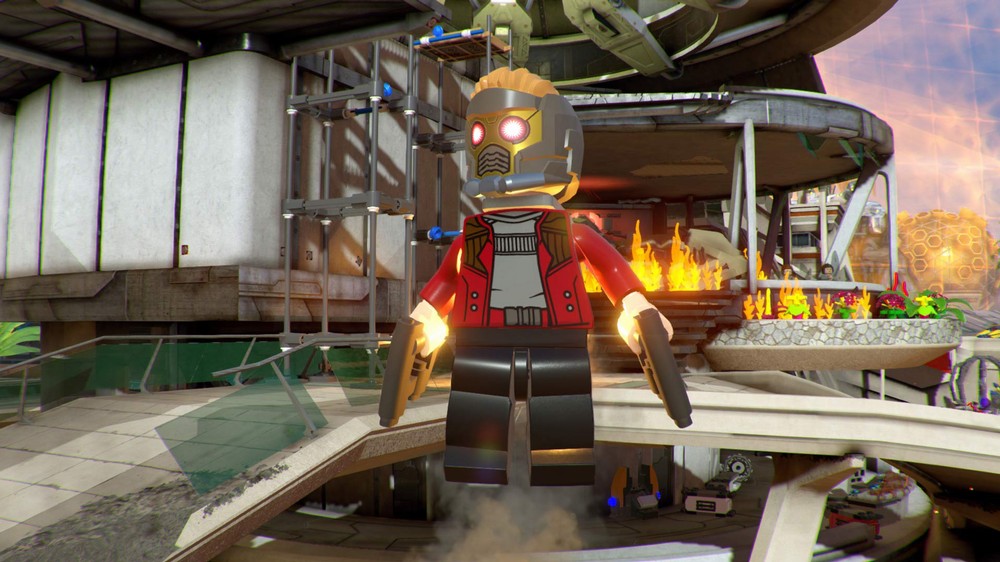 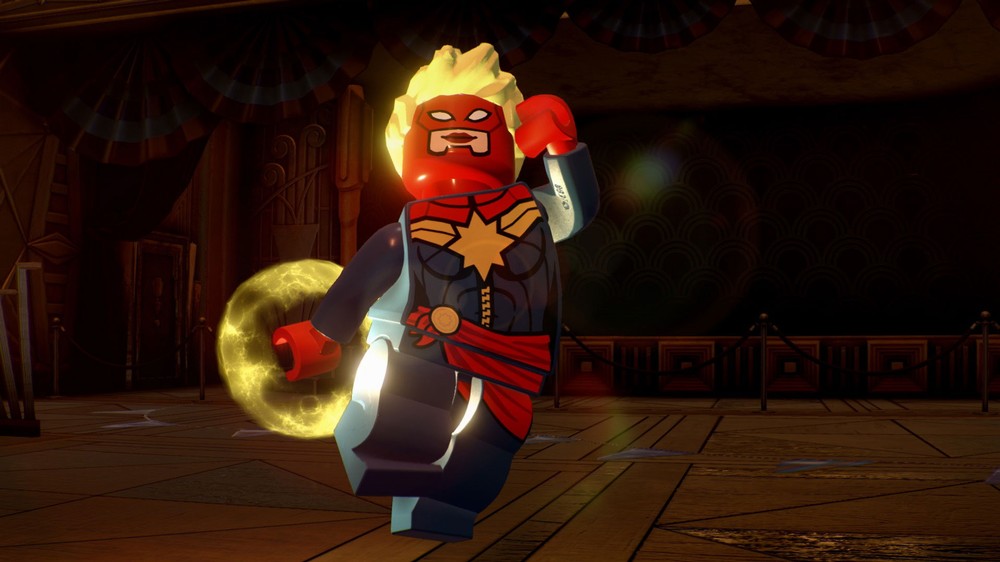 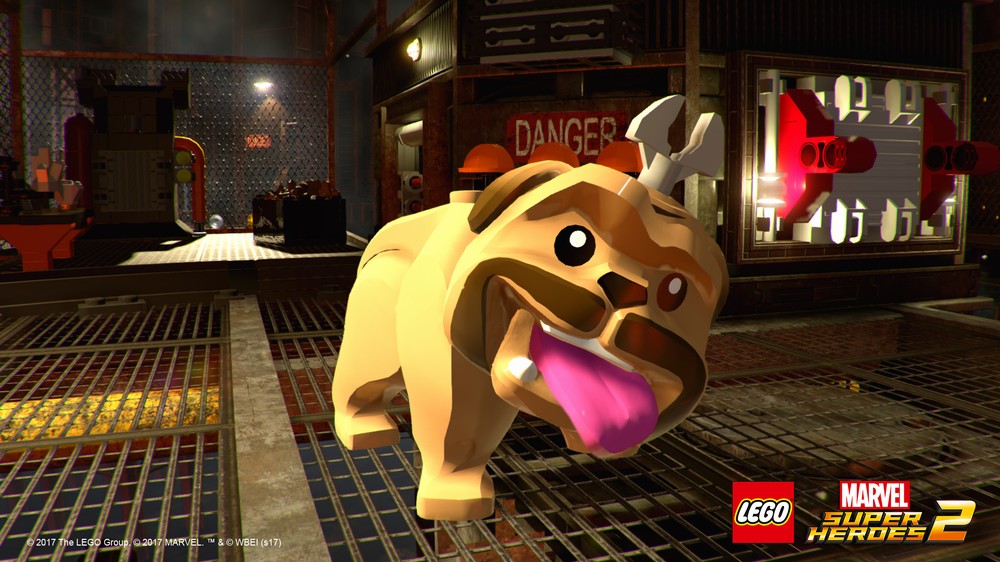 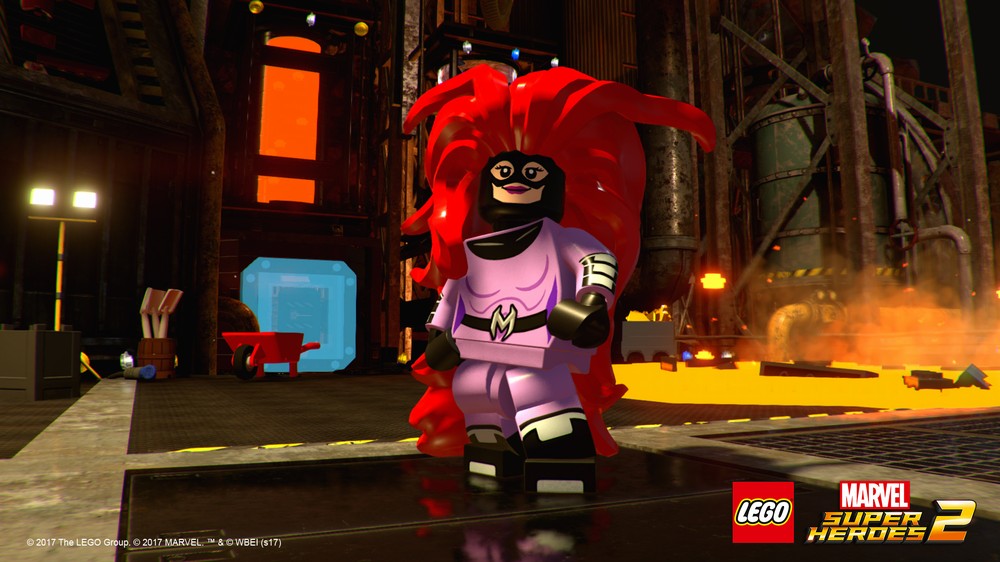 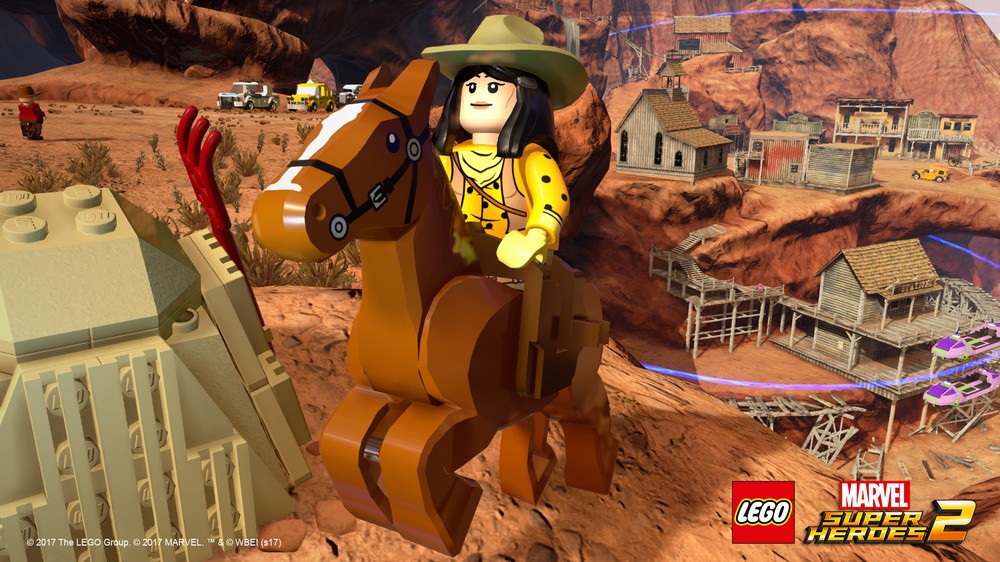 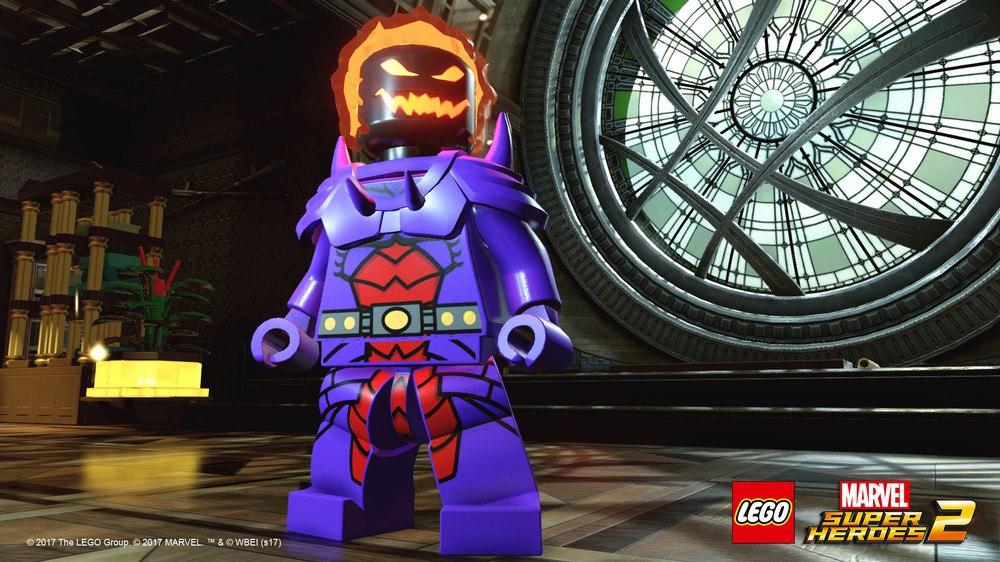 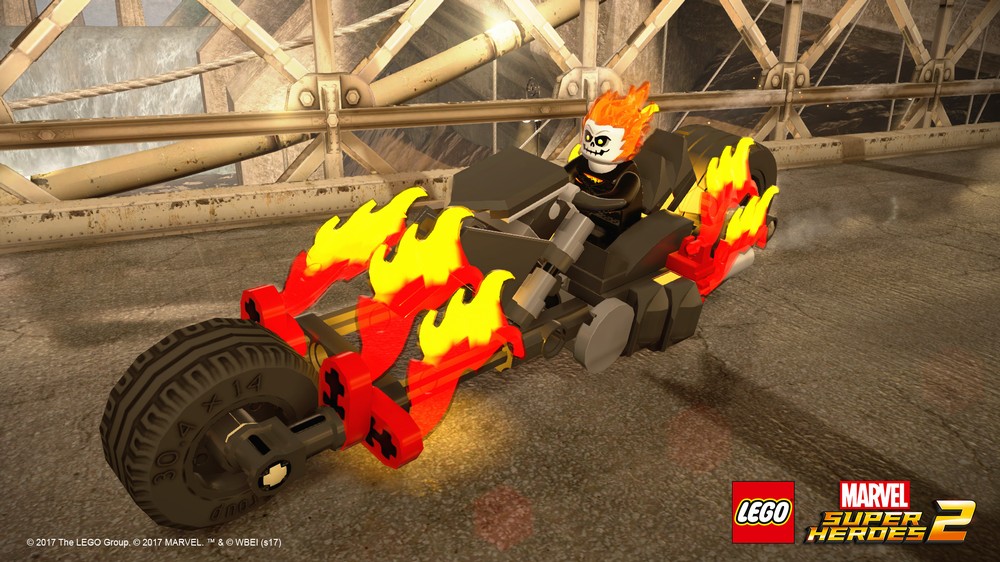 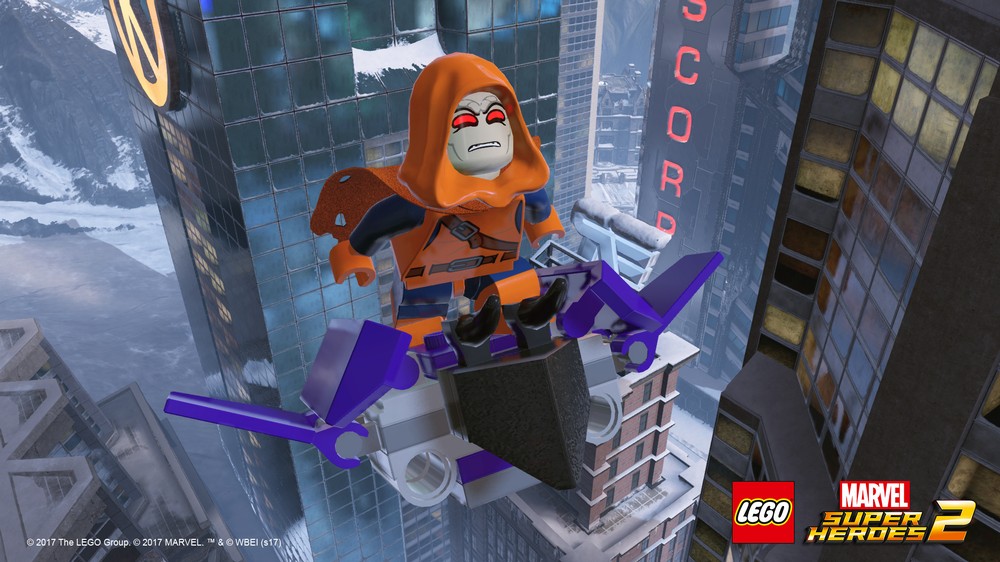 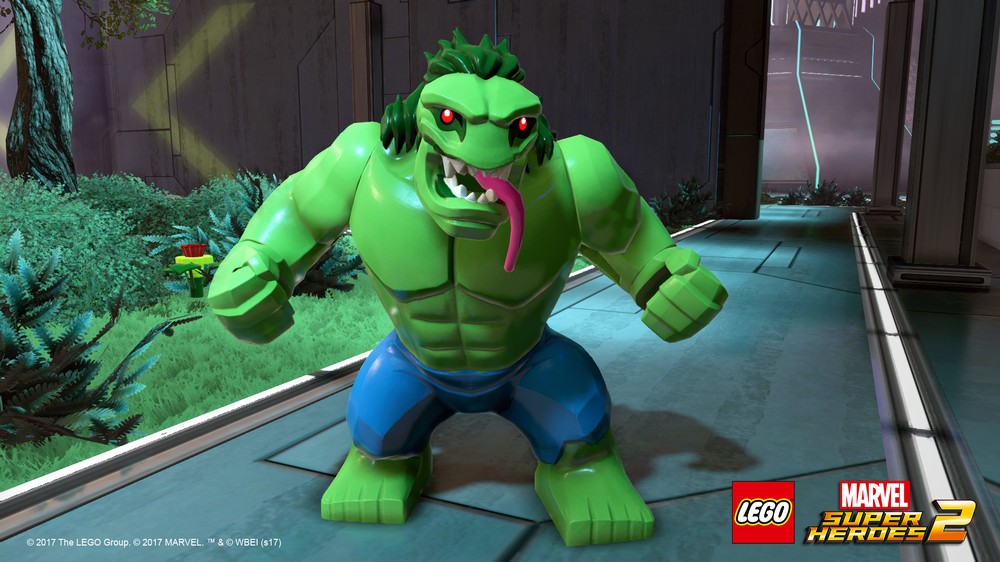 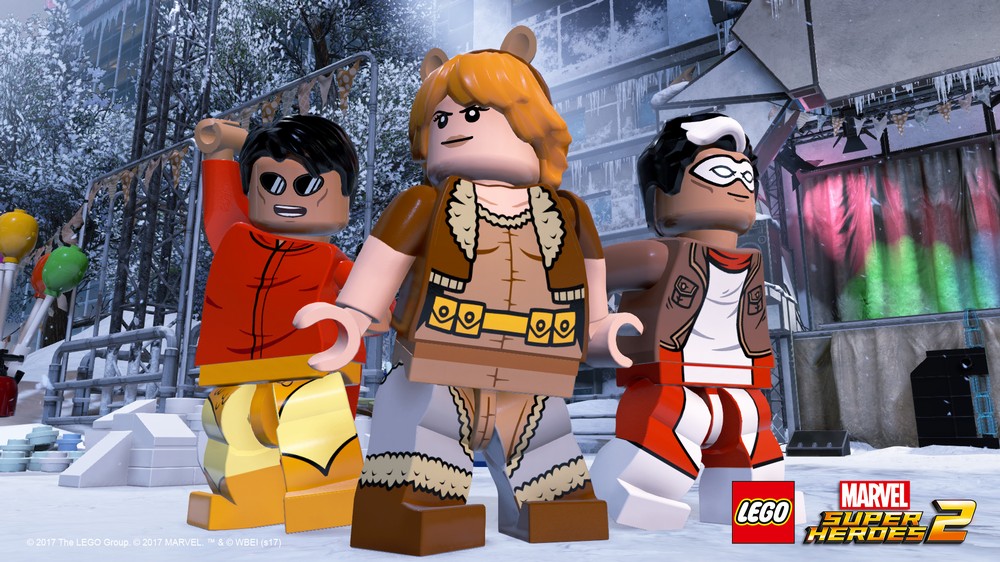