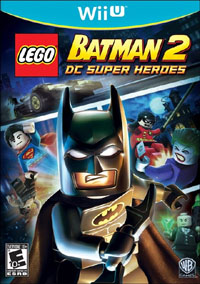 Video gaming comfort food, and when you’re in the mood for it, it hits the spot perfectly.

Lego games based on popular characters are usually pretty safe and formulaic. Grab a character, run through stages, beat up enemies, and solve puzzles. Lego Batman 2: DC Super Heroes takes a bold risk by stepping out of this comfort zone, abandoning the traditional level-based setup and creating a full open world for Batman to explore as he travels Gotham City and cleans up the streets.

While this isn’t entirely uncharted territory for the series (Lego City Undercover predating its release by a couple months), it’s still new ground. There are hidden spots with collectibles, enemies hiding on rooftops, civilians to save, vehicles to hop into, and in general, just loads and loads of things to do that you’d associate with an open world game. Sure, you can just go through and clear the game, but anyone who’s played one of these knows that there’s an entire world just bursting at the seams with things to find and collections to bring to 100%.

That isn’t the only new thing. Lego Batman 2 is also the first Lego game to feature full voice acting. It’s kind of a weird thing to get used to, since every previous title has just featured miming, but it works, especially since some of the actors come from other Batman video games or the cartoons. The voice acting is solid, and it lends itself well to another strength of the Lego games: Comedy. I’m not going to try to re-deliver any of the jokes here, but I admit I smiled and laughed a few times, something that many games never even try to invoke in their players. 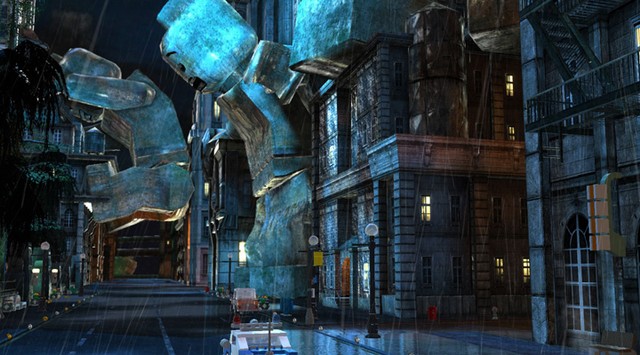 Another major departure from the previous Lego Batman game is the subtitle: DC Super Heroes. It’s not just Batman and his usual rogue’s gallery. The story centers on a team-up between the Joker and Lex Luthor, so Superman is in the picture. So are Aquaman, Wonder Woman, Green Lantern, Zatanna, Flash, and loads of other heroes (and villains!) of the rich DC universe. As in any good Lego game, you can take control of all these people and use their super powers. In a particularly nice touch, the John Williams Superman theme plays whenever you take flight with Superman. Of course, Batman himself is still the star of the show, with Robin as his Superman-idolizing partner.

As far as gameplay goes, the actual moment to moment play when you’re accomplishing missions and going through the story isn’t too different from the usual Lego fare. Beat up enemies and solve puzzles. Still, this is the essence of maybe half of third person action games released in the past 10 years, so I’m not about to go bashing this game for that. That’s not what the real lure of the Lego games is anyway. It’s all about collecting, collecting, collecting.

First up is the classic Lego unit of currency, the Stud. Beat up enemies, and they drop Studs. Collect Studs and buy upgrades, vehicles, and other stuff. That’s pretty straightforward. There are also Red Bricks. When you collect these, you get Extras, which are little effects you can enable through a menu. These let you do things like wear Groucho Marx glasses, boost your Stud collection radius, regenerate your health, and locate special Bricks. As you go through the game, you also get to collect and take control of dozens of iconic (and obscure) DC heroes and villains. 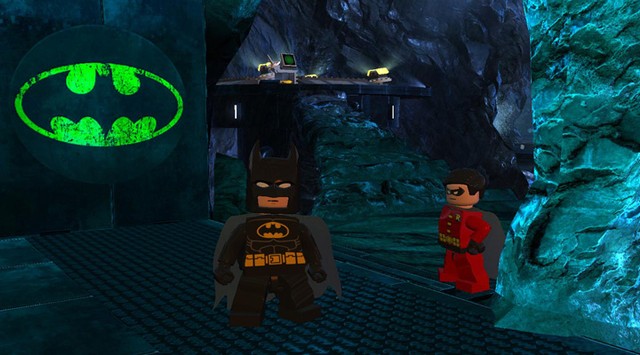 The real meat of satisfying this collectable urge are the Gold Bricks. These are what really count when going for a 100% run of the game, and getting these aren’t as easy as just picking them up off the ground. To grab these goodies, you’ll need to solve puzzles, enter races, play carnival games, rescue citizens in peril, and that’s just off the top of my head. There are 250 of these all around Gotham, and this is where the real game is.

This is also where the Wii U version of the game becomes a huge help. It’s an open world game, and no one in the world wants to open up a map screen any time they want to get anywhere. The screen on the Wii U Gamepad shows a map. I realize this doesn’t sound too impressive, but I can’t stress enough how much this improves the experience. It saves time and keeps you in the game, and if you want to see if you’re still going the right way or if you passed something, you just need to do a quick glance down at your controller. This is especially helpful since the other versions of the game have no mini map.

This game is just fantastic in a lot of ways. It’s easy to pick up, easy to play, it makes you laugh, and it’ll keep you occupied for a while trying to collect everything. It’s video gaming comfort food, and when you’re in the mood for it, it hits the spot perfectly. If you just want to sit down, pick up a controller, and have some fun, get Lego Batman 2. 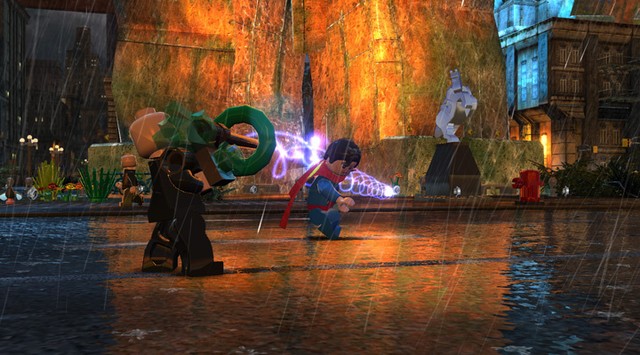 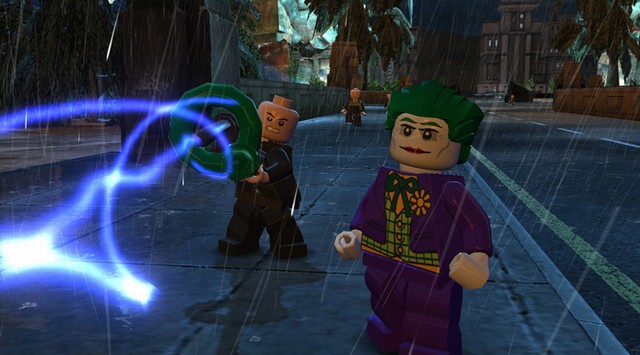 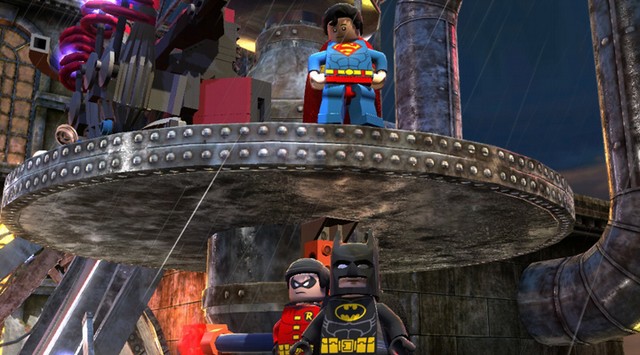 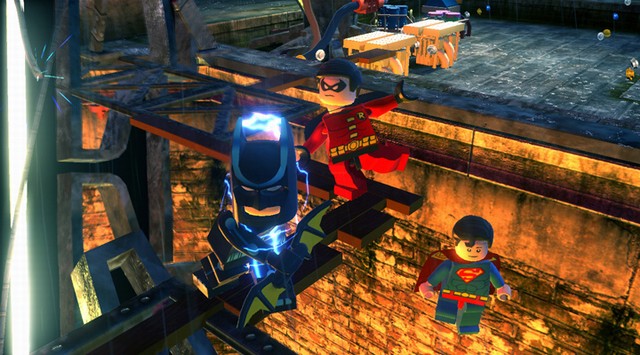 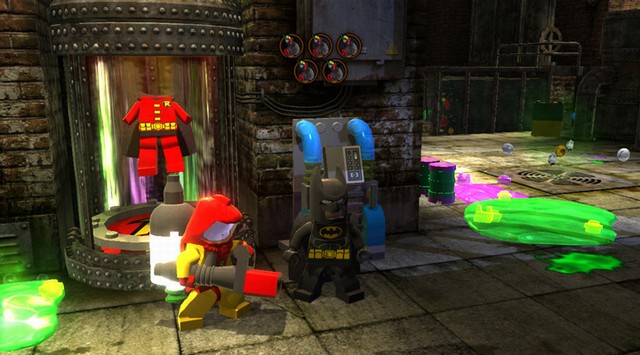 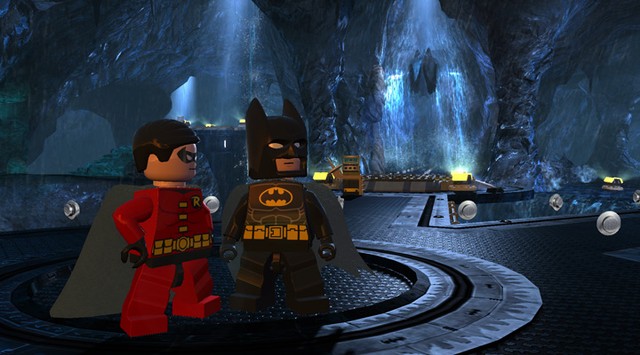 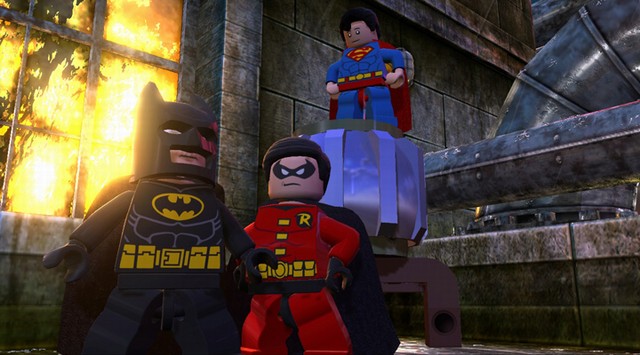 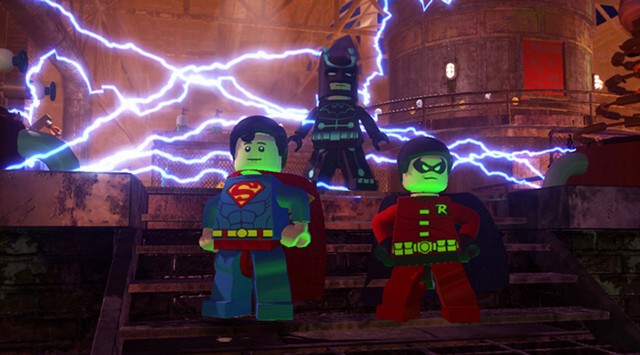 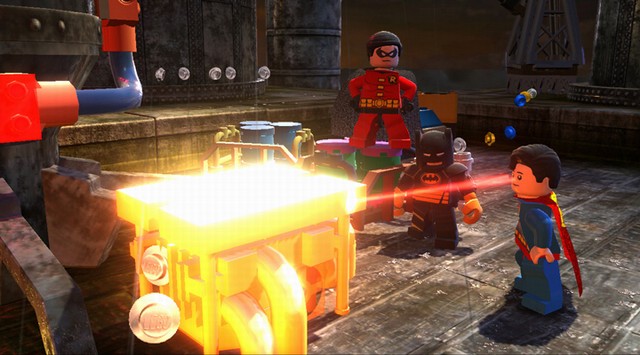 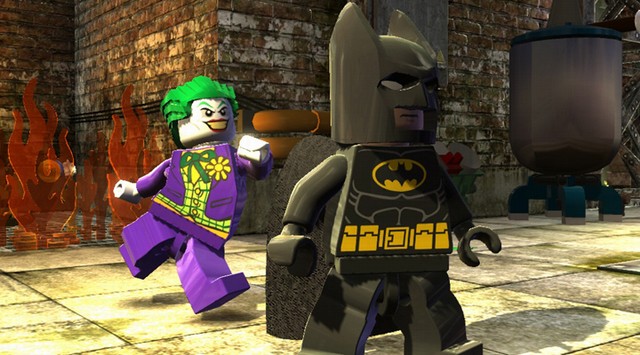 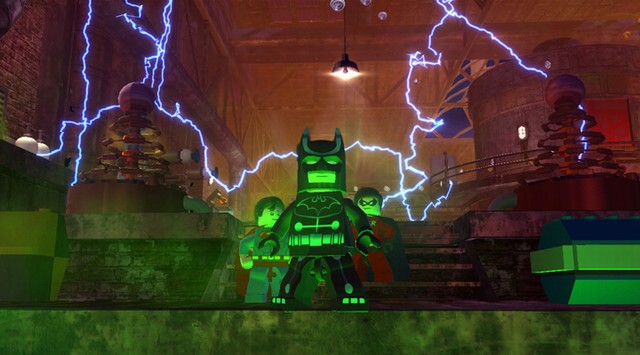