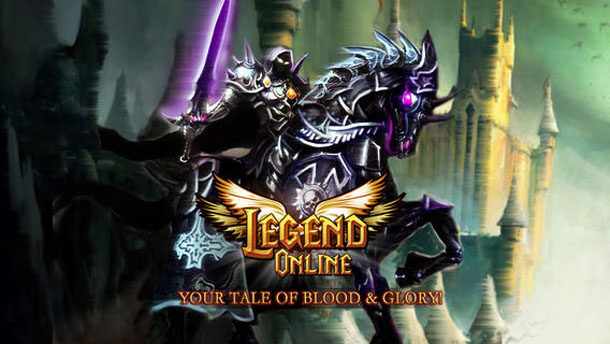 Tutorial is quick and a bit lacking, crowded or missing text on some screens, potentially unfair to players who unwilling or unable to spend money

A nice take on the MMORPG genre, perfectly suited for mobile gameplay

MMORPGs have become a dominating genre in the PC market although that doesn’t mean that they can’t function outside of the industry comfort zone. Several PC MMOs have found popularity on consoles and have even found success in the mobile market as well. For the past several weeks I’ve been playing a new mobile MMO called Legend Online: New Era for iOS and I have to say as an avid MMO player it’s been a rather fun experience, both on my iPhone and my iPad. It should be noted that like all MMOs Legend Online: New Era requires internet to play either over cell towers or Wi-Fi which is needed for most iPads. Since the app is universal the game also syncs between the iPad and iPhone, so you’re never far away from your current progress.

As far as the story goes you are a Hero united under The Seventh Dragon, an Archmage, to defeat the devils that have taken over cities of all races. You get to select from three heroes, a Human Warrior, a Mage or an Elven Ranger in which to head into battle with after selecting a game server. The cool thing is you can play on several different servers allowing you to experience the other two classes since only one character is allowed on a server. Like a traditional MMO, Legend has an in-game tutorial that sort of teaches you the ropes though in an accelerated manner. This tutorial shoots you through 7 character levels on a limited rail system before turning you loose to carve your own adventure. Personally I would have liked a bit more freedom earlier in the game, but it does get new players with limited time into the main game pretty quick. If the speed lessons leaves you a little confused there is a help system in the settings menu to aid you further. 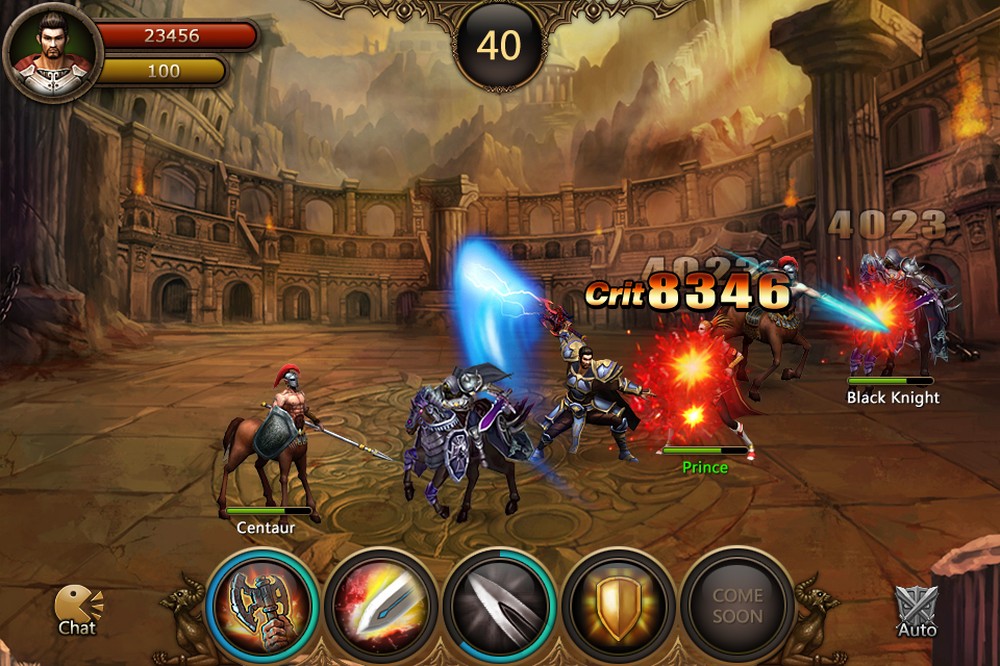 Once you get complete control of your character you are going to be doing things a little different than your traditional MMO. Usually you go through a set world seeing things from the ground level with a little bit of the story revealed as you go. In Legend each player has their own city in which to develop in addition to their own character, which is necessary to get anywhere in the long term. The main method of gaining player experience in any MMO is by completing quests like defeating a group of enemies or crafting gear as a skill. Legend Online: New Era functions a lot like that in fact, but takes things a lot deeper as building up your city’s foundations like the City Hall, Gold Mine and Treasury also reward you with experience, coin and other goodies to further your endeavors.

The trick to Legend Online is that everything is connected in a circular pattern. Your City Hall is the corner stone for developing the rest of your city, be it upgrading the Gold Mine to take in more income, or upgrading the Barracks to increase the level potential of existing or new troop types. Gaining the ability to do this though is based upon your Hero’s level so you’ll be spending a great deal of time going back and forth bettering your Hero to straighten your City and so forth.

Combat is played out in level specific areas like the Light Temple which is for Level 18-20 Heroes. Each area has you face a set number of battles with varying enemies each with a Boss enemy in the final wave. Combat is shown in a turn-based manner, each side attacking each other in intervals until one side wins. Players are usually accompanied by up to two GIs (party members) who run on auto pilot while you have control over your own Hero. I choose a Ranger as my first character so I supplemented his ranged attacks with two melee based Pikemen. This usually gave my ranger the time to pull off Double Critical attacks which take time to charge prior to attacking. As you level up you earn skill points to spend on abilities such as the Double Critical or Vampiric Arrow attacks, which can be dragged and swapped into your attack slots at any time outside of battle depending on your needs. There were a few times that I had to retry a dungeon due to my troops or myself not being strong enough, which is why constantly improving your character is important. Getting better in combat not only requires that your Hero increase in level and learn new skills but also to earn or craft armor and weapons to aid you. Crafting new gear requires gold and loot that drops from fallen enemies or purchased from shops like the Arena or Devil Shop. Doing this is the difference between failing a dungeon or winning by a thread of your health. 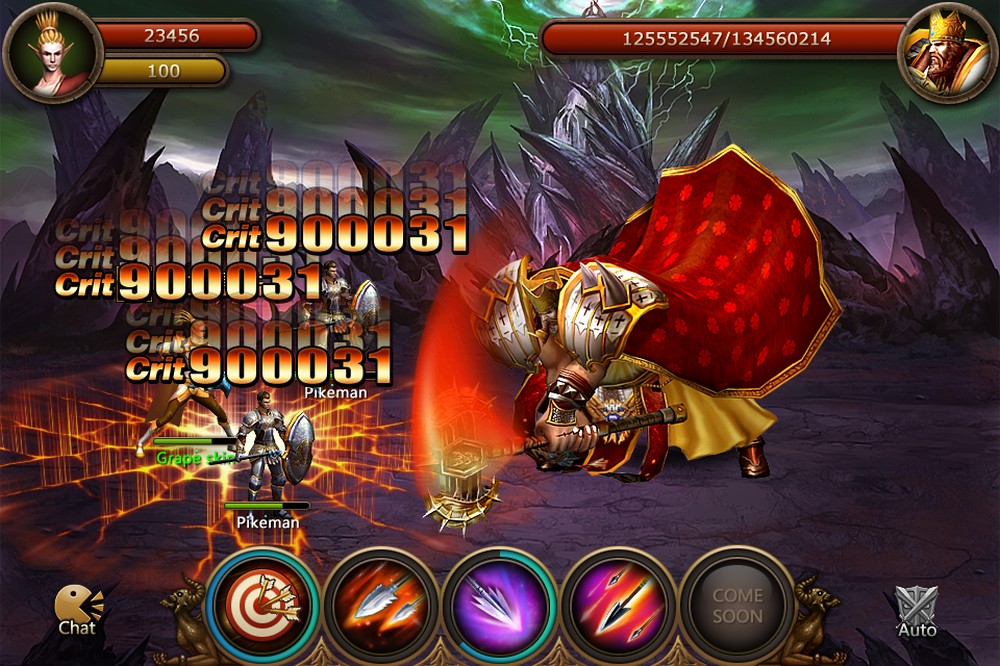 Free-to-play seems to be the way that most MMOs eventually go or even start out as these days. What this translates to is an inevitable split between the people that trudge through the game the hard way and those who can afford to have a leg up over everyone else. With that said what that actually amounts to in the game however is rather useful for those that choose that path. Upgrading your city takes time, though with the usage of Dias (Diamonds) or Gifts you can eliminate that time entirely. Earning Gifts comes from completing quests but Diamonds have to be purchased with real money. Diamonds also are used to buy the equivalent of a monthly subscription called VIP. There is even an option to get a whole year’s worth of VIP for 799 Diamonds or roughly around $80 dollars of real money.

Graphically Legend Online: New Era looks pretty decent for an iOS game though it does have some issues on character animations. The character models aren’t smooth at times though the art style is heavily reminiscent of earlier Final Fantasy titles. The game does feature decent animation effects like mine carts moving out of the Mine and smoke bellowing out of the Smith. The one thing that I noticed that annoyed me are the menus like in the help section or quest screens. Half the time it looks like they tried to cram so much text into a window so that instructions are severely shorthanded or half the description is missing entirely. The one thing that I will heavily recommend is that you should play this on the iPad if you can. It is perfectly playable on the iPhone’s smaller screen but it feels way too cluttered for my tastes. The iPad’s larger screen allows for much easier navigation and is easier to read. The audio presentation that accompanies the graphics is basic RPG fare, but has a cool foreboding yet heroic vibe as far as the music goes though the combat effects were basic and not too inspiring.

Legend Online: New Era is an enjoyable game for a single player but as it is an MMO eventually you’ll start entering group dungeons and fighting World Bosses with other real players. This can be a lot of fun if you find the right group of players, which I did quite often so I didn’t have a bad experience with other players. There is a lot of multiplayer content to get involved with including making friends and joining or creating a new Guild. You can even compete against other real players in Arenas testing your strength against others close to your own level.

I have to say that in the time that I’ve played Legend Online: New Era for iOS I’ve really enjoyed it to the point of playing it for several hours on end until I couldn’t gain any more experience for a day. There is more than enough reasons to play this game every day with the daily missions, and the fact that you can play it practically anywhere you can find a Wi-Fi connection is awesome. It may not be the prettiest iOS game out there and players who choose to spend money will certainly have advantages over those who don’t, but it’s still a hell of a lot of fun to play. So if you own an iPhone or iPad then I definitely recommend downloading the free to play Legend Online: New Era app today. 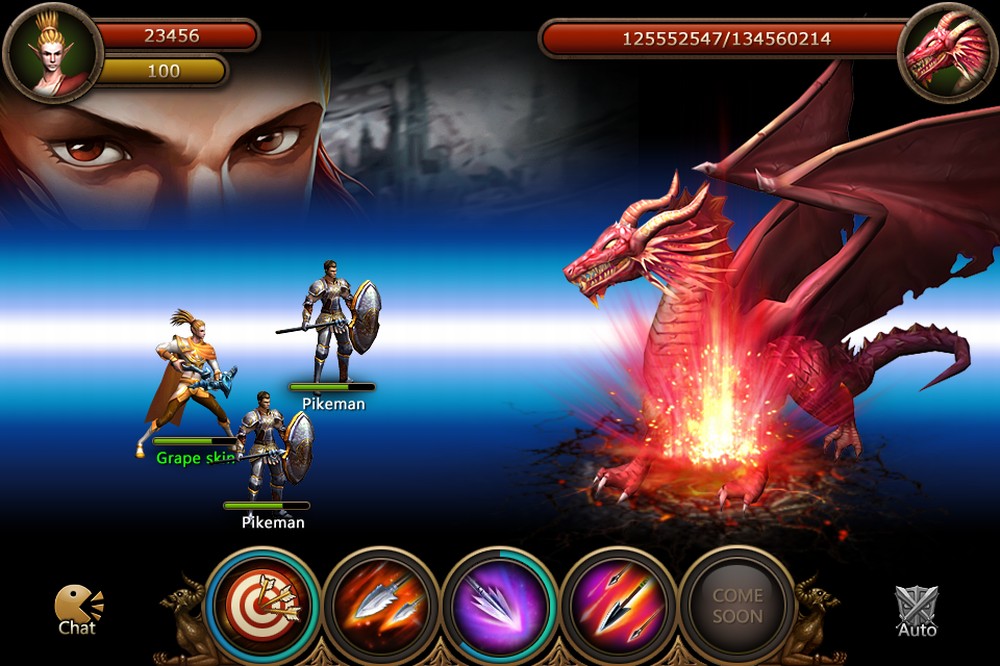 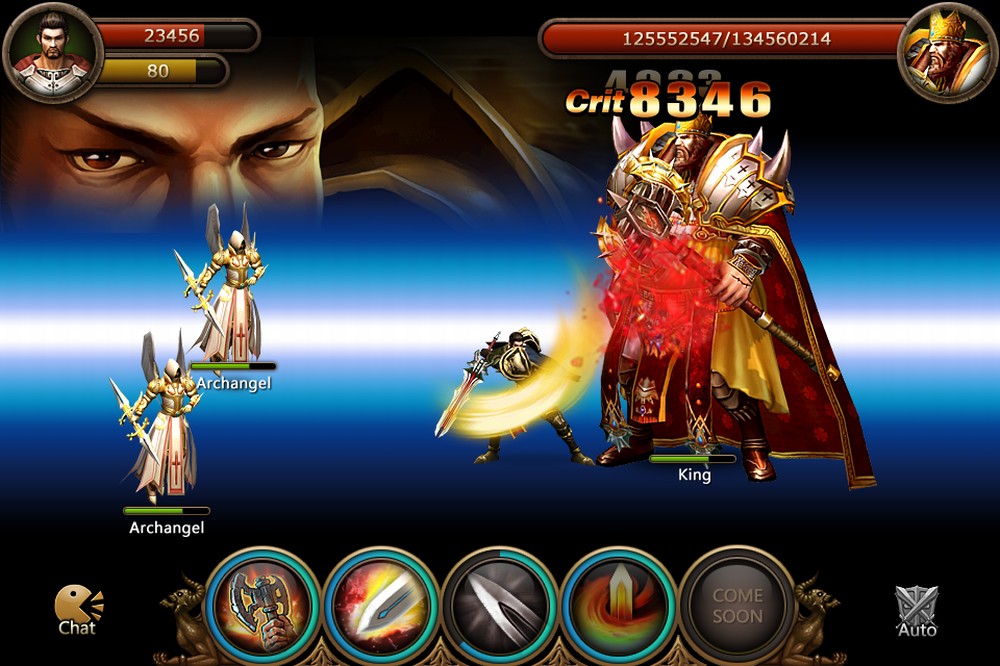 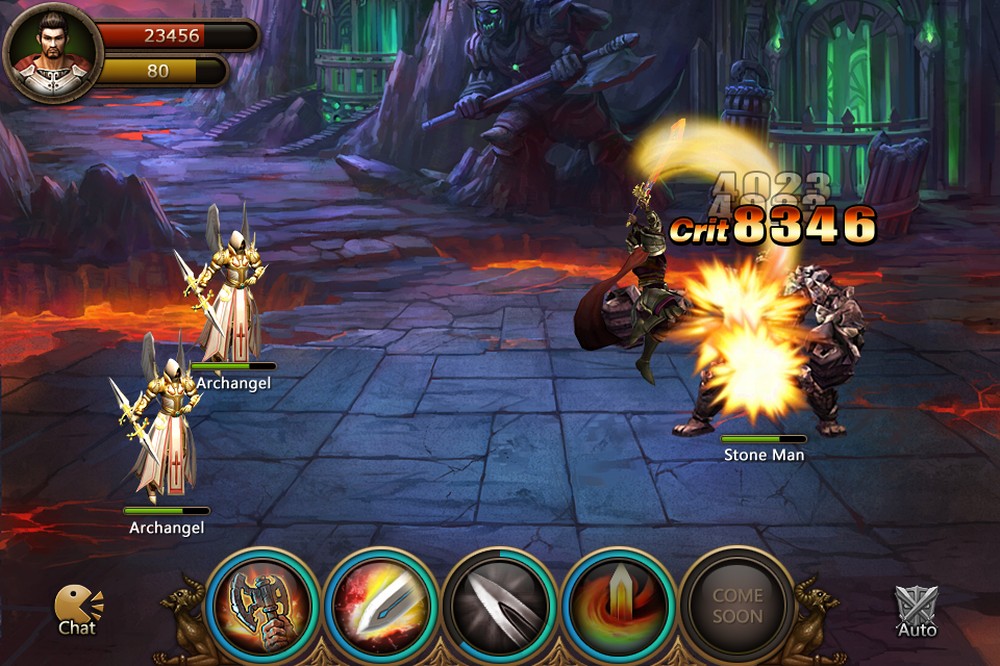 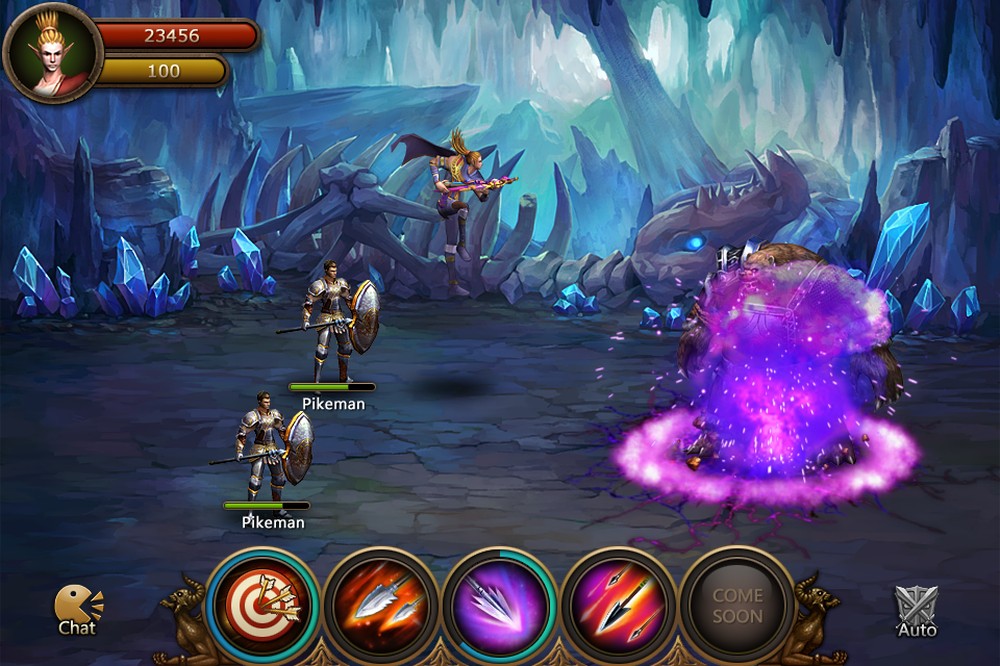 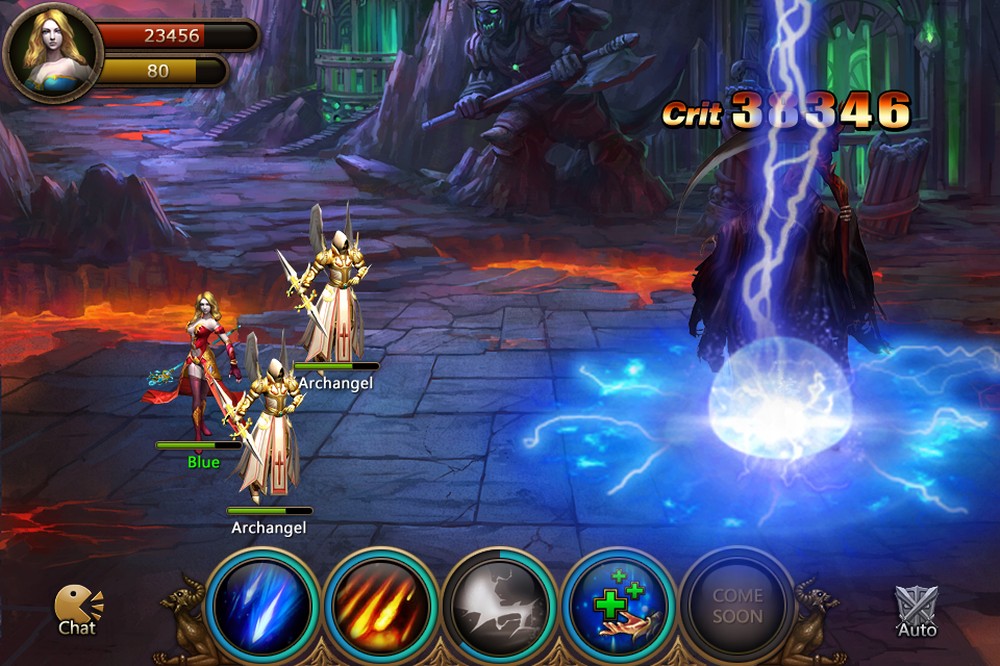 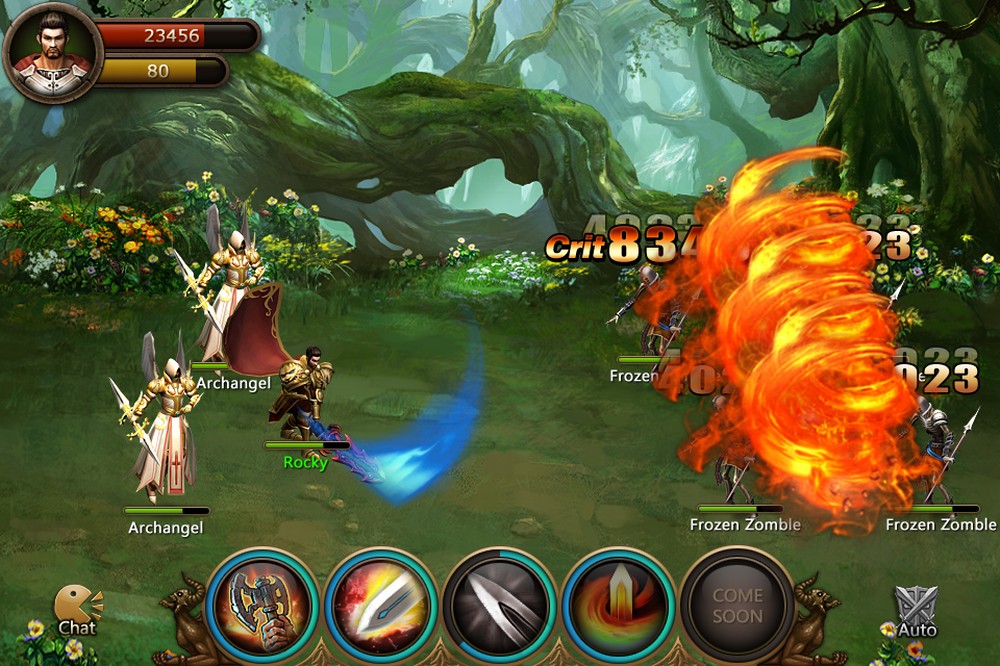 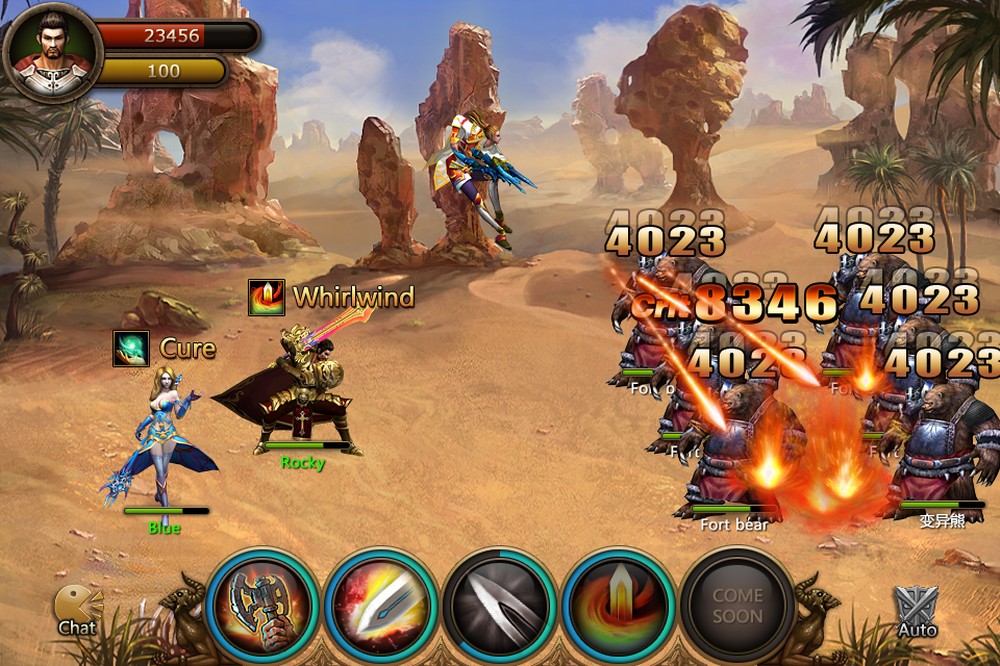 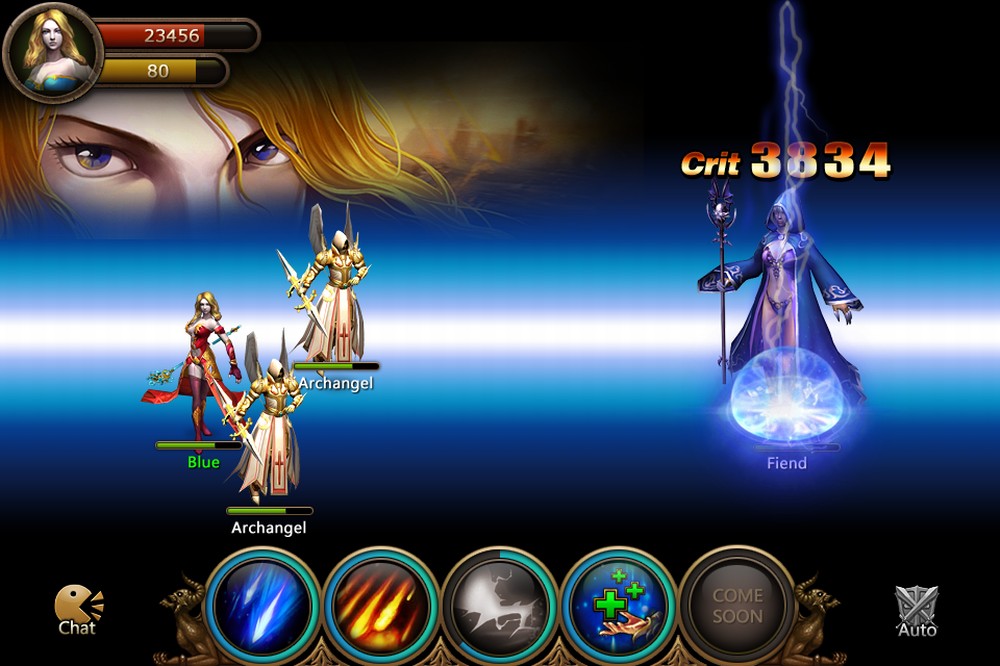 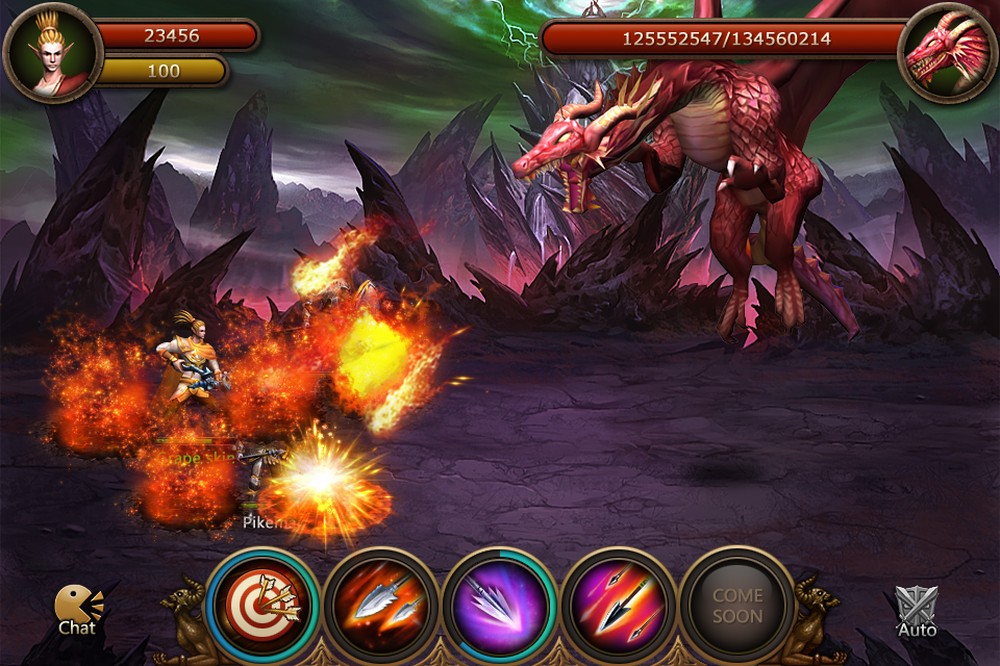 Cross-play between iPhone and iPad