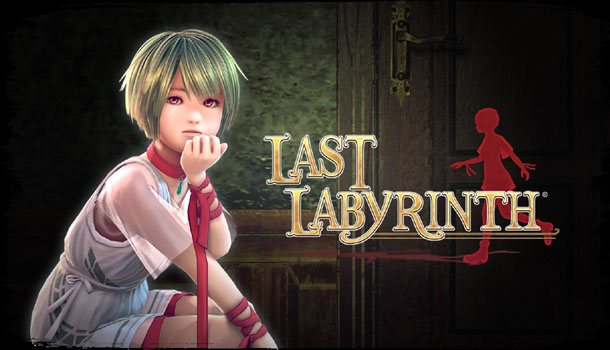 It seems that escape room scenarios are available for folks to enjoy across many medium today. I’ve played some of the board games, enjoyed mobile games like The Room 3 and even managed to complete a real world escape room with a group, if only barely. So when I got the opportunity to check out Last Labyrinth for the PlayStation VR, I couldn’t wait to see what was in store for me.

Last Labyrinth changes up the equation that I’ve come to experience with this genre, and it’s actually safe to say this Labyrinth is unlike any that I’ve played inside or outside of VR. You play as a black garbed unknown person strapped and shackled to a wheelchair. To make things more bizarre you have a laser pointer strapped to your head with its remote held in your hand. You awaken in a darkened room with only a tall lamp in the center. 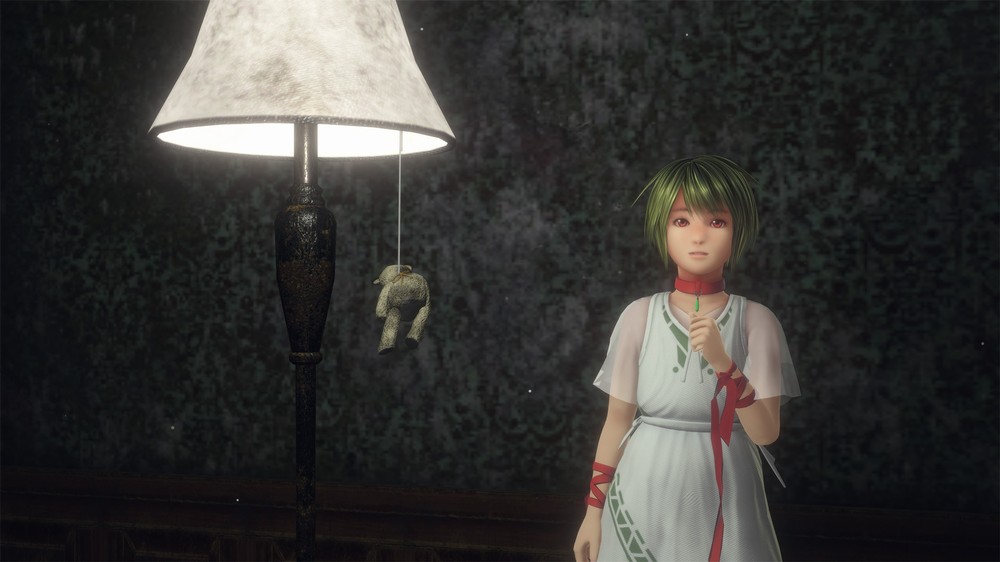 Enter the red ribbon wristed arm of a mysterious girl called Katia as she turns on the light at your laser guided direction. This young girl with an unrecognizable dialect will act as both of your lifelines out of a creepy mansion. As you words cannot reach her and you can’t understand hers, the game focuses non-verbal communication to achieve anything. While escaping is the ultimate goal, the mansion has many treacherous routes as you try to navigate its rooms. You’ll soon find out someone is out to make the journey a short one.

Last Labyrinth is first and foremost a puzzle game, so since you are a little tied up Katia is the instrument of your puzzle solving decisions. Each action you want her to do you have to point at with the laser. Katia will move to the desired object and point to it awaiting your instruction. As you cannot talk, Last Labyrinth allows you to use your only other capacities to nod or shake your head in response to doing an action such as opening a door or picking up an item. You then must wait sometimes short moments while Katia does as asked. 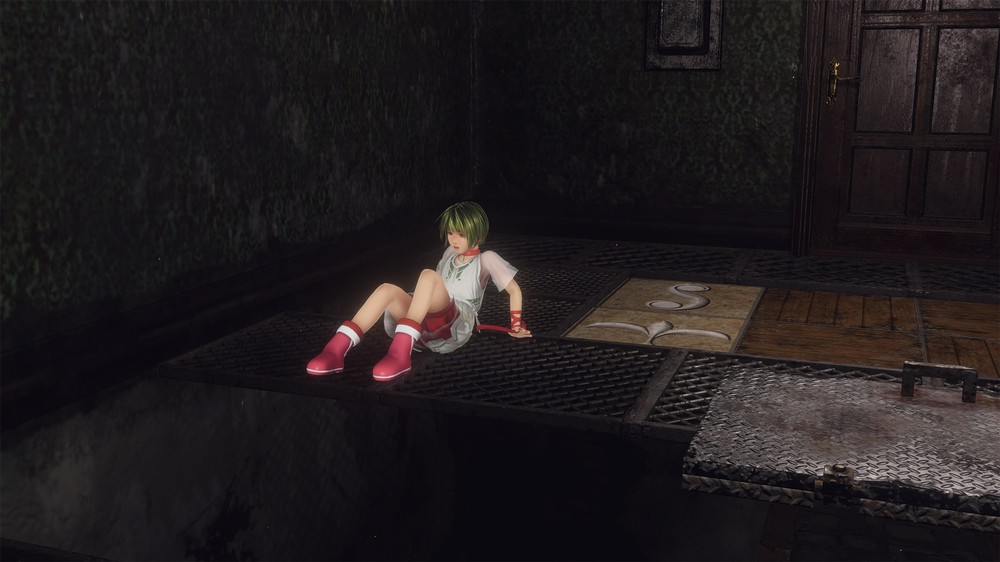 For the most part Last Labyrinth handles these points and executes inputs very well. There were a few areas of the experience however where your aim with the laser is crucial to progression and ended in a bit of trial and error for me before I got it down. This is particularly true the first time you encounter the Phantom figure that shows up periodically throughout various escape attempts. Unless you are a master of puzzle solving or have inside knowledge there is every possibility of repeated attempts throughout Last Labyrinth.

The penalties for an incorrect solution are varied with some happening fairly quick while others intensify the terror by drawing out the impending doom. You’ll understand what I mean when you encounter the first train room. After each failed attempt that I encountered I don’t know which was harder to witness between Katia’s death and my own each time. Luckily Last Labyrinth stops just short of gore so the truly squeamish can experience the horror aspect.

The puzzles themselves make out a good chunk of the game with varying degrees of difficulty. The aforementioned train room is one of the easier ones if you pay close enough attention. Though other puzzles like color sequences or equivalent weight puzzles were never a strong suite for me so a little trial by death was inevitably (and developer rewarded) to happen. There are only 14 rooms that contain puzzles with some paths intersecting so there is a chance that you’ll have to complete a few more than once as you make your escape. 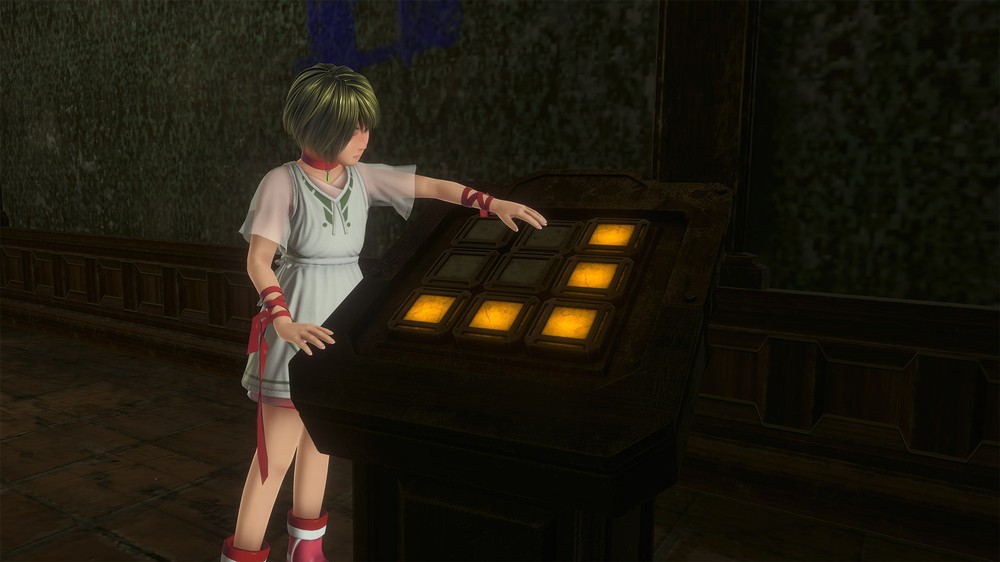 The thing about this labyrinth is that there are multiple exits, or endings as it were. There are nine main tales not including eight other side endings of sorts to come across, many that end with both characters on a cliff overlooking an ocean. The most confusing part of Last Labyrinth for me was understanding Dōbutsu shōgi which is young children’s version of Japanese chess. Even more confusing was figuring out the Phantom’s rule for saving both of you. There are multiple outcomes tied to this challenge alone, so it was a bit of a road bump until I started to figure things out.

There is no shortage of horror themed VR titles out there and atmosphere and design can make or break the experience every time. Each veteran member of the development team found a way to bring together beautifully creepy rooms and almost serene outdoor cutscenes together into something that almost feels like a nightmare. I really enjoyed the sound effects that gave Last Labyrinth a very dark and intense experience.

At the center of it all is Katia, a character that you can’t help but fall in love with and want to do everything you can to protect her. This wonderfully crafted girl is brought to life on screen by animator Atsuko Fukuyama (ICO and Shadow of the Colossus) and voiced by international model, actress and singer Stefanie Joosten (Metal Gear Solid V: The Phantom Pain). What I like the most is that Joosten, while fluent in several languages, spoke a completely fictional one for this performance. She even goes a step further to lend her singing skills alongside renowned composer Hiroki Kikuta to create the haunting theme song “Last Labyrinth”. If you dig this song like I do you can get it or stream it on many of your favorite music platforms. 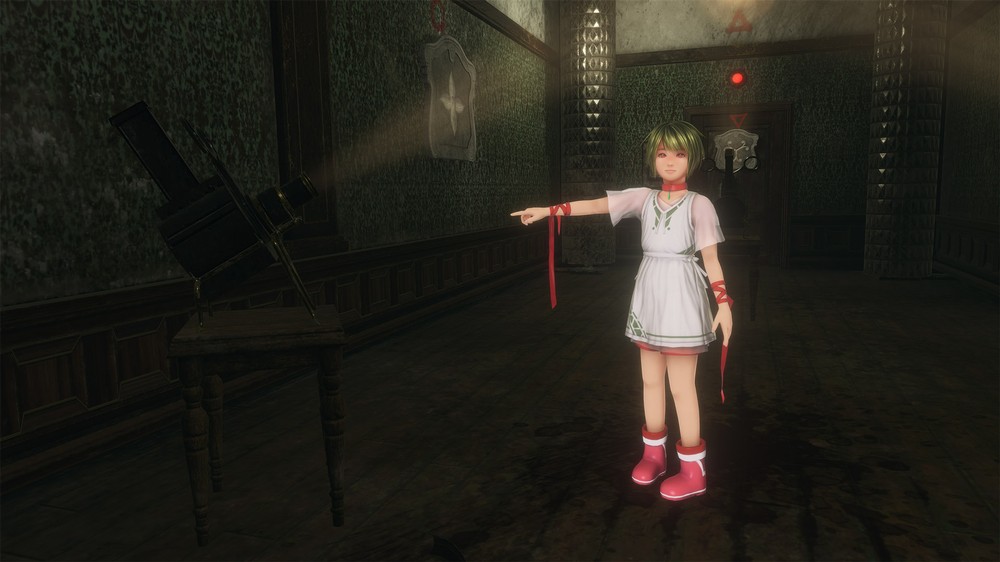 Lastly, the overall experience of Last Labyrinth is a comfortable one, as the developers did a great job at allaying any form of motion sickness or disassociation that is common with VR titles. The only real movement is done with your head and Katia moves you from room to room with momentary black screens to aid in the transitions. The game does support the PS Move wands to emulate each of your shackled hands but it’s just as easily played with the headset and a regular controller. I do appreciate the extra little immersion there, but I rarely was looking at my hands the entire time.

As a fan of escape room puzzle scenarios, I found Last Labyrinth to be a unique and surprising take on the concept. Parts of my experience brought back memories of titles like eXperience112 (The Experiment for us in the West) with the ever present but not seen camera views between rooms and at every ending. The atmosphere and sense of tenuous survival and danger though every door along with the scared and wary behavior of Katia really pull you in. Story wise Last Labyrinth is one of those games that will probably leave you a bit confused, but if you stick with it through all the endings you will finally get some idea of what was going on. Last Labyrinth is just one of those titles that you just have to experience to grasp. If you like escape rooms and a bit of sinister working then be sure to check out Last Labyrinth for the PlayStation VR.