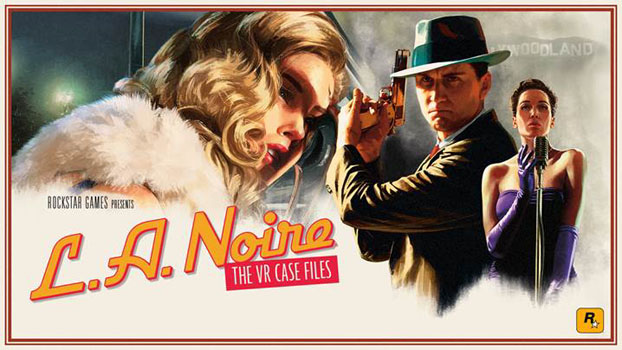 One of the first VR titles to really take an attempt at delivering a meaningful story.

In 2011, Rockstar Games released L.A. Noire onto an unsuspecting public.  L.A. Noire was a period piece of sorts, telling the tale of war-veteran Cole Phelps as he returns from the war and works his way from uniform patrolman to detective in the seedy underbelly of post-World War II Los Angeles. Although technically not developed by Rockstar, and not using Rockstar’s RAGE engine (Max Payne, Grand Theft Auto, Red Dead Redemption), the original L.A. Noire still shared much of the open-world freedom that has become synonymous with the Rockstar franchises, and as so was unanimously lauded by critics and fans alike.

In November 2017, Rockstar decided the time was right to resurrect the now-classic L.A. Noire with a re-release port of the original 2011 title with upgraded graphics for the current generation of consoles.  But then Rockstar surprised everyone in December 2017, by releasing L.A. Noire: The VR Case Files on the HTC Vive and shortly thereafter on the Oculus Rift. Two years later, we PSVR owners finally get the chance to see the streets of 1947 Los Angeles through the eyes of detective Cole Phelps – and it is incredible. 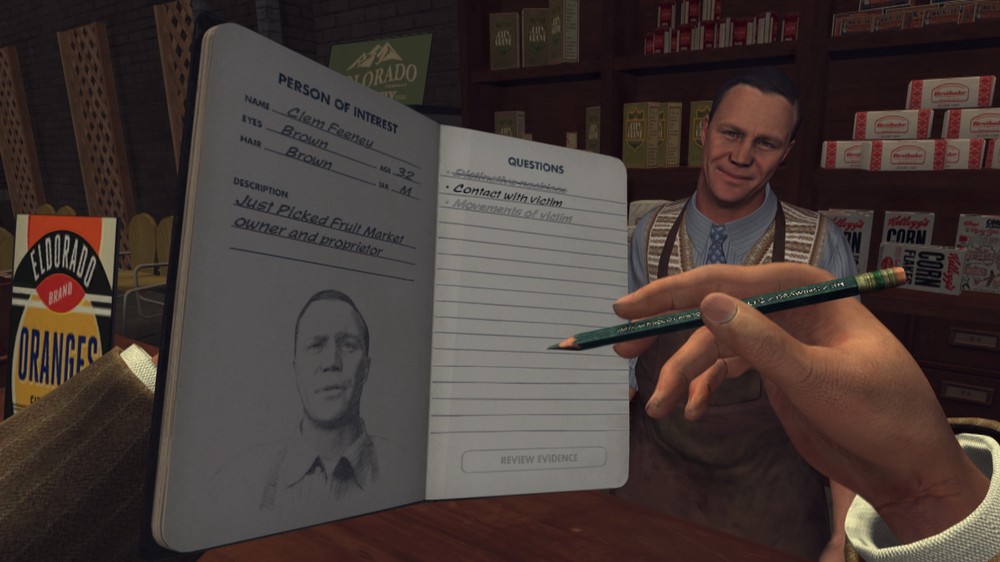 Featuring seven missions from the original title L.A. Noire: The VR Case Files may not offer anything new story-wise.  But when it comes to the gameplay experience, VR Case Files adds a whole new level of immersion.   Gamers get a first-person perspective as Phelps searches crime scenes to uncover clues, goes fisticuffs with belligerent bad guys, dodges bullets in downtown shootouts, and gets behind the wheel of classic roadsters.

Like any current PSVR game, L.A. Noire: The VR Case Files’ gameplay has its share of hiccups.  VR motion tracking is limited by the quality of the subject and the surroundings; so gamer size, room lighting, camera distance, and room clutter can all affect how well the PSVR camera sensors will pick up the (required) PS Move controllers and translate the gamer’s motions to the screen.  This means that not every gamer’s experience will be the same, and some may have more or less difficulty than others with respect to tasks that require a modicum of precision.  Aiming guns, driving cars, even simply navigating on foot, seem to have perpetual air of trial-and-error about them throughout the game, but never so much to drive the gamer to take the headset off in frustration.  The same cannot be said for other VR games. 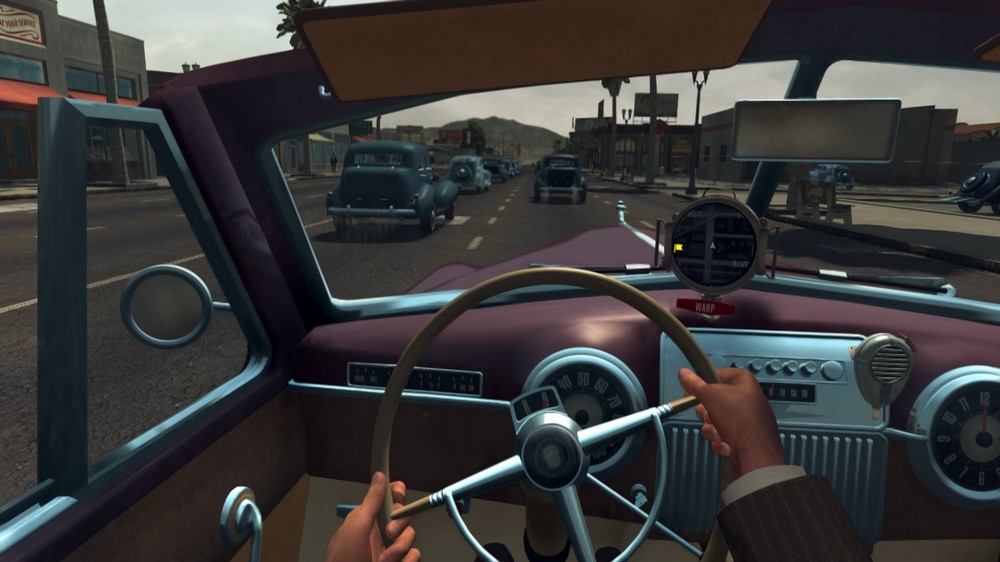 Character movement or “locomotion” as the industry says it, is always an issue with VR games.  With L.A. Noire: The VR Case Files locomotion is addressed in a really interesting way; of course, there’s the requisite clunky look-click teleport and quick turn modes, but there’s also a genius new method of movement in which the player looks toward a location, pulls the PS Move trigger, and then swings their arms to indicate walking. While none of these methods are perfect on their own, they can be mixed-and-matched on the fly allowing gamers to hybrid what works best.  But what I really like is that it shows that developers are finally coming up with some new ideas for tackling the biggest issue with VR.

L.A. Noire: The VR Case Files’ visuals are surprisingly solid in the PSVR headset, given the low-res limitations of the screens inside.  The environments, both indoor and outdoor, are quite detailed as far as VR games go with excellent era-appropriate architecture and props.  It does seem that a large portion of the original game’s massive NPC population had to be omitted to keep the technical specs running well, making the streets of L.A. appear empty, but the characters that matter to the story deliver the same impressive character modeling that wowed us with the original title. 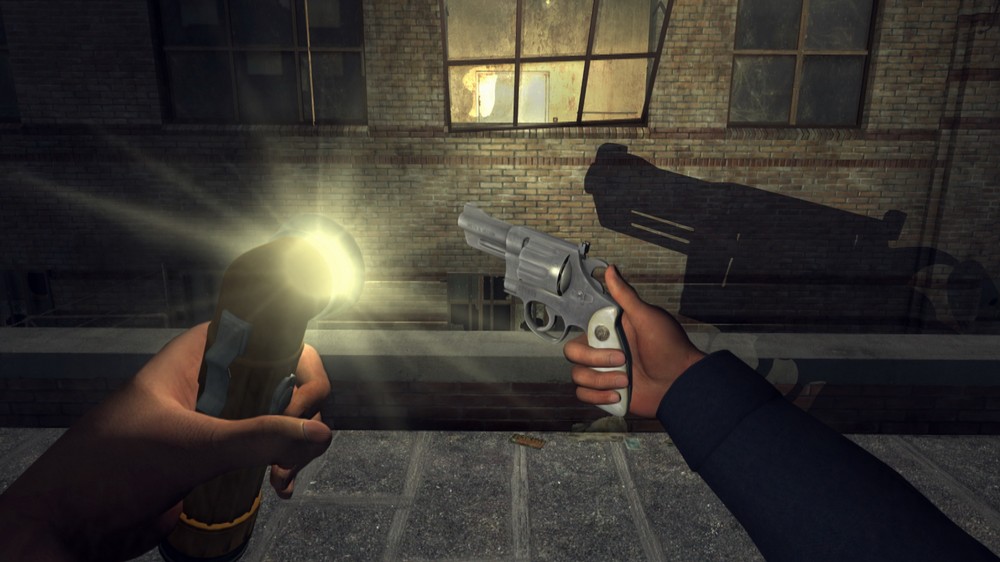 The audio presentation is also quite impressive, featuring the fantastic soundtrack, stylized voice acting, and sound effects of the original game.  Delivered in full surround via the VR earbuds or headphone, the audio package really puts the gamer in L.A. circa 1947.

Too often, VR games tend to come across simply as shallow tech demos to impress your friends with.  L.A. Noire: The VR Case Files is one of the first VR titles to really take an attempt at delivering a meaningful story even if it is only a fraction of the game from which it was built.  The VR aspects need some tweaking, but for Rockstar’s first foray into VR, L.A. Noire: The VR Case Files it is a in impressive start.