A fun yet challenging adventure filled with magic and Viking mythology.

One of things I enjoy most about reviewing games is that I get to be exposed to games that I may never have heard of with all the vast choices in gamming these days. Take the recently released Viking mythology themed Kyn from the development team of Tangrin Entertainment. At first glance it’s almost hard to believe that the largely tactical RPG Kyn is developed by only two people but somehow they pulled off a rather solid adventure.

The story follows the newly initiated Magni warriors Alrik and Bram as they return home after a rigorous and apparently deadly training process. Things in the world aren’t exactly how these two warriors left them as the once peaceful race known as the Aeshir have taken up arms for a yet unknown reason. It’s up to you the player to figure out what is going on while commanding up to 6 playable characters on the screen at one time in real time. At first look Kyn’s combat and traversal style reminded me of Divinity: Original Sin but Kyn definitely had some features that I enjoyed a lot more during my time with it.

Alrik and Bram start out as your archer and warrior classes respectively so you have a pretty decent party to begin with though the cool thing about Kyn is that you can reroll you character’s roles at any time to suit your playstyle or party needs. Both these characters also have the ability to perform to perform magic such as healing, resurrection and the ability to make enemies run in fear for a short time. Finding the balance to a successful adventure is the fun part as each character is only allowed to have two skills equipped at one time so specialization is a definite must in Kyn. 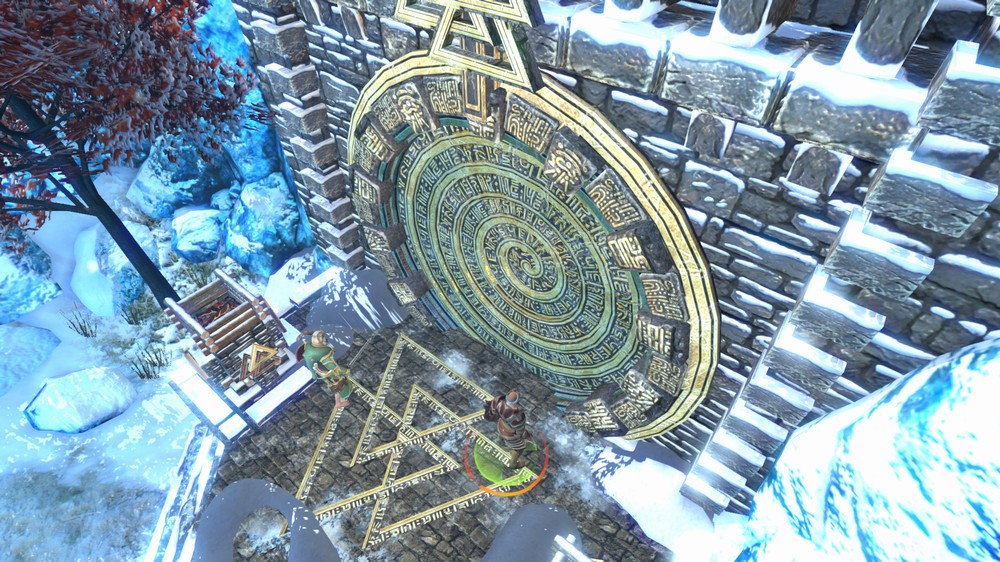 You start out with a few skills at first but more are unlocked every 15 points which you earn in true RPG fashion by leveling up. Kyn however doesn’t openly tell you that you’ve leveled up so you need to keep an eye on your character screen. Points can be spent in one of three categories: mind, body and control and should be allocated based upon what role you want each character to before. The Tier 1 skills get more powerful as you advance up the skill trees such as the highly useful Healing Winds skill under the Mind category. It’s also important to know that equipment and weapons are also dependent on categories so if you want to use a better bow or sword your Control or Body rank respectively need to meet the minimum requirement to use it.

Your warriors also have a Feed Skill that varies from one character build to the next. For instance, Bram starts out with the feed skill, Avatar which by itself does absolutely nothing but paired up with an item called a feedstone can offer a temporary ability in battle. By adding a Death feedstone to the Feedstone Bram gains a 25% increase to damage and attack speed for 20 seconds every time an enemy dies. To actually use the ability you have to be around death or whatever the criteria is for other feedstones to fill up the stone. 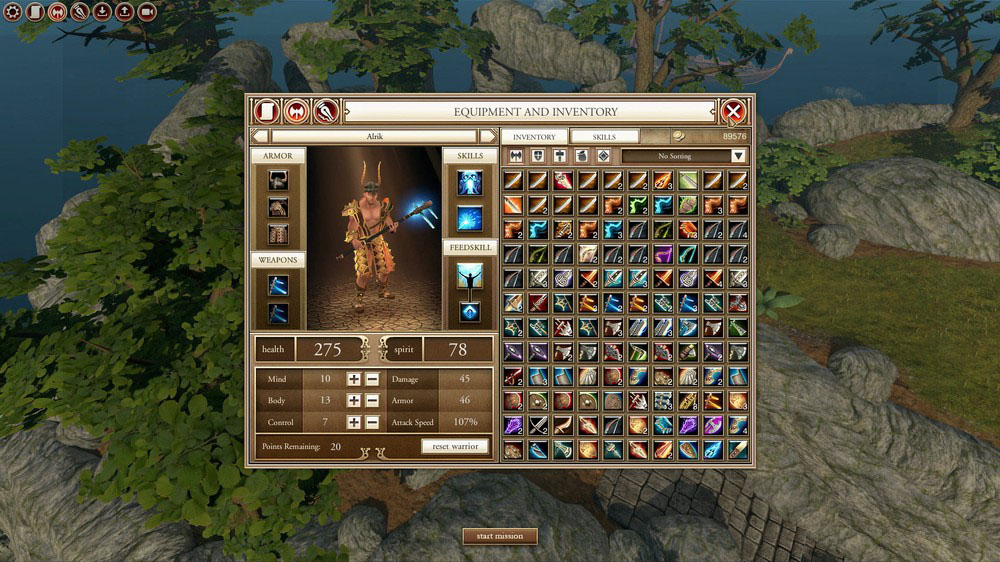 Kyn at its very core is a hack-n-slash dungeon crawler in in the vein of games like Baldur’s Gate though with one major difference, tactics. If you specialize a character in healing you don’t want him running up right in the heat of battle so learning to use your environment and characters to their fullest potential is the key to success as the game gets tougher as you progress. One nice feature to help you get an edge on your foes is the ability to stop time practically to a crawl allowing you to direct your characters where you want them and tell them what to do with the Space Bar. Hitting the Space Bar again or letting the time run out restores the game to real time. This is particularly useful as Kyn is playable only with a keyboard and mouse and selecting a particular enemy that is right near your own characters is often a chore in the heat of the moments so being able to stop time is a welcome feature.

Most of the game is actually playable with the mouse alone but it’s nice to use the shortcut keys to open up menus and in once case required to control the camera rotation function. Kyn features a beautifully designed world full of nooks and crannies that I fully explored and having the newly added camera rotation function is wonderful when trying to spot some of the cleverly hidden chests there are to find. There is plenty to do in Kyn though including some rather enjoyable and clever puzzles that often reward you with feedstones upon completion or in some cases help progress the story. 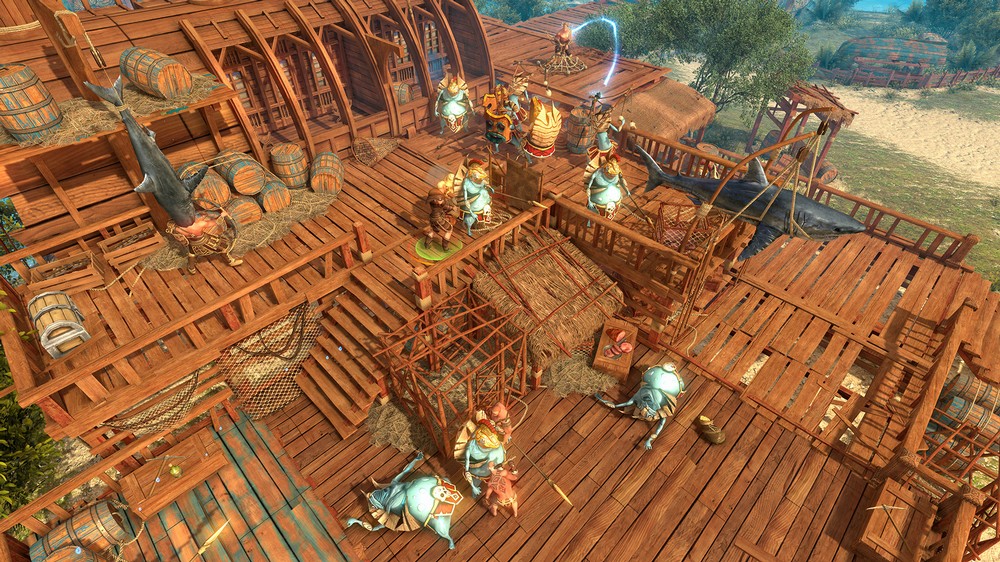 The graphics and audio are easily two of the areas of the game that I absolutely love about Kyn. The music fits beautifully with the locations and the snow covered location of Sovfell is still one of my favorite levels even after making my way through the rest of the game. The lighting and polish seen in Kyn is absolutely amazing considering the team behind its making and I have to give the developers props.

That said Kyn isn’t without its faults as I ran into a few throughout my playthrough. The story itself isn’t as grand as the world which is a shame as I rather enjoyed the dialogue and combat. I just wished it was a little more flushed out including making Alrik, Bram and the other playable characters more memorable. There are also little things like characters trying to shoot through walls instead of moving to get a clear shot in the case of Alrik or script triggers not happening on queue such as enemies triggering as I approach or dialogue that seems out of place from what going on.

Despite its problems though, I really enjoyed Kyn’s rather solid gameplay. Its mix of Viking mythology, fast paced yet tactical combat and puzzles held my attention for quite some time. I’m a big fan of RPGs with a great score and solid visuals and Kyn definitely delivers there as well. I definitely recommend picking up Kyn via Steam today if you want a fun yet challenging adventure filled with magic and Viking mythology. 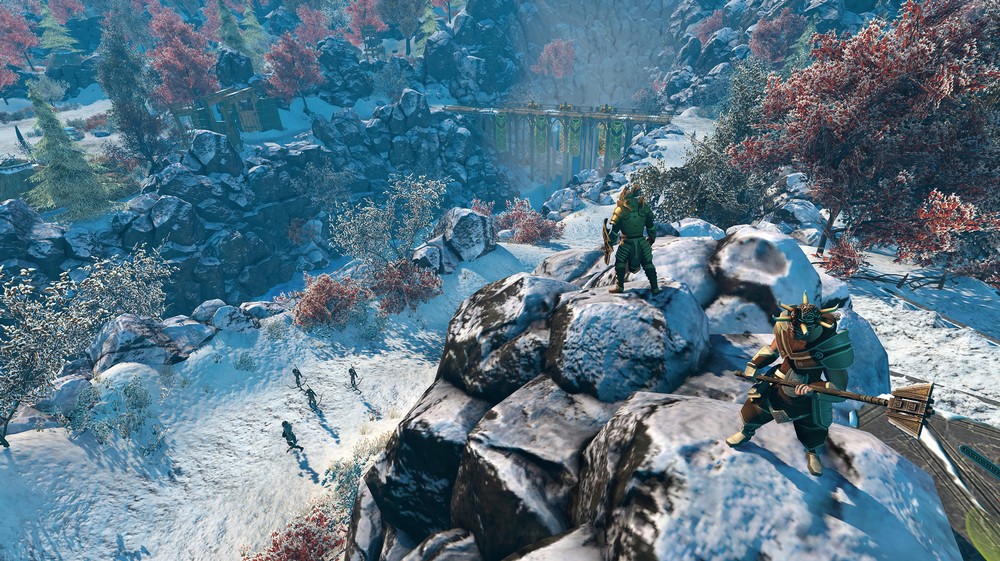 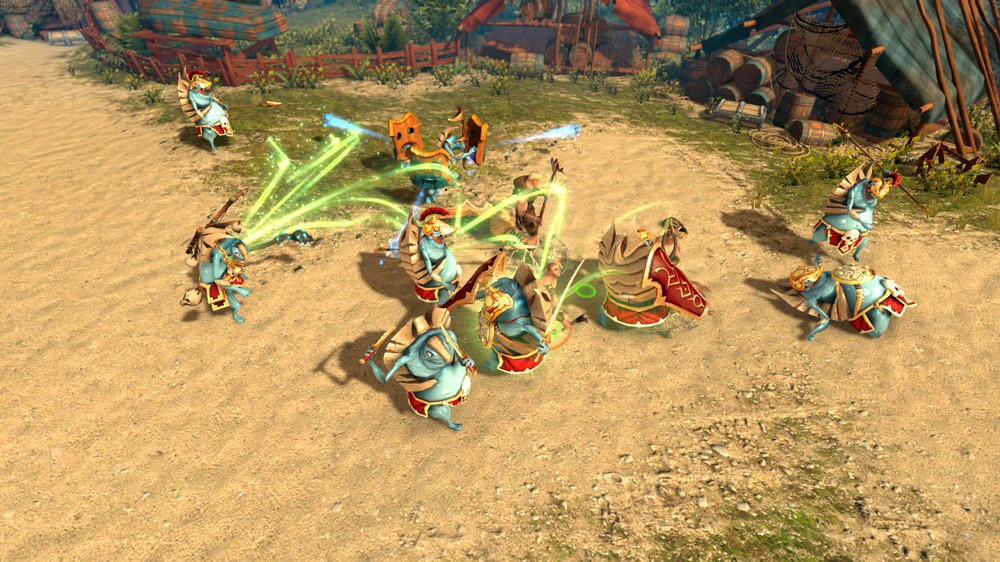 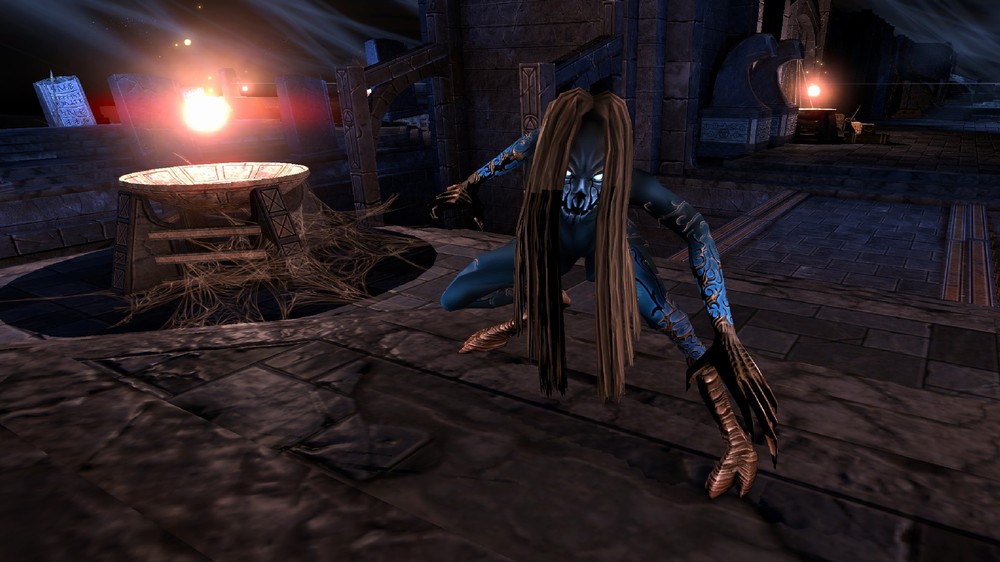 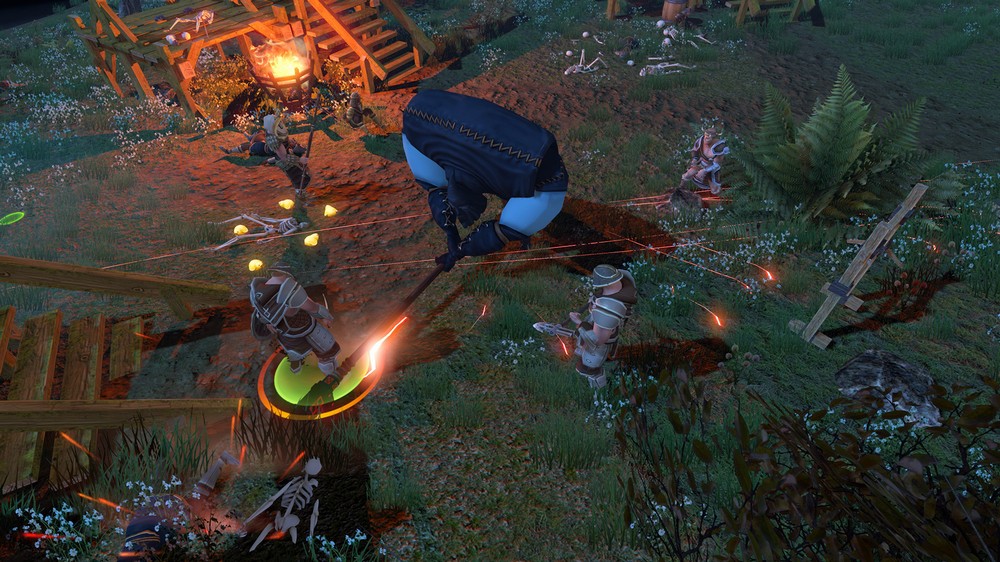 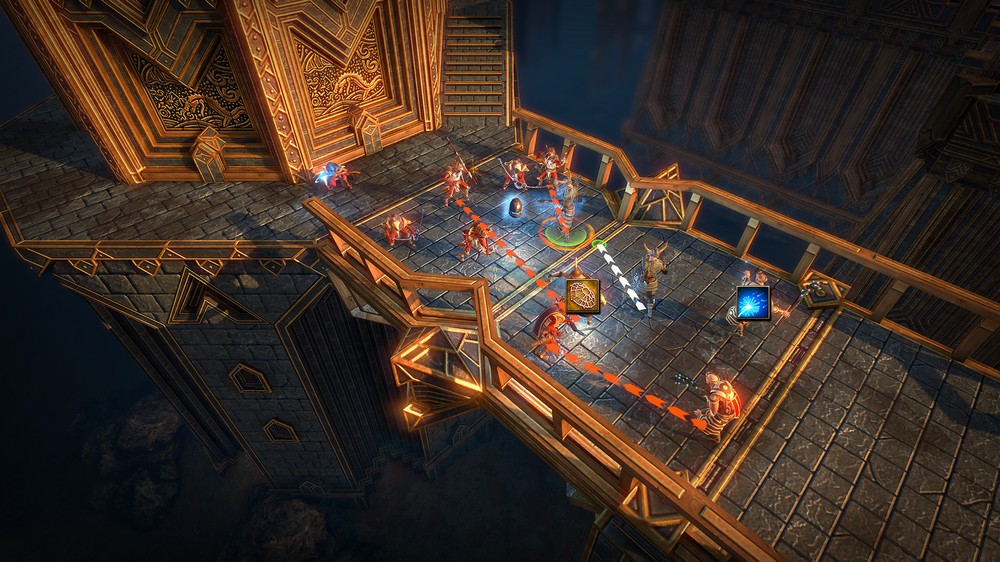 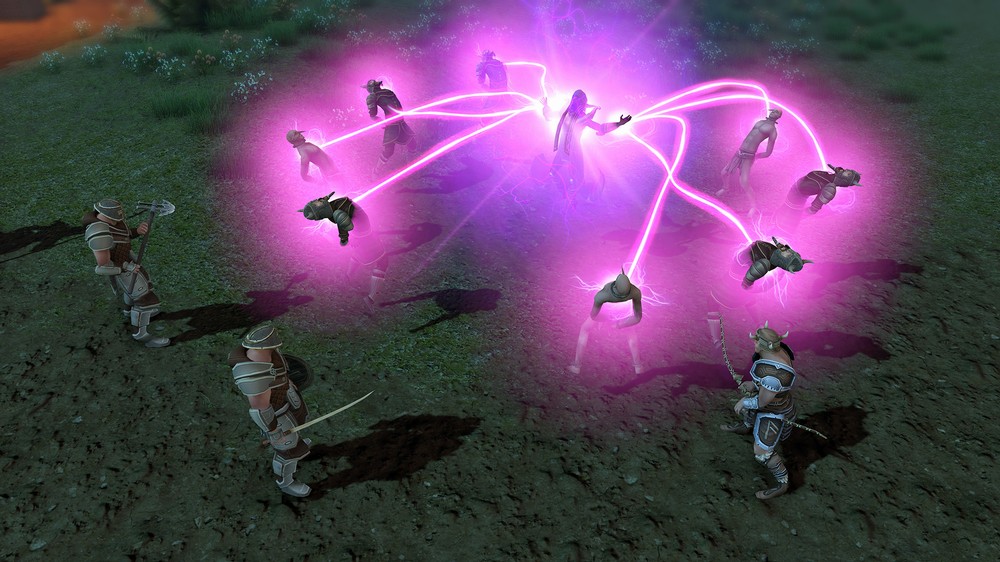