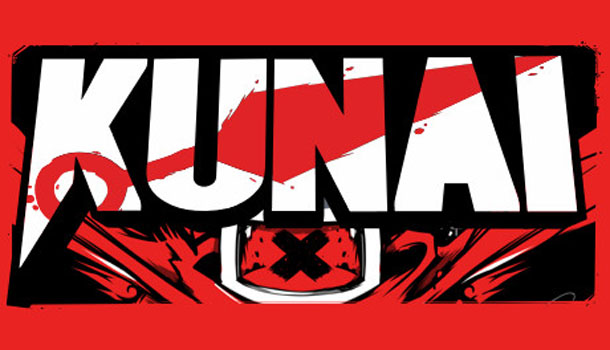 Smooth gameplay and original concept make this one of the best retro action-platformers I've played.

The concept behind KUNAI is surprisingly original despite its heavy influence on the worn-out premise of A.I. taking over the planet, as depicted in franchises like The Terminator and The Matrix movies. In this story the evil A.I. Lemonkus has already wiped out most of mankind leaving the robots to fight amongst themselves. After a brief opening cutscenes we join a group of rebel robots infiltrating an underground lab in a desperate attempt to free YOU, Tabby, a killer iPad with a particular set of skills. If you are an enemy robot he will find you, and he will destroy you…at least until you walk two screens away and return and find all the enemies have respawned.

KUNAI is an action-platformer where you start with nothing other than the ability to jump. Soon you will find a Katana that can be used to smash boxes and slice and dice most enemies. At first these red robots will blast apart with a single swipe of your blade, but later it can take multiple hits and the robots will start showing up with guns. Eventually there are suicide drones and flying bee-like bots to contend with and a variety of boss encounters. The movement is surprisingly fluid given the retro art style and sprite-like animations, and the controls are super-responsive and become more intuitive the longer you play. 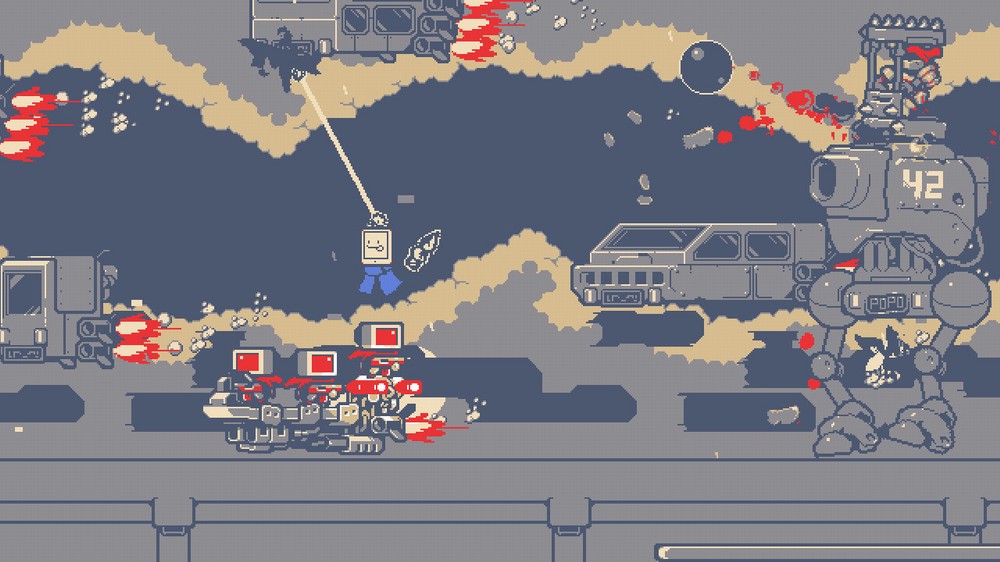 Not long after finding the Katana you will come across the Kunai, two of them actually that can be activated with the left and right triggers so you can grapple, climb, and swing your way through previously inaccessible parts of the levels. This is where the game really opens up. As you progress through the game you will earn thousands of coins collected from fallen foes, smashed boxes, and secret chests. These can be spent in the store, accessed by finding Wi-Fi routers scattered about the levels using a real-time signal-strength meter that shows your proximity to the nearest router. Another useful item is the map that can be access once you acquire the map chip. This will help you more thoroughly explore the labyrinth of room and passages that make up these enormously complex levels. This will help you find exits as well as energy stations that recharge your battery (health) and save your progress.

There is definitely a Metroidvania flavor to KUNAI, clearly evident by the amount of backtracking you are expected to do after acquiring new skills/abilities, as well as the constant respawning of enemies. I still can’t tell if this is on a timer or a proximity trigger, but previously cleared screens seem to repopulate within less than a minute of leaving the area – maybe moving two screens away before returning. At least the enemies keep dropping coins, so there is unlimited earning potential. Even previously smashed boxes reappear, ready to drop more coins, although chests are one-time use. 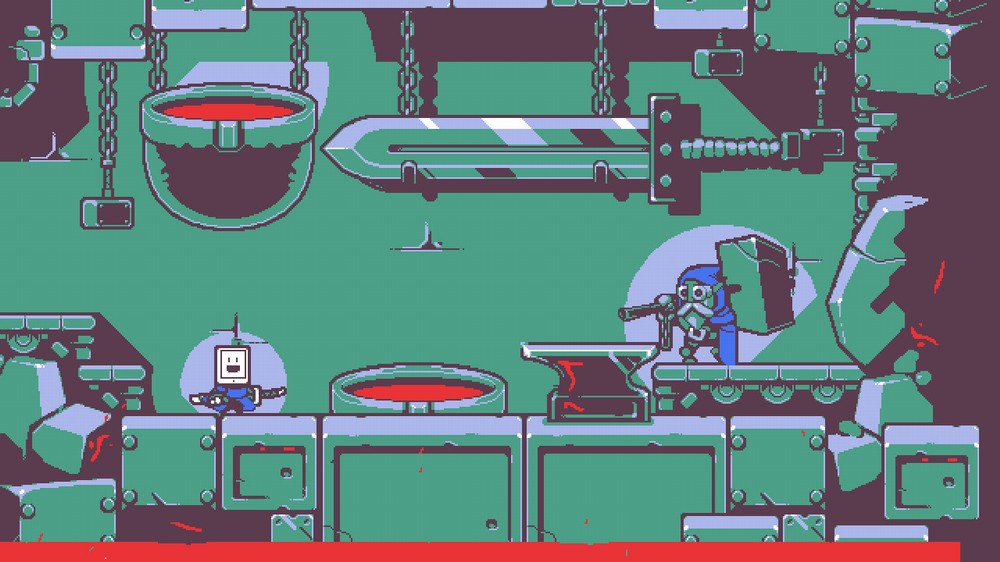 KUNAI reminds me of the games I used to play back in the 80’s on my C64 and Atari 800, and while I can appreciate the art style from a nostalgia standpoint I generally do not like pixel-art or retro-style games. This is the generation of ray-tracing and photo-realism. Even so, KUNAI had a certain charm about it, mostly in the character of Tabby who has these delightful facial expressions that appear on his screen. He has a resting smiley face until you start to run then it looks like he is huffing and puffing, and when you swipe your sword he has these angry eyes, and many other expressions tied to certain movements. The rest of the visual design is fine with basic hand drawn art and simple use of two or three colors hearkening back to the days of CGA graphics. The audio is really good with immersive music, fun sound effects, and some great narration during the opening cutscene.

Expect a solid 8-10 hours of gameplay to finish the game and many more hours if you want to find all the secrets and purchase all the upgrades in the store. Admittedly the game does get repetitive and turns into a bit of a grind before it’s over, or maybe that’s just me, but fans of the genre or the aesthetic will have no problem sticking with it to the very end. Nothing is particularly difficult with the game and even the boss fights are fairly simplistic provided you have been upgrading Tabby and your gear along the way.

KUNAI might not have converted me into a retro-game lover, but I certainly did enjoy my time with this one particular quirky title. It’s fast and smooth gameplay and original concept make this one of the best retro action-platformers I’ve played in a long time, and if you are a fan of the genre or the art style then by all means, check it out. 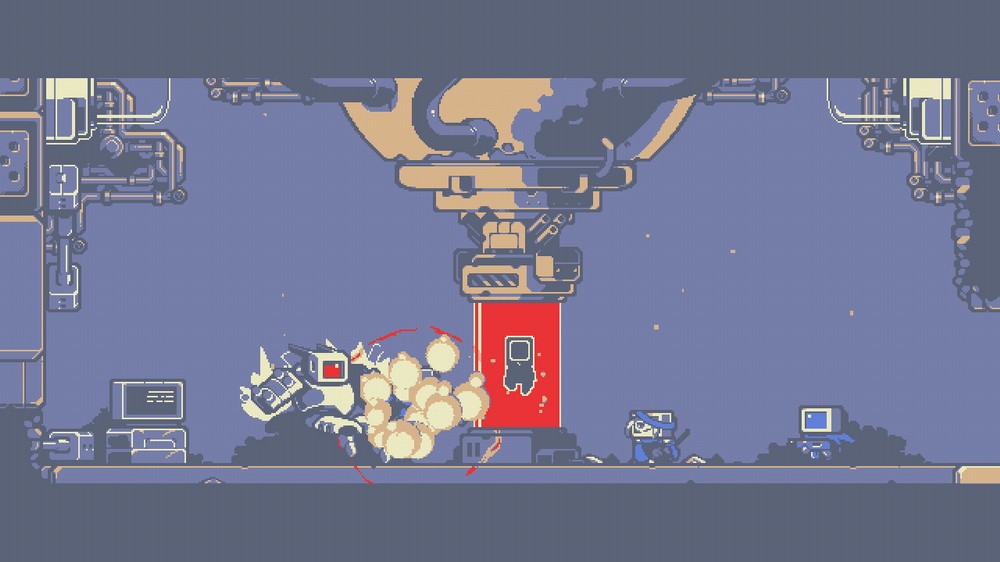 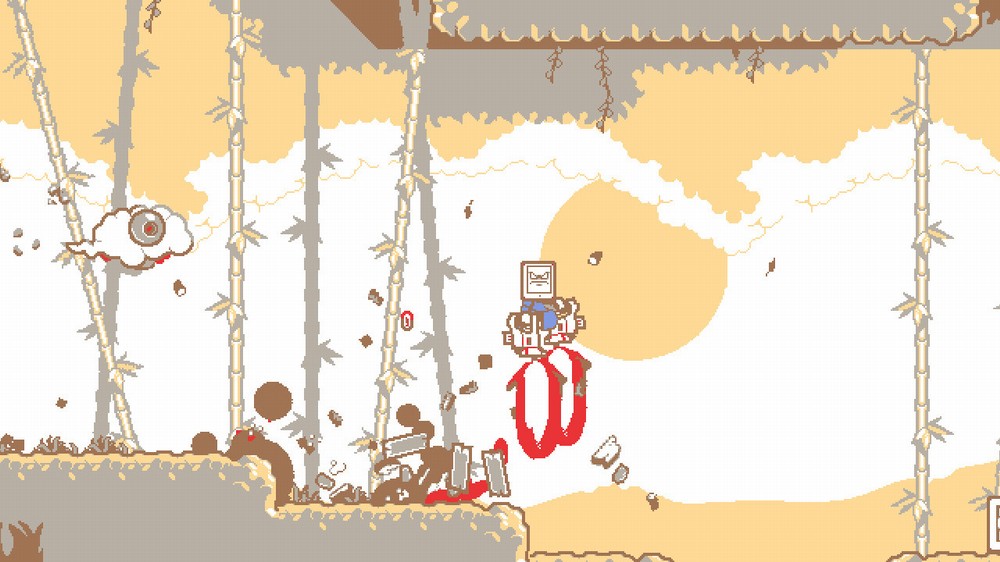 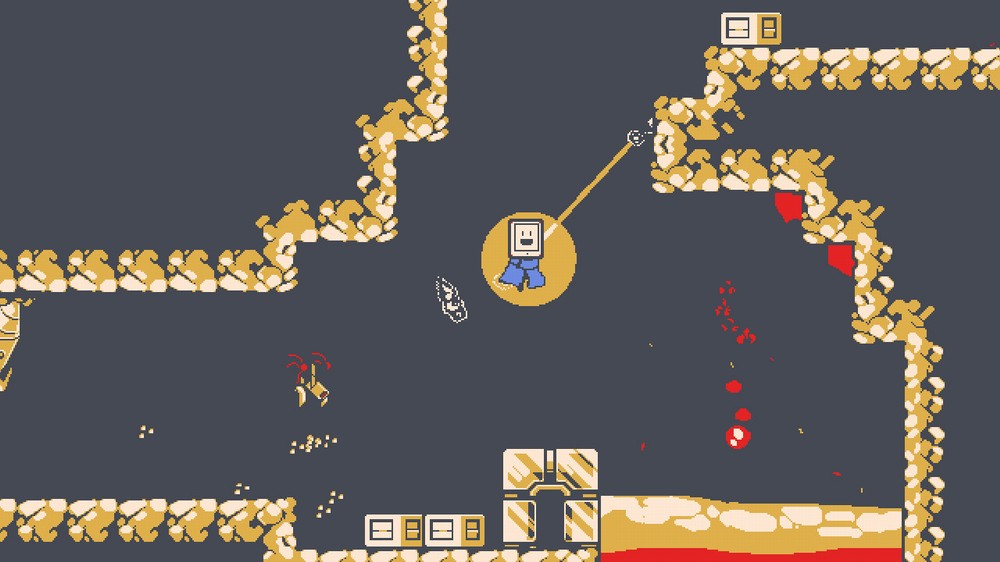 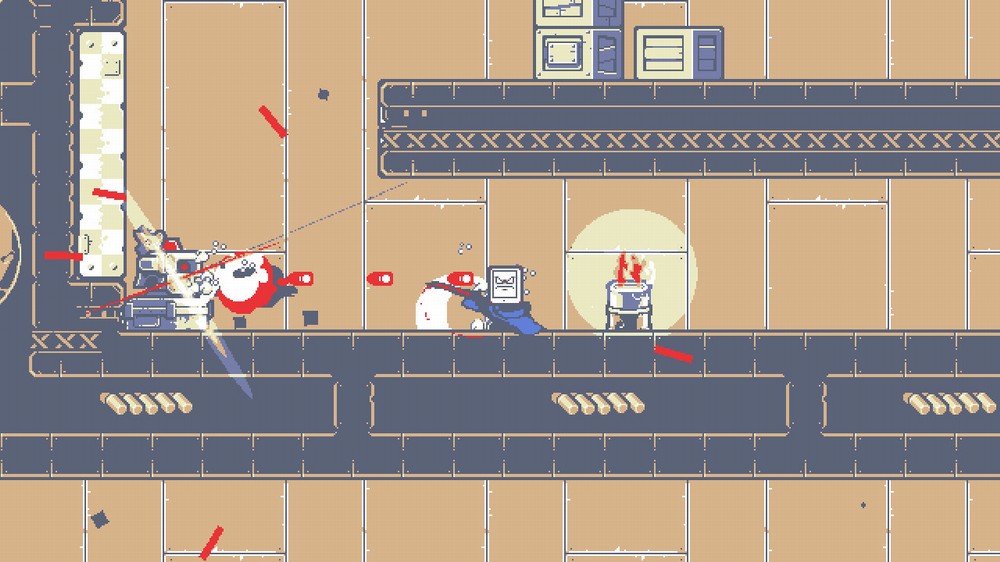