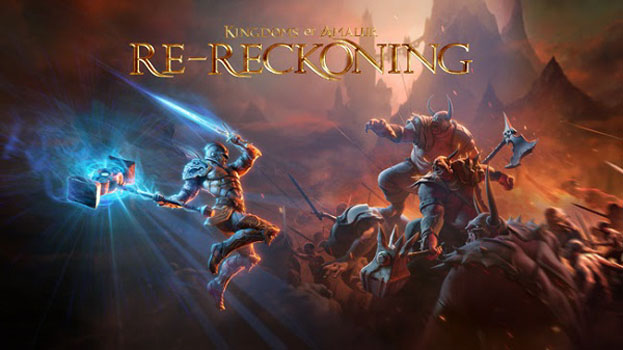 A solid fantasy RPG updated for new fans and worth a re-visit from old.

The year was 2012 and I had my eyes set on two wildly different titles early that year. One was the conclusive chapter in a spacefaring saga and the other was what sounded like an epic fantasy RPG that I couldn’t wait to play. Fast forward eight years and that rather enjoyable RPG has returned under new ownership with the release of Kingdoms of Amalur: Re-Reckoning for the Xbox One. This remastered version of the Xbox 360 title promised improvements on what is still one of my favorite titles from that generation.

But before I dig into those improvements, a little backstory is owed to any potential newcomers to the world of Amalur. Set in the Faelands of Amalur, you find that you kicked the bucket sometime before the start of the game. You’ll get to choose your race after a brief cutscene from one of the four available: noble humans Almain and nomadic humans Varani as well as the Ljosalfar (Light) and Dokkalfar (Dark) elves. Like any traditional RPG each one has various racial bonuses to levy into your decision. 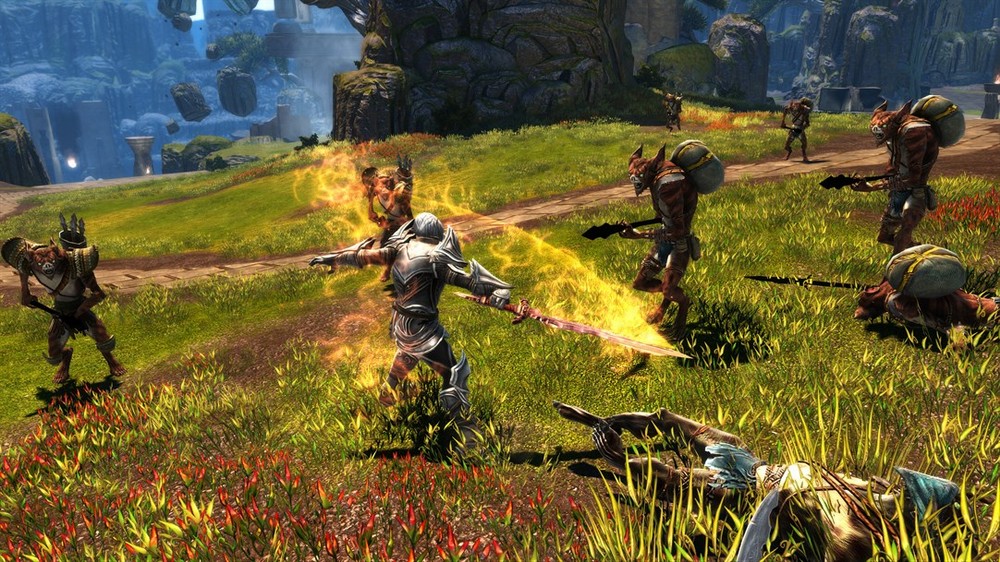 Having left this mortal coil, you are brought back to life through an experiment at the gnomish Well of Souls. You have no memory of who you were before as you wake up in a pile of corpses. Soon after the main enemies of the game, the Tuatha Deohn, show up having found the Well of Souls by some means. As its only success you have to flee in a tutorial style romp through its depths to reach Fomorous Hugues and your way out into the world. By this time you should have accrued just enough XP to earn your first level with skill and ability points in tow.

This is one of the things that I liked most about this game is its lack of the use of a traditional class system. While the groundwork for the staples of warrior, mage and rogue do exist within Re-Reckoning’s Destiny system you are not beholden to those classes. At the “Fateless One” your choices for the game are ultimately your own to make including being able to allocate earned points into the Might, Sorcery and Finesse ability trees. By allocating enough points into one, two or all three trees and you will unlock new Destinies with their own bonuses to utilize. If you think you messed up or want to try other Destinies then you can reset your points at a Fateweaver for a cost. 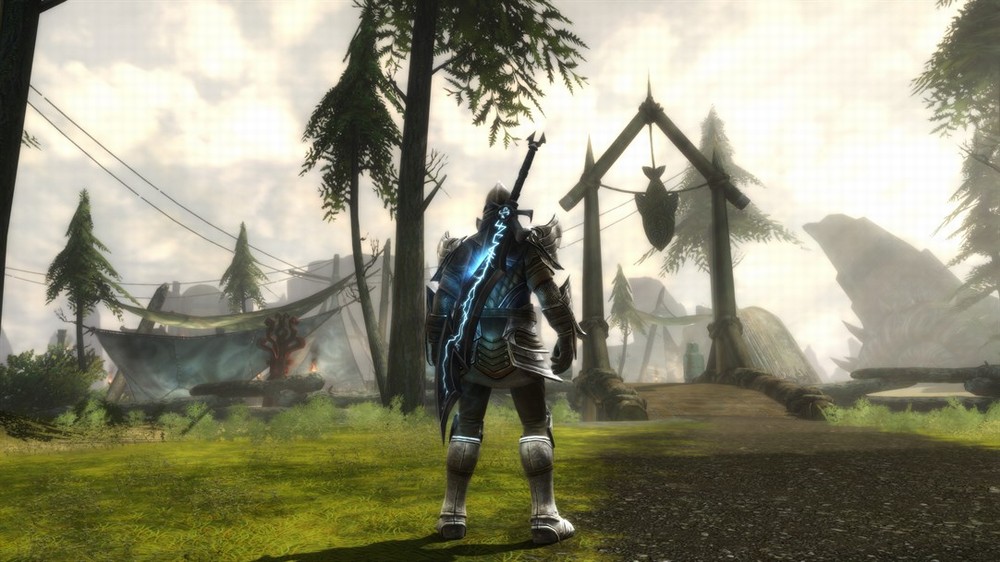 As being a being unburdened with an eventual fate, you can change the very lives of all those around you. This goes even beyond hard quest choices or the morality of stealing everything in sight. Everything you do or don’t do has a consequence even if you decide to off almost everyone in the game. Some folk like main quest givers and various others cannot be killed as it would break the main focus of the adventure. If you do choose to take that path, you can and will fail or completely miss out on side quests that you could have done otherwise.

With a title that revolves around the idea of fates, one question does remain. Did the improvements they made revitalize this originally flawed gem or is it fated to repeat itself? As someone pretty familiar with the original release, I definitely noticed some much desired improvements. For starters they fixed the sound mixing issue where spoken dialogue was too low resulting in having to turn up the volume. All too often my ears would start ringing as soon as I initiated combat having forgot to turn it back down. That luckily is fixed as everything is now balanced out with the audio. 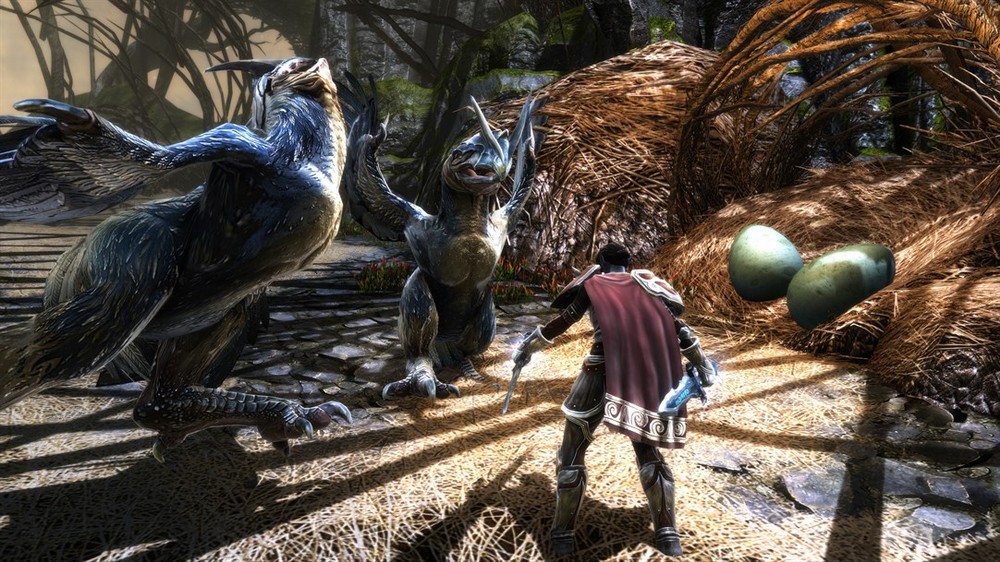 Visually this remaster looks a fair bit more detailed than before. There are moments where it does show its age in various cutscenes like the first one as well as some environmental ones. That said there is a new level of vibrancy in the world and its characters with better looking shadows, cleaner edges and textures on armors and weapons and sharper detail on foliage. This is a nice improvement because the fantasy art style of Amalur was already pretty good in the first place thanks to Todd McFarlane’s direction.

As with the original, Re-Reckoning also has the same weird camera angles when talking to people. At first it made sense since you were talking to gnomes who are of course shorter than the other races. But it still doesn’t stop there as you appear to be looking down on people who are the same height as you. It doesn’t happen all the time but enough that it’s noticeable. It isn’t a dead breaker but still something that’s continued to bother me. The menu system is also unchanged from the original version which is something I wish was refined. It may take newcomers a bit to get accustomed to its methodology as its still tricky as it was before with cascading categories within menus as you’ll find out. 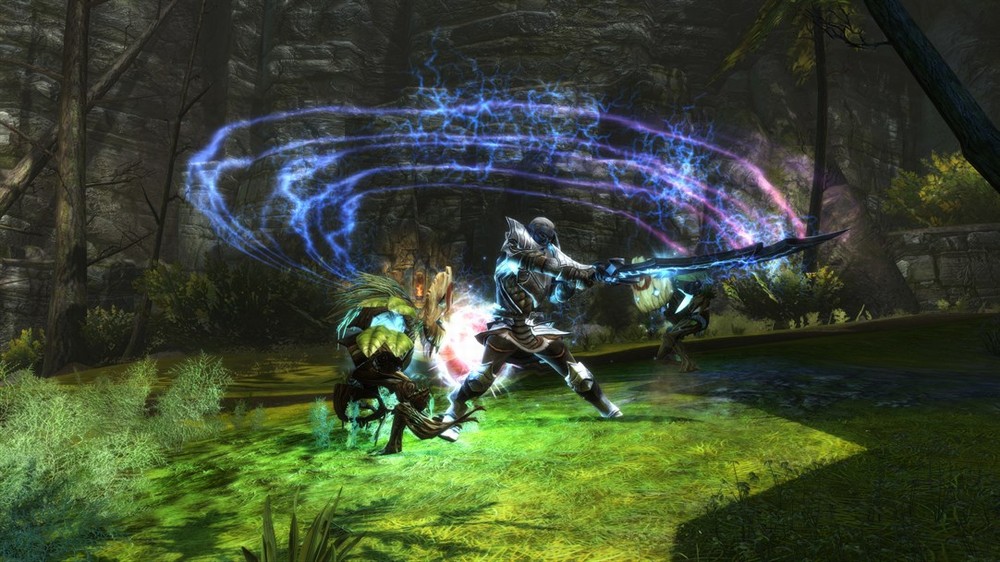 Combat at first appeared to be untouched aside from a smoother framerate during combat. For me the combat was like riding a bike again after years without as I was able to effortlessly jump right back in. Certain weapons do take a little while to get used to especially when you start unlocking new combos and abilities. As I learned the hard way years ago you can use pretty much almost any weapon but some you will find are suited for each of the three ability trees. While I really dug the animation and combat of the Chakrams, I found out that they favor the Sorcery line over the Rogue that I find myself going with. What I did enjoy was that they did add the ability to now slot eight abilities with the use of the triggers instead of the original four. This made using the various abilities you unlock a lot more flexible in combat.

Flexibility is nice so while there are some limitations to certain armors and weapons based on your choices in the Might, Finesse and Sorcery trees there are 9 different weapon types to try throughout Amalur. Depending on which race and subsequent skills you choose you can even forge new equipment or repair existing ones through blacksmithing. You can take that gear up a notch by utilizing Sagecraft to socket gems into them to gain new bonuses that are to your liking. 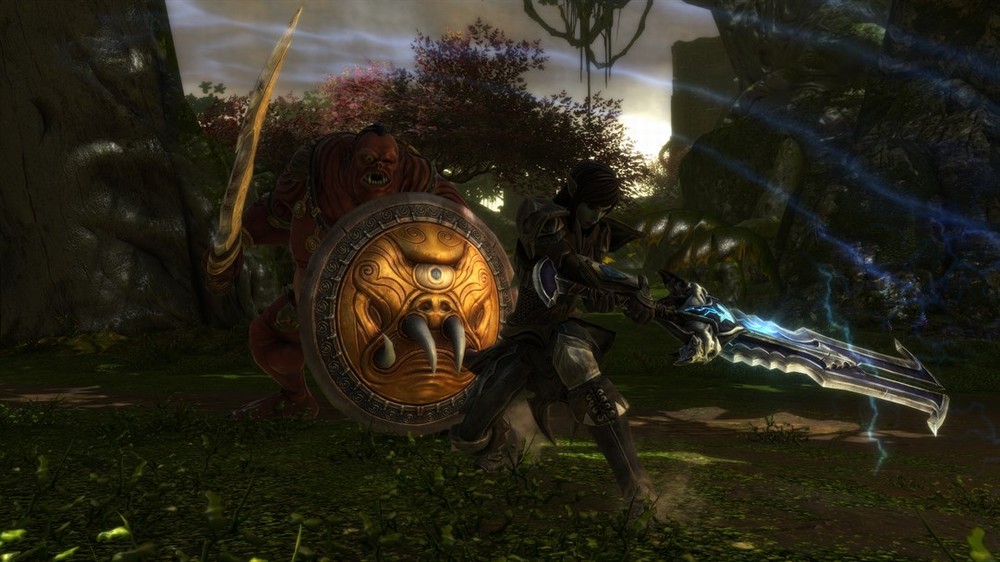 You won’t have to dive into that aspect of the game right away though as there is a slew of armor and weapons waiting for you in the first town of Gorhart. It’s here that you will find all of weapons that were released at various times during the original’s release. Yes that even includes the crossover armor set and weapons inspired by Mass Effect originally earned by playing the demos prior to release. You also get all the DLC in the form of The Legend of Dead Kel and the Teeth of Naros at the heart of it all. Both of these story DLC feature the inability to travel back to the main game until after a certain point in their story. They do however offer players new weapons, armor, items and even new Twists of Fates for the Destiny system.

During this new trip down memory lane, I have to say that they did a good job breathing new life into it. It’s not without its pre-exiting issues that carried over from the last generation like load times but it may not appeal to newcomers used to snappier transitions. I did encounter a bit of framerate issues at times but nothing that hindered anything drastically during my playthrough. Speaking of new life there is even a new expansion called Fatesworn slated to release in 2021 continuing your story even further.

What this will mean for the longevity of a game that I’ve wanted a follow up to is yet to be revealed but until then I’m pretty happy with this remaster. With the amount of content at your fingertips, returning fans can dive back in and try something new like choosing new combat paths or story choices and newcomers can just enjoy this adventure for the first time. If you enjoy titles like the early Fable games or just good old fantasy RPGs then you have to check out Kingdoms of Amalur: Re-Reckoning for the Xbox One today. 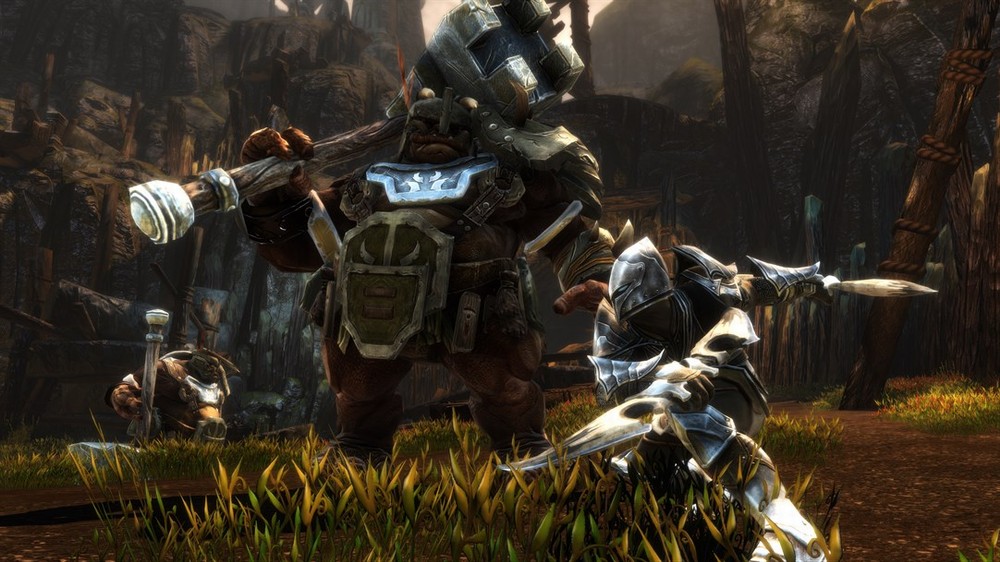 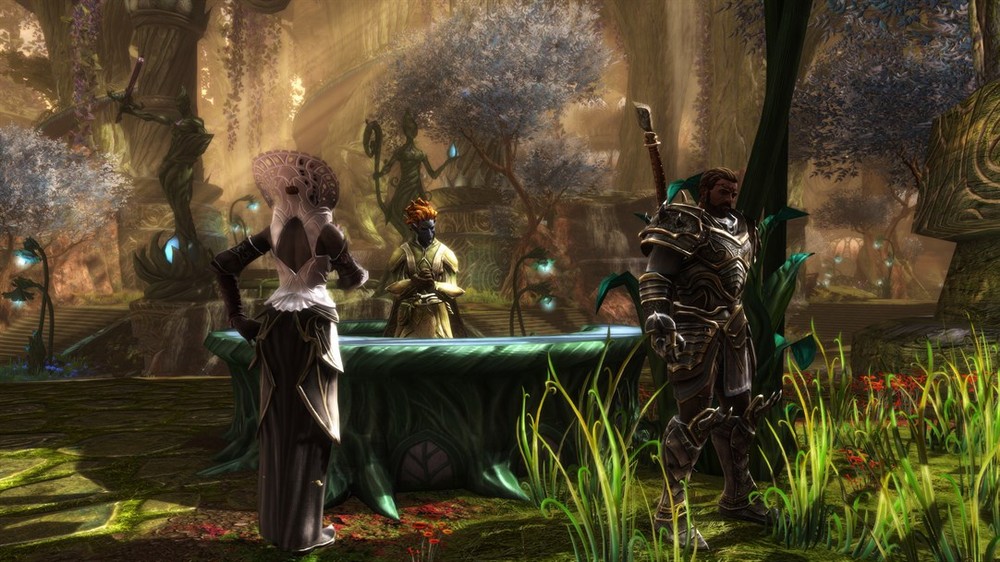 1
836
The Walking Dead: Saints & Sinners Review – Oculus Quest
2
738
Werewolf: The Apocalypse – Heart of the Forest launches on October the 13th
3
738
Worm Jazz Review – PC
4
737
Metamorphosis is 33% Off on Steam!
5
737
Synth Riders Celebrates Anniversary with a Month Full of Treats and an Oculus Ques...
6
737
Take to the Skies and Choose a Side in the New Trailer for Next Generation Air Com...
7
737
CRASH BANDICOOT 4: IT’S ABOUT TIME IS AVAILABLE NOW
8
737
Frictional Games Shows Off First Gameplay Footage of Amnesia: Rebirth
9
737
Join the Galaxy’s Finest as Star Wars™: Squadrons Soars Into Homes Today
10
737
The Falconeer First-Look Preview – PC
All Original Content on Game Chronicles is Copyright (c) 2002-2020
Sinjin Solves Walkthroughs Copyright (c) 1996-2020 by Mark Smith