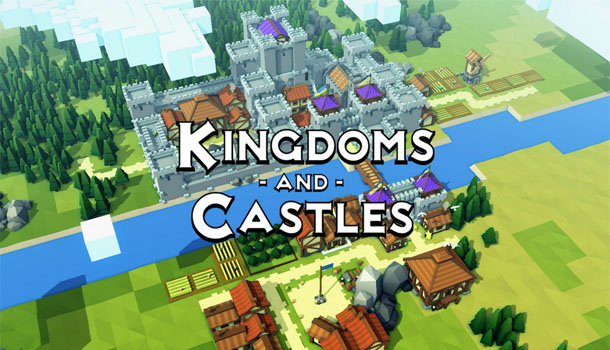 A fun, simple and colorful alternative for sim-builders.

Do you like building stuff? How about managing resources? Into medieval themes? Then your journey ends here because with the release of Kingdoms and Castles by Lion Shield LLC, you too can be the Lord of your very own domain. If the in-game calendar is anything to go by, I’ve spent roughly 1,200 years building, defending and populating my kingdom, dealing with challenges ranging from barren land that no food will grow on, Vikings pillaging my town and kidnapping my citizens to a dragon attacking and burning my treasured buildings to ash.

Kingdoms and Castles does a very good job of getting you started with your domain dreams by being very informative on what you need to expand your lands and buildings with all requirements for materials and prerequisites being shown to you in a simple tool-tip once you hover over the building or expansion you want to build. As with all city builders, base models will start out costing very little material; in this case wood, while more advanced builds need tools, which can be made at a blacksmith once you have built one and iron, which you will need to find and build a mineshaft to collect. To help you with your expansion you will have three advisors show up at your castle to guide you in the ways of War, Agriculture and City planning. Once you get the hang of the game though you will probably turn them off like I did. 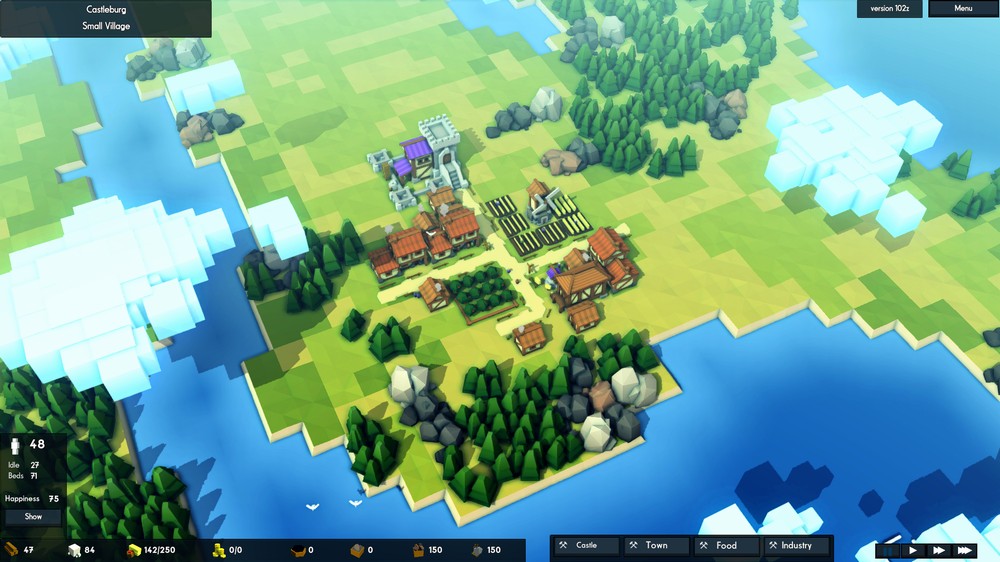 The great thing about Kingdoms and Castles is that you don’t need to be a CIV master or even a beginner to pick this up and get started, as it ships with three different modes to choose from; Beginner, in which no enemies attack and your only issues are feeding your citizens and keeping them healthy, Medium, where you get some enemies attacking every so often so you have to beef up your defenses to deal with them, and of course a Hard mode, where not only do you have to deal with dragons and Vikings much more often, but the happiness of your citizens can affect your gameplay as well. Obviously this mode is not for those who can’t deal with multiple crises at once. I’m talking Viking attacks while a dragon is razing your fortified towers and you’ve only have enough resources to build up one army unit.

Kingdoms and Castle’s maps are generated after you’ve chosen your difficulty so you may find yourself clicking that generate button quite a few times until you think you’ve found the perfect plot to build on. Don’t be fooled though; what looks good in the beginning can end up being a pain in the butt later. 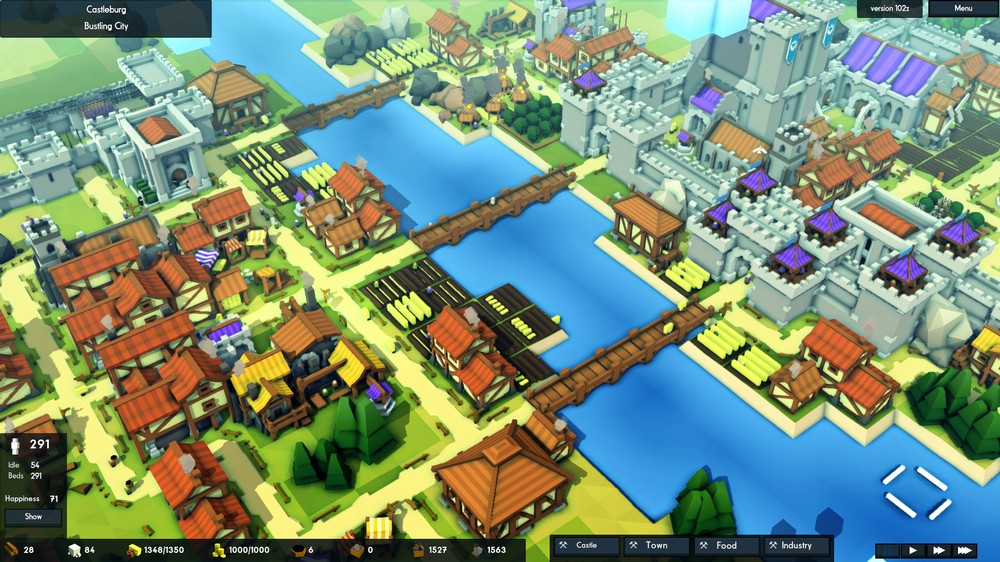 While I can’t say I’ve found a way to “Beat” the game, as there is no end goal, my main goal was to simply keep my people happy, fed and safe from attack. I mentioned challenges earlier and the attacks you’ll have to endure but really my biggest worry was simply getting enough food for my people to survive the winter, as it’s not just a matter of plopping down a farm and calling it a day. You have to make sure the land is fertile, that your citizens can gather the food and store it in the granaries in time for winter so that they will survive and be happy during said winter.

The plots of land are color coded as different shades of green from dark vibrant to a mellow yellowish tinge that you’ll want to avoid trying to grow on. Your best bet is to simply plop a windmill on those spots to increase the yield on the other more vibrant fields around it. Along with food, you have to use your wood supplies carefully otherwise you may find yourself cutting down everything around you and being left with nothing to use later on. Building a sawmill will keep your supply up while not damaging the landscape and leaving you unsupplied. All these things will keep your citizens happy and more productive as well.

While Kingdoms and Castles certainly doesn’t rate as “realistic”; especially when it comes to the game graphics which are more similar to Minecraft blocks than anything else, it certainly does have its own charm in the way it presents itself as just a fun, simple and colorful alternative for sim-builders to enjoy when they aren’t off conquering the lands alongside Gandhi. 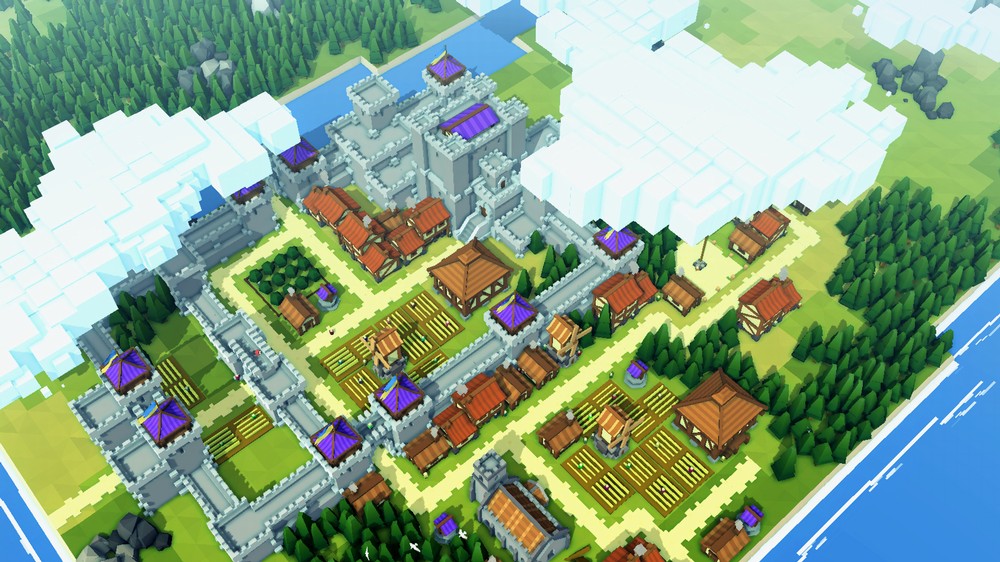 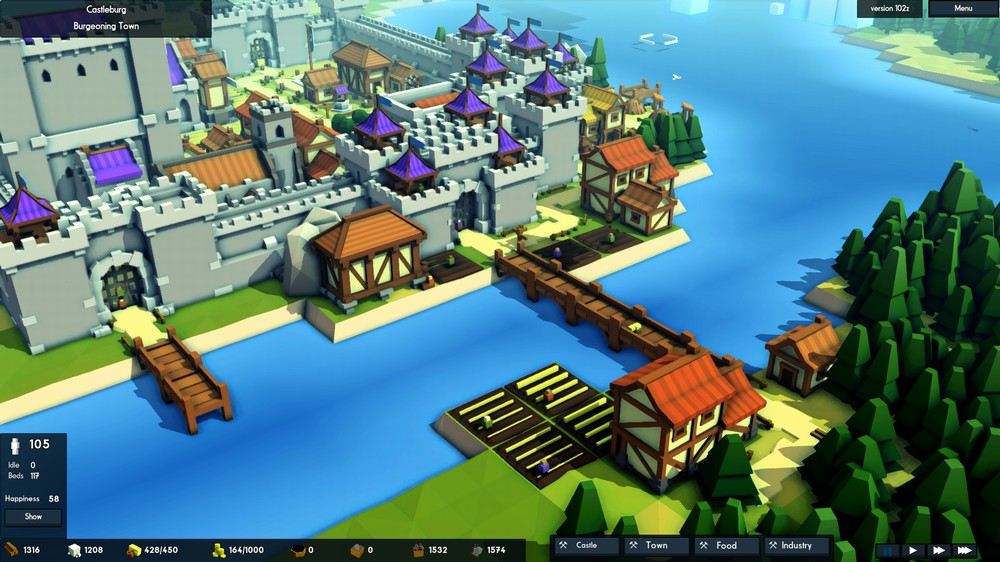 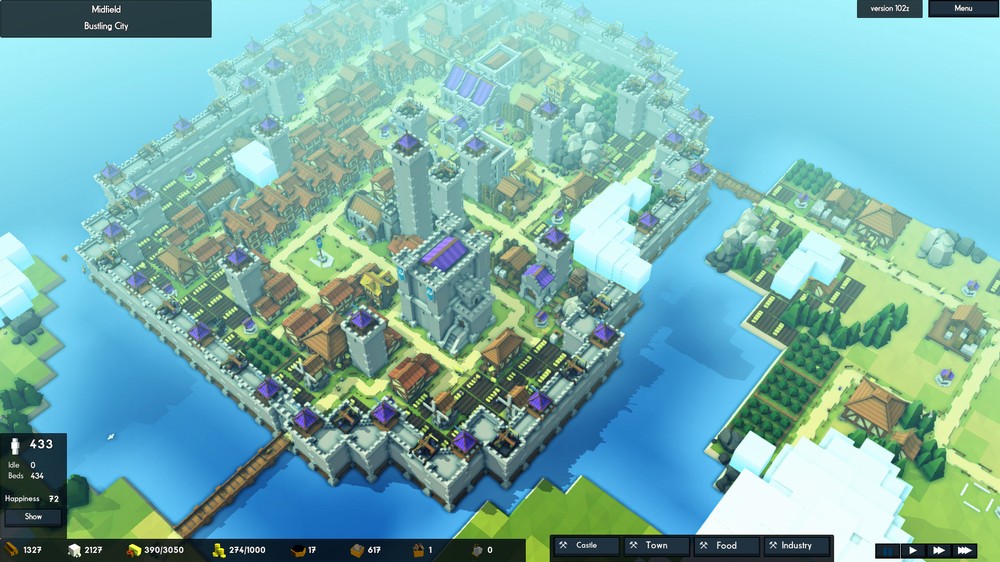 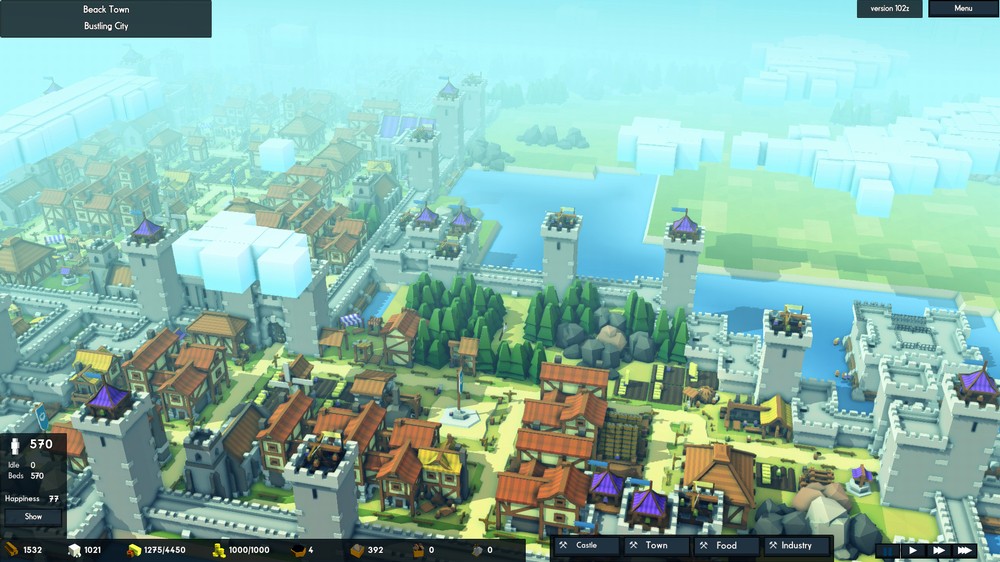